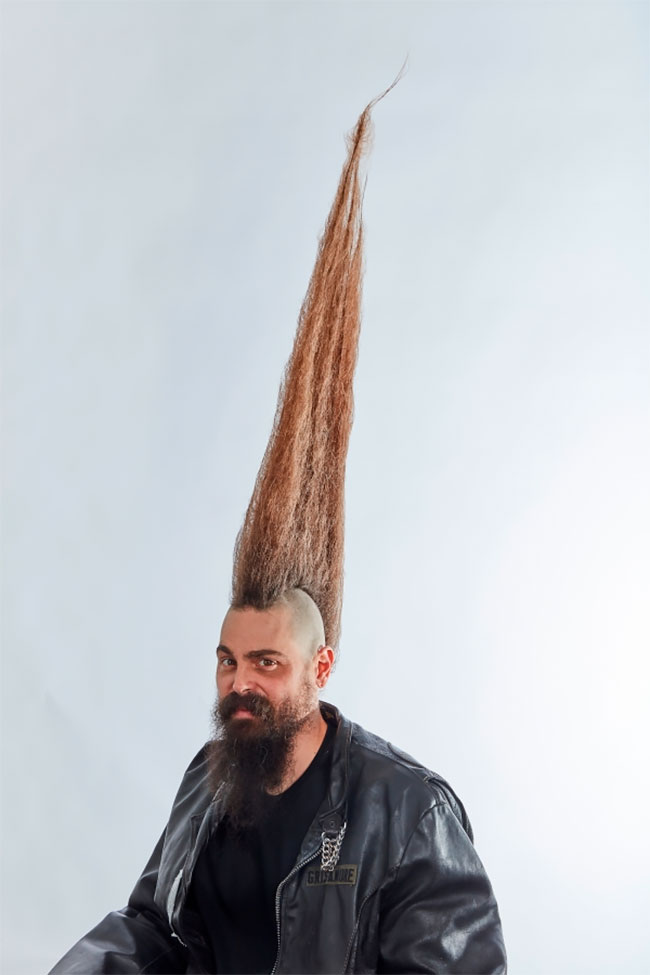 A Minnesota man broke a Guinness World Record when his hair was styled into a Mohawk that measures 42.5 inches high. Joseph Grisamore said he initially attempted to break the Guinness record for the world’s tallest Mohawk in 2007, but his hair fell short of the needed height. 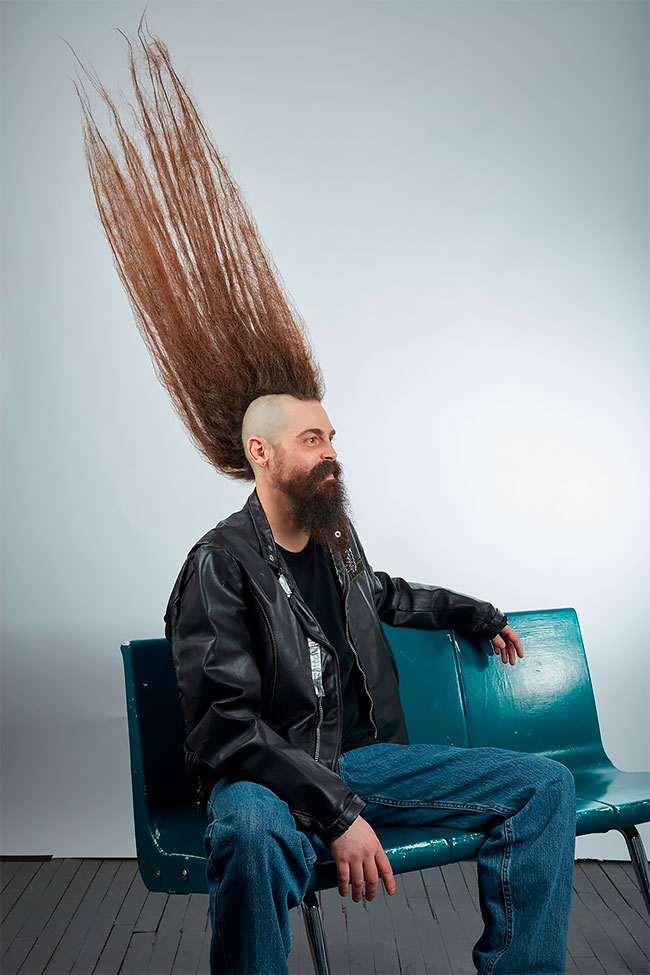 Grisamore’s attempt for the 2021 Guinness Book of World Records took place at Family Hair Affair in Park Rapids, where stylist Kay Jettman spent hours working on his hair with help from wife Laura and mother Kay. 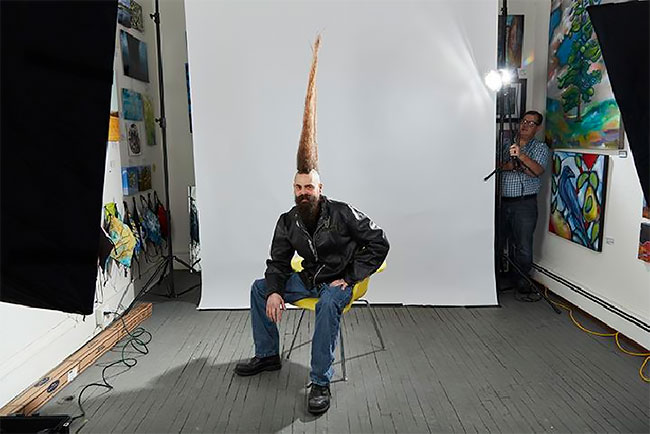 The stylists said it took a half can of Got2B Glued Blasting Hair Spray to make Grisamore’s hair remain vertical. 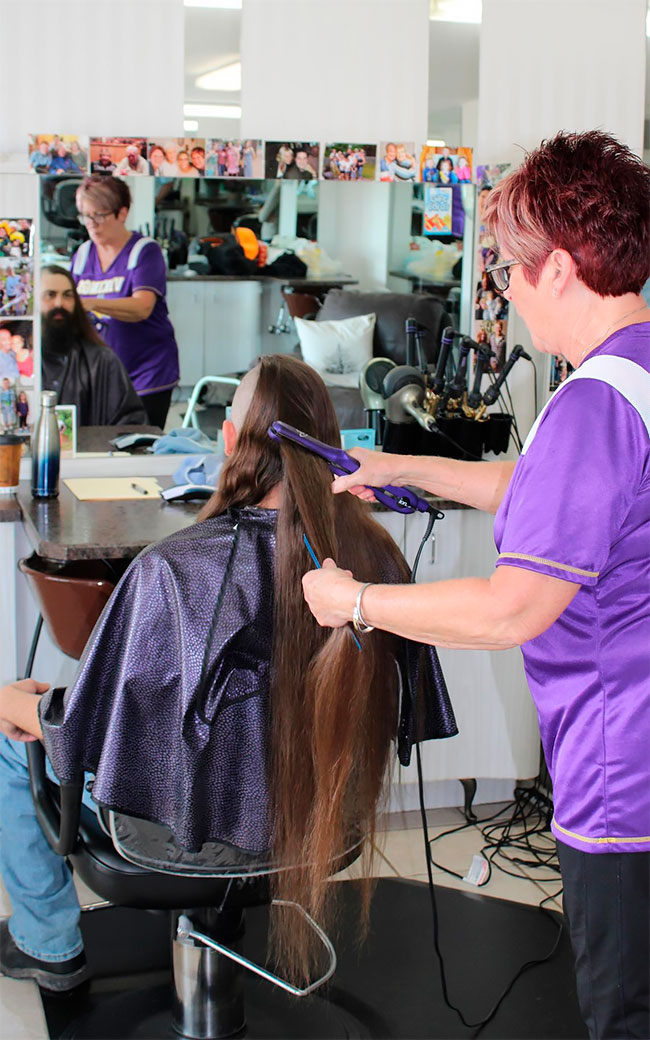 “I feel like I gave birth to a mohawk,” said the hairstylist Kay Jettman. 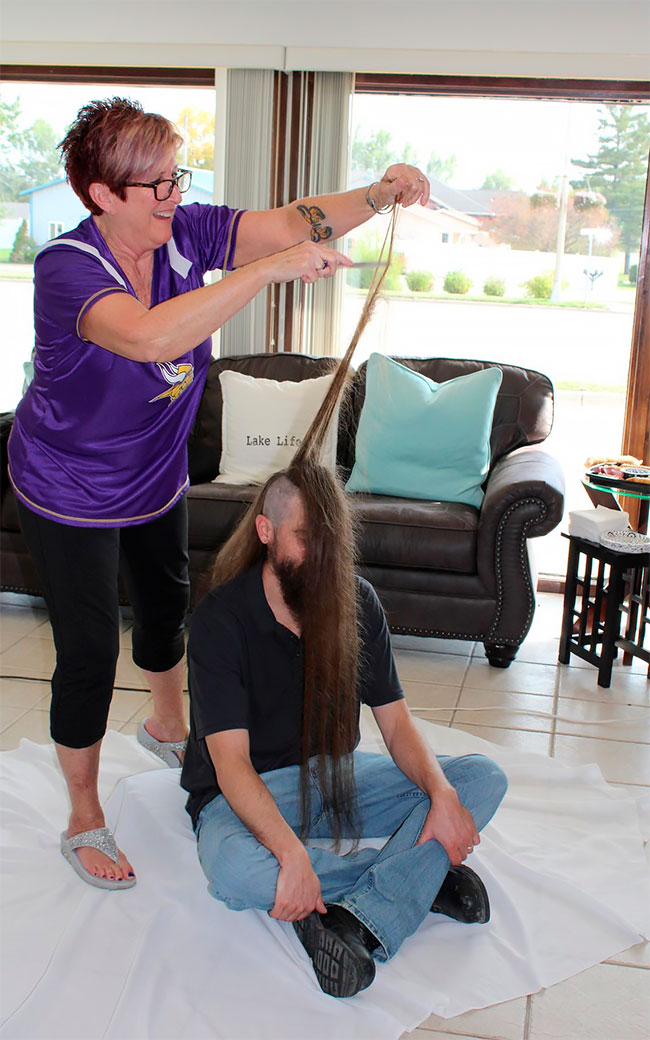 “If I give it another year, I can go for the other world record, too,” Joe Grisamore said. 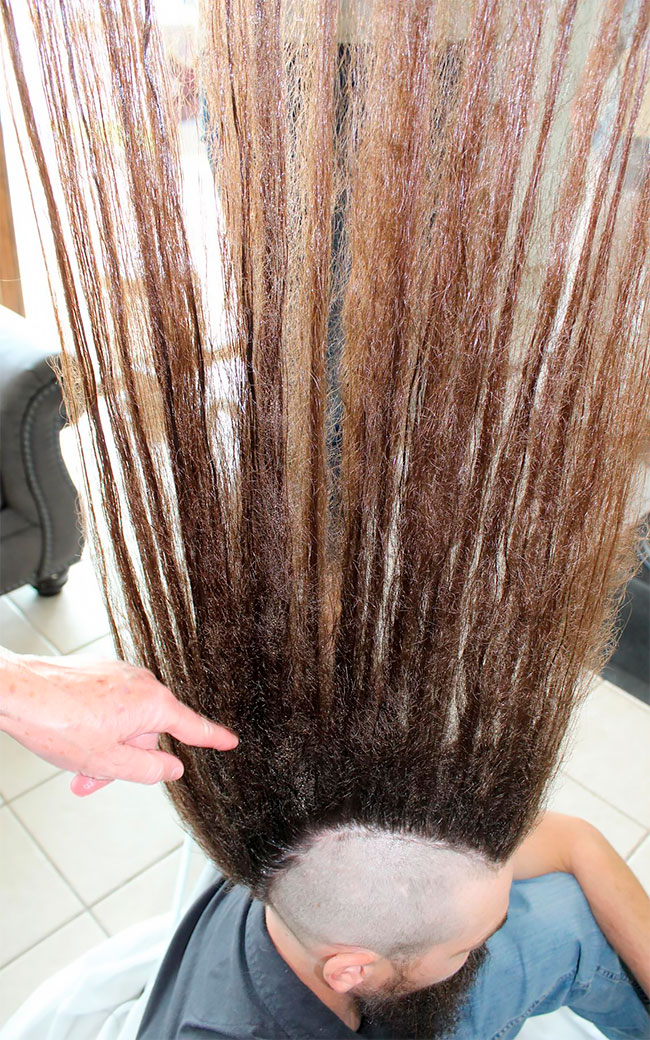 A repeat try for the tallest mohawk spike. That current record – 4 feet – has belonged to Kazuhiro Watanabe of Tokyo, Japan since April 2014. 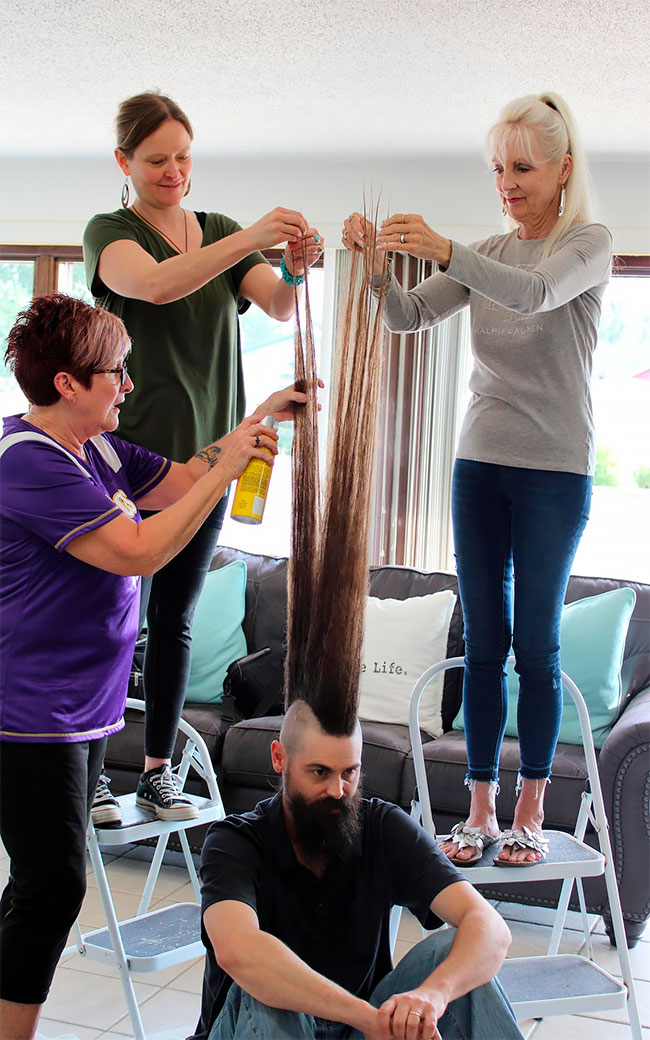