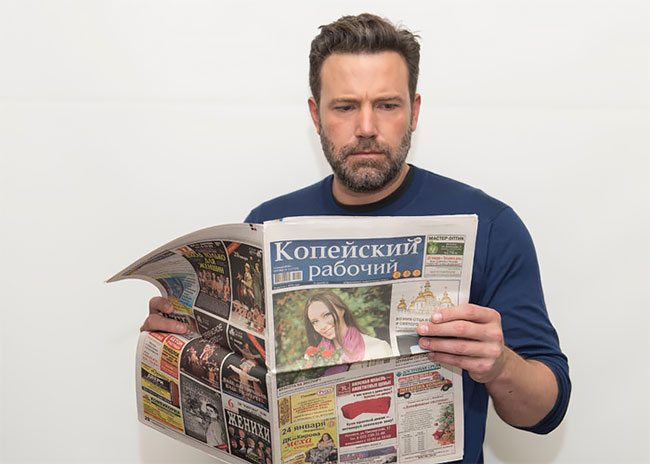 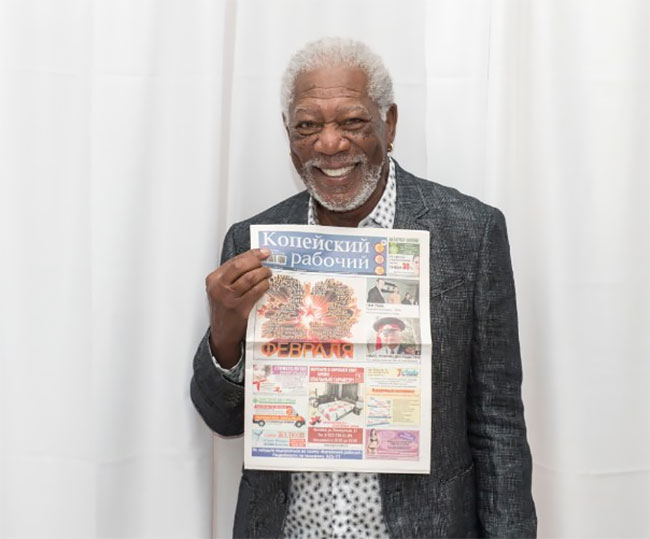 No, it’s not a Photoshop! The honest newspaper editor of “Kopeysk worker” guarantees. For the past 4 years the newspaper has gathered the collection of unique photos of Hollywood celebrities, but made it ​​public only now. The newspaper “Kopeysk worker” – one of the oldest media of the Chelyabinsk region. However, hardly anyone except residents of the Kopeysk would know of its existence, if not a collection of unique photographs in which Hollywood stars are proudly holding it. 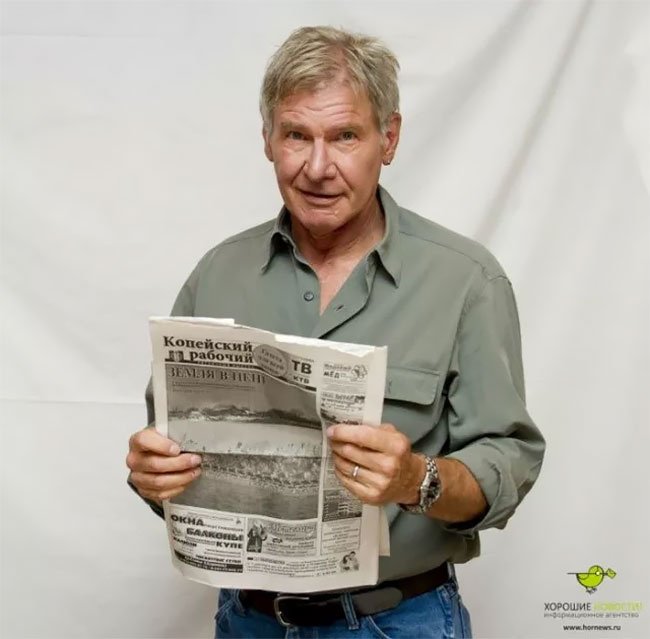 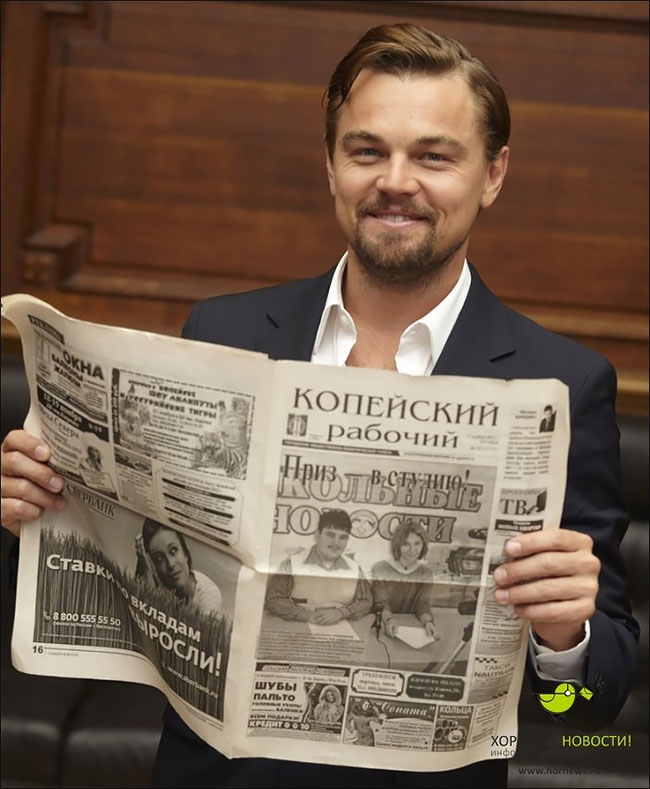 The first issues of Kopeysk newspaper photographed Johnny Depp back in 2009. When the newspaper had a picture of Johnny Depp, the readers had a shock. 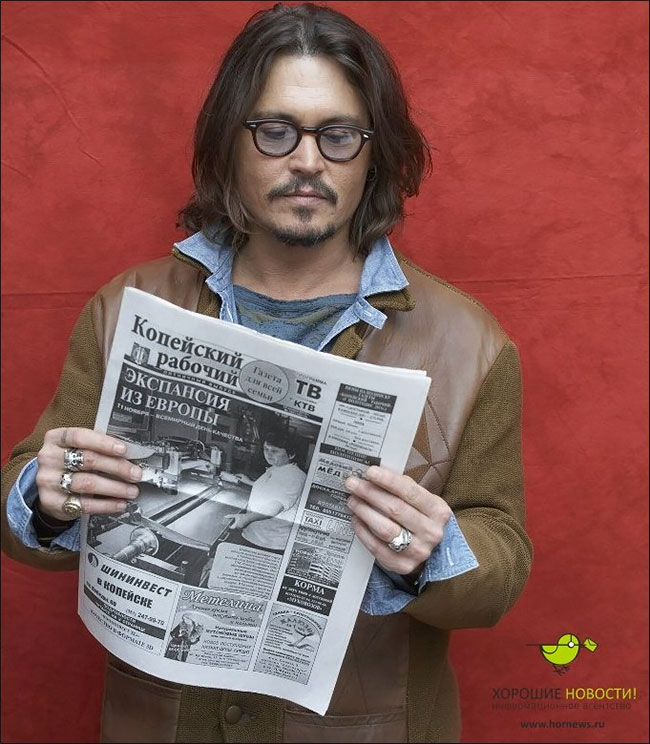 Johnny got the newspaper from Jack Tewksbury, a Hollywood film producer of “The Great Gatsby”, “Die Hard 5” and, by happy coincidence, the husband of the former resident of Kopeysk – Margarita. It was her own idea to glorify her local newspaper in Hollywood. 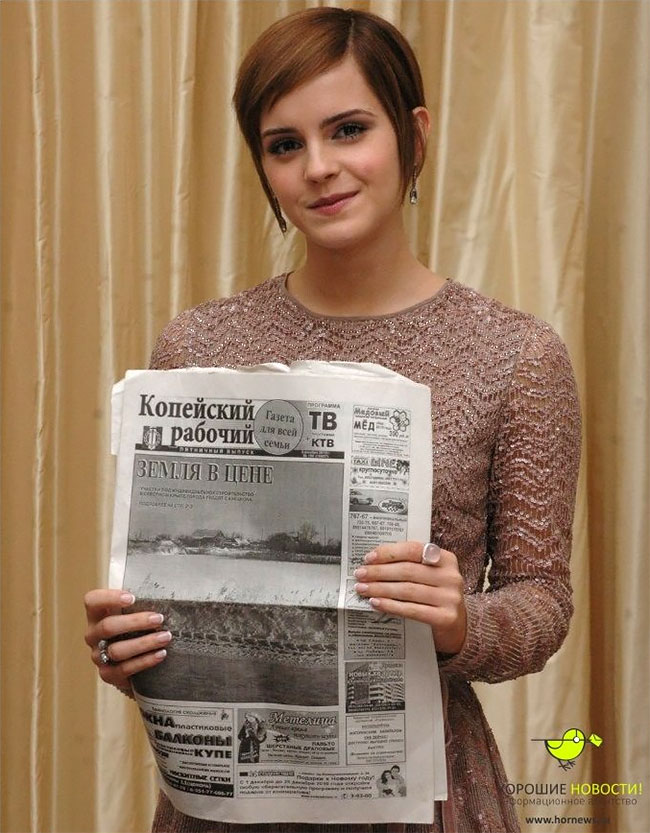 For four years, they penetrate into the dressing room of Hollywood celebrities, take photos of stars and offer them to participate in photo session with a fresh newspaper, sent to the United States from the distant Urals. 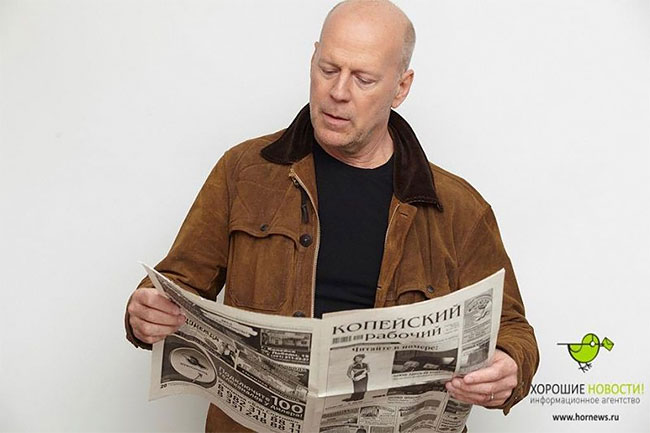 “We have an agreement with Margaret and her husband, that we publish in our newspaper announcements about the world film premieres and interviews with the actors who participated in the creation of these films. One time we even took $ 200 for each announcement” – explains the executive secretary of Dmitry Sogrin. 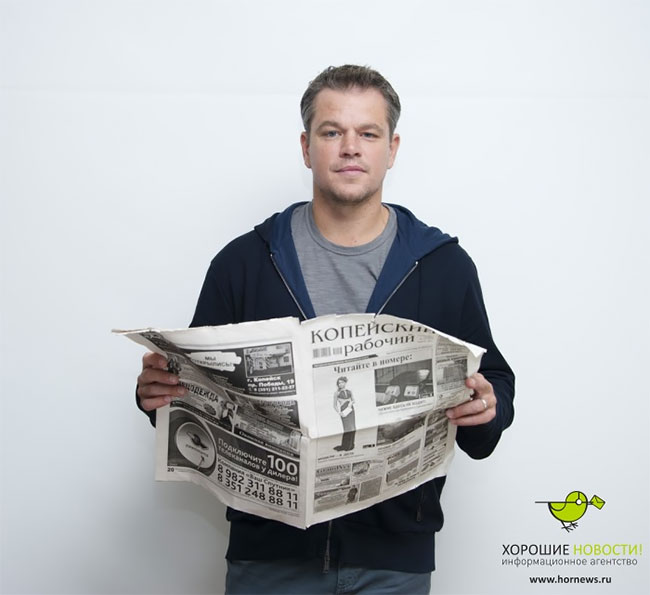 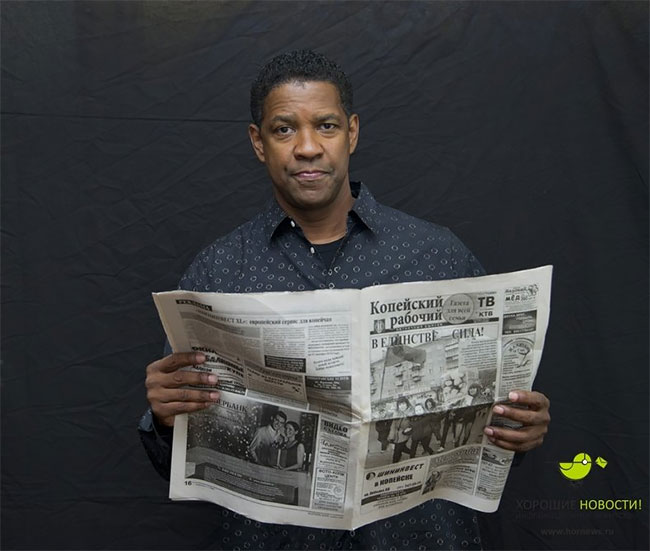 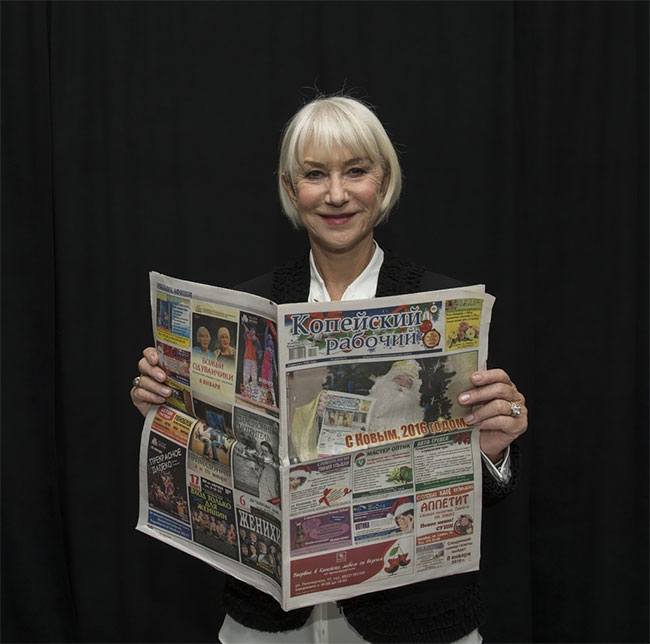 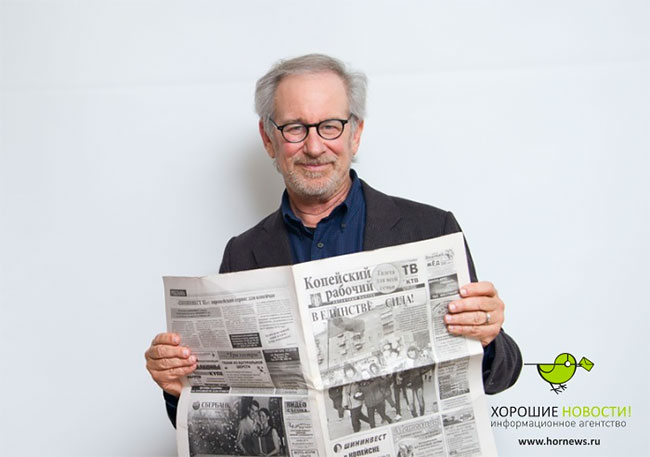 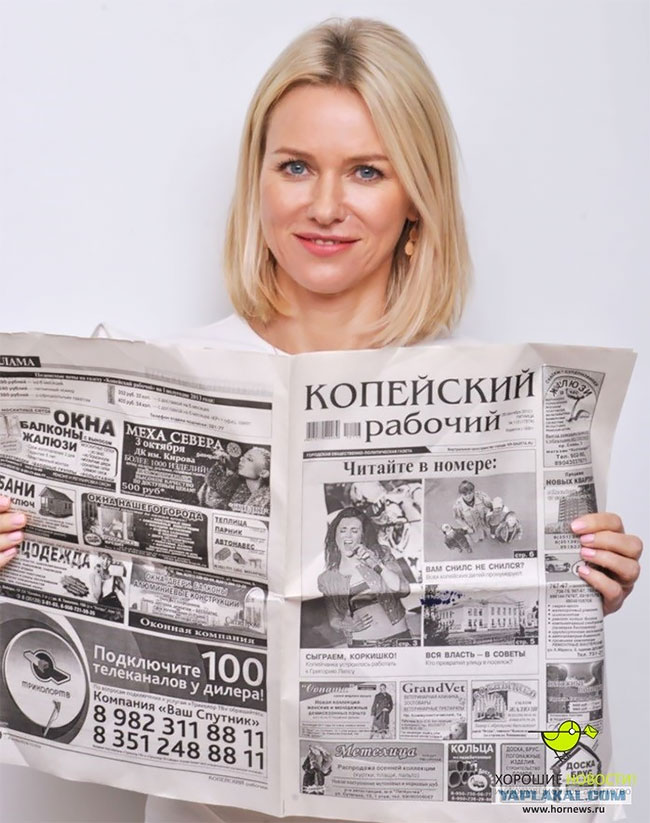 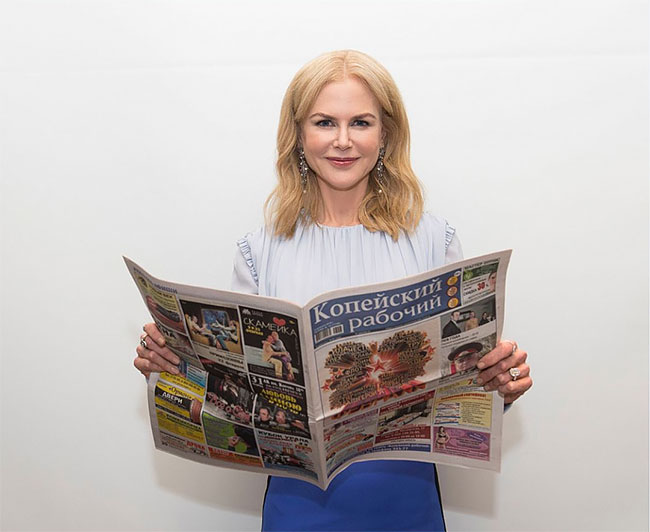 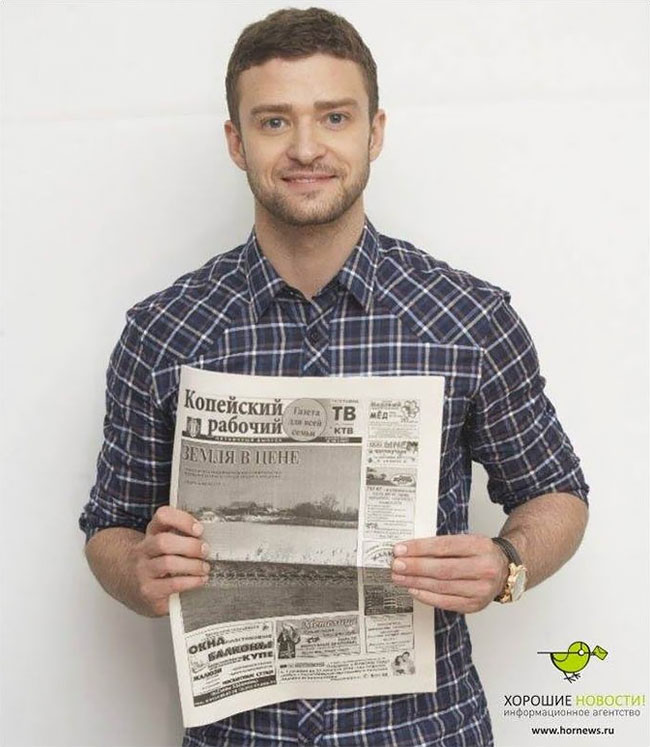 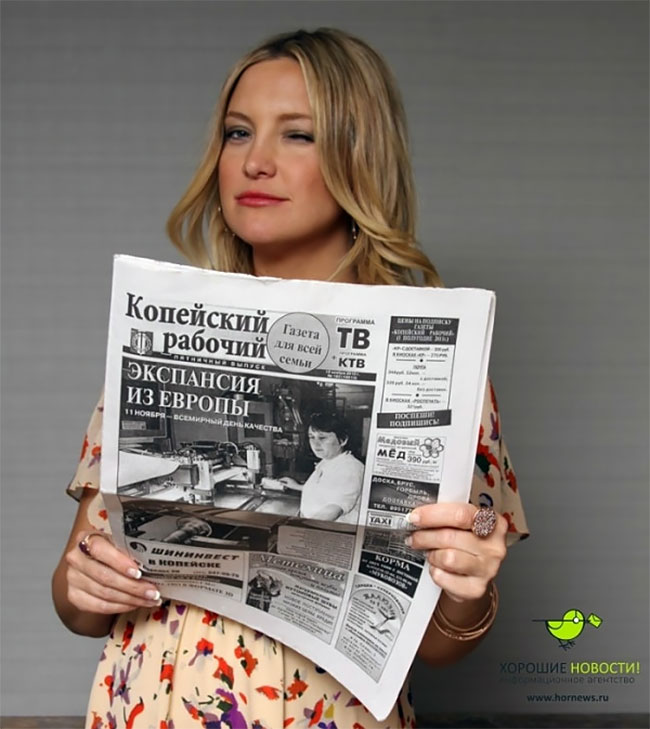 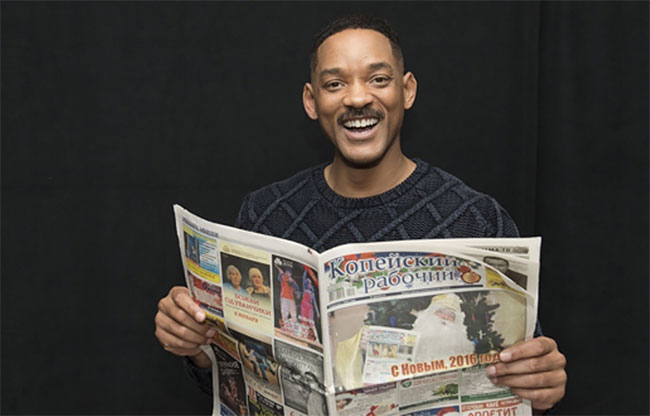 2 Sisters Who Loved Disney's 'Frozen' So Much They Made the Costumes
"Keep the Dream Alive": The Superb Everyday Surreal Artworks of Mostafa Khaled
"The Last Of Us" Concept Art By John Sweeney
The Funniest Signs From Anti-Brexit March #PeoplesVoteMarch
Nychos New Mural In San Francisco, USA
OAS1S: Welcome To Urban Forest Neighborhoods When The Houses Are Disguised As Trees
A Little Girl And Her Mother Imagine Creative Dresses On Instagram
Boston Artist Matthew Zaremba Has Used Art and Instagram to Process Reality and Capture His Feelings
"Broken Promises": 80s Anime Aesthetic in Artworks by Ana Aleksov
A Japanese Artist Created Astonishing 3-Dimensional Sculpture Of The Sirene
2007 ‒ 2023 by Design You Trust. Proudly hosted by WebHostingBuzz.
Privacy Policy · Terms of Service · Content Removal Policy ❤️ 🇺🇦