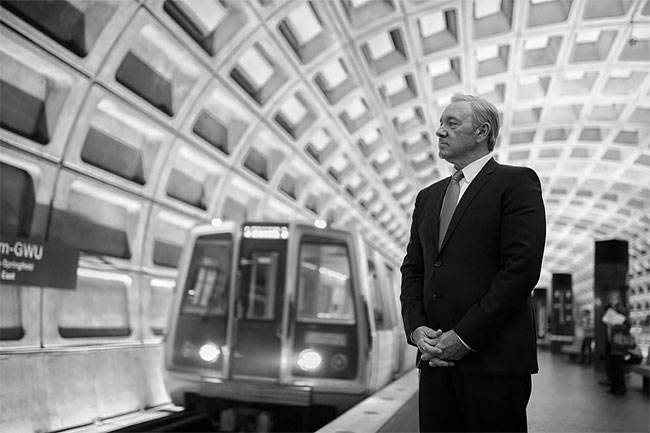 Pete Souza, who followed Presidents Obama and Reagan around snapping photos, is at it again in Washington, D.C., Monday, where Kevin Spacey, in character as House of Cards’ fictional president, is hitting landmarks in the nation’s capital for a publicity photo shoot for the Netflix series, with Michael Kelly, who plays aide Doug Stamper, in tow. 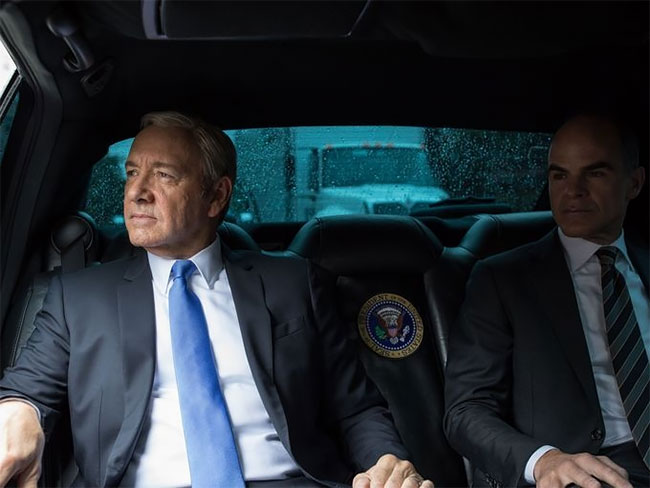 Souza is known for his candid shots, and a new book, Obama: Intimate Portraits: The Historic Presidency in Photographs, is due later this year. 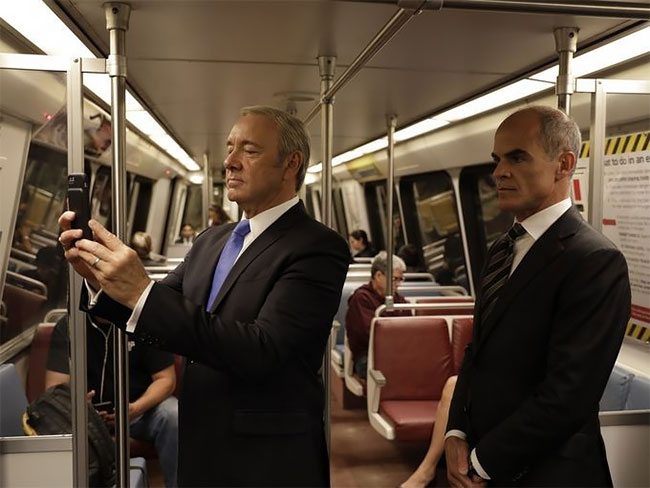 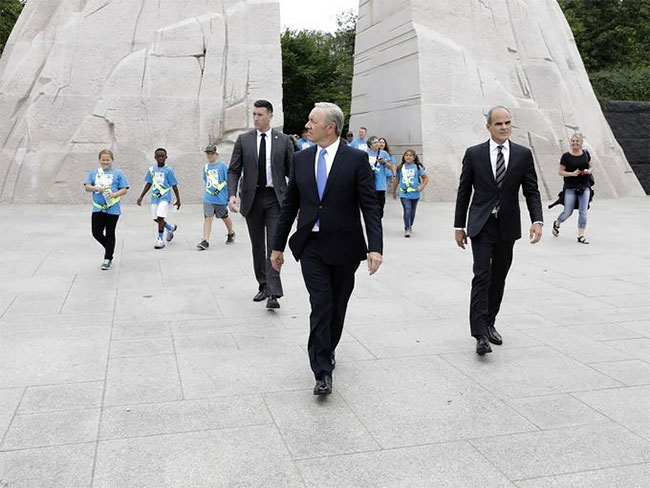 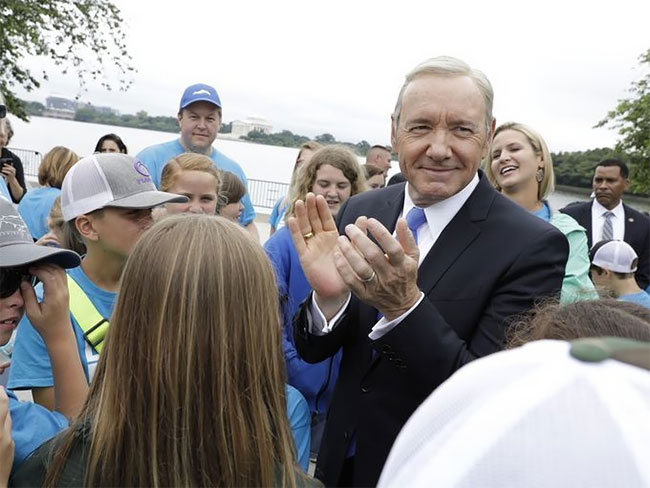 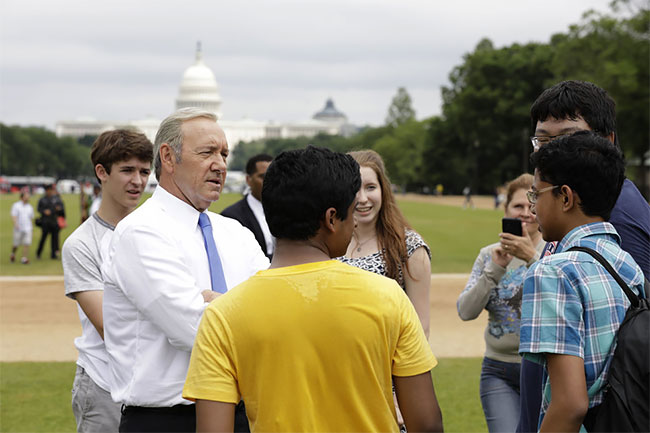 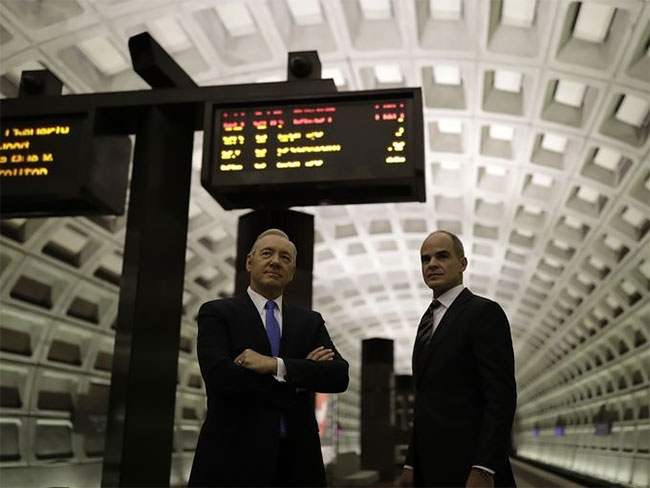 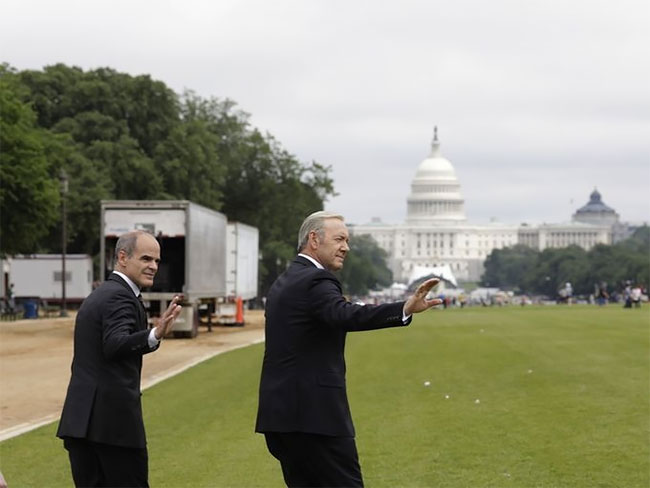 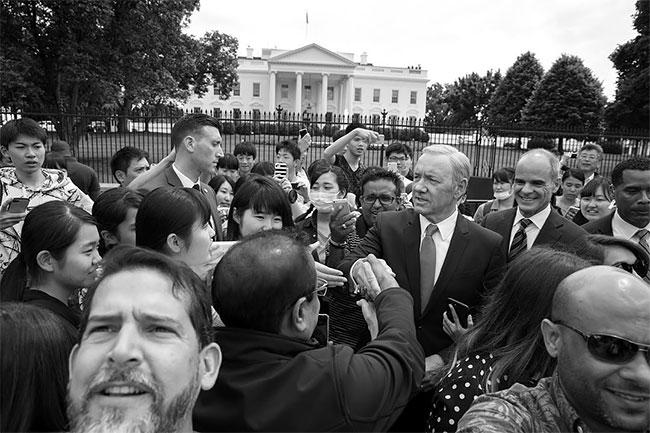 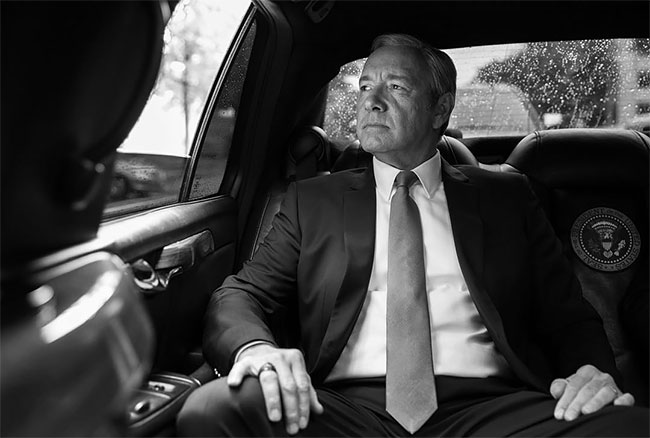 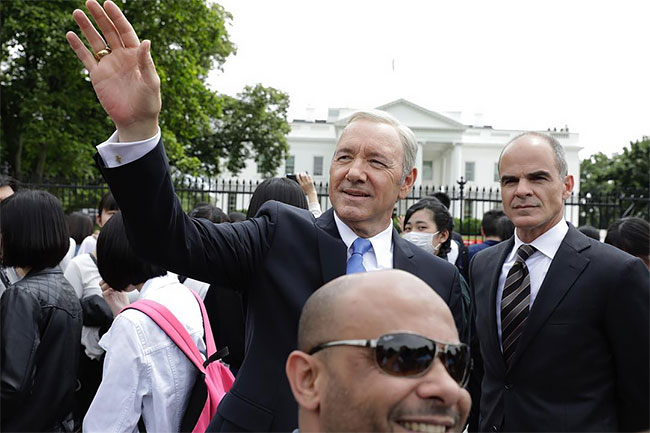 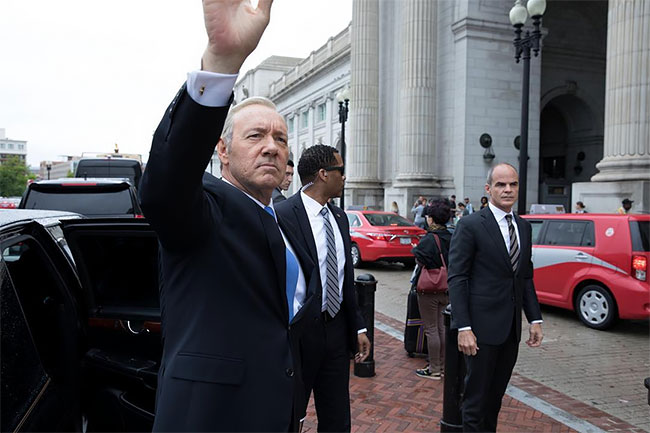