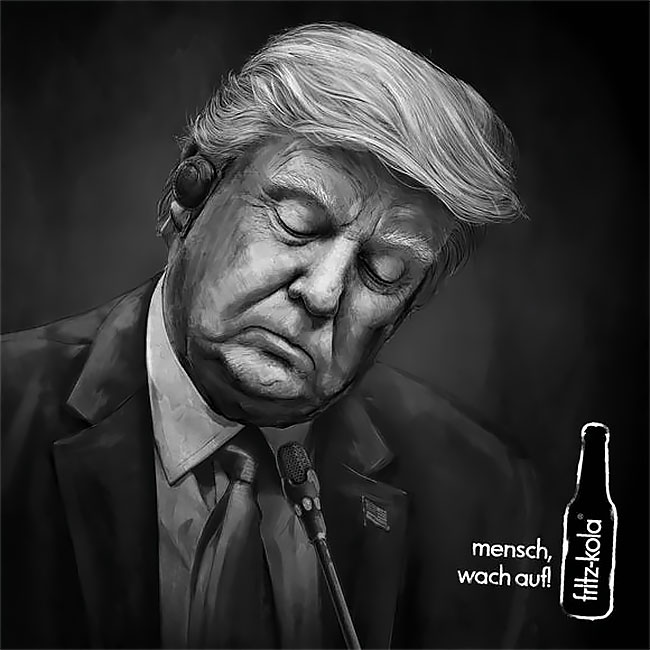 The German beverage producer Fritz-Kola just started a really amazing campaign. As some of you may know, from 7-8 July the G20 meeting is taking place in the German city Hamburg.

The yearly meeting is kind of a trial of strength between the most powerful nations planning worlds future. While the big players are talking, the city is quite near to a state of exception which in fact is leading to interventions into civil right and restrictions for inhabitants and business people.

The whole campaign is written in German language and is titled “Mensch, wach auf!”, which basically means “Man, wake up!”.

The company tries to raise consciousnesses regarding this meetings, which take place closed from public and little to nothing is known about what they really decide about. 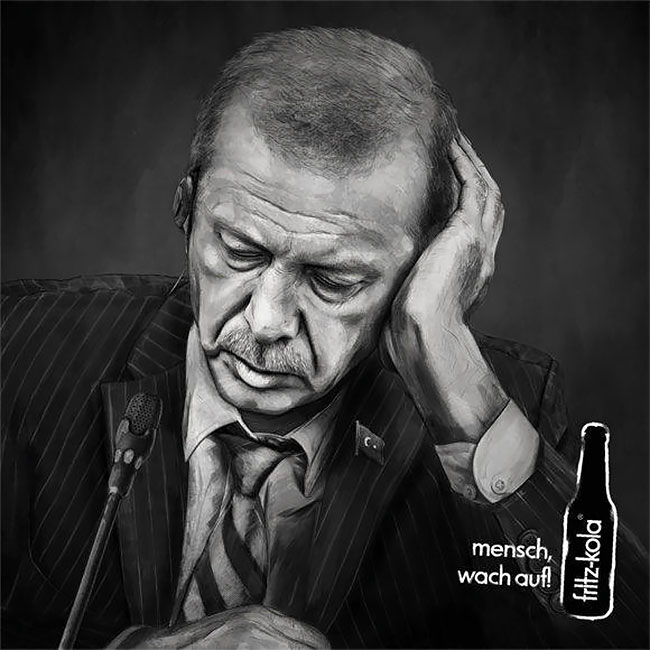 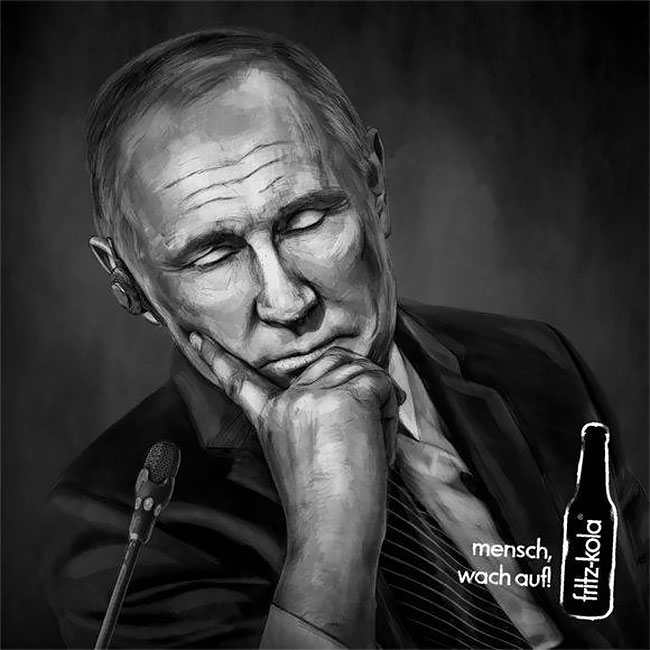 Love Like Blood: The Superb Macabre And Gothic Artworks Of Abigail Larson
Awesome and Free Birdy Twitter Icons
Japanese Guy Absolutely Nails Anime Girl Cosplay, from Evangelion to Sailor Moon
"100 Grumpy Animals": Artist Draws a Grumpy Animal For Each Day of 2020
Mathew Borrett’s Imagined Dystopian Cityscapes Are Both Unnerving And Whimsical
We Are Just Grains of Sand on This Earth: Tomás Sánchez Draws Giant Forests and Massive Landcapes
"Weapons of Mass Seduction": The Superb Dark Humor Paintings of Victor Castillo
Miniature Cage-like Balconies Attached to a Building
Guy Shows Off His Amazing World War II Cover Up Tattoo
Artist ‘Vandalizes’ The Streets With His Fun And Unique Pixel Art
Cute Illustrations Remind Us Why Pregnant Women Deserve Our Seats More Than We Do
French Graphic Designer Exploring Limits of The Relationship Between Humans and Technologies Through Our Body
Miniature Books Collection Of Jozsef Tari
Shai-Hulud and Dream Worlds: Fantasy Illustrations by Marc Simonetti
16 Images That Perfectly Capture How Completely Nuts Modern Life Has Become
These People Recreated 50 Famous Artworks And Some Might Be Better Than The Originals
Here’s What Julius Caesar, Cleopatra, Caligula And Others Would Look Like Today
A Creative Dad Brings Family-Favourite Cartoon Characters To Life By Putting Them Into Hilarious Situations
Fashion Campaign for Schield Collection
Unbelievable Hyper-Realistic Pastel Drawings On Boards Of Wood By Ivan Hoo
Readers Put Themselves On The Cover For #bookfacefriday
Beautiful Award-Winning Photos Of The HIPA Contest That Will Make You Appreciate The Natural World
Vintage Advertising Photos Of A Serbian Brewery From The 70s
Psychedelic and Nothing Superfluous: Illustrations by The Artist SilllDa
campaign, company, fritz, german, related, starts