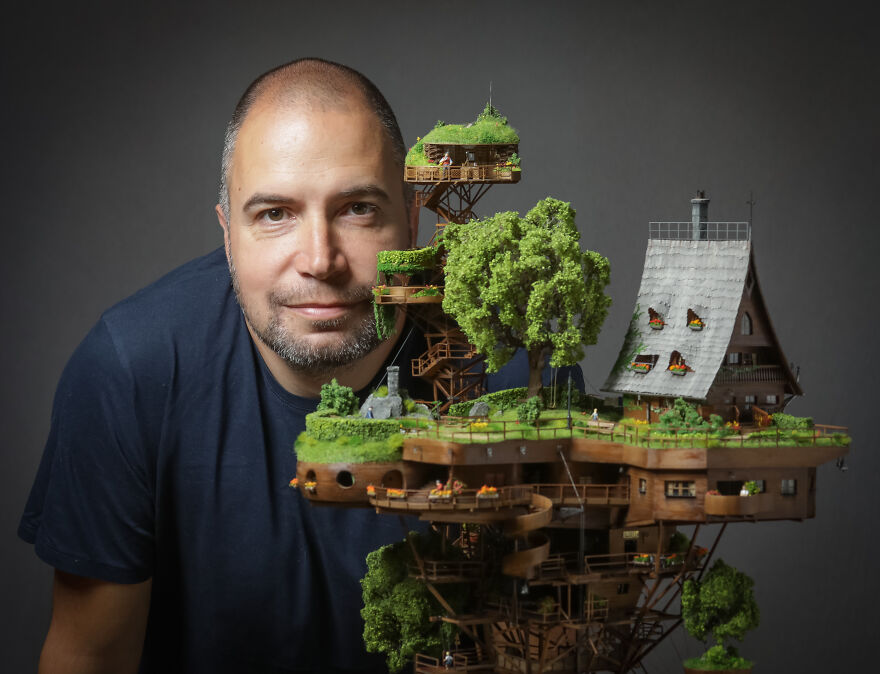 Ognyan Stefanov is an accomplished aviation photojournalist and graduate of the prestigious National Academy for Theater and Film Art in his native town of Sofia, Bulgaria. His award-winning aerial photographs have been featured at exhibitions and appeared in numerous global publications. 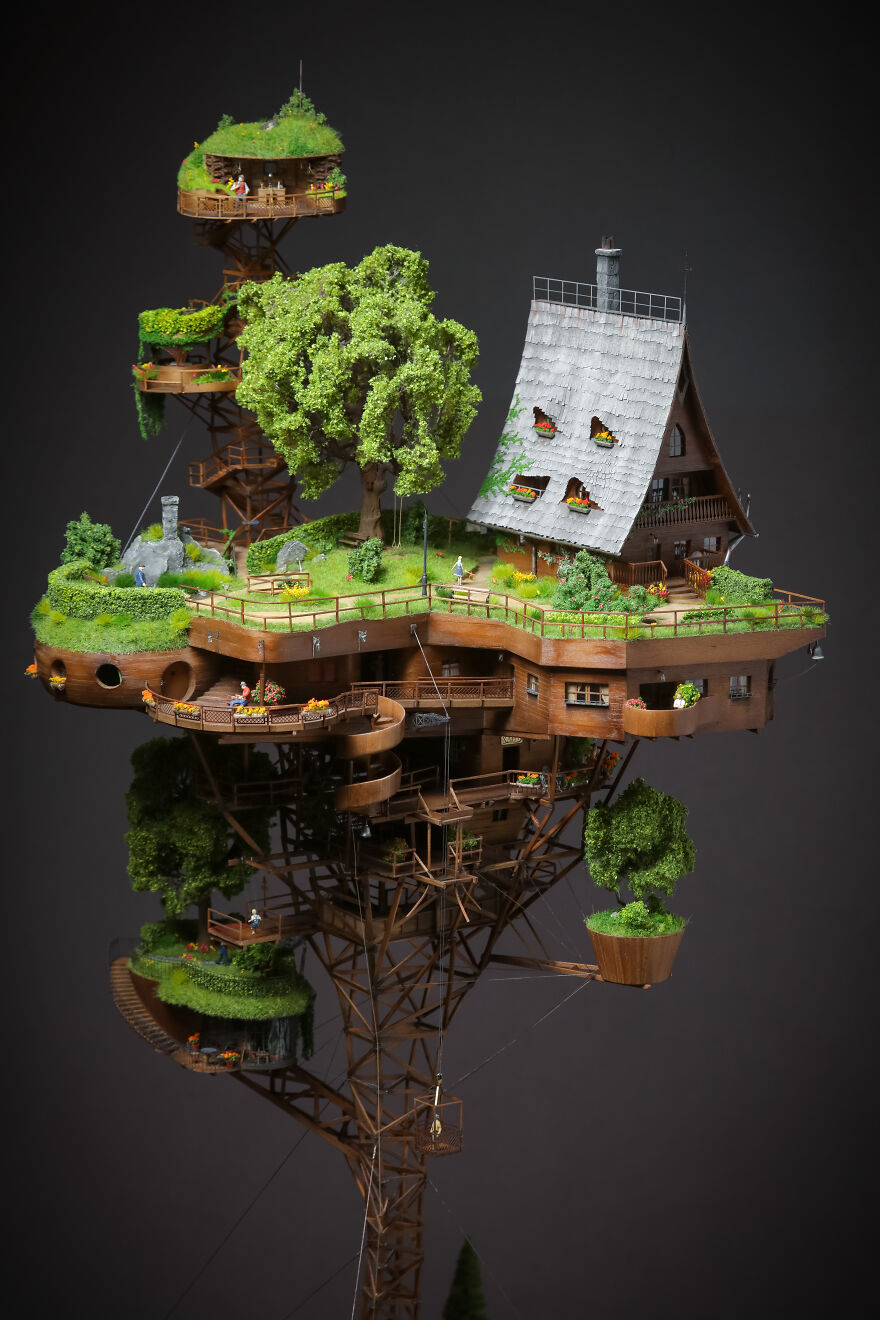 Stefanov has an impressive resume of roles including an official photographer for the Bulgarian Air Force and exclusive photographer to the President of the Republic of Bulgaria. He achieved as much success with his work in miniature by winning scale modeling awards in featured competitions around the world. 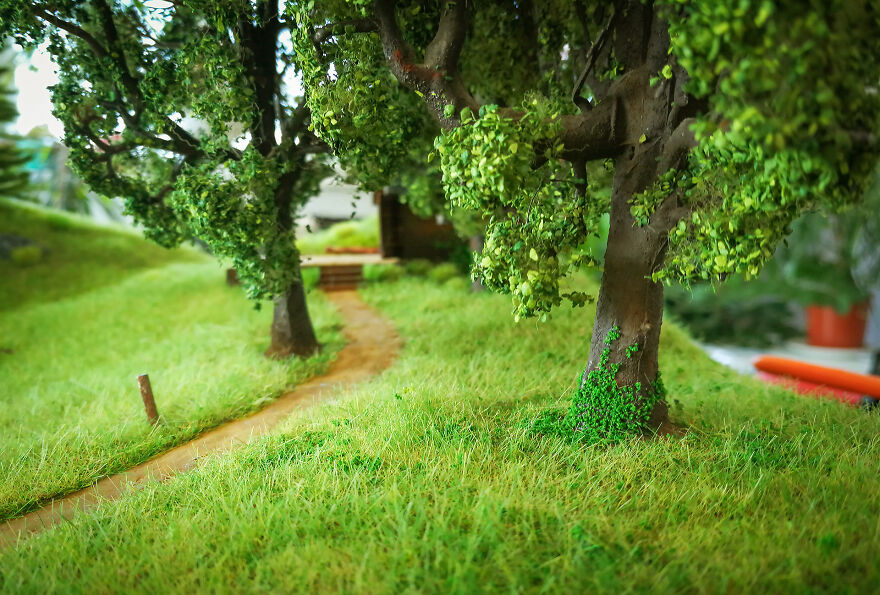 The city features lush gardens and jewel-toned landscapes with a community filled with homes, shops, a barn, and an apartment building. 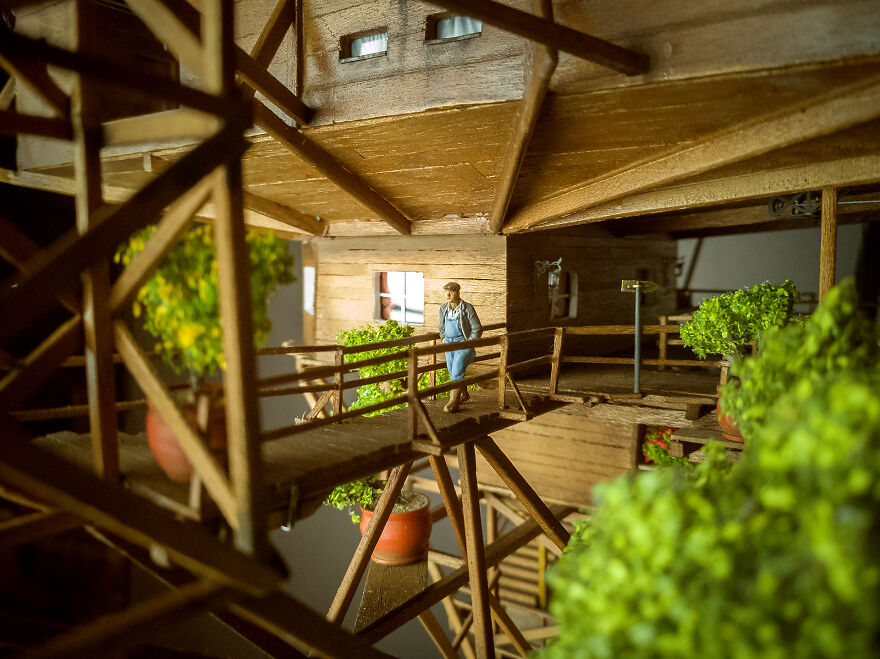 Stefanov says: “I wanted to create a self-contained utopia where people have everything they need to live, surrounded by greenery and gardens and even a local inn offering traditional hospitality.” 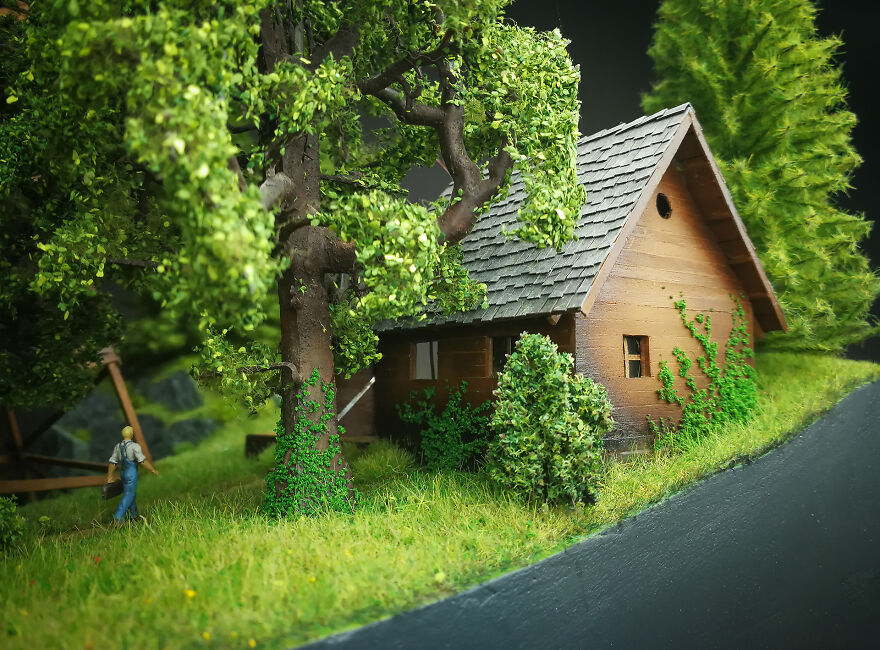 A number of unique structures are interconnected by a series of multi-level paths, pulleys, stairways, and bridges that join the various areas together. 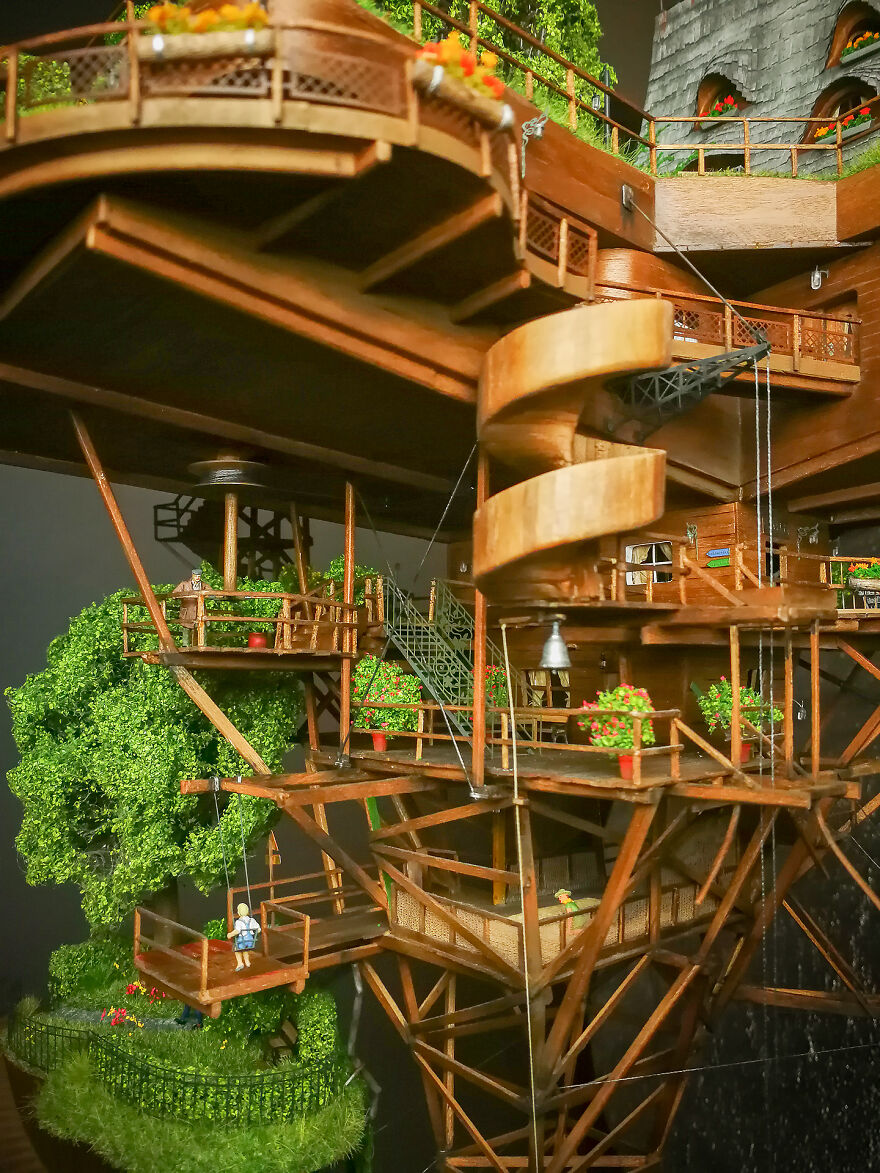 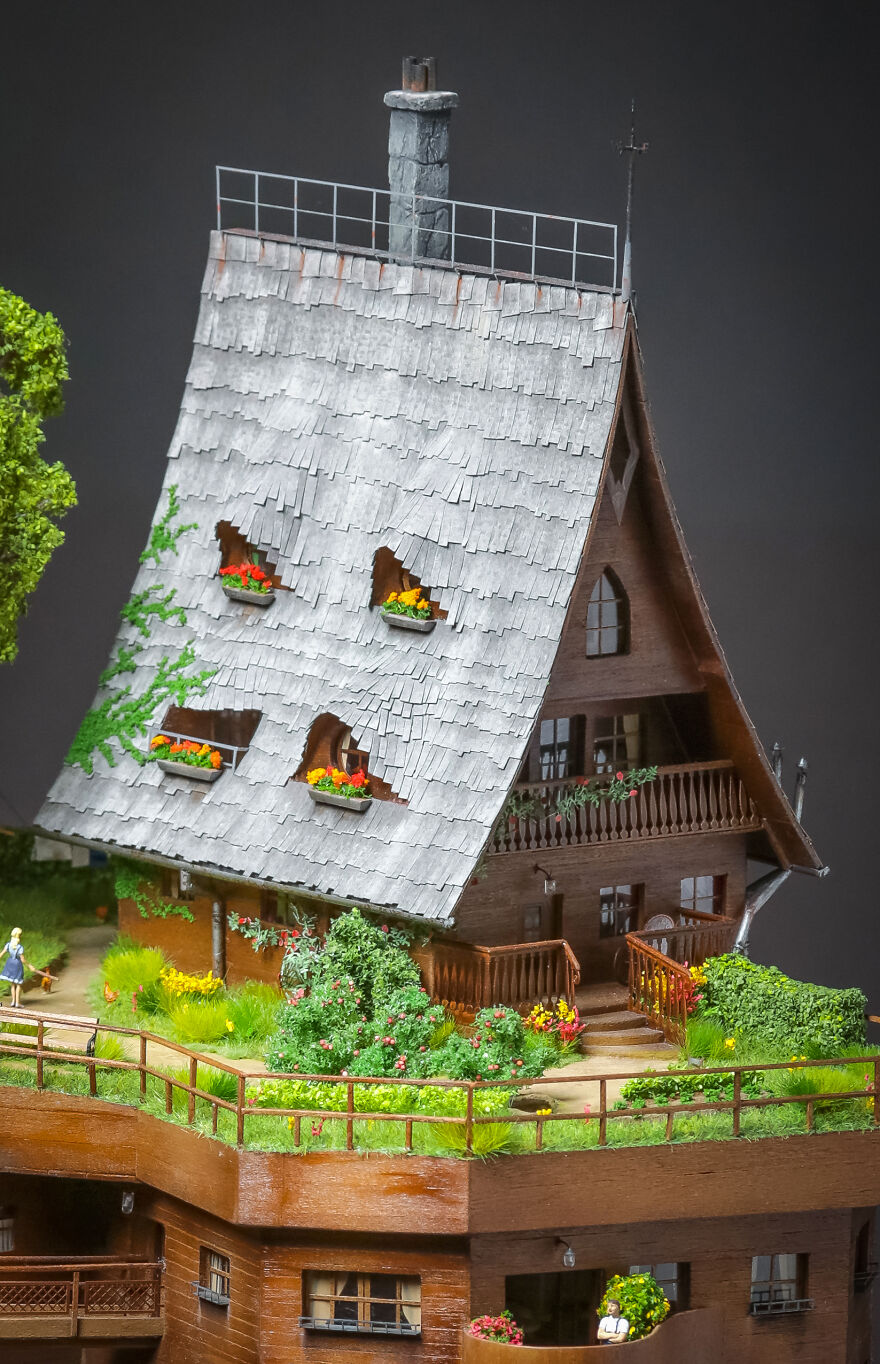 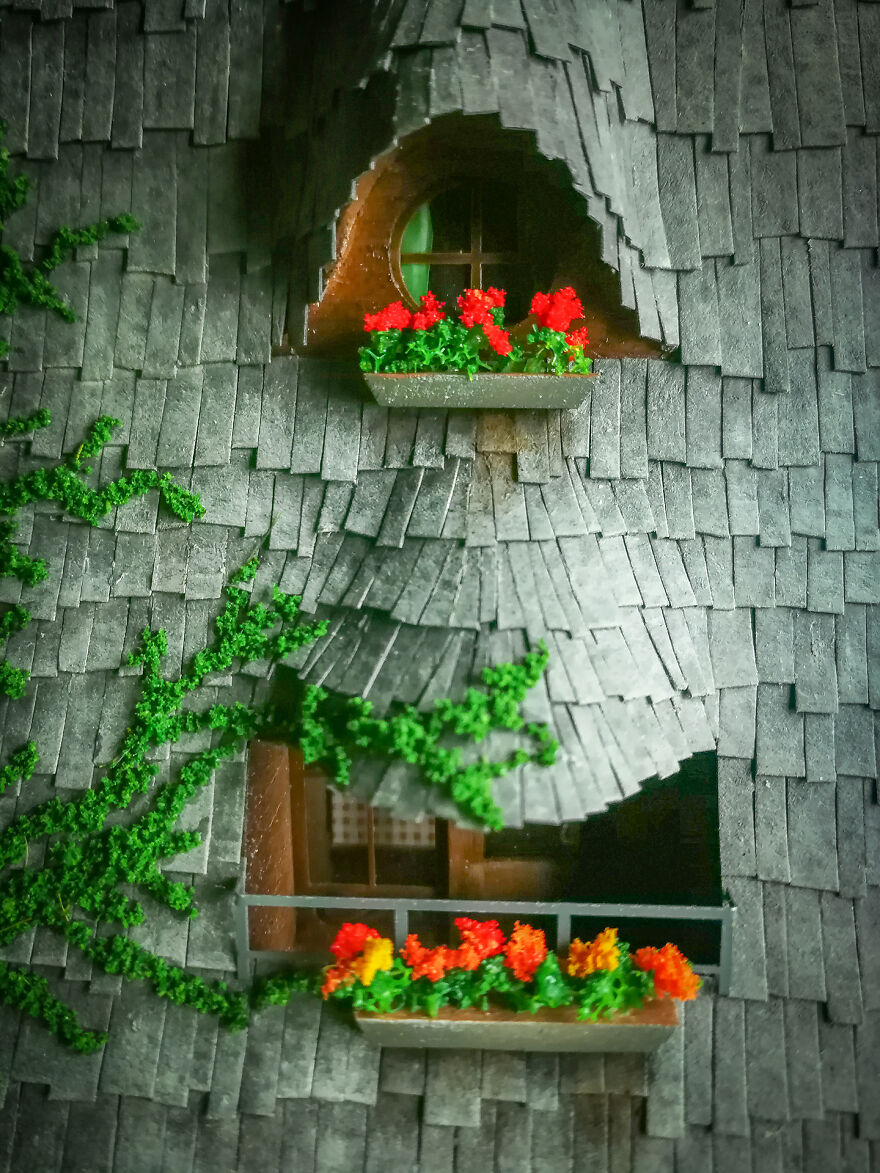 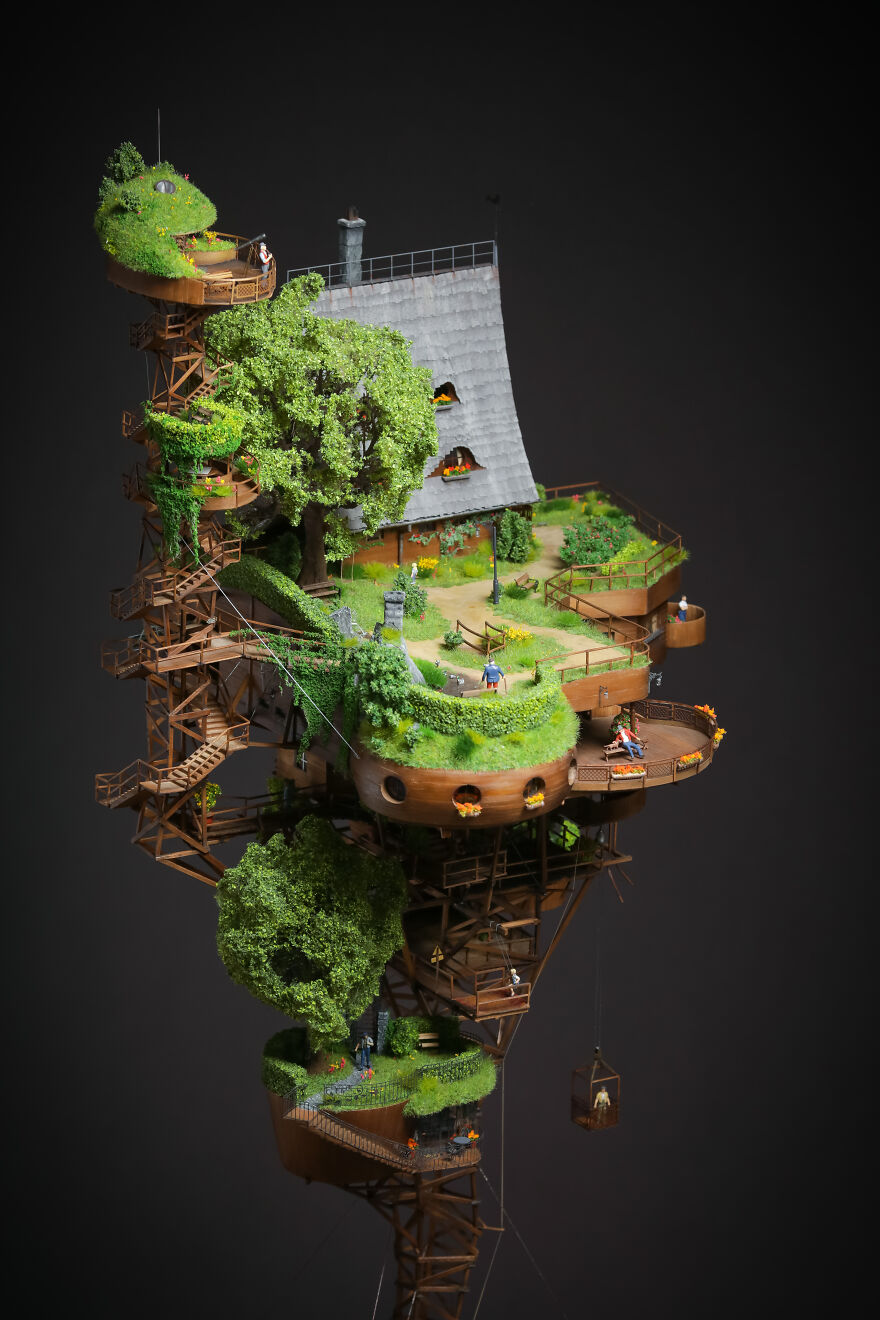 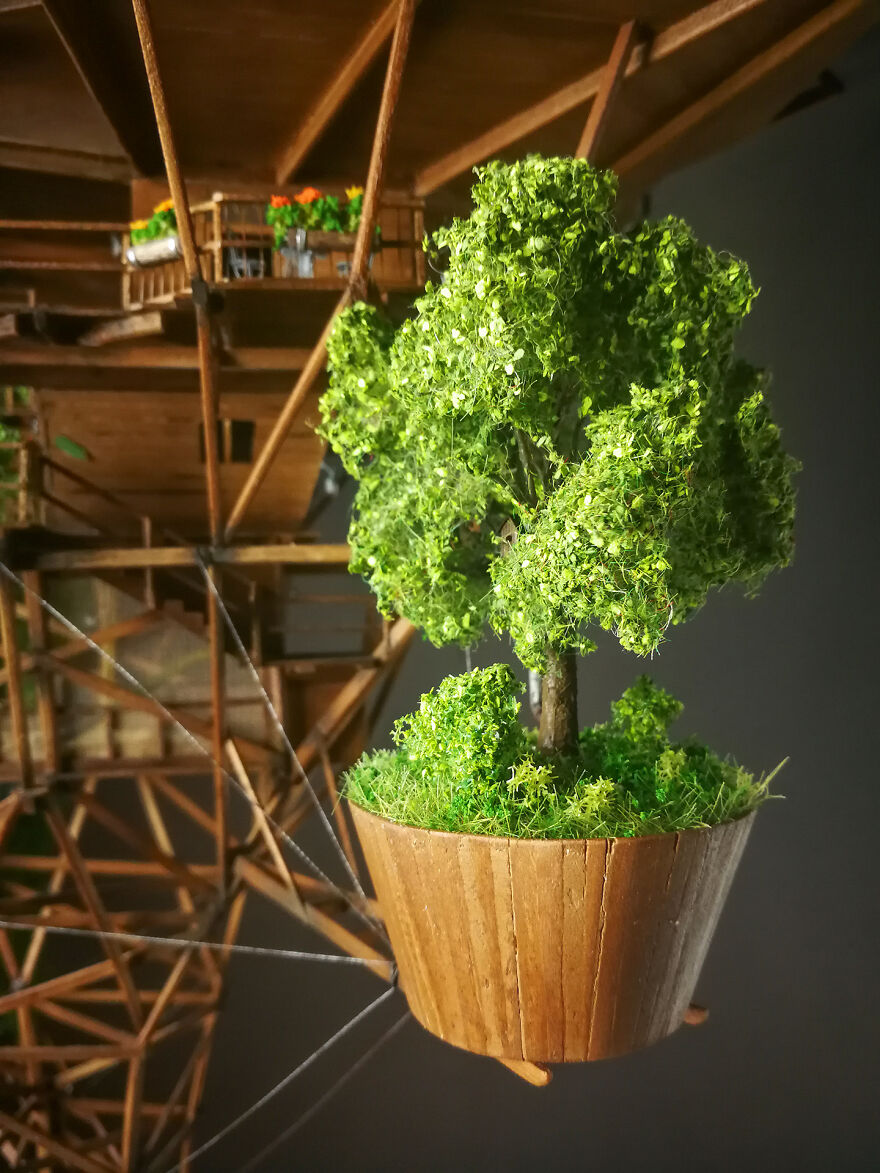 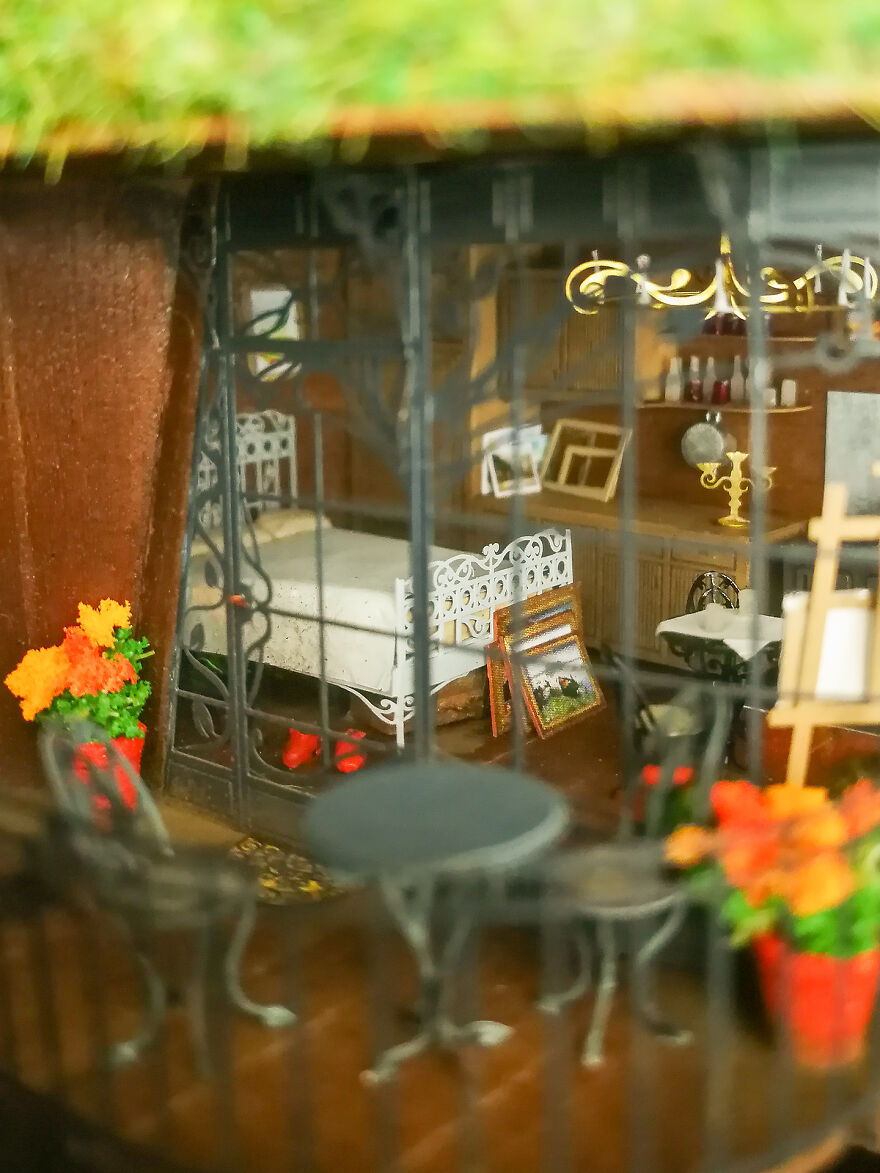 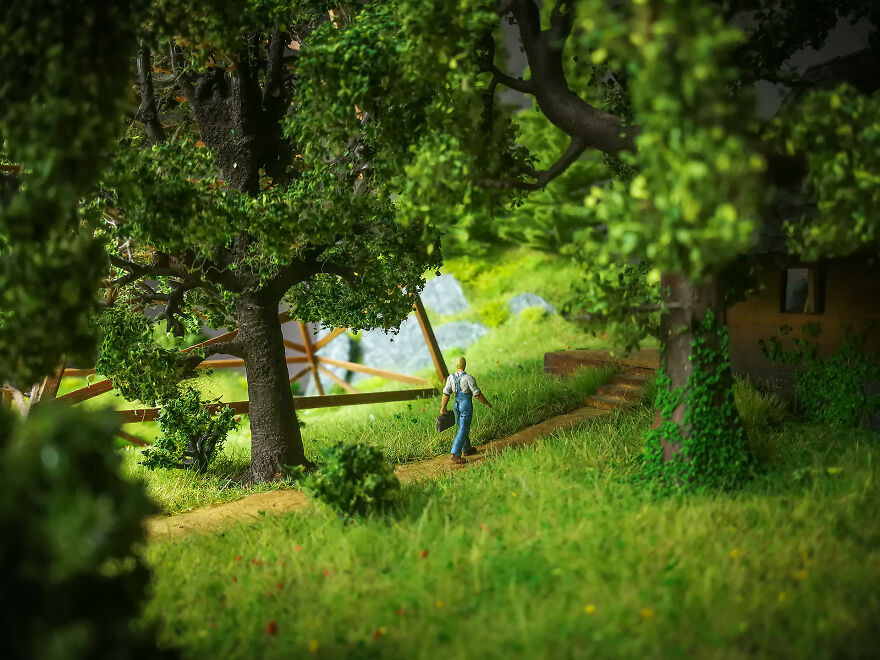 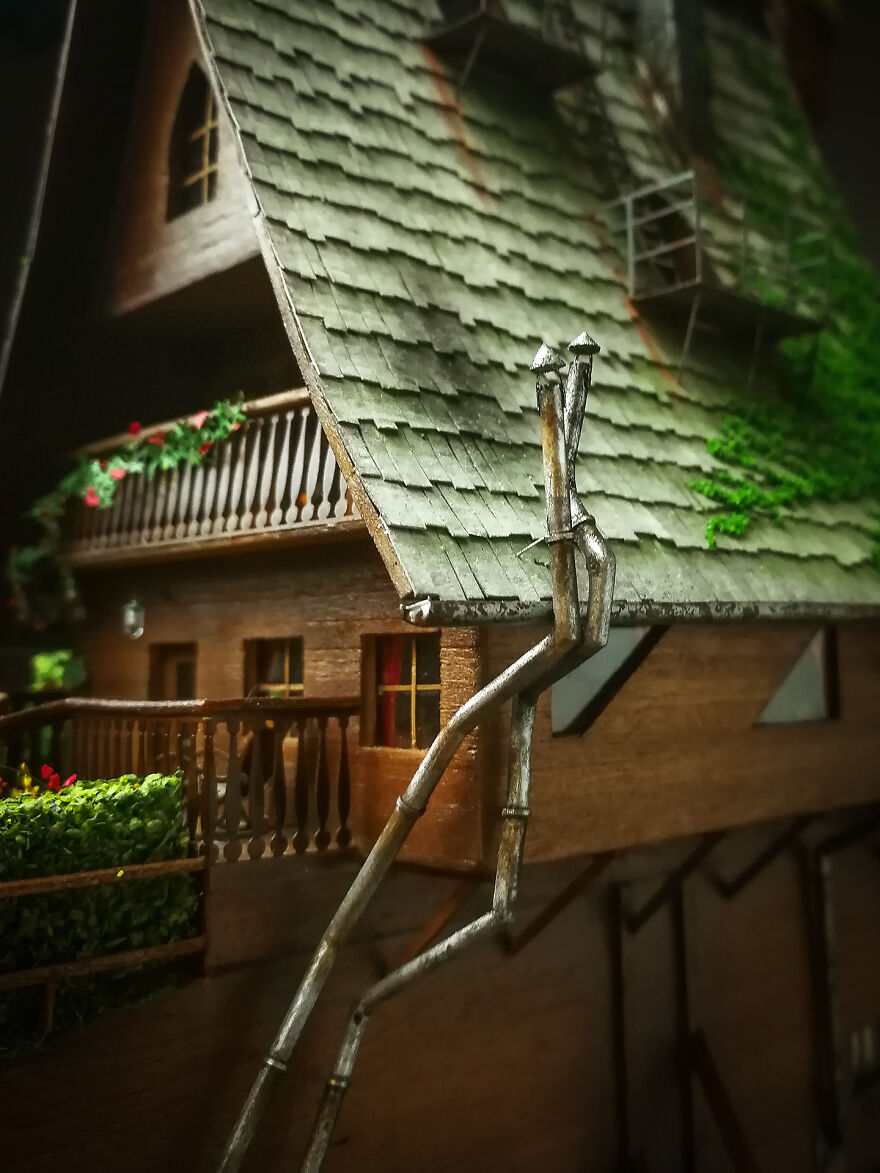 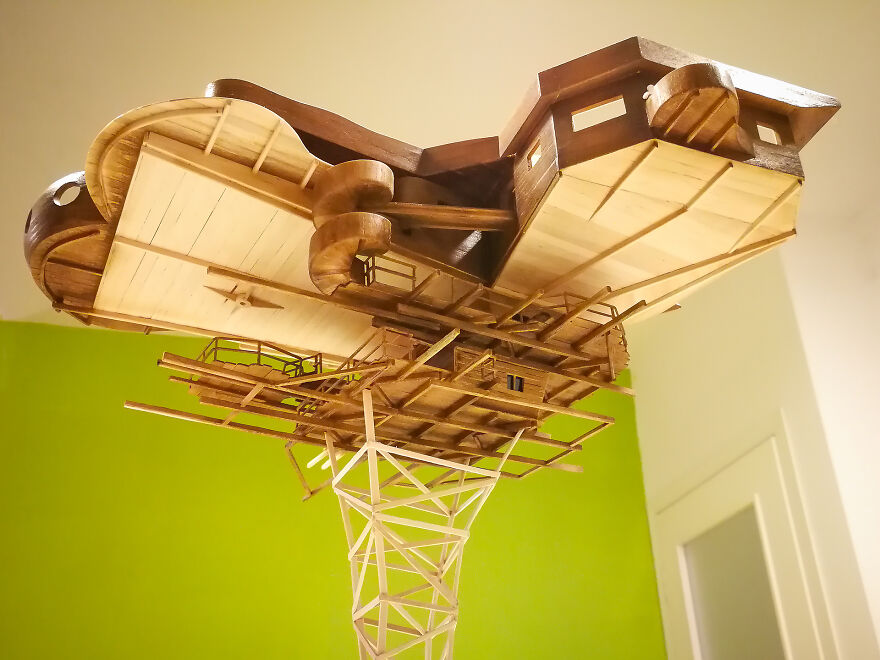 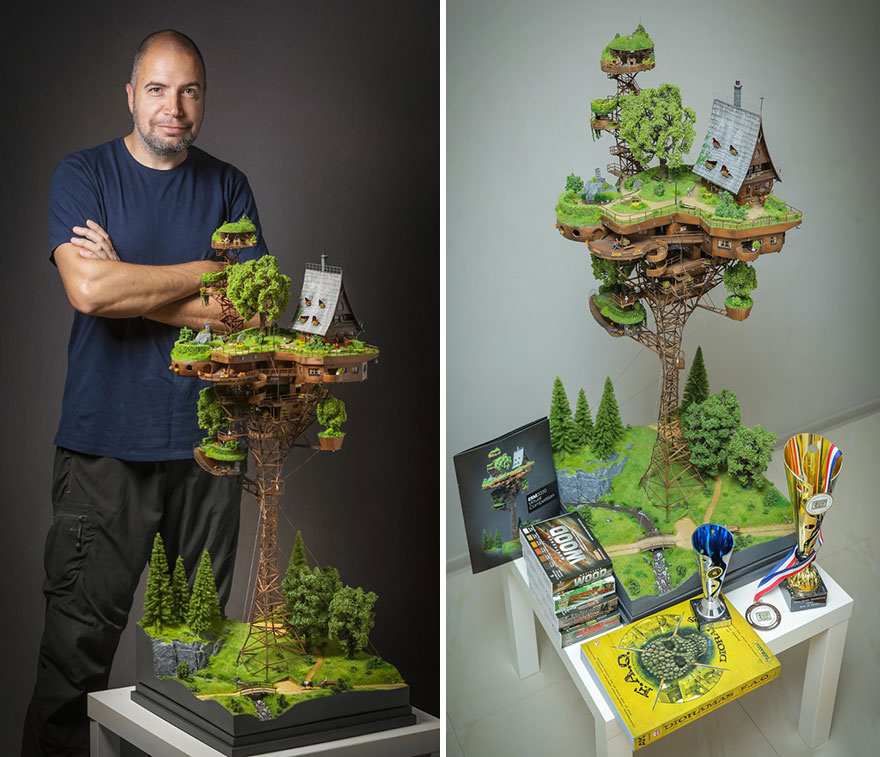