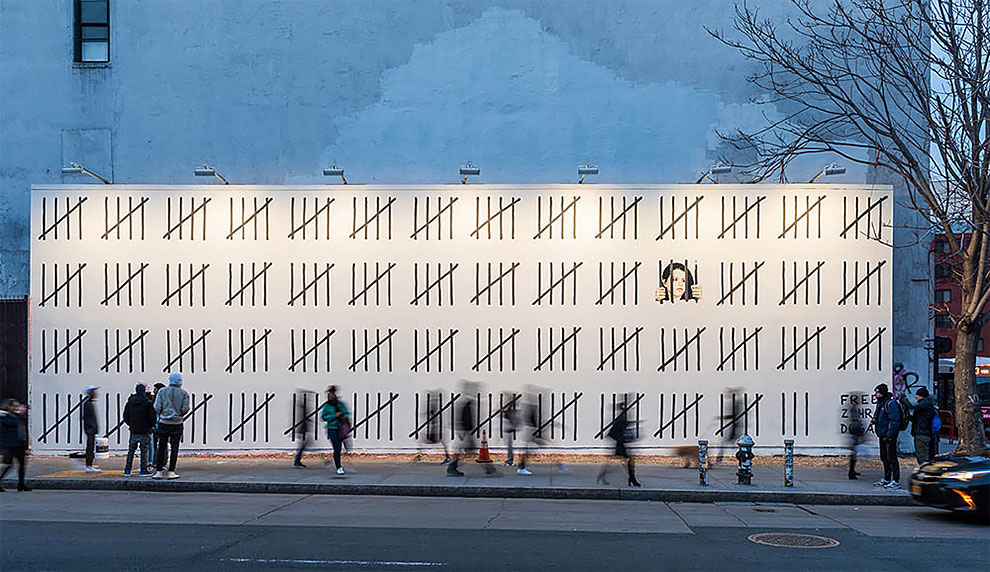 Zehra Doğan (born 1989) is a Kurdish artist and journalist from Diyarbakir, Turkey. She is a founder and the editor of Jinha, a feminist Kurdish news agency with an all female staff. She was jailed by the Turkish government for a painting of the destruction of the city of Nusaybin in 2017. Her imprisonment has prompted international outcry, including a 2018 mural by street artist Banksy in New York.

From February 2016 Doğan had been living and reporting from Nusaybin, a Turkish city on the Syrian border. On 21 July 2016 she was arrested at a café in Nusaybin. On 2 March 2017, she was acquitted of the charge of belonging to an illegal organisation, but was given 2 years, 9 months and 22 days in jail for posting a painting to social media.

On 16 March 2018, England-based graffiti artist, Banksy unveiled a mural in New York showing black tally marks for the days of Doğan’s imprisonment, with one set becoming bars behind which Doğan’s face looks out from jail. 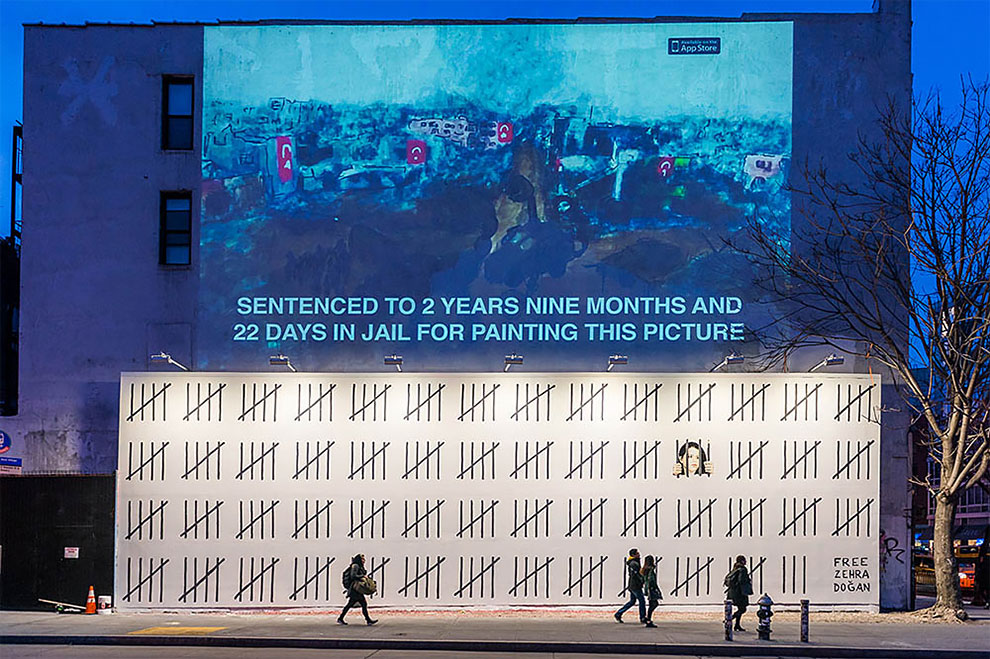 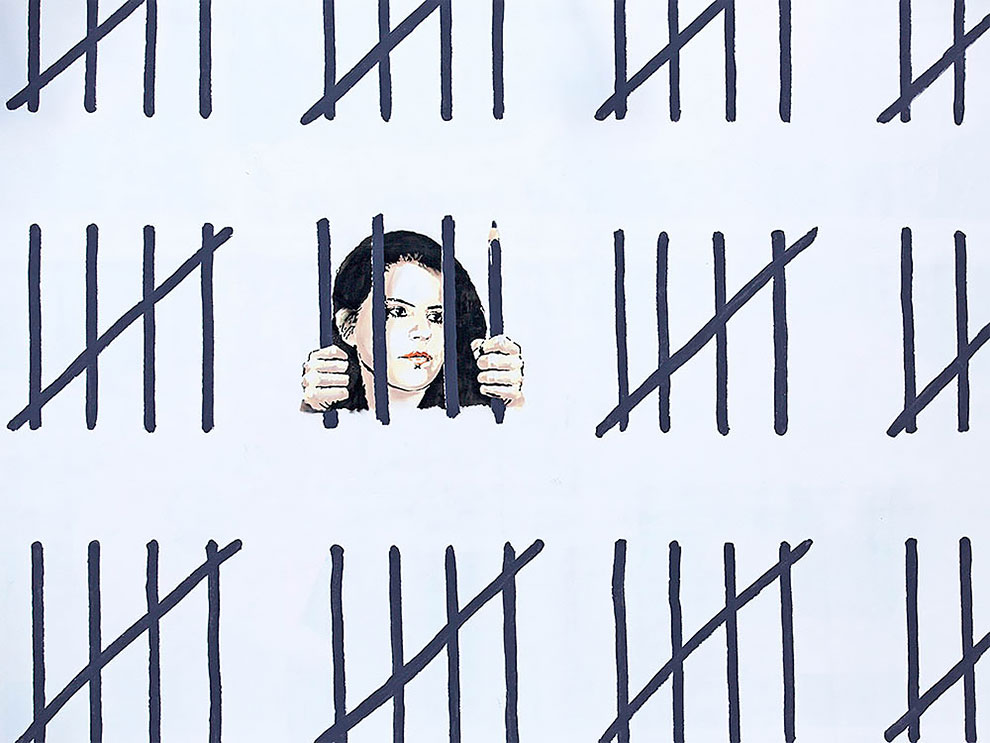