2018 Has Been Scary: We’ve Got The Posters To Prove It 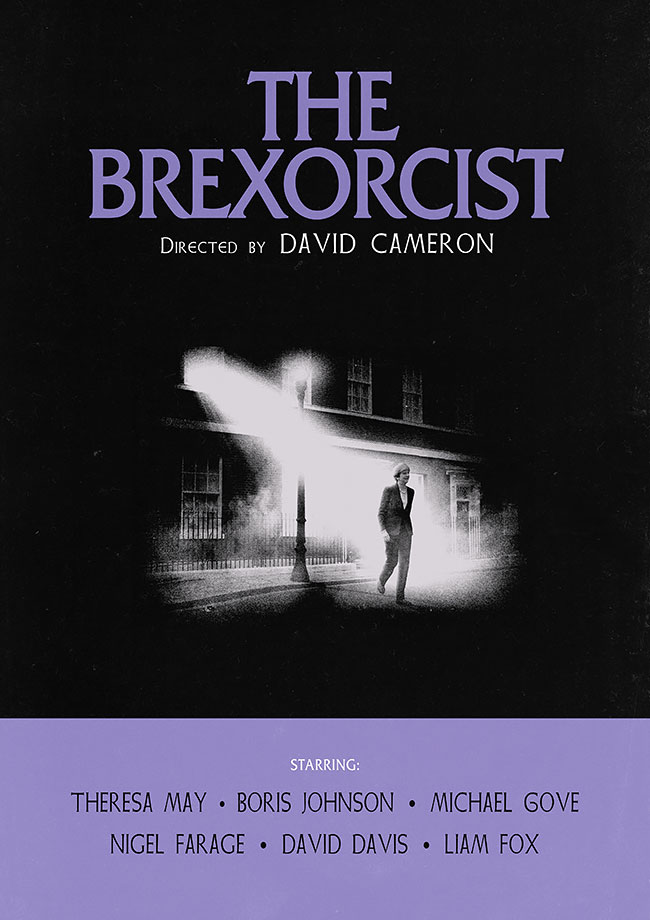 Cars in space, a giant orange monstrosity floating above a city, Kanye on Twitter… a turbulent series of events throughout 2018 means that there’s no shortage of inspiration this Halloween. In the spirit of the season, global creative platform 99designs challenged its international community of designers to reimagine some of this year’s stand-out moments in the style of classic horror movie posters.

As Europe and the UK negotiate the looming terror that is Brexit, on the other side of the world the soap opera of Australian politics continued. With another dramatic leadership spill and one more knife to the back, the country is now on its seventh prime minister in just ten years. Taking inspiration from Get Out (2017), The Exorcist (1973) and Night of the Living Dead (1968) these pivotal moments of 2018 are enough to give anyone a fright. 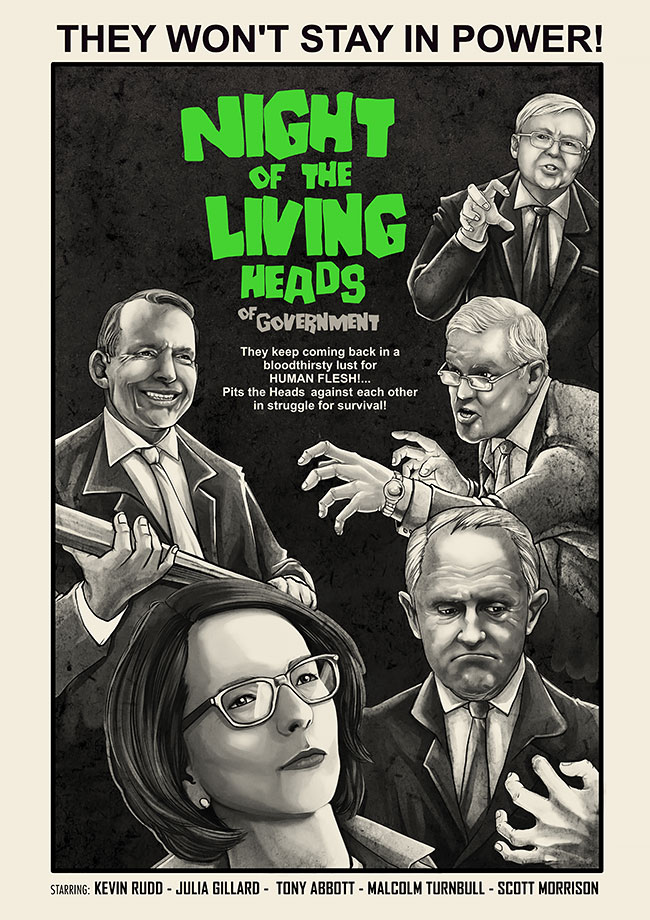 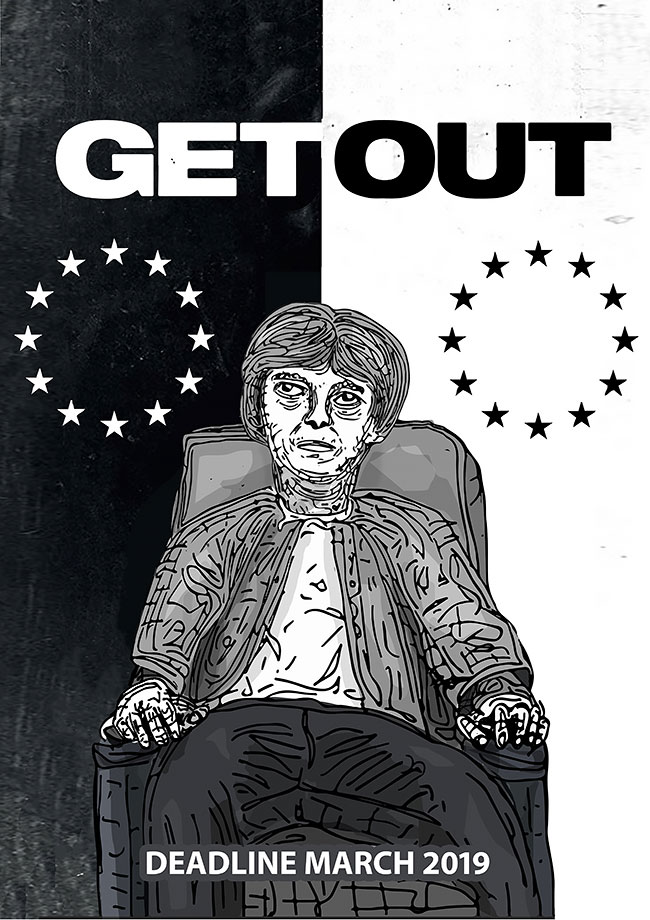 Fake news or otherwise, no individual has been the subject of quite so many headlines in 2018 as the 45th American President. The now iconic Trump Baby balloon, first seen in London floating above the Houses of Parliament, takes centre stage in these reimaginings of classic posters from It (2017) and the theatrical release of An American Werewolf in London (1981). 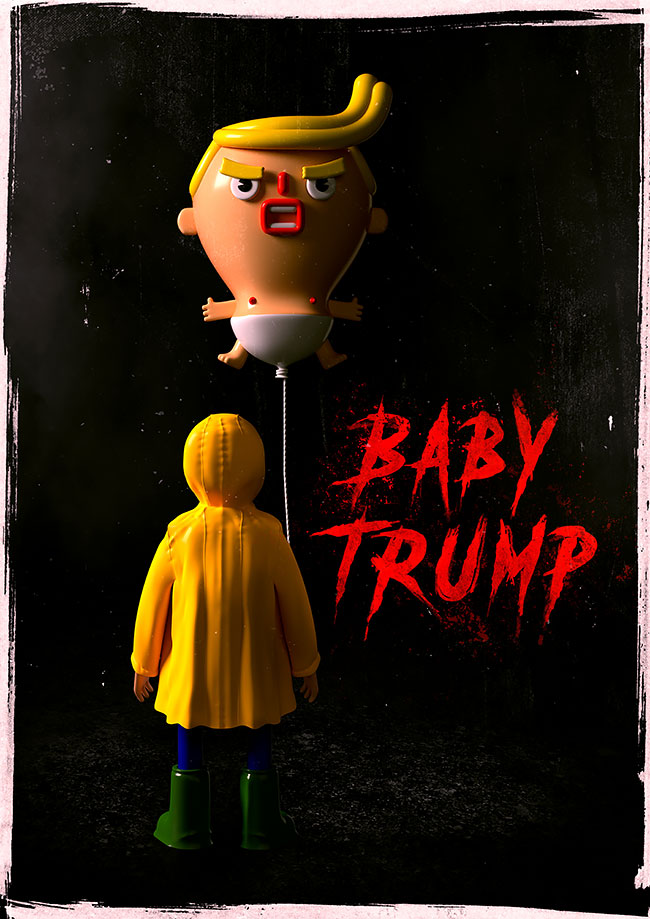 Inspired by An American Werewolf in London (1981) 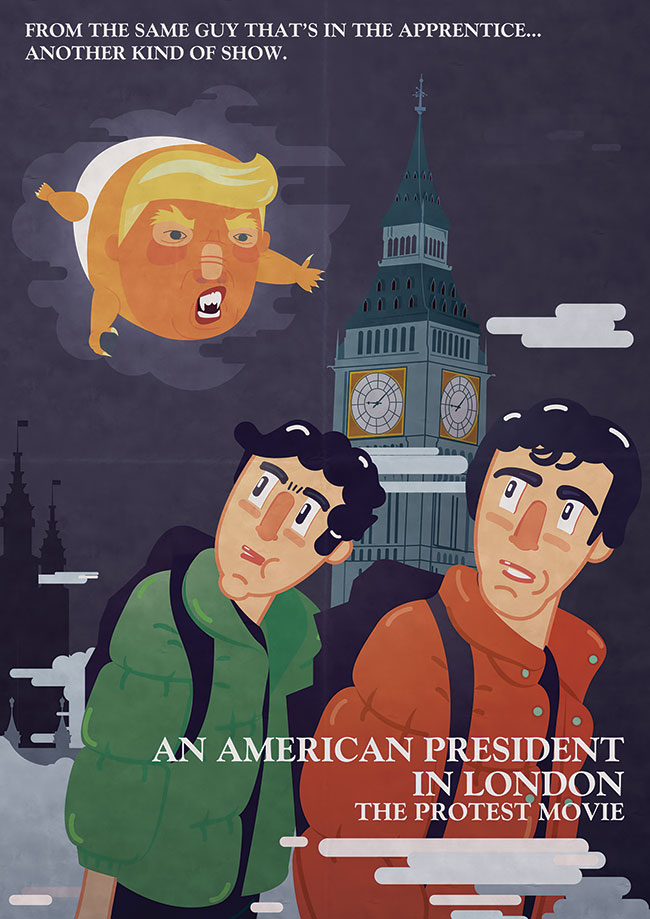 Pop culture has a dark side…

Social media provides 24 hour access to people’s innermost musings, but in 2018 it also gave us videos of adorable if slightly confused dogs taking part in the Fluff Challenge. Self-driving cars are terrifying at the best of times – never mind when they’re in outer space. Starman driving a Tesla Roadster in space is one of the most iconic images of the year, while the dramatic return of “the being formerly known as Kanye West” to social media meant there was never a dull moment on Twitter.

Inspired by Alfred Hitchcock’s The Birds (1963) 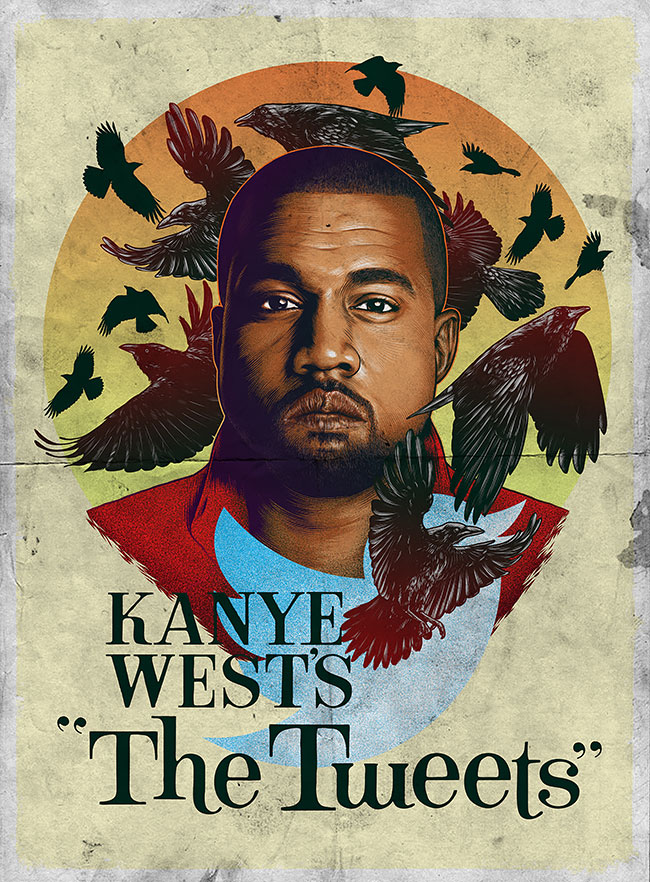 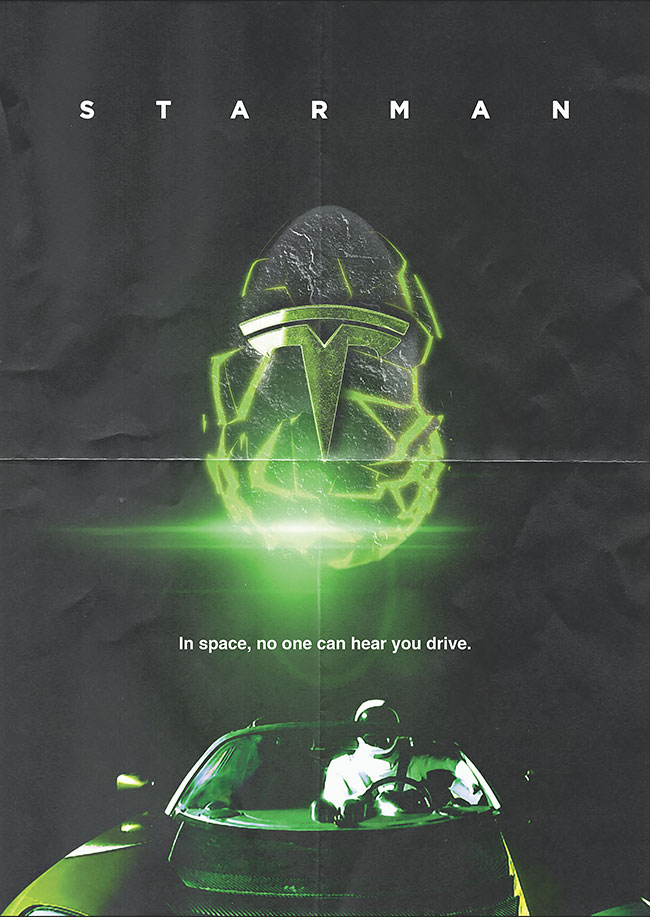 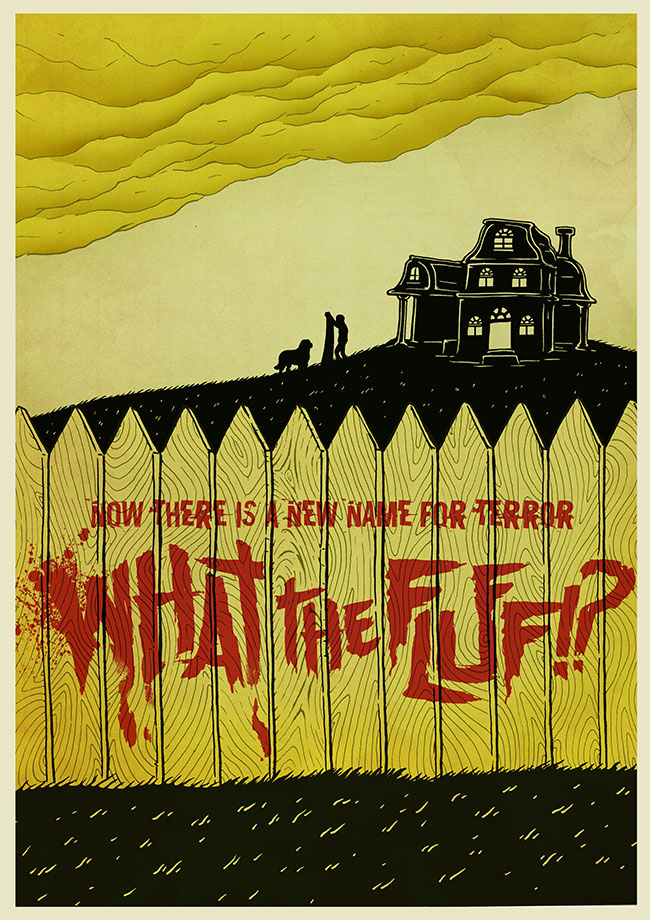 Is she? Isn’t she? While Netflix brought us the real heroes of 2018 (the new Fab Five from the reboot of Queer Eye), Kylie Jenner showed the world how to masterfully handle media intrigue around her pregnancy, and the world was rapt. Terrifying. 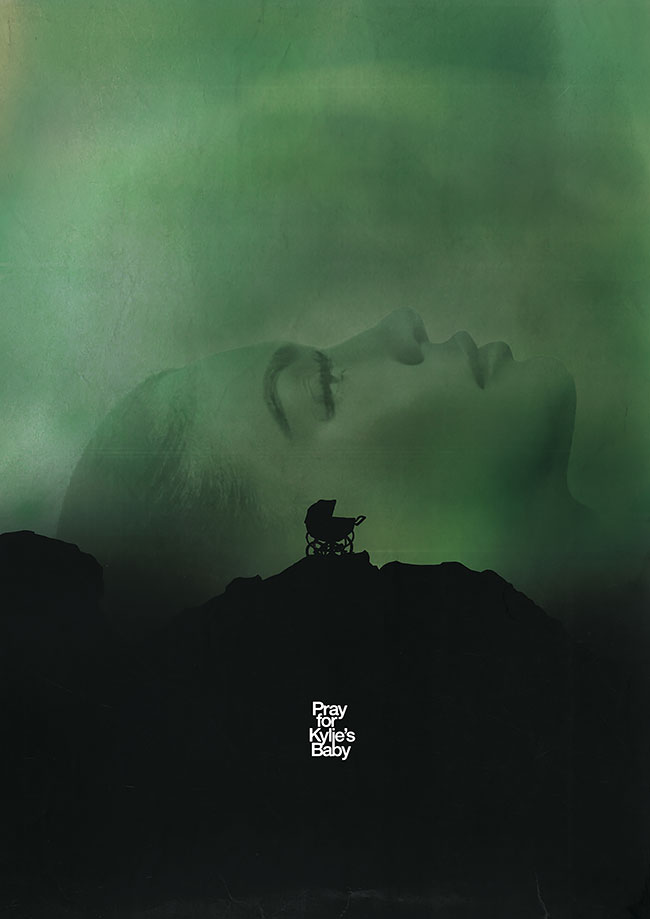 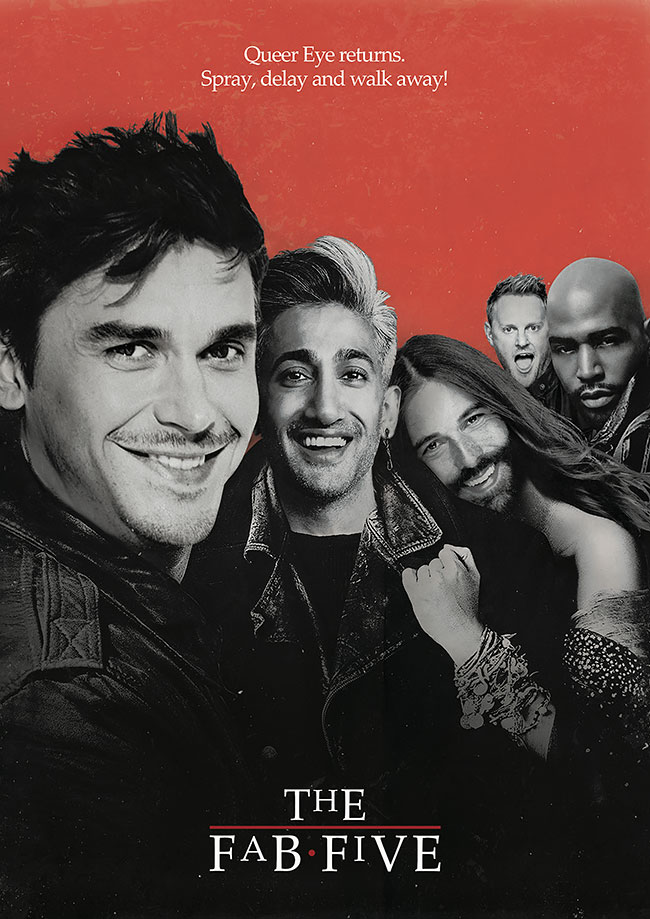 Skirts and Saddle Shoes: Favorite Styles of ’40s Teenage Girls
Cuong Nguyen Uses The Streets As A Canvas For His Incredibly Realistic Chalk Portraits
DHL - Express Delivery Print Campaign
Heroic and Fantasy Pin-Up Female Portraits by Kyu Yong Eom
The Funniest Signs From Anti-Brexit March #PeoplesVoteMarch
Politicallly Controversial and Ultra-Violent Illustrations by Baphoboy
This Guy Creates Mystical Sculptures Using Wire, Rocks And Crystals
What Has Been Seen... An Artist Created Absolutely Odd Surreal Portraits Of Deformed Faces
J.P. Cummins' Art Looks Like the Perfect Backdrop for A Fantasy RPG
The Real Power Of Healing Crystals
Spitting In The Face Of Christ: The Superb Blasphemous Horror Art Of Paolo Girardi
The Dark, Incredibly F*cked Up Comics Of Joan Cornellà
How Popular Cartoon Characters Look Like Before Their Morning Coffee
Vietnamese Tattoo Artist Masks People’s Scars With Beautiful Artworks
"I Asked My Friends Who The Most Beautiful Girl From Their Country Was..."
'Taste Of Streep' Is The Instagram Account You Need In Your Life
The Superb Futristic Dashboards and Floating UIs by Sebastian Stapelfeldt
Polish Street Artist Denounces The Misery Of Fashion With Striking Billboards
Artist Sorted Famous Characters By Species And It Looks Like They Are Taking A Big Family Photo
Attack Of The B-Pictures: Bold, Brilliant And Bizarre Mexican Pulp Art
Here’s What Nefertiti And Others Would Look Like If They Were Alive Today
Crocodile Trying To Do Things In Hilarious Sketches By The Japanese Illustrator Keigo
Metal Albums Look Much Less Scary With Googly Eyes
An Artist Creates A Fantastic Street Art Pieces Based On Popular Movies And TV Series Across The Streets Of Moscow
99designs, halloween, posters, trump