Half A Century In The Making: Tree ‘Crop Circles’ Emerge In Japan 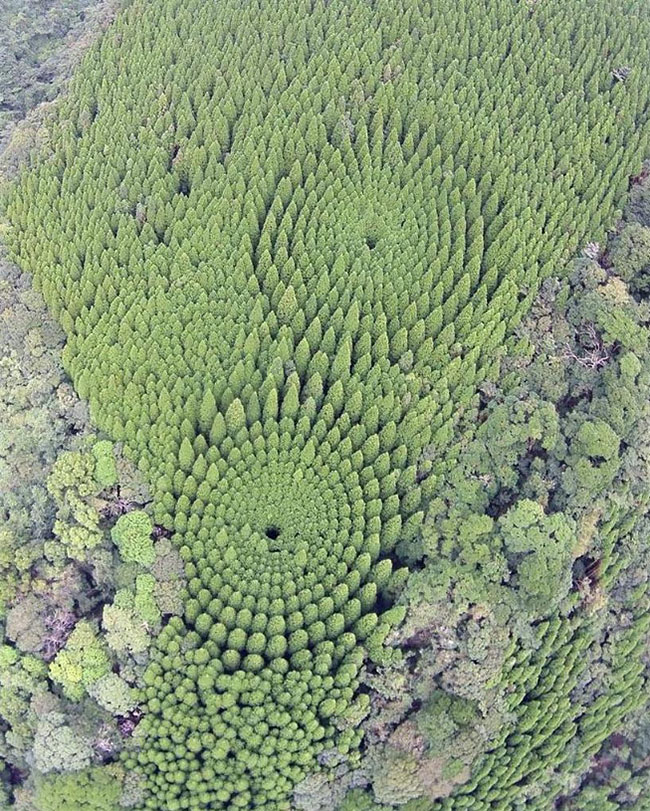 Two peculiar ‘crop circles’ have recently been spotted in Japan’s Miyazaki Prefecture. Viewable only from above, they were formed by sugi (Japanese cedar) trees. Conspiracy theorists will be disappointed to learn that there is a very practical explanation for how these shapes emerged: science. Specifically, it was the result of a scientific experiment that spanned close to 50 years.

According to documentation (PDF) we obtained from Japan’s Ministry of Agriculture, Forestry and Fisheries, in 1973 an area of land near Nichinan City was designated as “experimental forestry” and one of the experiments was to try and measure the effect of tree spacing on growth. The experiment was carried out by planting trees in 10 degree radial increments forming 10 concentric circles of varying diameters.

The trees are due to be harvested soon, with the experiment drawing to a close. But such is the interest in this unexpectedly beautiful result there remains the possibility that these giant ‘crop circles’ could be preserved, and perhaps even become a tourist attraction in the future! 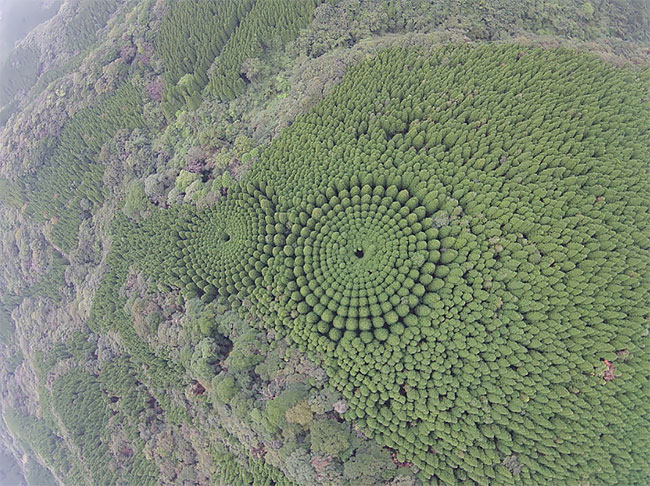 Below is an image from Google Earth, which is unfortunately a bit dark. For those who are interested, here are the exact coordinates. 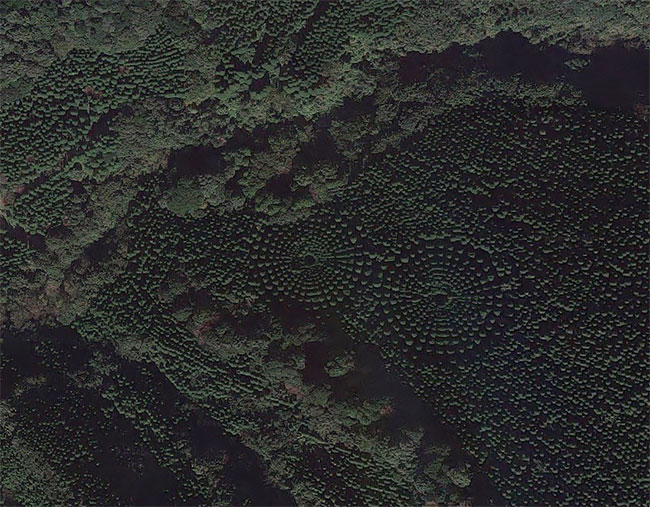 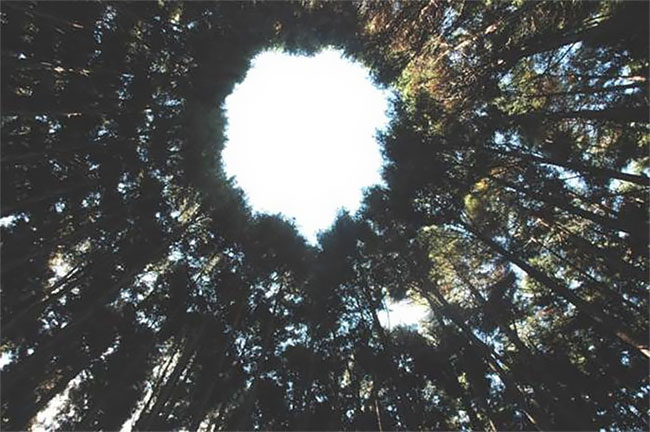 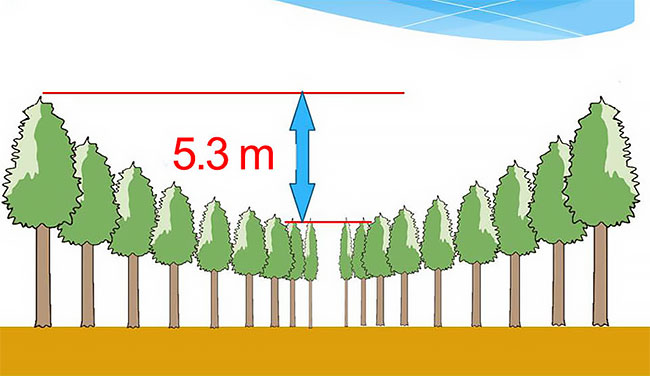 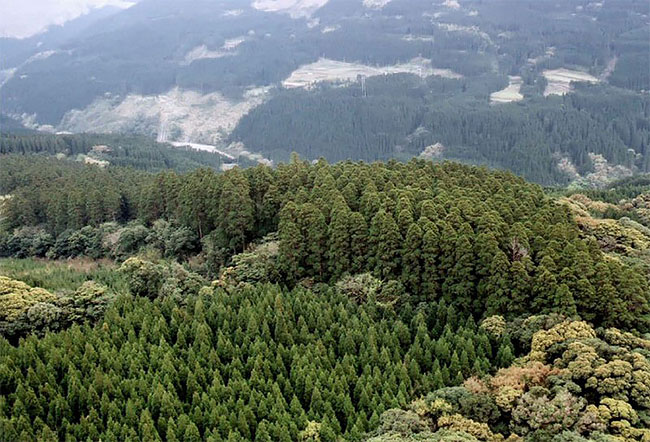 The Spectacular Lochnagar Crater Somme In France
This Beach With Sand That Looks Like Popcorn Should Be On Your Bucket List
A 1960s Bedford Panorama Bus Lovingly Converted Into A Traveling Home
Stunning Aerial Photos Of Australia From Above
Cozy School Bus Conversion
Travel Photographer Proves Dinosaurs Are The Key To Taking The Best Pictures
A Prison Themed Restaurant in China
Earth, Then And Now: Dramatic Changes In Our Planet Revealed By Incredible NASA Images
This Man Spent 25 Years To Create The ”World Map” On The Banks Of Lake Klejtrup, Denmark
Living on the Indian Dump: Life of Garbage Pickers
Plenty of Old Carney Magic Still Haunts This Abandoned Photogenic Amusement Park in South Korea
Wide Seats And Plenty Of Legroom: These Old Pan Am Photos Show How Much Airline Travel Has Changed
The Surreal Desert Landscapes Of The United States Of America
Dubai’s Love Lake: Two Hearts in the Middle of the Desert
Banksy Opens Dismaland, the UK’s Most Disappointing New Visitor Attraction
1,400-Year-Old Gingko Tree Sheds a Spectacular Ocean of Golden Leaves
The Abandoned Refrigerators of Katrina
Netherworld Monsters Take a Staycation at W Atlanta Hotel
Estonian Architect Made This Tiny Hotel, That Can Be A Personal Emergency Shelter
Rare Photos of Angola's Tribal People
A Foldable Backpack Inspired by an Armadillo
"The Last Days Of Martinique": Rare Portraits Of Martinique Residents Before The Deadly Volcano Eruption In 1902
Extraordinary "Cloud Tsunami" Surges in Over Sydney
La Maison Du Gouffre - Tiny Old House Between The Rocks
Here Are The Most Interesting Things This Geologist Found On Google Earth
68-Year-Old Woman Runs Across America
Chinese People Taking Their Pet Cabbages For A Walk
Yup, We've Found The Most Terrifying Church In The World
Wonderland Abandoned: The Swift Fall of “Europe’s Biggest Theme Park”
circles, crop, japan, trees