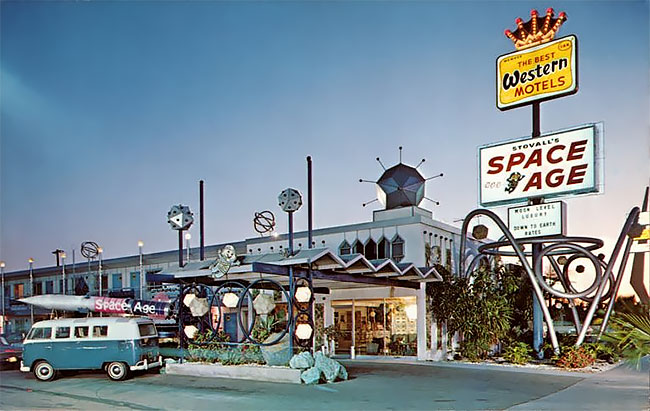 Let’s travel back in time to when 60s kitsch was out of this world.

Al Stovall, a past president of Best Western, was the original owner and designer, and was inspired in the design by his affiliation with the newly formed Space program. He owned a copper mine and a plastic factory, which made his ability to create special designs and implement a variety of creative interior and exterior decorations a cinch. Many of the lamps, room dividers and exterior do-dads were made from materials from his mine and factory.

The Lobby. Postcard reads: “Welcome to the Inn of Tomorrow – 110 W. Katella, Anaheim, California 92802. ‘Put Yourself in Our Space. Acclaimed by thousands as ‘the finest motel,’ ‘the wonder motel.’ ‘the motel of tomorrow’; and best of all it’s your best western motel at Disneyland and the magic kingdom.” 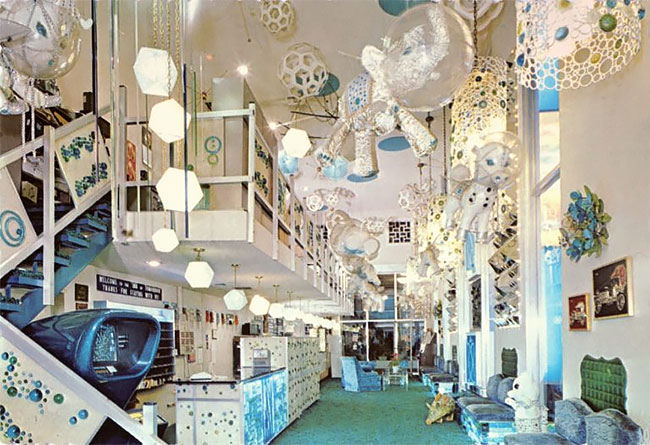 Inn of Tomorrow Pool and “Moon House”, Anaheim. “An exact replica of the first building to be sent to the moon, is the aluminum spherical geodesic “Moon House” at the pool.The thermostatically regulated ‘Blue Moon Pool’ is a dynamic likeness of the “Friendship Seven” capsule.” 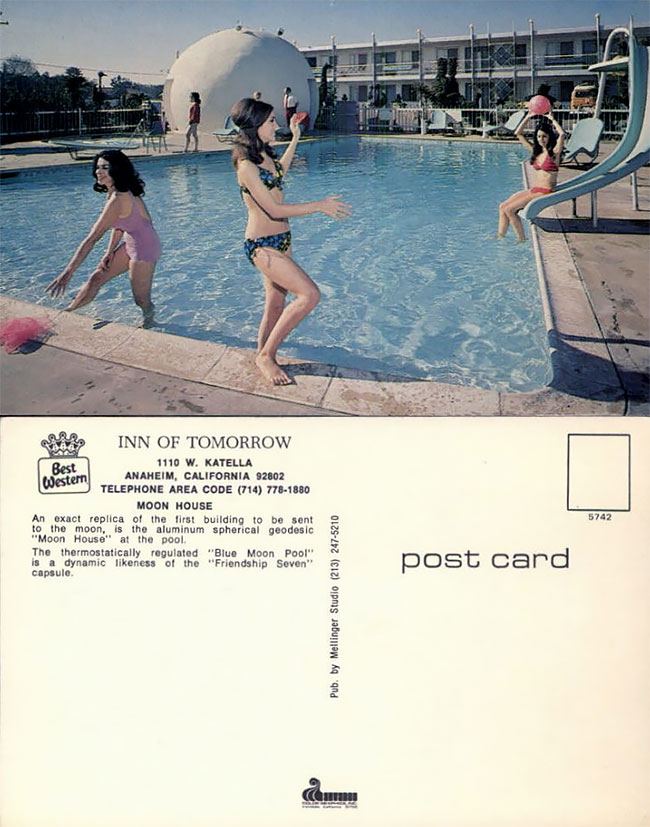 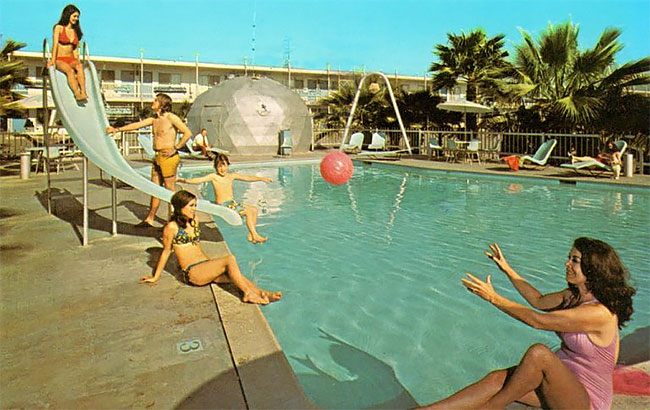 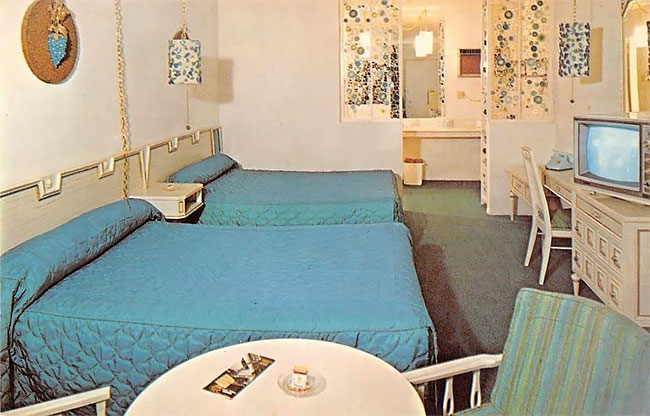 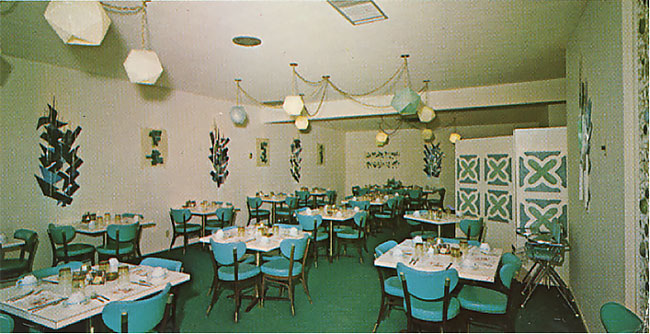 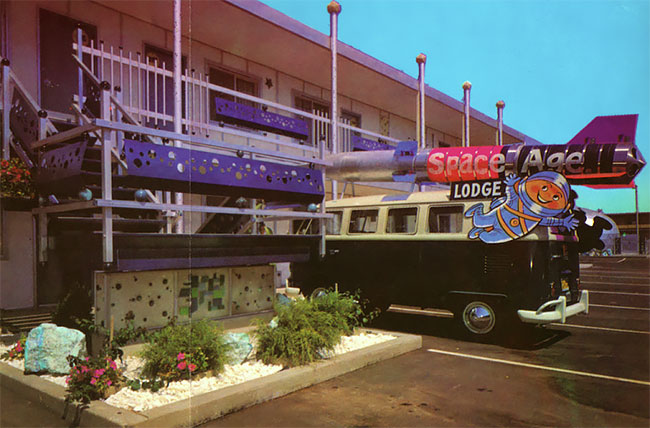 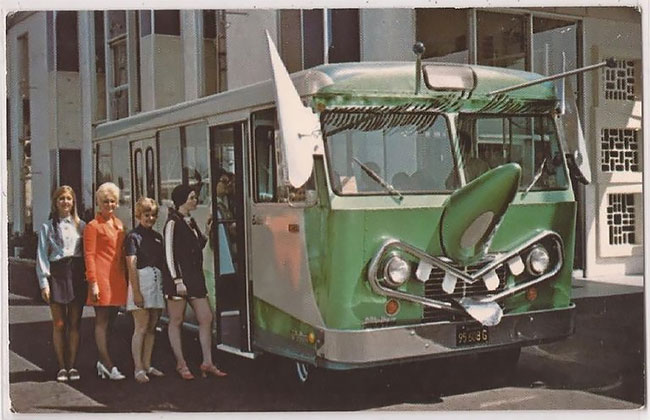 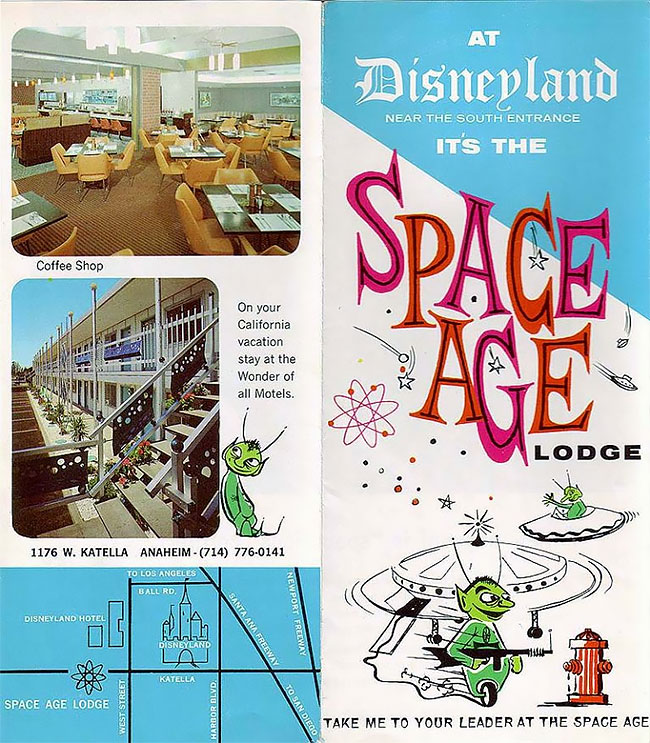 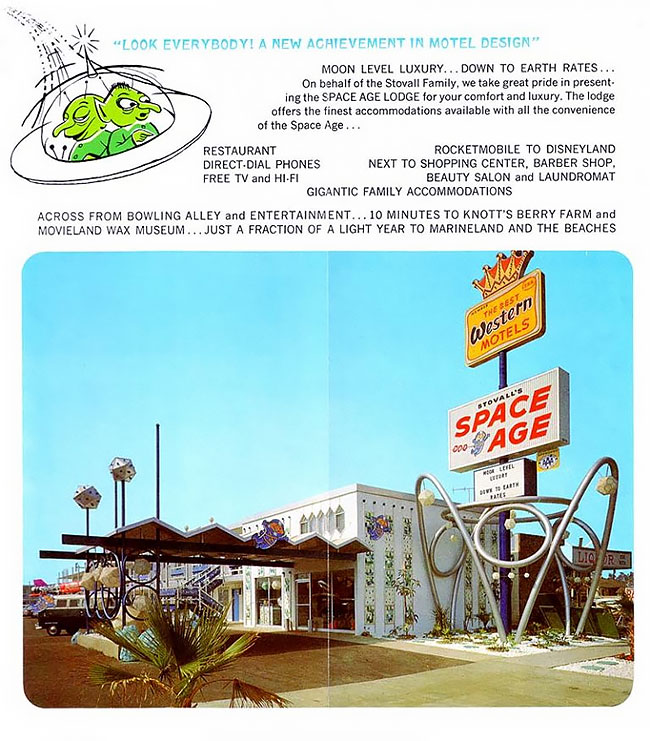 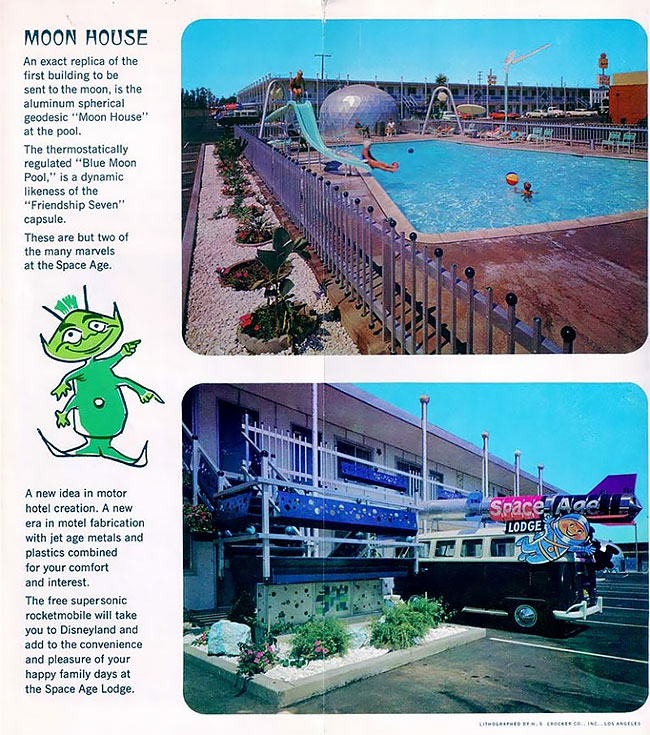 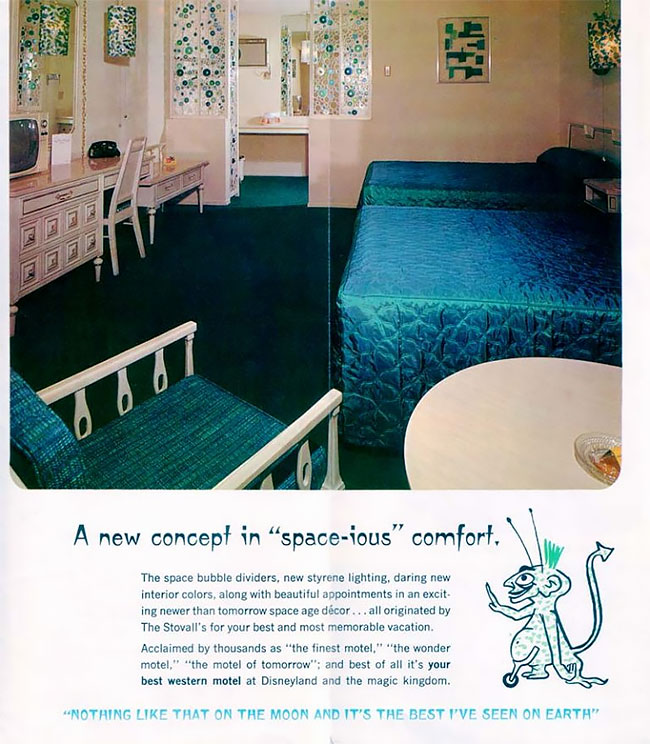 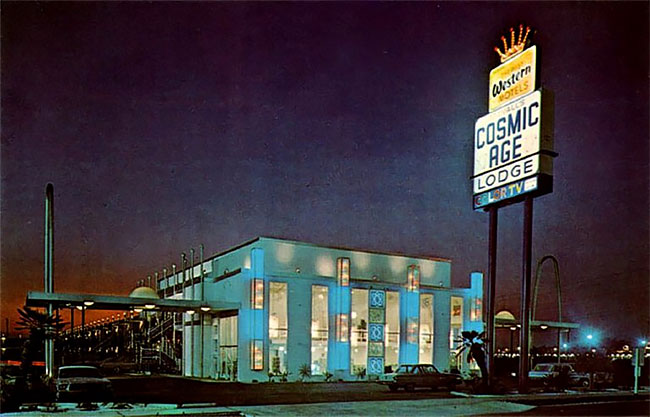 An Ordinary Day In An Extraordinary Place – Aiguille Du Midi (3842m)
A Match Made In Heaven: This Chinese Couple Have Lived In A Cave For 54 Years
Amazing Vintage Color Photos Of Trailer Parks In The United States From Between The 1950s And 1960s
A Turquoise Lake In Siberia Where People Have Been Taking Selfies Is Actually A Toxic Power Plant's Ash Dump
It Was Way More Fun Flying Around The World 50 Years Ago
This Is For Real! Sahara Desert Is Witnessing Snow
This Street Art Duo Show Their Concerns With Planet Earth
87-Year-Old Collector Gathered 110 Fighter Jets In His Chateau In France
Weirdly Wonderful Vintage Balaclava Knitting Patterns From the 1960s and 1970s
Arctic Expedition Discover Mysterious Hole Cut Into The Ice
Source of inspiration since 2007. Proudly hosted by WebHostingBuzz.
Privacy Policy · Terms of Service · Content Removal Policy 🇺🇦 ❤️