What If Famous Painters Had Their Own Modern Logos 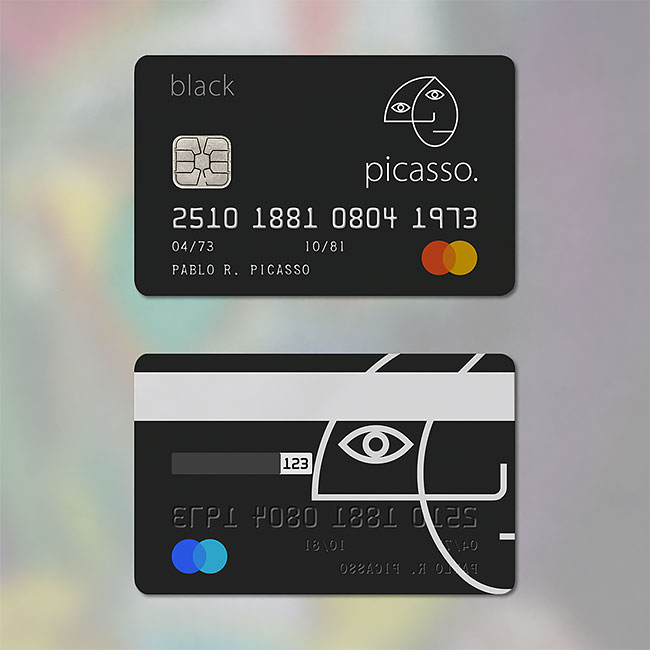 Have you ever thought how famous artists like Leonardo Da Vinci or Salvador Dali would create in the modern world? What if these famous painters had their own modern logos?

After working as a branding designer for a long time, Brazilian artist Milton Omena challenged himself to expand his design boundaries and get out of his comfort zone and fulfill his idea of creating visual identities for famous painters. He carefully thought of painting styles, painters personalities, habits and lifestyles and how each of them would have a unique logo, brand or product.

“For example, I have never made freehand logos or proportion calculus. I have never used pastels or more than 3 colors. Using the inspiration from painters who already had their strong styles established was a way of exercising my versatility,” the designer told Bored Panda.

Go down the page and check out the modern logos of famous painters!

PABLO PICASSO (1881 – 1973)
“His paintings are among the most expensive art ever auctioned and is repeatedly referenced as a multitalented artist being not only a painter, but also sculptor. his cubist style is the most recognized even by laymen.” 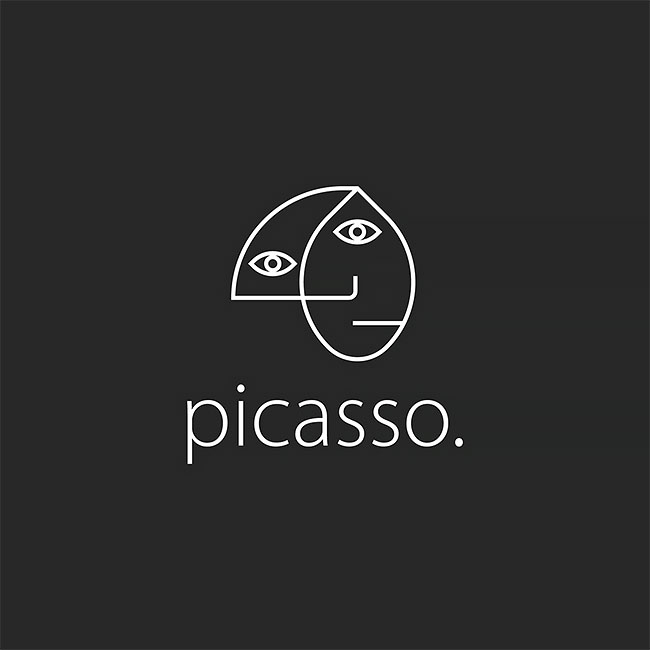 LEONARDO DA VINCI (1452 – 1519)
“As reference I used his sketches, notebooks and studies. Even though he’s known for his brilliant use of perspective and depth in backgrounds and amazingly expressive portraits, I figured that his inventor side would reflect more his personality.” 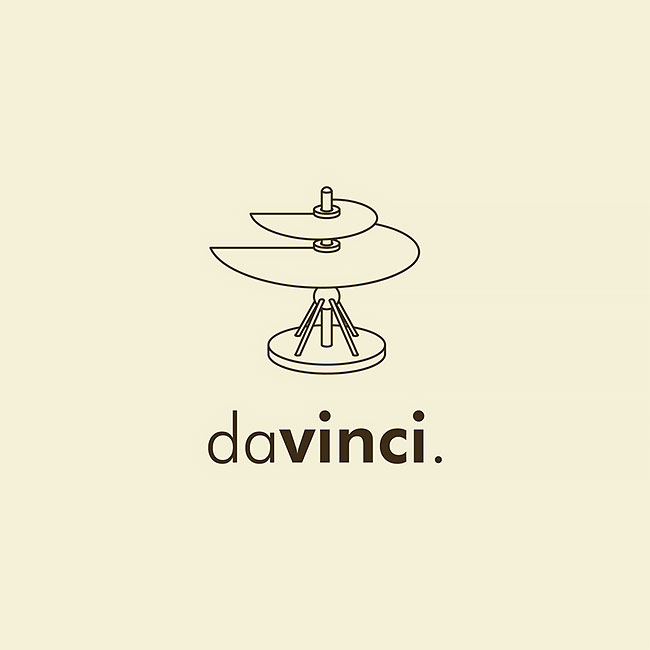 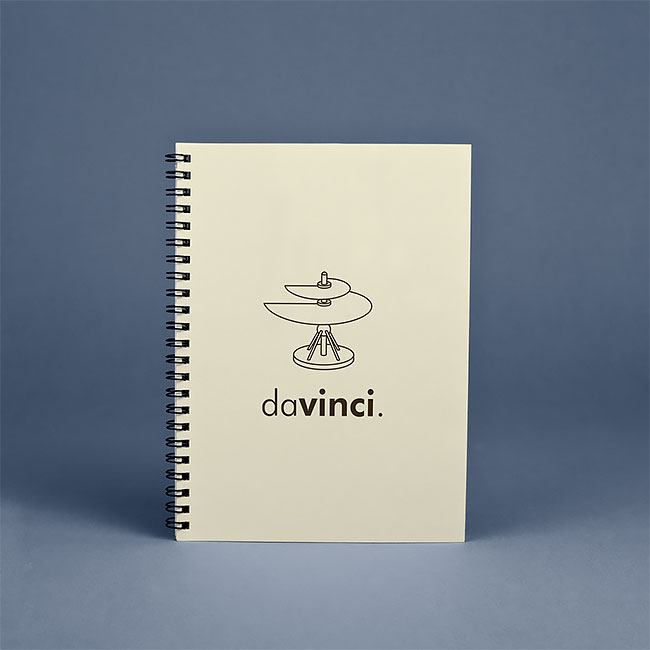 VINCENT VAN GOGH (1853 – 1890)
“Said to be a very reserverd and thoughtful person and a very meticulous artist I took inspiration from his iconic brush pattern. The brand identity became the only logical way to encompass his enormous influence.” 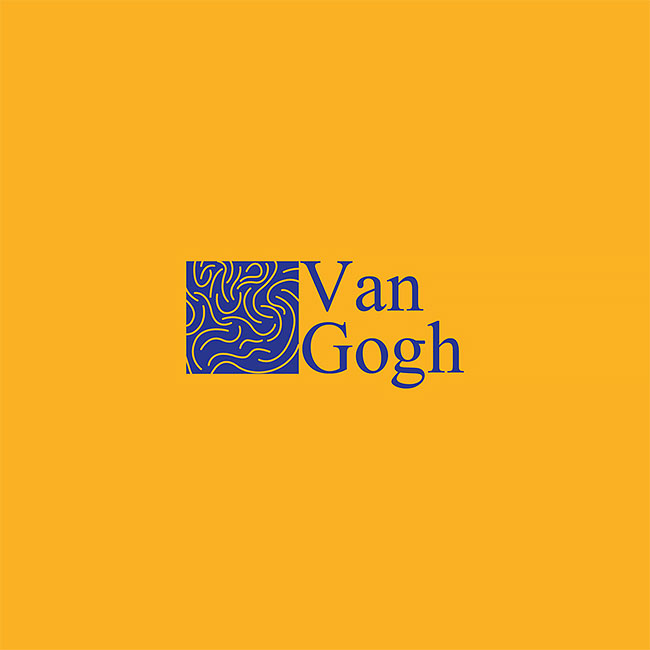 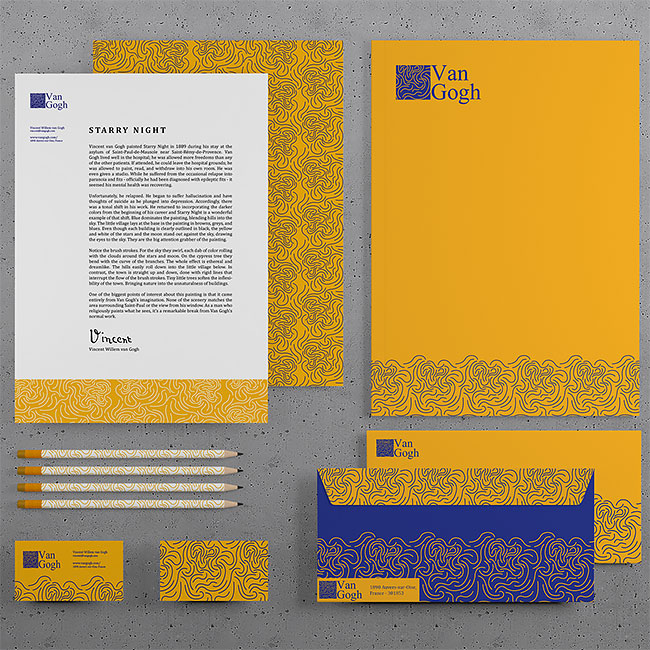 CLAUDE MONET (1840 – 1926)
“Monet was the most influent impressonist having the style of impressionism named after one of his paintings. I took inspiration from the famous paintings he made the bridge over the lake in his garden.” 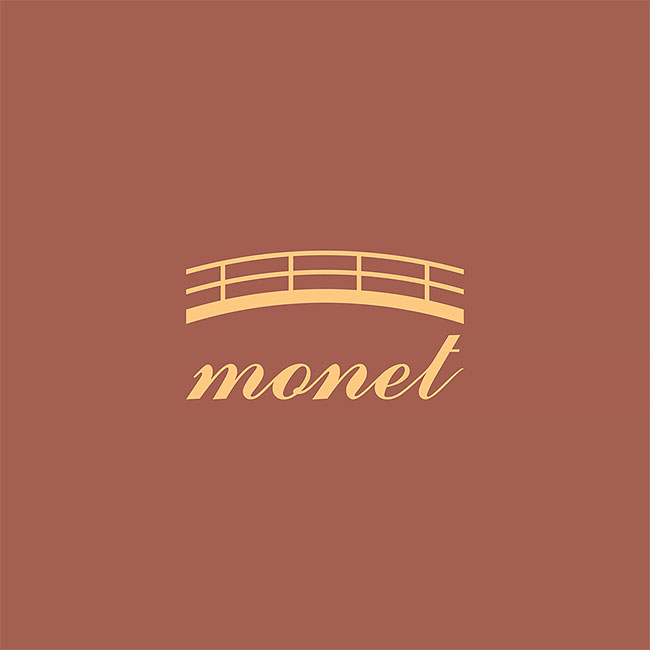 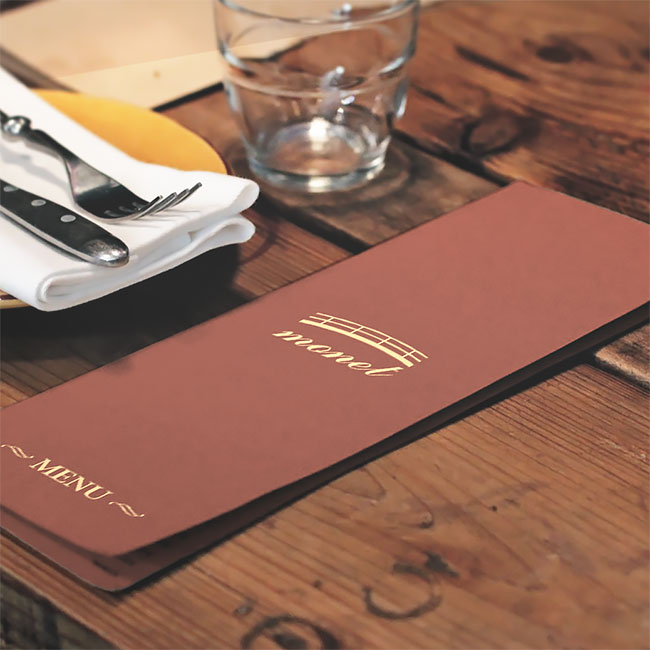 SALVADOR DALÍ (1904 – 1989)
“An amazingly weird man who transcended reality while maintaining a stunning realistic style. Known for his glorious mustache and irreverence. This was one of the logos I had the most fun designing. No grids, just freehand illustration.” 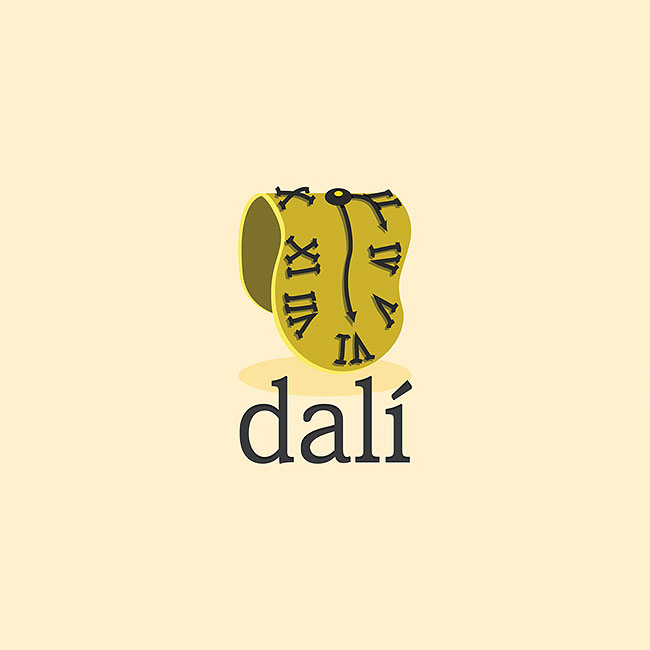 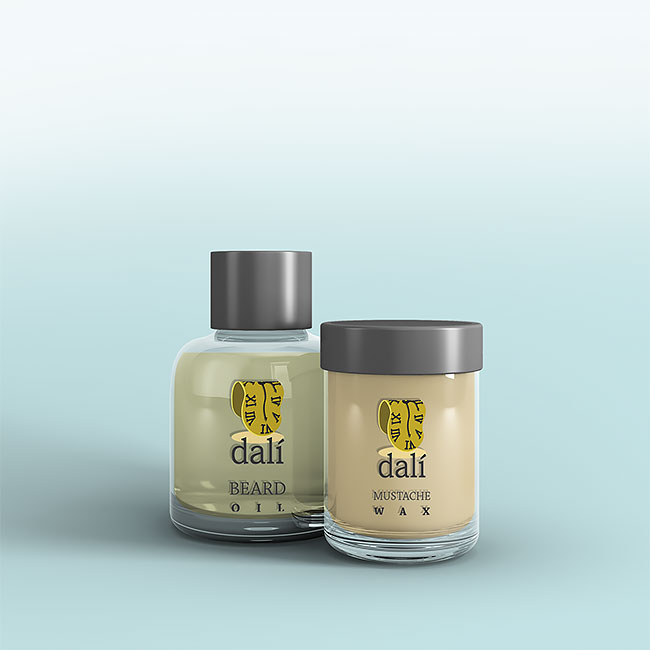 PIET MONDRIAN (1872 – 1944)
“A painter whose geometric and mathematical use of primary colors created neoplasticism and left a mark in history. His style influenced not only art but architecture and dgraphic design for the remaining years.” 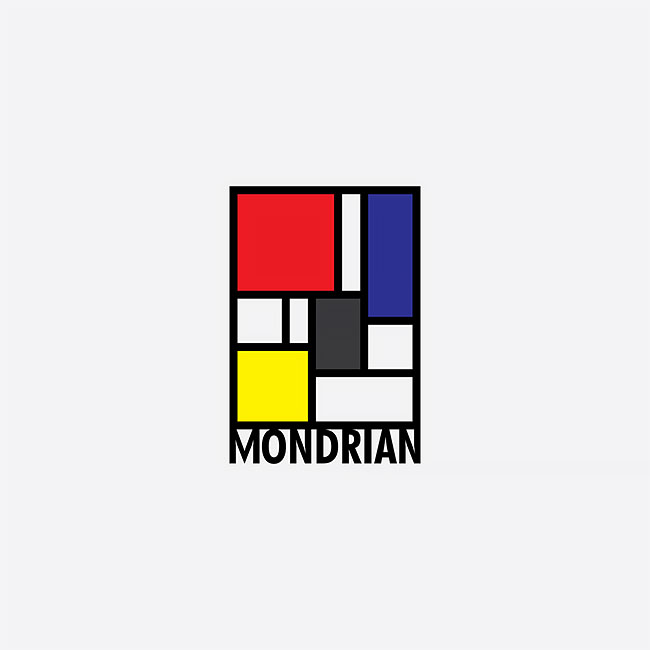 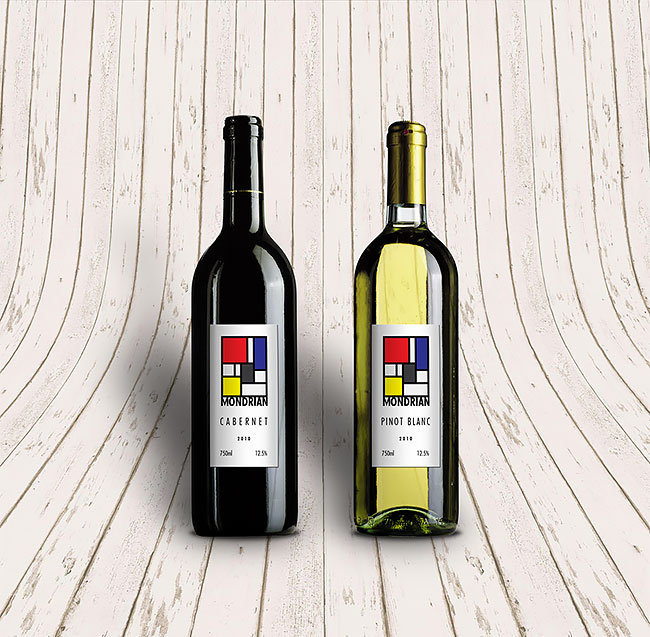 JACKSON POLLOCK (1912 – 1956)
“A rebellious man known for his dripping method of painting abstract expressionism and known for his cowboy attitude. A painter who used to paint on the floor and sometimes leave accidental cigarrete burns on his canvas due to his chainsmoking.” 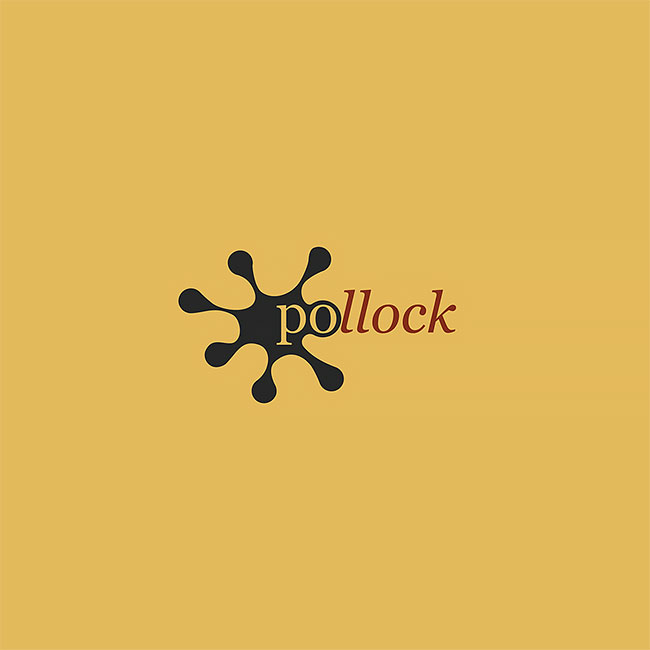 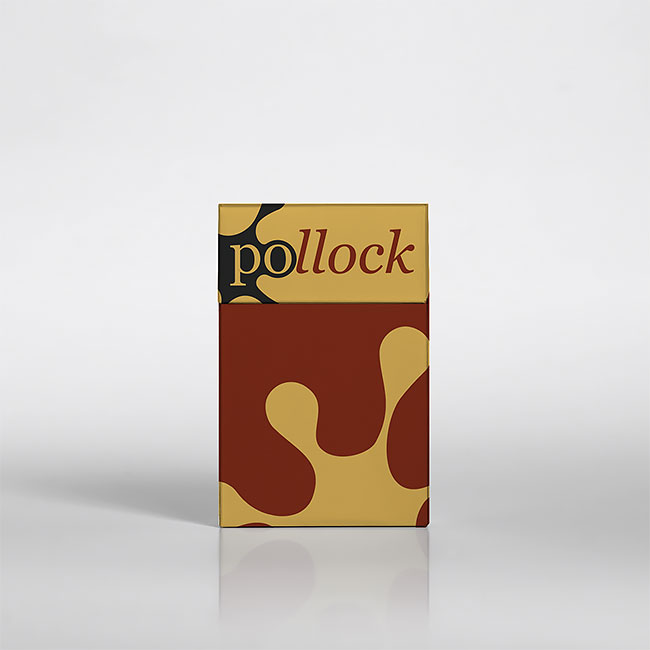 ANDY WARHOL (1928 – 1987)
“The biggest name in the pop-art movement. His constrating bright colors were a stire on the allure of fame and commercialism. An interesting man with very large ideas and who valued shock.” 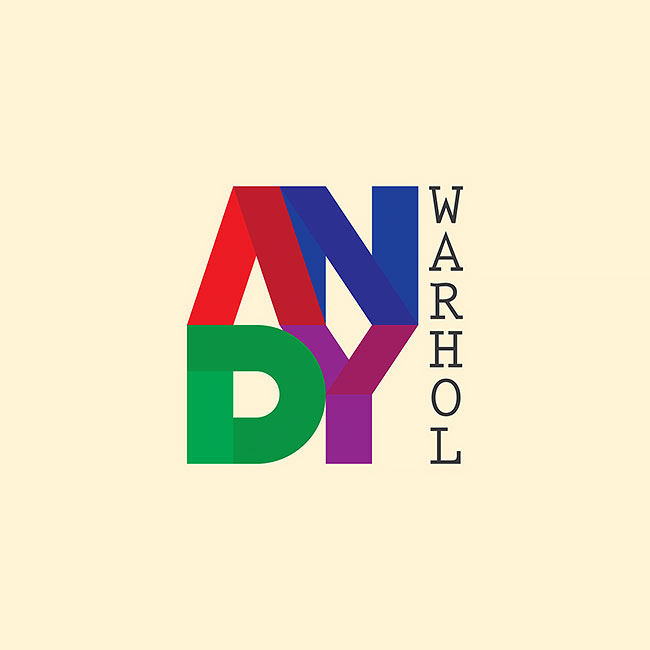 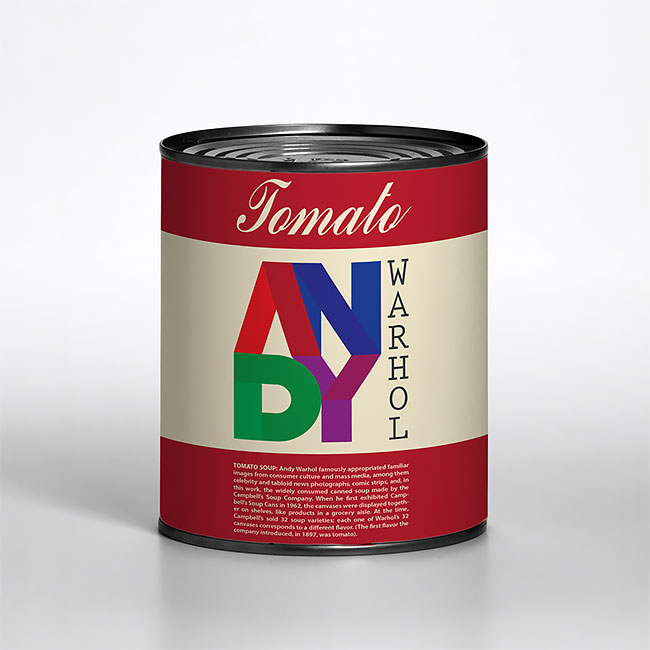 This Guy Was Really Annoyed By All The Garbage In His Town. So This Is What He Did...
This Mural Was Painted Upside-Down To Reflect Off Of The Water
Stylish Hospital Gowns Are Making A Huge Impact For Kids With Serious Illnesses
Kawaii, Fetish, Bizarre, Cruel: The Art Of GENk
Dark Souls, Bloodborne and More: Gloomy Art Works by CROM
A Comic Book Classic and Master of Abstraction: Illustrations by Bill Sienkiewicz
Controversial Paintings Of People Skinned Alive That Will Shock You
Pejac Paints Mesmerizing 'Eye Trap' Window and Keyhole Illusions on the Streets of Istanbul
Singaporean Artist Depicts How Strange She Feels In Japan
Zombies, Vampires, and Goblins-Jazzmen: The Macabre Undead Illustrated by Rob Bliss
2007 ‒ 2023 by Design You Trust. Proudly hosted by WebHostingBuzz.
Privacy Policy · Terms of Service · Content Removal Policy ❤️ 🇺🇦