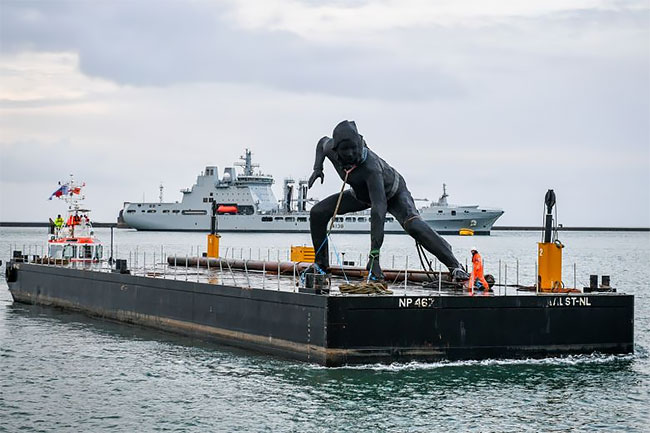 Britain’s largest bronze sculpture – a giant figure of a crouching woman – glided into its new home in the coastal city of Plymouth on Monday, bolted onto the back of a sea barge.

The seven-metre (23 ft) high artwork, showing an actress poised to leap into action, crossed the waters of Plymouth Sound and landed at the city’s Millbay Docks, dwarfing the hard-hatted crewmen below who did not even make it up to her knee. 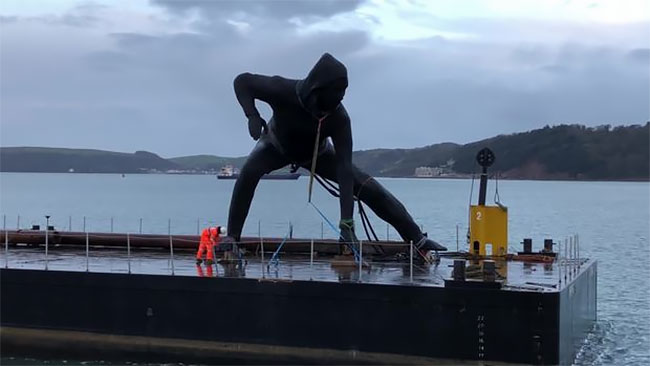 The statue was hoisted onto a flatbed lorry and crowds cheered as it was driven at walking pace to its spot outside the Theatre Royal Plymouth. 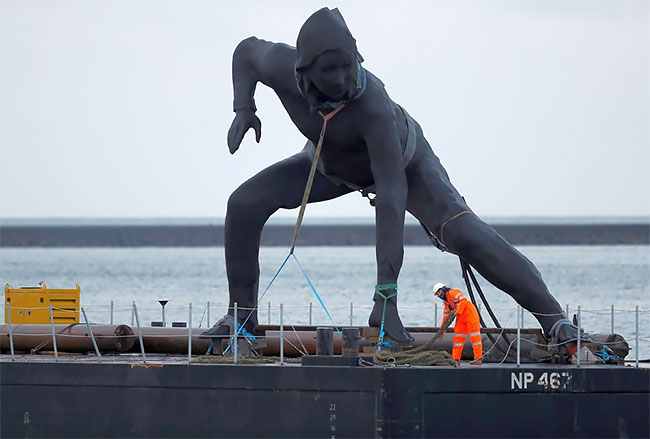 The figure, titled “Messenger,” was created by 44-year-old sculptor Joseph Hillier as part of a wider regeneration project for the southwest English city. Locals christened the creation in honour of the athlete Paula Radcliffe after she stopped for a toilet break during the London Marathon. 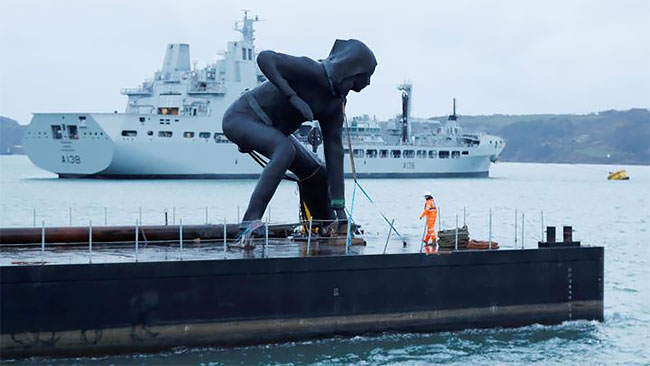 Hillier, who was born in the neighbouring county of Cornwall, said he was working with a group of actors when he saw one strike the pose during a pause in a fight scene. 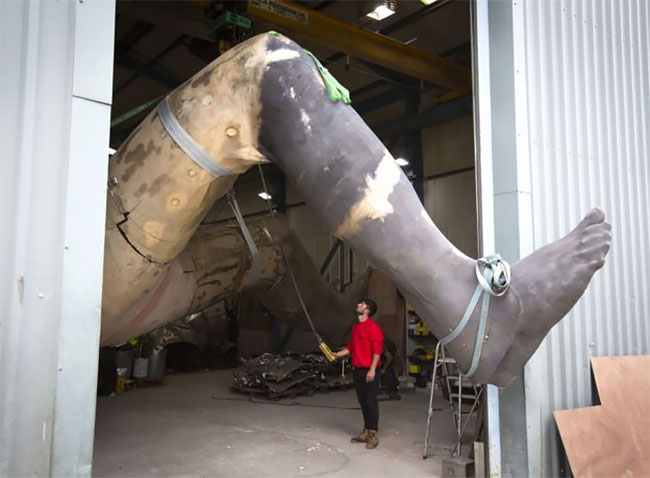 “If you walk around London, or any major city, there is lots of statuary of men on horseback, of men on podiums. This woman is very much on the ground, with a very dynamic pose, lots of diagonal lines, ready to take on that history.” 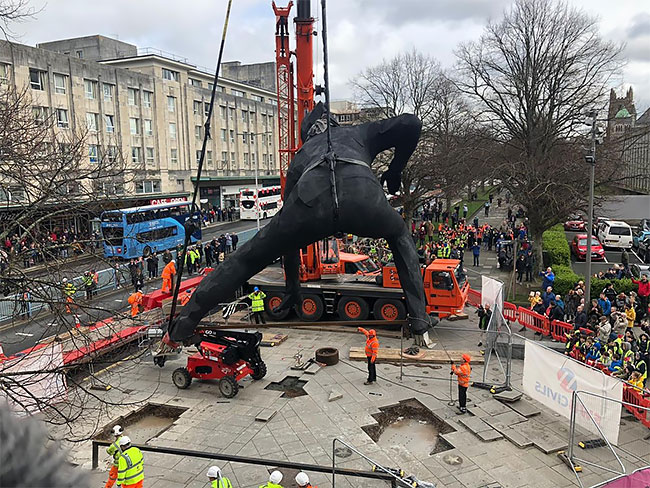 The statue was cast in a foundry in Wales and driven, in parts, 435 km to Plymouth Naval Base, where it was assembled. It had to make the last leg of the journey by sea as it was too tall to get under motorway bridges. 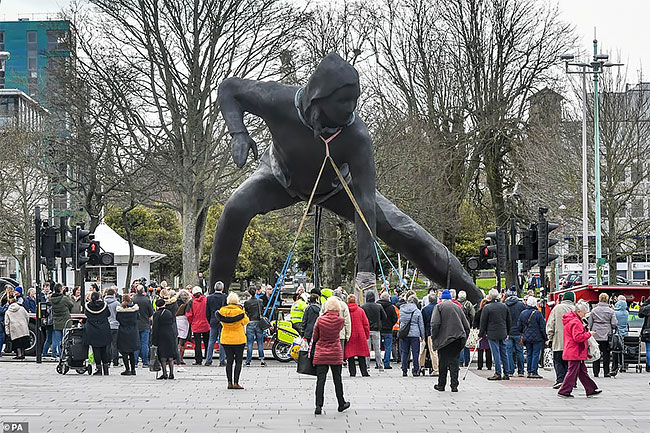 The theatre, which commissioned it, said it wanted to create a landmark that would embody the creativity in Plymouth and in the theatre and “create a renewed pride in the city and sense of optimism in its future.” 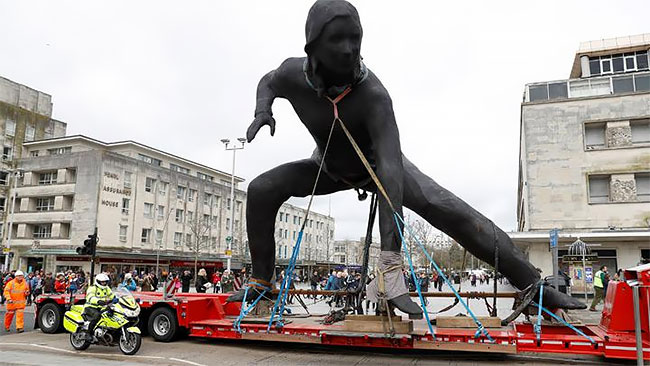 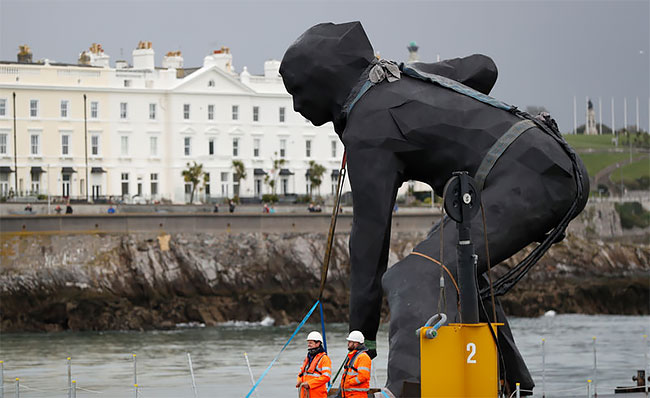 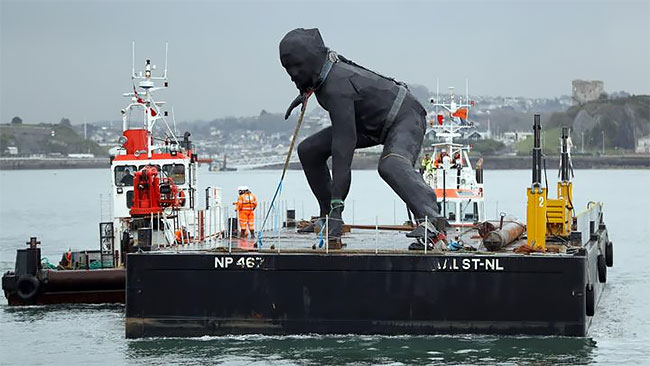 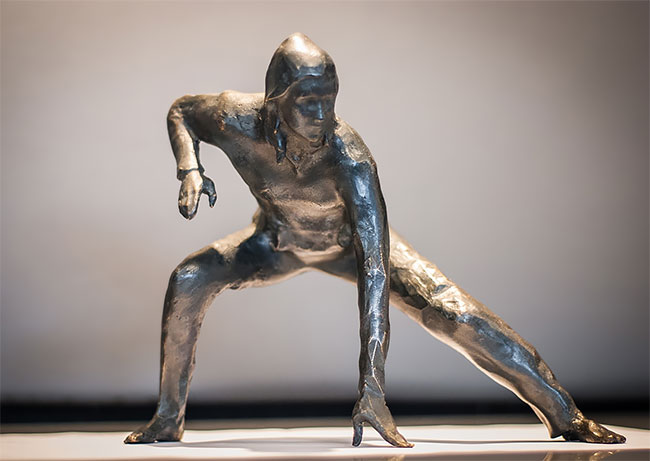