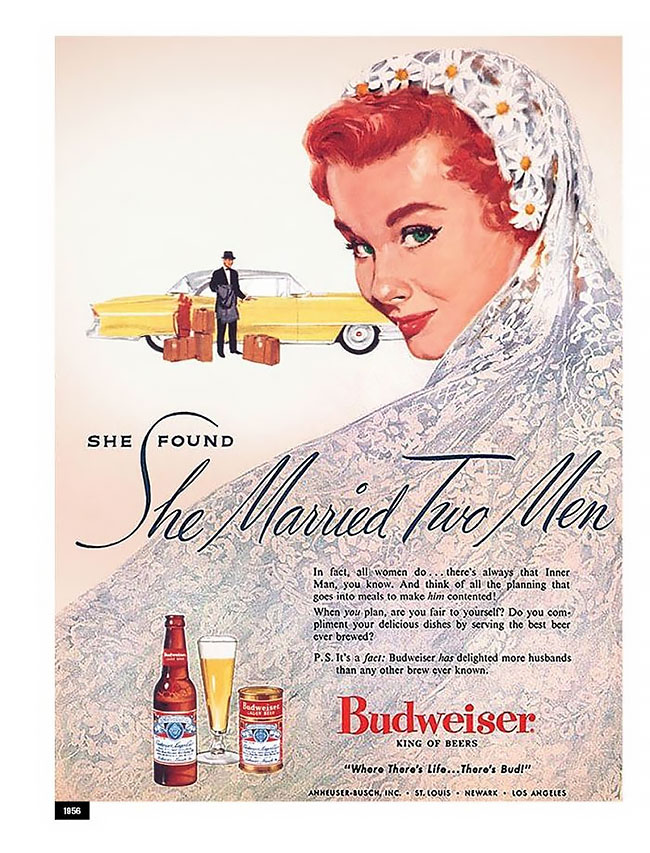 In honor of the International Women’s Day, Budweiser, in collaboration with VaynerMedia, decided to revisit some of their some of their advertisements from the past era, that had some rather sexist remarks. The ads implied that anything women did was supposed to please men, with little attention to themselves. However, thanks to the efforts of feminists everywhere, that is no longer the case and women are free to be themselves without looking for male approval – and Budweiser decided to showcase just that.

Back in the middle of the last century, women were expected to conform to certain gender roles when growing up. And these types of sexist advertisements only helped reinforce them. Even though nowadays these gender roles are implied less and less, there’s still a long way to go to fully get rid of them. 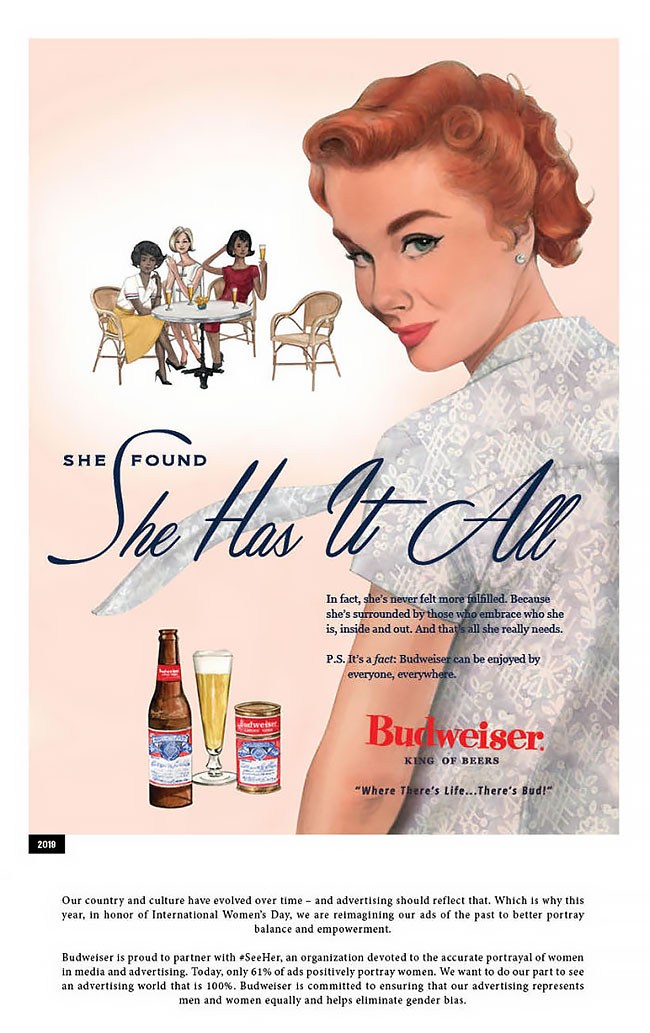 The perfect woman back in the 1950s was expected to be a great mother that took care of the household and dedicated all of her time to please her husband. Many advertisements of the day reinforced this stereotype – especially beer and cigarette ads.

Budweiser decided to distance themselves from this type of behavior and with the help of illustrators Heather Landis, Nicole Evans and Dena Cooper redesigned the ads to show a family where both parts are equal, free of the assigned gender roles. 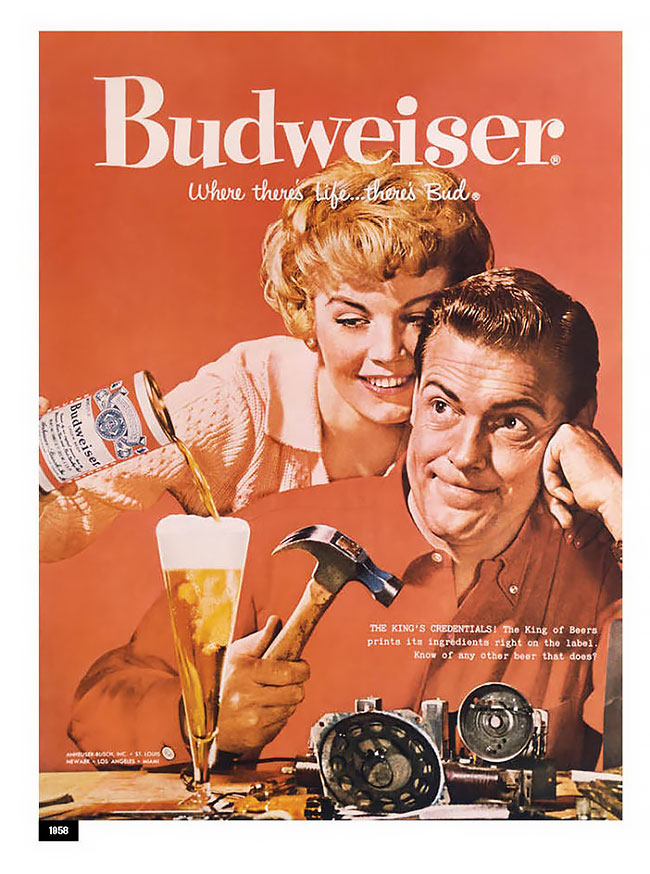 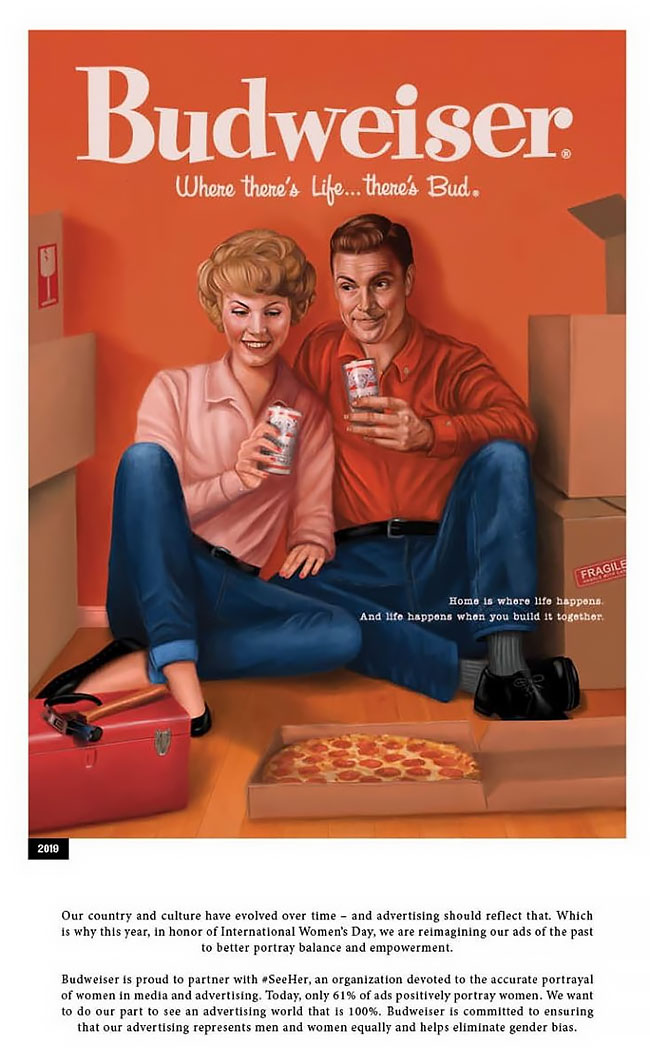 Sexist slogans like “She found she married two men” were replaced with more empowering ones, like “She found she has it all”. Also, the ads no longer imply there being a ‘man of the house’ – it’s a family that solves their problems together, as a team. 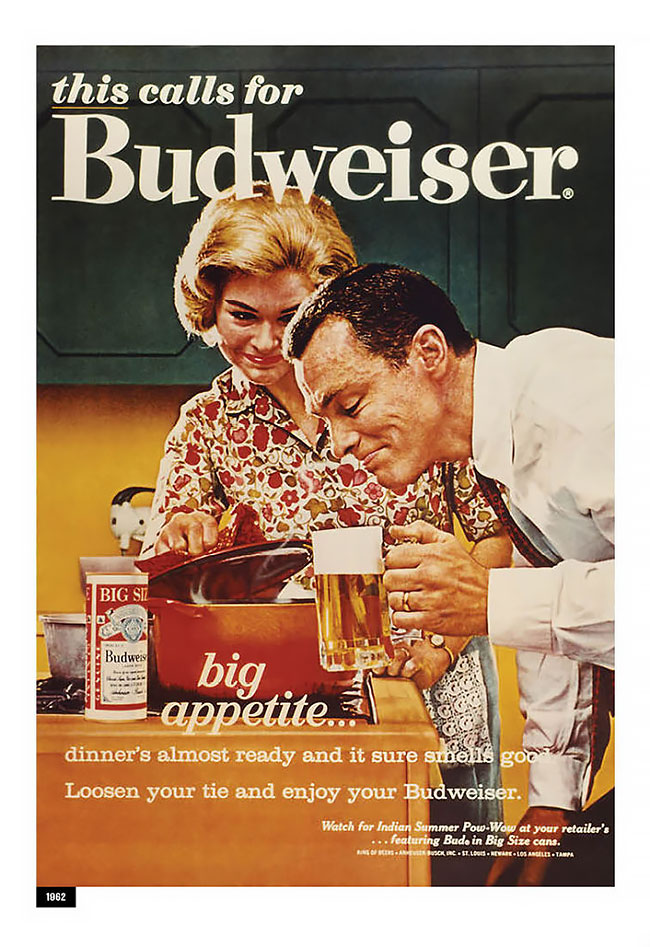 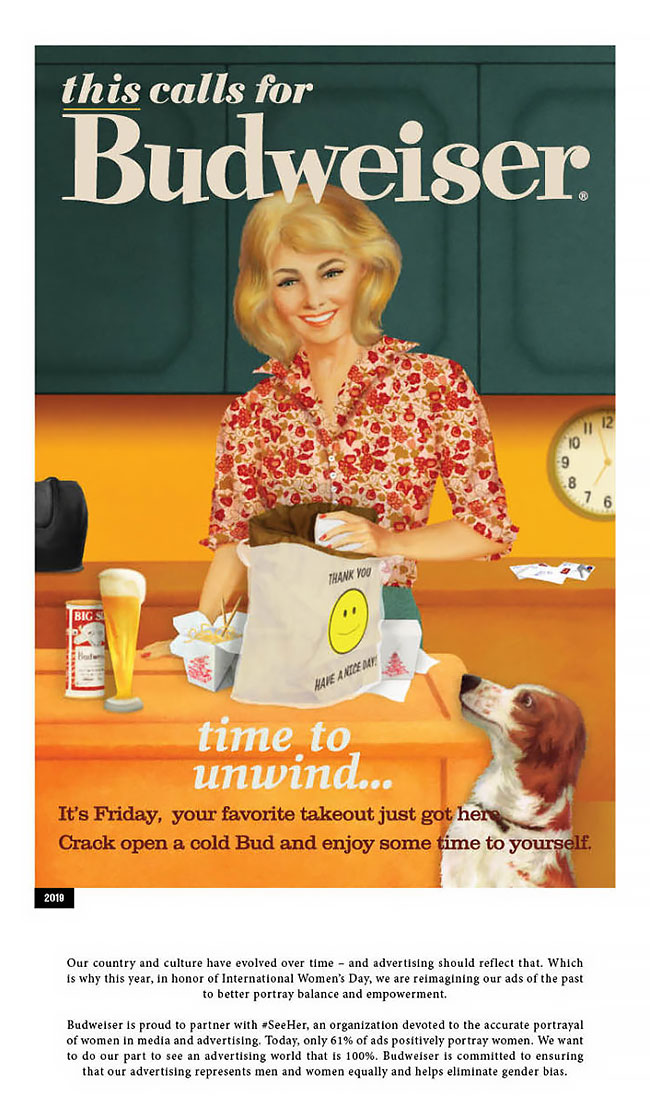 The recreated ads are part of the #SeeHer initiative – a campaign created by the Association of National Advertisers, that aims to improve how genders are portrayed in the media. And even though there’s still a long way to go, with only 61 % of ads positively portraying women, efforts like these are what help increase this number.

The campaign is a part of a long-term partnership with the Association of National Advertisers’ “#SeeHer” initiative, which aims to improve how women are portrayed across all media and advertising. There is definitely more diversity, accuracy and respect in the portrayal of women comparing to the mid-twentieth century, but according to #SeeHer data Budweiser is including into the campaign ads, only 61 % of ads positively portray women.

This Japanese Artist Perfectly Draws Traditional Slavic Characters with Manga Twist
Untitled Save, How Would the Great Artists Look Today?
12 Tricks To Appear Smart In Emails
Tender and Militant: Artist Sung-Choul Ham and His South Korean Fantasy Worlds
An Artist Brilliantly Illustrates The Truth Behind Creative Jobs
In 1909, The Strand Magazine Imagined What Would Happen If Giant Insects Attacked London
This Artist Draws Portraits Of People Using Pencils And Watercolors
"Star Wars" Characters Brilliantly Reimagined As "Calvin And Hobbes"
The Instagram Account Documenting The Best Food Scenes In Cult Films
Real Glitches In The Matrix That Will Freak You Out
2007 ‒ 2023 by Design You Trust. Proudly hosted by WebHostingBuzz.
Privacy Policy · Terms of Service · Content Removal Policy ❤️ 🇺🇦