In China, A Giant Panda Statue With Its Own Iron Man Suit 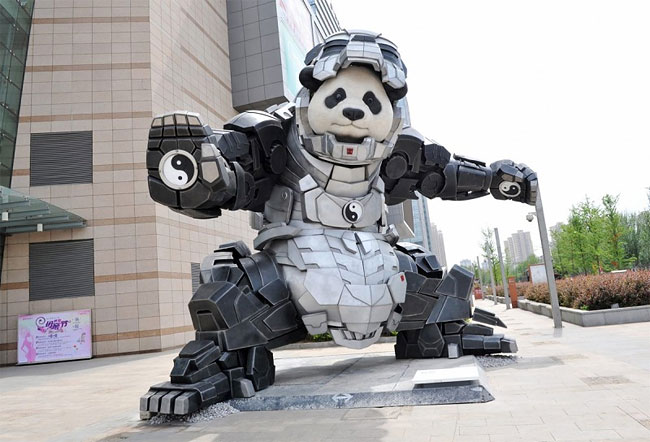 As if pandas weren’t cool enough! In Shenyang, China, local artist Bi Heng has put up a 9-metre high, 7-metre wide panda statue that would give Iron Man a run for his money. Called ‘Iron Panda’, the sculpture features a towering panda wearing a Chinese version of Tony Stark’s famous high-powered suit of armour. Instead of just lounging around acting all cute like other pandas, this one proudly poses in a fighting stance ready to blast enemies with its yin-yang beams. 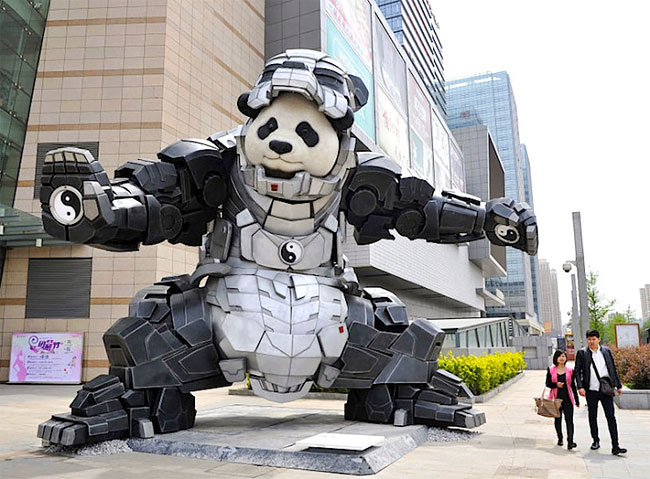 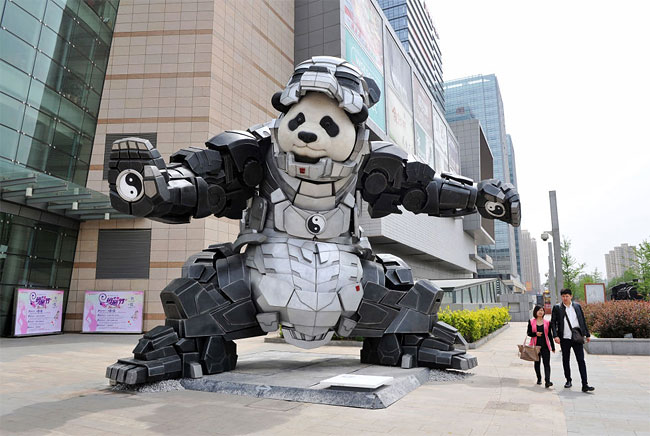 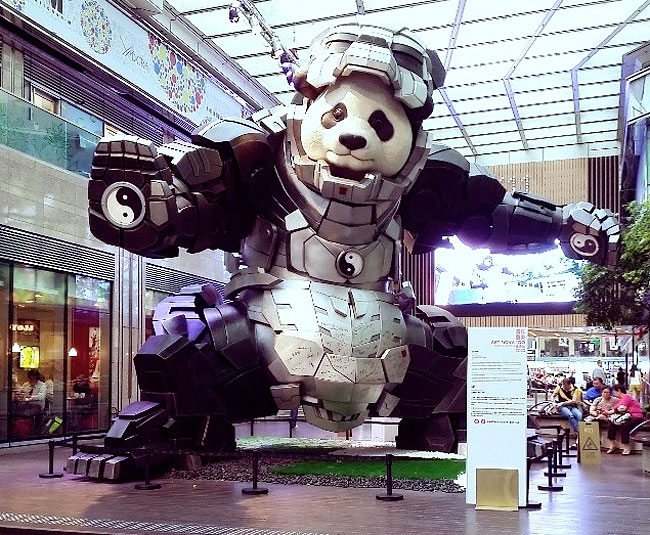 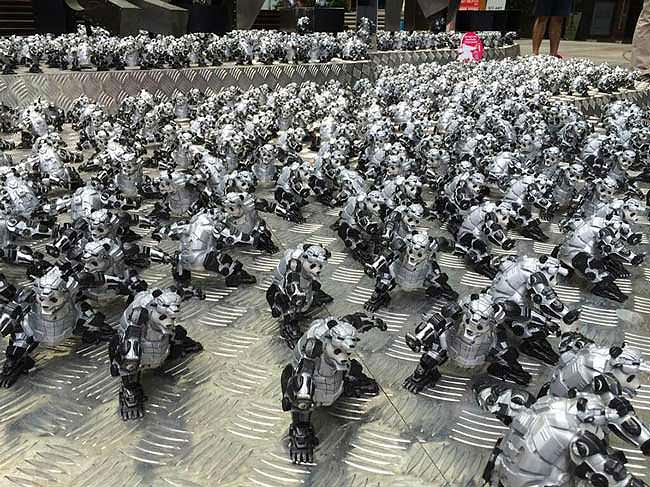 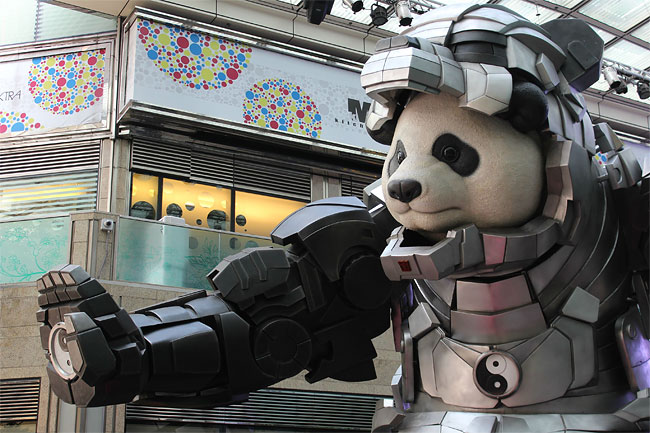 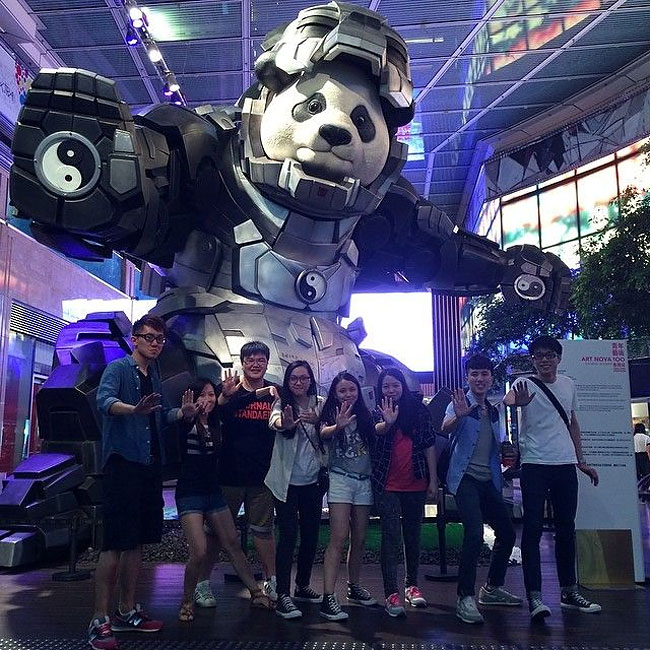 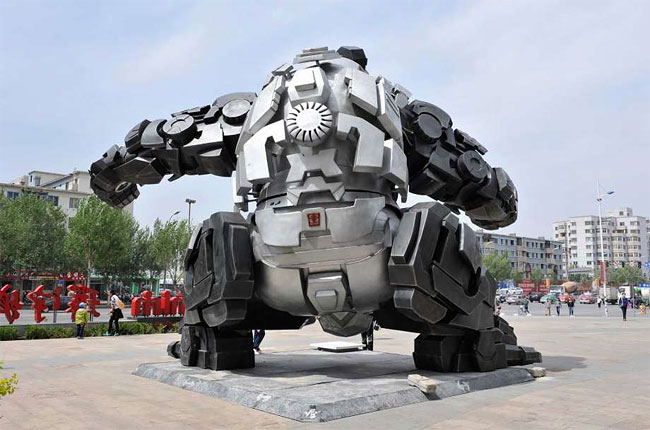 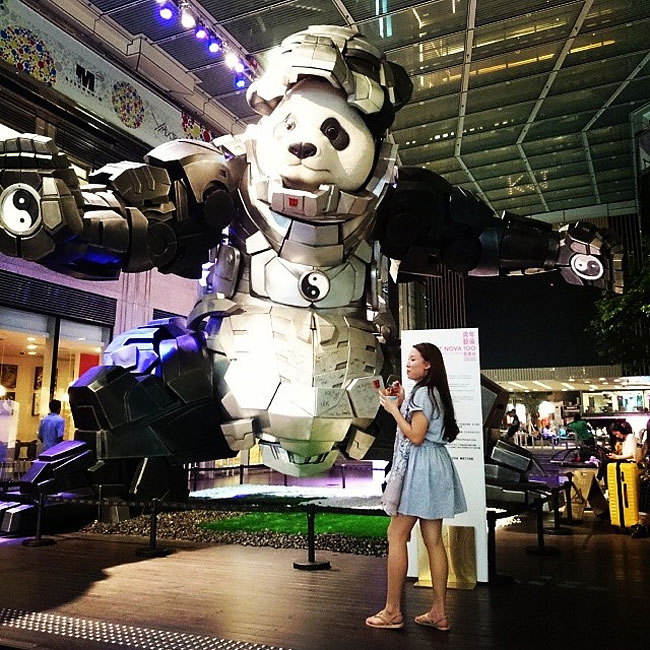 Heng has also created variants on his “Iron Panda” concept such as this small work featured at the K11 art mall in Tsim Sha Tsui, Hong Kong. The piece is part of the ‘Art Nova 100’, a collaboration with Art Basel, showcasing the works of 100 emerging Asian artists: