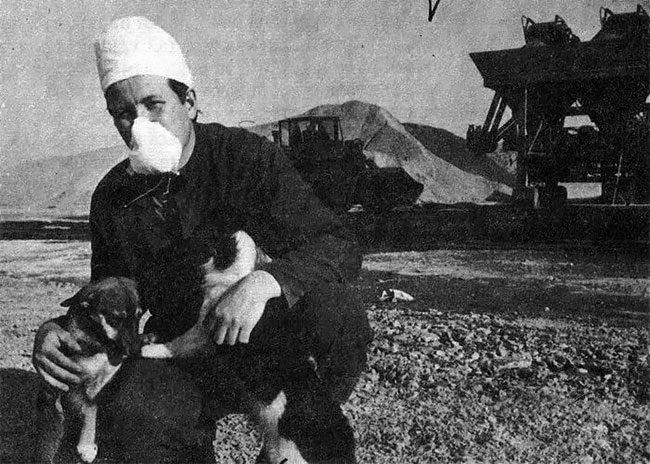 In 1986, tragedy struck the Chernobyl power plant in Ukraine when the Unit 4 reactor failed, spewing nuclear waste and radiation throughout the nearby city of Pripyat. The Soviet Union evacuated 120,000 people and established what is now known as the Exclusion Zone, covering 1,000 square miles. Those forced out of their homes had to leave behind their pets. And like first responders to the disaster, these dogs and other animals were subject to radiation. 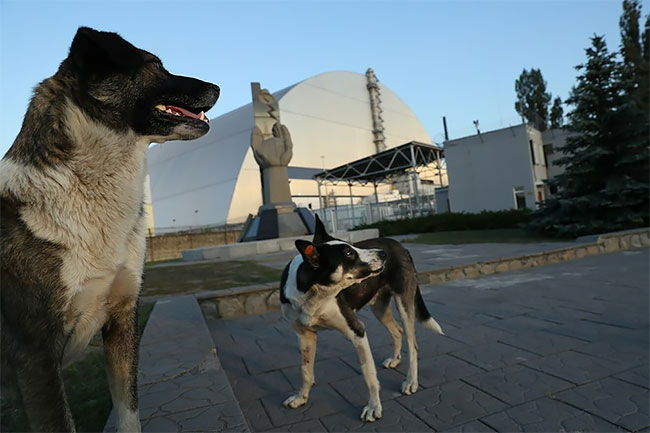 Now, over 30 years later, hundreds of stray dogs live in and around the power plant, along with scores of other animals that call Chernobyl home. Though efforts have been made to cull the canine population, the dogs of Chernobyl have proven remarkably hardy. 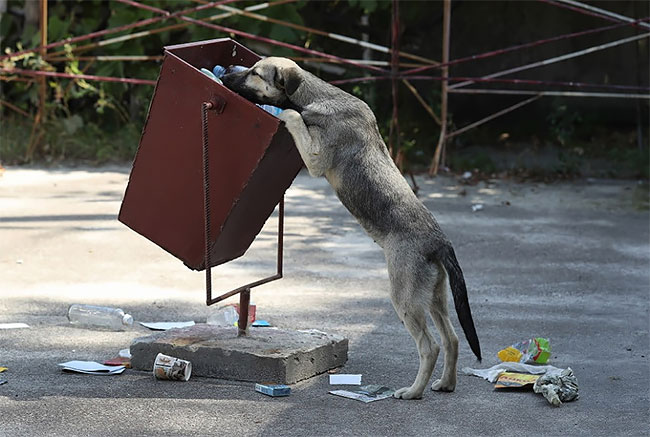 Now, they’re getting a chance to live in loving homes, thanks to the efforts of multiple nonprofit organizations devoted to animal welfare. In 2017, these organizations began offering the Chernobyl dogs medical attention. In May 2018, they brought the first batch of dogs to the United States to experience life outside the Exclusion Zone. 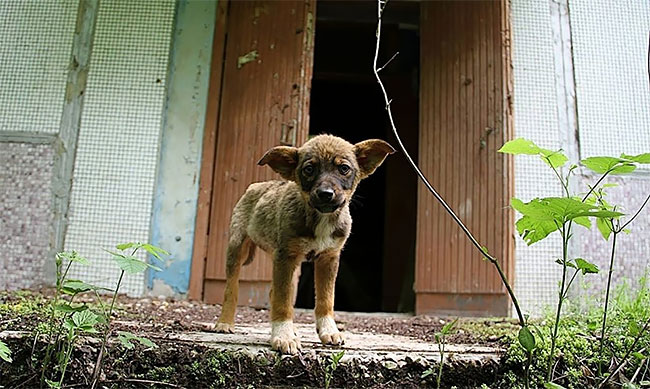 One of the most striking things about the dogs living in Chernobyl is that they’re all relatively young – most do not live to be older than four years. Although disease, malnutrition, and wolves and others predators contribute to their short lives, the main cause of death is harsh Ukrainian winters. 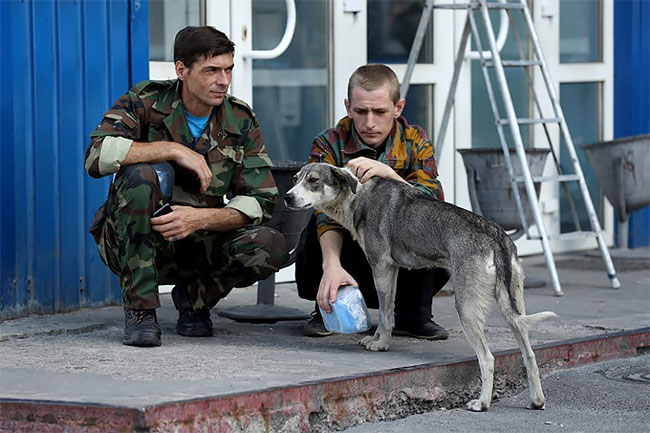 Four Paws, an organization devoted to helping animals in need, and the Clean Futures Fund, which supports “communities affected by industrial accidents,” have partnered to help dogs living in the Exclusion Zone. Their goal is to spay, neuter, and vaccinate the dogs – not only to stop breeding, but also to protect them from rabies and other contagious diseases they’ve been exposed to while living in the wild. 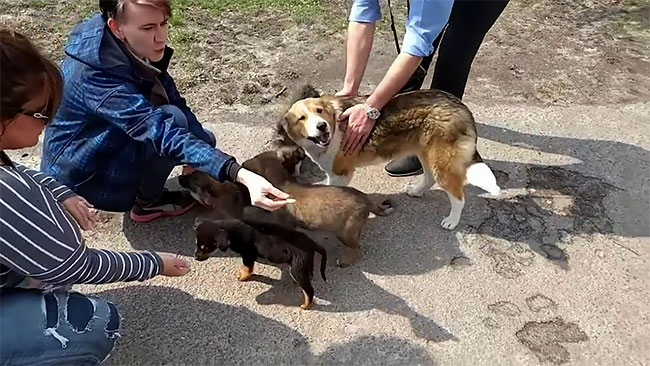 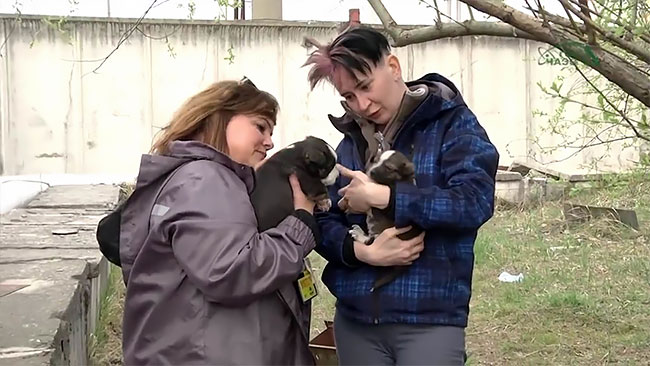 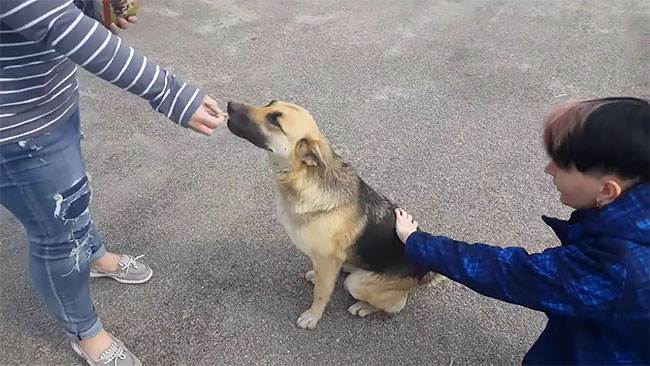 Someone Noticed That Cats Use Parking Bumpers As Pillows, And It’s Oddly Wholesome
Woman Quits Job to Knit Over 300 Coats and Hats for Abandoned Greyhounds
Bears Fighting on Road
The Dog Shaming 2021 Wall Calendar Features Thirteen Photo Collages with Themes Like "Learned My Lesson", "That's Not Cool", "Please Come Home", and "Let's Play!"
This Is A Tiny Hamster Rides Her Own Personal Subway Train
The Algonquin Hotel In NYC Has A Kitty Concierge Named Matilda
Wildscreen Photography Festival 2014
This Photographer Made Funny Noises At Animals And Captured Their Funny Expressions
Clean Portraits Of Tiny Pups In Big Places
Preening Panda, in Kuala Lumpur, Malaysia
Fisherman Catch Record Breaking Mako Shark
What The World Looks Like Through The Eyes Of Different Animals
Rescued Dogs Dressed Up In Sophisticated Outfits, Floral Crowns To Get Adopted
Flying with Man's Best Friend
Poop Factory: The Best DIY Halloween Costume For Your Dog
Photographer Takes Portraits of Black Shelter Cats Who Are Often the Last to Be Adopted
Photographer Captured The Incredible Scene Of The Tiny Ant Hauling A Huge Bee
Anti-Coyote Vests For Dogs Are More Punk Rock Than You'd Expect
Dog Has its Day as Mayor of San Francisco
Russian Designer From St. Petersburg Makes Toy Cats And Photographs Them In The City
Cool Vintage Photographs That Show People Riding Zebras From The Late 19th And Early 20th Centuries
Photographer Captures Two Squirrels Who Look Like They Are Attacking Each Other Like Ninjas
The Last Of The Kings: Very Sad Photos Of The Hard Life Of Congolese Gorillas
How this Man's Saved a Duckling
These Photos Of Surf City Surfing Dogs Will Make Your Day
"Animal Soul": Beautiful Portraits Of The Bad-Ass Cats By Robert Bahou
A News Conference for the Upcoming 139th Annual Westminster Kennel Club Dog Show
Four Month Old Northern Lynx Kittens get their First Public Outing
This Is The Most Ridiculously Fashionable Feline Ever
Swimming with Alligators
adoption, chernobyl, dogs, stray