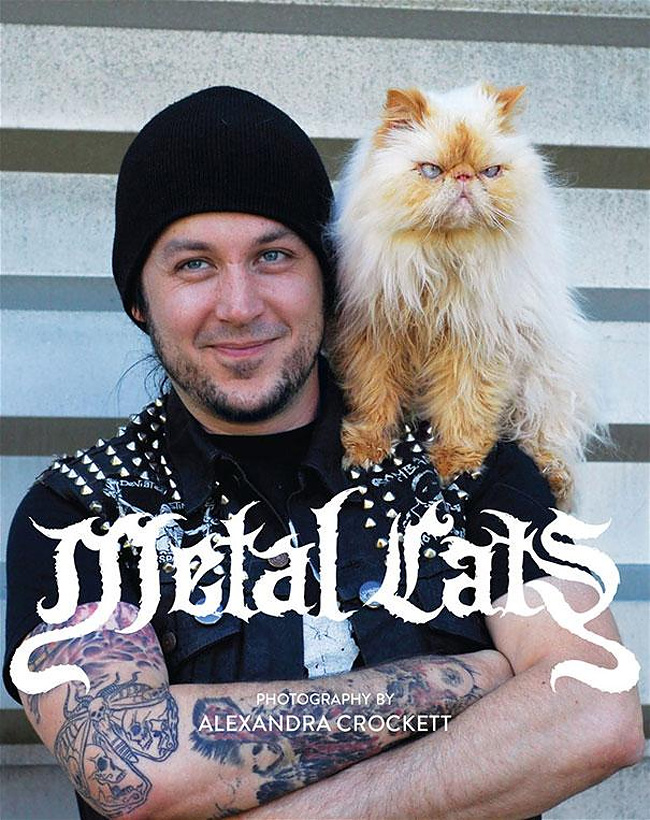 Musicians and fans of the metal music community often get a bad rap because of their dark, gruff and tattooed looks. The adorable set of photos published in Metal Cats by Alexandra Crockett sets out to change all that by getting accomplished metal musicians to pose with their feline friends and show off their softer sides. 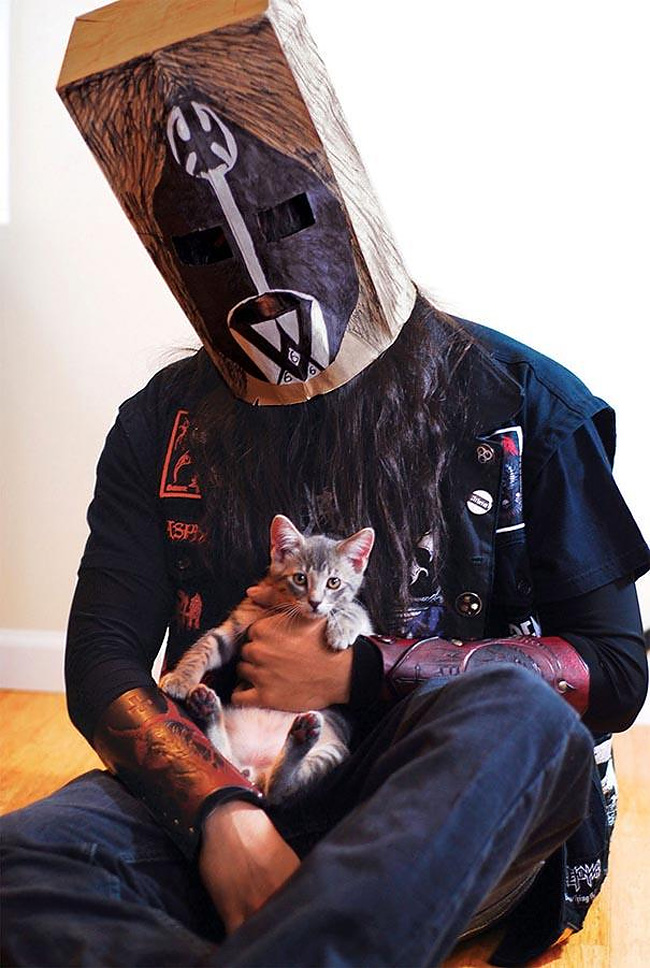 The people posing in these photos represent bands with names that are anything but cuddly – Napalm Death, Cattle Decapitation, Murder Construct, Skeletonwitch and Lightning Swords Of Death. But despite these fearsome band names and their black leather, spikes, tattoos and muscles, it’s clear that they share a close relationship with their loveable animals just like the rest of us. 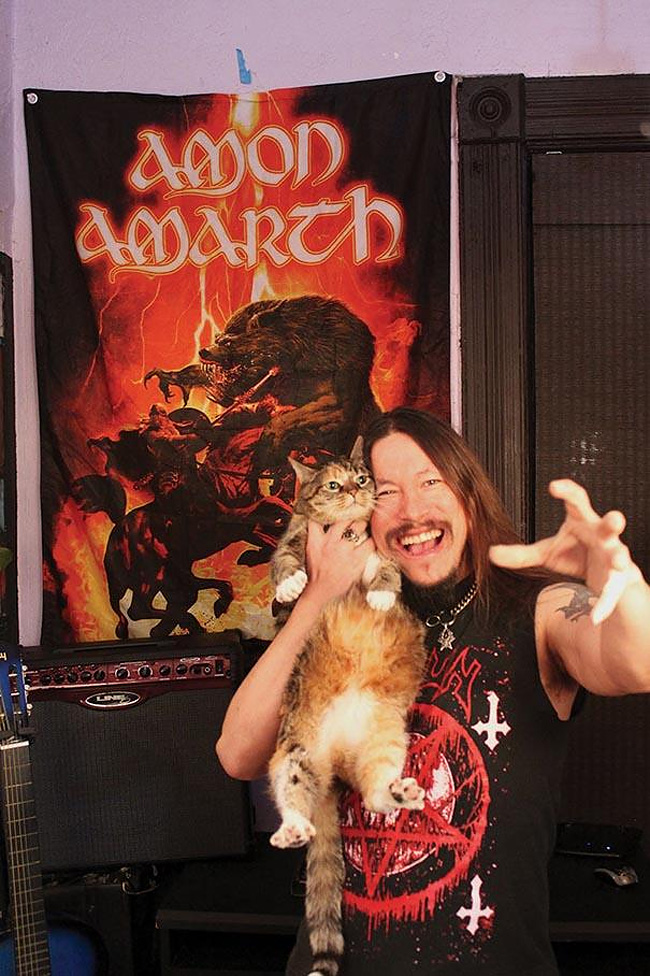 What’s even better is that these musicians, most of whom have thousands of supporters worldwide, aren’t just putting their faces behind the cause. A series of benefit concerts will be held along the U.S. West Coast, and the proceeds from these concerts, along with a portion of the book’s proceeds, will go to no-kill animal shelters at each of the four cities visited by the benefit shows. 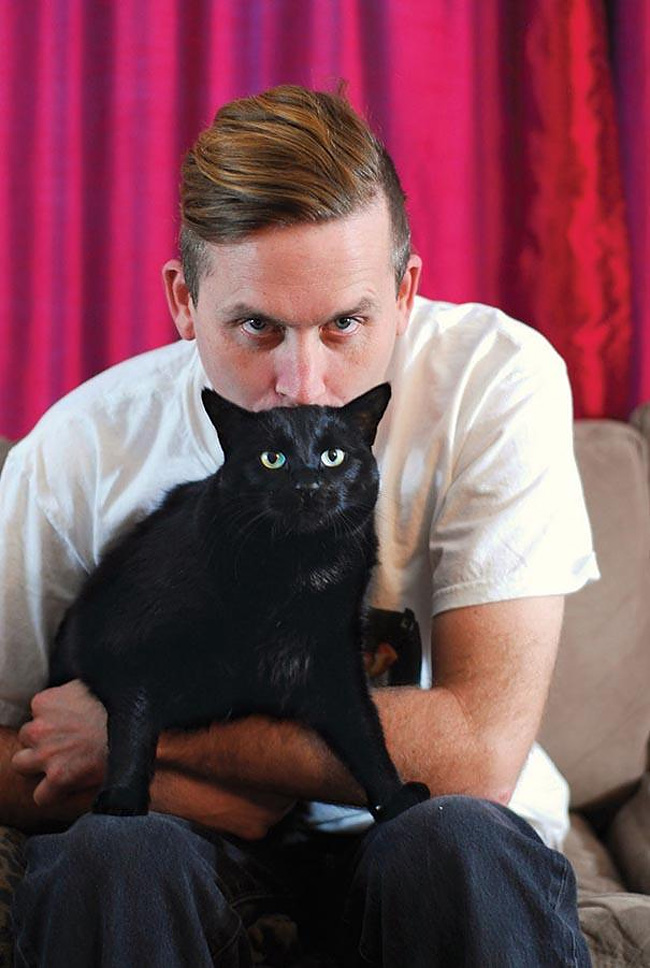 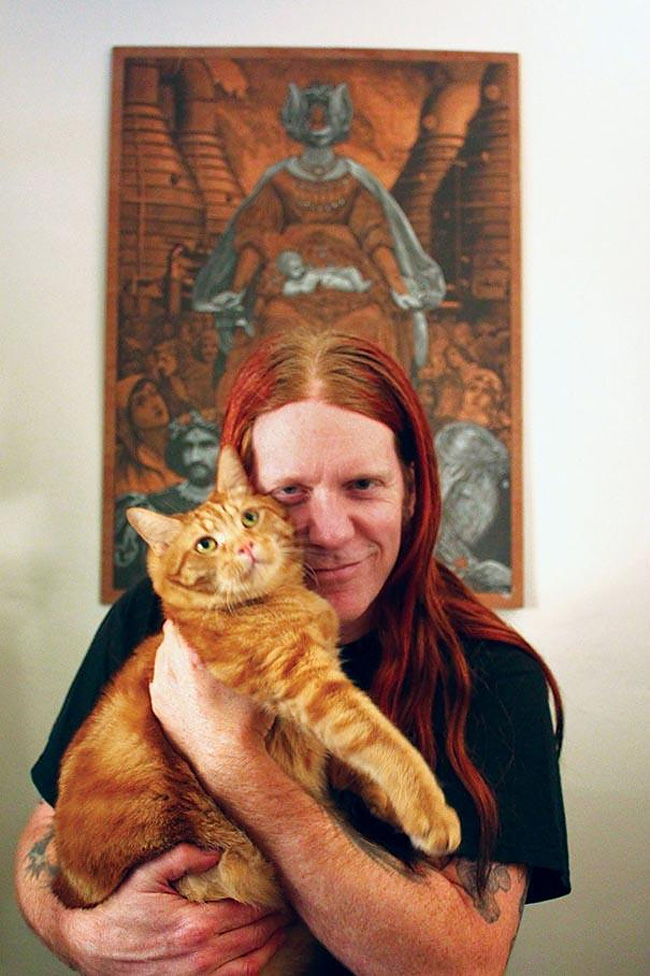 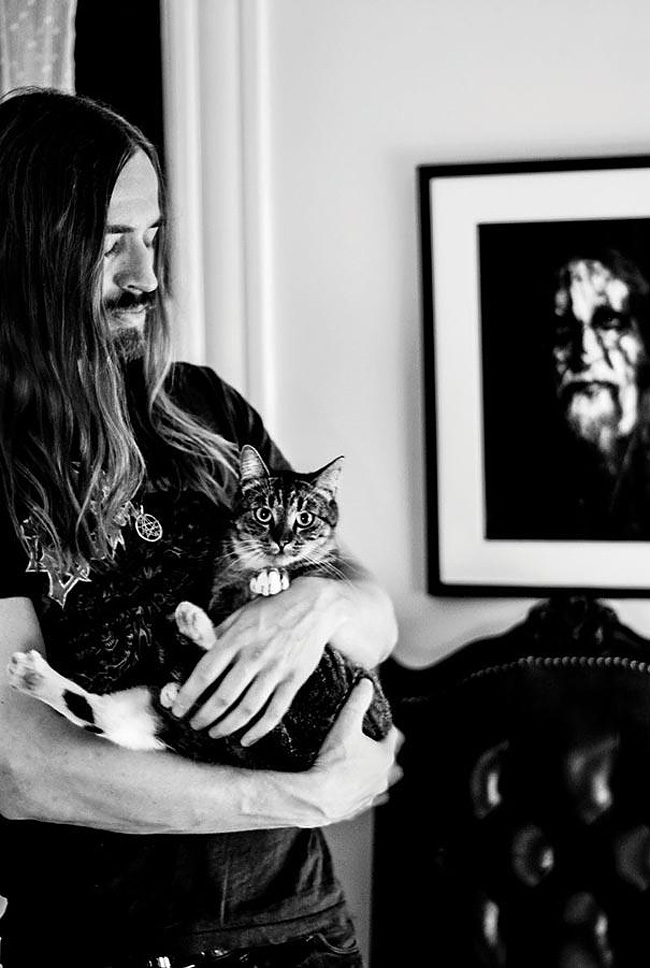 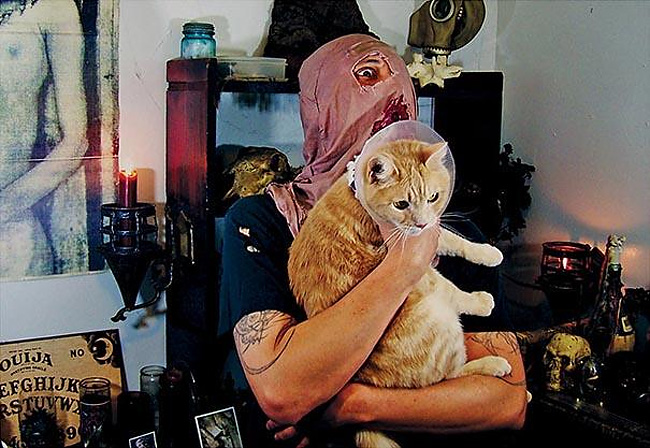 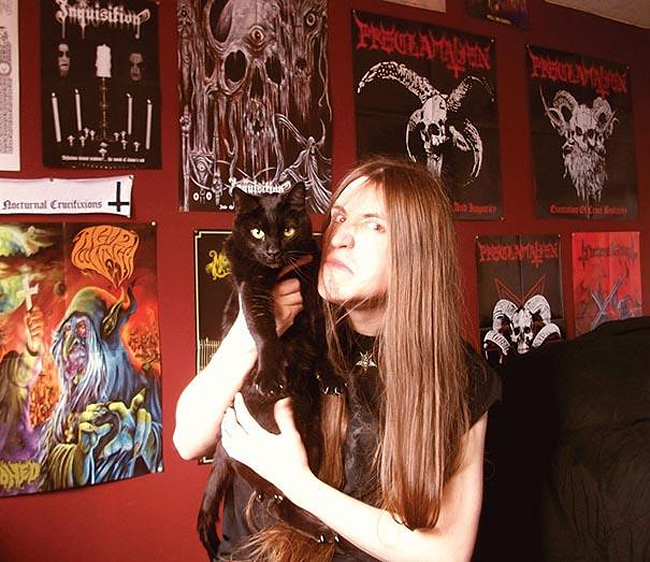 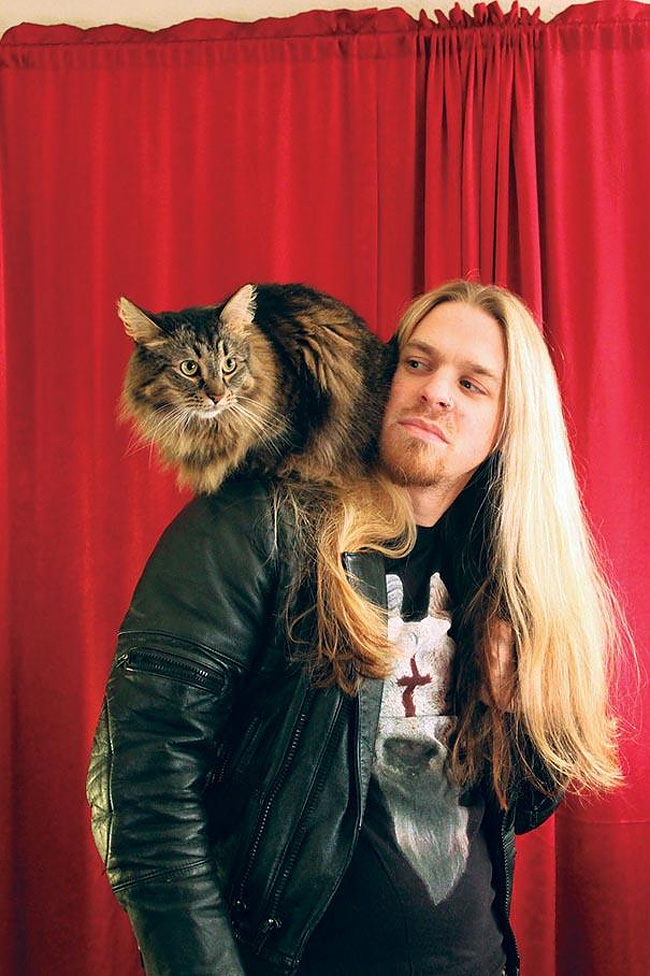 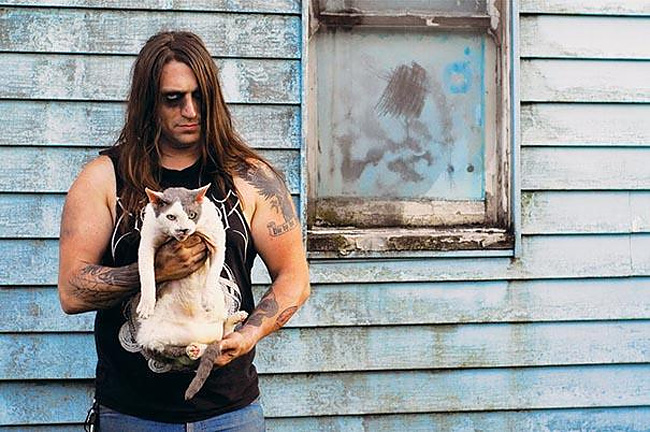 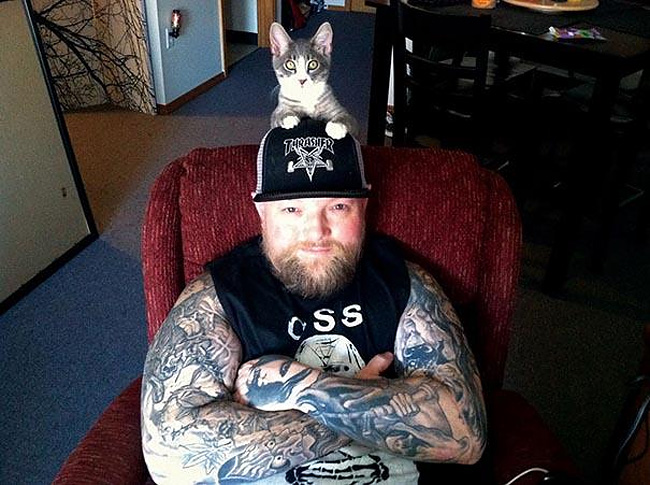 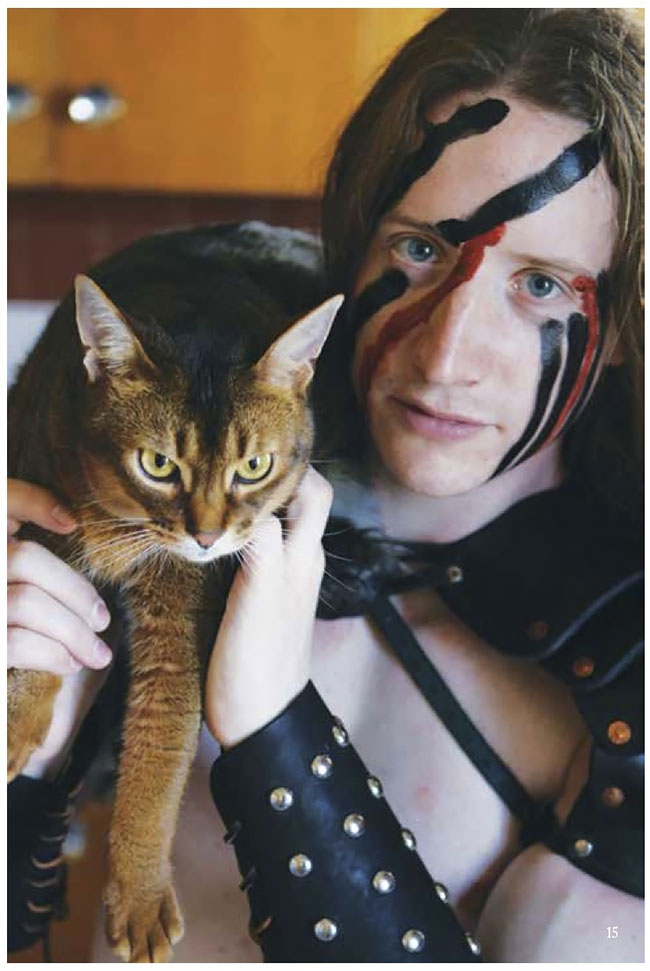 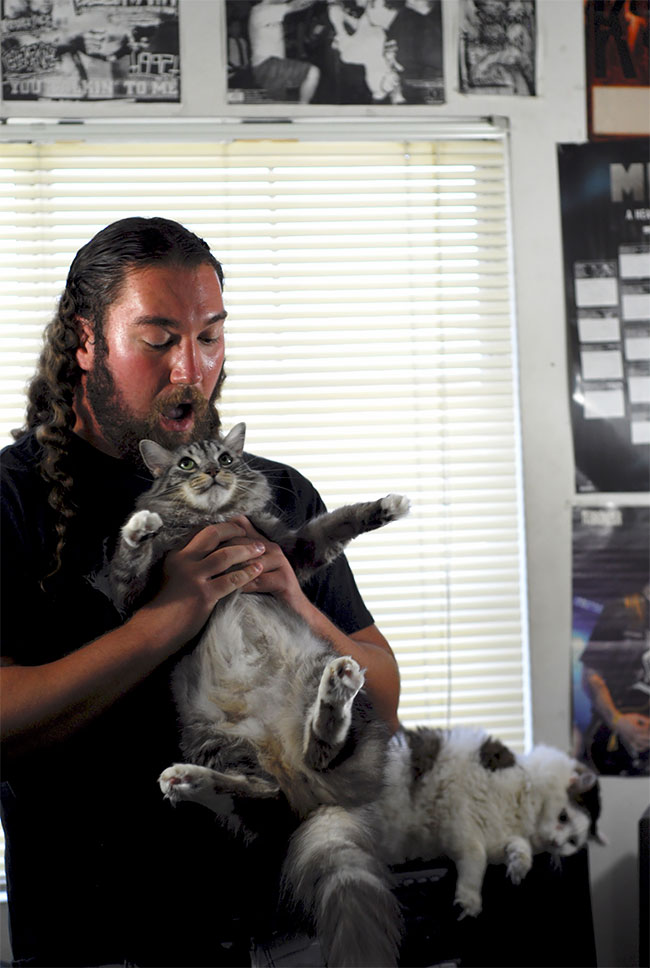 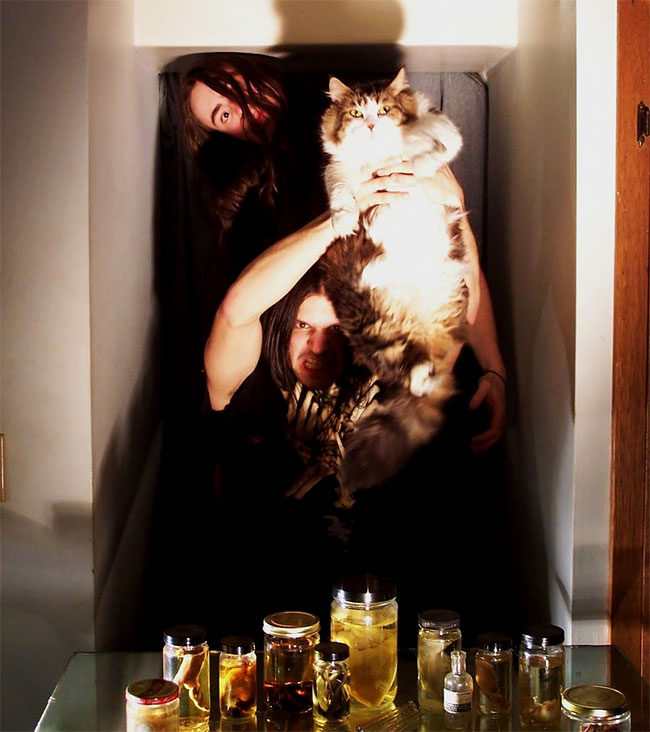 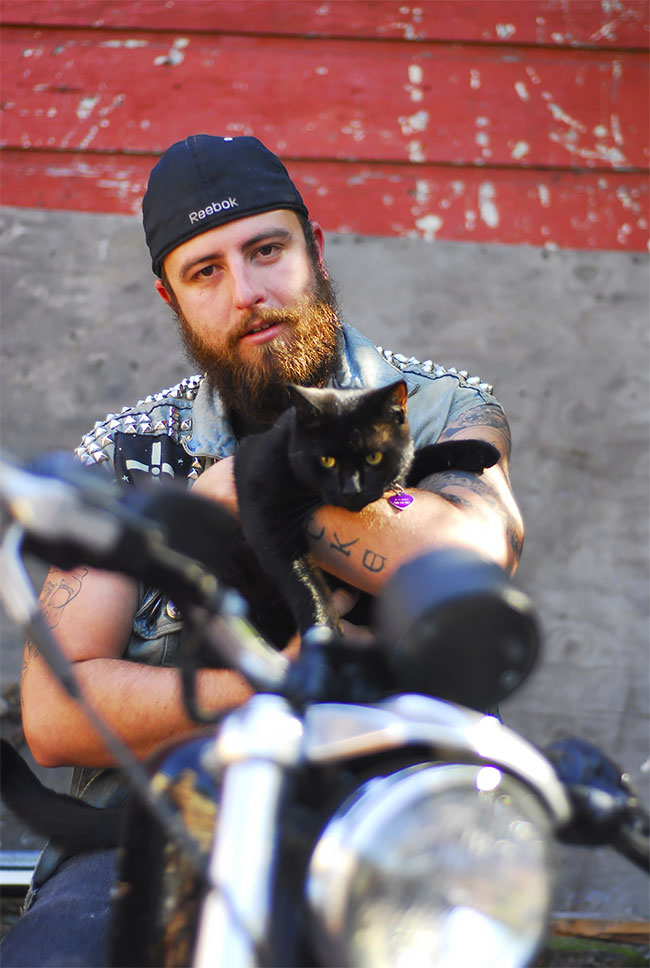 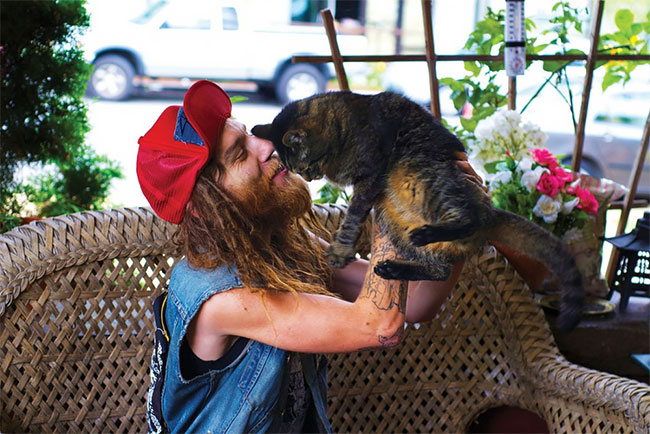 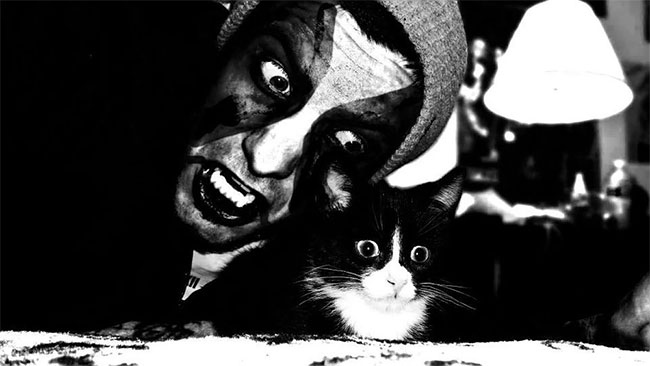 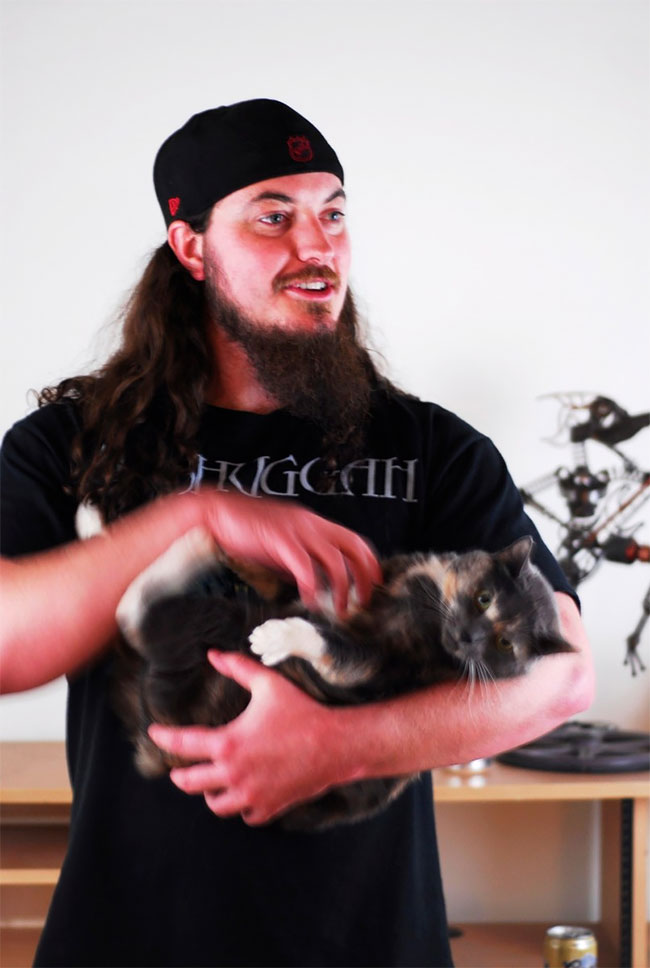 An Artist Created A Needle-Felt Realistic Sculptures Inspired By Real Animals
For $100, You Can Have A Farm Animal Drop By Your Next ZOOM Video Conference
A Dog Race in Shakopee, Minnesota
White Whales Perform in China
Gabriel Khiterer Captures Majestic Portraits Of Stray Cats
Bionic Cat Vito Becomes 'Superstar' With His Prosthetic Legs
Lithuanian Artist Created These Sculptures Using Nothing But Scrap Materials
Meet 'Eye-Catching' Twin Cats Iriss And Abyss
Feeding Polar Bears From A Tank, 1950
NASA Once Fed Spiders Drugs And Then Watched As The Stoned Bugs Made "Deformed" Webs
ZSL Animal Photography Prize 2015
This Couple Invites Brown Bear Along To Their Very Special Ceremony
Funny Hand-Drawn Cat Facial Expressions
Sir Charles Barkley on Instagram
Panda-suited Pickers
Humpback Whale Close Encounter Off California Coast
Woman And Her Cat Have Been Sailing Around The World Together For Years
These Fairytale Felted Houses For Cats Are A Must Have
Lorenzo The Cat by Joann Biondi
Spaniel Plays Mum for Lambs
Cute Illustrations Of Animals Saying Very Depressing Things
A Unique Shelter for Brown Bears in Croatia
World's First "Kitten Bar" Opens in Japan
Rescued Dog Loses 35 Pounds Of Hair After Getting Its First Haircut In 6 Years
hardcore, metal, musicians, their

The World’s Most Romantic Gallery Of Insect Sex
Squirrel Snapper Seems To Take Shots Of Pigeon Models As Equipment Is Left In London Park
Funny Hand-Drawn Cat Facial Expressions
Canada Goose Nests on Downtown Milwaukee Bridge
Finally, 2023 Cats On Catnip Calendar Is Here!
Creative Employees Transform Their Office with 'Star Wars' Murals Made of 3,597 Post-Its
Pet Photographer Photographer Fell In Love With Foxes After Taking Their Photos In Her Studio
Failed Animals Panoramic Photos That Are Worse Than You’d Think
A Guy Found A Scared Kitten Under A Truck And Just Couldn’t Say No To Her
What Australia Looks Like In The Winter
2007 ‒ 2023 by Design You Trust. Proudly hosted by WebHostingBuzz.
Privacy Policy · Terms of Service · Content Removal Policy ❤️ 🇺🇦