Han Solo™ in Carbonite Signature Roaster
“Inspired by a true one-of-a-kind character, Star Wars x Le Creuset’s Han Solo Carbonite Signature Roaster is one-of-a-kind, too—and the first roaster to ever feature a lid. The limited-edition design incorporates a flat lid with a detailed casting of Jabba the Hutt’s favorite decoration: the beloved smuggler suspended in carbonite. And, for the ultimate connection, the lid’s interior has been embossed with the word “France” translated into Aurebesh.” 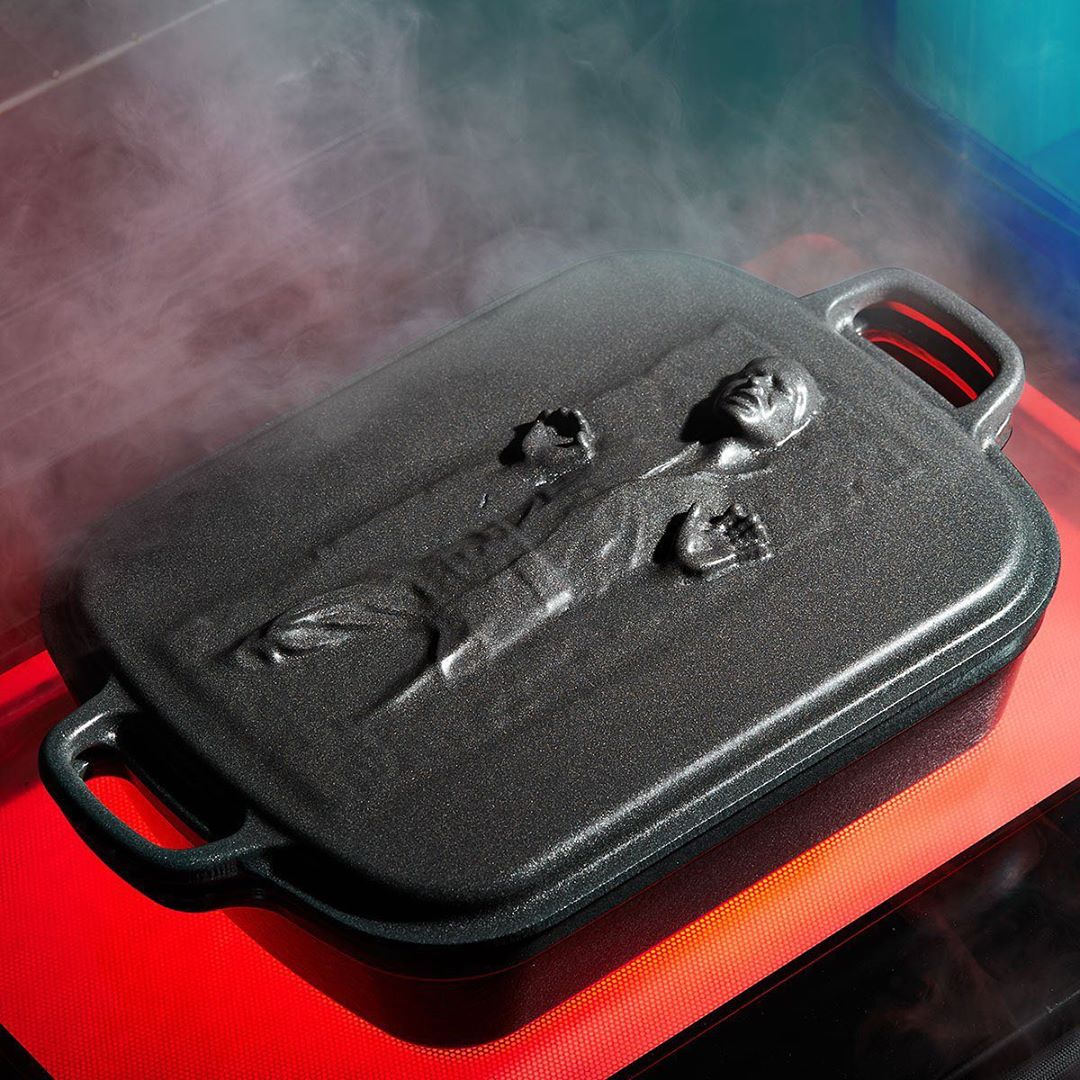 Yes, this is a roasting pan depicting Han Solo frozen in carbonite. It’s part of a new collection of cookware from French company Le Creuset featuring baking pans of all sorts with Star Wars themes. There’s also a Darth Vader Dutch over, a Death Star trivit, and mini cocottes designed around the various droids. They are also offering a very limited edition Tatooine Dutch oven complete with twin suns!

However, your enthusiasm might fade a bit when you see how much they cost. The baking pans are hundreds of dollars, and while you might be able to afford the $30 mini cocottes, keep in mind they are “mini,” and hold only eight ounces of food each, meaning you’ll need more than one to impress dinner guests. The Star Wars x Le Creuset Collection will be available beginning November first.

Star Wars™ Droid™ Mini Cocottes
“Inspired by the loyal droids of Star Wars, our new cookware collection serves up delicious appetizers and individually-portioned sides and desserts—and of course, carefully stores a range of goods—to assist during your galactic culinary adventure. Featuring R2-D2™, C-3P0™ and BB-8™, each cocotte in this set was designed to celebrate its respective droid in design and function. With such a devoted trio, taking on the kitchen has never been easier.” 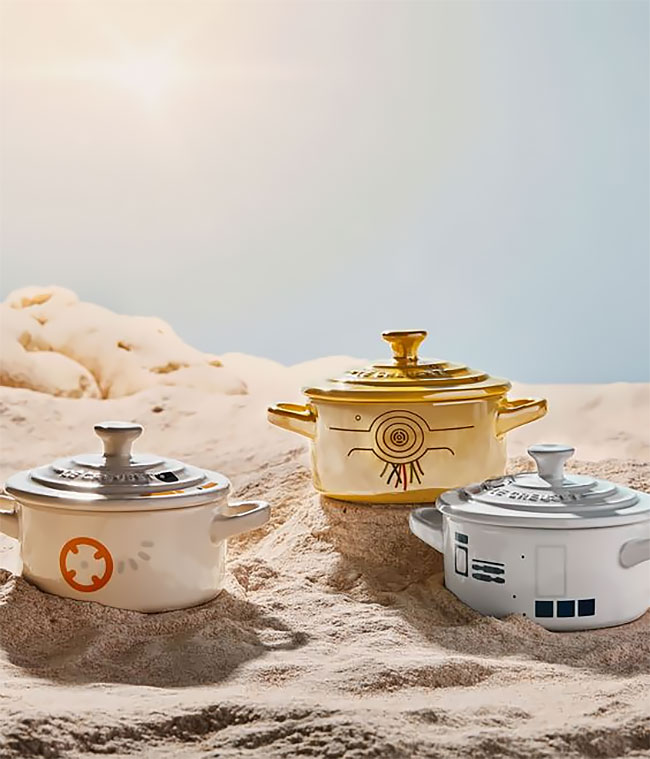 Darth Vader™ Round Dutch Oven
“Embossed with the iconic villain’s menacing mask, our special-edition Darth Vader Round Dutch Oven is perfect for those who prefer to roast and braise on the “dark side.” Finished in a gloss black exterior, the lid’s interior captures our galactic collaboration, too—with “France” cast into the enameled iron and translated into Aurebesh, the most recognizable written language in the Star Wars galaxy.” 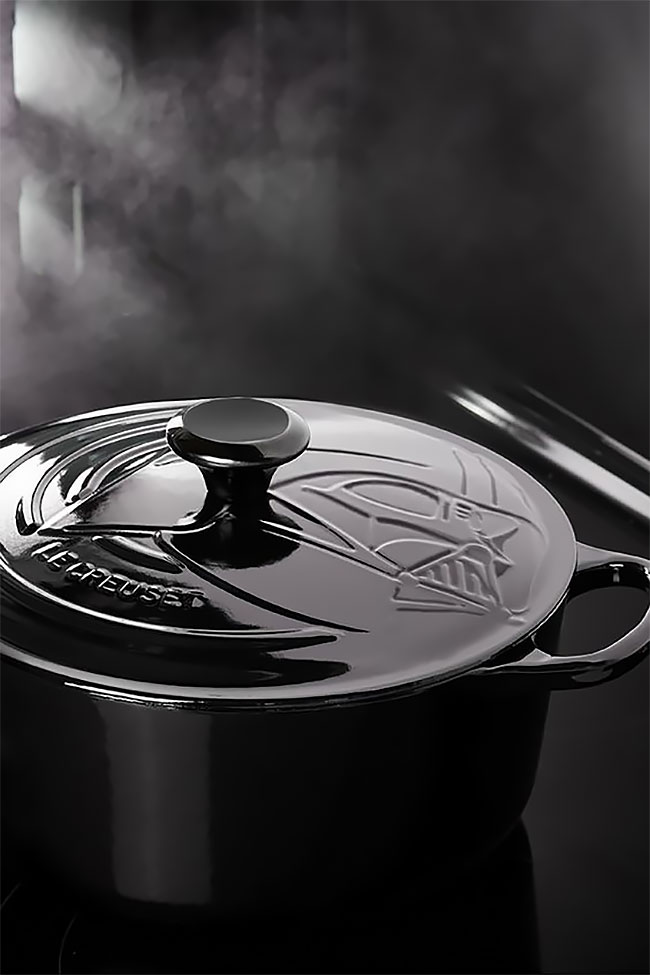 Porg™ Pie Bird
“With curious eyes and a gaping mouth, Porg Pie Bird’s distinctive expression isn’t just charming, it’s perfect for venting steam. So, we gave the classic pie bird a Star Wars x Le Creuset makeover, allowing you to bake stellar treats for the Star Wars fans in your life. With a hollow design that helps release excess moisture, the limited-edition piece keeps bottom crusts from becoming soggy and elevates top crusts, while keeping your pie’s filling from bubbling over in the oven.” 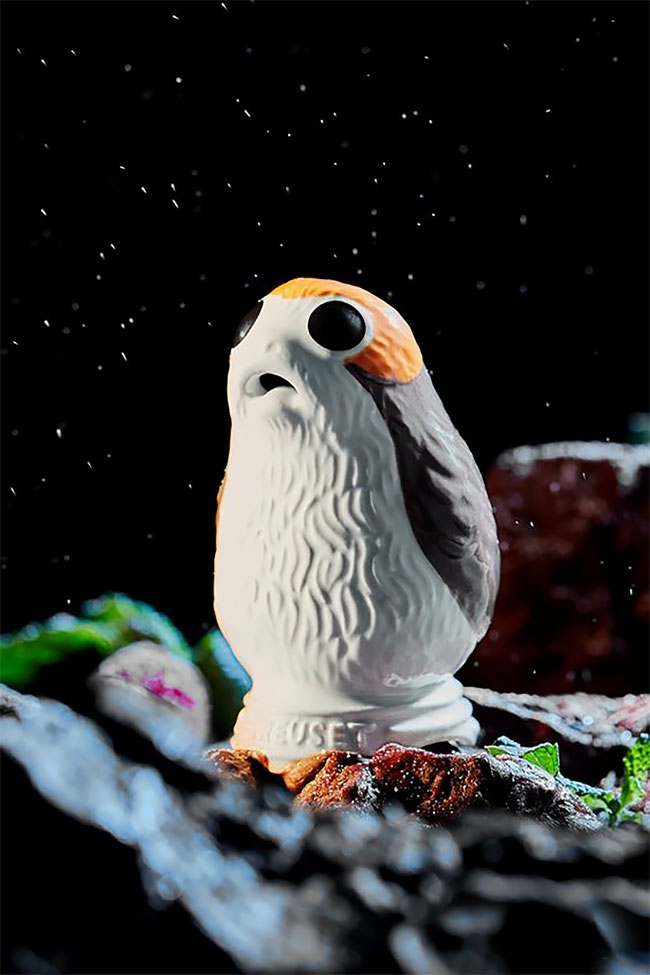 Death Star™ Trivet
“It’s the Empire’s most powerful weapon—captured in durable, heat-resistant silicone. Featuring intricate details on both the front and back, the Death Star Trivet makes a bold statement and delivers superior, kitchen-commanding benefits.”

Millennium Falcon™ Trivet
“The legendary Falcon saves the day in the heat of battle, and just as quickly, the inspired trivet protects hands and tables against the hottest of dishes.” 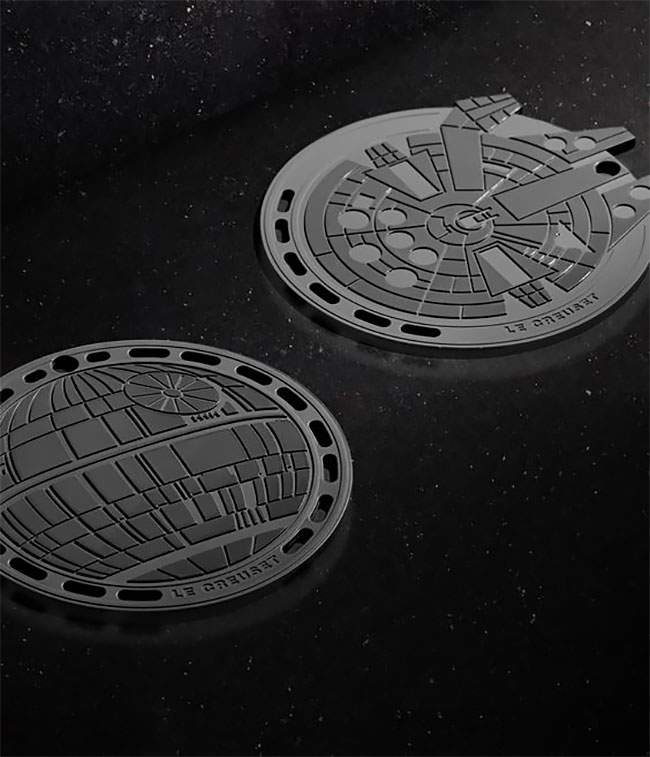