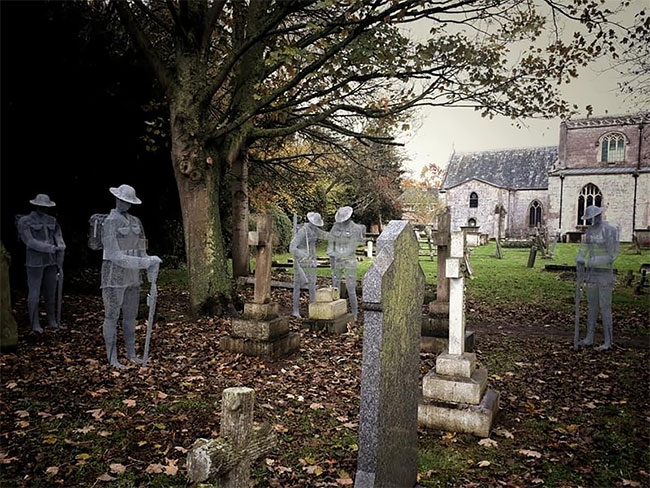 Unusual sculptures installed in the village cemetery in Slimbridge near the church of St. John. Where British soldiers who died during the First World War are buried.

The sculptures are made in the form of ghostly figures of 11 men in full size. They were created by Jackie Lantelli from the wire in tribute to the people who gave their lives for the country.

Sculptures were set up in the cemetery for the 100th anniversary of the end of the war. Ms Lantelli said she had always been “passionate about remembering on Remembrance Day”.

“I make wire sculptures of fairies, and I had the idea that I could make some wire soldiers that look ghostlike with a very thin layer of chicken wire.” 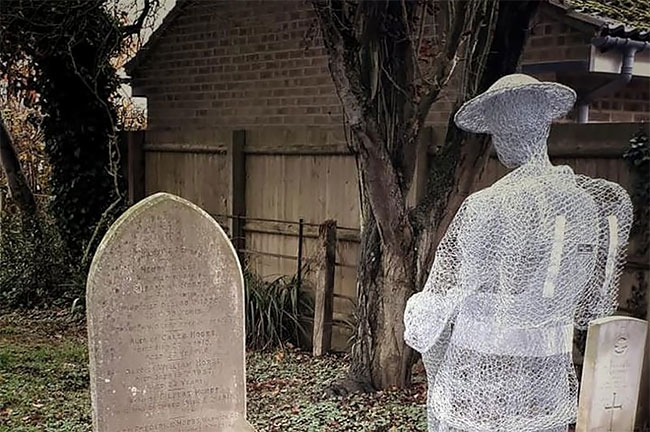 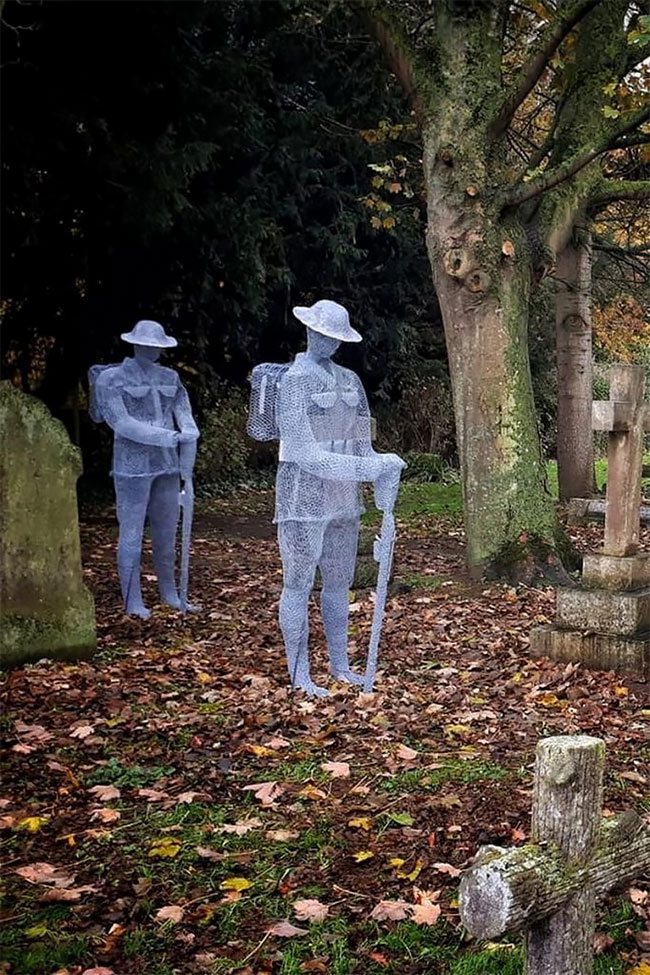 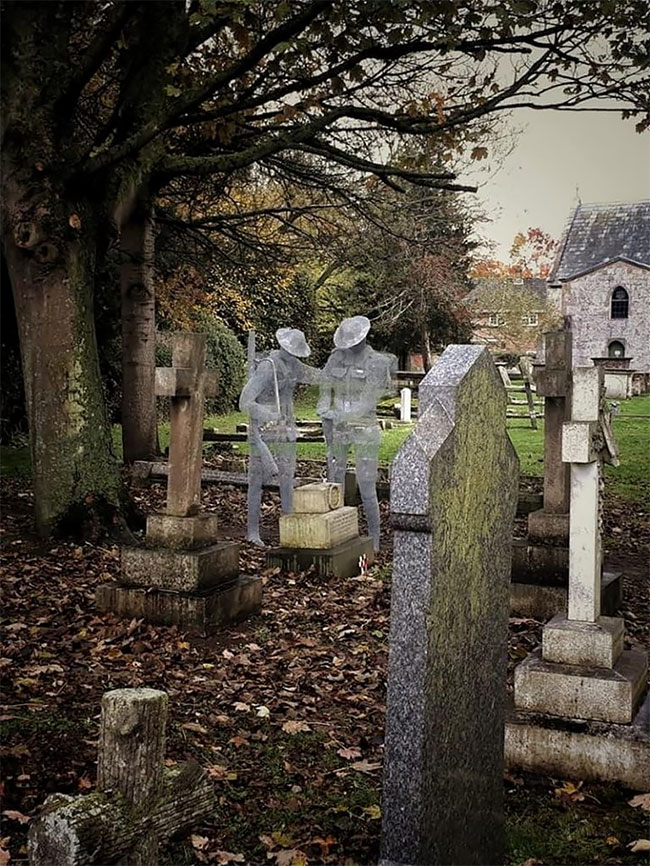 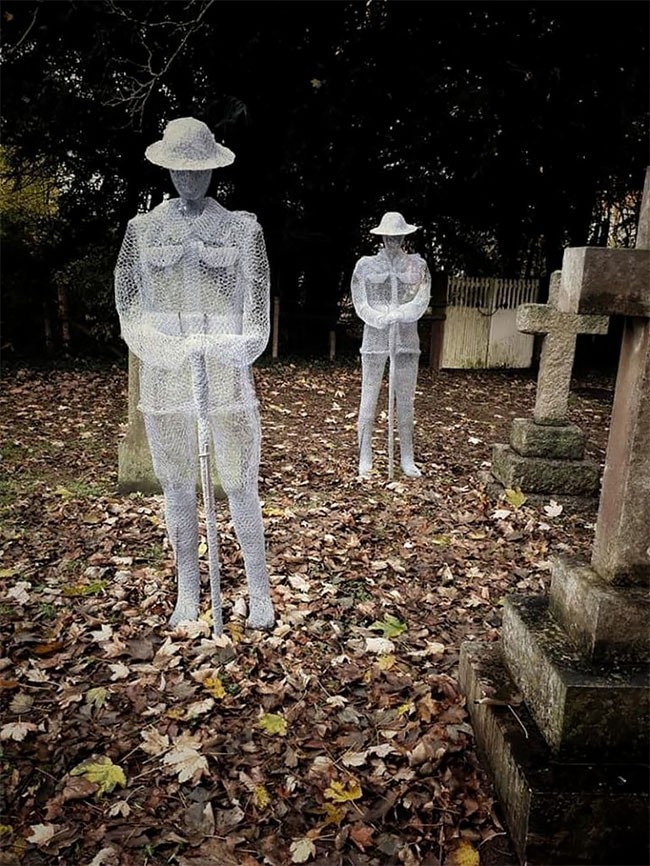 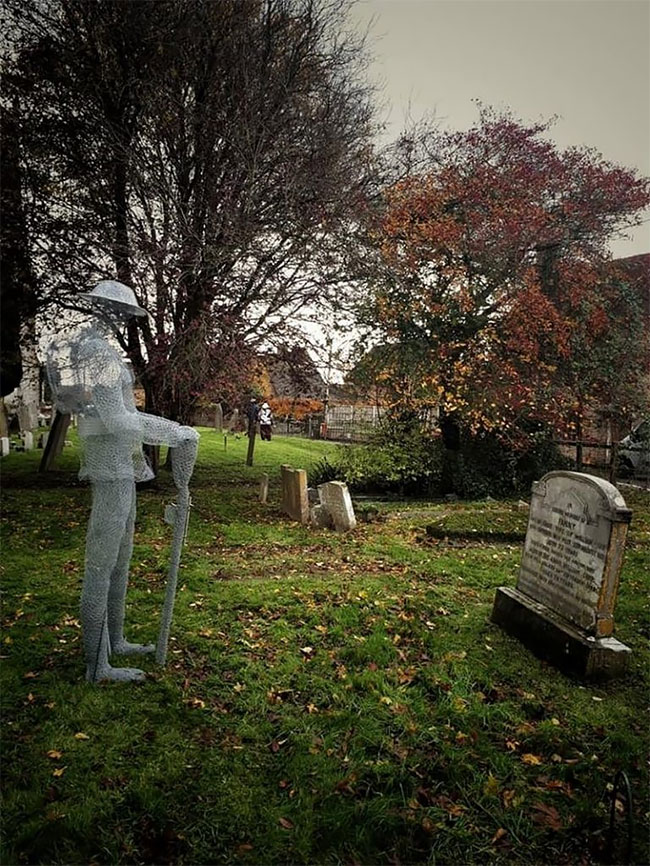 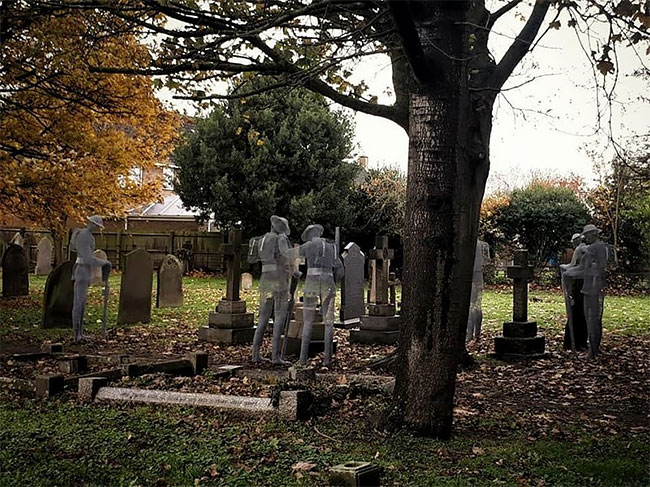 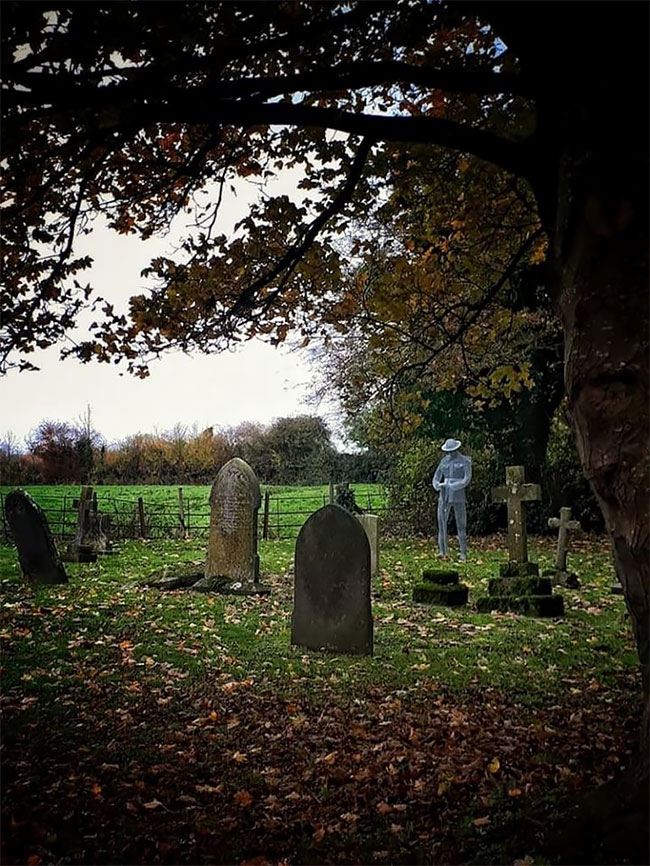 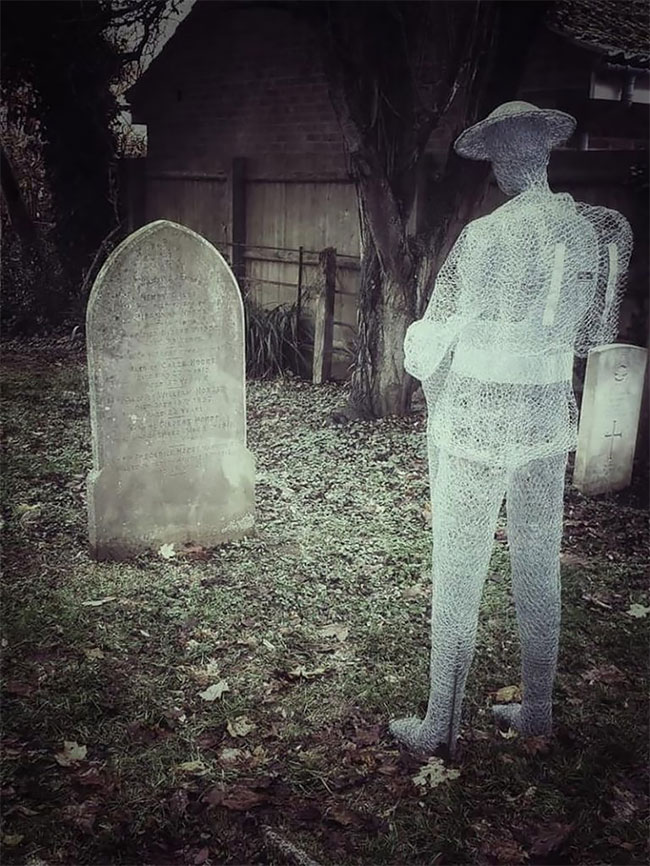 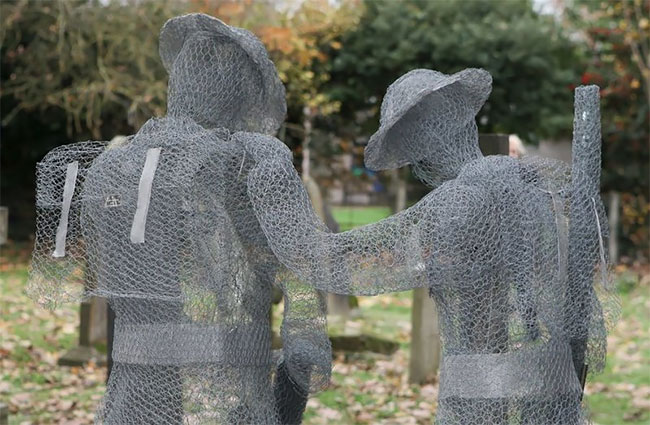 Capturing The Visceral Moment: Fantastic Detailed & Monumental Sculptures By Seward Johnson
Human Salt Lick - The Most Hipster Christmas Gift Of All Time
Fantastic French Publicity Caravans Of Yesteryear
This Artist Continues to Craft A Creative Face Mask Every Day Of Self-Isolation
These Pics Will Bring Back Fond Memories Of Your Childhood - Turkish Couple Becomes Culinary Sensation With Miniature-Sized Dishes
New Fashion Dolls Available At Tokyo Disney Resort
Russian Student Starts Lucrative Business Creating Elegant Signatures For Other People
The Star Wars First Order Stormtrooper Vehicle
Beautiful Live Leaf Tattoos By Rit Kit
The Velo Chair Uses A Single Piece Of Bent Wood As The Backrest
Tokyo Lights Up At Night In New Glow-In-The-Dark Furoshiki Scarf
Mini Glacier Candles Remind You Of Global Warming As They Melt
These Men’s Fashion Ads From The 1970s That Will Leave You Speechless
Japanese Designer Makes A 'Street Debaters' Tool, The Real Social Alternative To Begging
This German Teenager Creates Amazingly Intricate Hairstyles And Here Are The Coolest Ones
Colombian Company Creates Cardboard Bed That Can Double As Coffin
The Traditional Rwandan Hairstyle: The Most Unique And Creative Hairstyle From The 1920
A Beautiful Lamp That Looks Just Like A Hardcover Book
This Golden Carved Nissan GT-R Made A Huge Impression At The Tokyo Motor Show 2016
Channel Your Inner Geek With This Cute And Chic Pair Of 8-Bit Panties
Menswear Collections By Walter Van Beirendonck
Russian Stylist Gives 35 People Extreme Makeovers And You’ll Hardly Believe They’re The Same People
Cute Crochets of 'Game of Thrones' Characters
This Is a Cannoli Lover's Dream Come True
These Pet Pancakes From Japanese Chef Are Too Cute To Eat
Dramatic Portraits With Something To Hide By Kurt Staudinger
With This Ride-On Trump Costume It Looks Like Donald Is Giving You a Piggyback Ride
Colorful Installations Of Spray Paint And Mesh Form Connections Between the Analog And Digital Worlds
Enormous Vulva Sculpture in Brazil Sparks Conservative Outrage
This Guy Gets A Permanent Eyeglasses Tattoo
cemetary, sculptures, soldiers, uj, UK, ww1