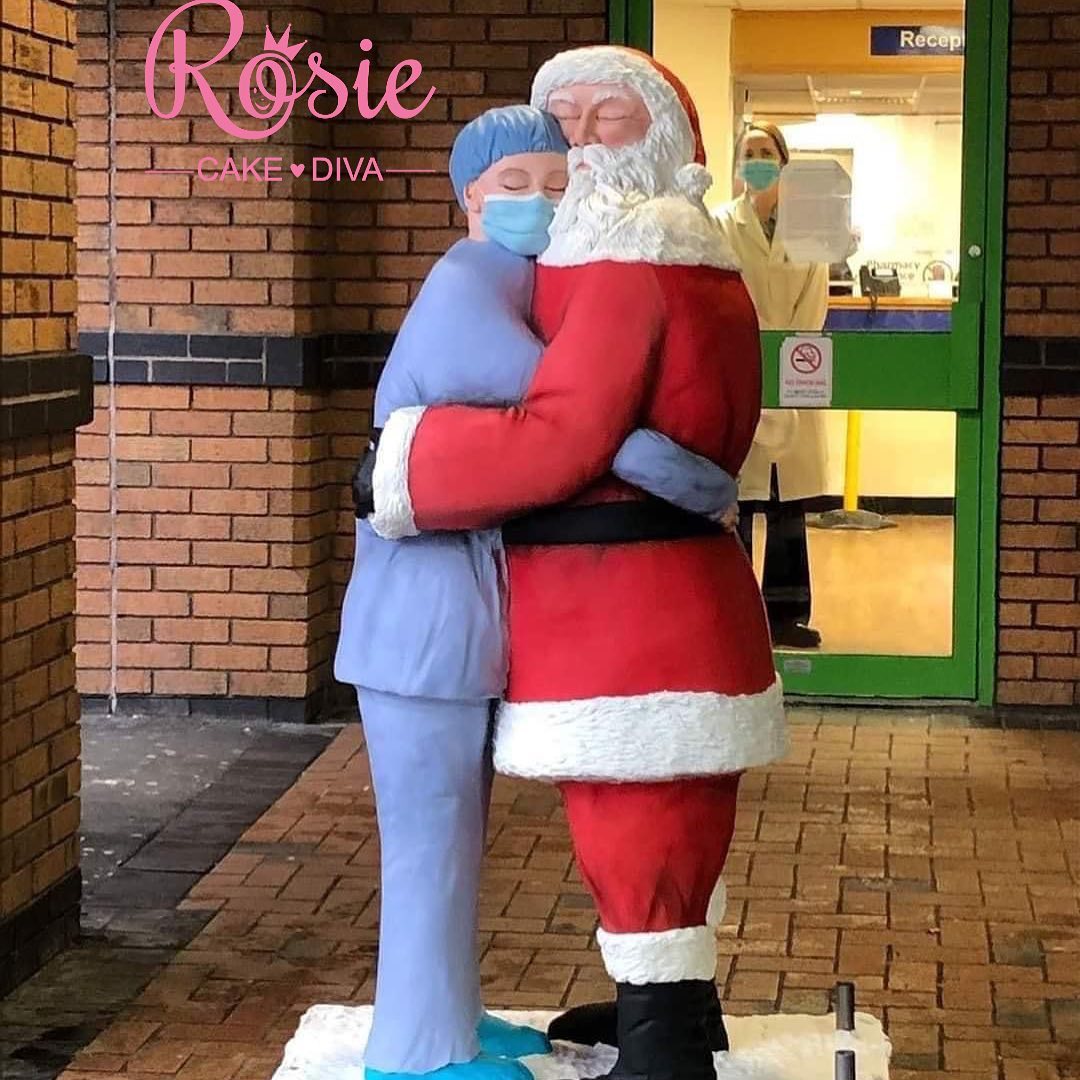 A woman has baked a 6ft cake of a nurse hugging Father Christmas to thank NHS staff for their life saving work on the frontline. 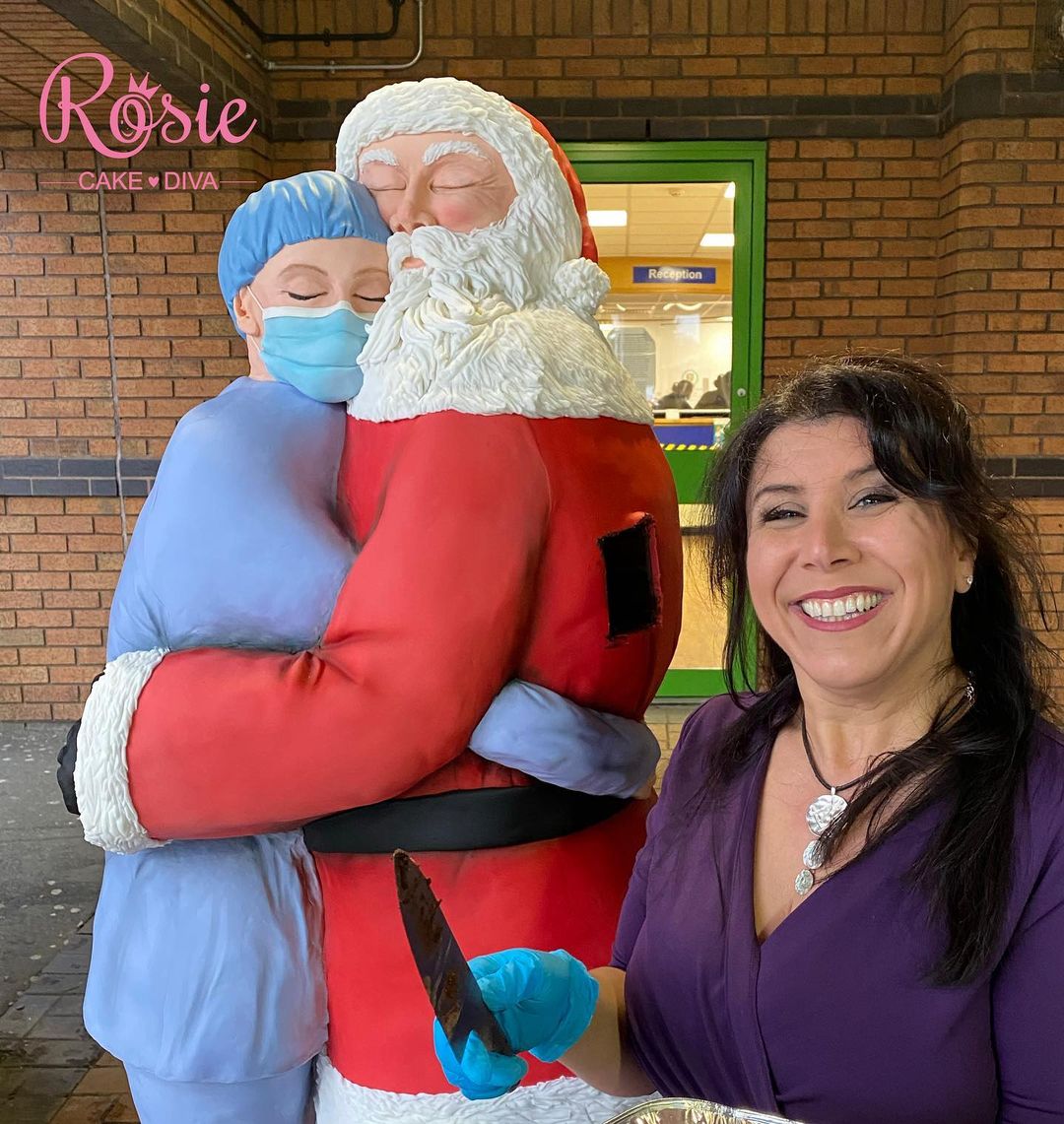 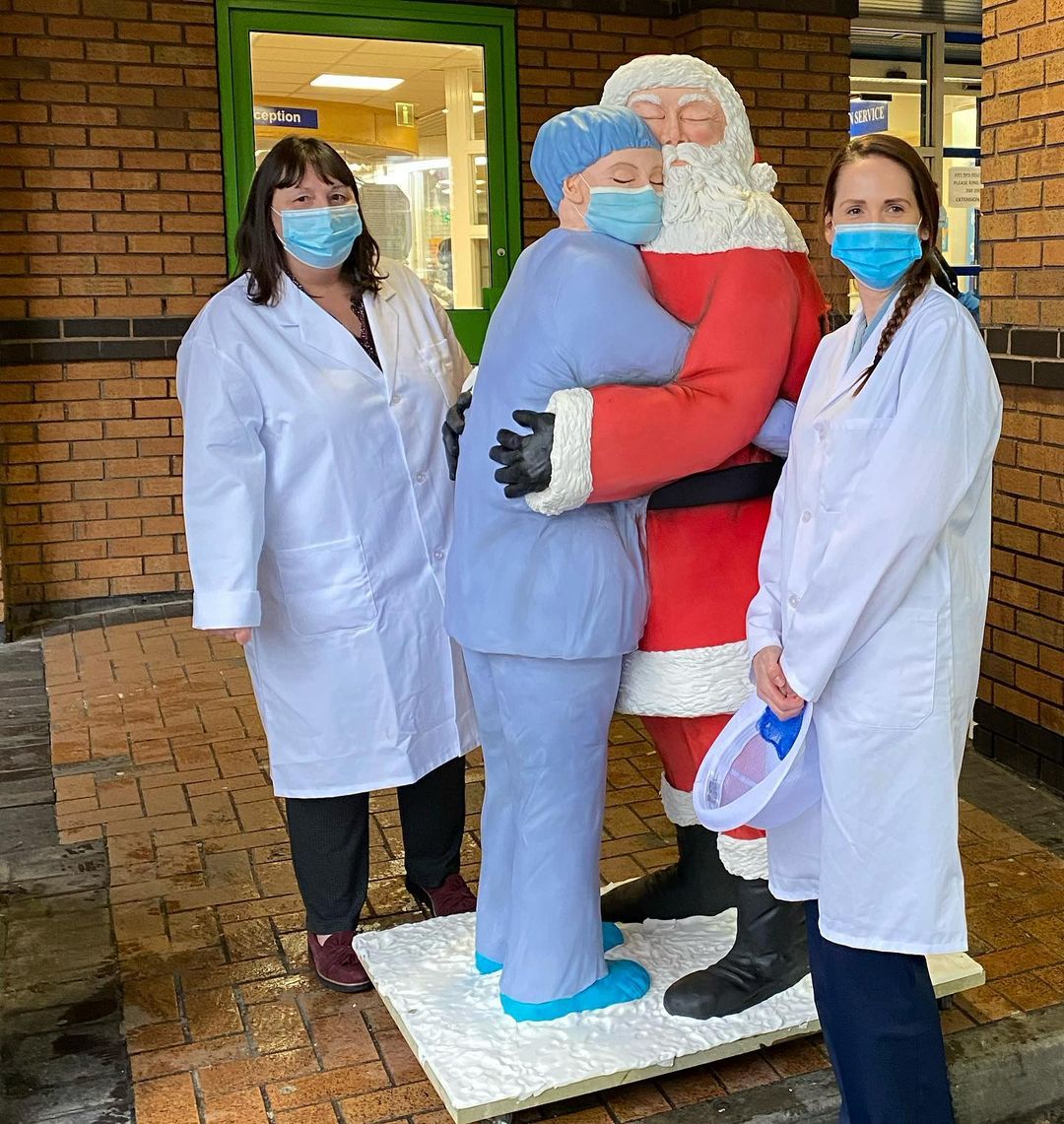 The mother-of-four, from Manchester, was asked to prepare a cake for Channel 5’s Amazing Cakes and Bakes, which is set to air later this month, and wanted to create a fitting tribute to the NHS staff. 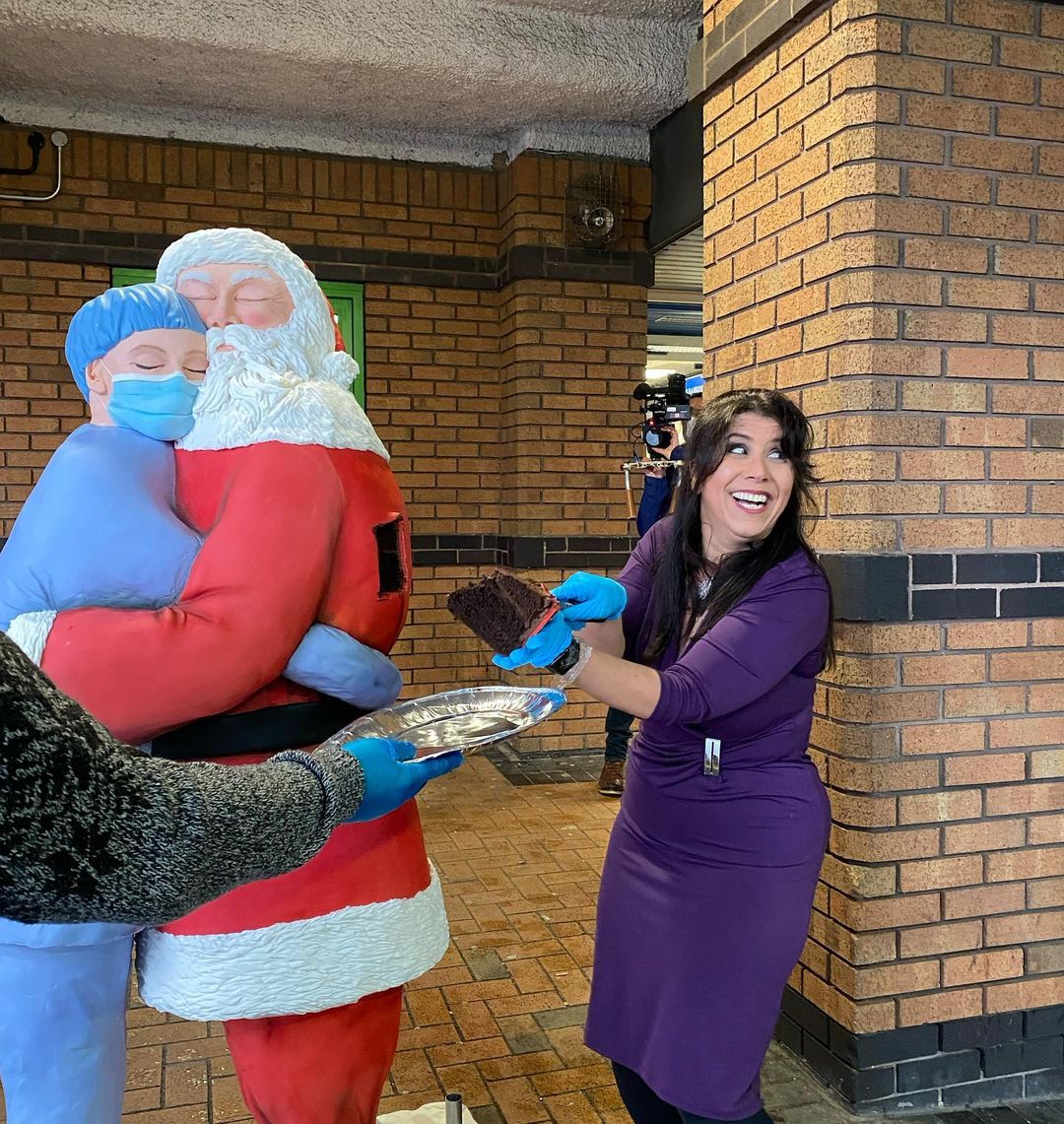 She said she completed the cake in ‘record time’ after spending up to 16 hours a day over the two weeks crafting the edible treat before delivering it to the Royal Bolton Hospital. 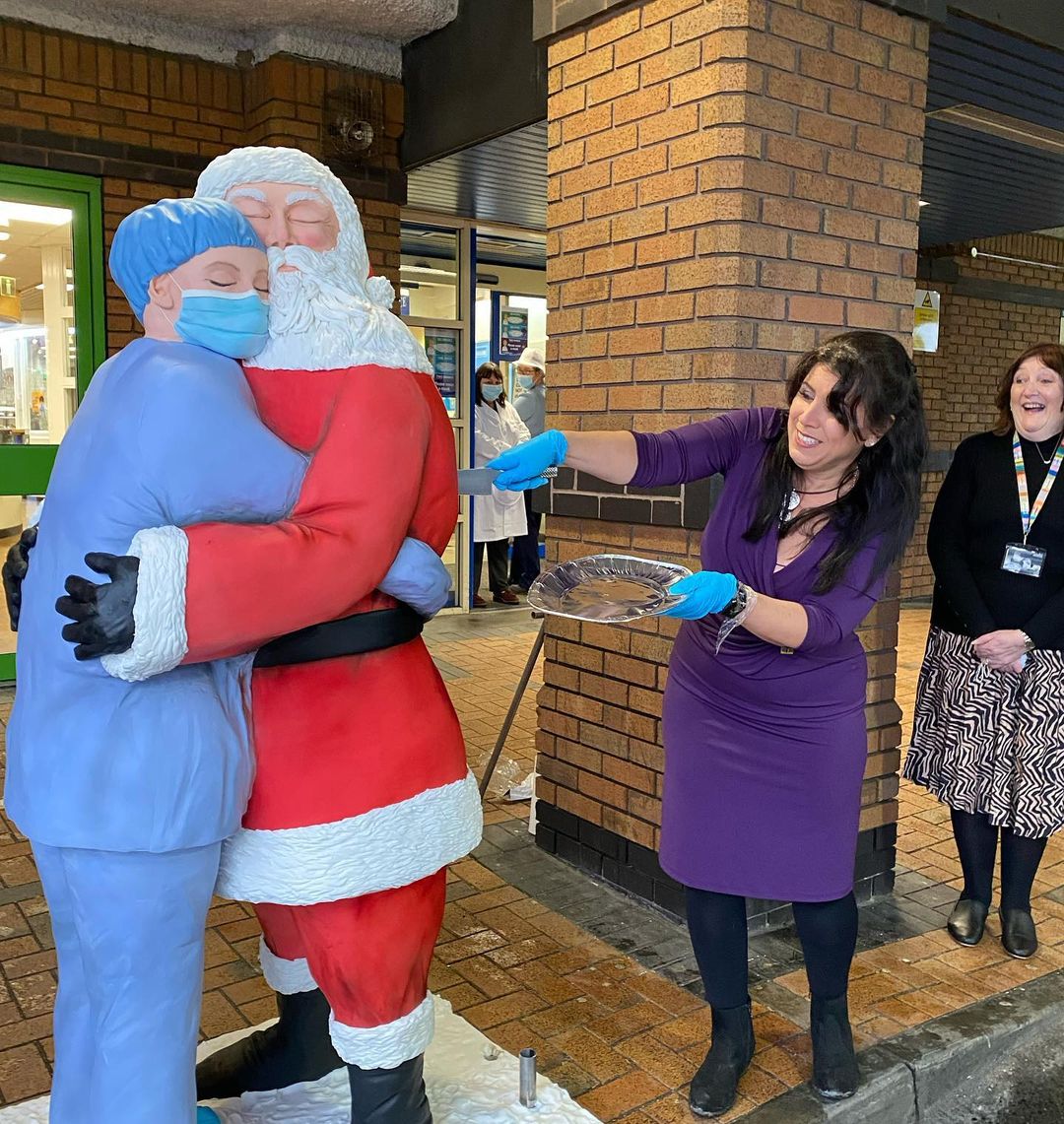