Children Were Given A Task To Create Original Heroes And Pros Had To Illustrate Them, Here’s The End Result 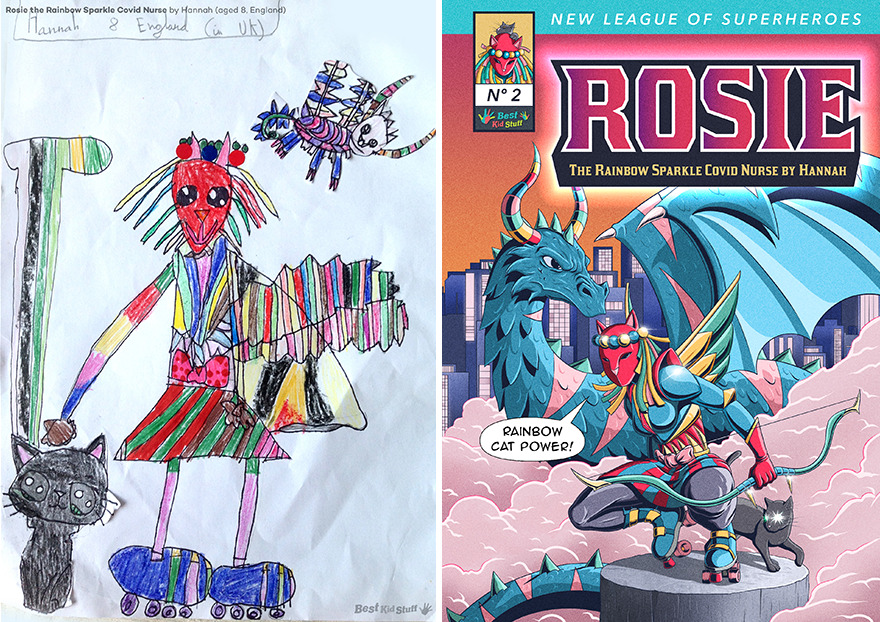 As much as we like the superheroes that we’re used to, like Iron Man, Batman, and Spider-man, there’s always some space left for imagination to think of new ones. And who’s more qualified to imagine new heroes than children? And thus, children from various countries were given a task that would be daunting for most adults: to create new superheroes. And they answered the call to the challenge, just like superheroes themselves. 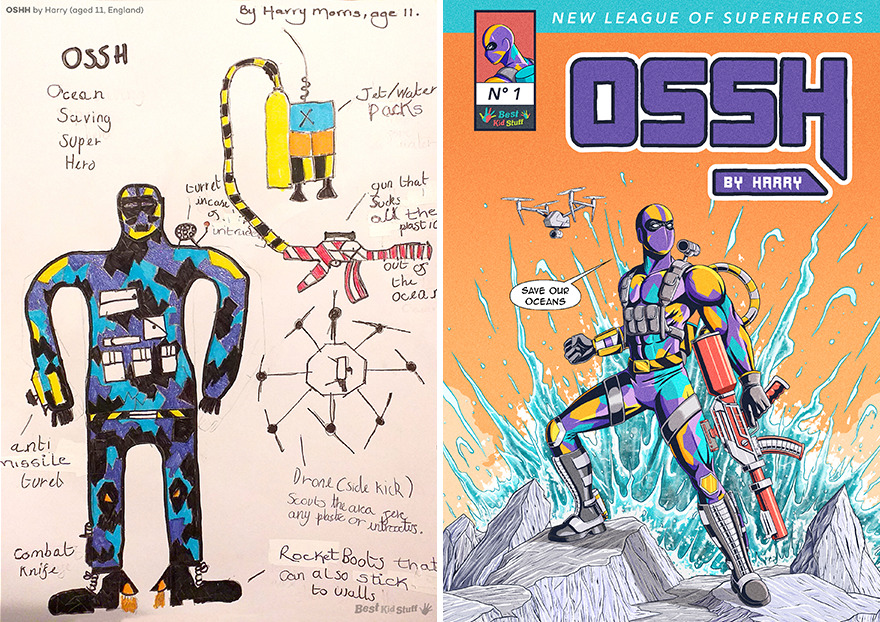 Children and superheroes have a reciprocal relationship, a bond of sorts that goes together like salt and pepper. Children have an ability to create unique and original things from their unlimited imagination, and they frequently draw inspiration from the heroes of comic books. Kids are also inspired by heroic deeds, and dream of becoming heroes themselves. Superheroes, on the other hand, would probably be nothing without the children who believe in them the most, that buy their comic books, talk their parents into watching movies with them, and buy their toys. 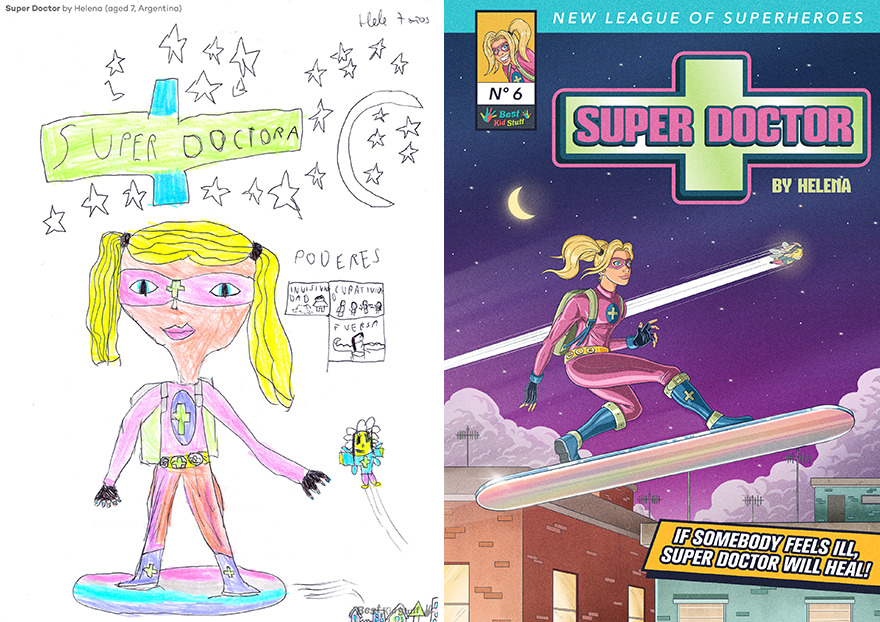 So, the “best kids stuff” put two and two together and created the best stuff for the kids, by the kids. They hired a professional illustrator to recreate the original superheroes that the children had imagined. You can judge the result yourself, but what’s important is to reflect the evolution of what children find inspiring nowadays. It’s interesting how children think about the issues that we’re facing today: some heroes respond to health crises, others to environmental and ecological disasters, and some are just so original that they force you to think “why wasn’t this thought of before?” In any case, have a pleasant read! Huzzah! 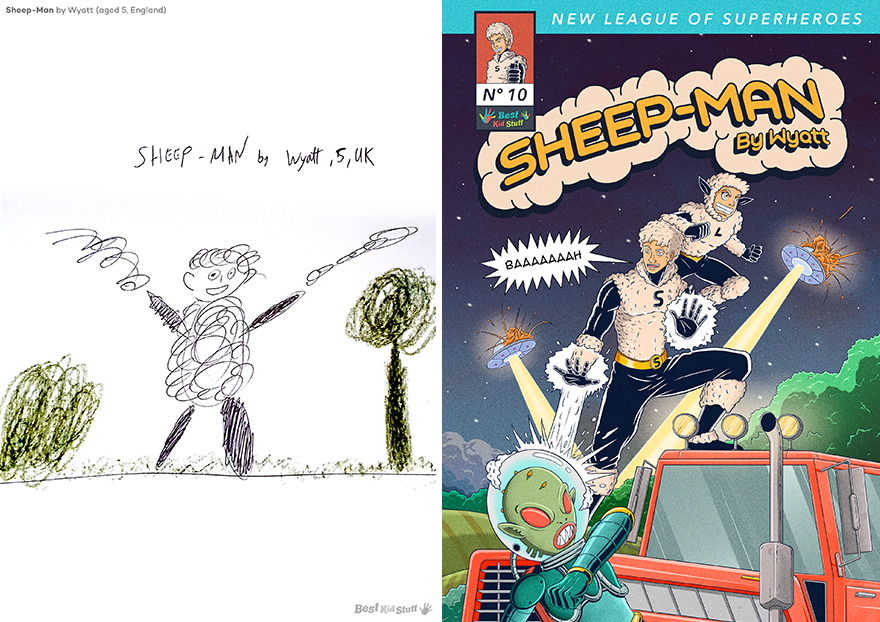 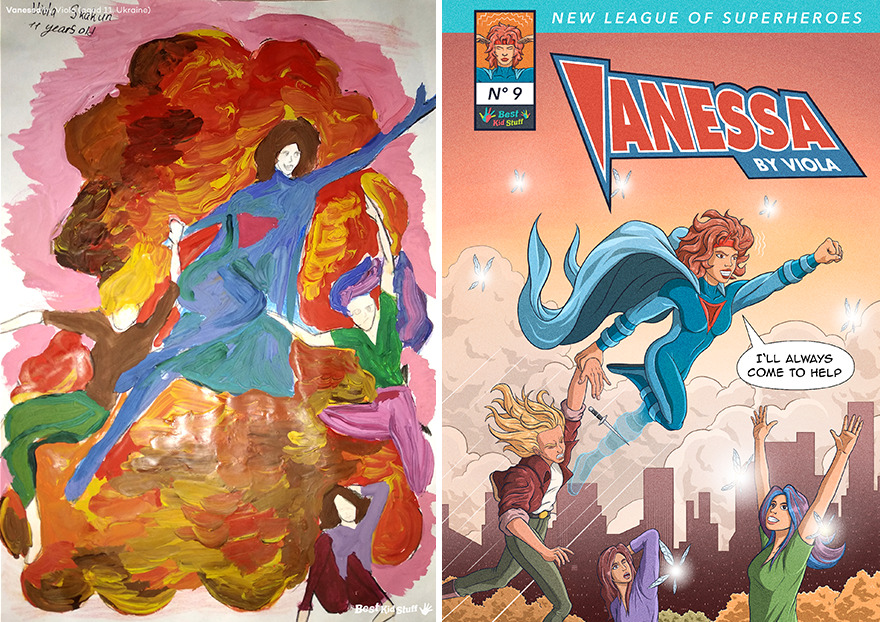 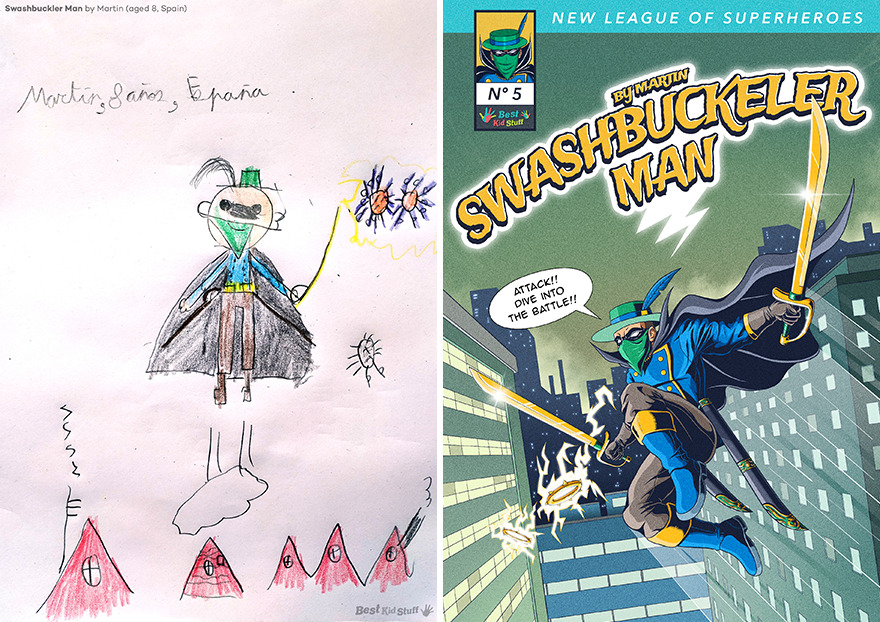 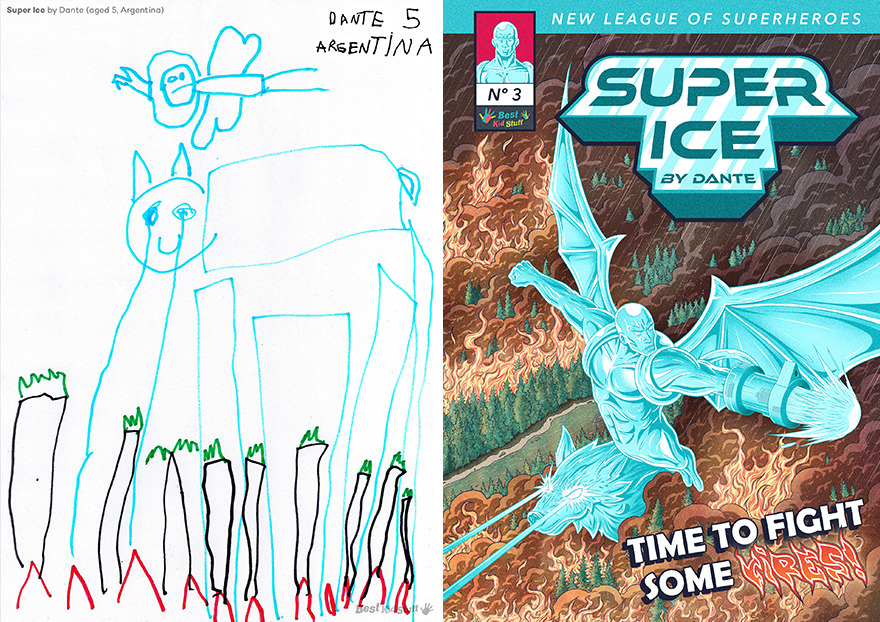 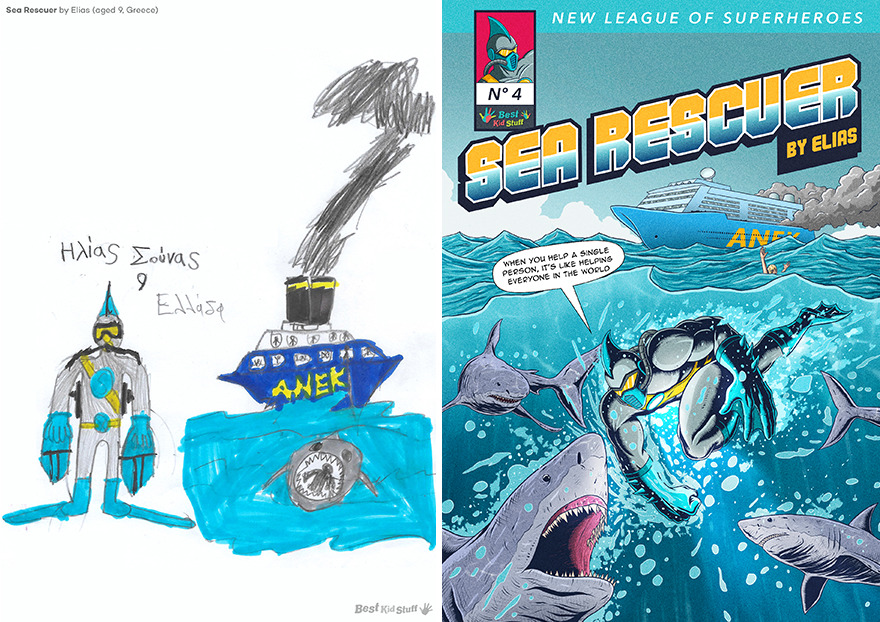 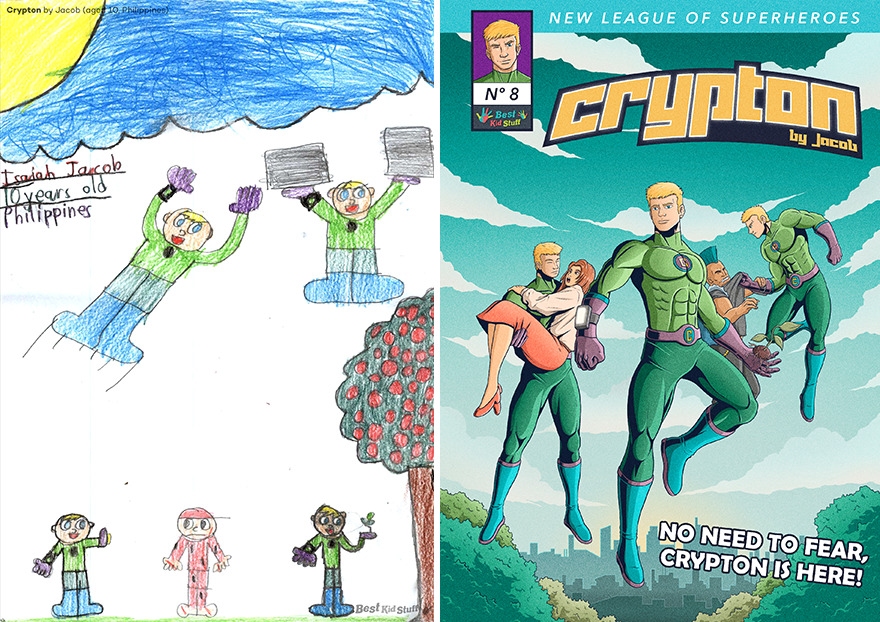 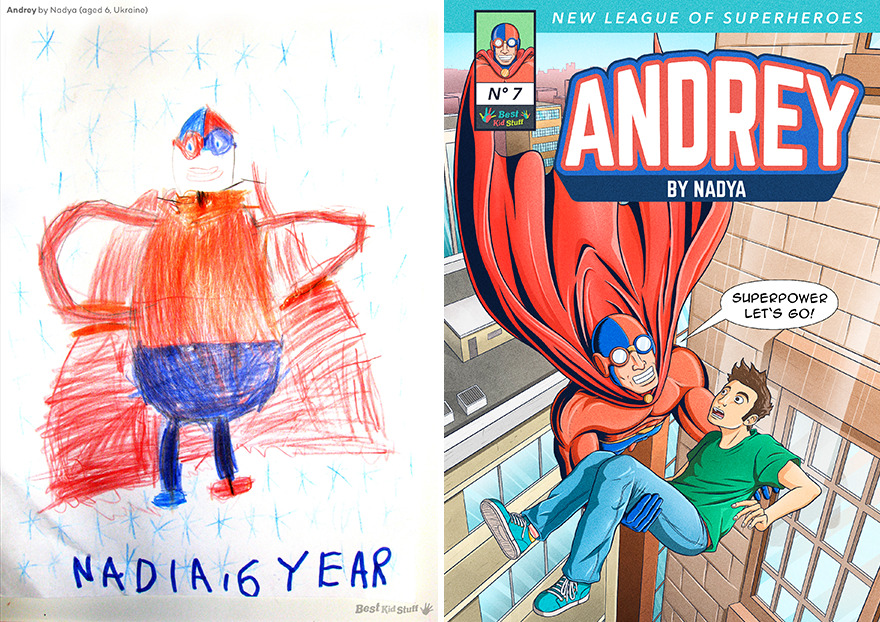 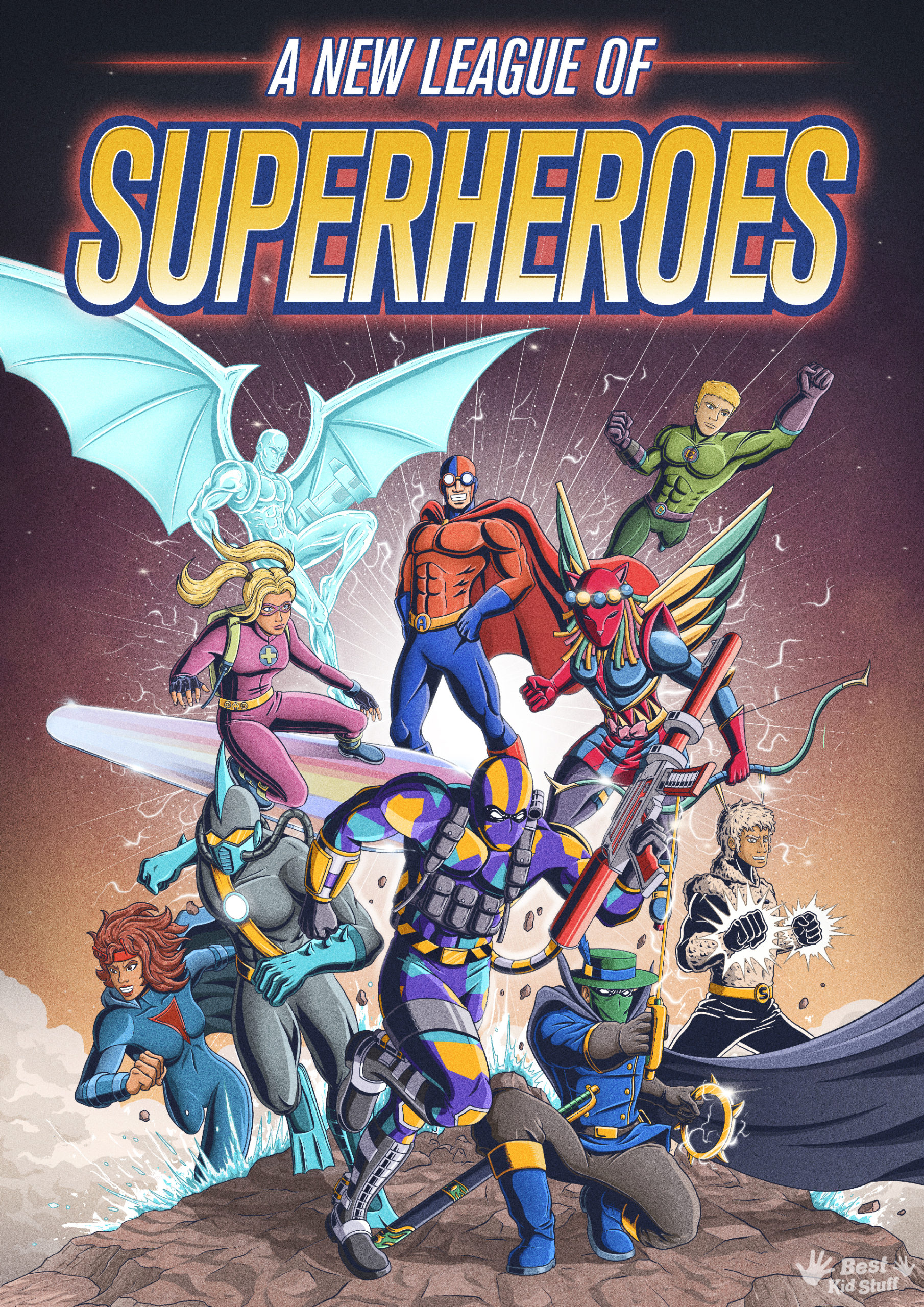