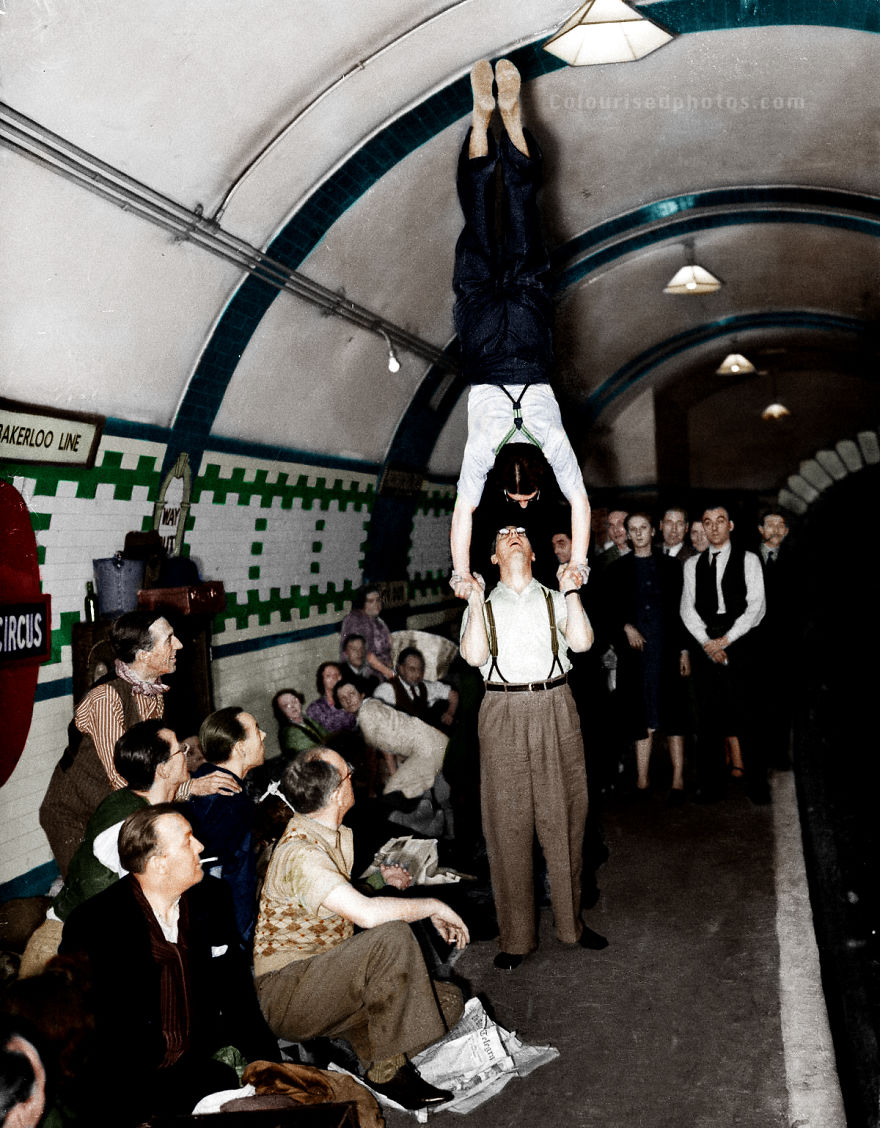 According to Lottie Cutcher, a photo retouch magician: “My name is Lottie, and I love looking through old photos. For my day job I work in costume, so I’m passionate about social history and getting the colour accurately matched. I recently started colourising black and white photographs to bring out how the scene would have actually looked at the time the picture was taken. I think black and white photographs have a beautiful style of their own, but colourising them helps the pictures feel relevant and relatable today, and gives them more context in the real world.

I chose to colourise a series of photographs from the Blitz during World War Two. The original images are so interesting, and I find it surreal that people took shelter in all sorts of places whilst the war was happening around their homes. I hope that by doing this, I can reinforce that people over 75 years ago looked and felt just the same as we do today. Hope you enjoy them!”

The Blitz was an almost daily bombing raid during 1940/1941. During this time, Londoners were encouraged to take cover overnight in the tube stations and tunnels 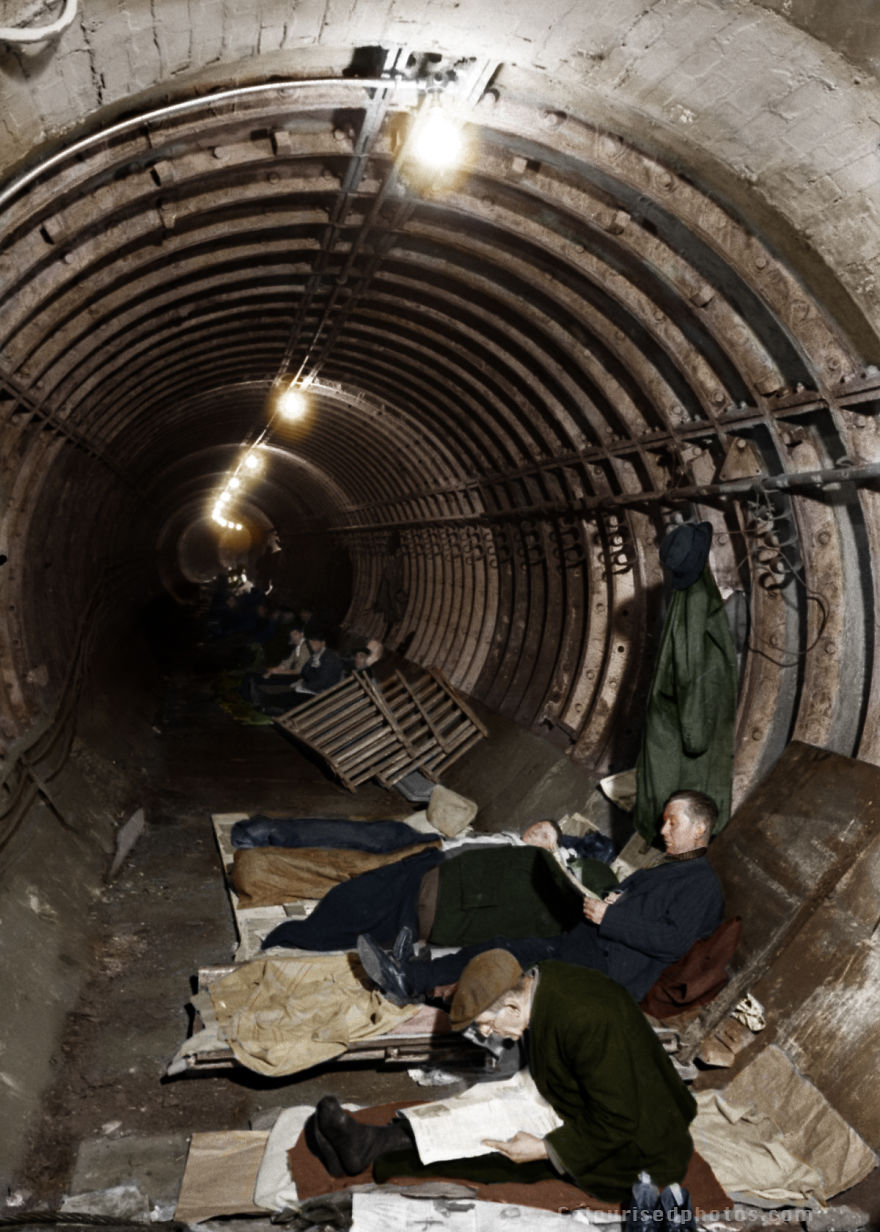 Originally the Government had concerns that people would be too scared to leave the tube and would not surface to work towards the war effort. With many having nowhere else to go, they relented 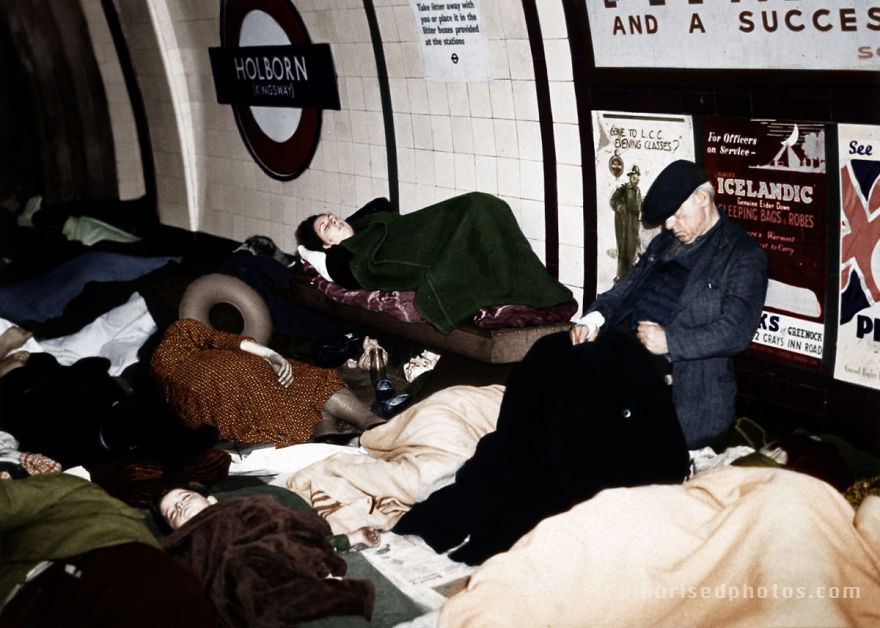 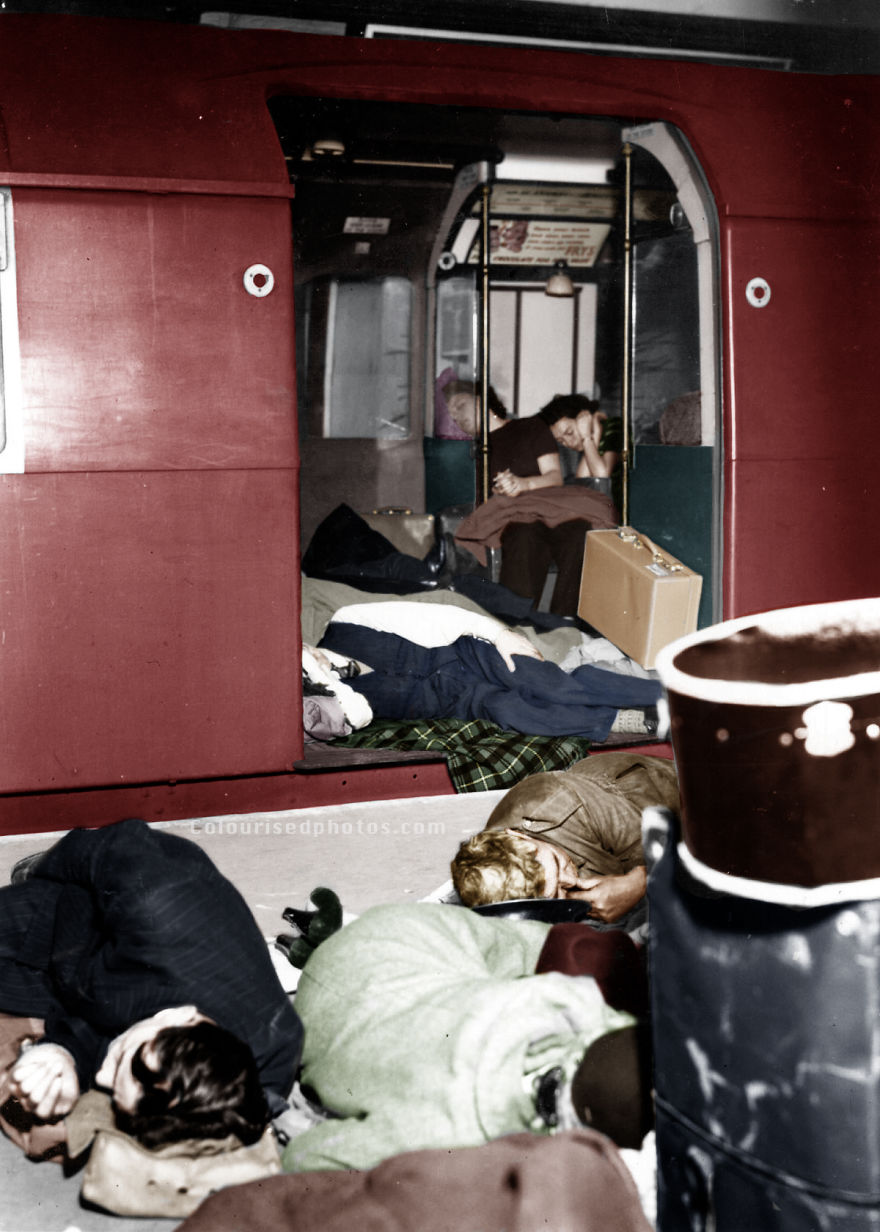 It was far from safe. Many people were killed from direct station hits. In March 1943, 173 people died in a crush at Bethnal Green station when a woman panicked and slipped on the stairs entering the station 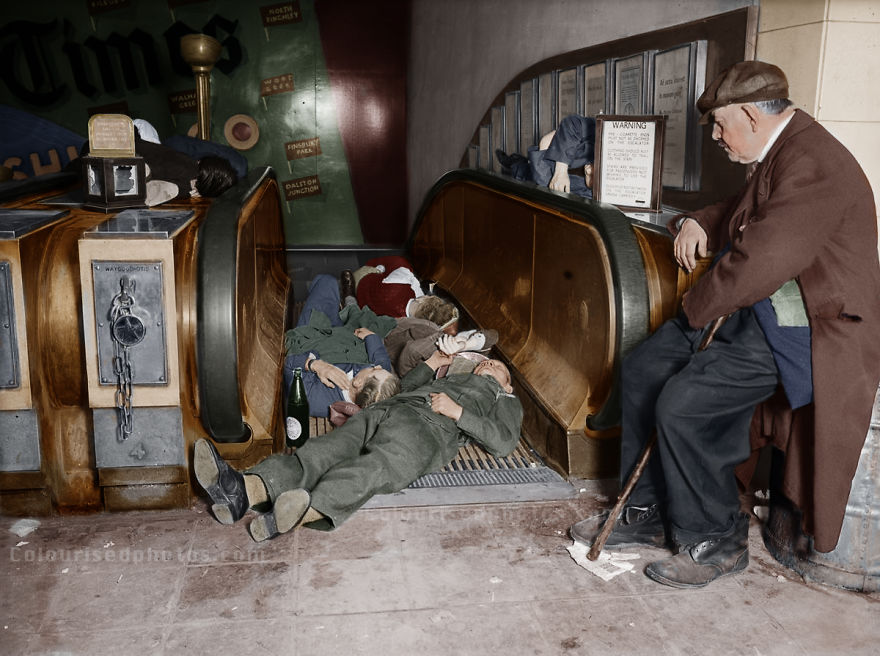 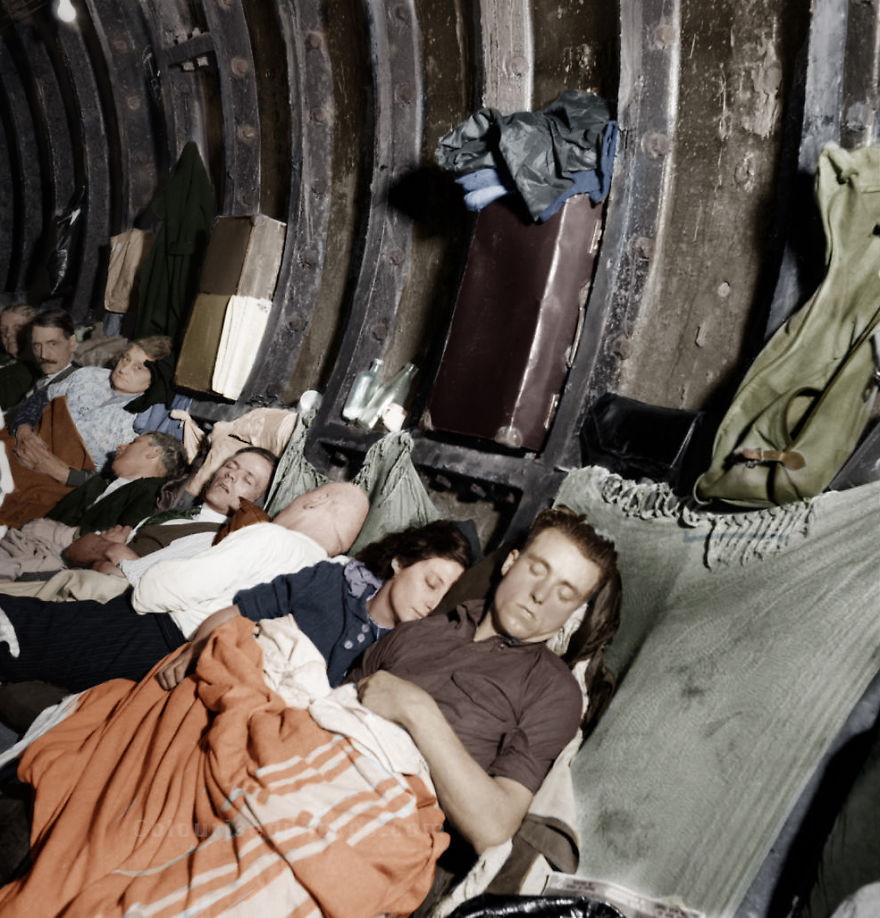 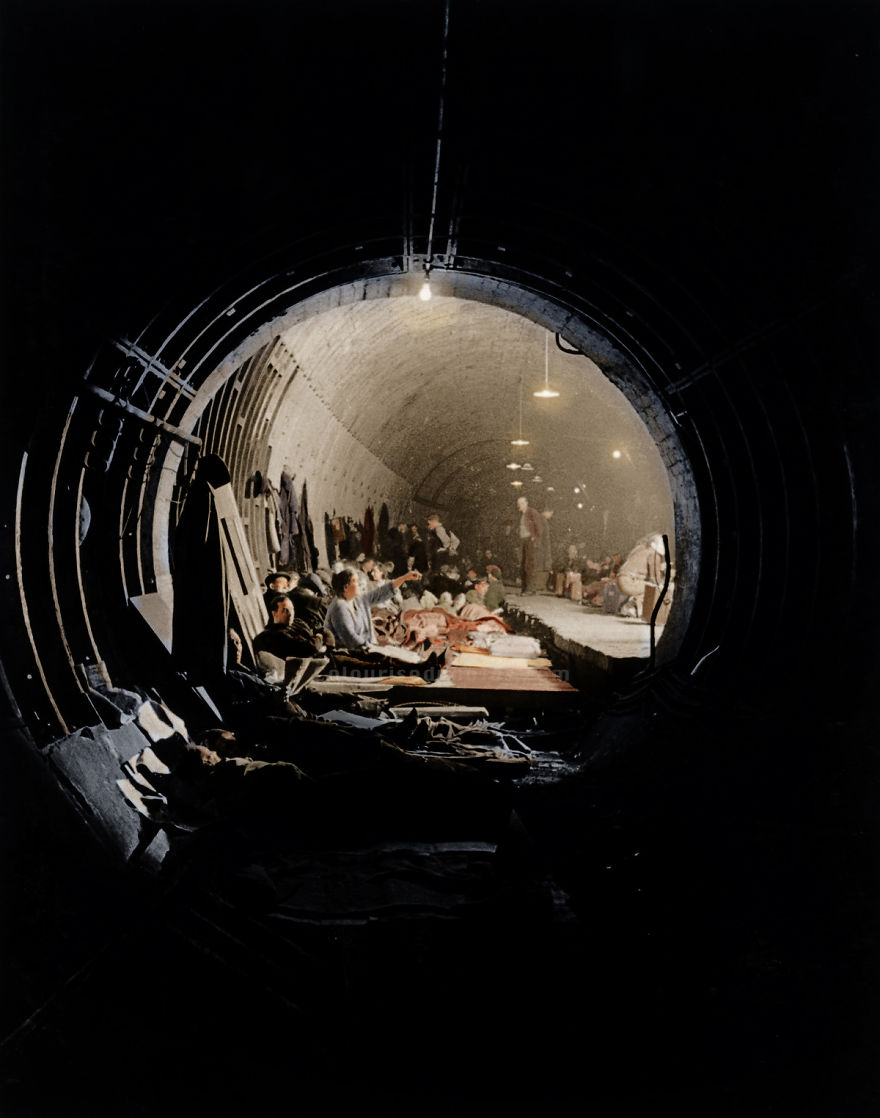