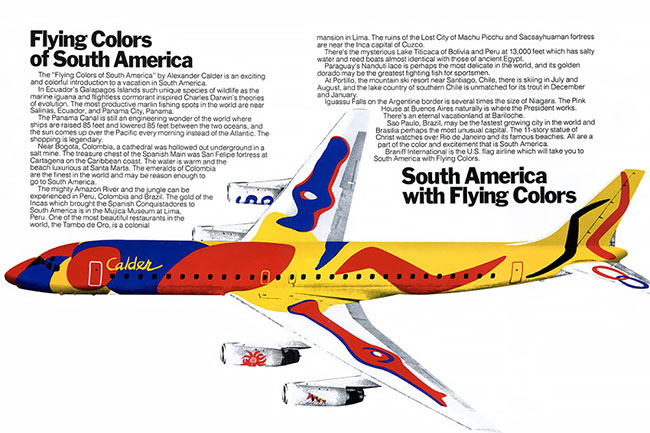 In the early 1973, Braniff Airlines commissioned Alexander Calder to paint one of their aircrafts to celebrate twenty-five years of travel to South America.

Excited by the prospect of his artwork literally flying around the world, Calder accepted and submitted designs to cover a Douglas DC-8-62. The finished craft, named The Flying Colors of South America featured a bold design in primary colors, executed by a paint crew with Calder attending to the details and additional flourishes—including his trademark “Beasties” which were painted on the engines. 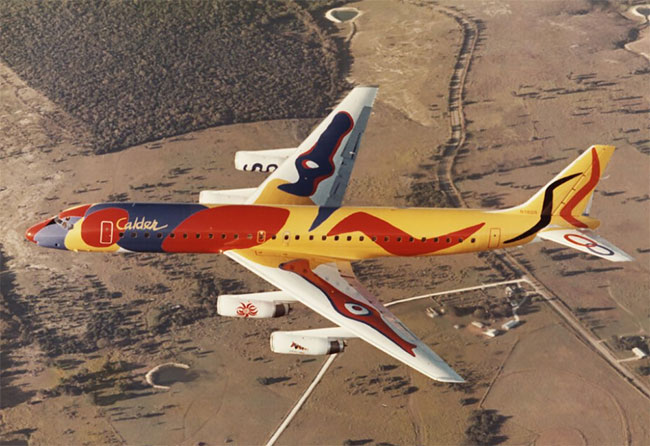 The present work depicts one of these stylized creatures printed to commemorate the project. The aircraft was unveiled at the 1975 Pairs Air Show and made such an impression that Braniff commissioned two more planes, both Boeing 727s. Calder completed The Flying Colors of the United States featuring an abstract American Flag in time for the 1976 Bicentennial. Alas, the artist did not live to complete the third aircraft, The Spirit of Mexico. 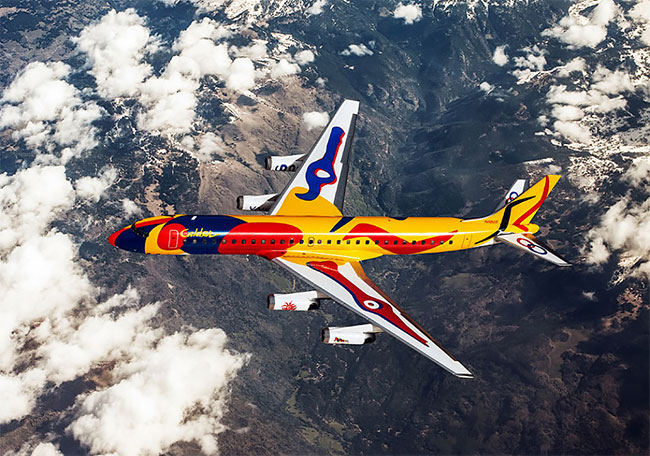 Alexander Calder (July 22, 1898 – November 11, 1976) was an American sculptor known both for his innovative mobiles (kinetic sculptures powered by motors or air currents) that embrace chance in their aesthetic, and static “stabiles” monumental public sculptures. He didn’t limit his art to sculptures; he also created paintings, jewelry, theatre sets and costumes. 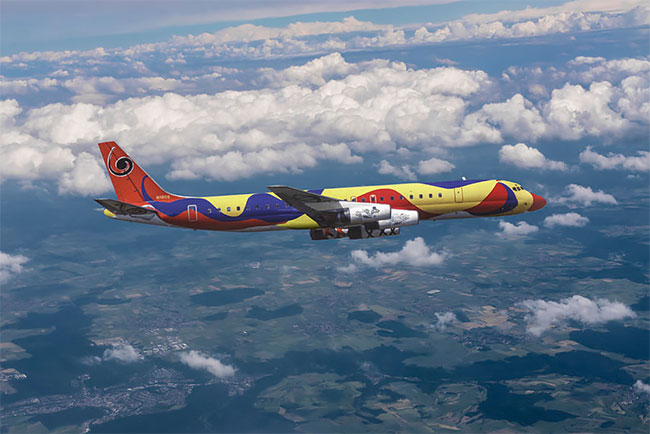 Calder preferred not to analyze his work, saying, “Theories may be all very well for the artist himself, but they shouldn’t be broadcast to other people.” 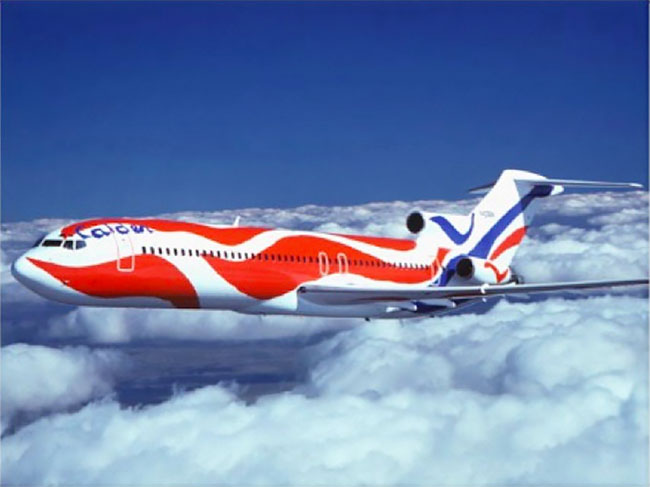 Born into a family of artists, Calder’s work first gained attention in Paris in the 1920s and was soon championed by the Museum of Modern Art in New York, resulting in a retrospective exhibition in 1943. Major retrospectives were also held at the Solomon R. Guggenheim Museum (1964) and the Museum of Contemporary Art, Chicago (1974). 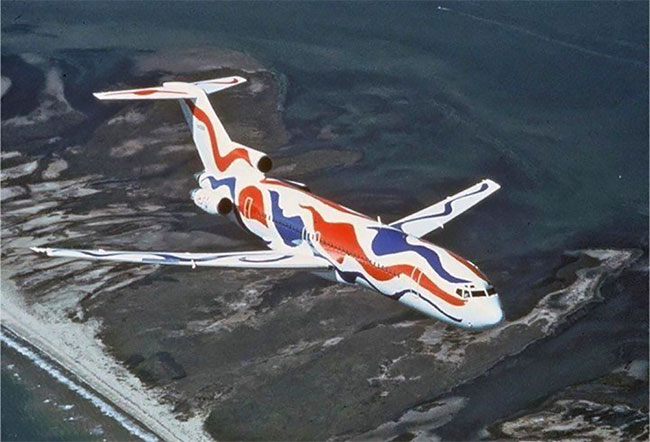 Although primarily known for his sculpture, Calder also created paintings and prints, miniatures (such as his famous Cirque Calder), theater set design, jewelry design, tapestries and rugs, and political posters. He was honored by the US Postal Service with a set of five 32-cent stamps in 1998, and received the Presidential Medal of Freedom, posthumously in 1977, after refusing to receive it from Gerald Ford one year earlier in protest of the Vietnam War. 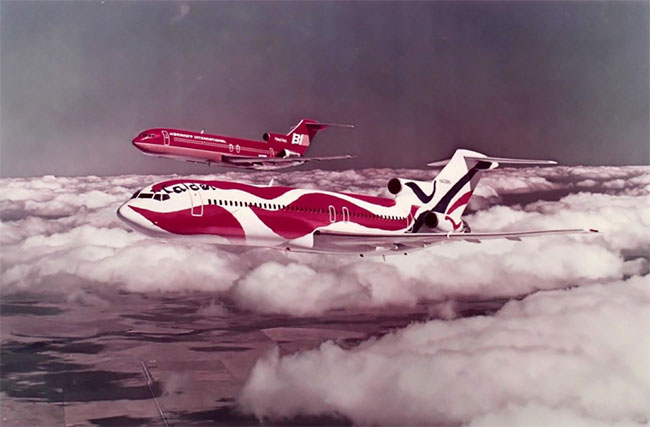 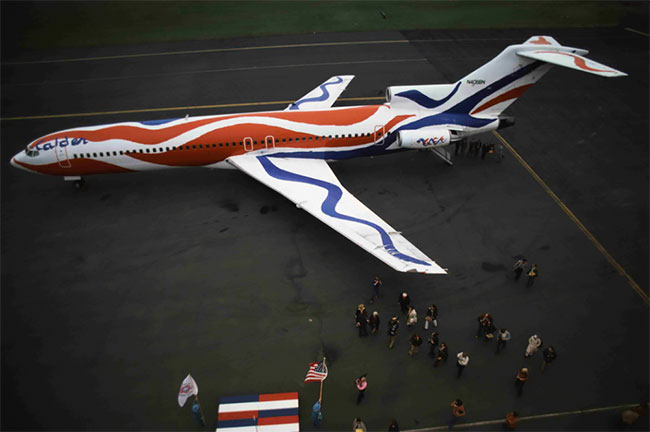 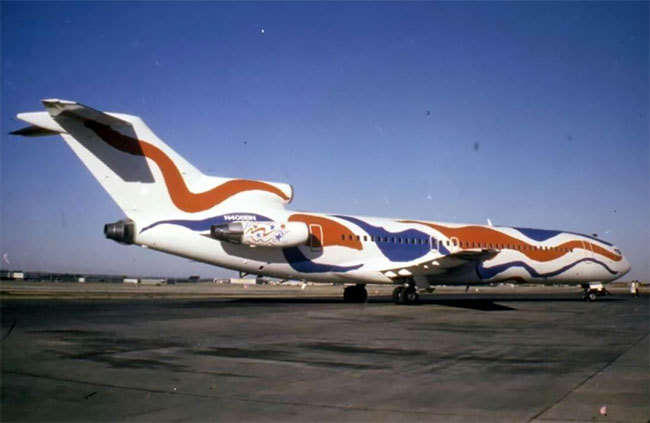 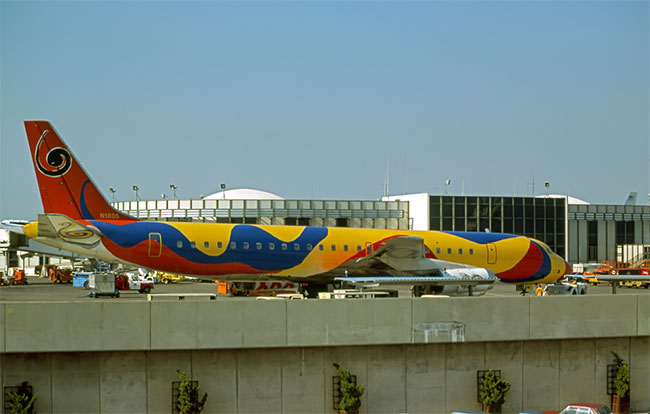 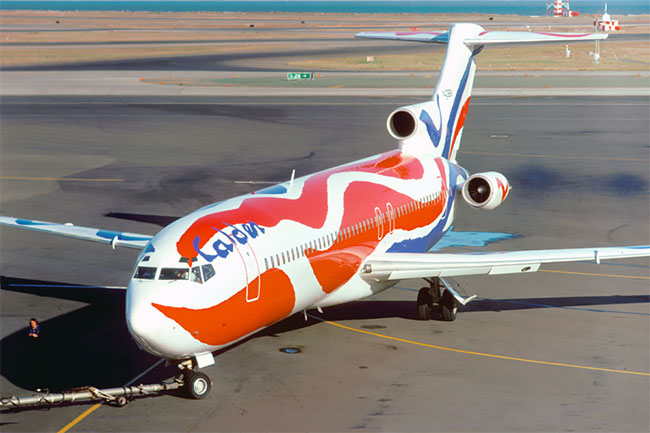 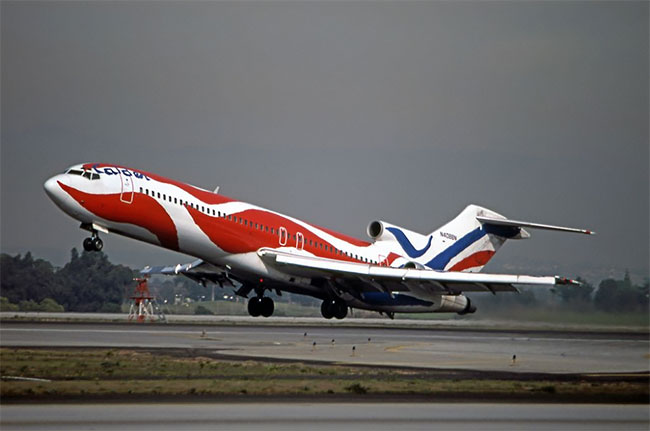 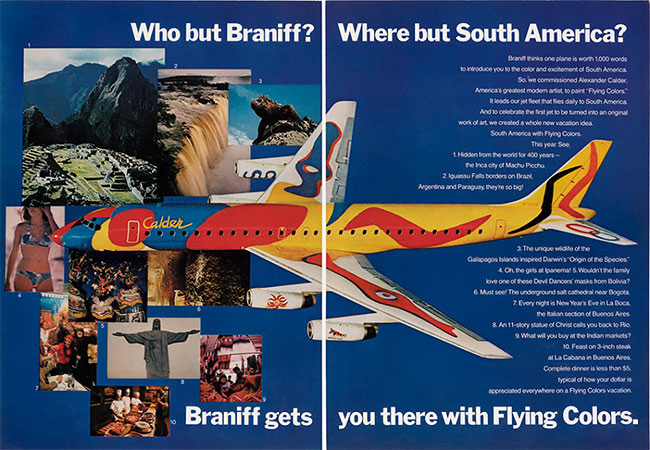 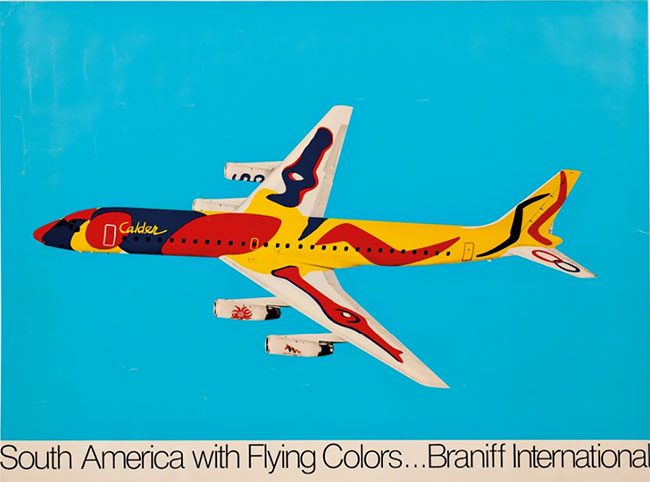 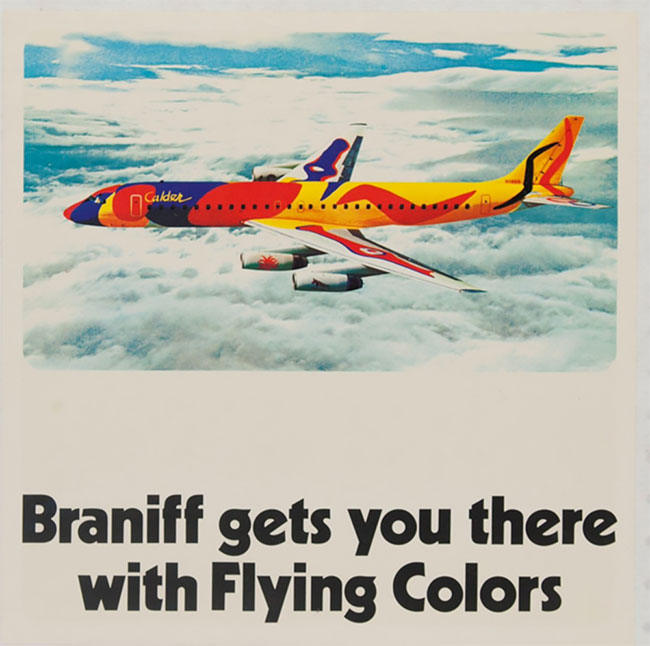 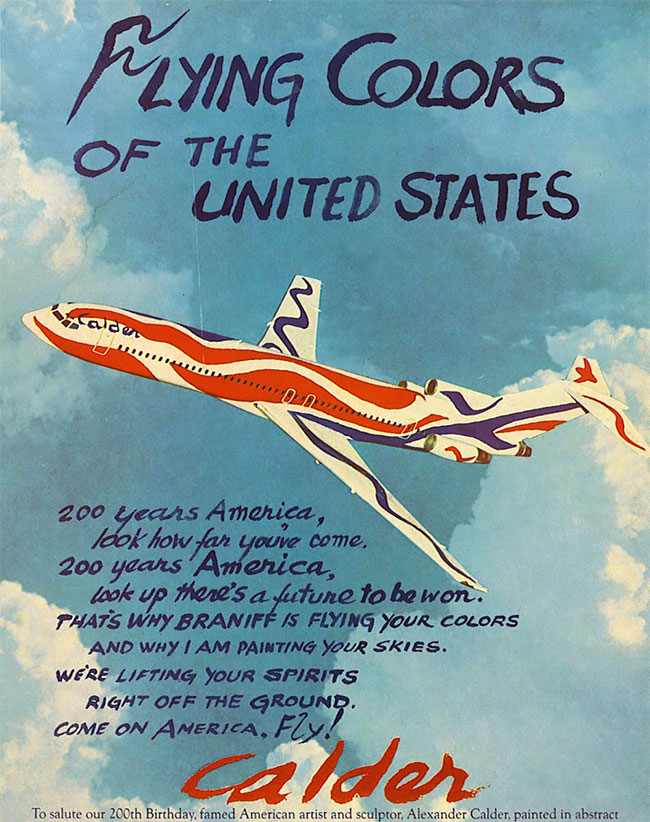 Crazy Woodworking Projects That Demonstrate The Mad Talent And Skills That Some People Have
Drake’s Lyrics Make The Best Cake Quotes Ever!
The 'Free Hug Sofa' Is Designed To Mimic The Feeling Of A Warm Embrace
Natura Insects: The Delicate Floral Compositions Of Raku Inoue
Epic Video Game Room Decoration Ideas From PIXERS
What Would U.S. Money Look Like, Given The Proper Attention Of An Industrial Designer?
This Modern Cat Tree Designed To Feel Your Cats At Anytime
Japanese Artist Crafts Epic Beast And Plant Hybrid Sculptures
This Company Creates Unusual Coffins And Urns In The Shape Of Beer And Whiskey Bottles, Guitars And In A Geometric Style
1950s Airstream Trailer Restored as Modern Mobile Home with Cozy Wood Interior
Wonderful Photos Of 1954 Chevrolet Corvair, Which Was Touted As A New Aerodynamic Design
Beautiful Photographs of Cheap Motels in 1970s America
Mermaid Tights That Make It Look Like You’re Developing A Tail
This 81-Year-Old Babushka Is Taking Embroidery To A New Level
Fabulous Photos of Ewa Aulin in the 1960s and ’70s
Riding Giant Mechanical Tricycles In 1896
The Most Controversial Ultrarealistic Art Sculptures By Patricia Piccinini
Fabulous Portrait Photos of Celebrities Taken by Patrick Lichfield
Cool Pics Capture People Posing With Lancia Cars From Between The 1920s And ’60s
This Instagrammer Perfectly Matches Her Outfits With Art Masterpieces
People Use This Online Photo Enhancer To Restore Old Pictures And Share The Results
The Unintentionally Homoerotic Chinese-Soviet Communist Propaganda Posters, 1950-1960
New Fashion Dolls Available At Tokyo Disney Resort
Sad and Happy Moments on the Photos of Boris Register
1970s, airplanes, Alexander Calder, Braniff Airlines, retro

Super Sleek, Modern And Minimalist Playing Cards By Joe Doucet
Russian Artist Carves Silver Dollar With Trap Jaws And Golden ‘Bait’ Coin
Baby Car Seats From the Mid-20th Century Moms Wouldn't Buy Today
Colombian Company Creates Cardboard Bed That Can Double As Coffin
Fabulous Portrait Photos of Celebrities Taken by Patrick Lichfield
Copenhagen: Wireless Speaker So Good, You Want To See It, Hear It And Never Let It Go
A Day At Mission Beach, California, August 1970
Artist Shows How To Repackage Junk Food So That Hipsters Would Buy It
A Journey Through America in the 1970s and 1980s
This 81-Year-Old Babushka Is Taking Embroidery To A New Level
Source of inspiration since 2007. Proudly hosted by WebHostingBuzz.
Privacy Policy · Terms of Service · Content Removal Policy 🇺🇦 ❤️