This Artist Creates Eye-Popping “Roomscapes” with a Camera Obscura 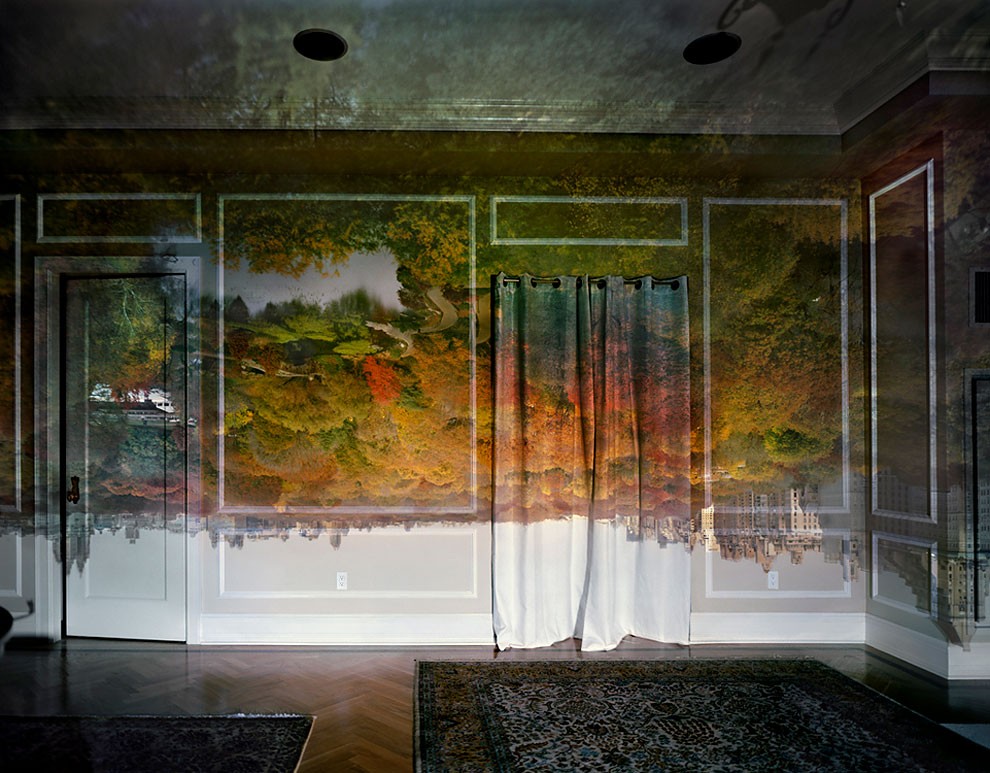 Notice something strange about the wall mural in the above photograph? It’s upside down! That’s because it was created using a “camera obscura” — the favored technique of Cuban born artist Abelardo Morell, who has been experimenting with this approach since 1991. 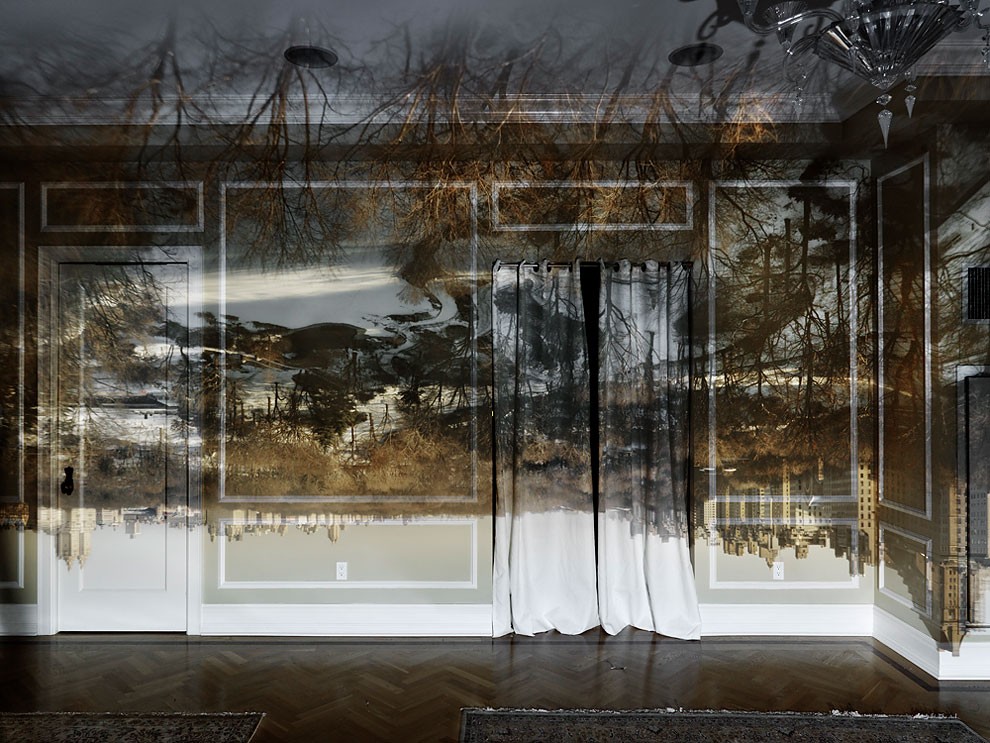 Latin for “dark room,” conceptually, a camera obscura is the precursor to the pinhole camera, but the effect dates back at least to Aristotle. (The earliest mention is found in the writings of Chinese philosopher Mo-Ti, circa 5th century BC, who called it a “collecting place” or “locked treasure room.”) 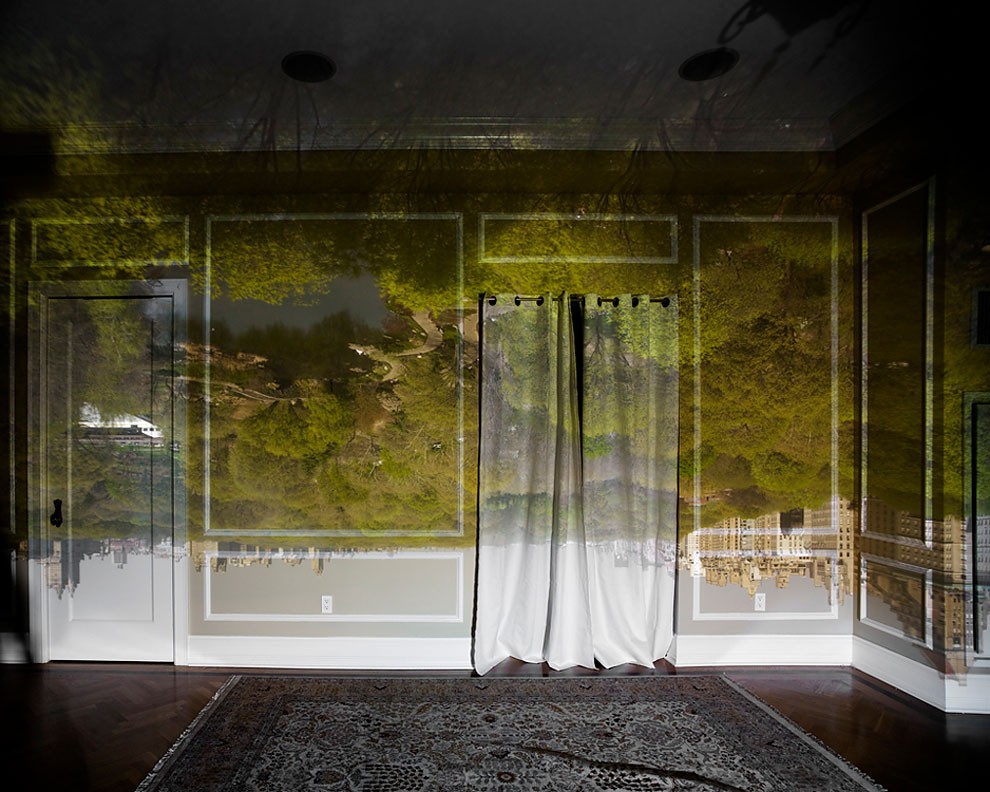 All you need to create your own camera obscura is a small hole in a shade or a wall, so that light can pass from a sunlit garden, for instance, into a darkened room, projecting an inverted image on the wall opposite the pinhole. 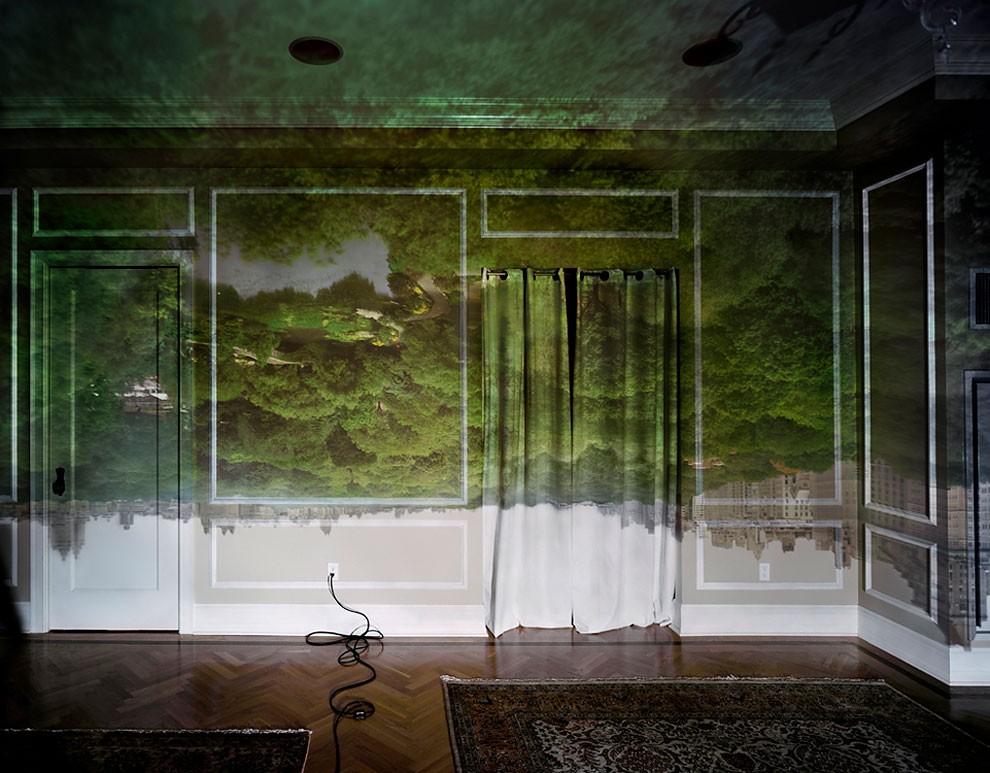 That inversion is due to a quirk of basic optics. Light scatters off each point of an object and travels outward in all directions. The pinhole acts as a lens, letting in a narrow beam from each point in a scene. 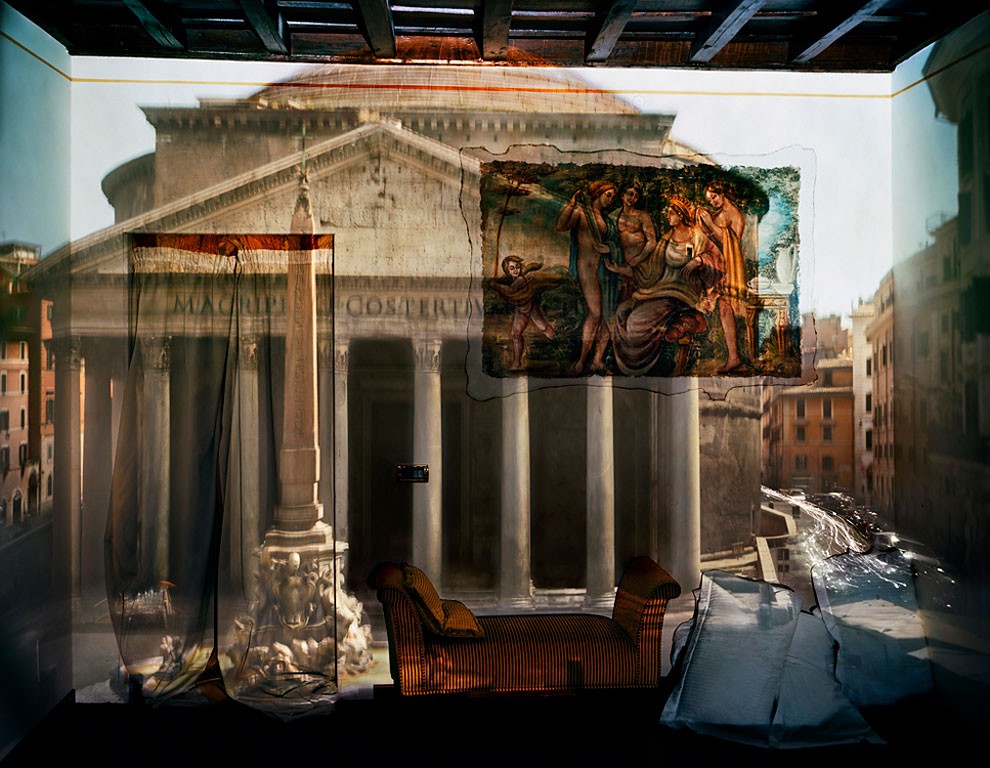 Those beams pass through the hole in a straight line and then intersect. The result is that the light from the bottom of the scene outside hits the top of the opposite wall, and vice versa. Hence the inverted image. 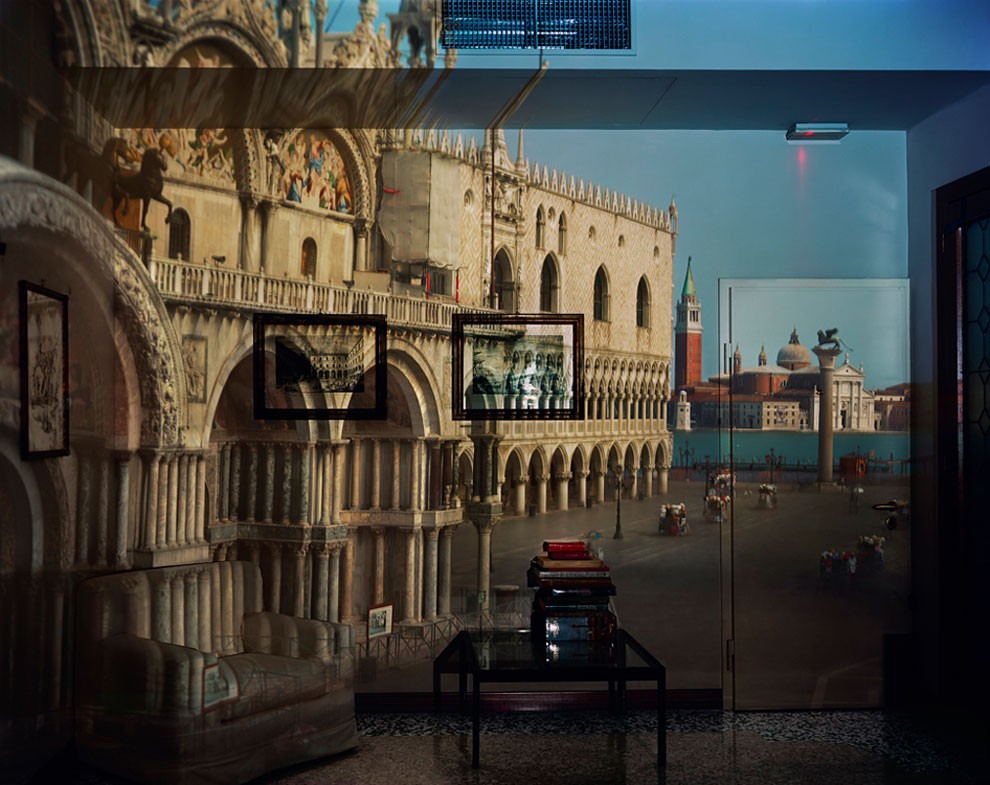 “I made my first picture using camera obscura techniques in my darkened living room in 1991. In setting up a room to make this kind of photograph, I cover all windows with black plastic in order to achieve total darkness. Then, I cut a small hole in the material I use to cover the windows. This opening allows an inverted image of the view outside to flood onto the back walls of the room. Typically then I focused my large-format camera on the incoming image on the wall then make a camera exposure on film. In the beginning, exposures took from five to ten hours.”, explains Abelardo Morell 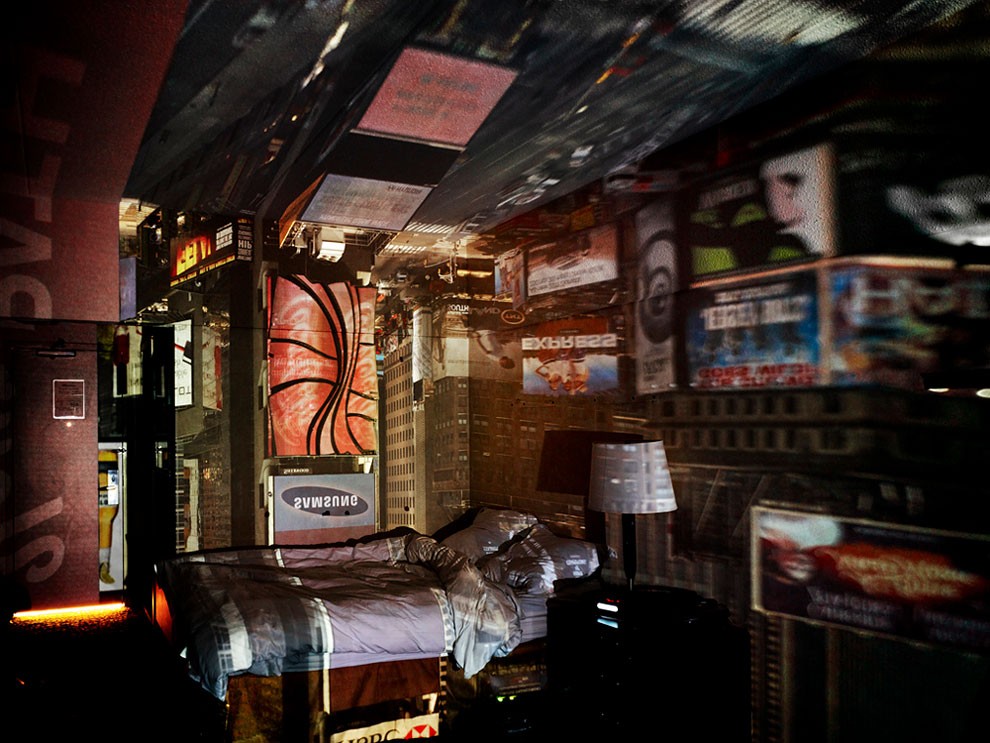 Morell’s interest in this ancient technique began in 1988, when he was teaching photography in Boston. On a whim one sunny day, he covered all the windows in the classroom with black plastic so that it was pitch dark inside, punched a small hole in the plastic, and then savored his students’ enthralled reaction as upside-down moving images of the street scene outside appeared on the back wall. 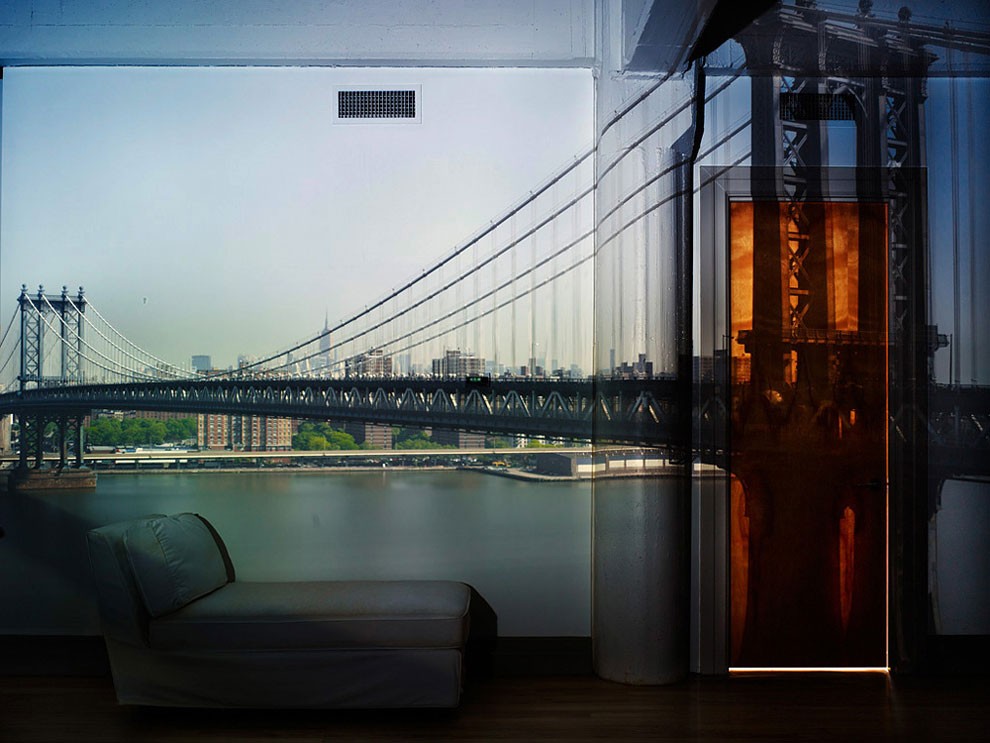 “When I saw how these savvie, techie students were charmed and disarmed by the image on the wall, I knew this was something very potent,” Morell told National Geographic back in 2011. 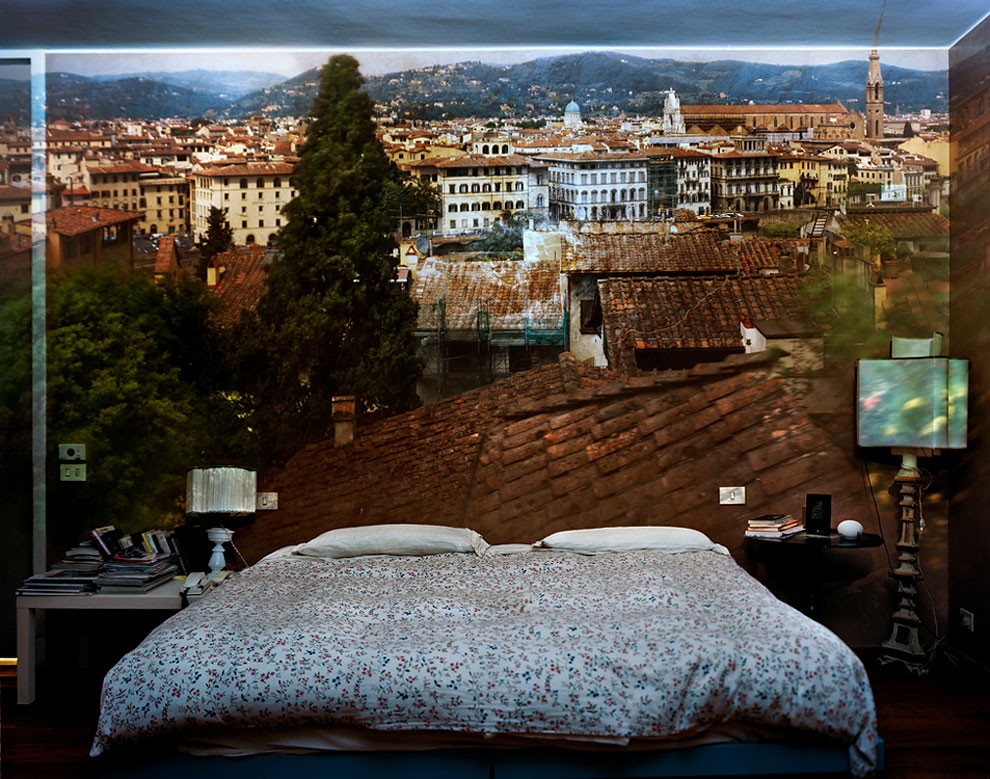 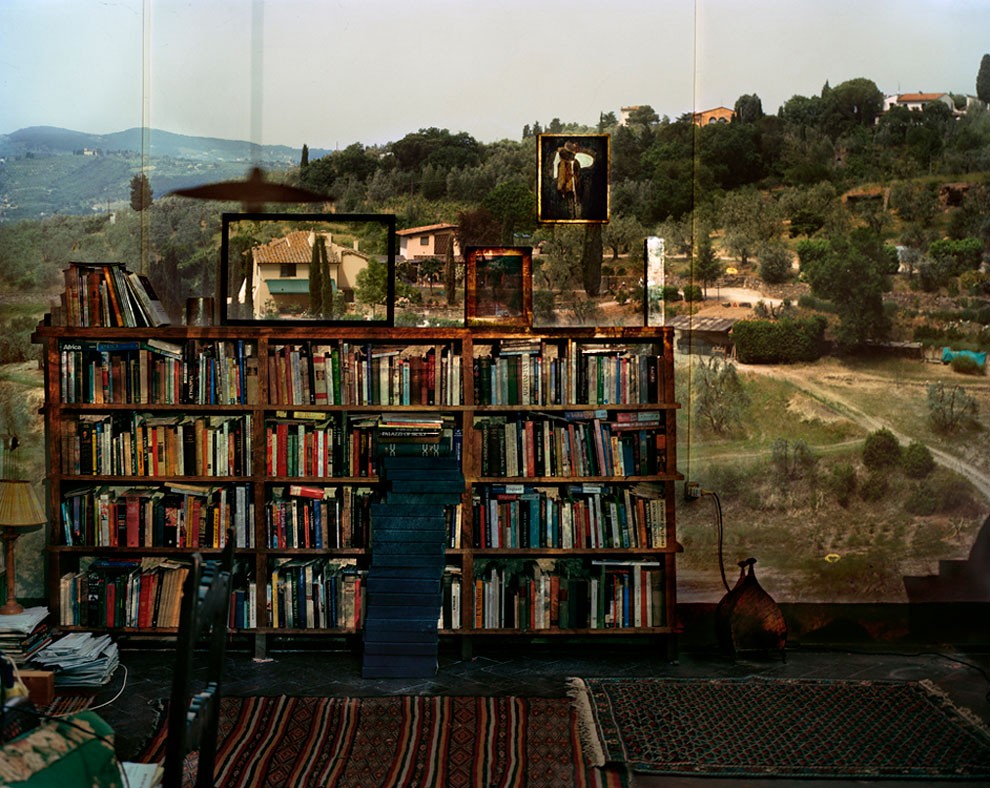