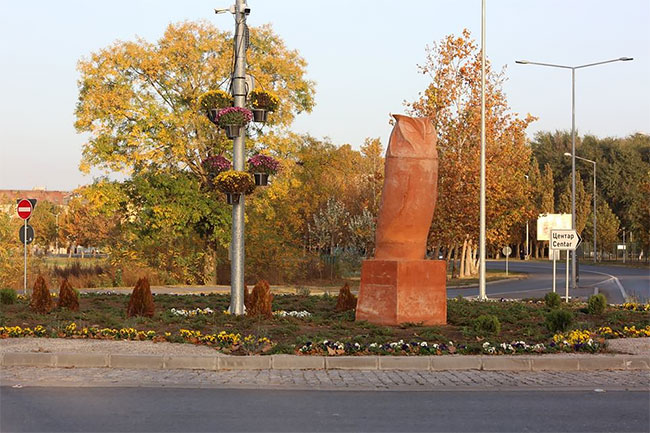 Last week he told Belgrade’s Vecernje Novosti daily he was ready to make a differently-shaped statue. Local authorities declined to comment. Zeljko Bodrozic, editor-in-chief of a local newspaper, said the owl monument should remain in place. The protesters say the terracotta statue’s elongated shape and minimalist features are obscene and that it does not look like the town’s famous long-eared owls.

“With all the hype swirling around it … in a way it also becomes a symbol of our city.” Keen bird watcher Dragan Simic said he did not care about the statue. “Kikinda is now famous for its owls … across Europe, even around the world… the bird-watchers are very active, numerous and loyal tourists.”

“This is great,” wrote one. “I just can’t figure out what it reminds me of”.

Others spoke of the “shame” the statue has brought on Kikinda.

“I love owls and I love the city but this sculpture is pure failure,” one person commented.

“Now everyone will make fun of us,” another said.

The statue’s creator, Jovan Blat, has blamed the public for not understanding the meaning behind his “stylised sculpture” with its “elongated, tubular body”.

“It is clear… that everyone does not understand contemporary art,” he told Serbian newspaper Vecernje Novosti, admitting he may have “some technical limitations”. 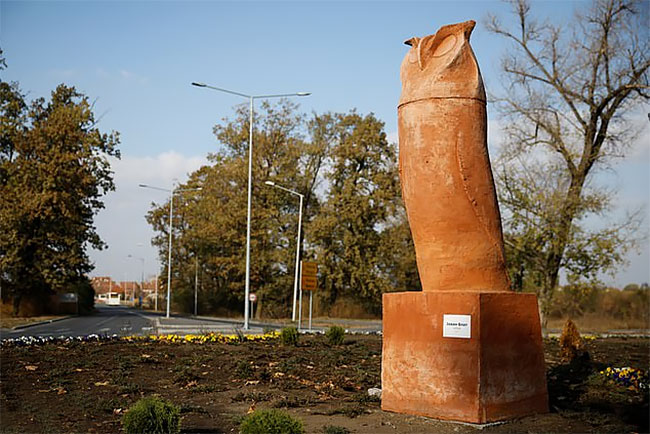 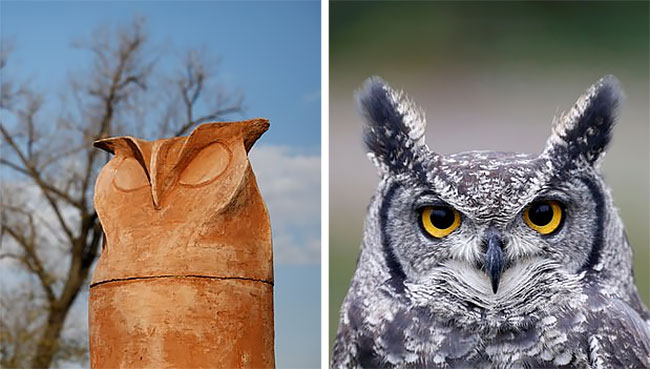 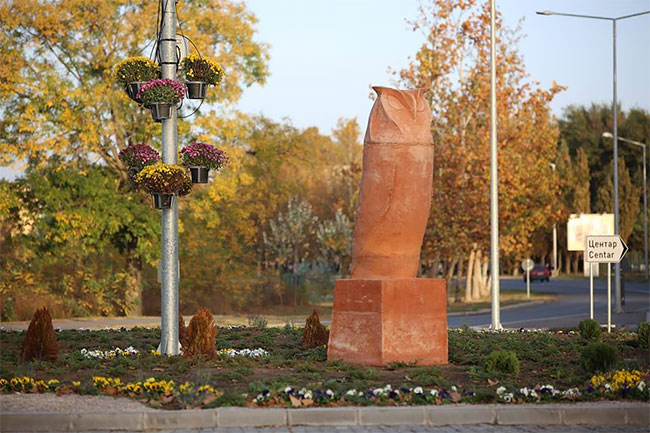 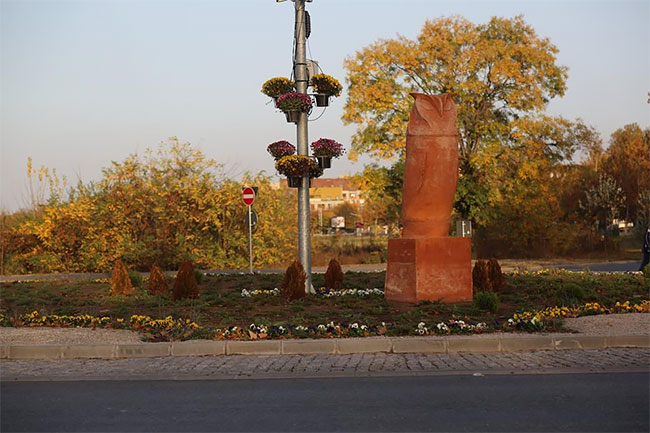 Slinningsbålet: The Battle For The Biggest Bonfire In The World
A Giant Headless Buddha Statue Discovered Under a Residential Complex in China
Unusual and Creative Staircase Designs
CasAnus Hotel: This Hotel In Belgium Is Shaped Like A Giant Anus
Stunning Photos From The Shortlist Of The Architectural Photography Awards 2018
The Intelligence Service Owl From Russia
The Twin Towers During The 1970s And Early '80s Through Fascinating Photos
The Land Of Giants By Choi + Shine Architects
Luxurious Eco-Friendly Mansion Exists Entirely Below Ground
An Architect Creates This Stunning Address Book Swimming Pool
Chinese Village Builds Giant Golden Statue Of Mao Zedong
Mirage House With Infinity Pool On The Roof By Kois Associated Architects
An Illusory Swimming Pool By Leandro Erlich
Architects Adds Treetop Cabin With Stargazing Net To Sweden's Treehotel
Daredevil Skateboarding On A Giant Yugoslav Monument
Vocklabruck Platform in the Middle of a Lake
This Bathroom In A Chinese Park Has Translucent Walls
An Aerial View Of The 90-Meter-Long Puffer Fish Tower In East China
Giant Swings To Abolish The Wall Between The United States And Mexico: Take That, Donald Trump!
Stunning Images Of The Seven Wonders Of The Ancient World Restored In Their Prime
This Beautiful Hotel Will Take Your Breath Away
Chinese Home Builders Find Great Location: On Top of a Shopping Mall
An Incredible Design Of Space Age German Lifeguard Station
Artist Spent 2 Years and 10,000 Lego Pieces Building This Brutalist House
Kikinda, owl, Serbia, statue

How One Japanese Village Defied the Tsunami
Russian Pharaoh Puts His Apartment to Sale
Most Beautiful Remaining Street Mosaics From The Soviet Union
This Beautiful Hotel Will Take Your Breath Away
Chinese Home Builders Find Great Location: On Top of a Shopping Mall
"Pure White": When Asbestos Was Used As Fake Snow
French Photographer Jason Guilbeau Outsmarted Lockdown To Find The Former USSR’s Strangest Street Relics
Why Is This Little House In The Middle Of The Street In New York?
This “Story Pod” Is A Free-For-All Lending Library Designed For A Public Park
Speculative Designs for Headquarters of Green Climate Fund in Bonn
Source of inspiration since 2007. Proudly hosted by WebHostingBuzz.
Privacy Policy · Terms of Service · Content Removal Policy 🇺🇦 ❤️