Back in 1900-1910, every purchase of Gallaher’s brand cigarettes came with these helpful cards that taught you some very valuable tips and tricks to make your life easier, from extracting a splinter to lighting a match in the wind. This might be the only time ever that something beneficial actually came out of a packet of cigarettes! 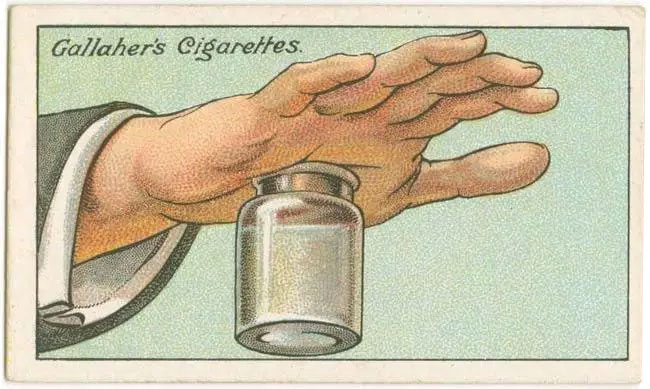 How To Extract A Splinter

“Fill a wide mouthed bottle with hot water nearly to the brim, and press affected part of hand tightly against mouth of bottle. The suction will pull down the flesh, and steam will soon draw out the splinter.” 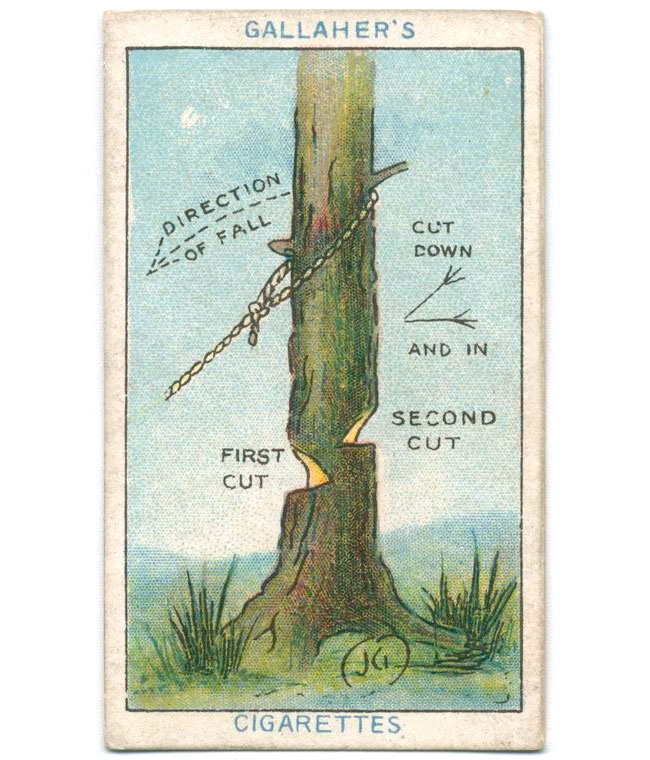 How To Fell A Tree

“Have decided which side you wish the tree to fall, cut alternatively a downward and inward cut as shown. When about half through, proceed to cut the other side a few inches higher, and finally pull tree down by means of ropes.” 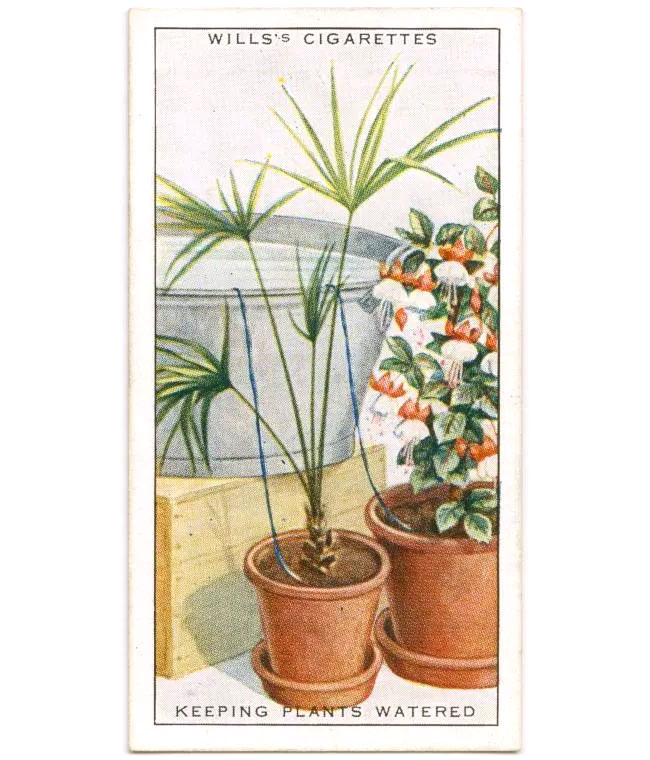 Keeping Plants Watered While Away

“Fill a large pail with water, and stand it a little above the level of the plants and group round or near as many plants as practical. Loosely plait two or three strands of wool together, immerse completely in water, and place one end in the pail, weighted, and touching the bottom. Rest the other end on the soil: a separate plait of wool is advisable for each pot.” 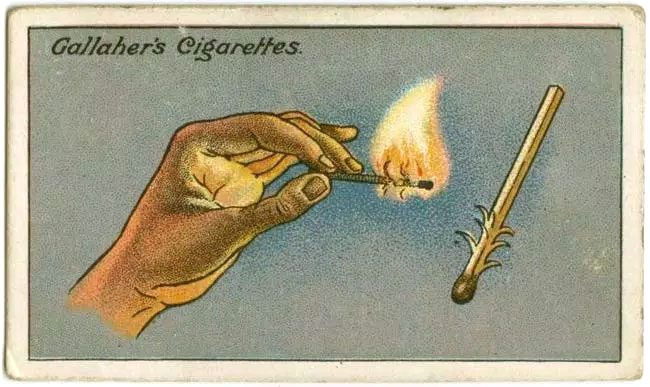 How To Light A Match In The Wind

“The familiar difficulty of lighting a match in a wind can be to a great extent overcome if thin shavings are first cut on the match towards its striking end, as shown in the picture. On lighting the match the curled strips catch fire at once; the flame is stronger and has a better chance.” 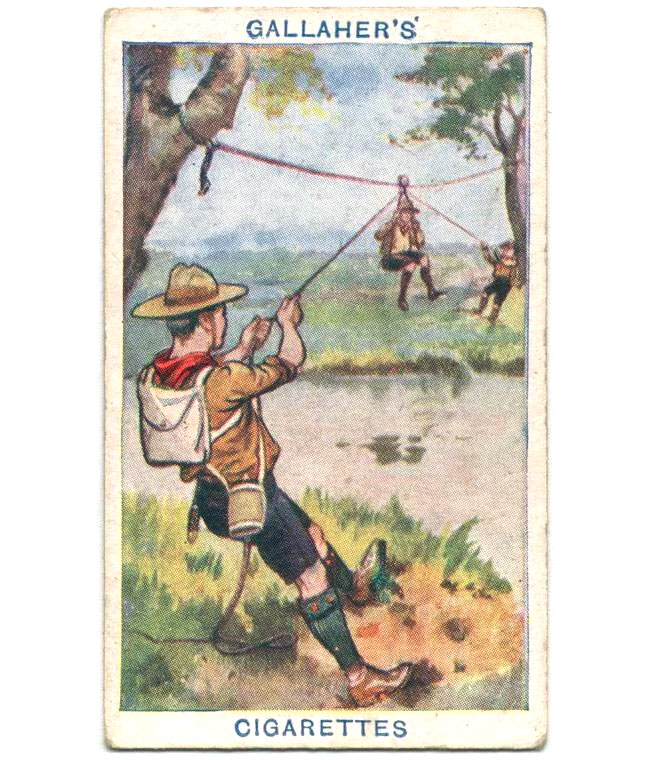 How To Make A Chair To Cross A Stream

“Fasten a strong rope to a tree and let a boy swim across the stream and fasten the other end to a tree on an opposite bank. Make the chair, fasten it to a running look or a block pulley, and by means of a light rope fastened to the middle of (the) chair and held by a scout at each end, those unable to swim are safely passed over.” 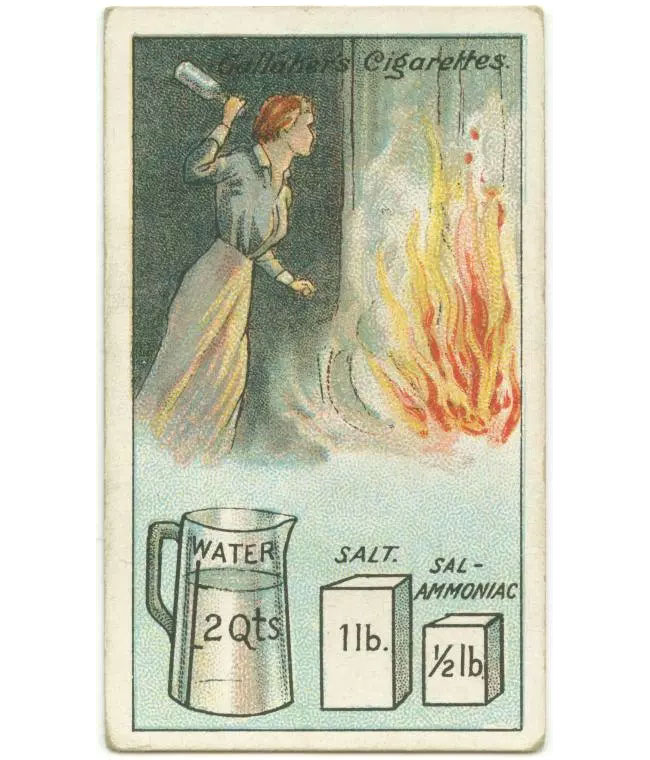 How To Make A Fire Extinguisher

“Dissolve one pound of salt and half a pound of sal-ammoniac in two quarts of water and bottle the liquor in thin glass bottles holding about a quart each. Should a fire break out, dash one or more of the bottles into the flames, and any serious outbreak will probably be averted.” 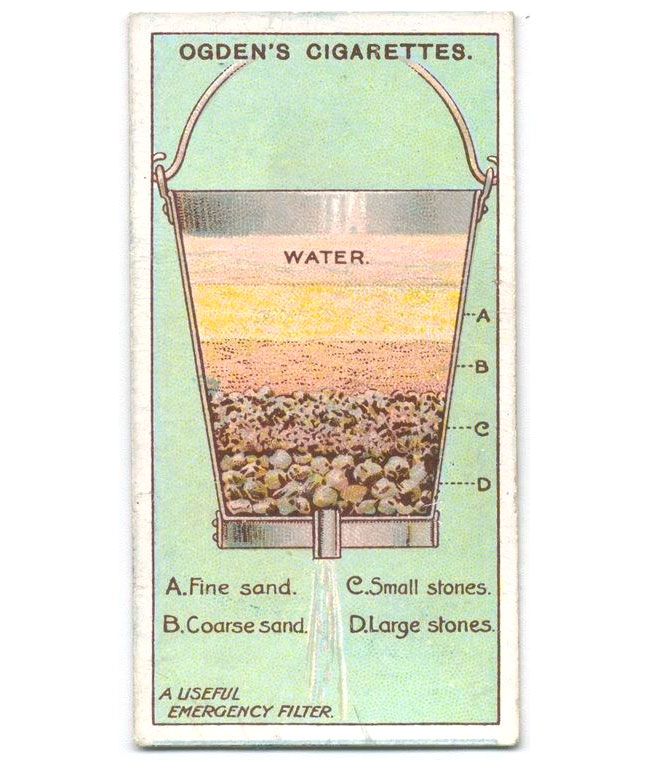 How To Make A Water Filter

“A most handy and efficacious filter can be made out of an ordinary perfectly clean zinc water pail, through the bottom of which a hole has been drilled and a small pipe fitted. The water percolates through the layers of fine and coarse sand, and clean picked gravel and stones, with which the pail is filled, filtering through to the bottom in a clear state.” 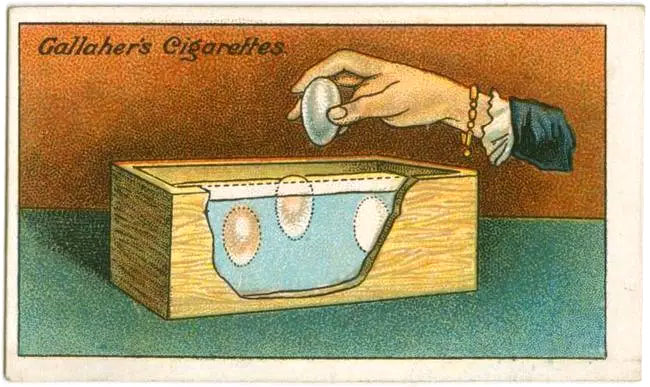 How To Preserve Eggs

“Eggs for preserving must be newly laid, and by simply putting these into a box or tin of dry salt-burying the eggs right in the salt and keeping it in a cool dry place — it is possible to preserve them for a very long period. No air whatever should be allowed to get to the shell.” 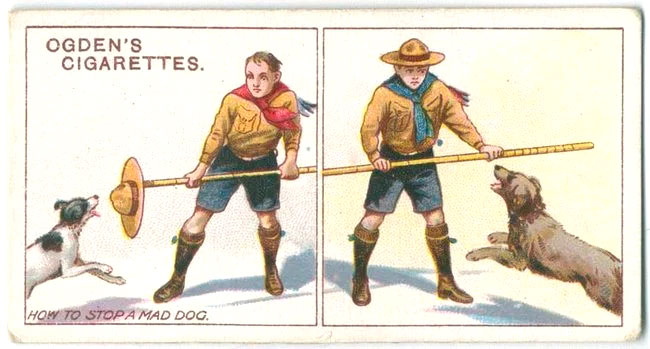 How To Stop A Mad Dog

“A scout’s staff, a walking-stick, or even a handkerchief or hat may be held before you as shown. The dog invariably endeavours to paw down your defense before biting, thus giving you the opportunity of disabling him by a kick.”

Grotesque Medieval Music Sheets From Chansonnier of Zeghere van Male from 1542
The Starry Heavens Above Me And The Moral Law Within Me: Atmospheric Paintings By Nicola Caredda
Illustrator Yaoyao Ma Van As Perfectly Captures The Happiness Of Living Alone
"The Witches of Fabersham Forest": The Dark Surrealism and Visual Mysteries of Noah Stacey
Artist Redesigned Famous Yugoslavian Posters To Bring Back Good Memories
So Super Awesome Funny Greeting Cards By Mudsplash Studios
Brutally Honest Illustrations About Life
The Soft, Romantic Illustrations Of Mateja Kovač
Sabeena Karnik Creates Beautiful Art From Colored Pieces of Paper
Misspelled Tattoos: Permanent And Hilarious
Where’s Waldo Coronavirus Edition Is Here And It’s A Tad Easier To Spot Waldo Than Usual
Artist Turned Disney Princesses Into Maniacs From Horror Movies
Fight The Power: Honest Street Art Around The World
British Street Artist Mobstr Has An Awesome Collection Of Sarcastic Art Pieces Aprawled Across The UK
American Artist Creates TriColored And Galaxy Like Surrealism Art
How To Properly Use a Selfie Stick, An Illustrated Guide
Cyberpunk 2077 Posters That Don't Offend Anyone
The Brilliant, Provocative Trump Ad That Had Cannes And Social Media Buzzing
Woumpah
Spanish Artists Creates Attractive Urban Installations From Salvaged Tires
Here’s What Julius Caesar, Cleopatra, Caligula And Others Would Look Like Today
Early 1950s Tijuana Bible, a Humorous Pamphlet About Urination
Stunning Digital Animalistic Artworks By Dániel Taylor
Artist Isabella Montan Creates Pantone-Inspired Pop Culture Graphics
Jigsaw Puzzle That Will Exercise Your Patience
Company Asks 100 People To Draw 10 Car Logos From Memory, Receives Hilarious Results
“In A Parallel Universe”: Artist Exposes Sexism By Switching Up Gender Roles In Old-School Ads
The Avengers Re-Imagined By Daniel Kamarudin And The Result Is Awesome!
Inside the Vibrant World of Aurélia Durand
15 Exquisite Illustrations Which Sum Up Perfectly How Much We Love Our Pets
cigarette, found, hacks, inside, these, vintage