Ten years ago, the most destructive hurricane in the US history, Katrina, razed almost the whole of New Orleans to the ground. It swept off thousands of lives and left a lot of families homeless. The actor Brad Pitt was so shocked by the tragedy that he founded the Make It Right Foundation to help the victims of the hurricane.

The Lower Ninth Ward district was hit the hardest by the hurricane. It was almost entirely flooded, and the buildings turned into shambles. With money collected by Pitt and the foundation, they managed to build 109 new houses in this area. The actor hired famous architects and personally took part in the design development of the houses.

The houses turned out great: natural disasters proof, eco-friendly, and stylish. From the get-go, the actor didn’t plan to build cheap houses. He wanted people who had already suffered enough to get beautiful and worth-while homes. Families were beside themselves with joy!

During the work on the project, Pitt grew very close with the families who were to settle in the new houses. 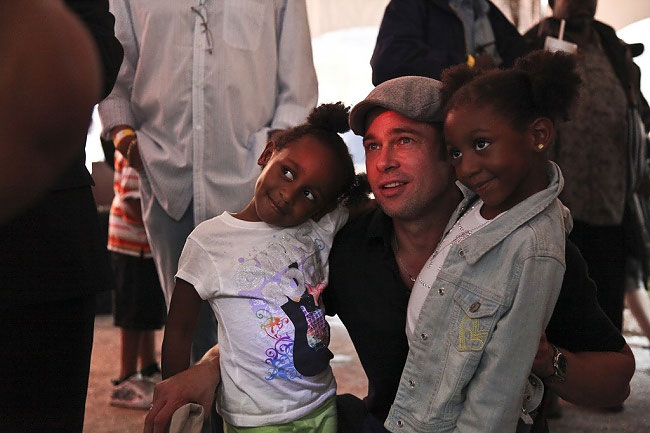 A woman is standing in front of her new home. She is standing on the porch of her old house that they decided to preserve for memory. All the new houses are raised above the ground in case of floods. 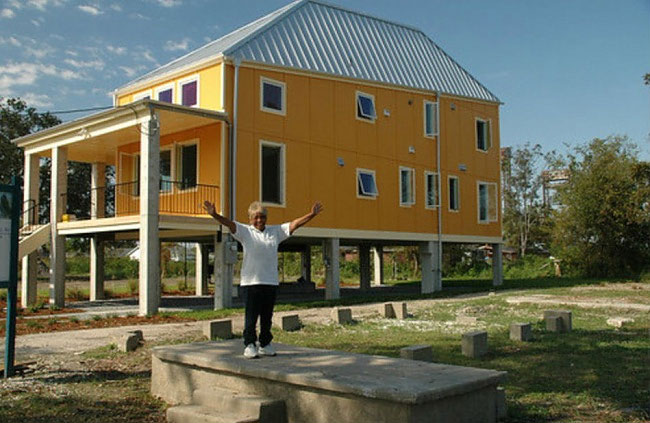 During the hurricane, the area was almost entirely flooded. 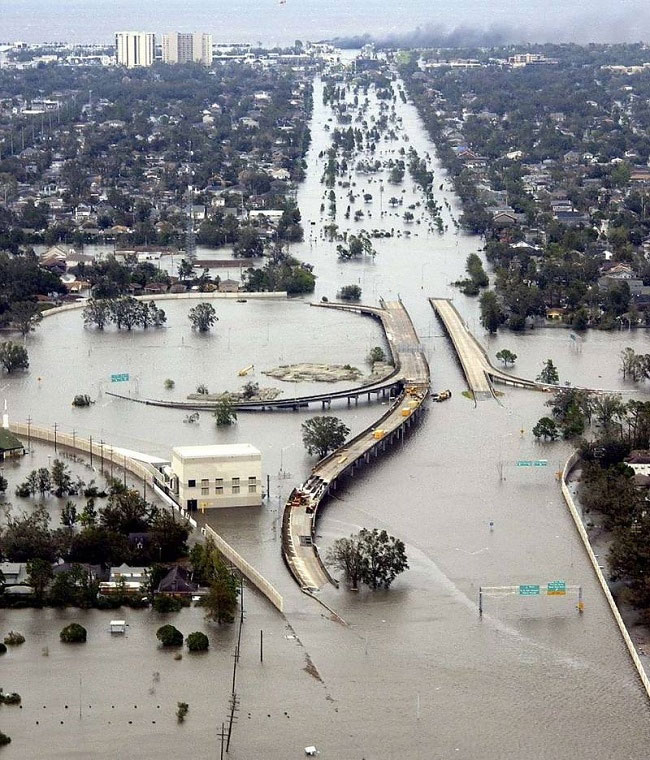 Brad Pitt himself examined the destructed area where the houses were to be built. 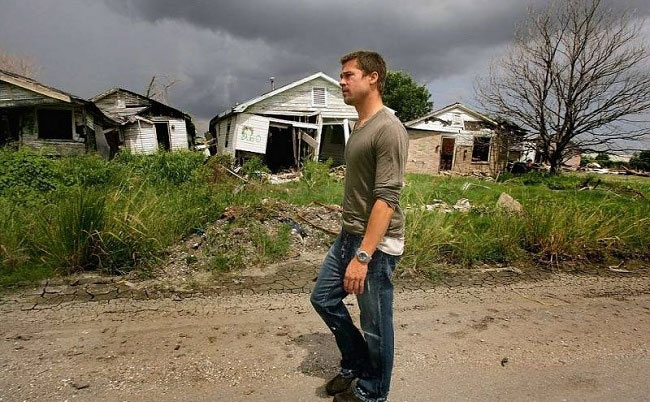 To personally supervise the construction, Angelina Jolie and Brad Pitt bought a house in New Orleans in 2005 and made it their second home. 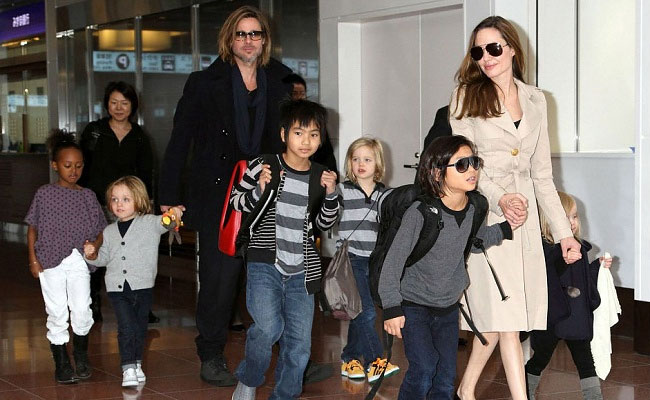 The actor often arranged meetings with residents and architects to discuss the future of the city and the district. 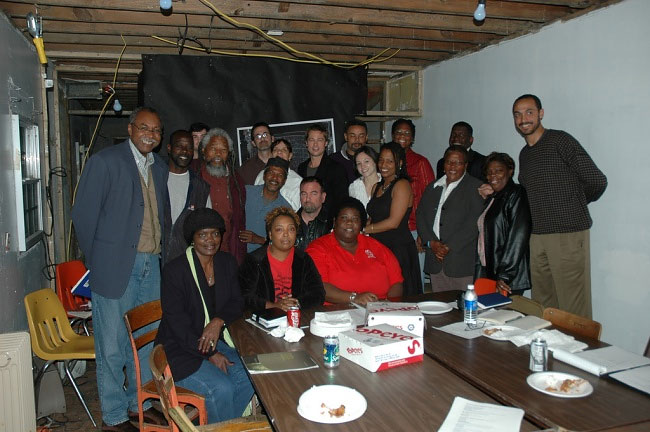 He personally directed the volunteers… 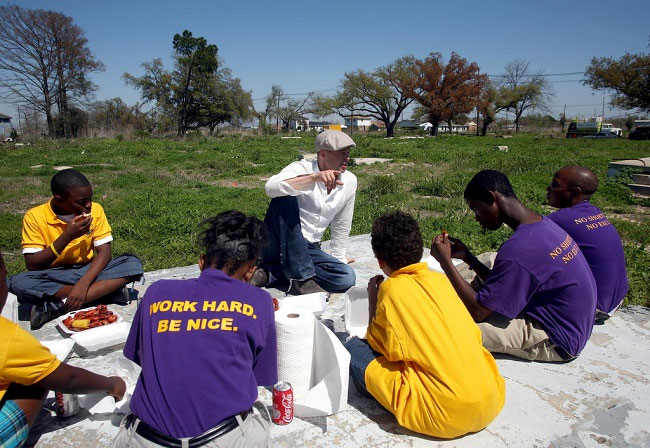 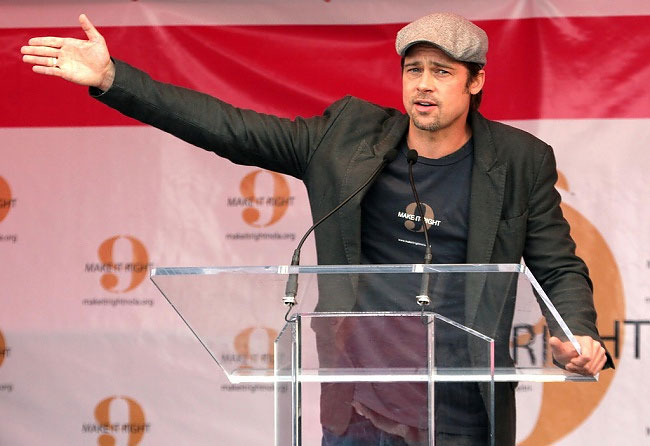 The actor was controlling the construction at all stages. 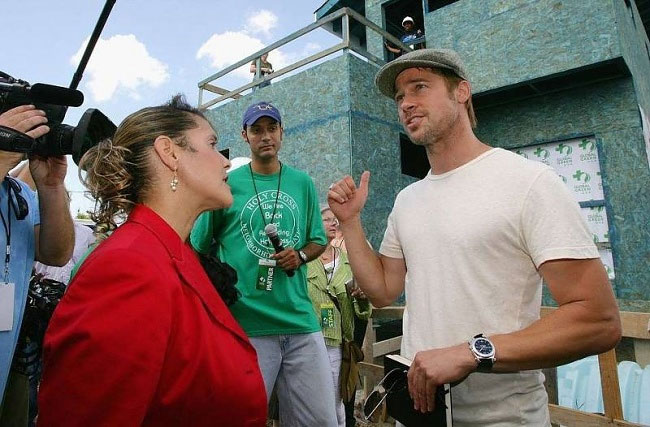 Houses were built using the latest eco-technologies and principles of amenity planting. Roofs were equipped with solar panels. 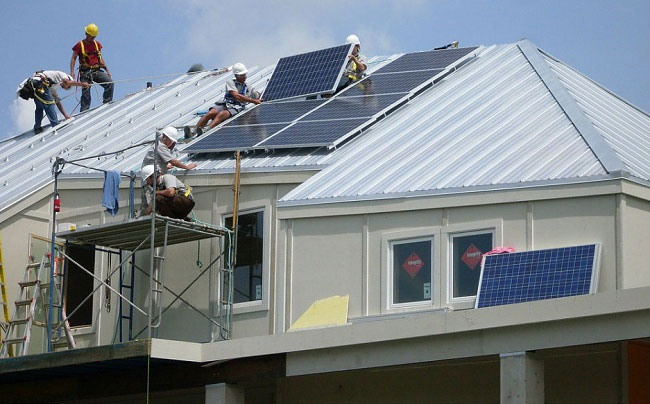 Now, the area with stylish and modern wooden houses looks so different! Landscape designers did their best, too. 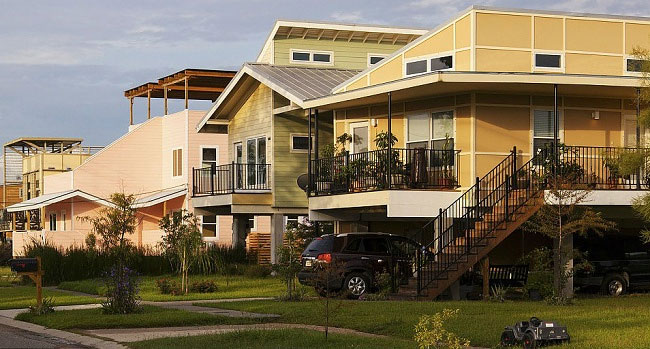 The district has already become a local attraction; tourists often come here just to see it. 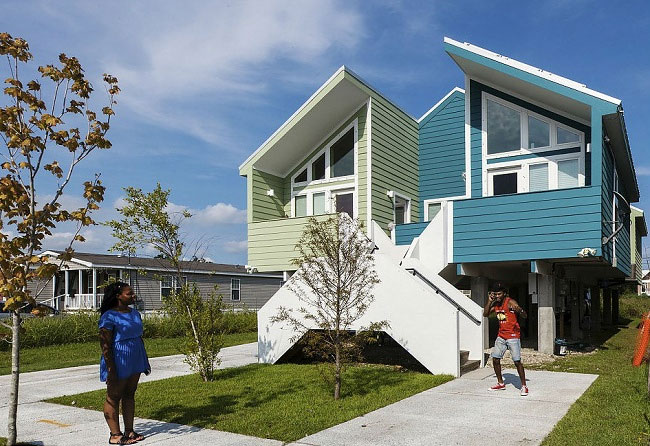 All the houses, painted in different colors, have unusual shapes. 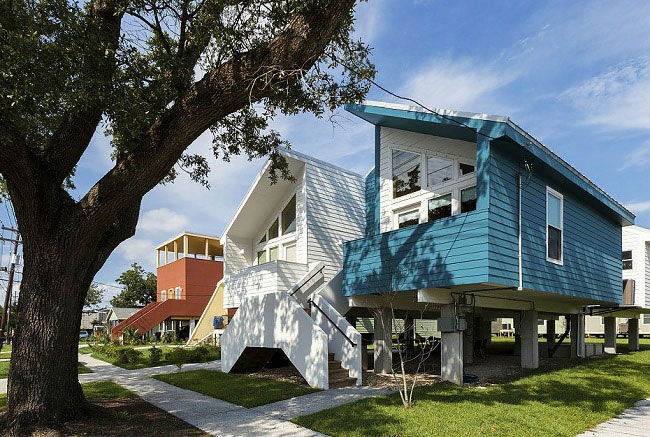 All the houses are wooden, and each house has got its own veranda. 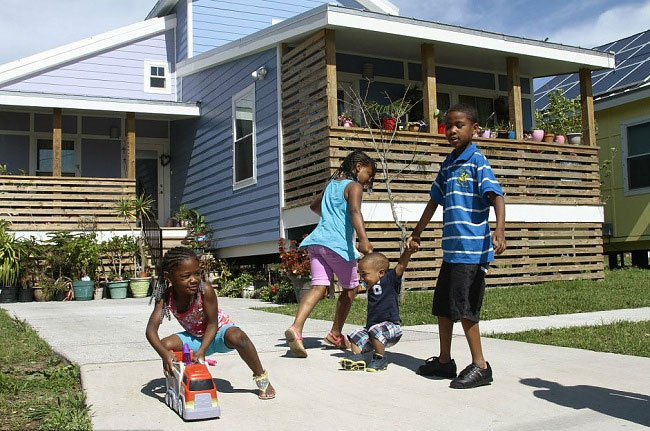 The rooms are spacious and the windows let lots of light in. 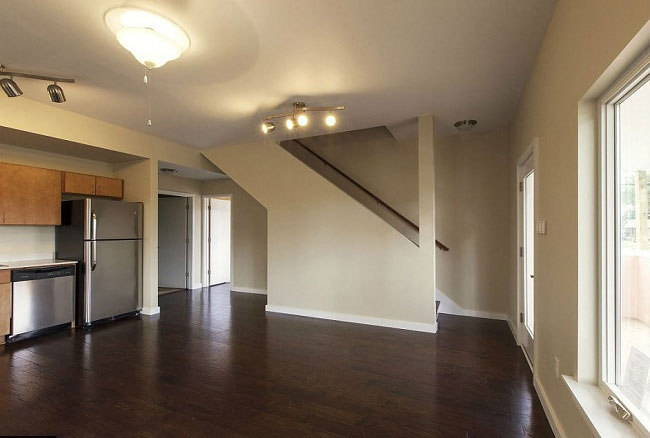 The new kitchens are well equipped and furnished; each has a steel fridge and a stove. 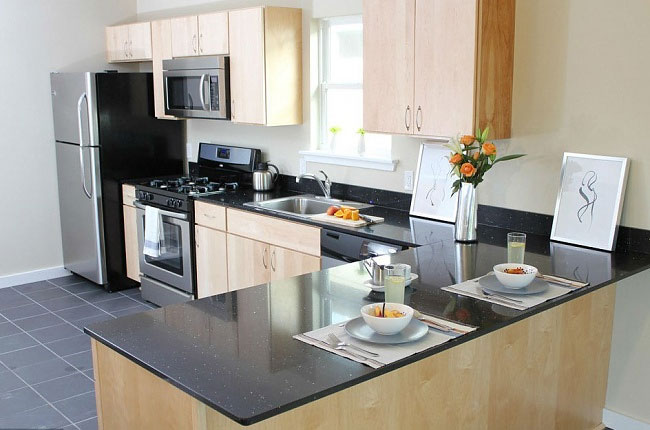 Brad Pitt smiling on the balcony of his own home in New Orleans. 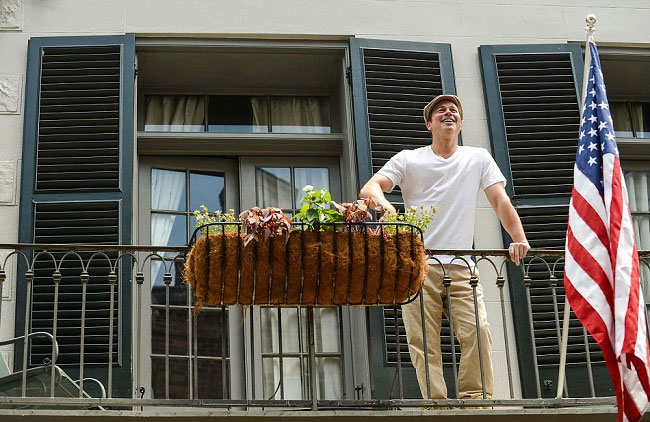 Angelina Jolie is very proud of the work her husband has done as she herself devotes a lot of her time and effort to charity work. 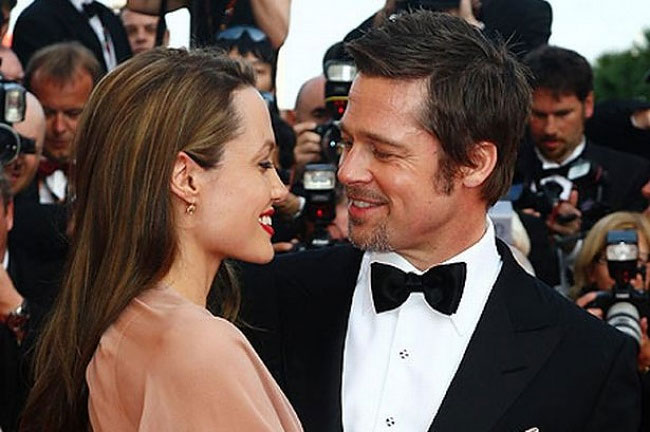 Pitt and Jolie with the grateful residents of the new homes. 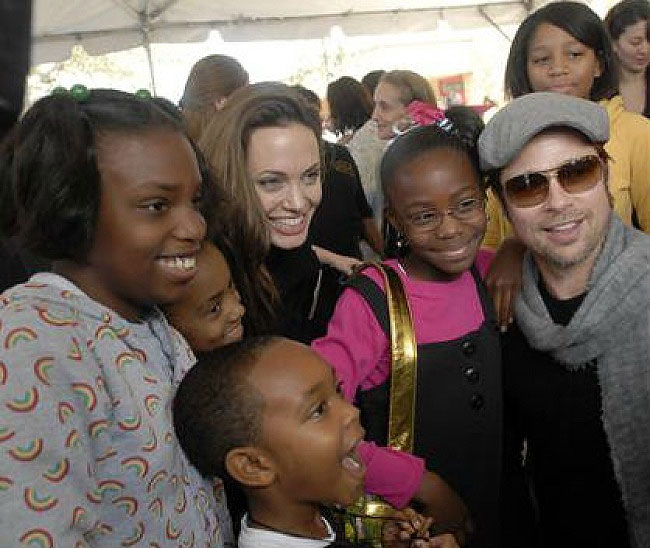 The actor asked the families to choose the wall color themselves. All of them chose joyful colors (yellow, green, and blue) as a sign of the new life which was so generously given to them. 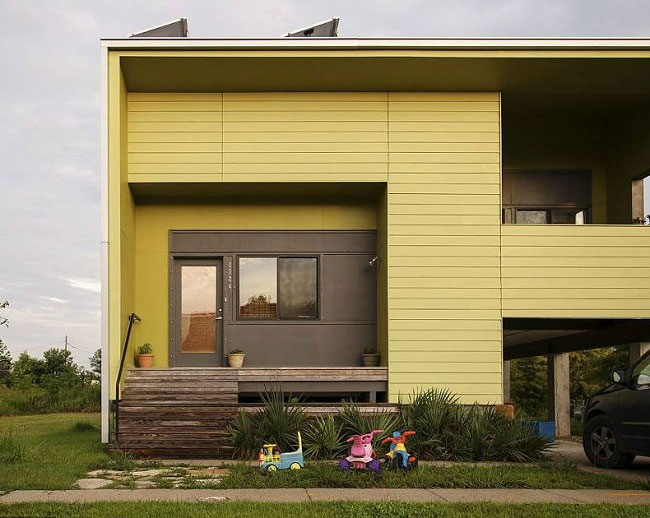 The Fantastically Sculptural Architecture Of Cyril Lancelin
The Rooms At This Hotel Are Inside Airstream Trailers On The Roof Of The Building
The New Apple Store In Thailand Looks Like A Vortex Of Wood
Russian Couple Build Pyramid Of Giza Replica In Their Rural Backyard
Six Shortlisted: Buildings up for the RIBA Stirling Prize
Rather Than Cut It Down, Family Builds House Around 150-Year-Old Tree
These Playhouses Are Inspired By Japanese Architecture
NEOM and The Line: Saudi Arabia Plans to Construct the World’s Largest Building
World's Biggest McDonald’s Outlet to Open in London
Man Built Custom Kayak So He Could Take His Dogs On Adventures
Vintage Postcards Capture Shopping Malls of the U.S. in the Mid-20th Century
Defenders Of The Soviet Arctic During The Great Patriotic War - The Giant Monument On The Edge Of Russia
Stunning Construction Photos Of Zaha Hadid Architects' Leeza SOHO Tower And Its Record-Setting Atrium
Shanghai-Based Architecture Studio Wutopia Lab Created This Cutting-Edge Design for The Monologue Art Museum in China
Emergency Slide May Save Your Life
Explorer Matthias Haker Discovers Crumbling Churches, Overgrown Synagogues and Golden Chapels
Frank Lloyd Wright’s Most Famous Buildings Get 3D Paper Model Treatment In New Book
Weston Homes Create “Lego Children's Room” to Assist with Marketing Houses to Families
A Non-Standard Architectural Solution: This Cubic Window Is Like a Passage to A Parallel World
Fashion Stylist Portfolio Got Destroyed By Hurricane Irma, But Created Unique Noir Photos Instead
The Interior of the Fourviere Basilica in Lyon
Luciano Pia’s Incredible Urban Treehouse Protects Against Air And Noise Pollution In Turin
This Tiny House Design Inspired By The Lunar Module
Nike Transforms West Side Church In Chicago Into Basketball Facility
built, during, everything, families, homes, hurricane