MOTOBAIK (phonetics used to call the scooters) is a photo project of the photographer Christian Rodriguez. 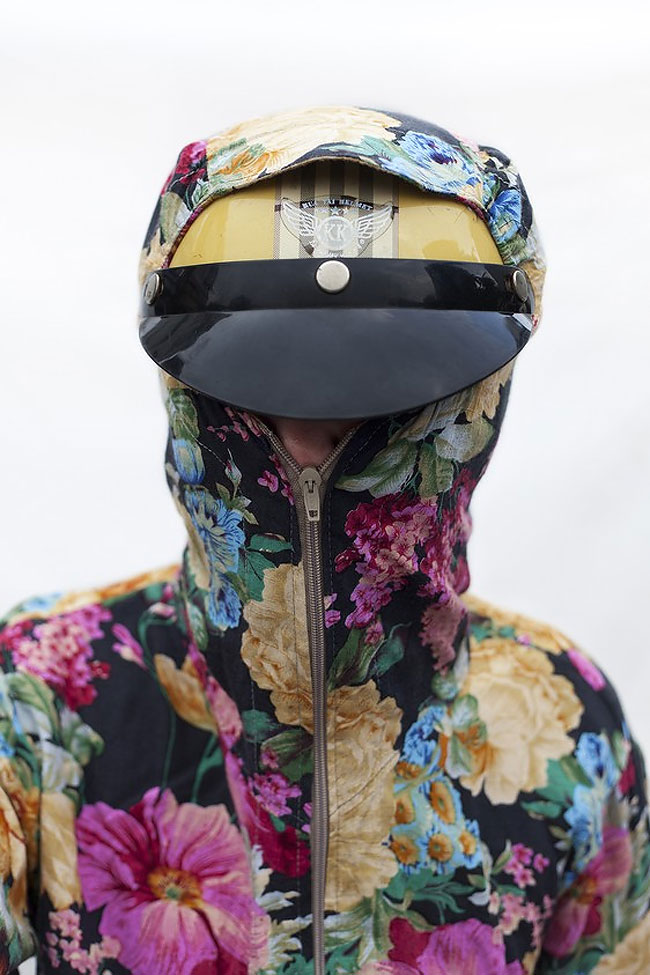 “As part of one of the emerging economies of the Asian southeast, Vietnam is always in constant growth.With almost 86 million inhabitants it is estimated that in middle of 2012 it’ll easily raise 90 million, from which 70% live in rural areas.” 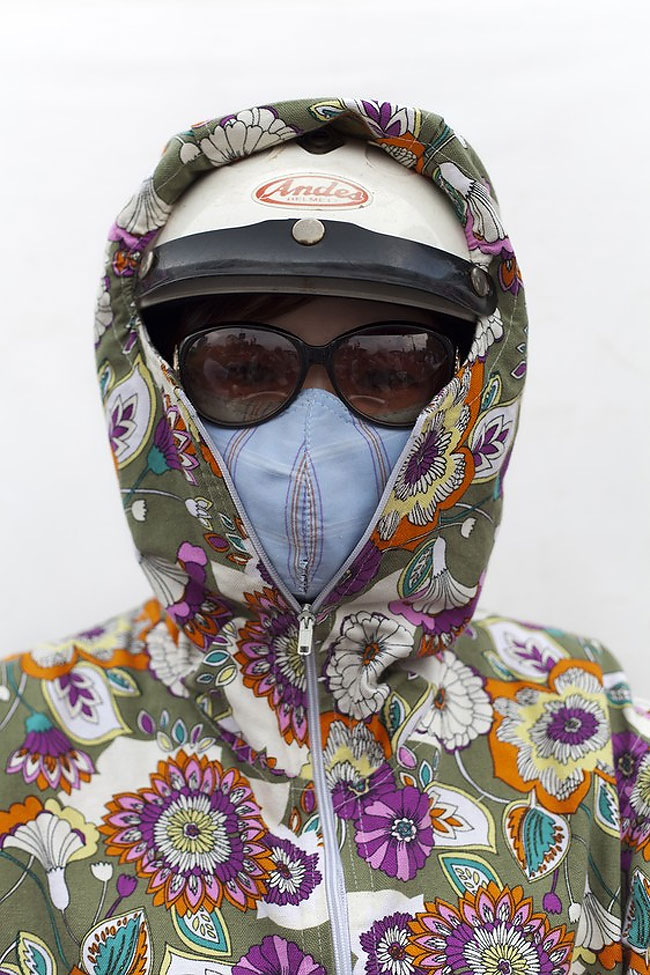 “Hanói, the capital and second most inhabited city of the country, has 6.4 mi-llion citizens and is always found in constant expansion. Each day in the rush hour millions of motorcycles move from one place to another. Although there is no precise data on the matter, the local citizens affirm that it’s easily 5 million motorcycles.” 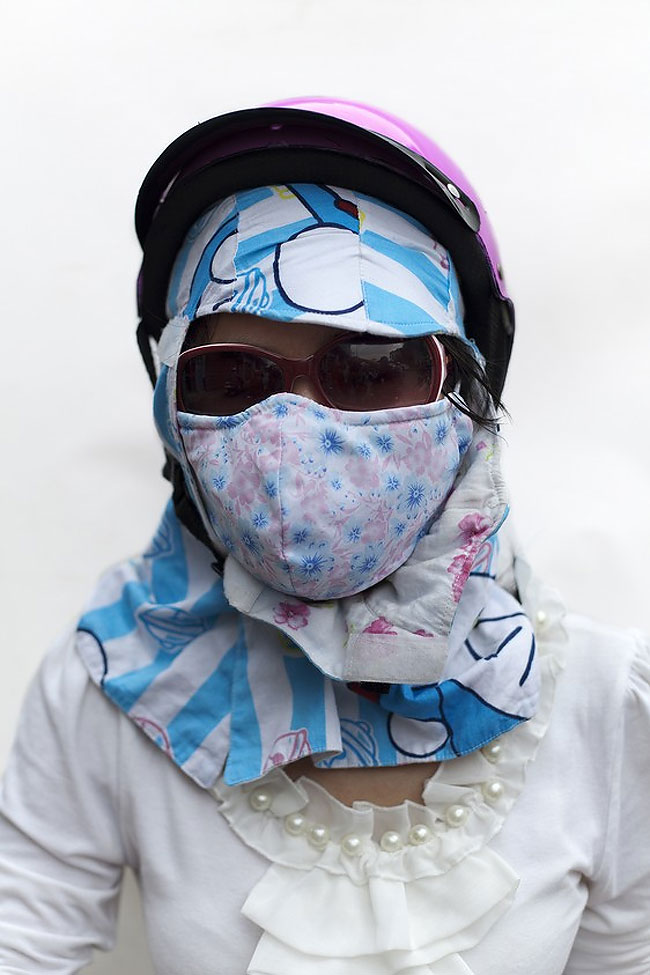 “One of the most spectacular images is to see the passing of thousands of mo-torcycles through the bridge of Long Well. In this scene, more than the half of the drivers are women, who cover good part of their body with a jacket that in-corporates an extension to cover the head and the hands.” 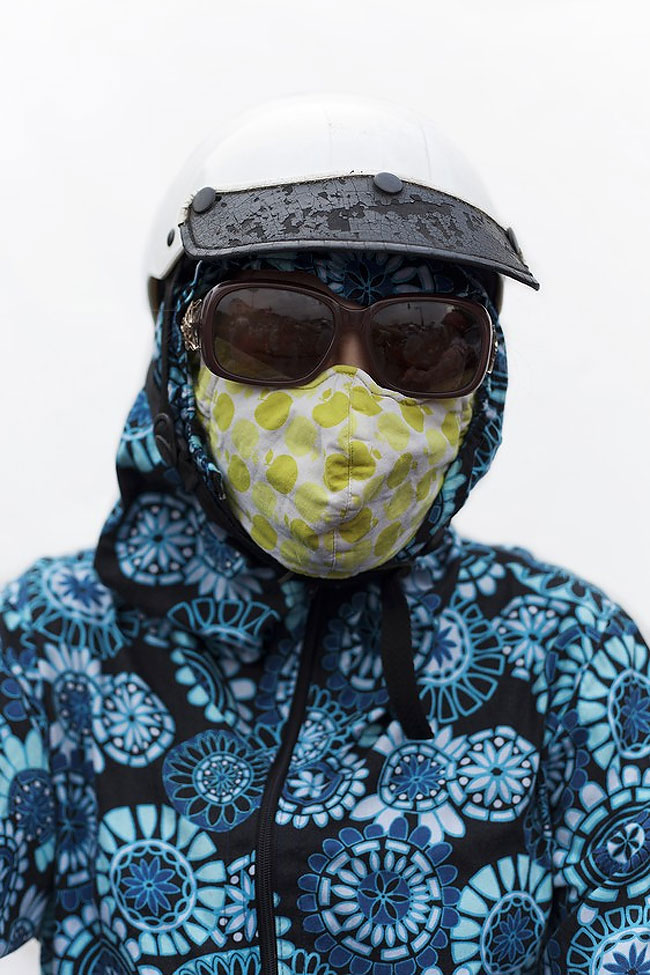 “There are two reasons why the drivers are fully covered: first, abundant pollu-tion,the smoke from the bikes, and second sun protection.” 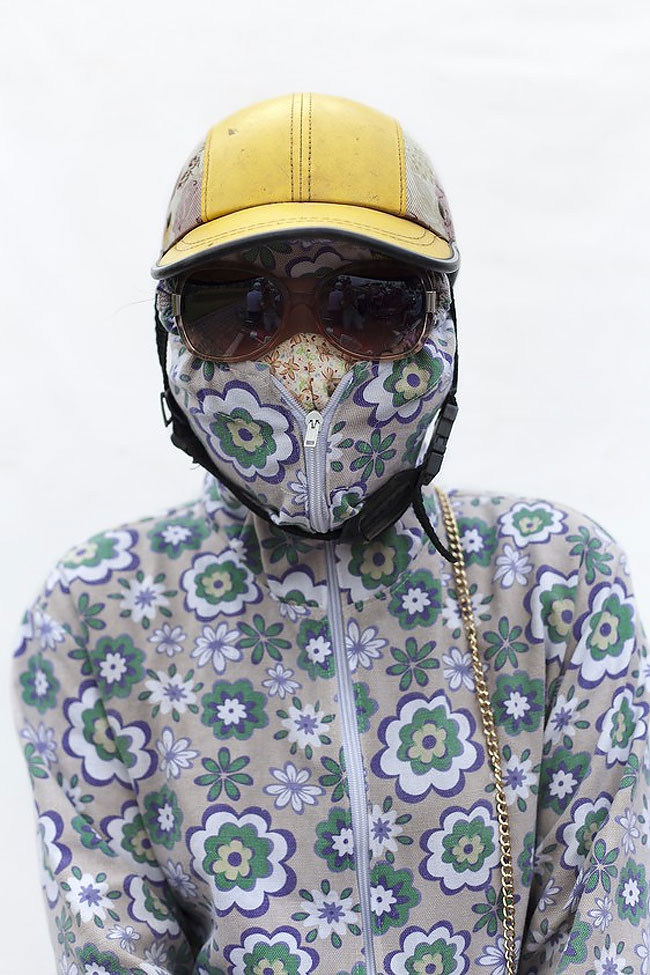 “Why not to be tanned? This is because of the local beauty stereotypes. The Vie-tnamese woman has by nature tanned skin and slanted eyes but they seek to be very white.Being white is synonymous of a good economic status, as well as working in a place where there is no sun exposure,contrary to having tanned skin,as well as a job in rural areas or spend several hours outdoors.This is why Vietnamese have created all sorts of gadgets for sun protection, including skin bleaching creams.” 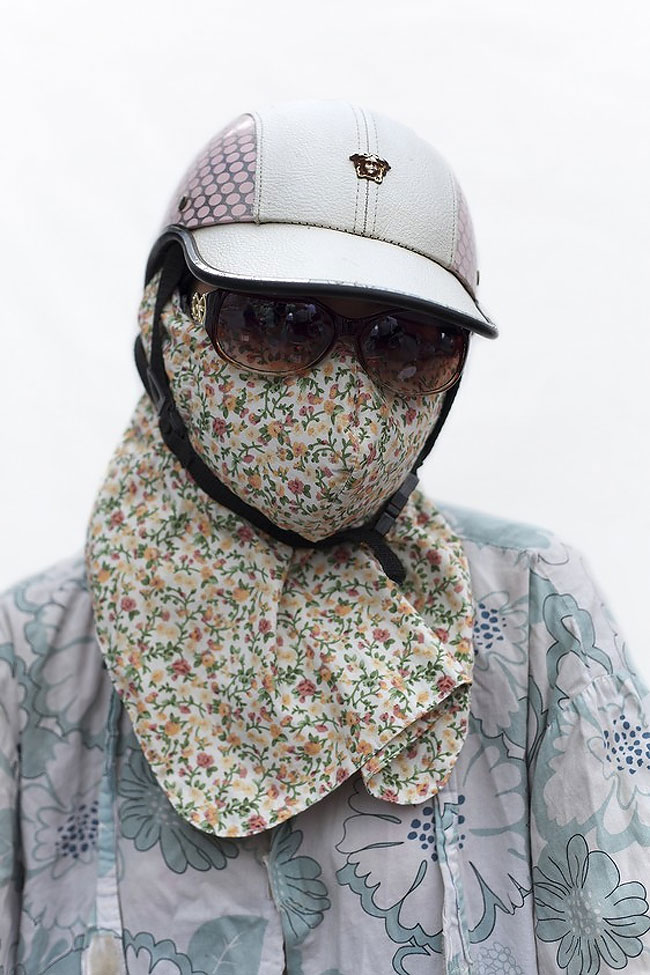 “Underneath this series of portraits, of apparent simplicity and banality, lies a complex social reality: the pressure that women have to follow the standards of beauty imposed, in-cluding skin color as a sign of status and social position” 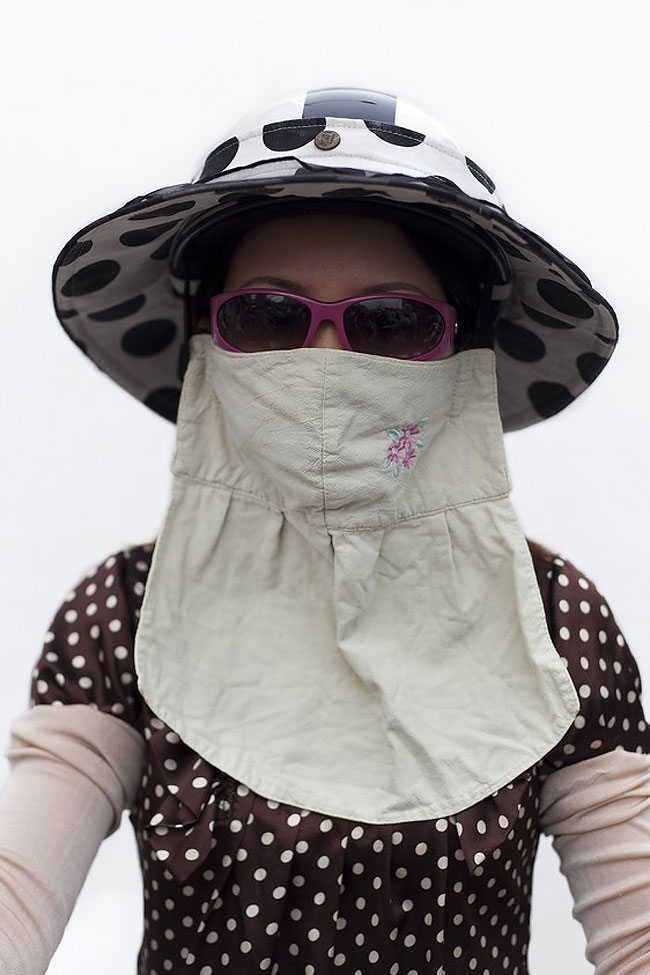 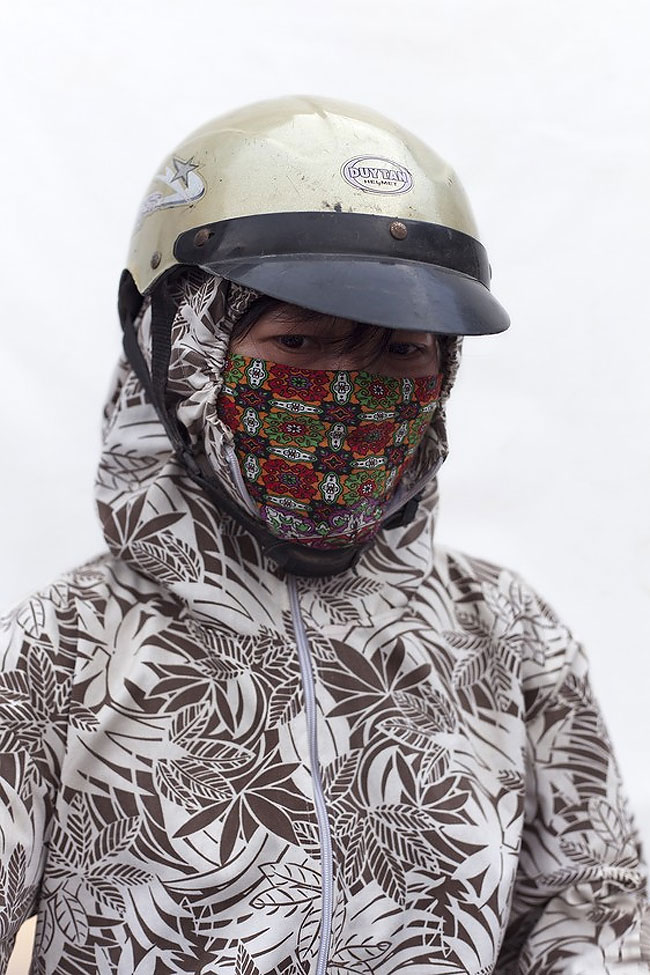 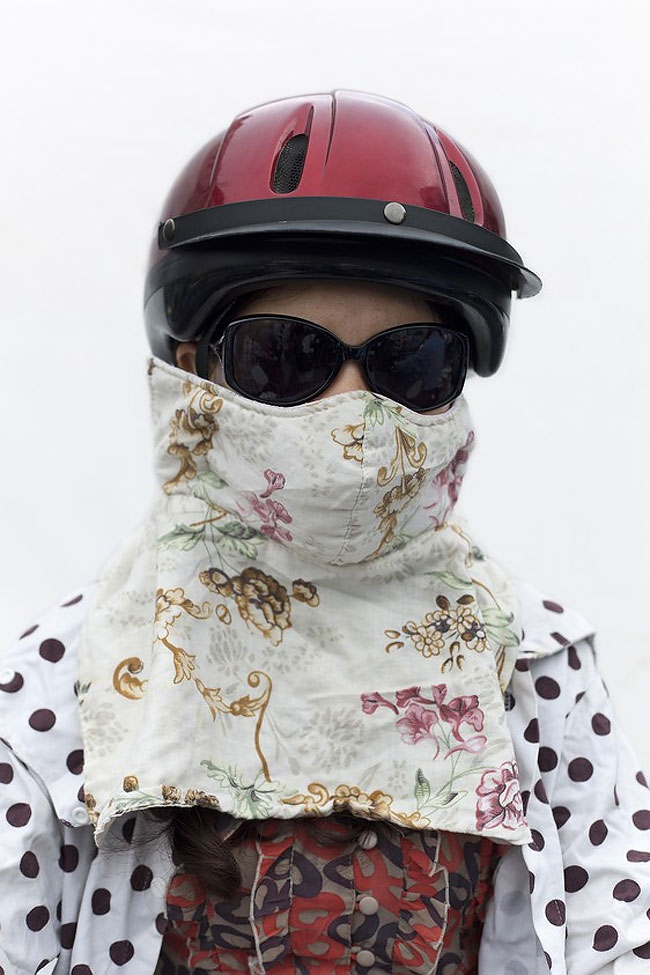 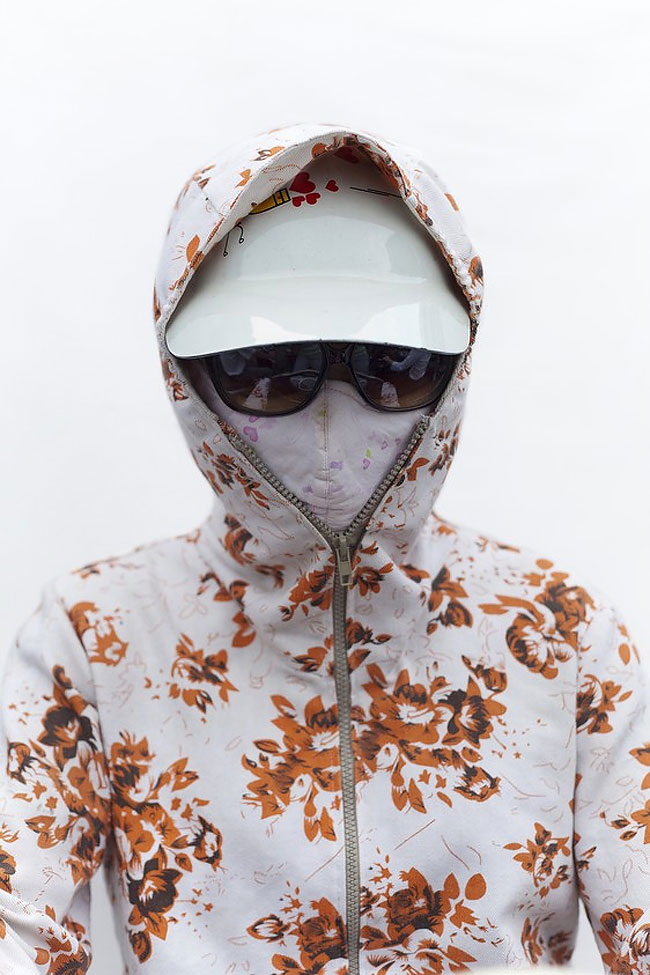 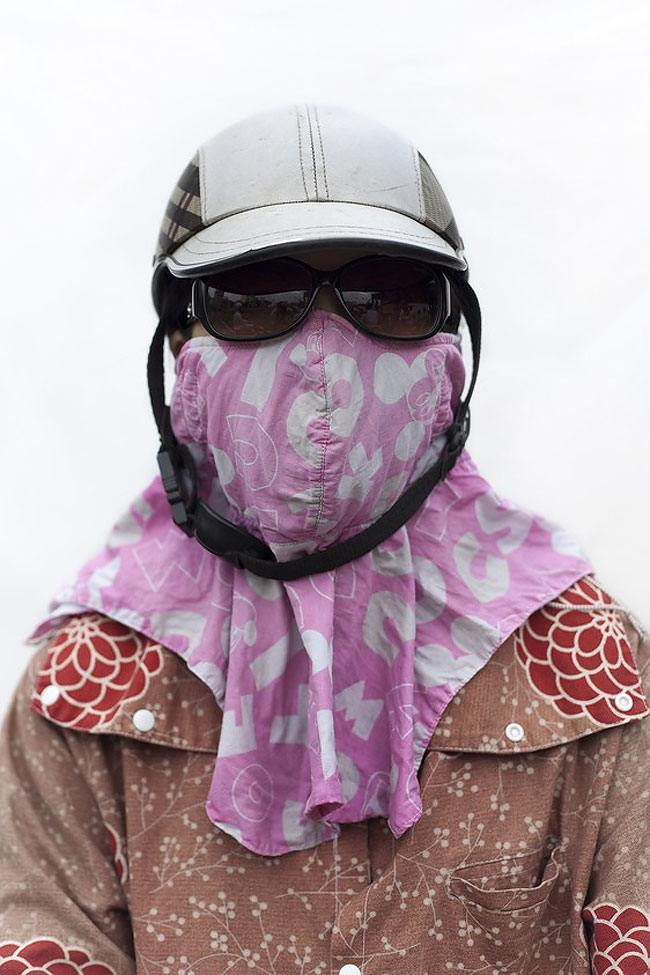 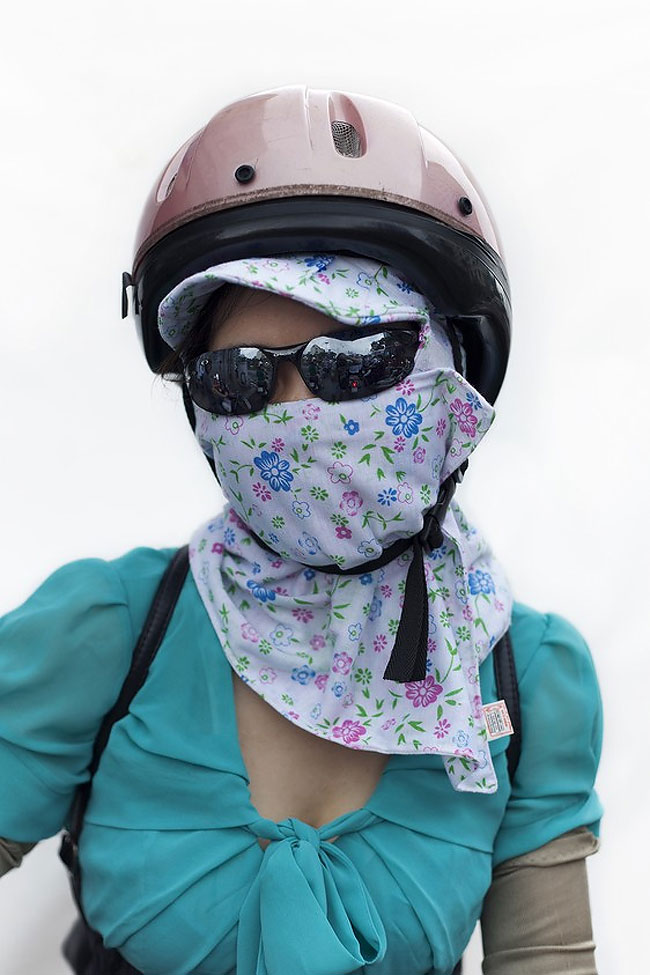 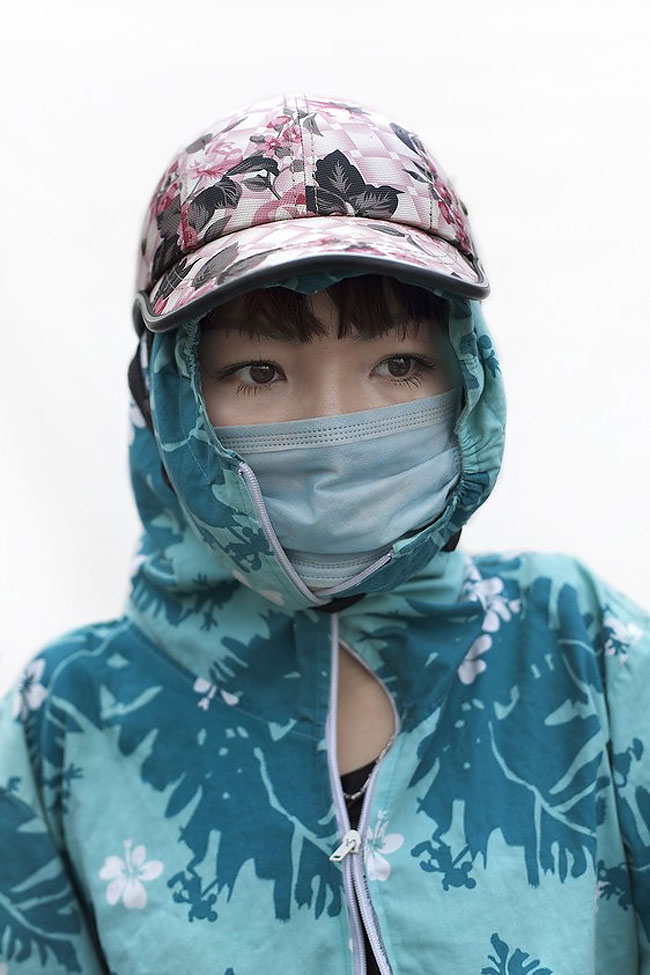 Defense Attorney Haunts Tennessee Courtroom
44 Amazing Photographs That Captured Daily Life of New York City in 1983
20 Striking Portraits Which Gaze Right Into Your Soul
Hilarious Photos Of Chinese Grandmother Posing Like A Model
Exclusive Photos of Miss Universe Great Britain 2011
These Old Photos of Kit Harington & Emilia Clarke Kissing Has Driven Every “Game of Thrones” Fan Crazy
Photographer Denis Demkov
The Last Days on Californian Beaches Before Covid-19 in Melancholic Photographs by Marina Weishaupt
Photographer Sandro Casutt Took The Amazing Snaps Of The Andromeda Galaxy
The Winners of The 2020 Bird Photographer of The Year Have Been Announced
Europeans and their Wacky Wedding Photos
These Portraits Show How People Are Just Like Their Pets
Portraits of Swiss “Halbstarken” Girls With Very Big Hair in the 1950s and 1960s
93-Year-Old Grandma & Her Grandson Dress-Up In Ridiculous Outfits, And It’s Brilliant
The Daily Life Of Darth Vader In 365-Day Photo Project
Meet Zach Cooley, A “Moon Chaser” Who Uses Camera Tricks To Make The Moon Look Really Huge
Beautiful Photographs Of The Natural And Urban Landscapes Covered In Fog
Spectacular Winning Photos Of The Nature Conservancy’s Global Photo Contest 2019
Urrban Nightscapes Of Hong Kong In Photographs By Nikolaus Gruenwald
What Dreams May Come: Fascinating Portraits By The Photographer Galiya Zhelnova
This Guy Shows The Secret Side Of Glamorous Instagram Photos
Grimes, Rita Ora & Iggy Pop: The First Look On The Pirelli’s 2022 'On The Road' Calendar
Explore Neon-Lit, Cyberpunk Moscow Suburbs With This Bladerunner-Inspired Photographer
Daredevil Japanese Photographer Explores Urban Landscapes From A New Perspective
Watermelon
Vintage Photos Proving That The Beauty Of People From Previous Generations Is A Unique Thing
A Former Janitor Collects And Photographs The Items Seized From Immigrants And Thrown Away By U.S. Customs And Border Patrol
Vampire Woman, Who Prefers to be Called Jaguar Woman, Got Her First Tattoo at 14
Photographer Sara Naomi Lewkowicz Captured Playboy's Retired Models
Natural Beauty Photo Series Challenges Restricting Female Body Hair Standards
christian, motobaik, rodriguez