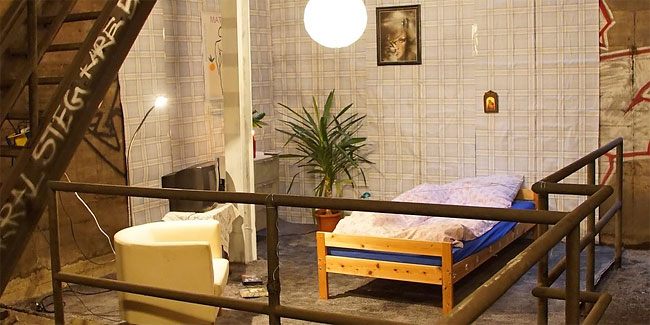 Employees of the Berlin subway discovered a fully furnished apartment in one of the abandoned subway tunnels, according to Berliner Kurier. The walls were complete with wallpaper and decorated with paintings. The apartment had a bed, television, chair, dresser and even a palm tree. Power was supplied by a cable network that provides electricity to a nearby metro station. 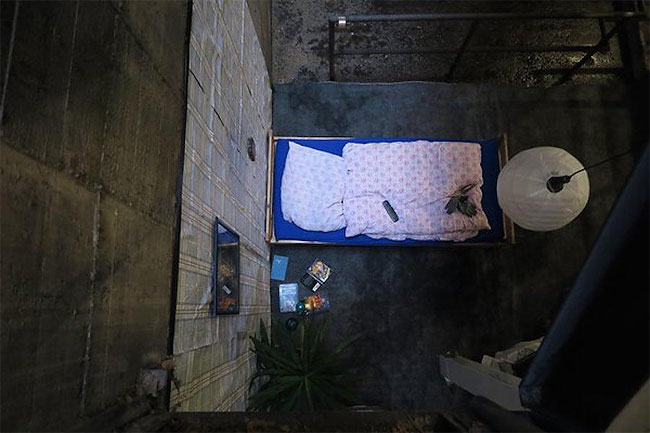 Subway workers discovered the apartment while conducting regular technical check-ups in the tunnels. First, they decided that the room was specially decorated for a film, but this version has not been confirmed. 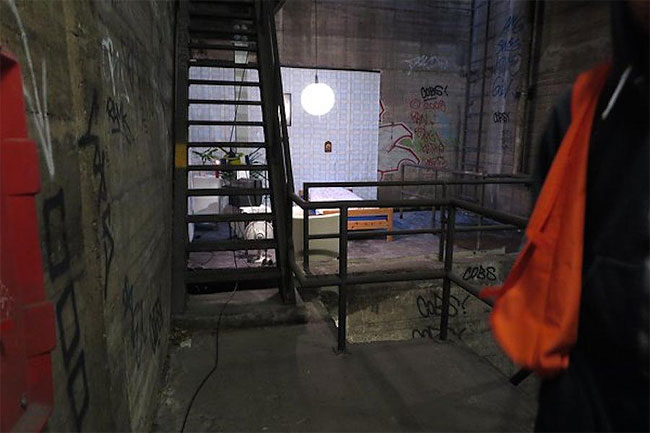 According to Berliner Kurier, the unidentified person published an ad on Airbnb’s website offering the apartment up for rent. The whole set-up was removed from the tunnels three days after the discovery.

After Going Through A Rough Year With Cancer, This Woman Takes Back Her Life By Doing This
People In Berlin Came Up With A Creative Way To Fight Swastikas
Giant Crystal Cave in Naica, Mexico
5,300-year-old Pottery Statue Found in North China
The Oddest Subway Station In China
Antarctica Mysteries Photo Essay
Earth, Then And Now: Dramatic Changes In Our Planet Revealed By Incredible NASA Images
Cold Winter on Mount Washington
Photographer Spends Three Years Travelling The World To Capture Stunning Landscape Images At Sunrise And Sunset
Moscow vs New York: Visual Comparison Of Two Big Cities 45 Years Ago
"Enfarinats" Festival – The Battle With Flour And Eggs In Spain
The Tiny Island Housing London's Last 'Coronavirus-Free' Community
A Giant City Map of Berlin Artwork
This 25-Year-Old Puddle Has Its Own Instagram Account
Aerosutra: How People Survive On Long-Haul Flights While Trying To Sleep
Virtual Traveller Used Google Street View To Explore Poland During Quarantine, Here’s What She Found
This Daredevil Diver Discovered A New River... Under Water
Impressive and Tiny Villa on Dunbar Rock Opens in Honduras
Huge Bikini Snow Show As Russians Mark The End Of The Skiing Season
This Public Toilet At The Central Bus Station In Russian Voronezh Is So Romantic They Lit Candels In It
Benetton Uses Ethnicity Data To Create Computer-Generated 'Models' From Different Cities
Please Don’t Step On The Fish! Vietnam’s Unique Flooded Cafe
Man Takes the World’s Most Impressive Selfie. You Gotta See How Far He Climbed.
Girl Shares Pics Of Street Food From Around The World On Her Instagram Account
apartment, berlin, found, furnished, mystery, ready

This Japanese Train Station Built Around A 700 Year Old Tree
At the Edge of the World: A Look at Life in Greenland
Yup, We've Found The Most Terrifying Church In The World
“Days of Night – Nights of Day”: Photographer's Vision Of The Northernmost City In The World
Backpacked: Explore New Zealand Through The Lens Of A Belgian Photographer
These Architects Wanted To Work Outside, So They Made A Mobile Office In A Caravan
Photographer Matthew Christopher Captures This Abandoned Theater Act As A Time Capsule Of A Location That Was Once Rocked By The Stars
Bublik – Circular Apartment Building In Moscow Is The Pinnacle Of Brutalism
Agoraphobic Artist Travels The World Without Leaving Her House
Adventurers Relax in Hammocks Hanging Hundreds of Feet Above Ground
Source of inspiration since 2007. Proudly hosted by WebHostingBuzz.
Privacy Policy · Terms of Service · Content Removal Policy 🇺🇦 ❤️