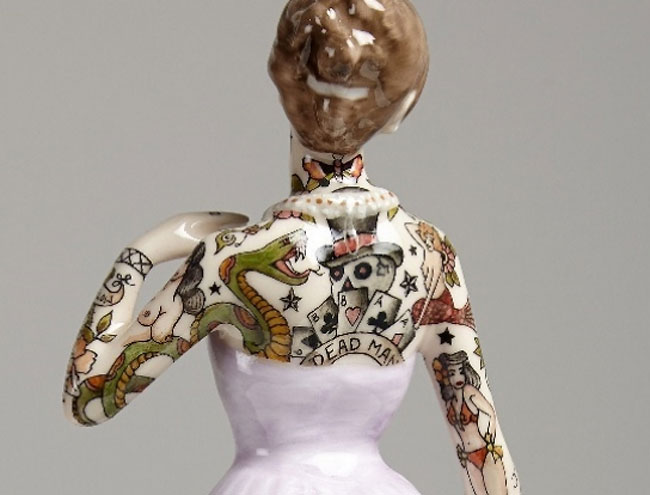 Ceramic figurines are like little reflections of ourselves. Historically modeled after royalty, famous actors, and unusual characters from every day life, they can show us who we are and where we come from. Scotland based artist Jessica Harrison sees figurines in much the same way, but beauty is only skin deep. 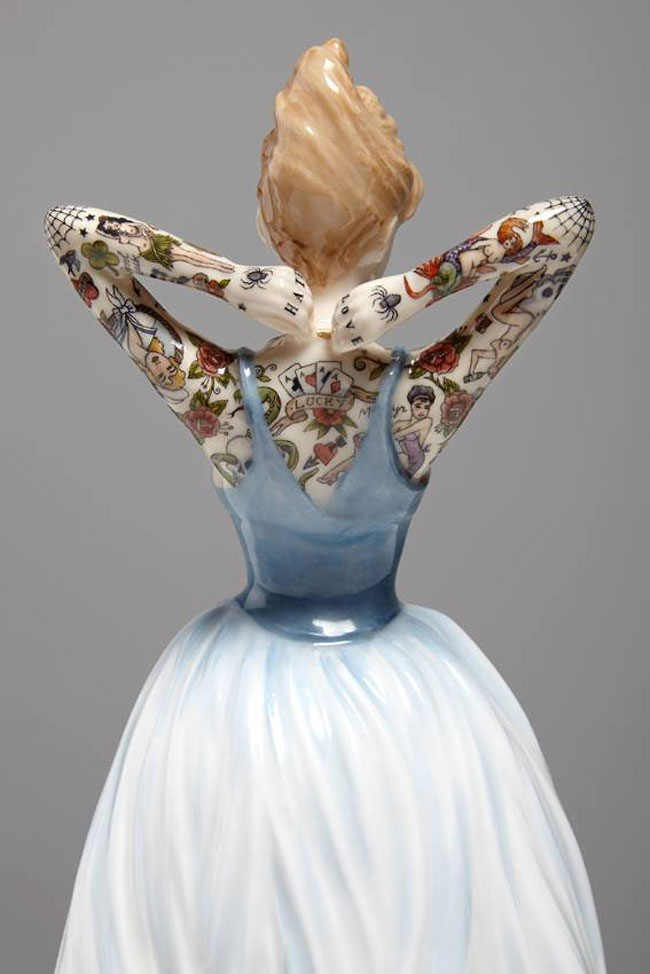 She turns those reflections inside out to reveal her subjects’ personality and complexities underneath. 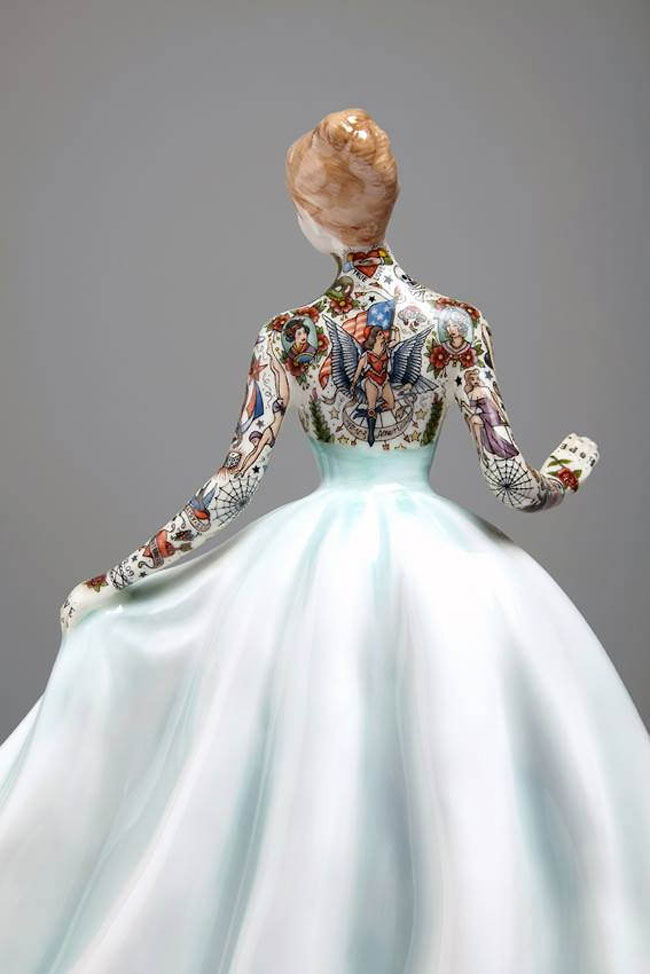 Some feature refined young women, or “Painted Ladies” decorated head-to-toe in tattoos, others appear to have been violently mutilated and bloody. 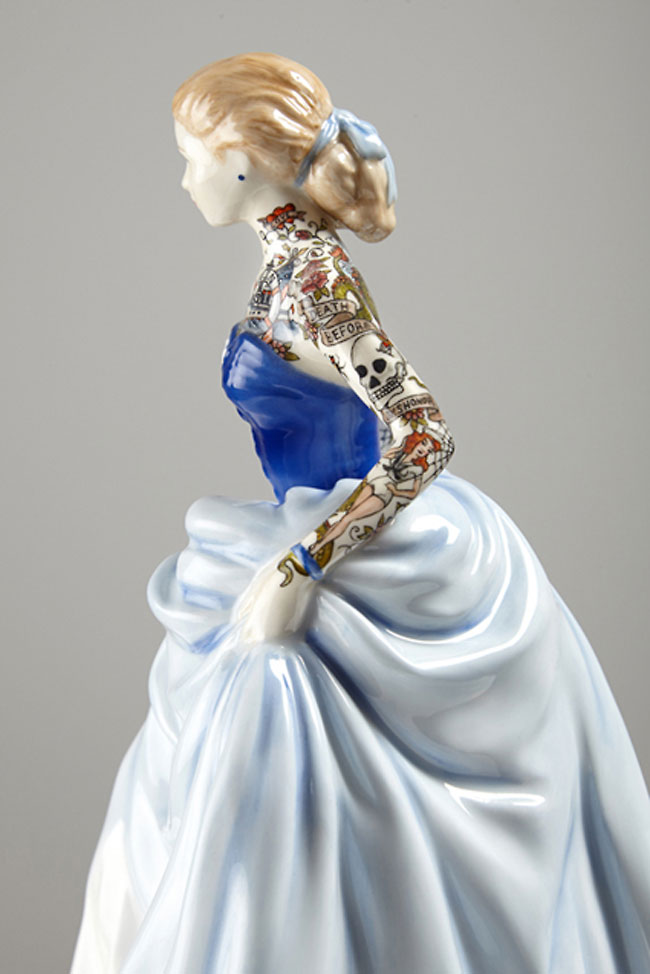 Her ladies explore the deformity of the body through body modification and costume. For her 2014 series “Broken”, Harrison featured ready-made, found ceramics that were modified and “broken”. 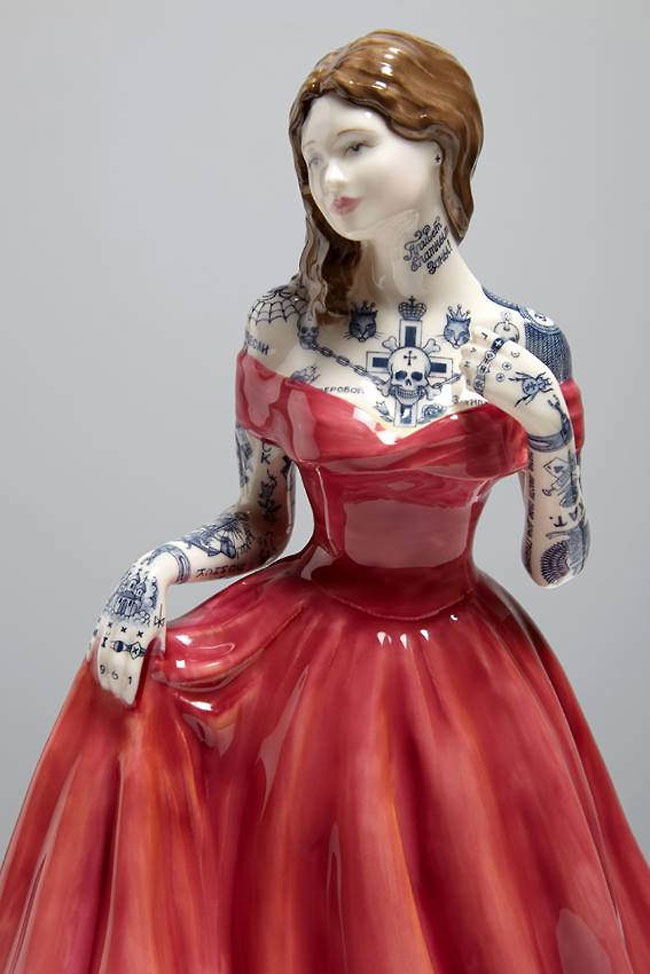 Where the figures were once solid and brittle, by Harrison’s treatment they became instantly fragile, exposed and fleshy. It’s an ongoing investigation into the relationship between the physical and what we cannot see inside of us. 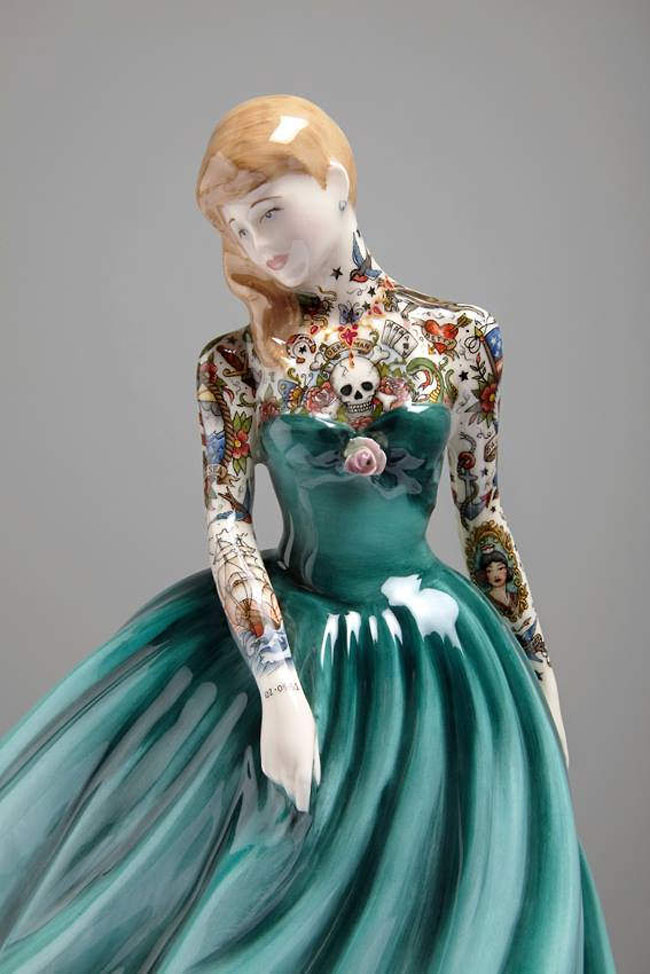 She will exhibit next in “Ceramix”, a group exhibition about the use of ceramics by artists of the 20th and 21st century, opening October 16th at Bonnefantenmuseum, Netherlands. 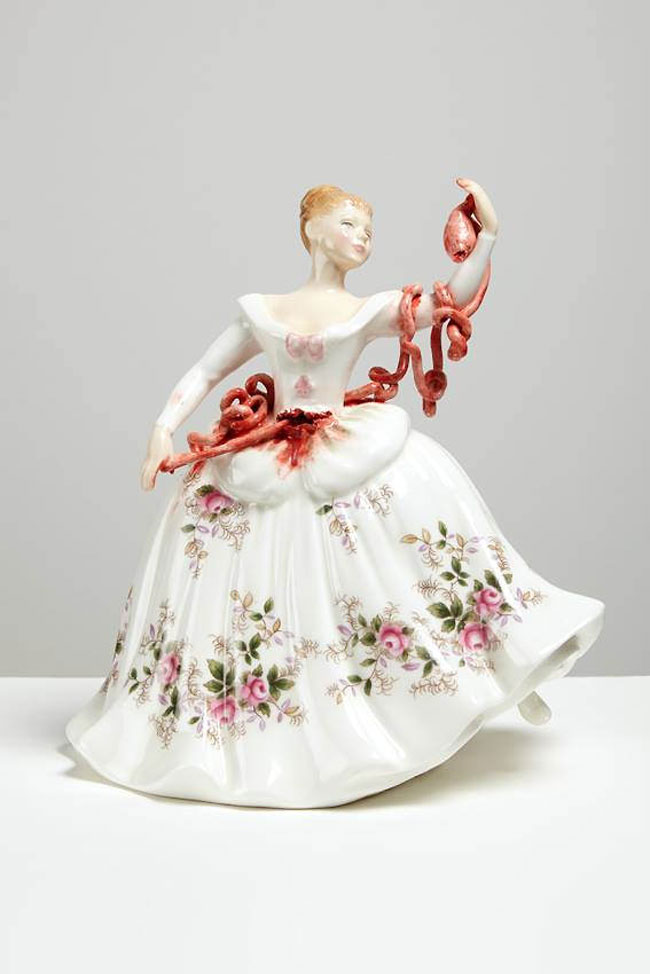 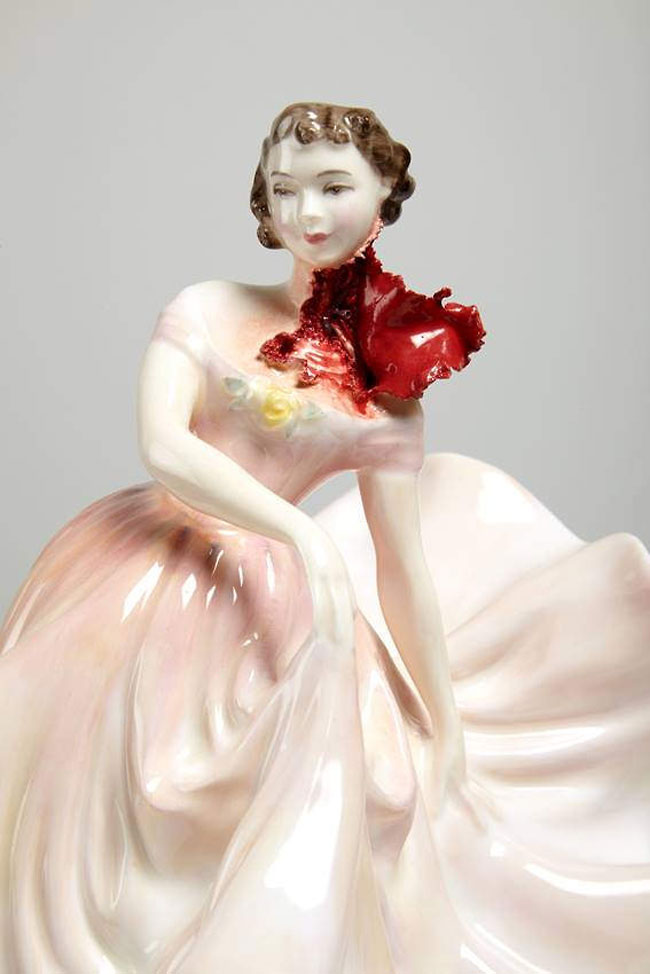 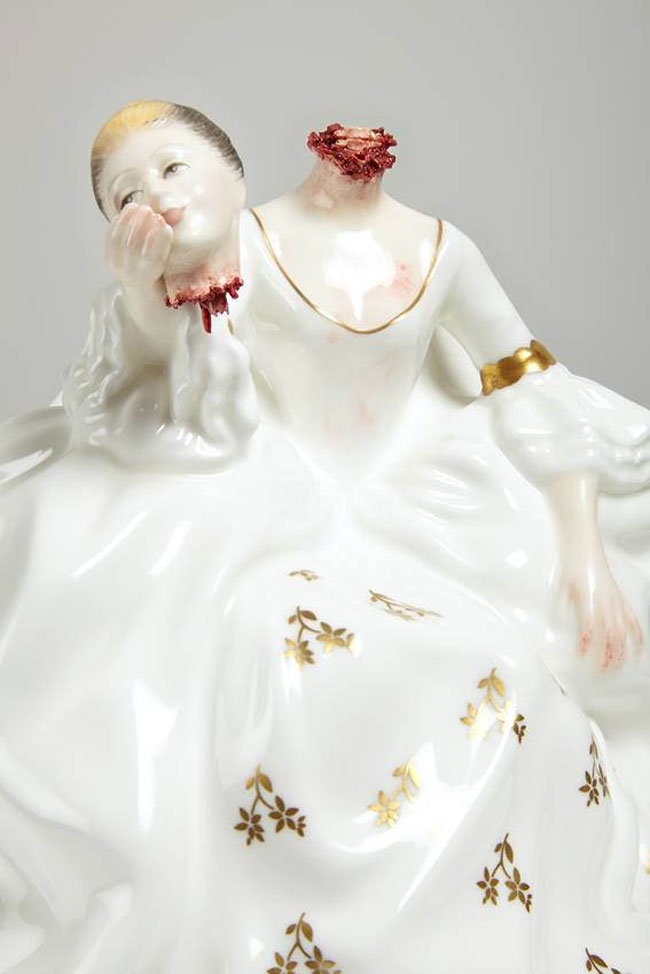 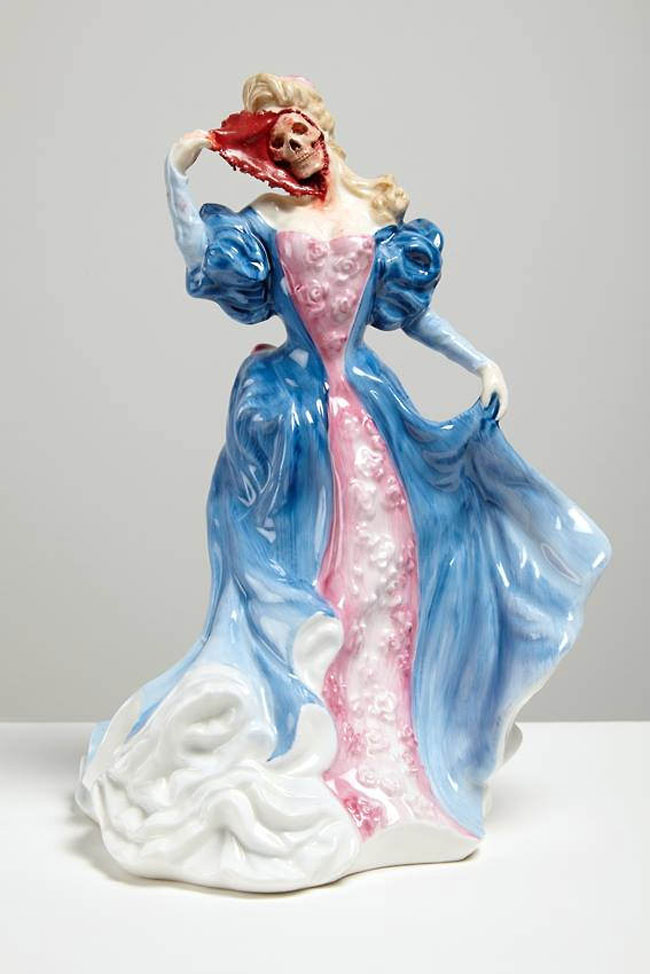 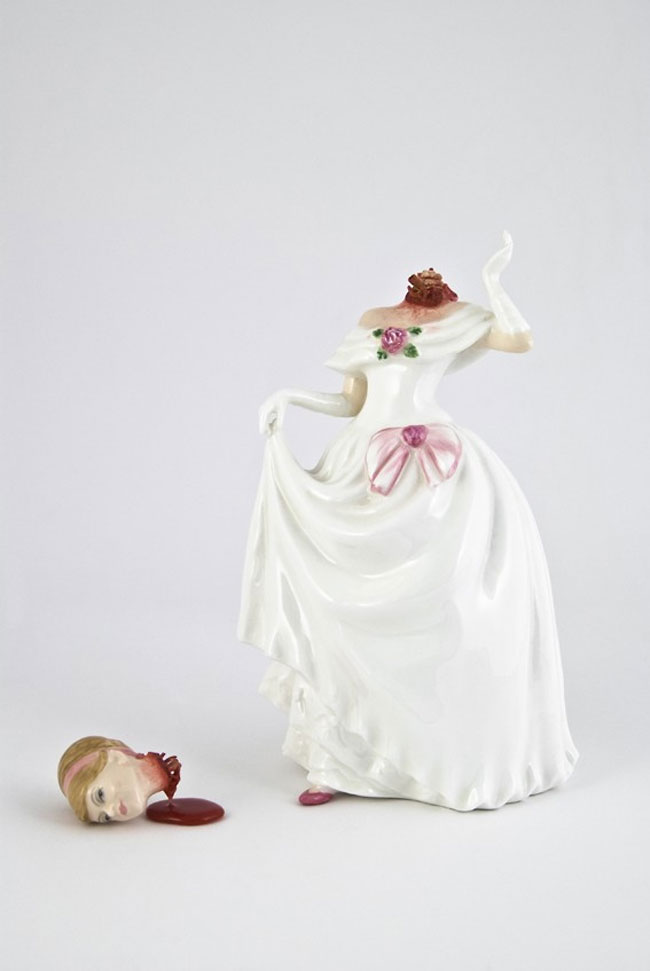 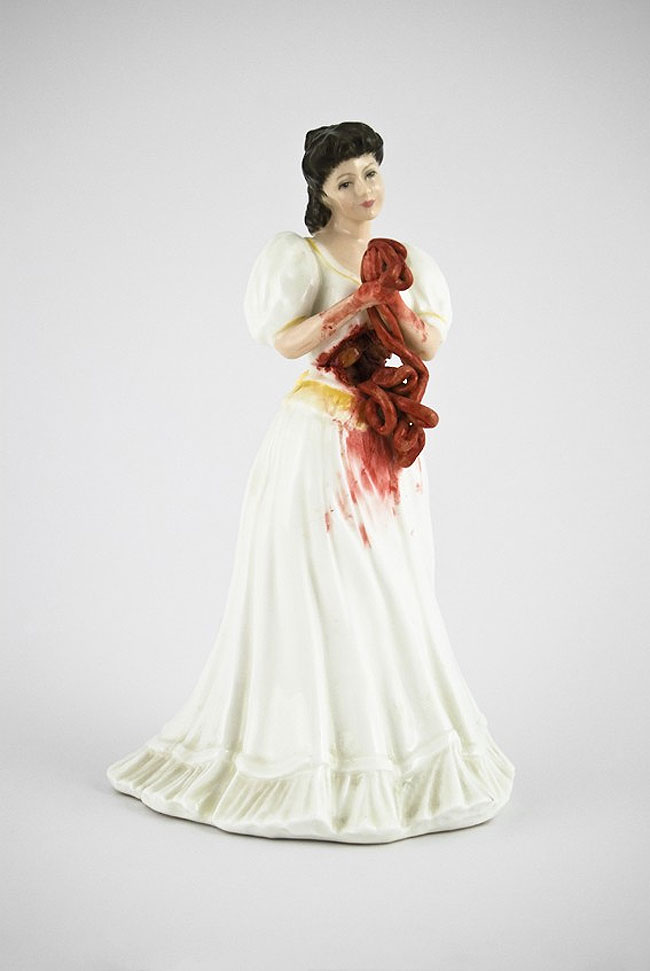 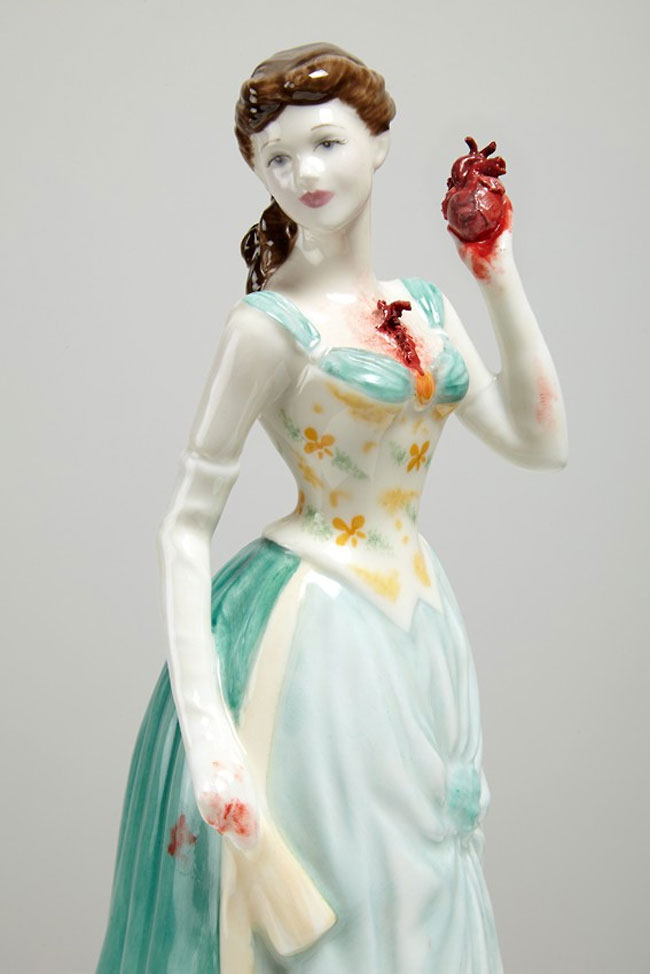 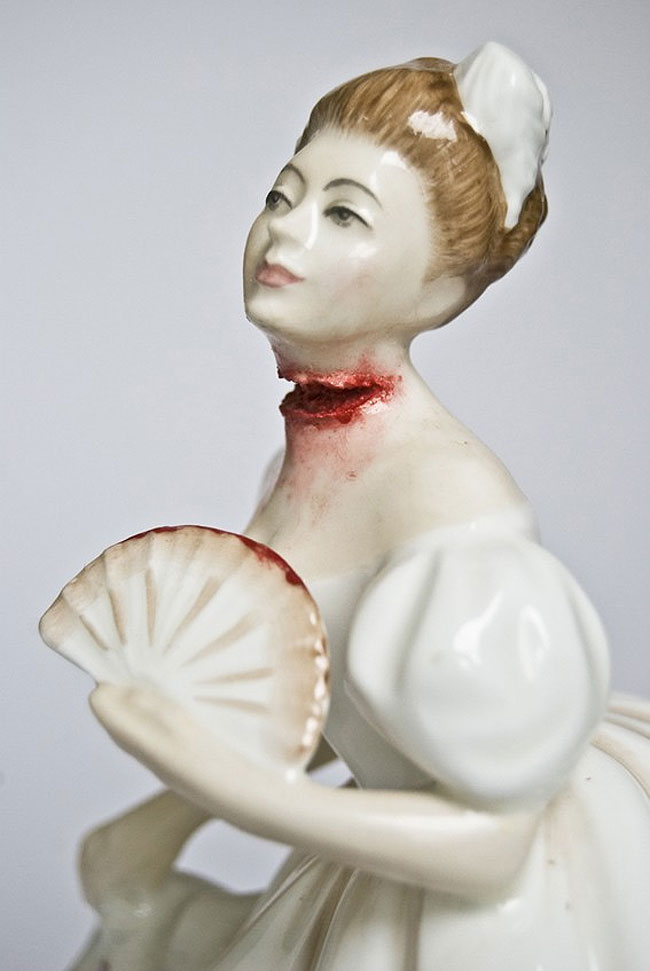