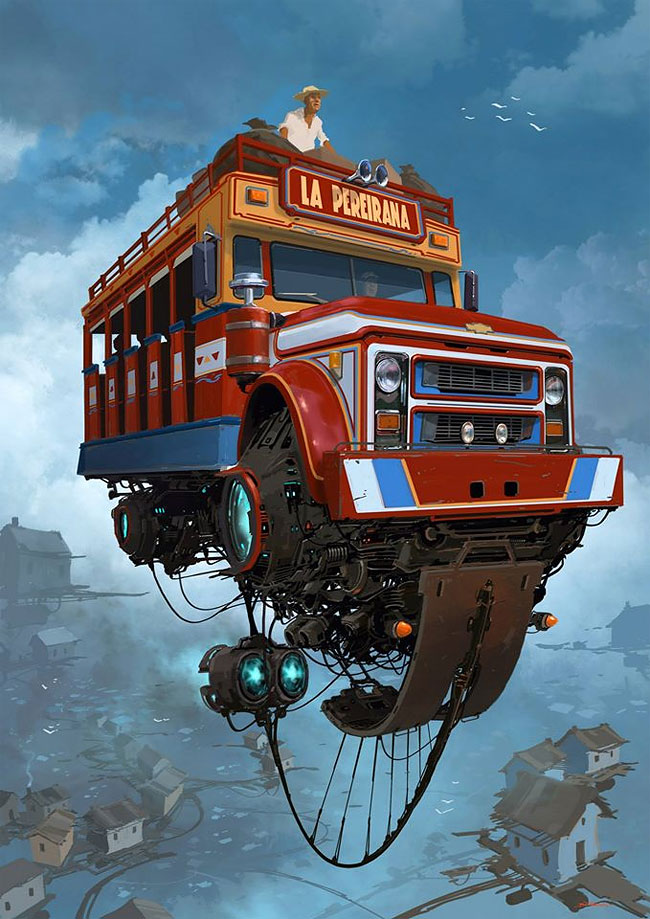 Have you ever been in total awe of somebody’s artistic skills, Somebody who has more talent in one finger than you do in your entire body? We’re getting that feeling right now, after checking out the work of Alejandro Burdisio. He’s a multi-talented illustrator, cartoonist, and painter. That’s not enough to get you noticed by autoevolution. However, his creations in the so-called “Universe Scrap” are just amazing. 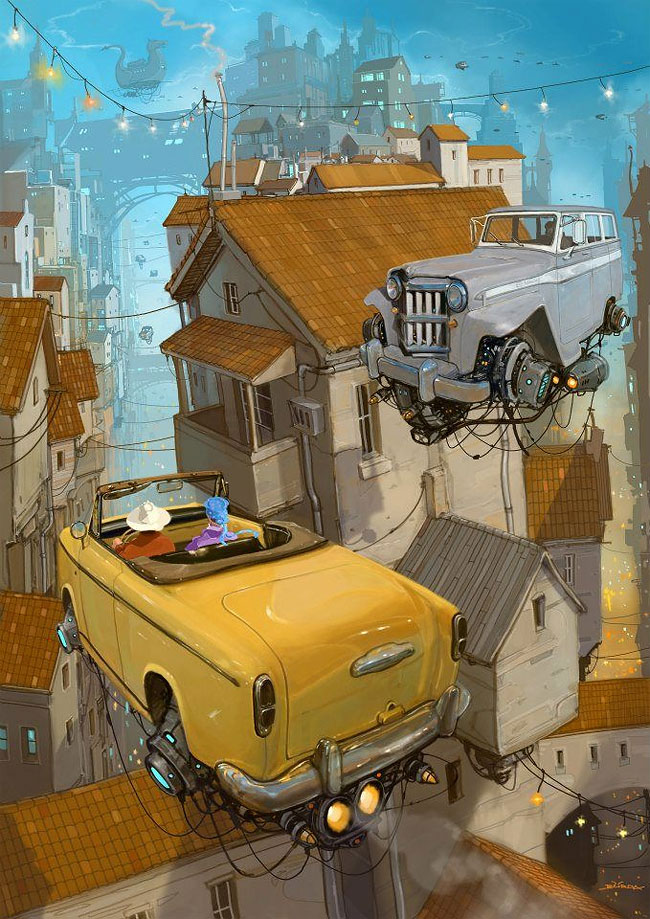 We won’t pretend to understand everything he is doing, but the gist of it is that he paint classic cars without wheels that float in the sky. They remind us of the floating automobile that Howard Stark shows in the first Captain America movie, just before Steve Rogers joins the superhuman program. 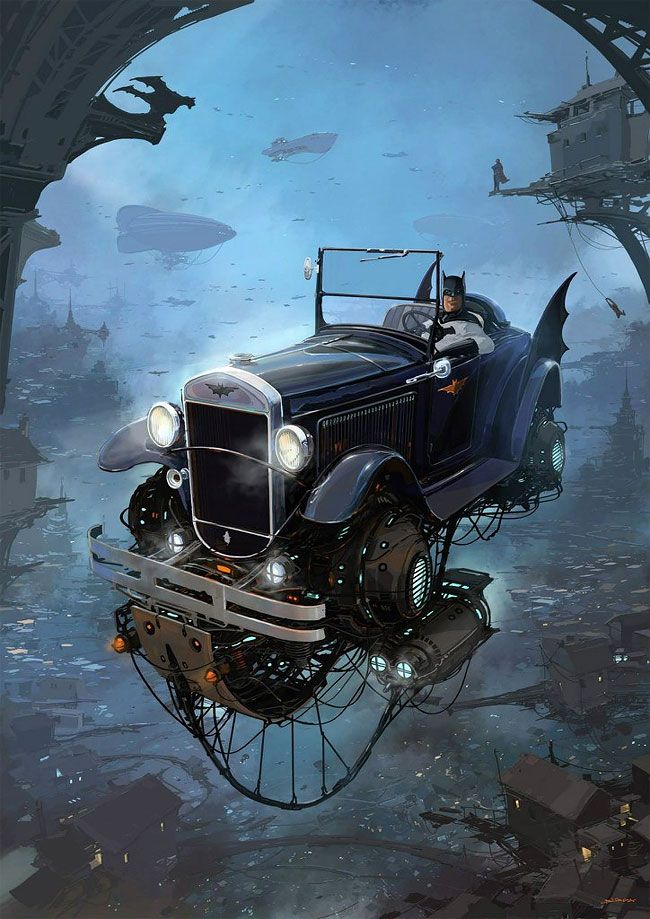 The types of cars Alejandro picks is varied: old busses, the VW Bus, Asian rickshaws, pickups, the Fiat 500, Citroen 2CV and so much more. There are some influences from his native country, such as a colorful old Chevy bus that has a colonial sort of look to it. 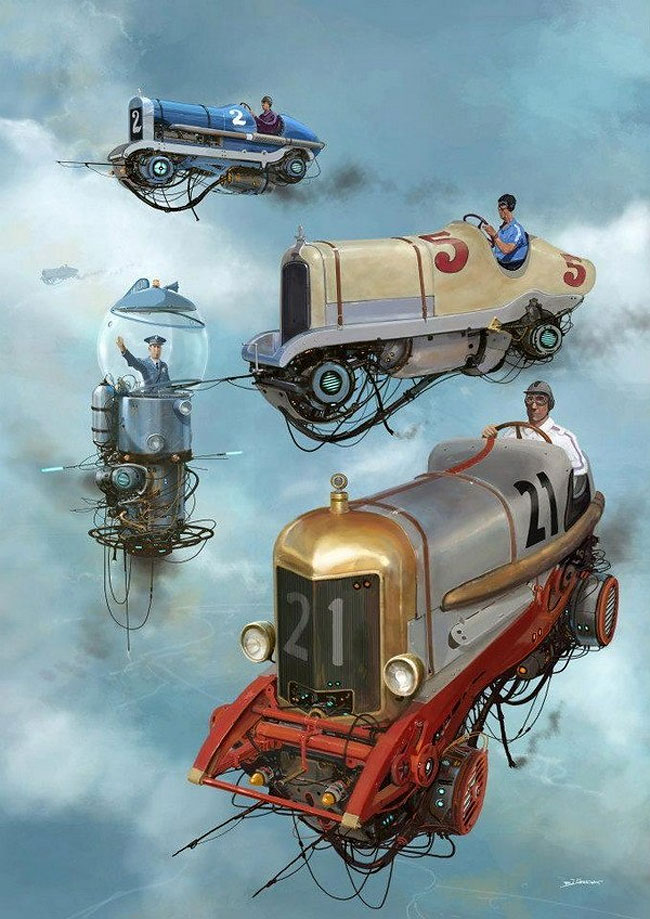 Why do the cars flat? Because the whole world is up in the air. The Argentinean artist depicts whole neighborhoods suspended between the clouds. Even the garbage or ice cream trucks have to fly, as do the agricultural tractors. 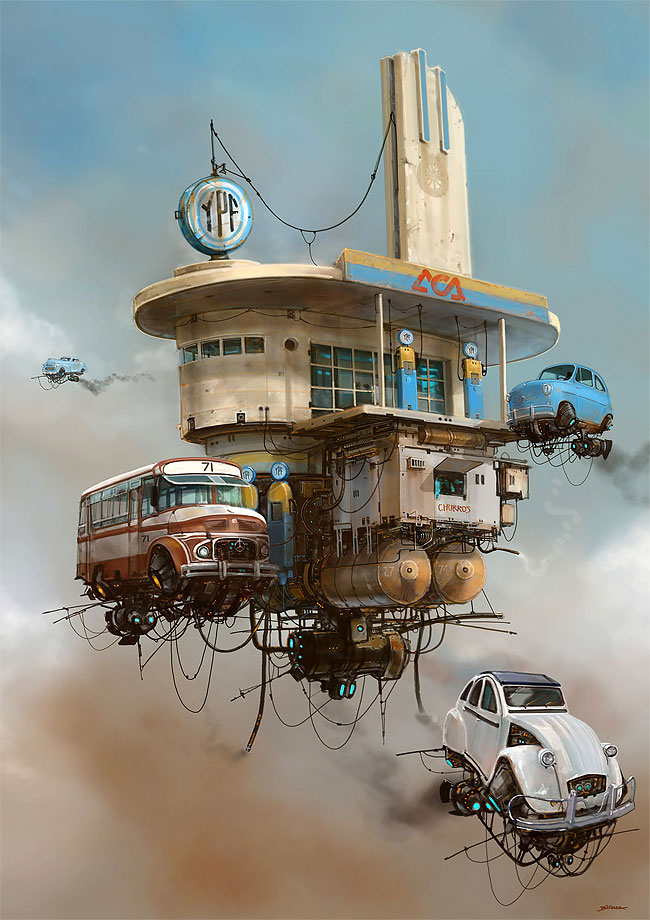 As we said, we won’t pretend to understand art, but we have noticed some differences between the pieces he does. The images he was uploading to Facebook in 2011 were more like comics and illustrations. But after that, his work started looking like digital paintings. 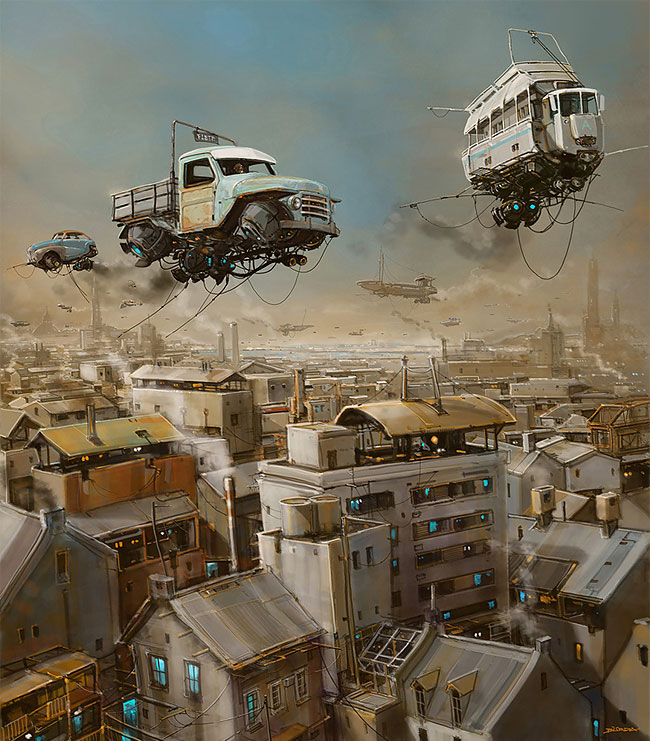 The very first “Universe Rust” creations have a sort of pastel colored poster look from the 50s and 60s. They look good, but they’re flat, while his latest works are futuristic and dynamic. He’s playing a lot more with the perspective lines and planning his creations like architects do their drawings, with geometric precision. 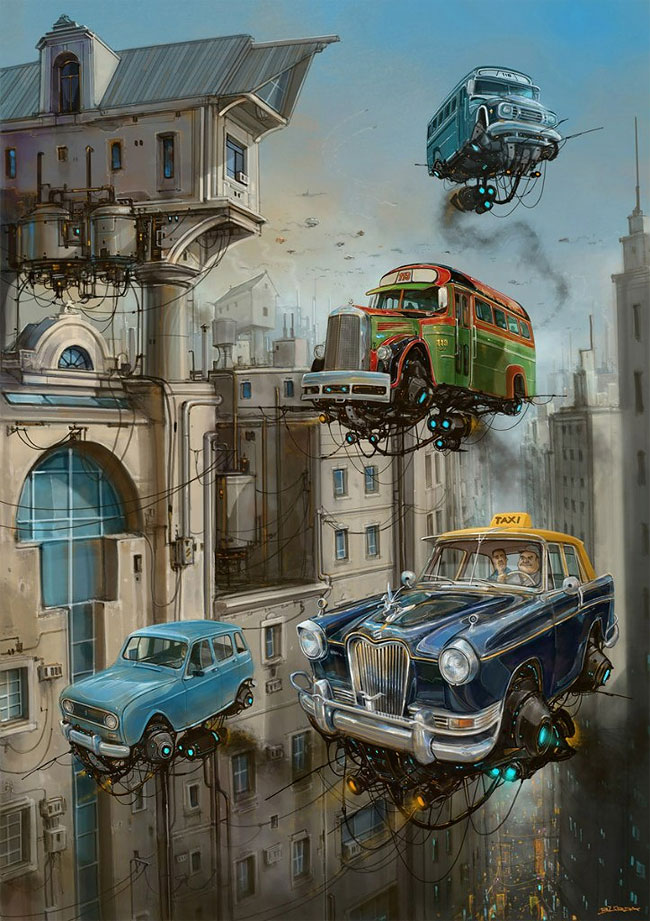 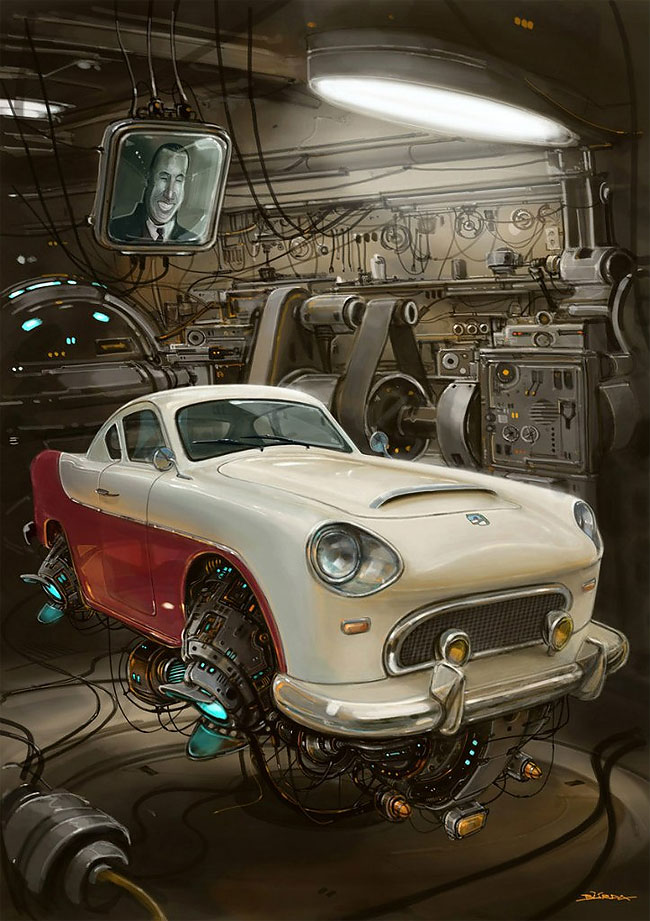 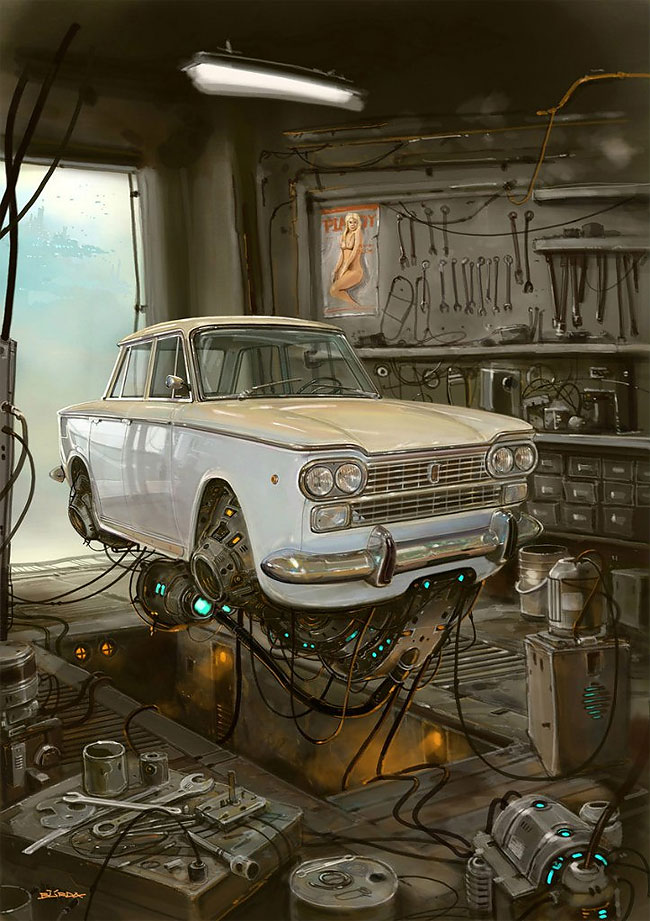 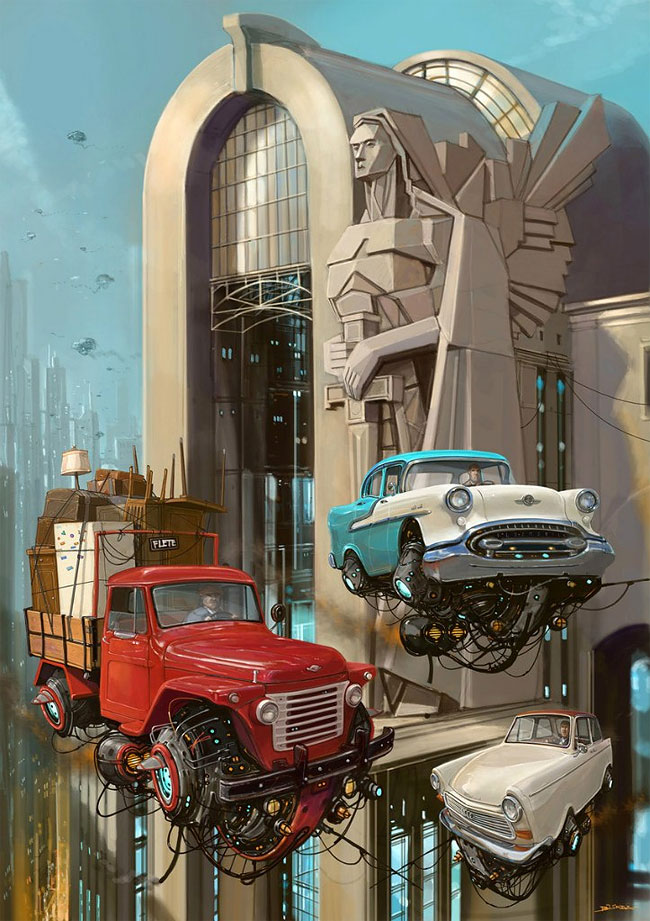 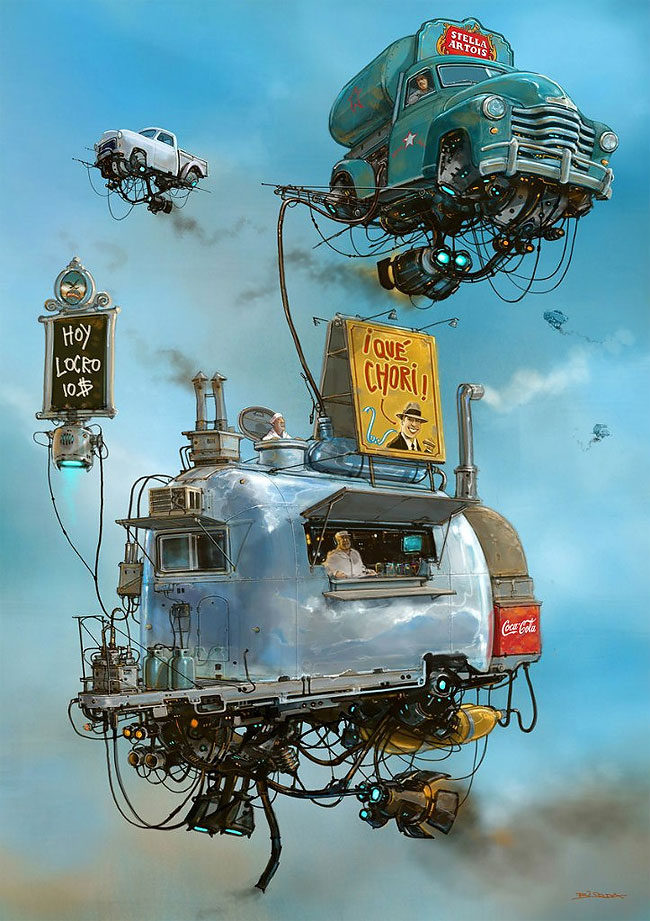 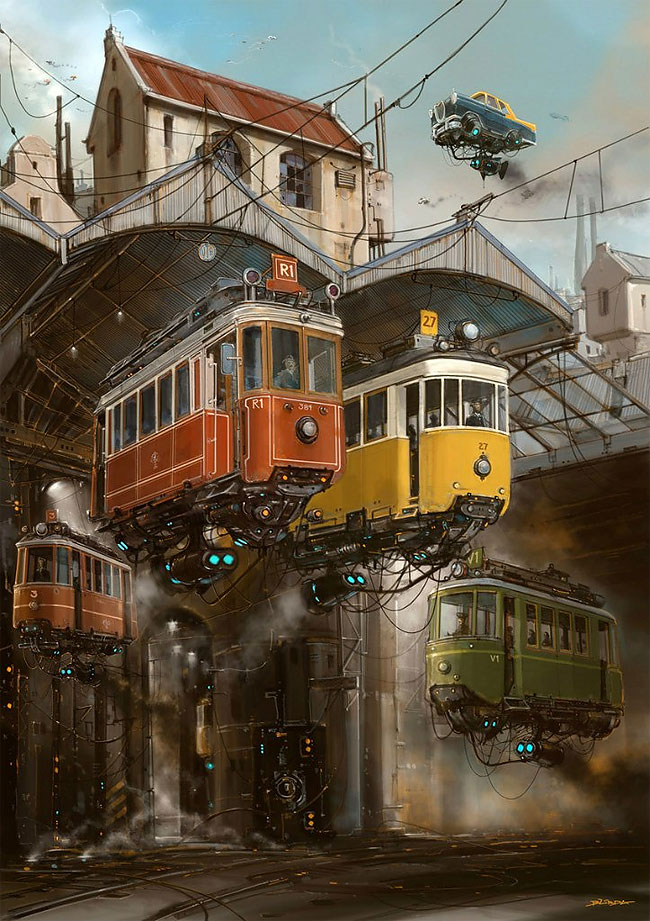 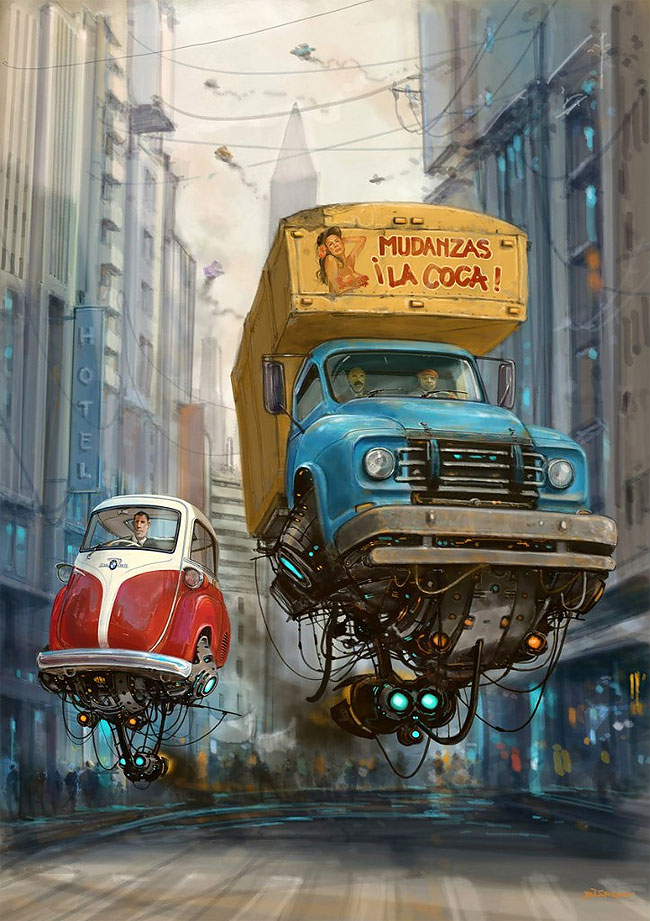 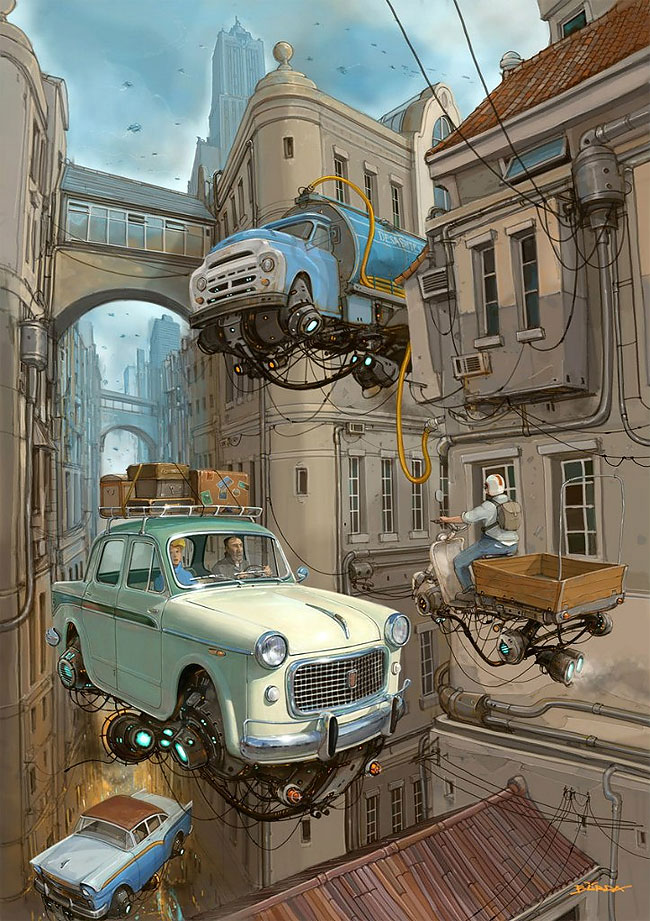 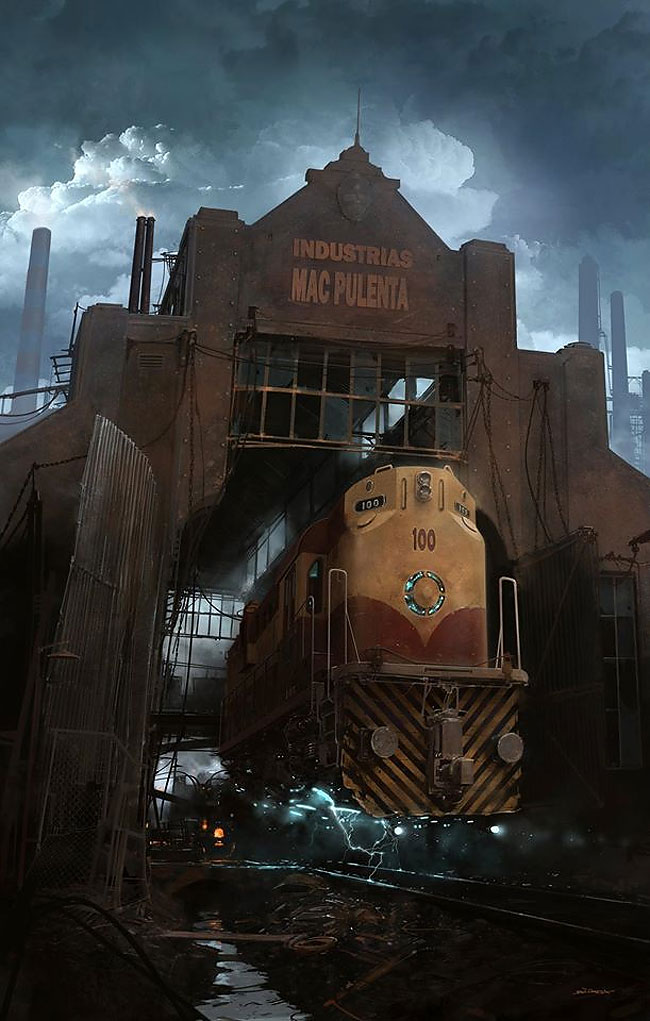 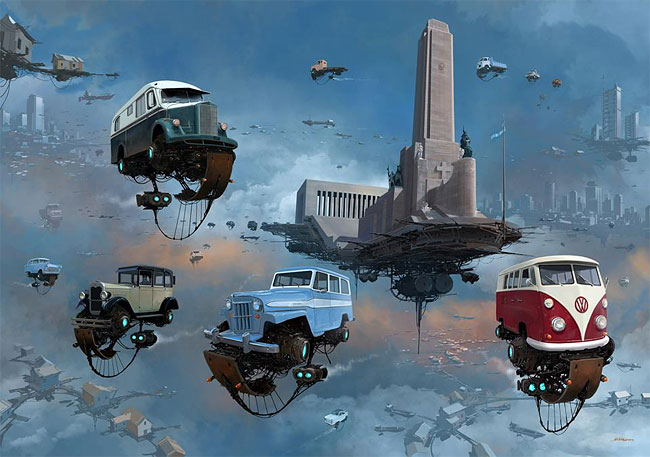 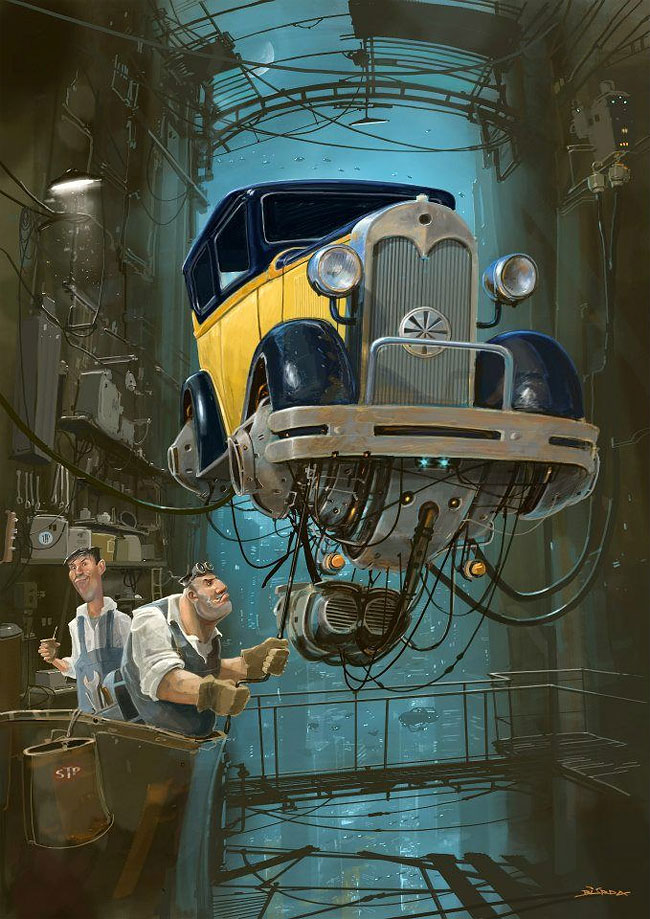 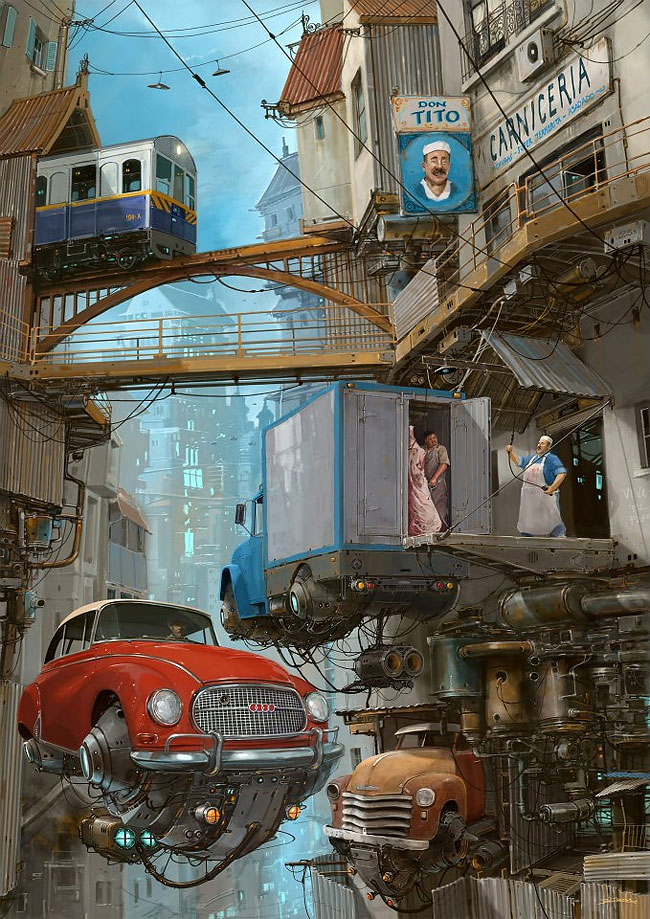 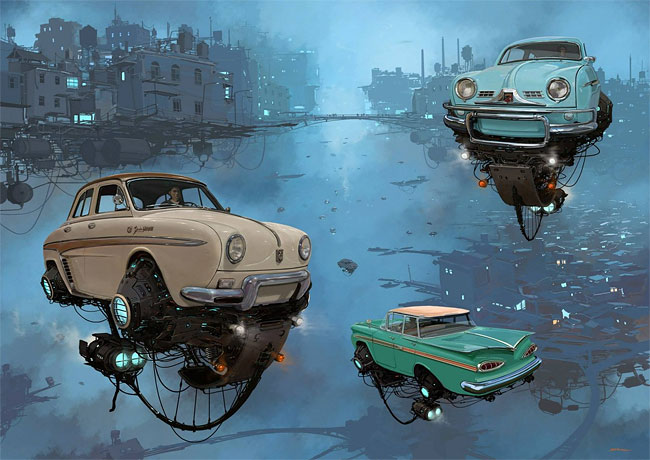 Short And Funny Comics By Malaysian Artist Tang Yau Hoong
Artist Creates Comics With Chilling Endings And Here’s 30 Of The Creepiest Ones
Painfully True Facts About Our Lives
2501's Murals Project in Los Angeles, California
No Games for Smokers
NASA's Mars Recruitment Posters Will Convince You To Go Die In Space!
Fortuna Todisco
End of A Season, Wind from The West: The Superb Illustrations of Syd Mills
Heartwrenching Illustration Series Follows An Elderly Man In His Pursuit Of Happiness
When Big Hair Roamed The Earth: The Hairstyle That Defined The 1960s
Source of inspiration since 2007. Proudly hosted by WebHostingBuzz.
Privacy Policy · Terms of Service · Content Removal Policy 🇺🇦 ❤️