Artist Olek Covers A House In Finland With Pink Crochet 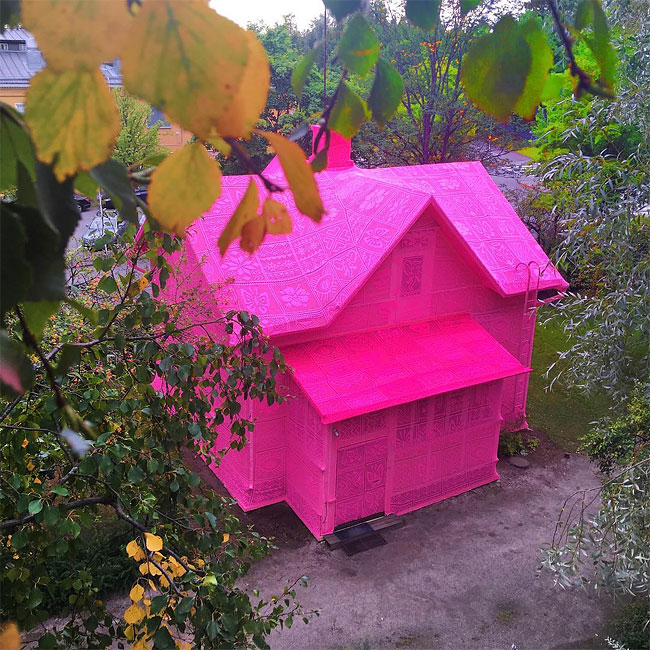 Artist Agata Oleksiak (aka Olek) (previously) reveals an entire two-story house covered roof to floorboards in pink crochet. This new yarn-bombed installation currently stands in Kerava, Finland where Olek worked with a team of assistants to stitch together huge panels of crochet that envelop every inch of this 100-year-old house. 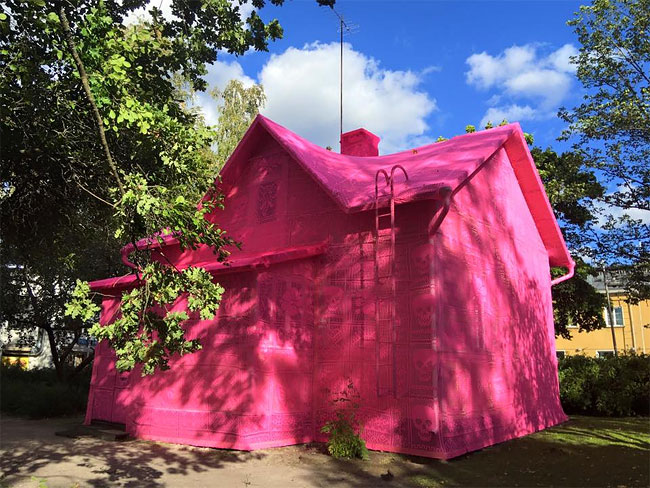 “Originally, this building, built in the early 1900s, was the home of Karl Jacob Svensk (1883-1968). During the Winter War 1939-1940, the family fled to evade bombs falling into the yard, but they didn’t have to move out permanently. In 2015, more than 21 million people were forced to leave their homes in order to flee from conflicts. The pink house, our pink house is a symbol of a bright future filled with hope; is a symbol us coming together as a community,” she shares. 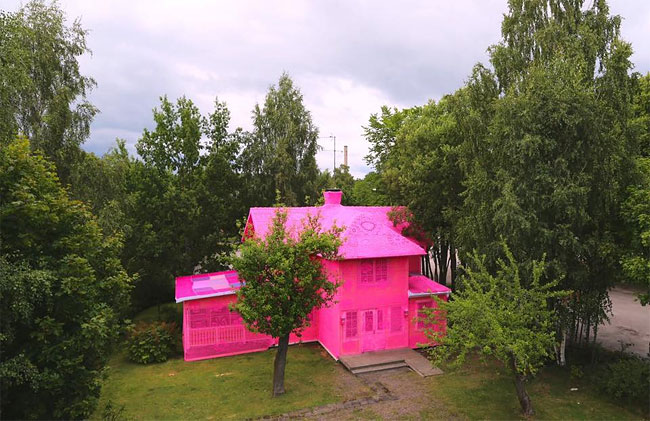 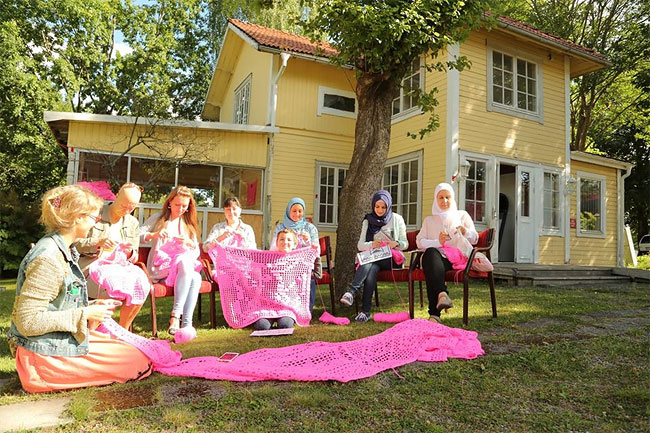 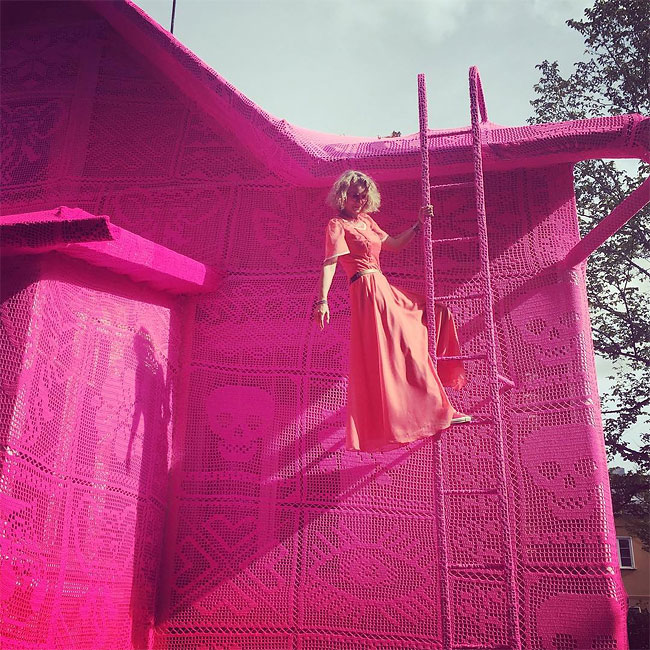 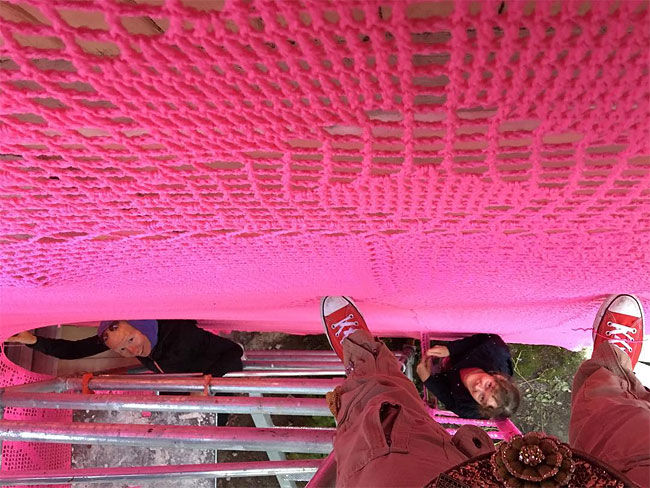 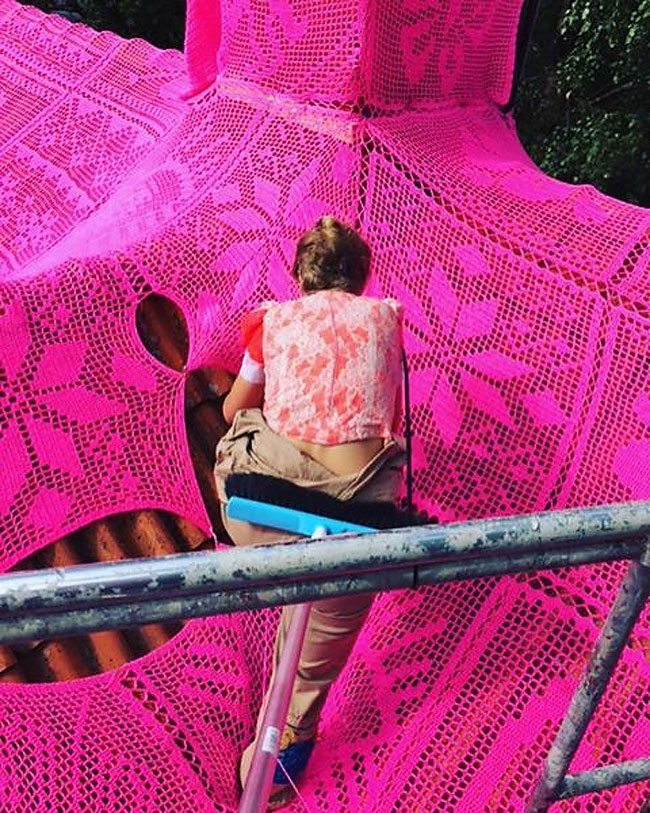 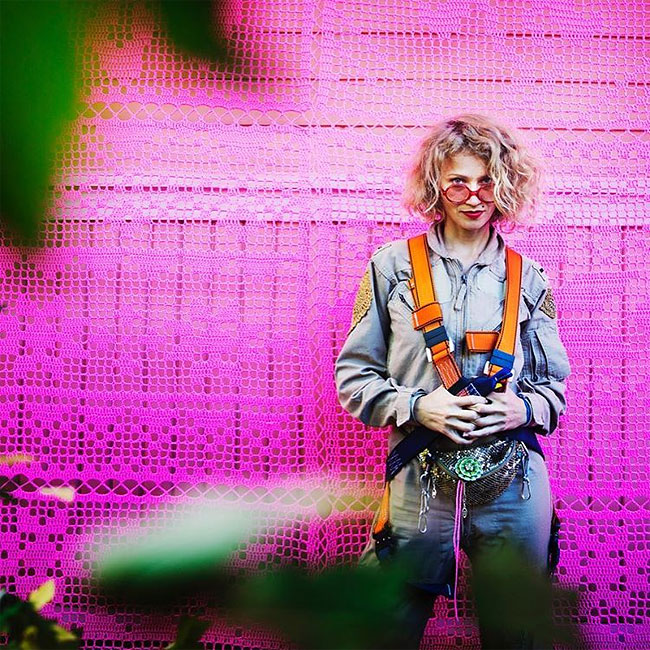 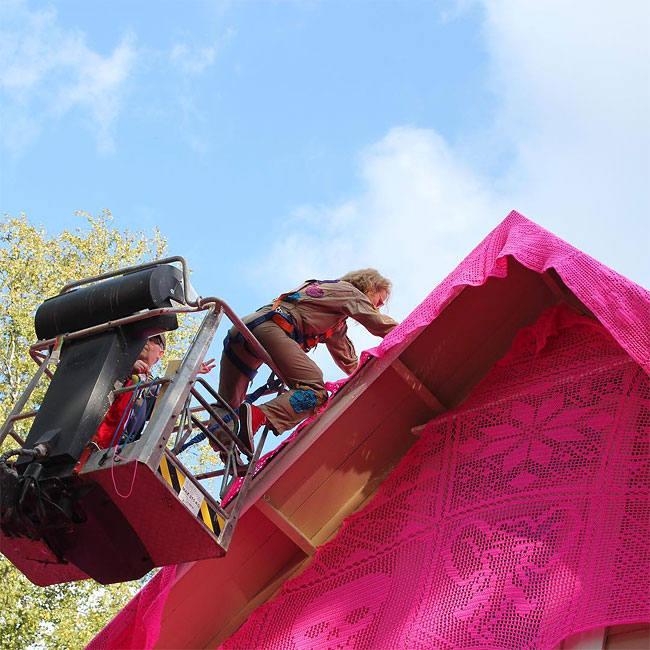 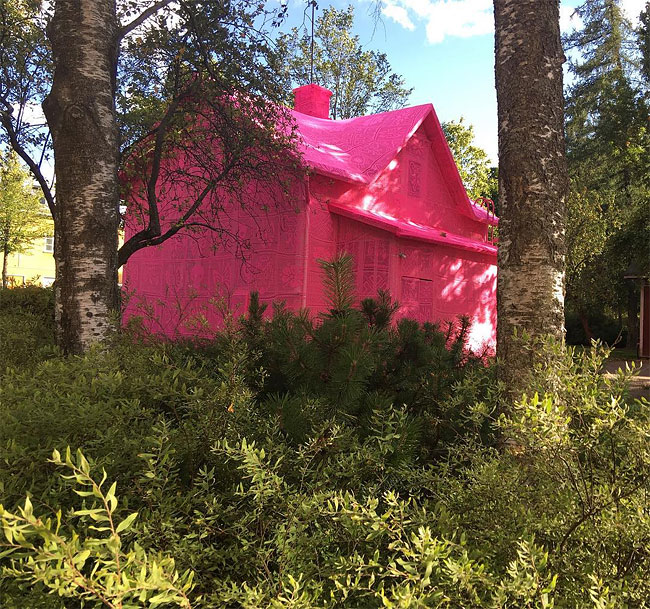 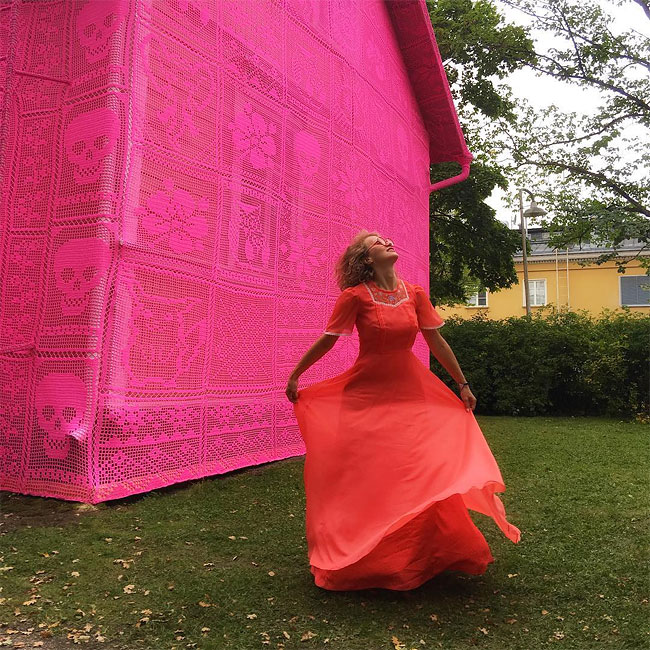 Artist Illustrates Moments From Her Life, Primarily Thoughts On Living With A Rare And Degenerative Muscle Wasting Disorder
Artist Transforms Herself Into Different Characters Using Only Makeup
Shower To The People! Generous Man Turns Old Truck Into Mobile Shower For The Homeless
Artists Continue To Recreate Kids’ Monster Doodles In Their Unique Styles
Ukiyo-e Heroes: Illustrations by Jed Henry
Colorful Paintings Capture the Endless Freedom of the Open Road
Talented Mum Creates Epic Napkin Art For Her Kids Lunch
German Government Spends $450,000 On A Bold Cycling Safety Campaign, But Not Everyone Likes It
Ghanaians Have A Lot Of Feelings About This Simple Illustration By Poka Arts
Terrible Client Emails That Designers Hate To Receive
The United Kingdom’s Royal Mail Issues Postage Stamps Celebrating Classic British Video Games
Too Young To Be A Pirate: Dreamy Illustrations By Ulric Leprovost
Starblazer: Forgotten Fantasy Fiction In Pictures
This Guy Was Really Annoyed By All The Garbage In His Town. So This Is What He Did...
An Artist Recreates Popular TV Series Posters Into Fun Illustrations
Russian Fans Of J. K. Rowling Make Pastries Based On "Fantastic Beasts And Where To Find Them"
Artist And Cancer Survivor Creates Sincere Empathy Cards
The Funniest Protest Signs From Trump’s Visit To The UK
Instructions On How To Prevent the Spread Of Influenza From 1918
Witty Illustrations Capture The Pitfalls And Contradictions Of Contemporary Life
Artist Rogan Hutton Combines Famous Brand Logos for Fun
Gisele Bundchen in New Inspiring Photo Session
In Berlin, There Was A Giant Mona Lisa
The Kids Are Not Alright: Hollow Children By Björn Griesbach
artist, covers, crochet, finland, house