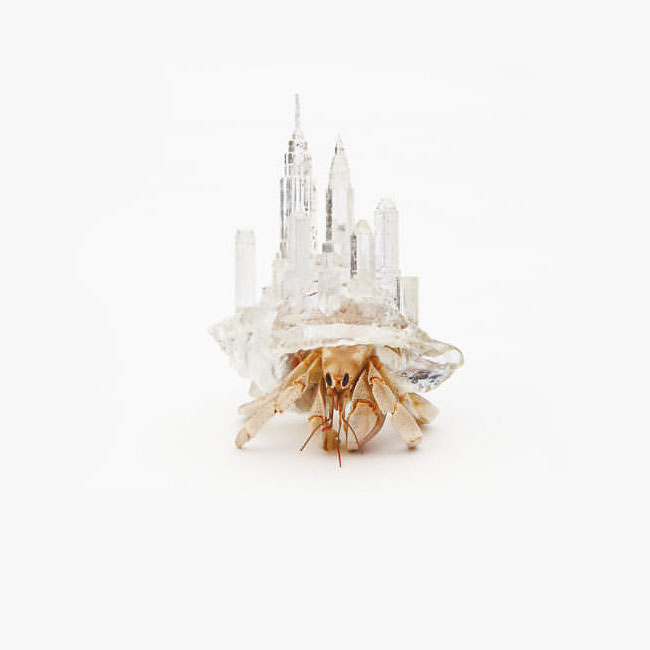 A Japanese artist has pimped the cribs of little hermit crabs by creating a series of 3D-printed shells modeled after world famous landmarks. Aki Inomata is a Tokyo-born artist known for incorporating living organisms and organic components into her works. She has created a series of crab shells designed after places like the NYC skyline and the Leaning Tower of Pisa. 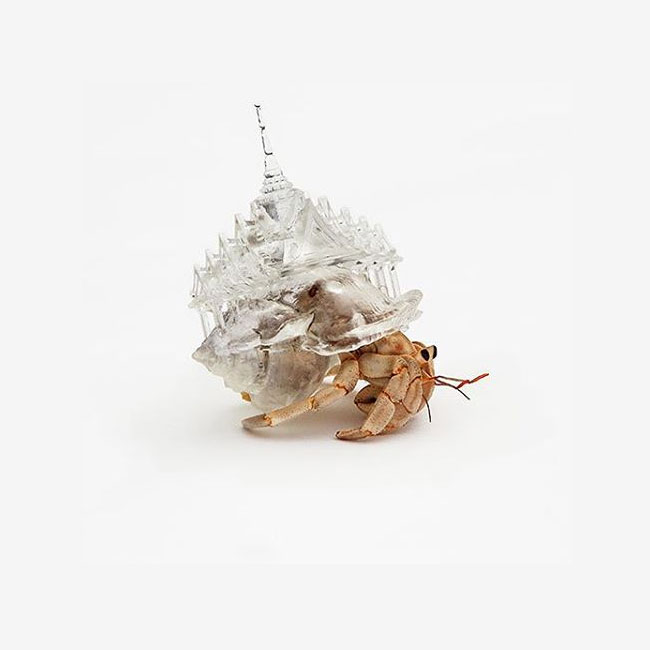 In Inomata’s own words, “This work was inspired by the fact that the land of the former French Embassy in Japan had been French until October 2009, and then became Japanese for the following fifty years, after which it will be returned to France.” 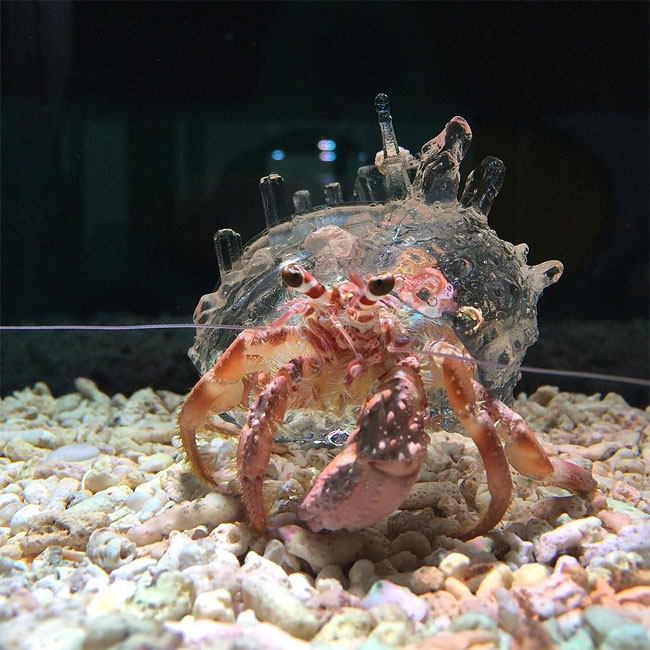 “I was surprised to hear this story, and associated this image with the way that hermit crabs exchange shelters. A piece of land is peacefully exchanged between two countries. While it is the same piece of land, our definition of it changes.” 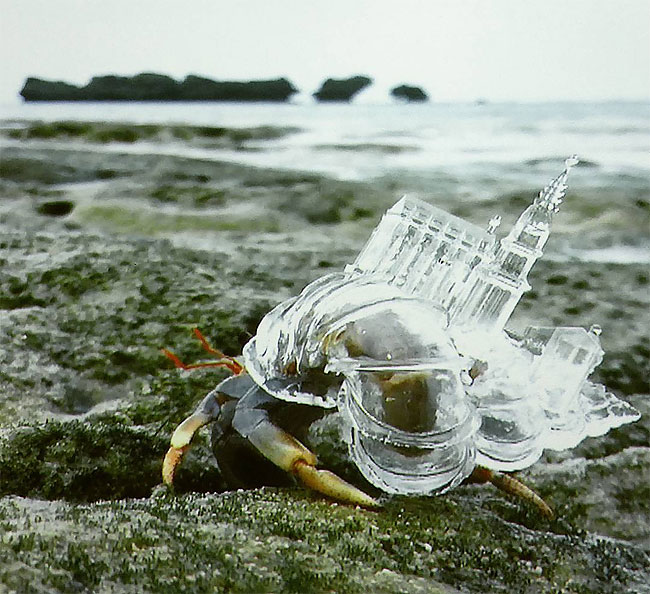 “In the same way, the appearance of hermit crabs changes completely as they exchange shelters. The hermit crabs in my piece, who exchange shelters representing cities of the world, seem to be crossing over national borders. It also brings to mind migrants and refugees changing their nationalities and the places where they live.” 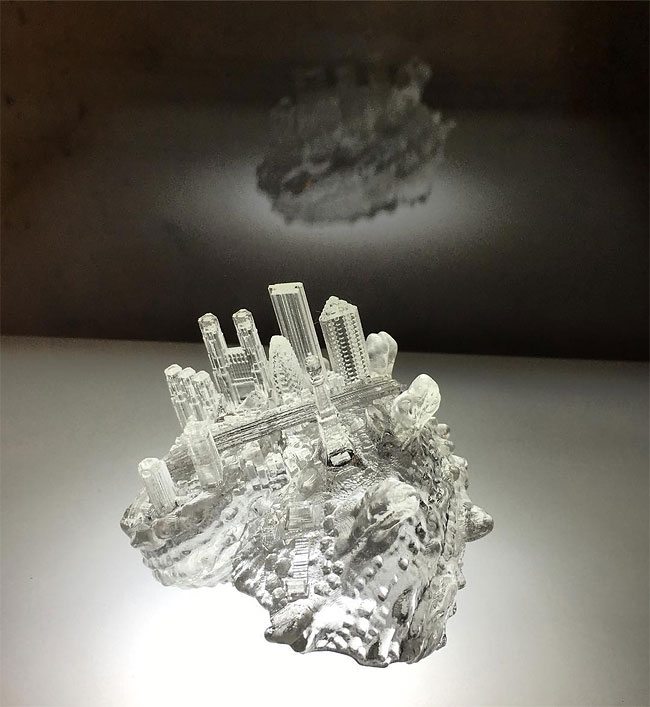 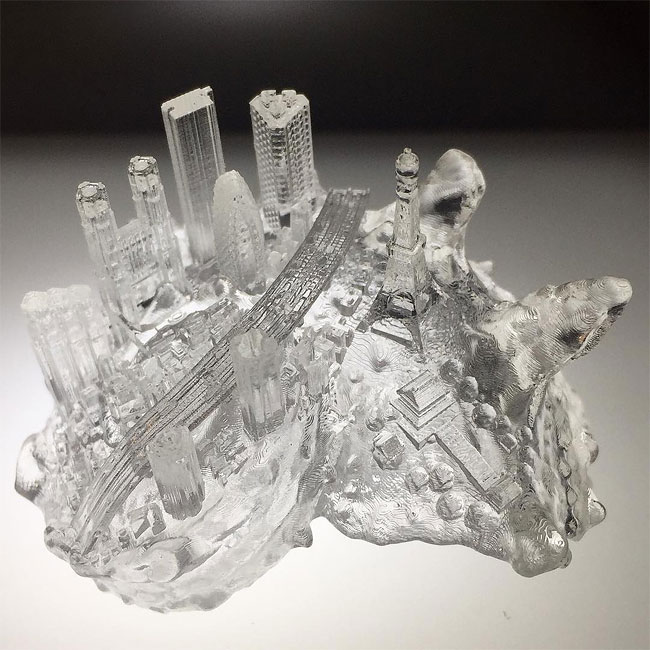 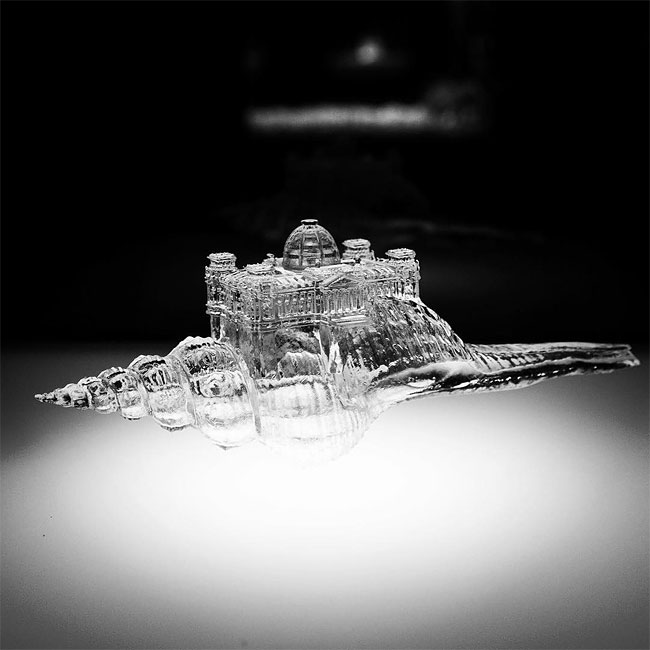 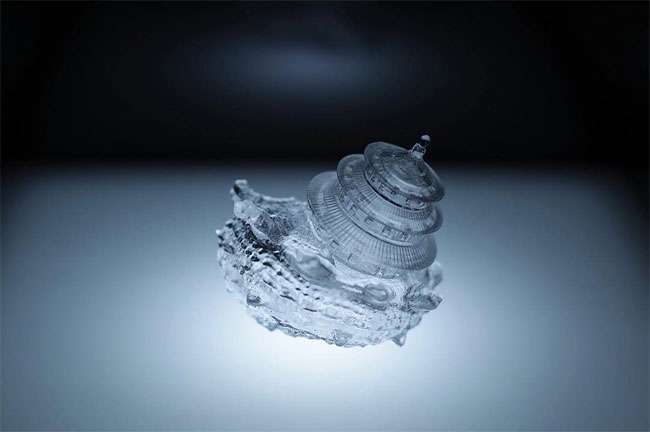 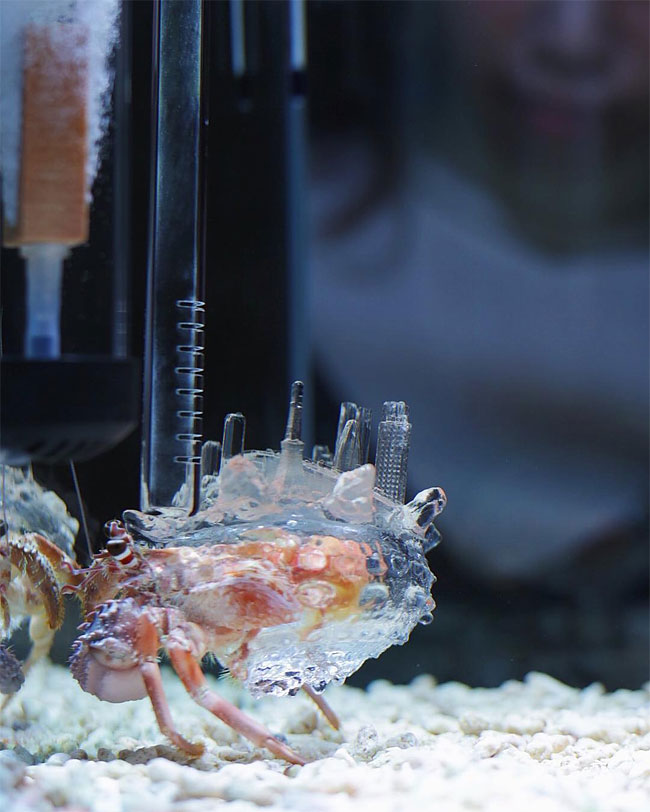 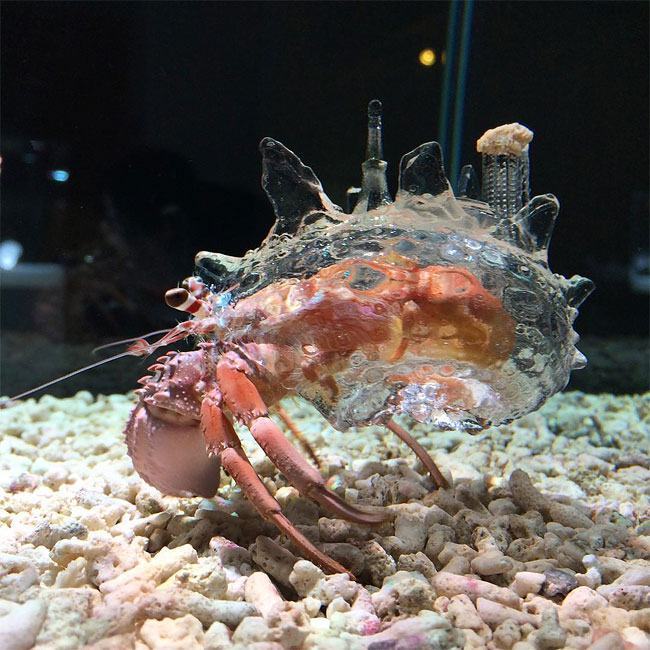 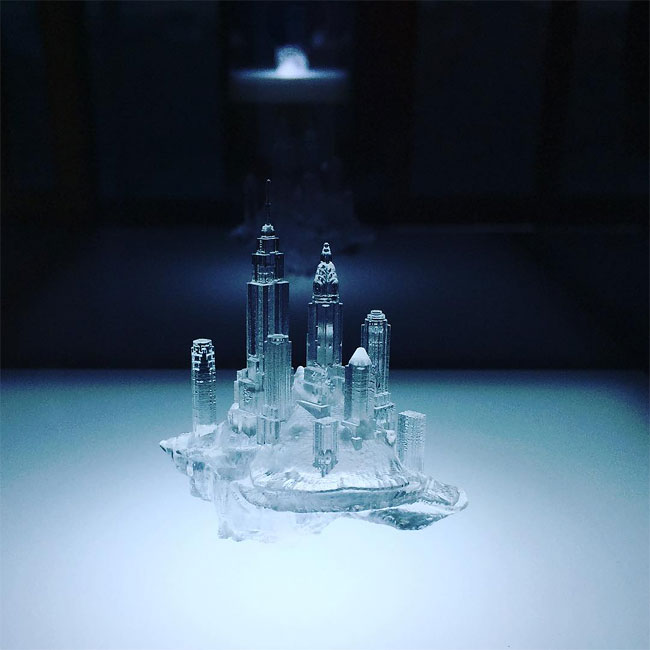 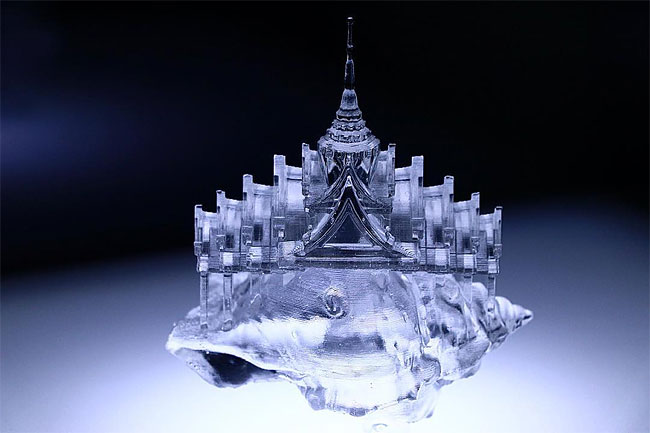 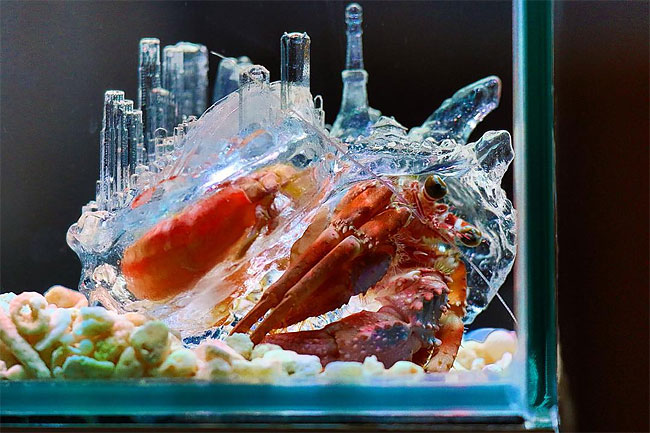 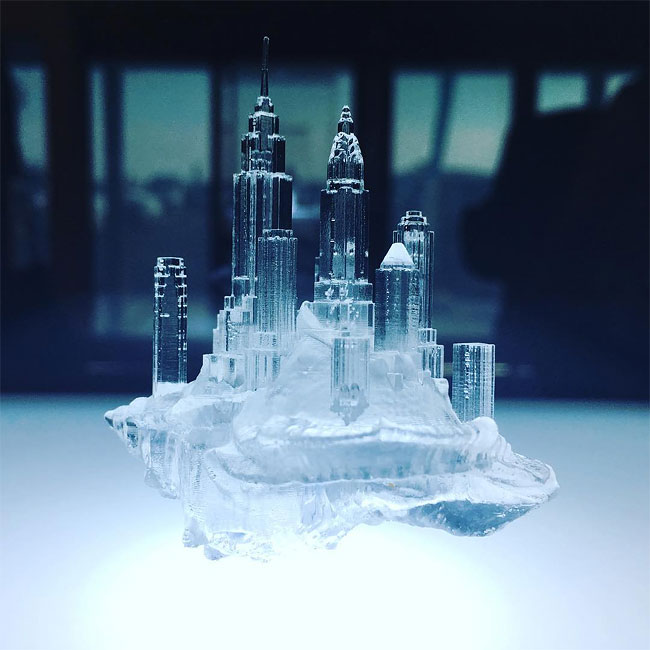 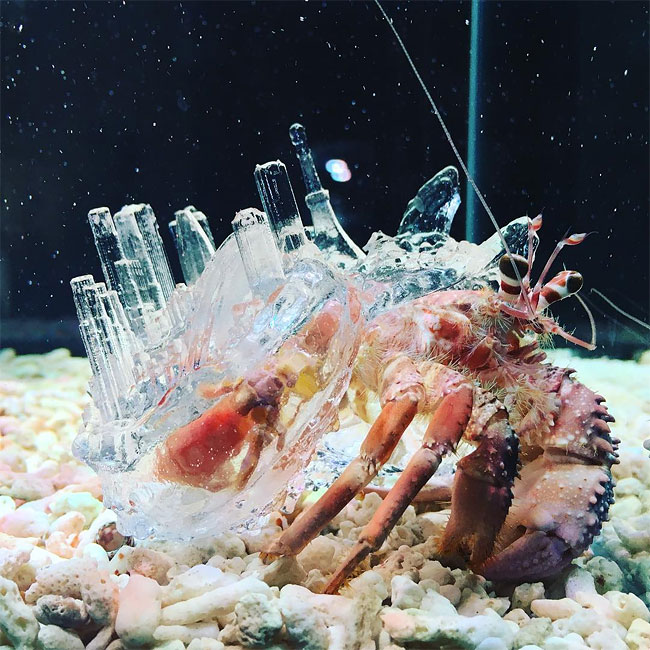 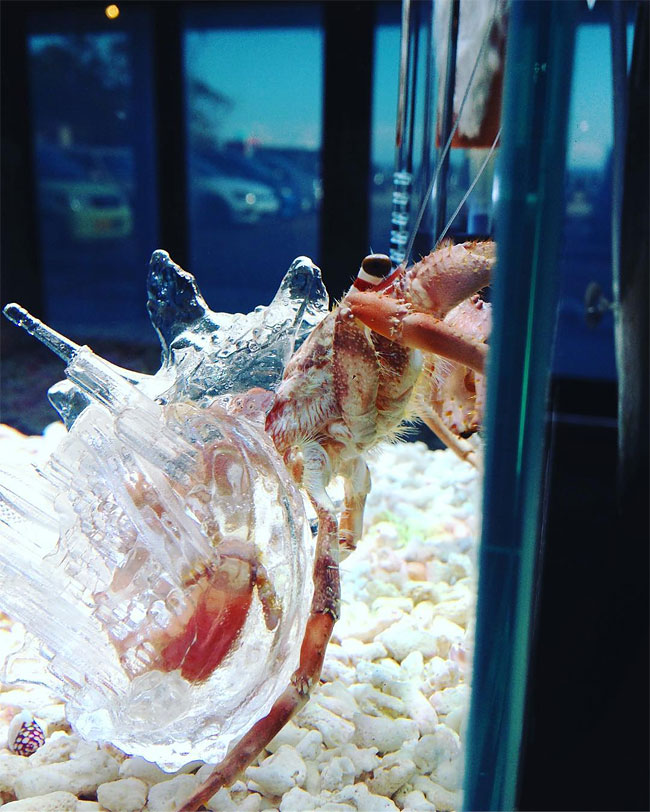 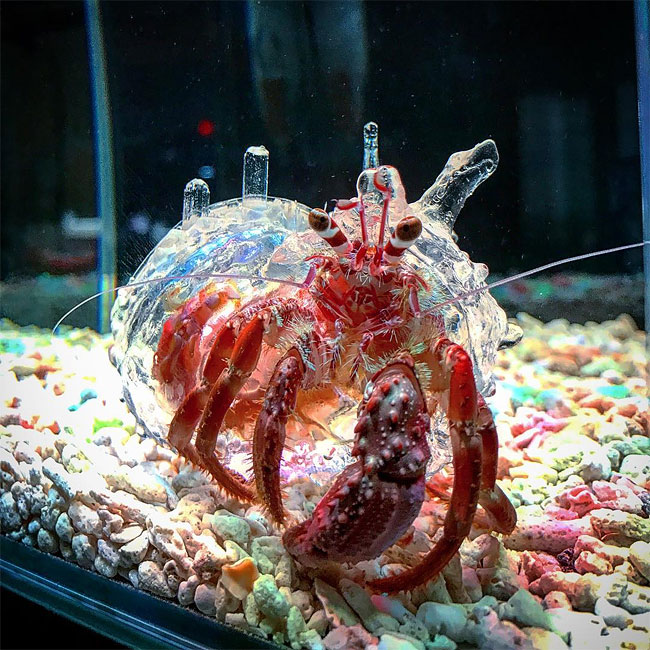 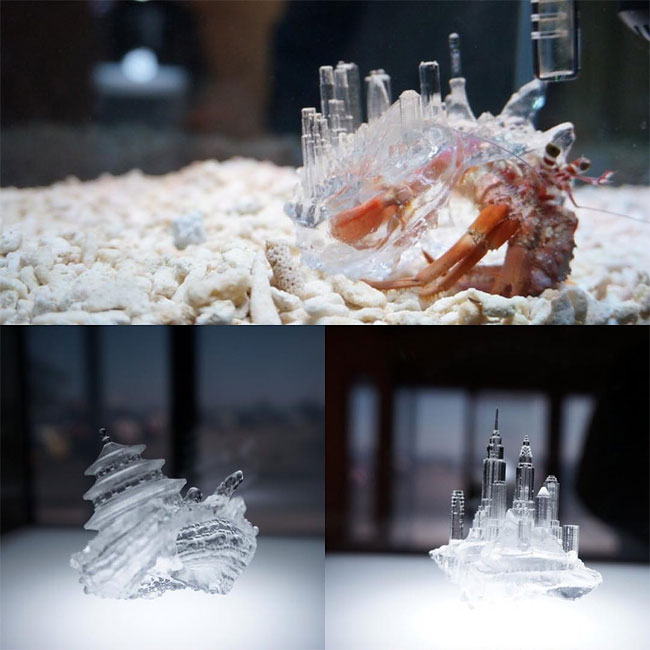 This Artist Continues to Craft A Creative Face Mask Every Day Of Self-Isolation
An Artist Built a Tower in the Water to Give You a Different Perspective
Russian Museum Has Created Christmas Tree From The Dissected LADA
This Man Has a Damn Creepy Collection of Anatomical Exhibits
The World’s Youngest-Ever Lego Certified Professional Just Made this 50,000 piece Great Wave
This Heartbreaking Sculpture Depicts The 82 Kids That Were Handed Over To The Nazis In The Town Of Lidice Back In 1942
Father Of The Year Builds An Amazing Bedroom For His Son
This Guy Hilariously Captions The Weirdest Construction Fails He Finds
Workers Of The Small Workshop In Nicaragua Create Beautiful And Scary Masks
"Say No More": We Can't Quite See McDonald's Latest Campaign, But We're Lovin' It
Vintage Snapshots Of Freaky Halloween Costumes That Give You A Nightmare
Skull And Crossbones Bun Cover By WyreArt
Elegant Wooden Chair Hand-Carved From A Single Tree Stump
Brand New VW Transporter Gets Witty Camouflage To Keep It From Being Stolen
WestJet's Newest Custom Disney Plane Has "Frozen" Fans Everywhere Excited For Flying
Cop In Coronavirus Helmet Warns People To Stay Inside
This Thai Man Transforms Tin Cans to Bags
Crocheted Food Art By Kate Jenkins
This Taiwanese Artist Creates The Most Amazing Cardboard Sculptures
An Artist Pranked People By Leaving Life-Sized Airpods Stickers On The Ground All Over San Francisco
"The Future Forest": A Group of Activists Were Made A Forest Out Of 3 Tons Of Plastic In Mexico City
Brittle Skeletons Crocheted From Discarded Textiles By Caitlin McCormack
An Unusual, Luxurious Sleeping Bag That Looks Just Like A Life-Sized Bear
'Game Of Thrones' and 'League Of Legends 'Inspired Jewelry Made Out Of Scrap Metal
License Plates Of The USA By Jonathan Lawrence
An Immersive Lighting Installation Inside One Of San Francisco’s Most Important Religious Monuments
Designer Develops Alzheimer's-Friendly Tableware Thanks to Inspiration from Her Late Grandmother
Artist Karoline Hinz Makes A Realistic Two Toed Sloth Costume
White Power Milk
World's Largest Hammock Installed In New Jersey
famous, hermit, inspired, shells, skylines, these