Quick Guide To Identifying Ford Pickups From 1948 To 1996 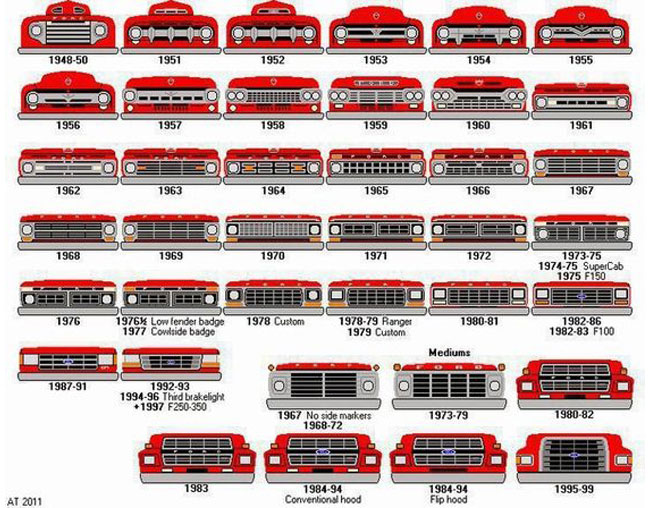 The Ford Motor Company (commonly referred to simply as Ford) is an American multinational automaker headquartered in Dearborn, Michigan, a suburb of Detroit. It was founded by Henry Ford and incorporated on June 16, 1903. The company sells automobiles and commercial vehicles under the Ford brand and most luxury cars under the Lincoln brand. 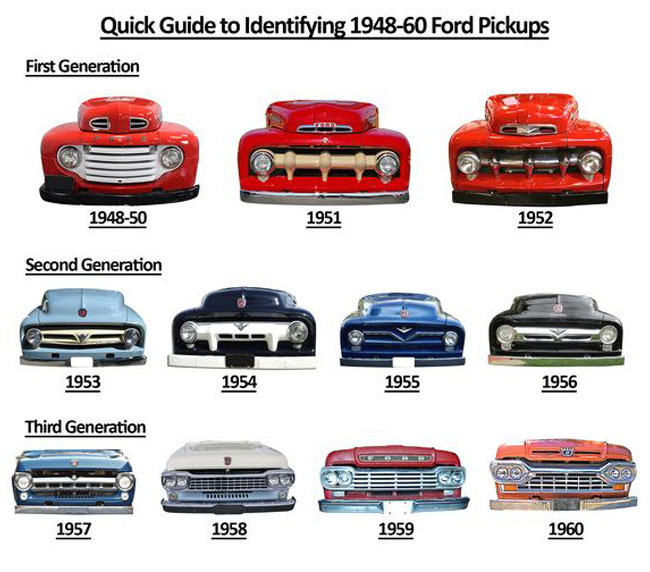 The Ford F-Series is a series of light-duty trucks and medium-duty trucks (Class 2-7) that have been marketed and manufactured by Ford Motor Company since 1948. While most variants of the F-Series trucks are full-size pickup trucks, the F-Series also includes chassis cab trucks and commercial vehicles. The Ford F-Series has been the best-selling vehicle in the United States since 1981 and the best-selling pickup since 1977. It is also the best selling vehicle in Canada. 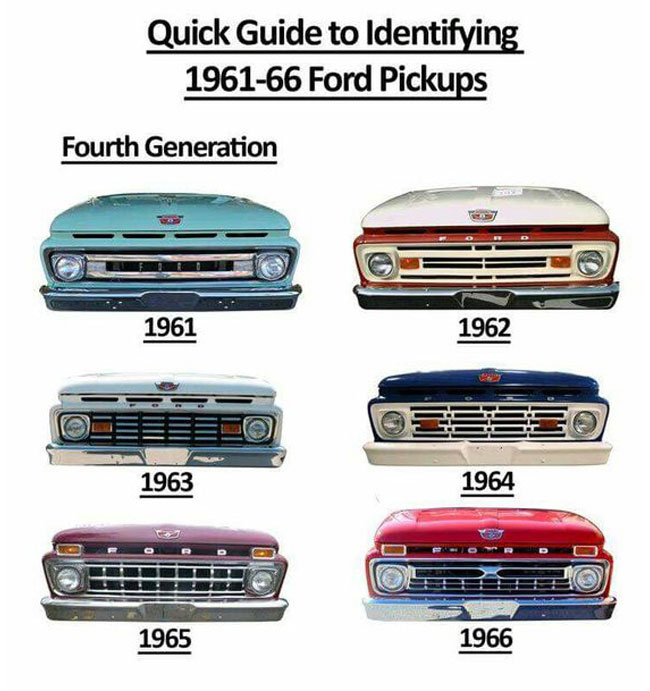 We have many ways to identify generations of Ford trucks, and here is an interesting guide based on their hoods. 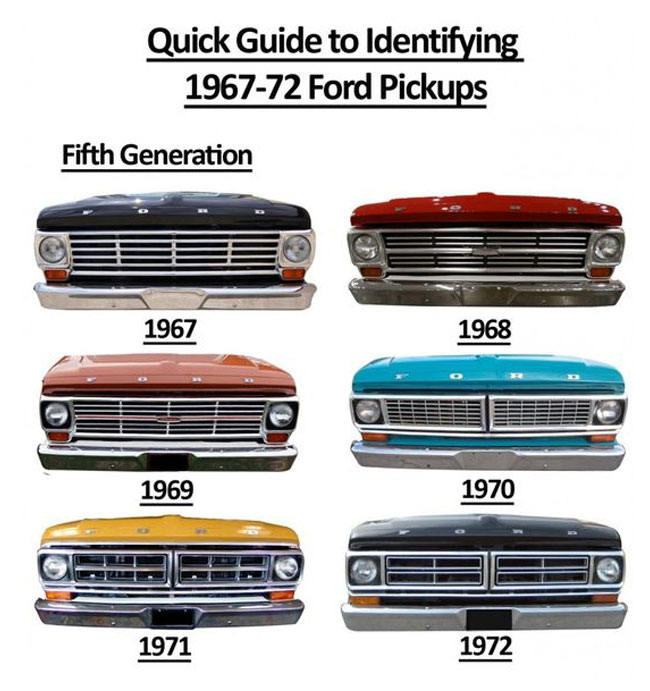 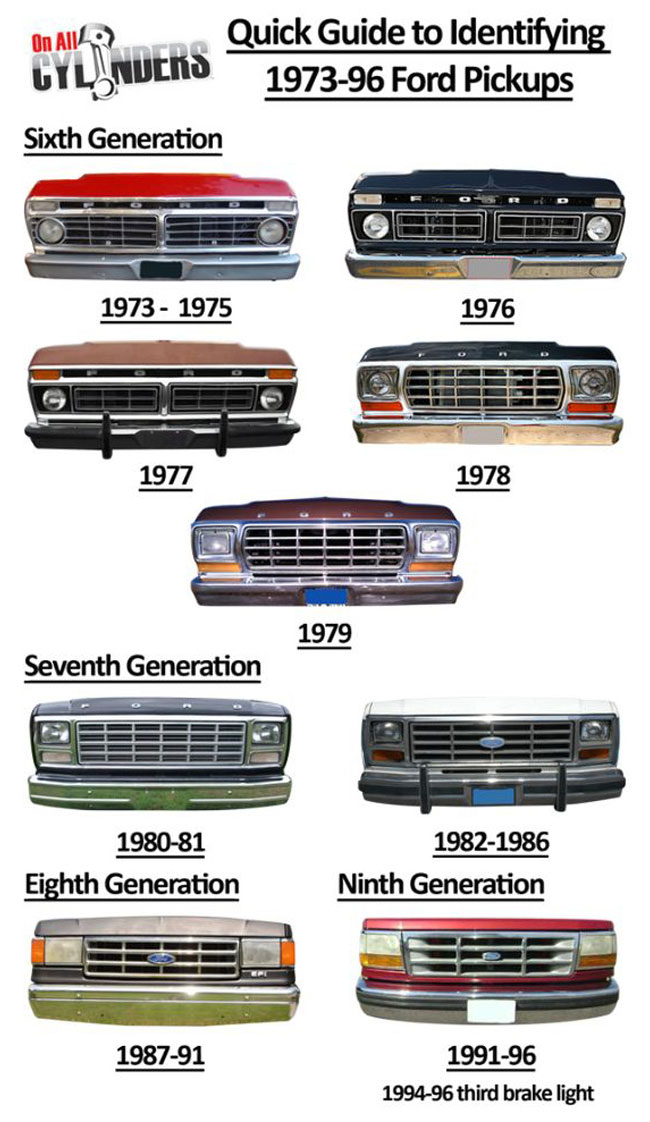