This Dreadful Emptiness: Dark And Depressive Illustrations By Aron Wiesenfeld 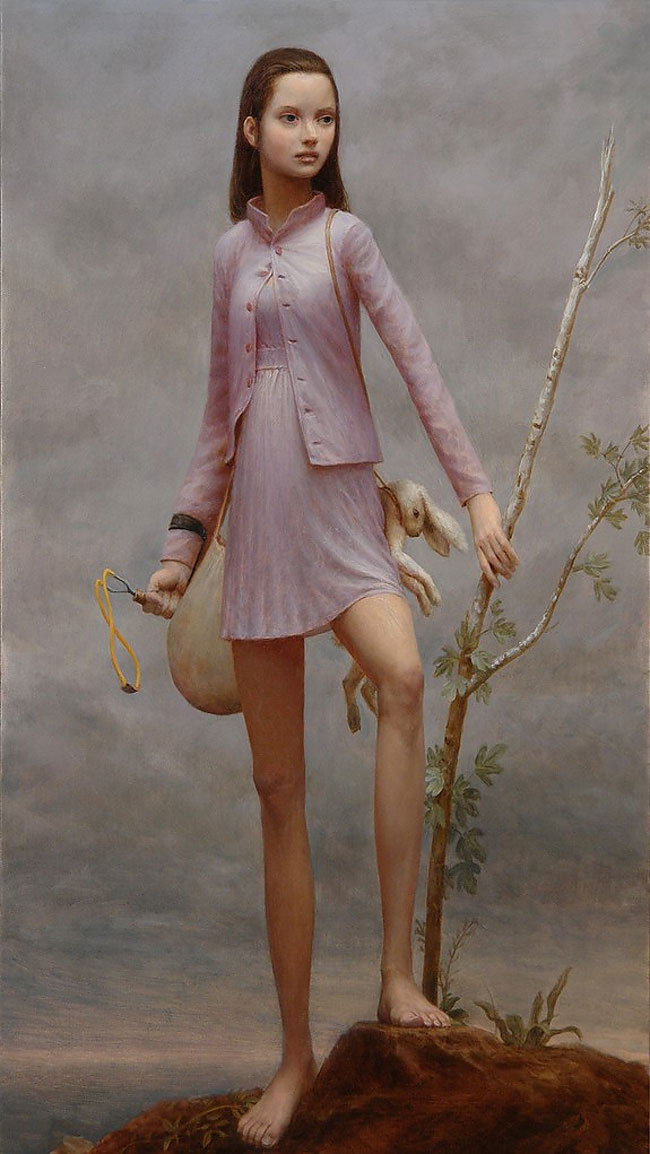 Aron Wiesenfeld is quickly emerging as a highly talented allegorical figurative painter. His work often comprises of figures seemingly caught or lost in some type of overwhelming landscape. He is drawn to empty spaces that may seem lonely, but what they are about is the story that’s going on off the pages in the world outside the canvas. It is that backstory he is interested in. 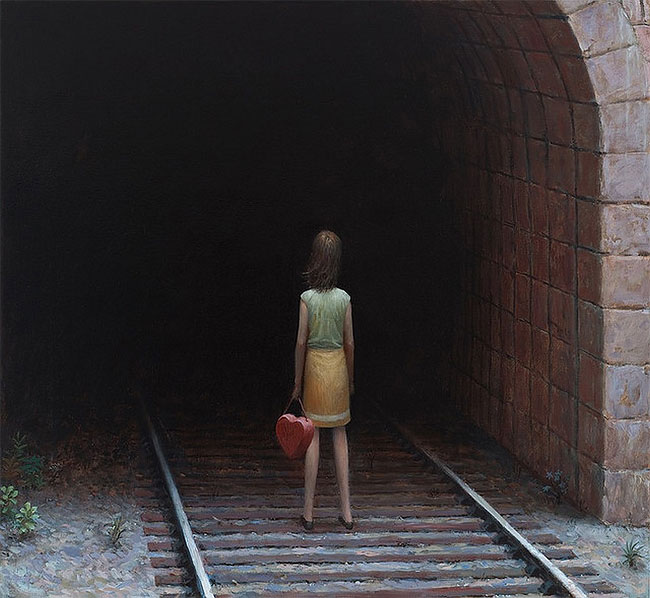 Aron says about his work: “If something is going on behind the surface, people are drawn to it but don’t know why. They’ve connected to something in it. And that is a constant theme through my work, the ability to paint something to suggest something that isn’t shown.” 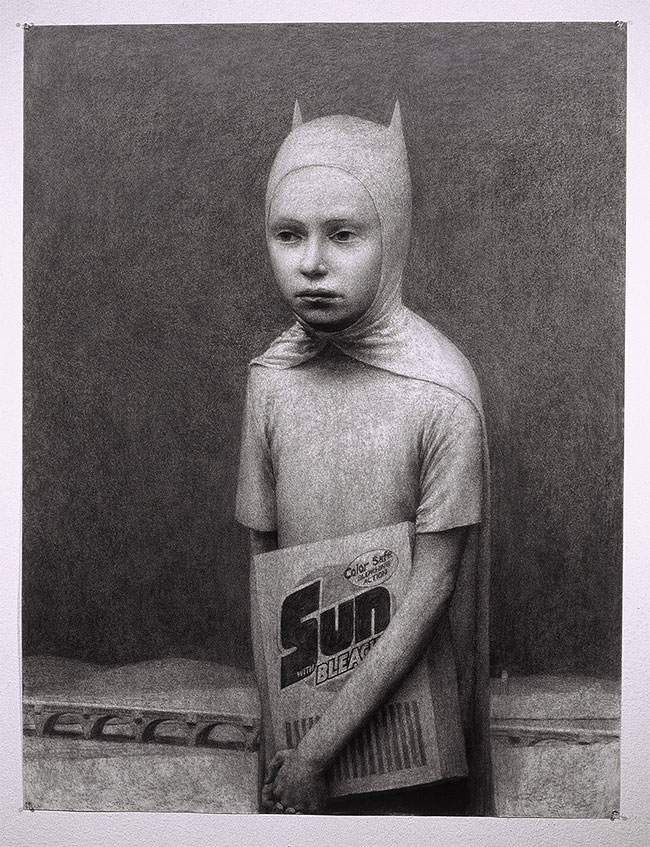 “They are refugees, pilgrims, and wanderers, trying to get to the other side of a river that is forever out of reach. I think they are answering a call that is not consciously understandable, but resonates somewhere inside them. It draws them to a place they forgot that they knew about, something like a return to Eden.” 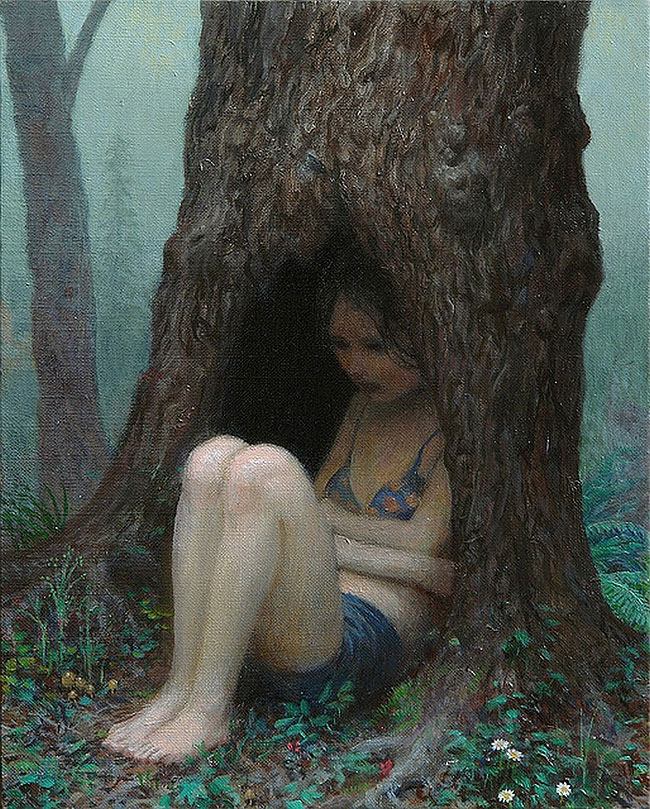 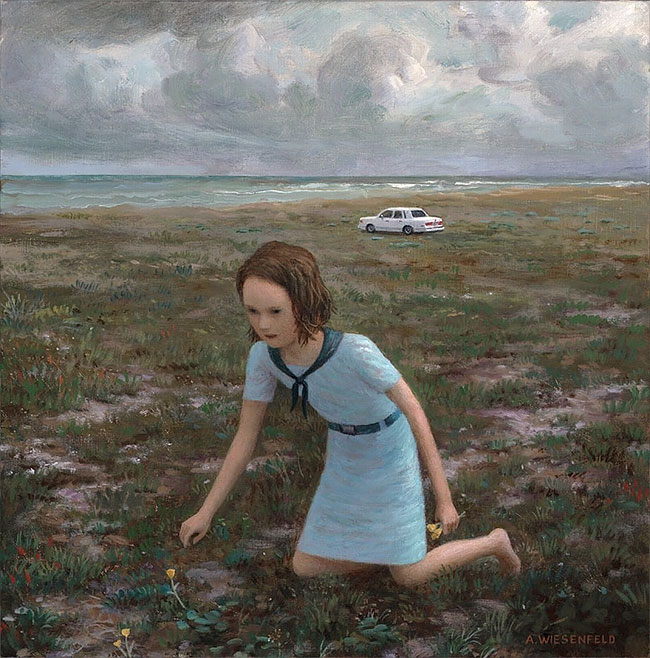 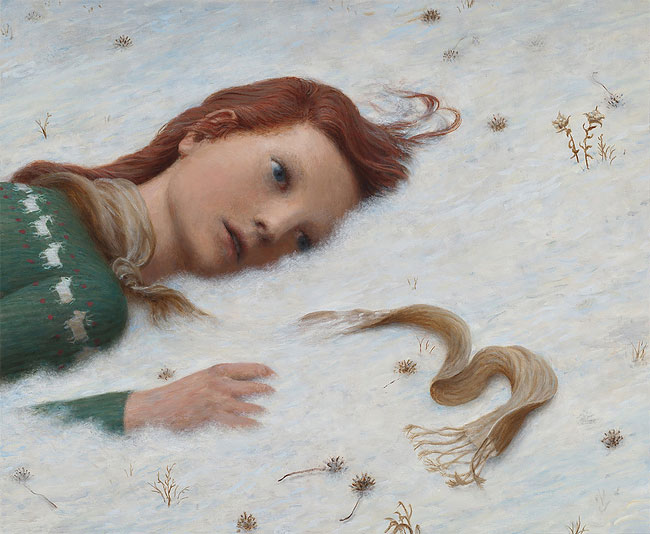 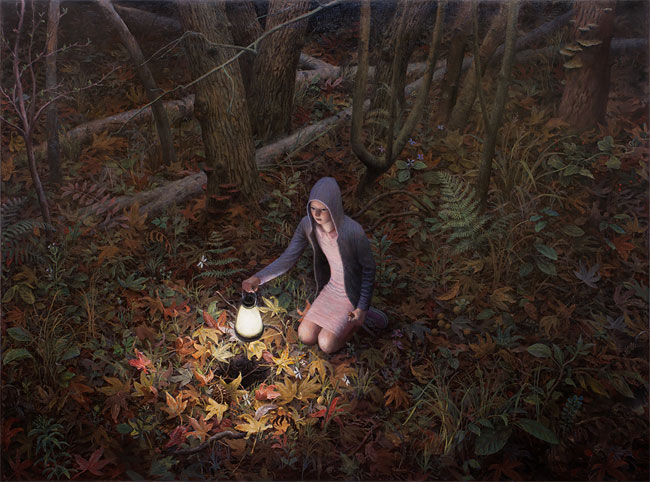 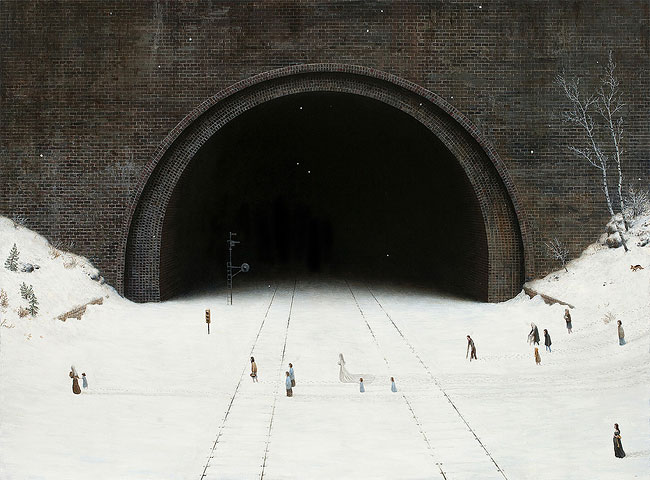 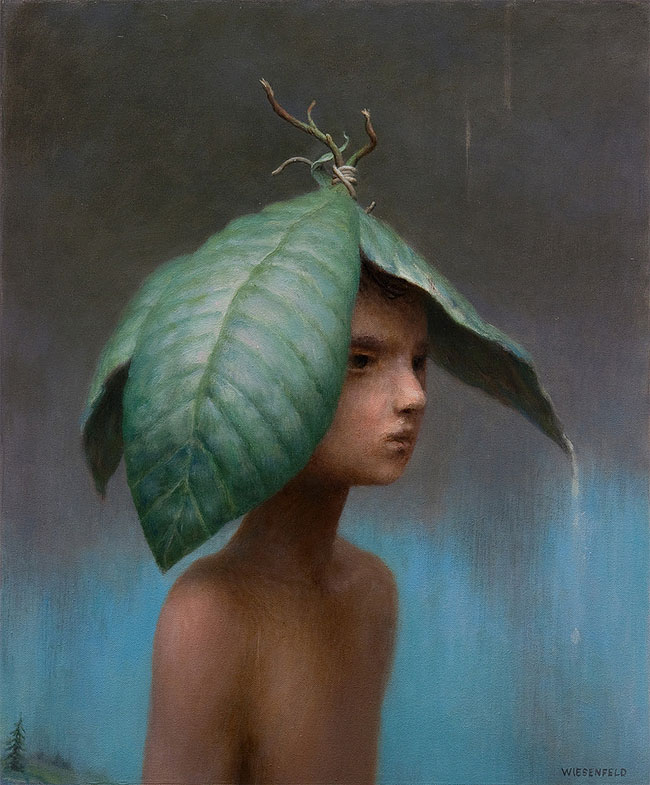 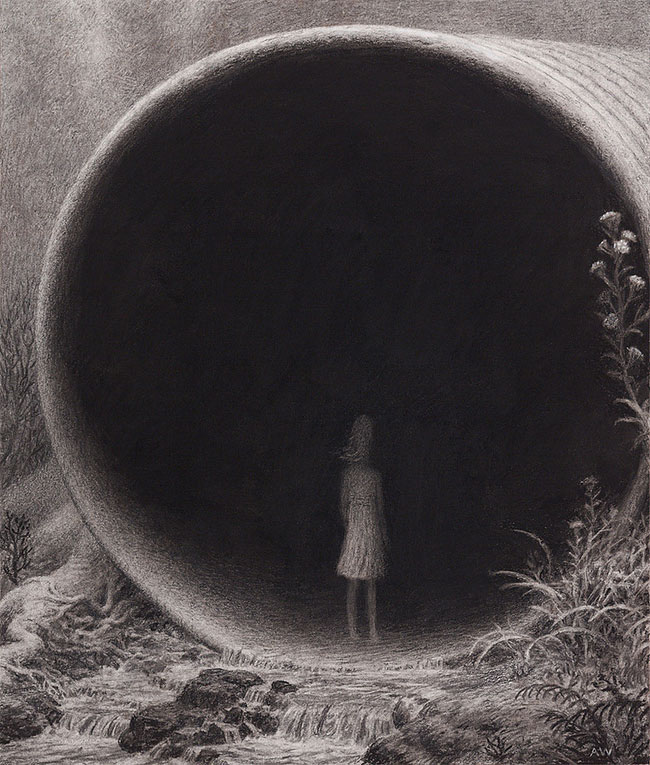 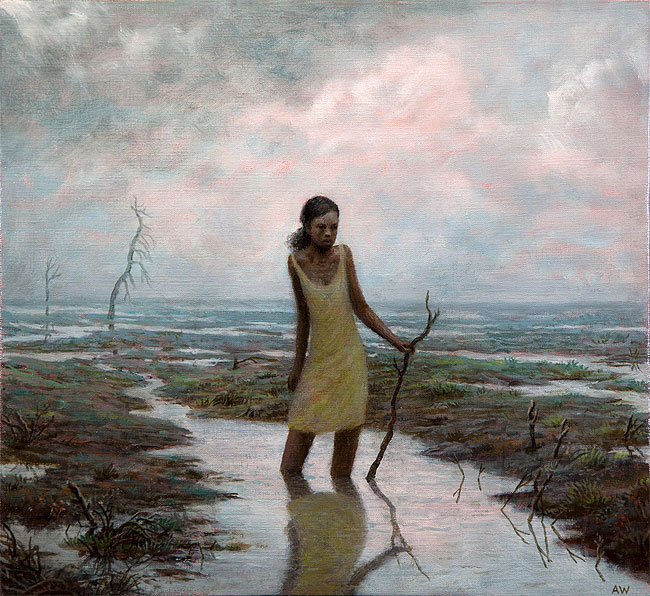 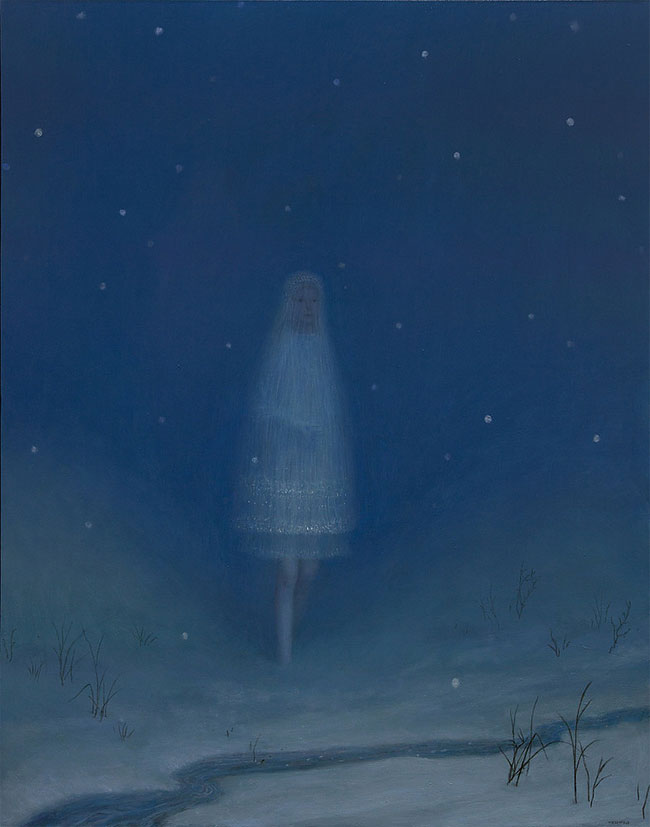 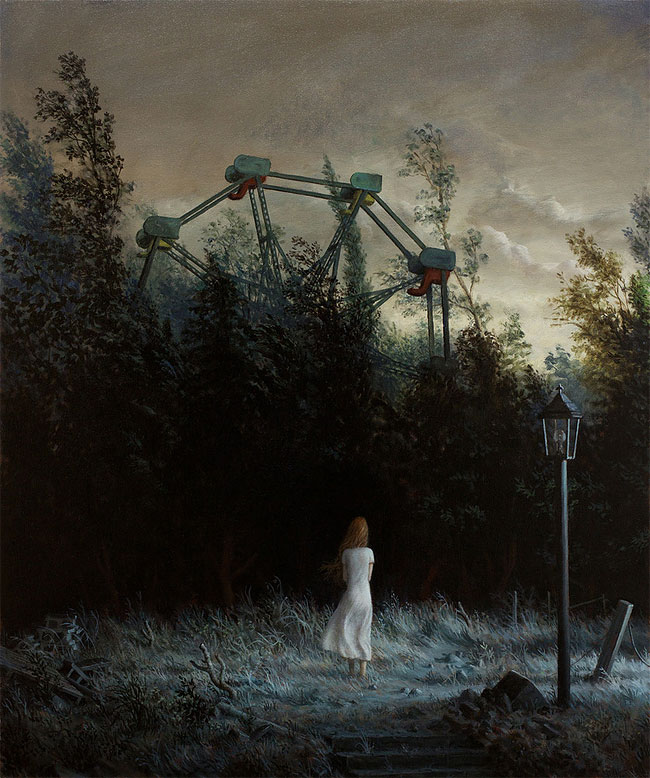 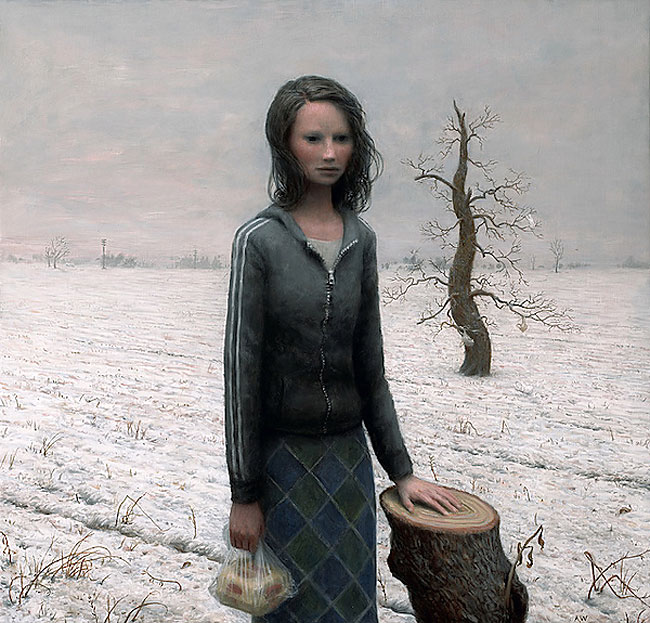 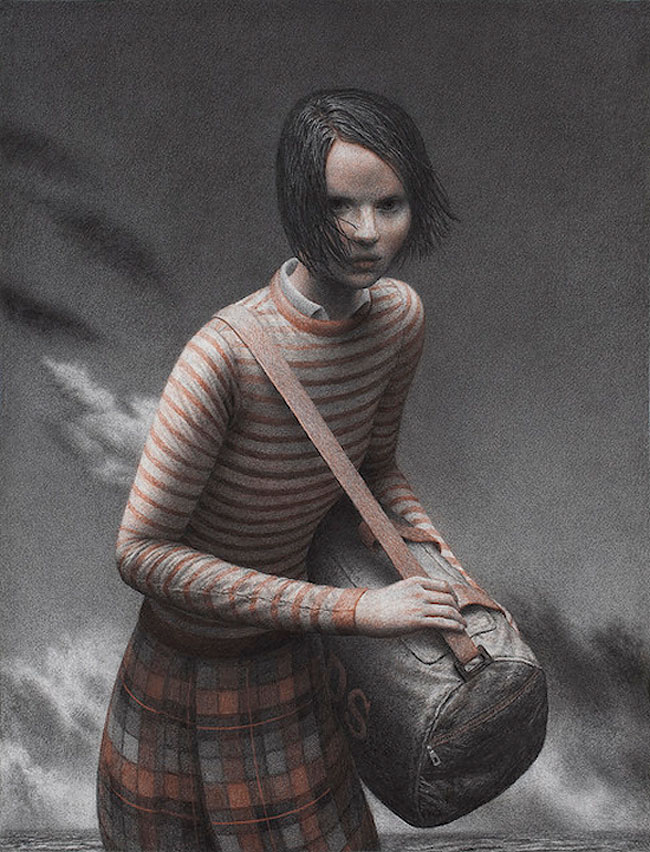 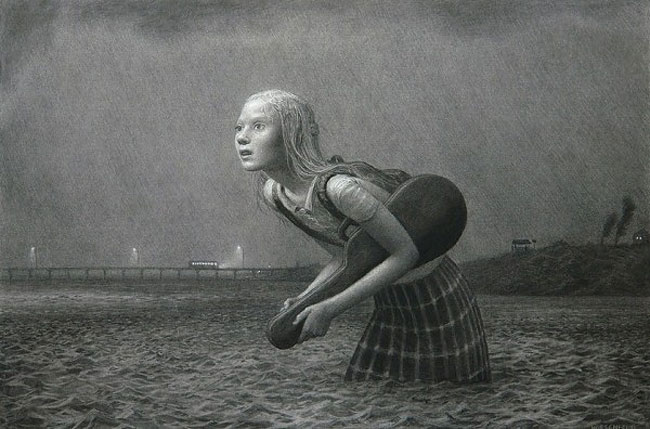 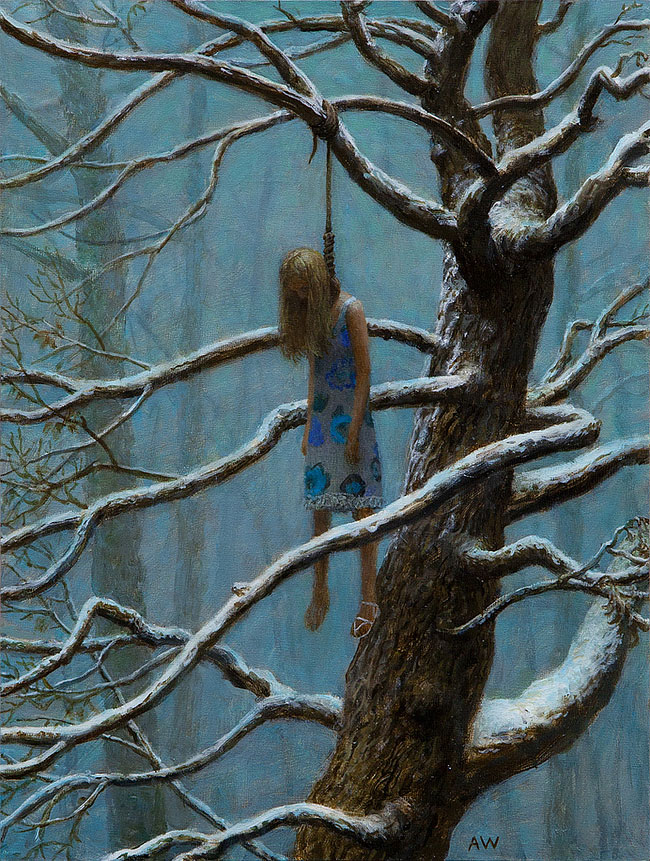 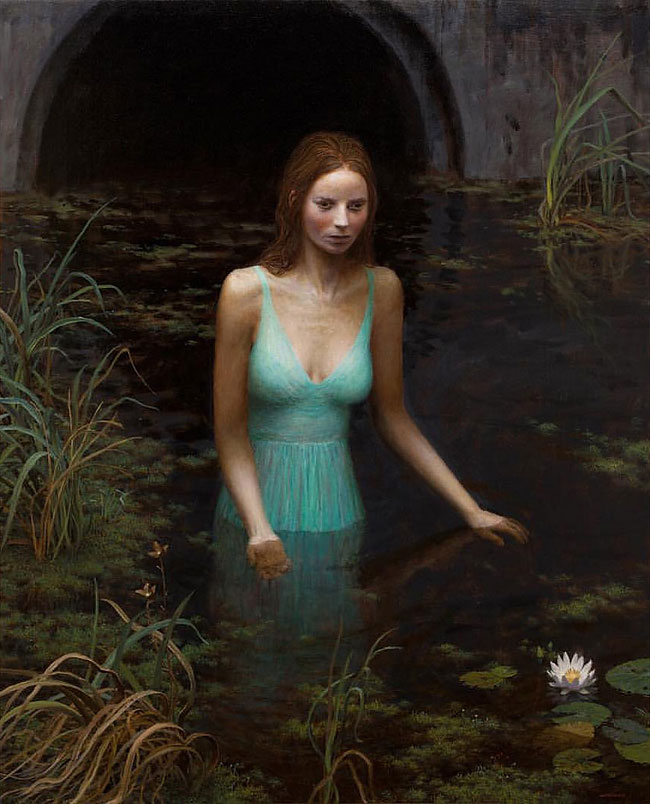 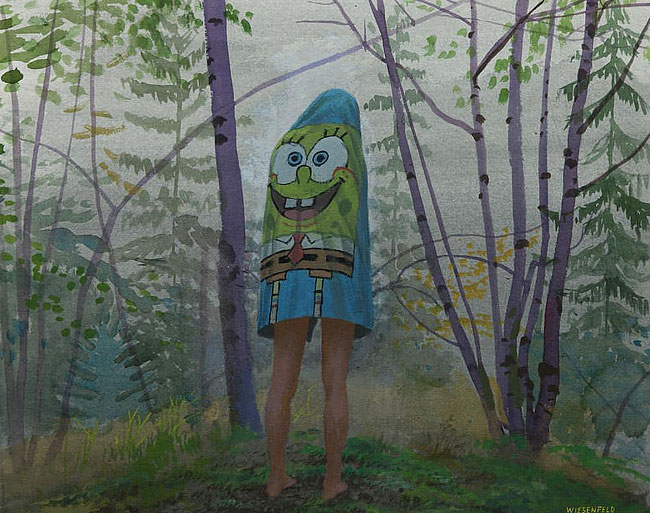 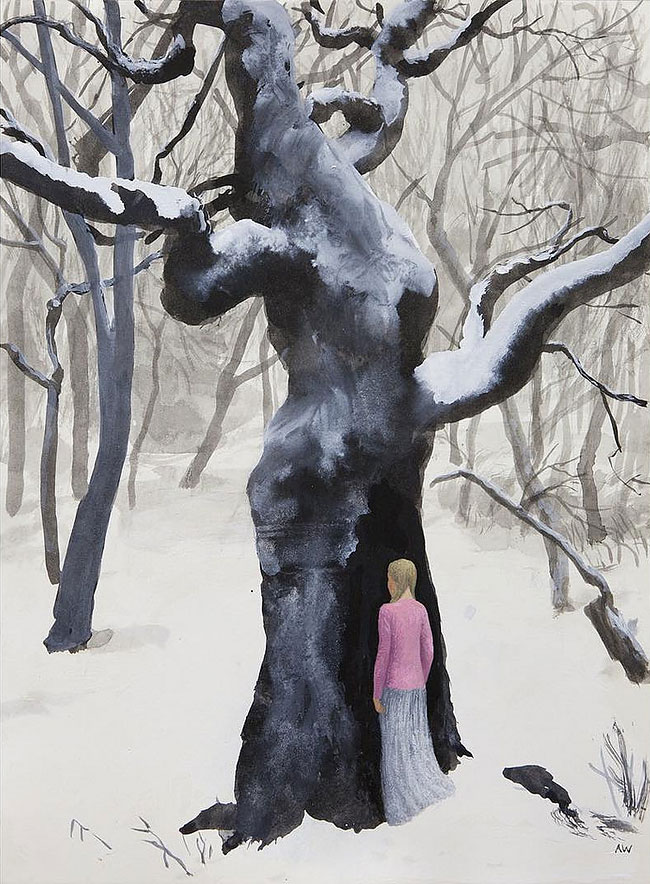 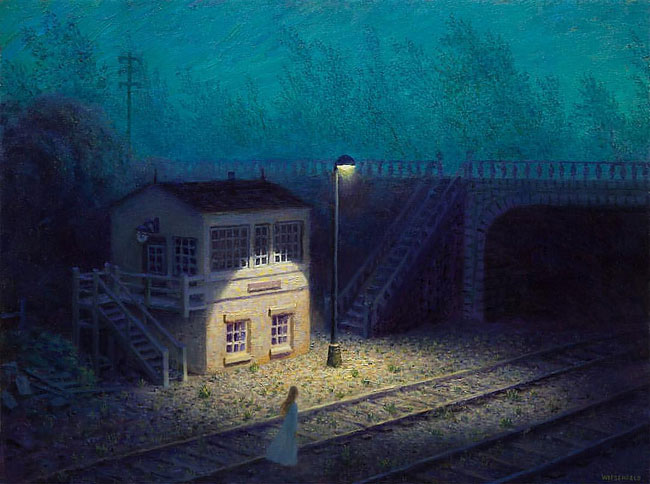 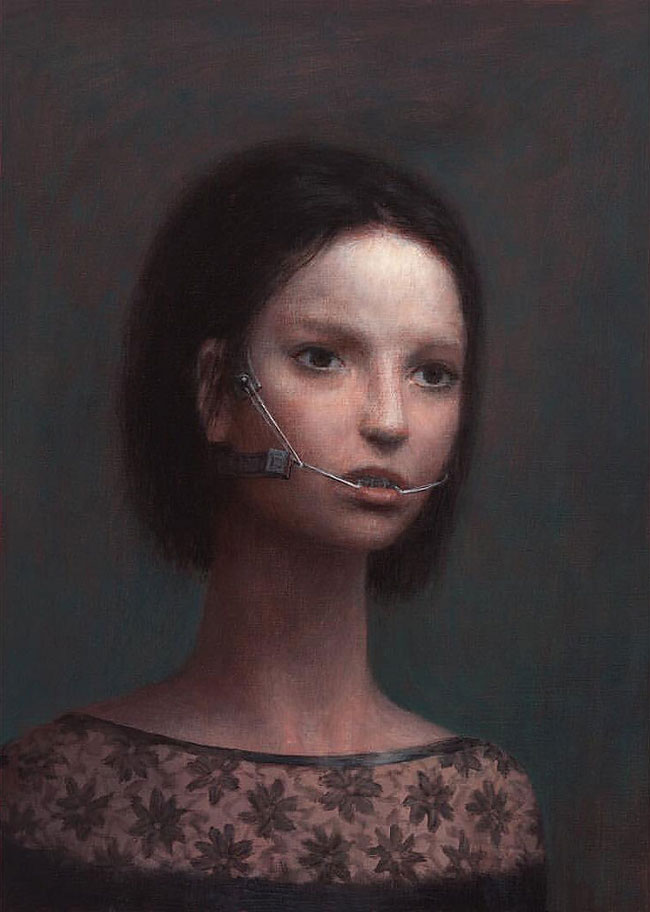 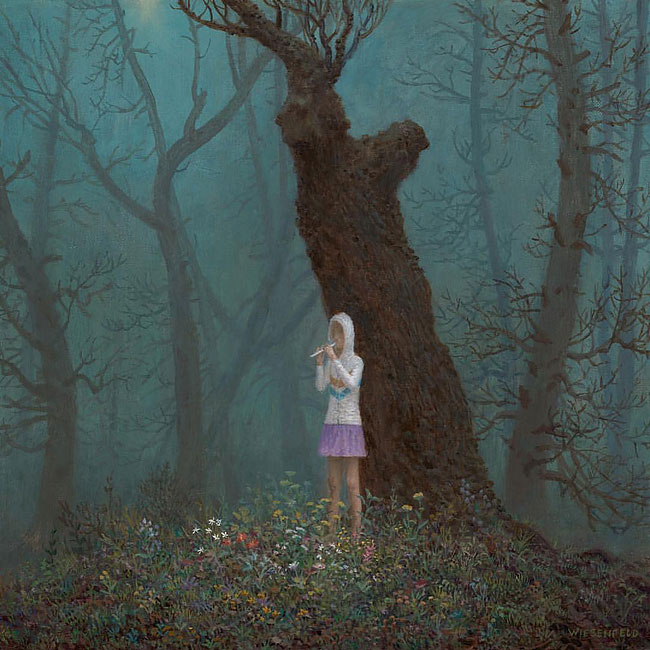 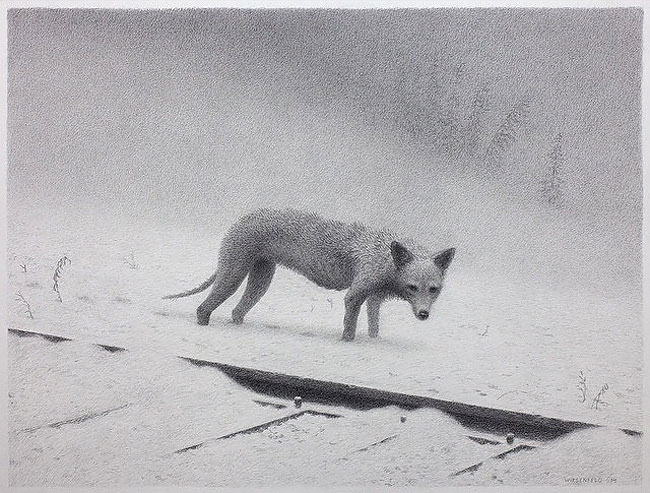 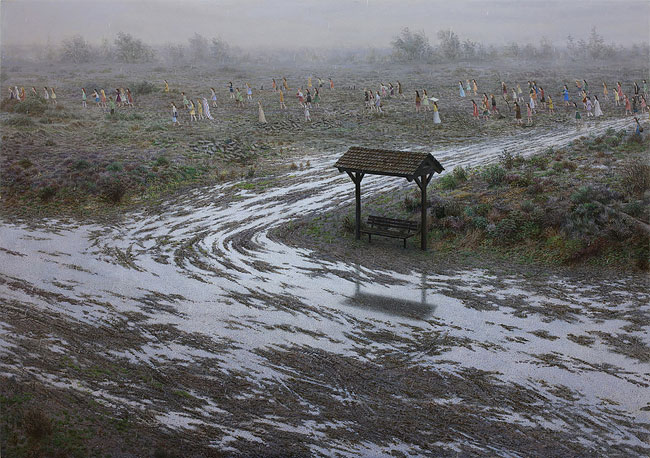 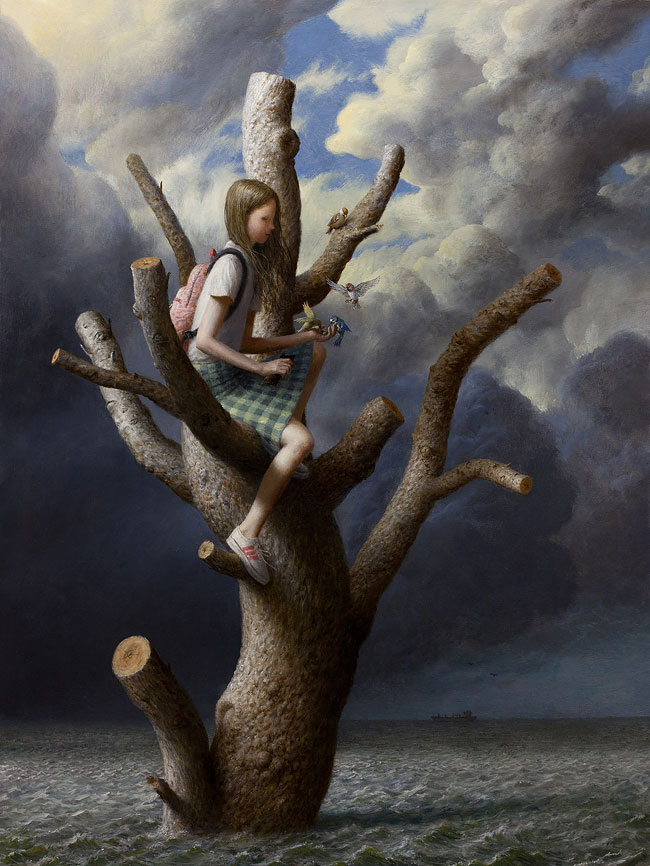 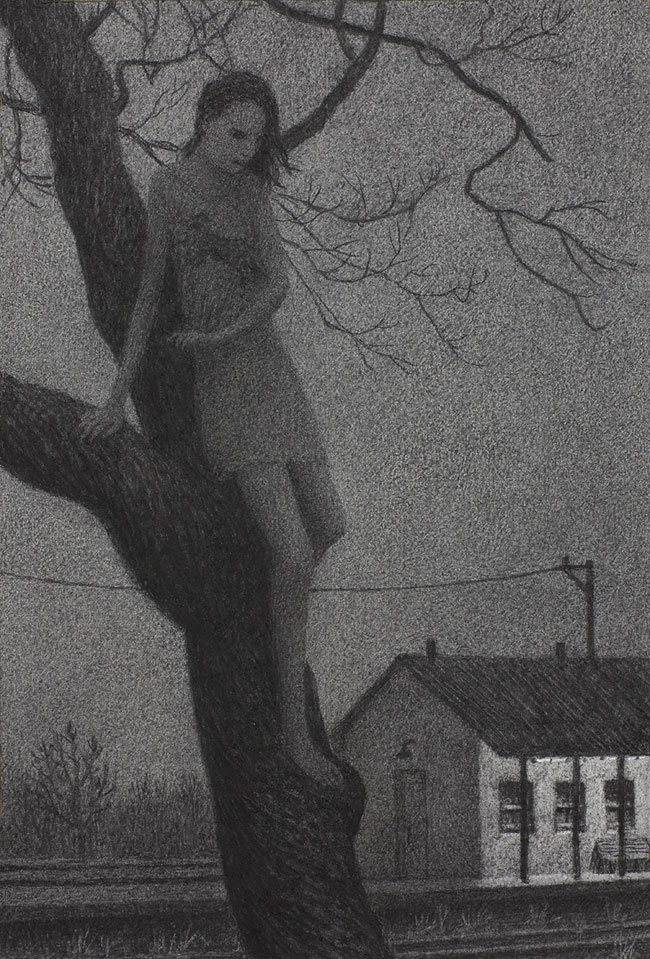