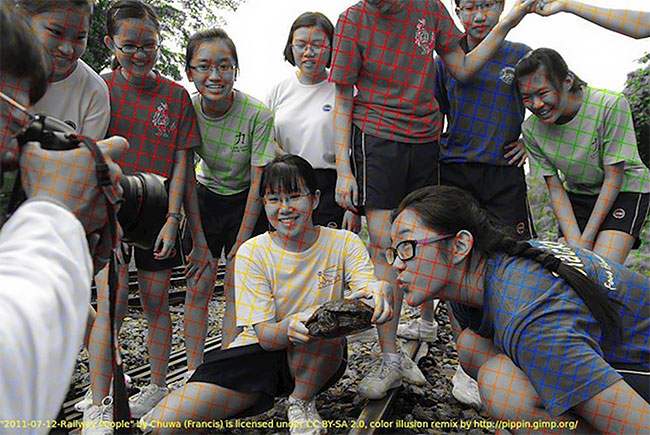 What do you see? This bizarre and apparently effective optical illusion is sweeping the internet because it turns an ordinary black and white photo into a color one. I say apparently because somehow it doesn’t quite work for me, I only see annoying colored grids all over the photo! 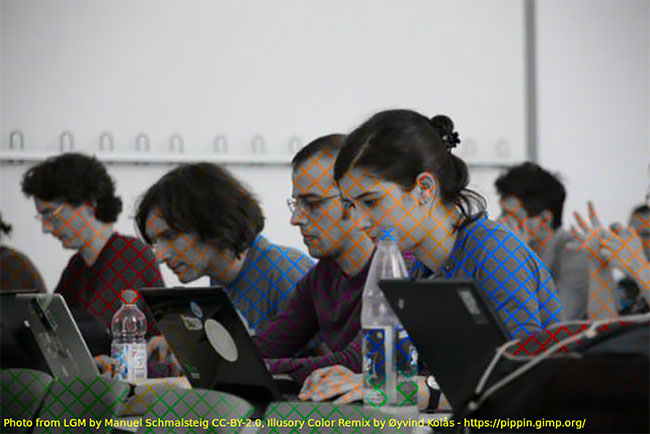 The image, created by digital media artist and software developer Øyvind Kolås, tricks your brain into ‘filling in the gaps,’ taking the cues from the colored lines to predict what the rest of the picture should look like. Kolås calls the experiment a ‘color assimilation grid illusion,’ and is simply different colored grids laid over a greyscale photo. 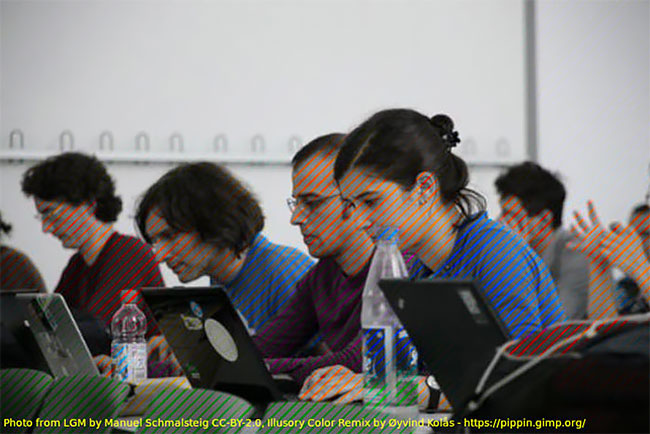 It isn’t only grids that have the desired effect, although they appear to be the most effective for most people. Dots and lines also work to create the illusion in a similar fashion, with the lines working best to produce overall color for me personally. 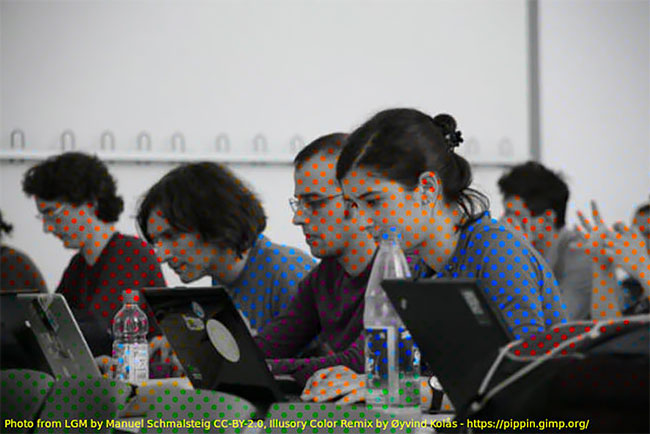 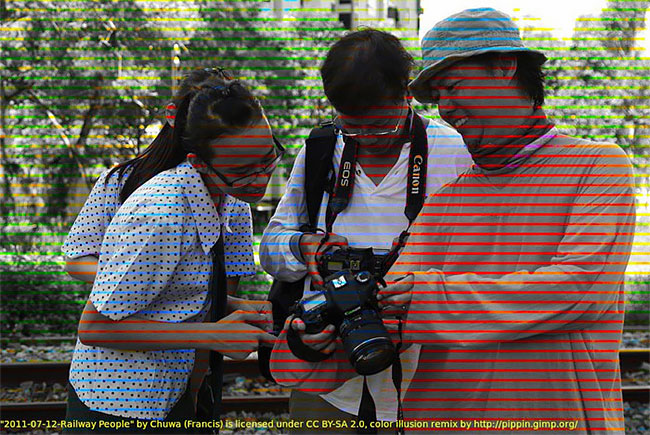