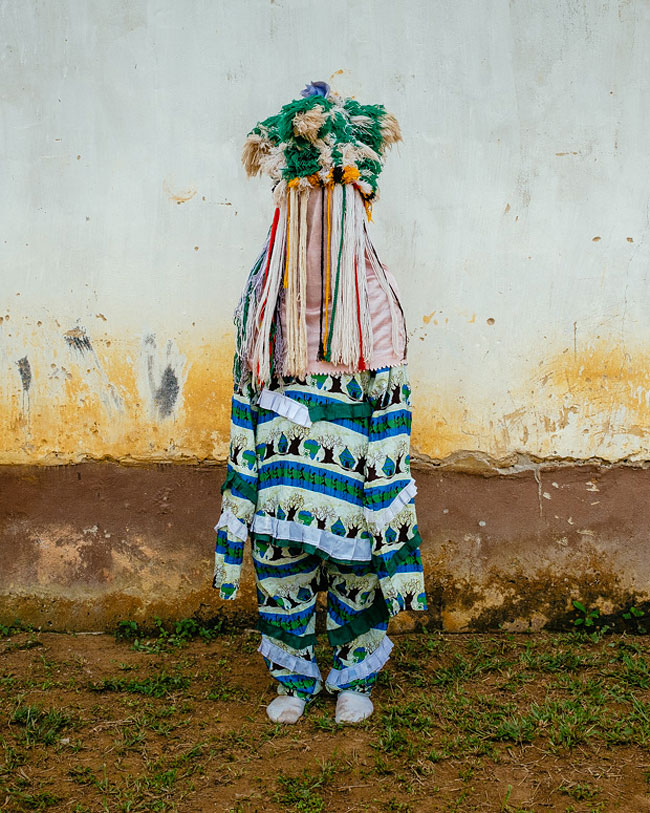 The Liberian dancing devils assume the role of bush devils, spirits that originate from the spiritual world of the ‘Poro’, or ‘bush’. The communities they belong to have long been a part of the culture of certain ethnic groups that constitute present-day Liberia. In the Poro context, the dancing devils are not regarded as evil— they have the ability to inflict punishment on individuals, though this is only used to bring order to society. The devils used to dance only at traditional festivals, though with the arrival of the freed and freeborn American settlers in the 1800s, they brought their dance to imported Christian holiday celebrations such as Christmas. Despite the devils’ ability to adapt, the christian Americans became the ruling class and pushed these unorthodox traditional customs to the underground. 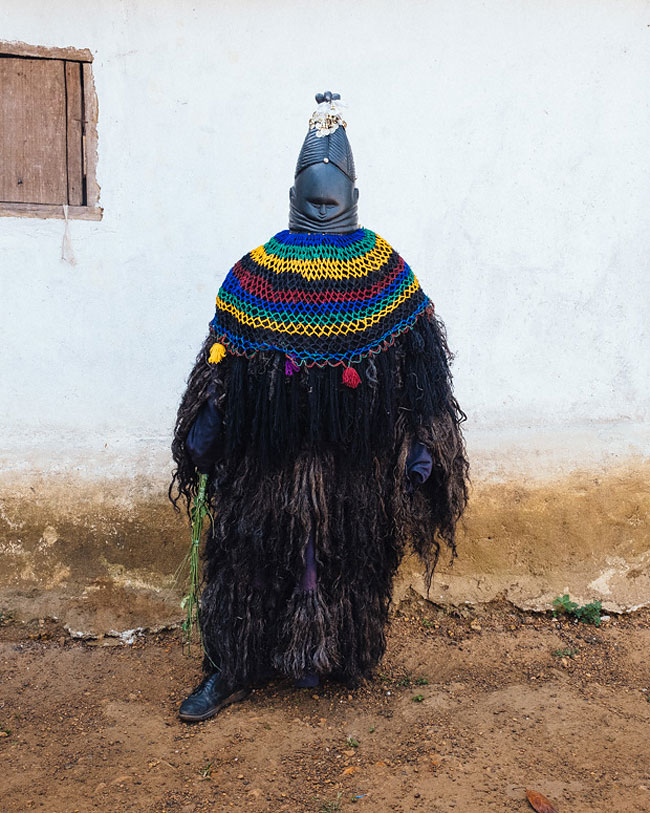 “It is said that if you photograph the Bush Devils (of Liberia), the pictures won’t come out” says British photographer Conor Beary, “whether or not there is any truth to that I don’t know, but I’m not to keen on the initiation process so thought I’d skip that and document the Dancing Devils”. 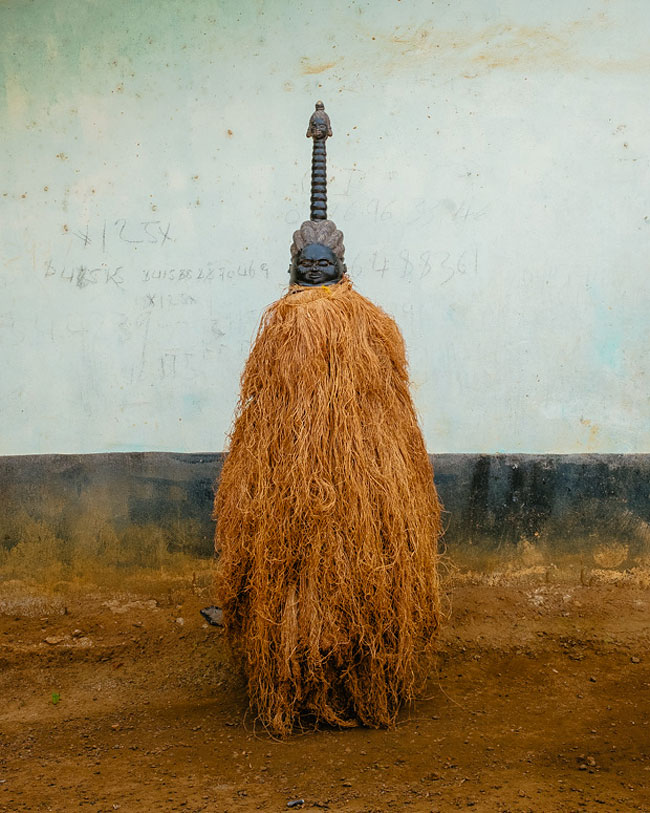 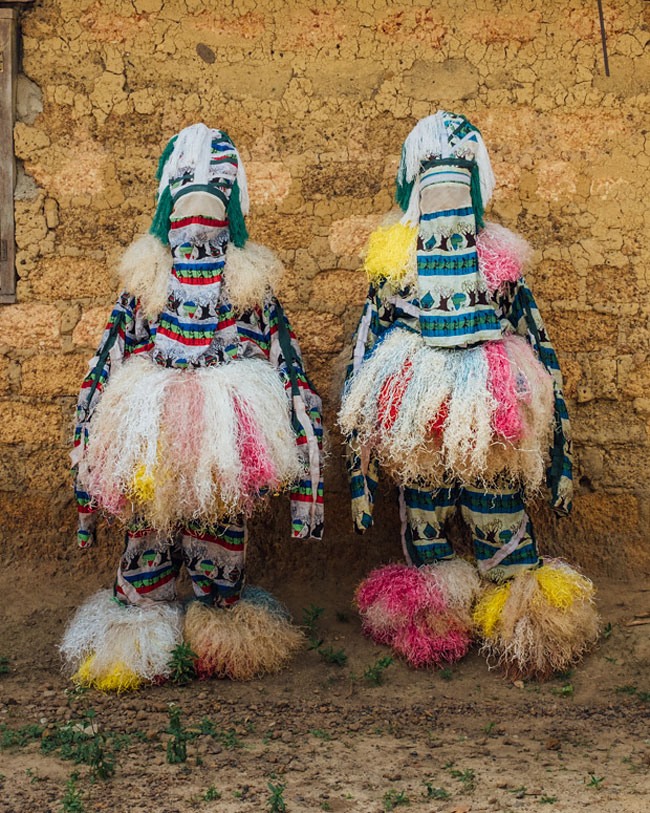 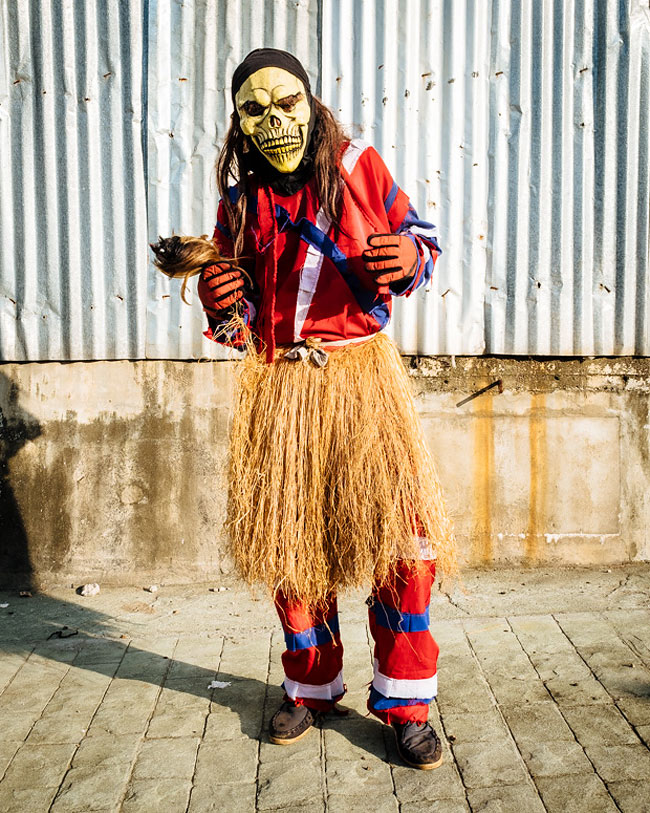 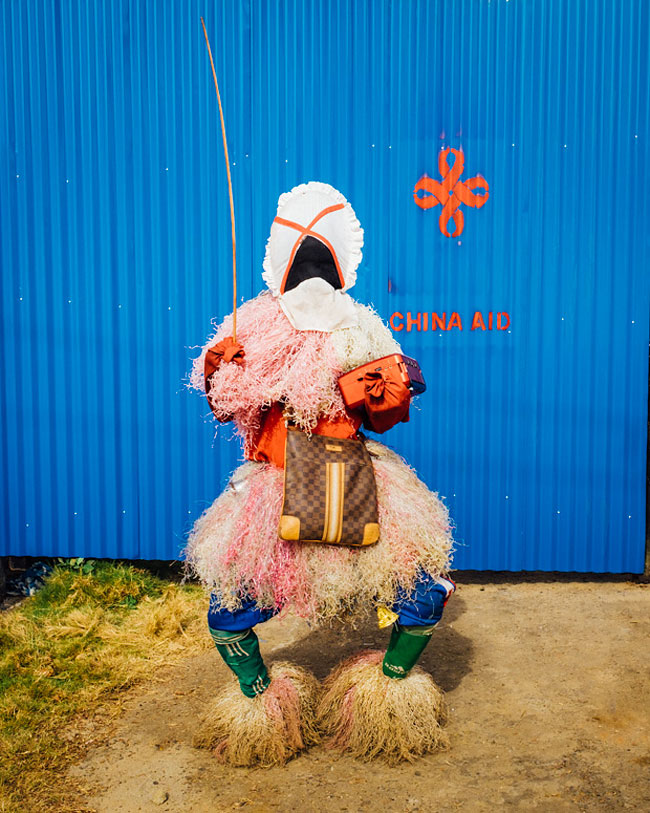 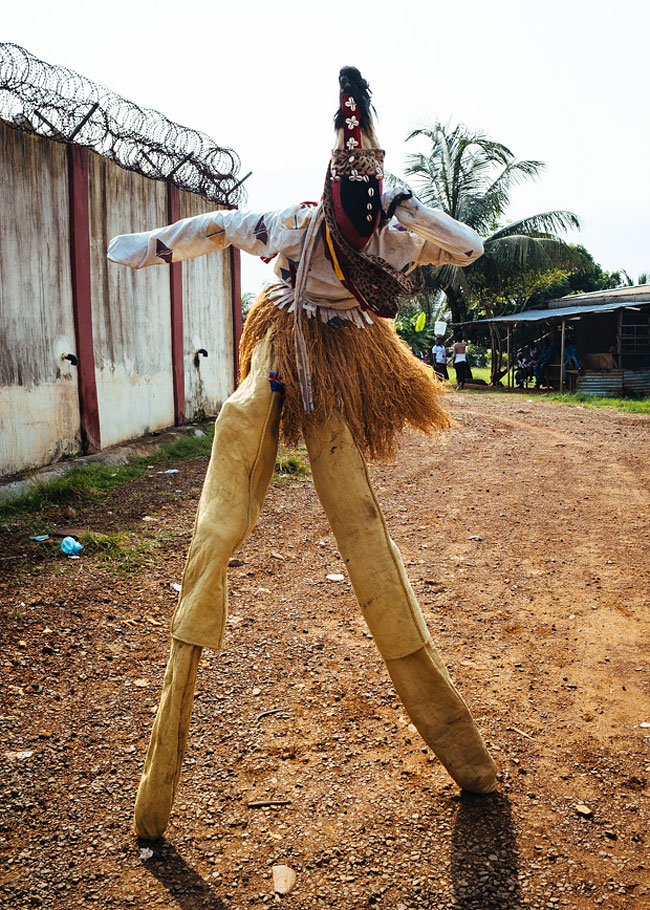 Napoleon’s Veterans Have Been Brought To Life In Color
Photographer Captures Intimate Portraits Of Kids Posing With Wild Animals
The Best Photographers Of 2021 FdB Wedding Photo Awards
Ballerina And Flowers A Photo Series About The Resemblance Of The Two Elegances
Polish Photographer Katarzyna Niwińska Creates Magical Slavic Fairytale, It Is Mesmerizing
“Got Toddlered”: This Humorous Instagram Account Shows Parents Before And After Kids
Photographs of Excited Dutch Boys Hanging on a Moving Train After the Liberation, 1945
Fascinating Photographs Of The World's Biggest Albino Family
The Art of Science: Olympus Image of The Year Award Announce Its Winners for 2021
Italy-based Artist Cristina Guggeri Shows World Leaders Pooping In New Series Of Images Called “The Daily Duty”
2014 National Geographic Photo Contest, Week 5
Meet Ilya Shtutsa, The Master Of The Russian Street Phoptography
Close-Ups Of Golden Retriever’s Muzzle By Amateur German Photographer Are The Cutest
Creative Father Puts His 3 Adorable Daughters Into Funny, Eclectic Photo Manipulations
A Day at the MoMA with Bill Murray
These Photographs Of Fathers And Their Sons Reveal The Full Wonder Of Human Genes
Meet Georgina Burke, The Plus-Size Model Who's Changing The Game
Beautiful Vintage Portraits of Björk in the 1980s
Don't Look Down: This Collection Of Mind-Boggling Photos Is Sure To Send You Dizzy
Photographer Amanda Jones Shows A Dog’s Love Is Timeless
Fascinating Photos Documented Everyday Life At A Fast Food Burger Restaurant of Washington In The 1970s
Ridiculously Stunning Astrophotography By Leo Resplandor
Beautiful Vintage Color Photos of Holidaymakers at Southend-on-Sea in 1953
"The Unruliness of Leisure": Photographs of European Summers from 1979-1984
dancing, devils, liberia, photographs