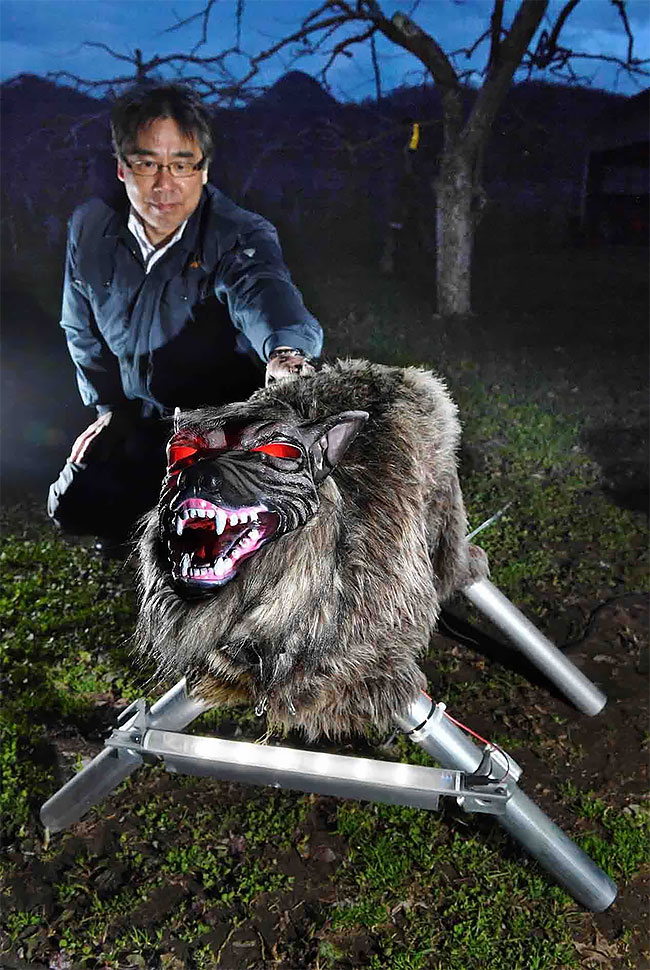 A wolf-like robot to drive away wild animals that cause damage to agriculture has been introduced on a trial basis in Kisarazu in southwest Chiba Prefecture in Japan.

According to the agricultural cooperative association JA Kisarazu-shi, the robot is almost the same size as an adult wolf. Named Super Monster Wolf, the robot is covered by fur and is baring its fangs.

The robot detects wild animals with an infrared ray sensor when they approach and intimidates them, flashing the red LEDs of its eyes on and off, and blaring 18 types of sounds in rotation, including a wolf’s growl, a human voice and a gunshot. The agricultural cooperative borrowed the robot for free from a Hokkaido company that developed it to keep away bears and deer.

A Kisarazu city government official said there have been no signs of wild animals or birds nearby since Super Monster Wolf was installed on July 11.

The Hokkaido company will start manufacturing the robot to order in September. Each will retail for about ¥200,000 (about $2,200). 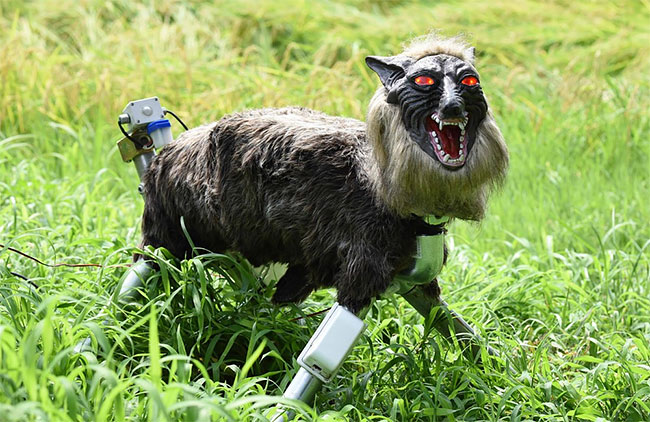 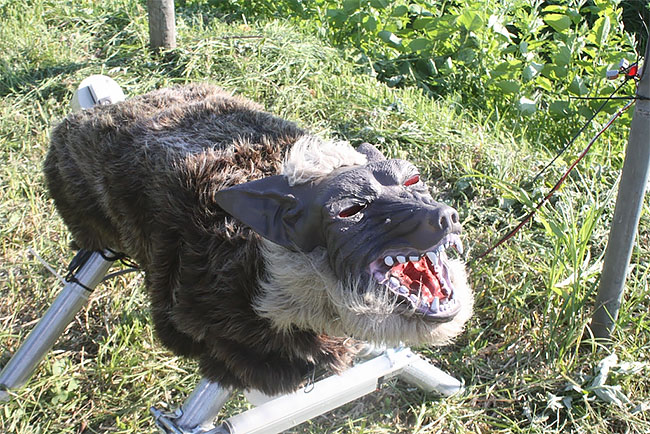 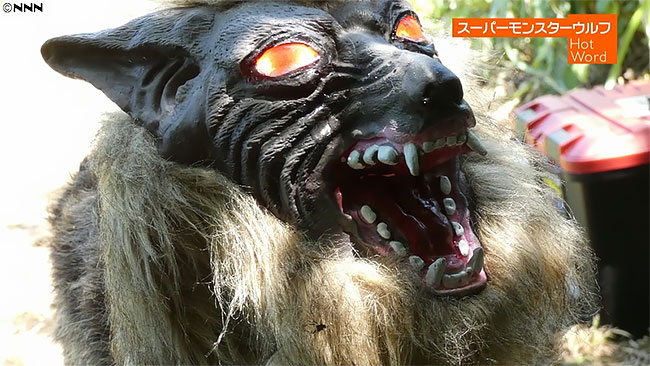 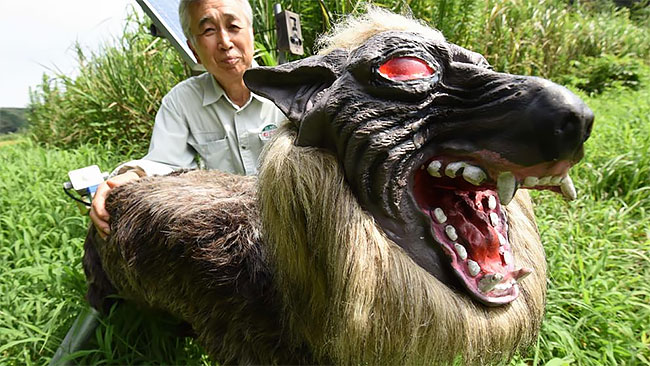