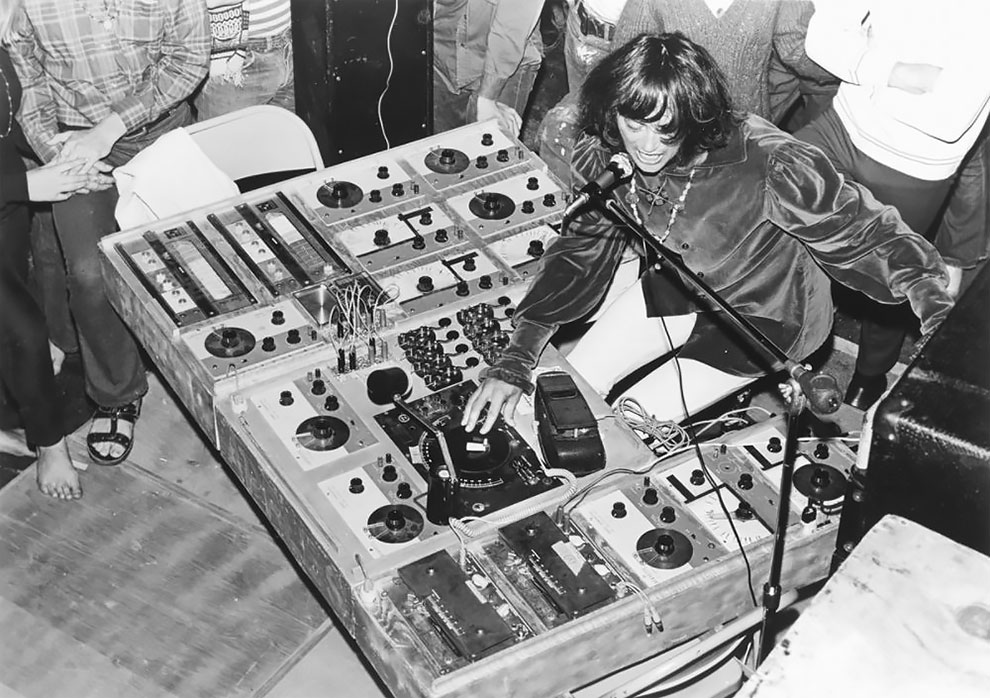 Silver Apples jammed with Jimi Hendrix, counted John Lennon as a fan, and produced extraordinary electronic music — with nothing but a drum kit and a pile of electrical junk. 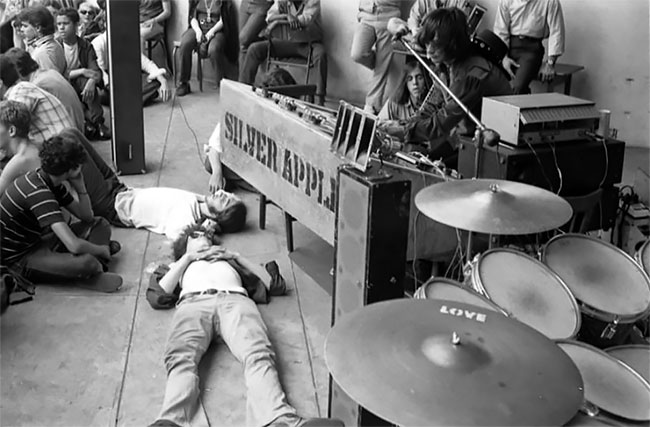 The band, electronics wizard Simeon Coxe and ace drummer Danny Taylor, deserve to be remembered as one of the handful of generally groundbreaking acts in late 1960s American rock. The New York-based duo’s June 1968 debut was perhaps the earliest album to incorporate breakbeats, found sounds and atonal noise into (more-or-less) conventional song structures, and at its best their beat-heavy electronic music still sounds dazzling and other-worldly. 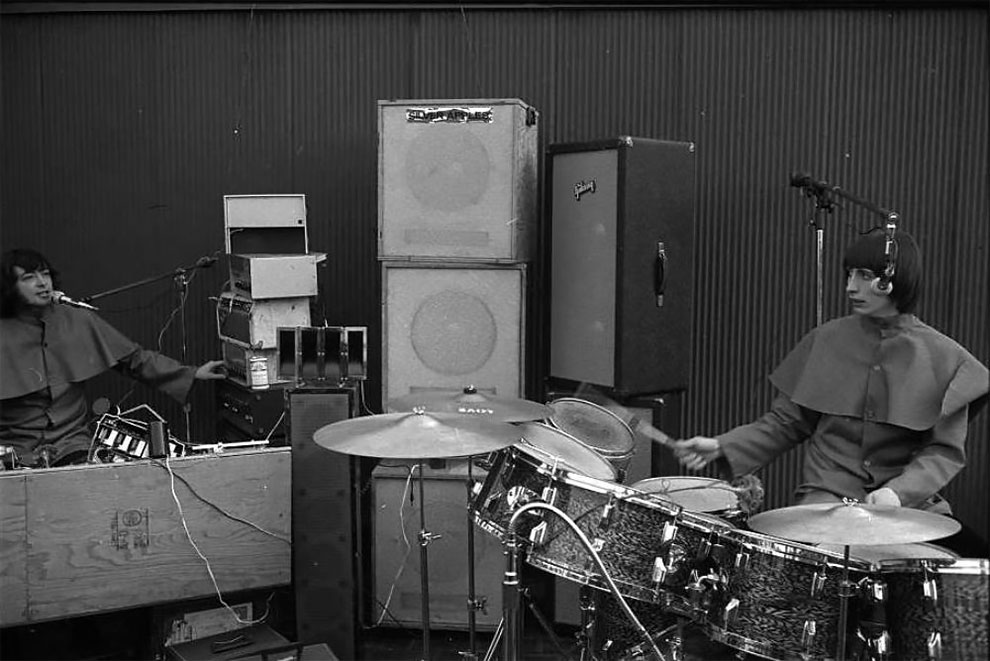 Their achievement is all the more impressive when one considers the sheer logistical complications (and frequent electric shocks) involved in mobilizing their battery of oscillators, generators and synthesizers.

Their two albums—Silver Apples (1968) and Contact (1969)— are uneven, but both contain astounding music, with flourishes that may be mainstream now, but must have sounded completely out-there at the time. As with most visionaries, they were little appreciated while in business, and not much original press concerning them exists. 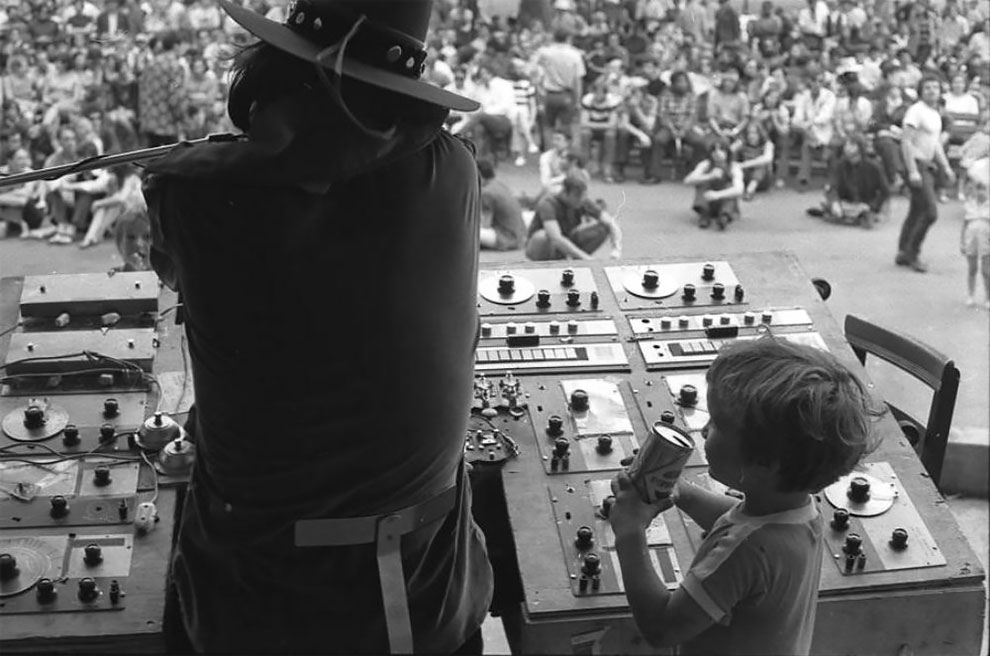 These amazing photos of electronic duo Silver Apples, taken by Syeus Mottel, come from two performances in New York City in the spring of 1968: a rooftop music industry gathering, and a public performance in Washington Square. 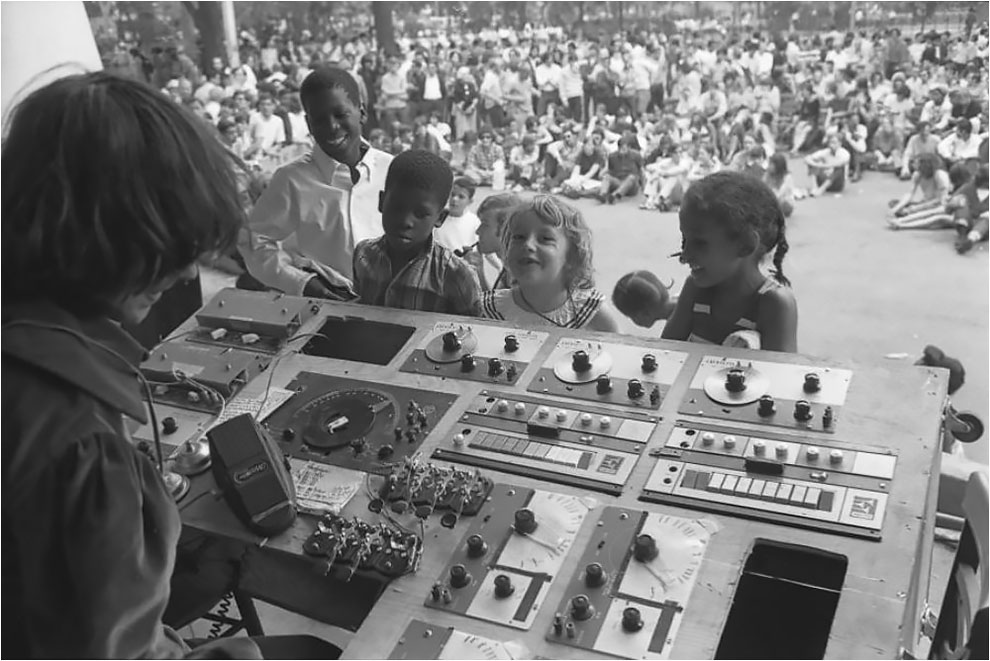 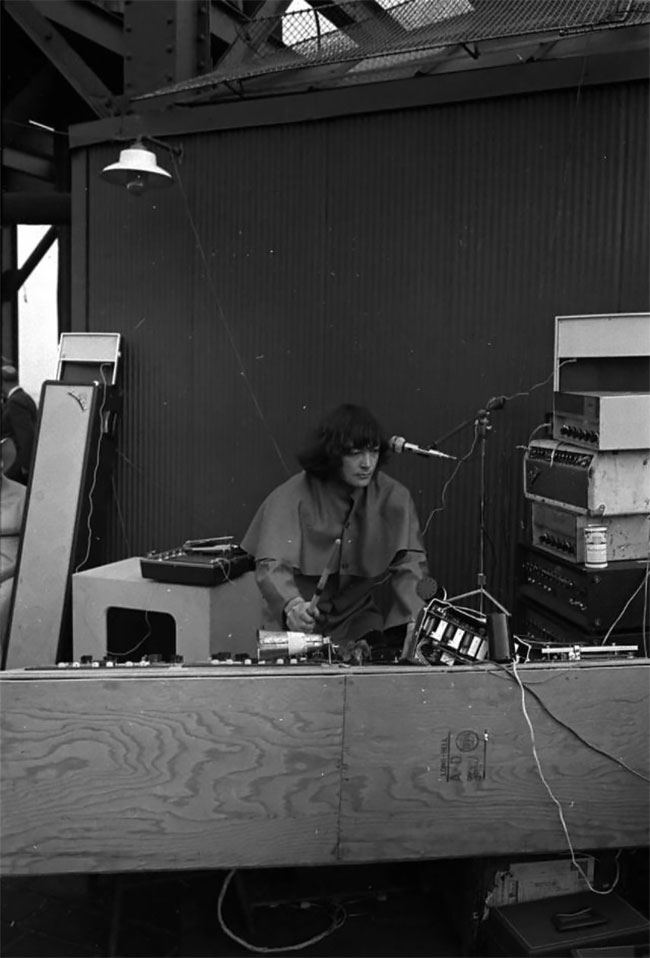 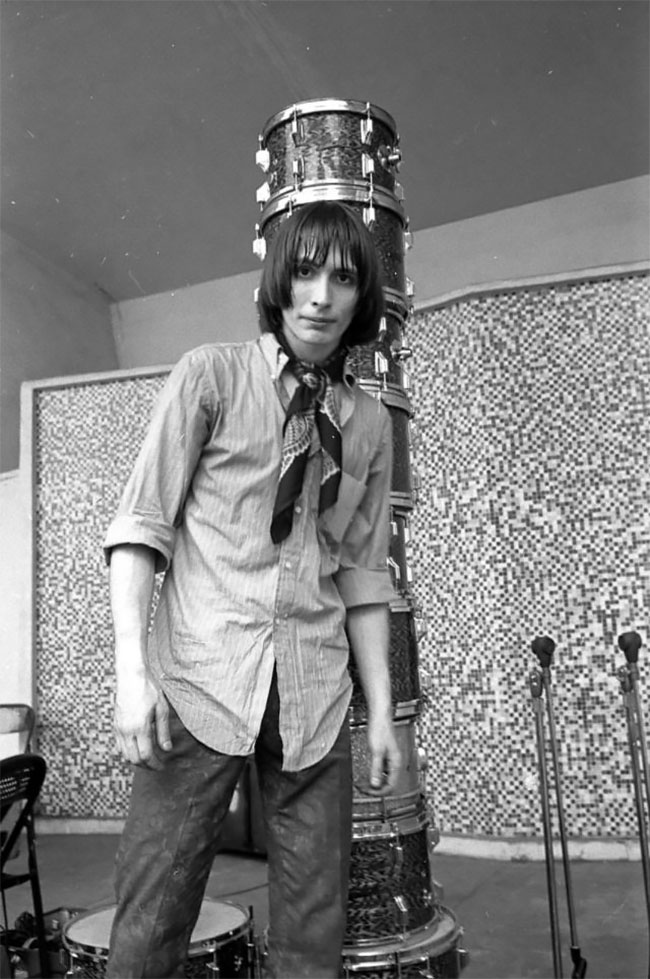 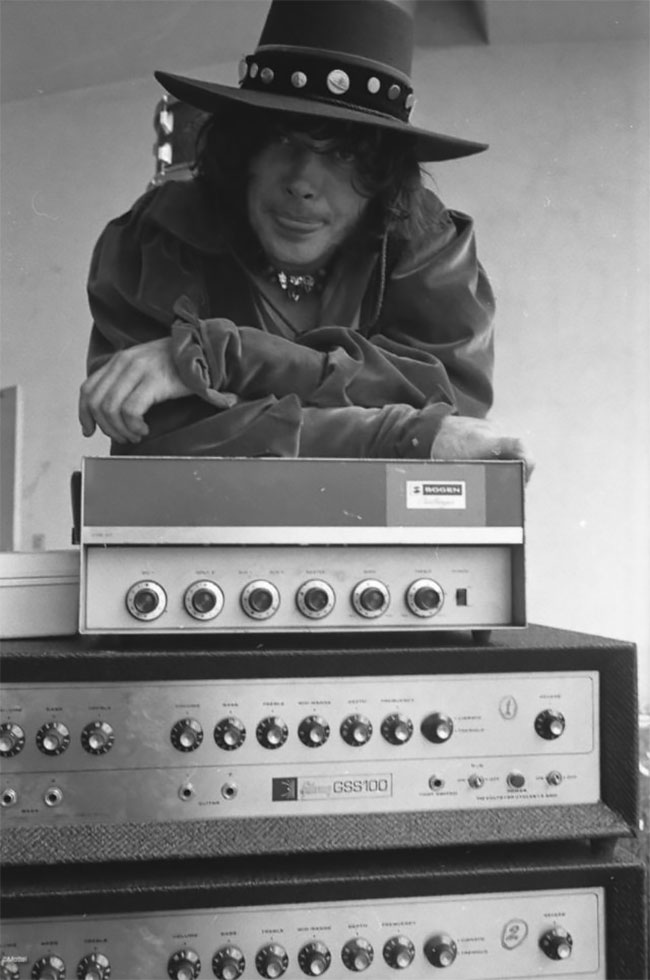 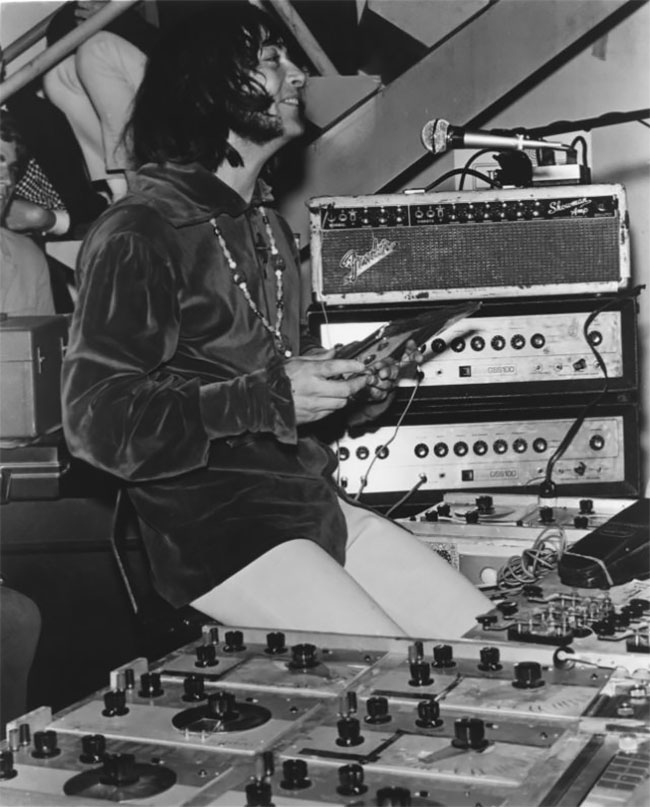 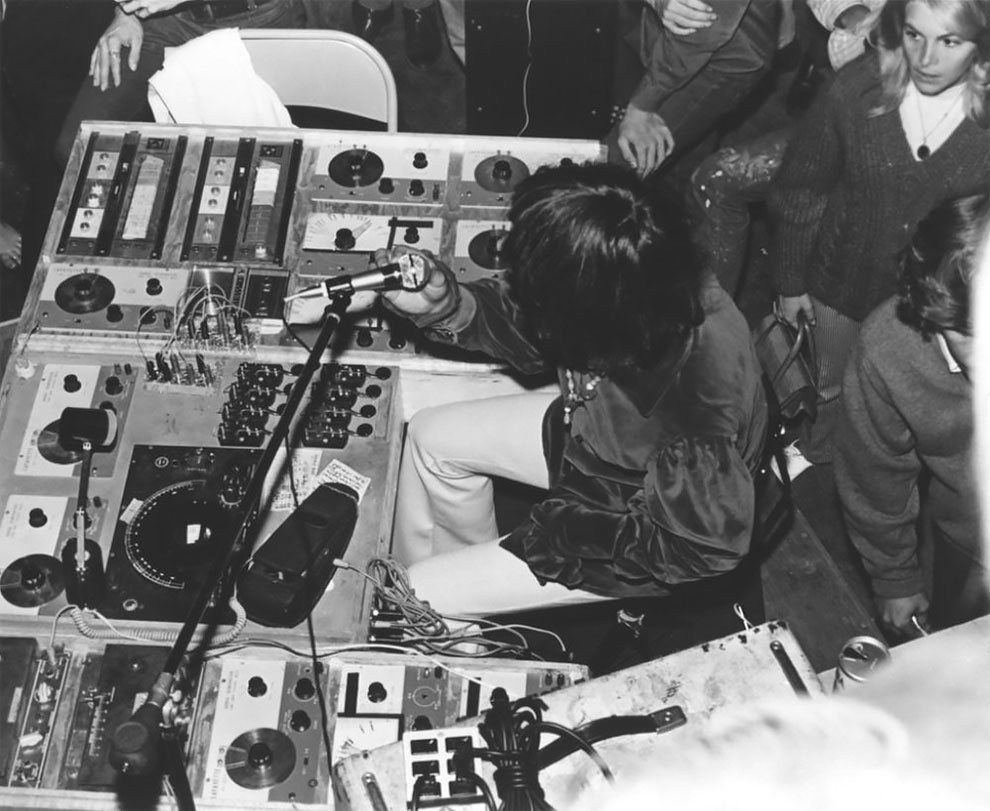 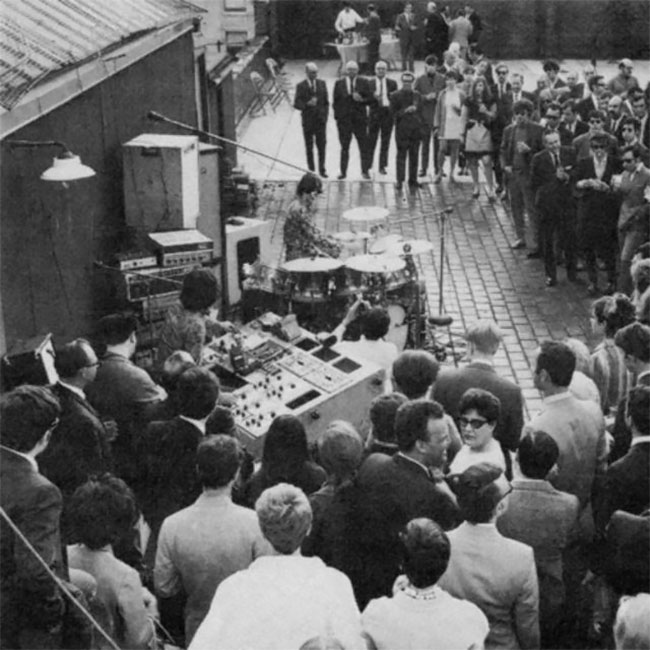 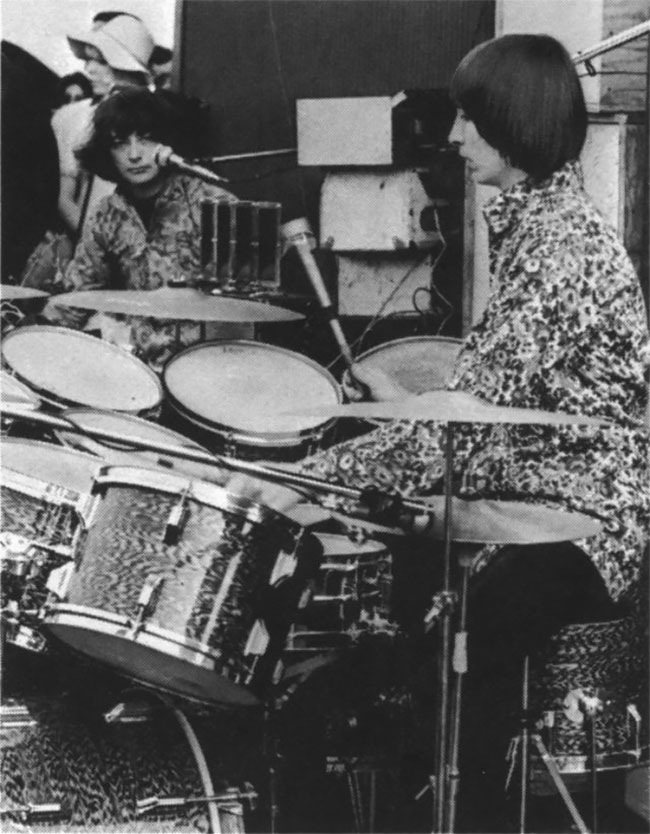 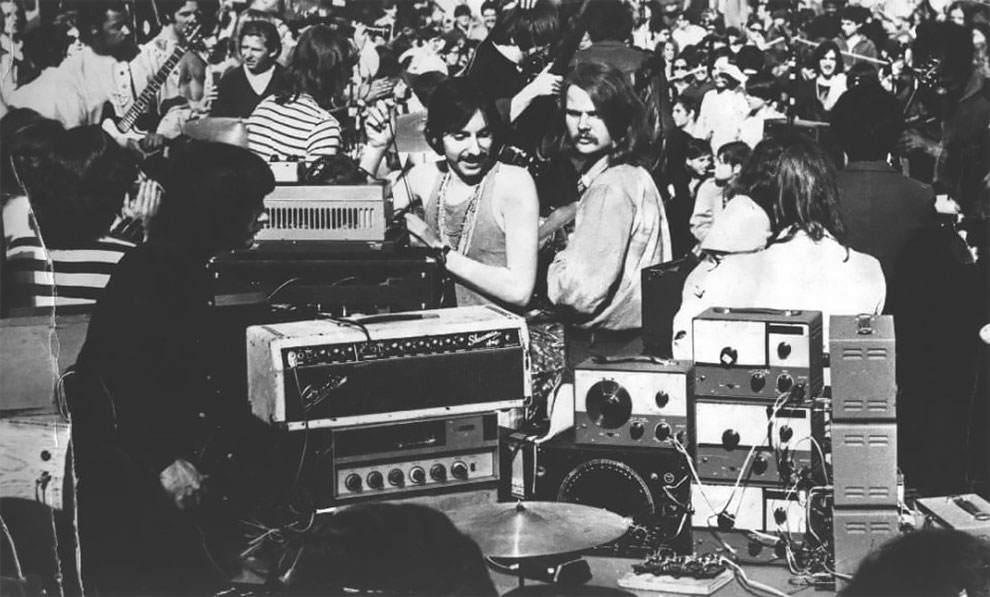 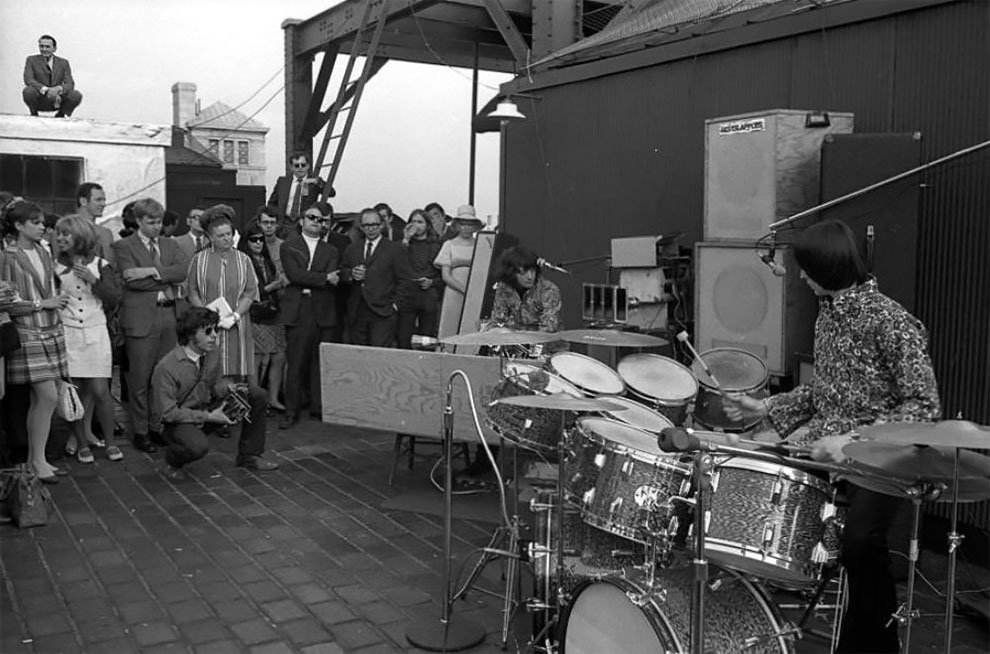 This Is What Can Happen When You Don't Use Your Computer For A Month
Stunning Photos of Cher Taken by Richard Avedon for Vogue in 1966
A.I. Helps To Answer What The Kids Of Famous Fictional Couples Would Look Like
Long Before Digitalization And Smartphones, Cool Snaps Show Ladies Posing With Their Cameras In The Past
A Collection Of 75 Worst Album Covers Ever. Probably.
"Rite of Passage": Striking Vintage Photos of Florida Spring Break in the ‘80s
Fantastic Photographs Of Native Americans In Ceremonial Masks, 1905-1915
Custom BMW R NineT Bike by Russian Custom Workshop Zillers Garage
Finder: Locate the Stuff where You Left
Concepts From Future Past: 1970 Ferrari Modulo 512
World's First Smart Virtual Store Opens in Korea
"Mersey Paradise": Photographer Tom Wood Spent Decades Photographing The Pubs, Clubs And Bus Rides Of Liverpool – And The People Who Inhabited Them
Design Studio Creates Stunning Retro 8 Bit Gaming Roller Blinds
1988 Bertone Lamborghini Genesis: Concept We Forgot
I Fought The Law: Photographs By Olivia Locher Of The Strangest Laws From Each Of The 50 States
Matt Lipps' Carefully Constructed Photographic Tableaus
"Jane Asher’s Fancy Dress": Over 100 Costumes for Children and Adults and How to Make Them, 1983
Bishop Castle - an Elaborate and Intricate One-Man Project by Jim Bishop
Joyful Illustrations of the Artist Who Misses Soviet Days
Wonderful Black And White Photos Of Rome In The Post-WWII
Secret Life of The American Teenagers in Urban Paintings by Mark Tennant
Inspired by Space 1999, a Miniature Volkswagen Space Transporter
Atmospheric Photographs of France in the 1940s Through a German Soldier’s Lens
Photos Of Tokyo In The 1970s Seen Through The Eyes Of A Canadian Who Moved There At The Time
1960s, dance, electronic, music, retro, Silver Apples, USA

Vintage Photos Of Two-Faced German Microcar Zündapp Janus From The Late 1950s
The Worst Metal Album Covers Of All Time
Funny Vintage Postcards Depict People Falling From Donkeys in Le Plessis-Robinson, France, ca. 1900
"Rite of Passage": Striking Vintage Photos of Florida Spring Break in the ‘80s
Evolution of The Planet of the Apes
The America We Lost: Fascinating Found Photos Show How Life of the US Looked Like in the 1960s
Weird Kafka-Style Anatomies, Fantastic Creatures And Fancies Chart By Camille Renversades
Ibuki Is The 10-Year-Old Android Child That Will Haunt Your Dreams
25 Rare And Cool Polaroid Prints Of Teen Girls In The 1970s
Moscow Visited by Titan the Robot
Source of inspiration since 2007. Proudly hosted by WebHostingBuzz.
Privacy Policy · Terms of Service · Content Removal Policy 🇺🇦 ❤️