The Isolator: This Insane Anti-Distraction Helmet From 1925 Would Fit Into Any Modern Open Office Maybe you blame your smartphone or your open office for the fact that you can’t concentrate at work. But distraction isn’t exactly a new problem: In the 1920s, Hugo Gernsback published a design for a creepy-looking helmet that blocks out sound and vision so someone can focus on their work. As a writer, editor and inventor, he had a lot to do and no time for distractions. And yet, they lurked everywhere he looked. So, he created something he called “The Isolator”.

A full-face helmet made from solid wood, Gernsback’s invention claimed to cut out 95 per cent of any noise bothering the wearer. Another handy feature was the minimal vision it allowed. A small piece of glass granted the person wearing it sight, but even that was painted black, with only a thin segment scraped clear to allow you to see paper in front of them.

The good (and maybe bad) of being both an inventor and publisher, is no one can stop you publishing images of your own ridiculous inventions. This contraption was featured in Gernsback’s own magazine, Science and Invention, in 1925.

Later, the inventor added an oxygen tank when it was found wearers were getting sleepy inside the quiet, dark and – as it turns out – carbon-dioxide-filled helmet.

Laugh all you want, but it seems as though the Isolator may have actually worked – at least for Gernsback. His editing and writing output was so vast that some now dub him the Father of Science Fiction. 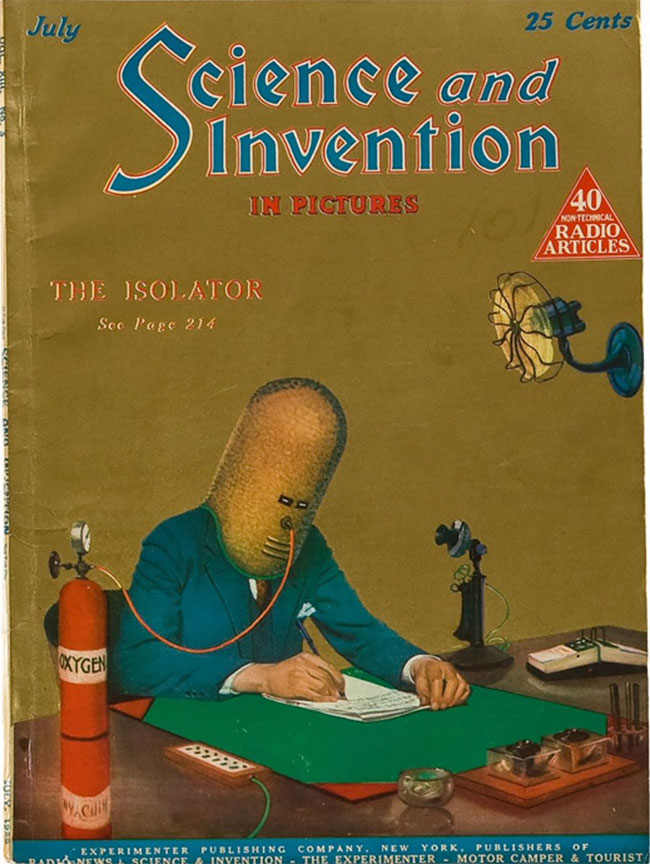 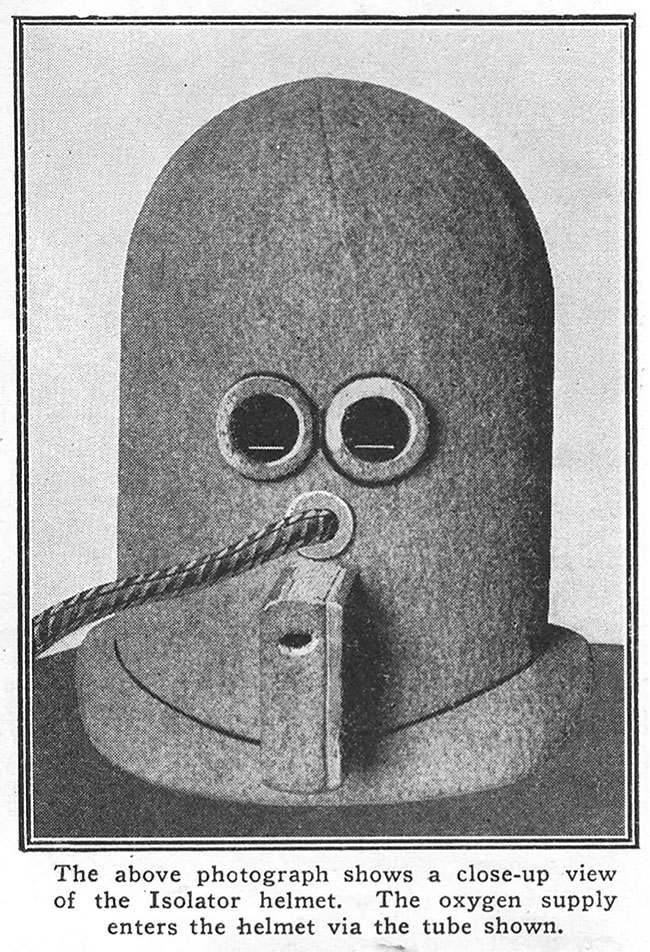 Small is Beautiful!
Robot Restaurant in Eastern China
Welcome to Sweden, Facebook!
Anthropocene Mapping: The Human Influence On Earth
Stunning Pictures Show What Traffic Jams Looked Like In The Past
Watch This Russian Piece Of Junk Transform Into The Van Of Your Dreams!
Don't Wait to See How The Earth Gets Old With Greenpeace Russia's EarthApp
26 Feet Tall Dinosaur-Shaped Mechanical Suit Robot Performs In Tokyo
Glen Canyon Dam in Page, Arizona
Microbes On 8-Year-Old Boy’s Handprint After Playing Outside
The 1964 Dodge Power Wagon Crew Cab By Icon
The Buddha-Bot: Chinese Temple Enlists Mini Monk Robot To Boost Teachings
This Guy Came Up With A Plan To Turn Any Backyard Into A Beach
This 3D Printed Coffee Table Shows Art As Seen Under The Microscope
APWorks Introduces Light Rider, The World’s First 3D-Printed Motorcycle
Coolest, Weirdest And Fastest Racing And Concept Cars Built In The USSR
Luxury 'Doomsday Bunker' Will Allow 34 Super Rich Families To Survive The Apocalypse
Next Gen Pollution & Viral Filtration Mask With Botanicals
Superb Yamaha Swan-Like Scooter With Insect Wings Will Make You Feel Like Flying
1969 Buick Century Cruiser: The Concept Car That Believed You Only Live Twice
“Auto Polo”: The Ridiculously Dangerous Auto Sport Of The Early 1900s
Eagles vs Drones: Dutch Police To Take On Rogue Aircraft With Flying Squad
40-Foot Studebaker President: The World's Biggest Passenger Car
Men In Black 3: Special Effects Make-Up
Latest Fight Over Guns in US is Selling of “Unfinished Receivers”
Disabled Children's Superhero Dreams Come True
Punkt. DP 01 Cordless Phone
Honeywell Kitchen Computer, The $70,000 Machine That No One Bought In The Late 1960s
Underclothes That Display The 4th Amendment When X-Rayed By TSA
The FJ Company Did A Beautiful Job On This Classic Toyota Land Cruiser
helmet, invention, Isolator, retro, technology