Nothing More Inspiring than Disney Princesses as Hotdogs 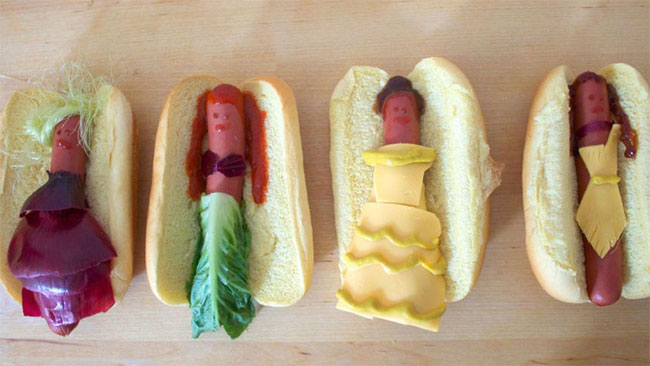 Craving some Disney magic? Just take a pointer from Anna Hezel and Gabriella Paiella and make a disney princess hotdog. Whipping up one of these creative snacks might just satisfy your Disney hunger for a while and it’s a whole lot cheaper than a trip to Disney Land. 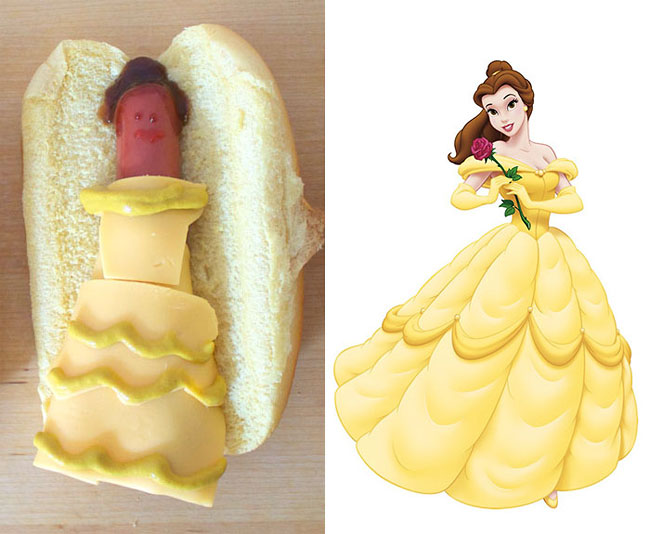 This quirky hotdog tutorial was created by the Anna Hezel and Gabriella Paiella of the food website LuckyPeach when they realized that Disney Princesses had been “reimagined” in pretty much every way possible, except for hotdogs. 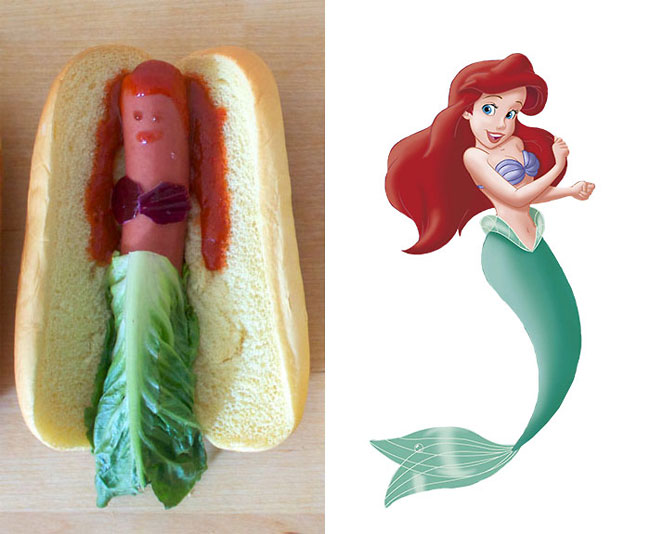 “With that in mind, we put our heads together and thought about what kinds of Disney princesses would inspire us the most,” the ladies write on their website. “And obviously we thought of hot dogs. Disney has never created a princess who was a hot dog (dumb, in our opinion). Imagine if all of their princesses were hot dogs. So inspiring. Wow.” 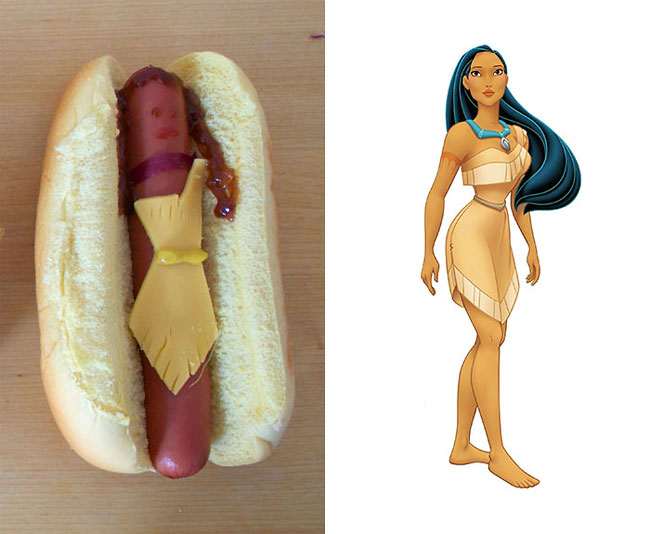 The tutorial covers how to make a Rapunzel, Ariel, Belle, and Pocahontas hotdog. And the resemblance between the hotdog princess and original princess is surprisingly strong. Just take a look below! 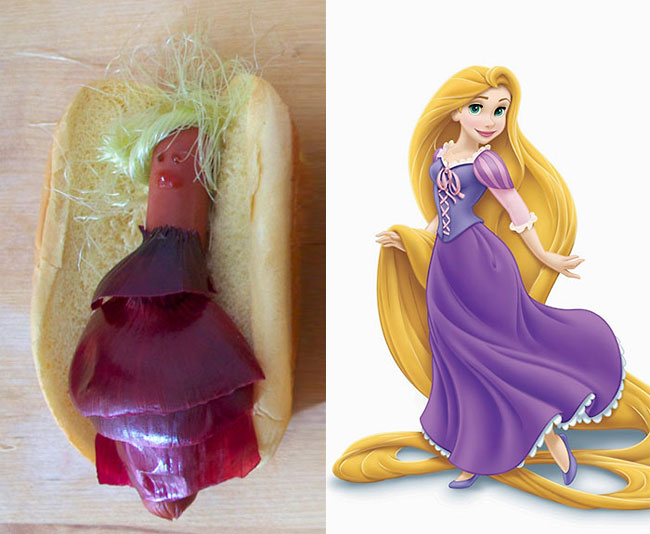 A Built-In Dog Bed Was Created In This Living Room Wall
This Soccer Team's Angry-Faced Mascot Will Haunt Your Every Waking Moment
Papertrophy – Life-Size Polygon Shaped Paper Sculpture For Your Home By Holger Hoffmann
With This Ride-On Trump Costume It Looks Like Donald Is Giving You a Piggyback Ride
An Amazing Eleven Candle That Bleeds From The Nose
Fierce Viking Hairstyles For Modern Day Valkyries
This Teacher Wears Anatomical Bodysuit To Class
15 Hilarious Design Fails That Prove You Should Always Hire A Designer
The Fascinating World of Japanese Matchboxes - Vintage, Simple, Elegant
Father Of The Year Builds An Amazing Bedroom For His Son
2007 ‒ 2023 by Design You Trust. Proudly hosted by WebHostingBuzz.
Privacy Policy · Terms of Service · Content Removal Policy ❤️ 🇺🇦