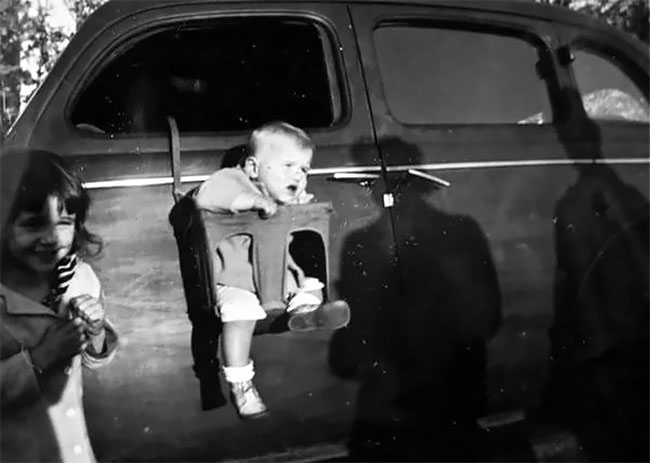 Car seats today are standardized and must follow strict safety regulations. However, it wasn’t that long ago that rules didn’t exist. The Bunny Bear Company made child seats in 1933, however the devices were mainly intended to stop kids from moving around the car. 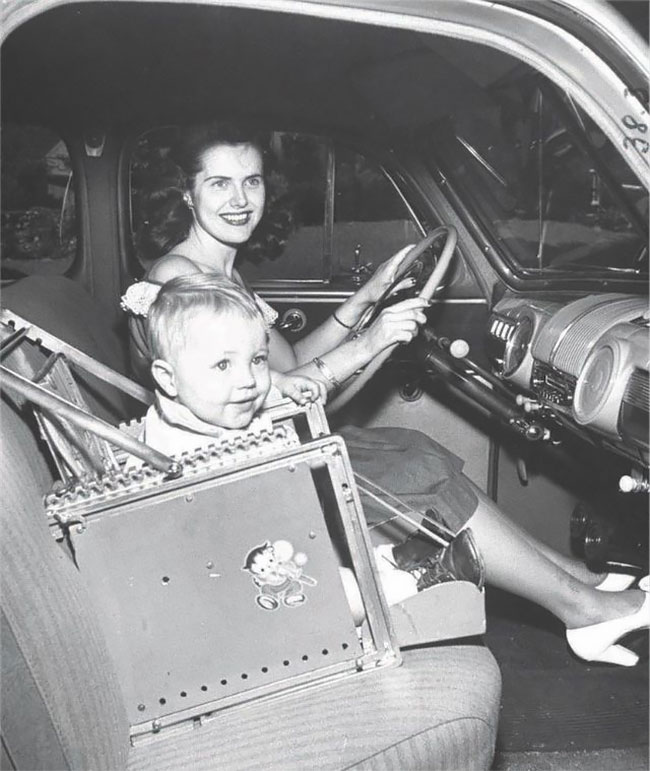 By the 1960s, the ring, the bottle and the teat protector were being manufactured out of polypropylene. Car seats were originally designed as booster chairs so children could look out the window of a moving car. It was only in 1962 that the first safe car seats were designed. These functioned as both booster seats and safety precautions for children in cars. 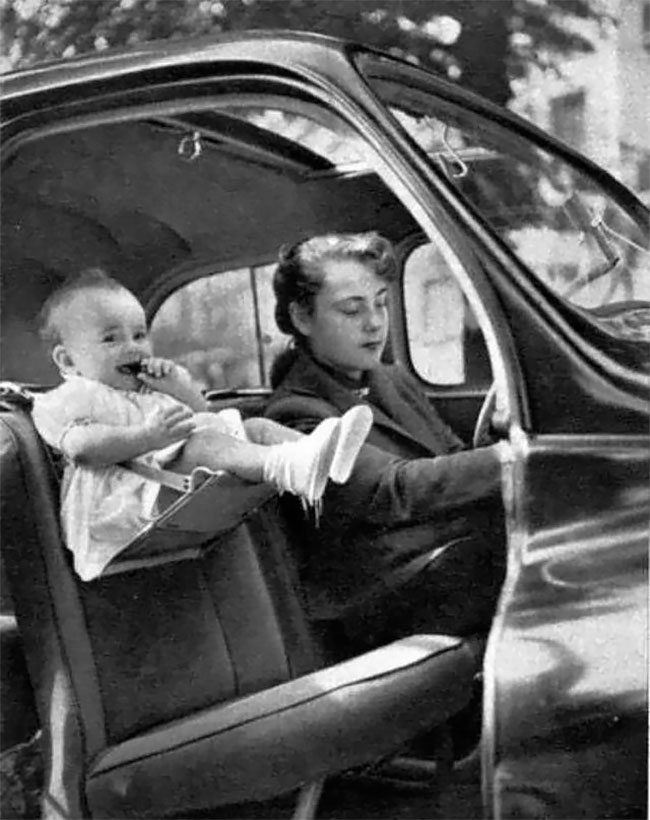 Child safety wasn’t top of mind until the late 1960s and early 1970s when General Motors came out with the Infant Love Seat and the Ford Motor Company released the Tot-Guard. 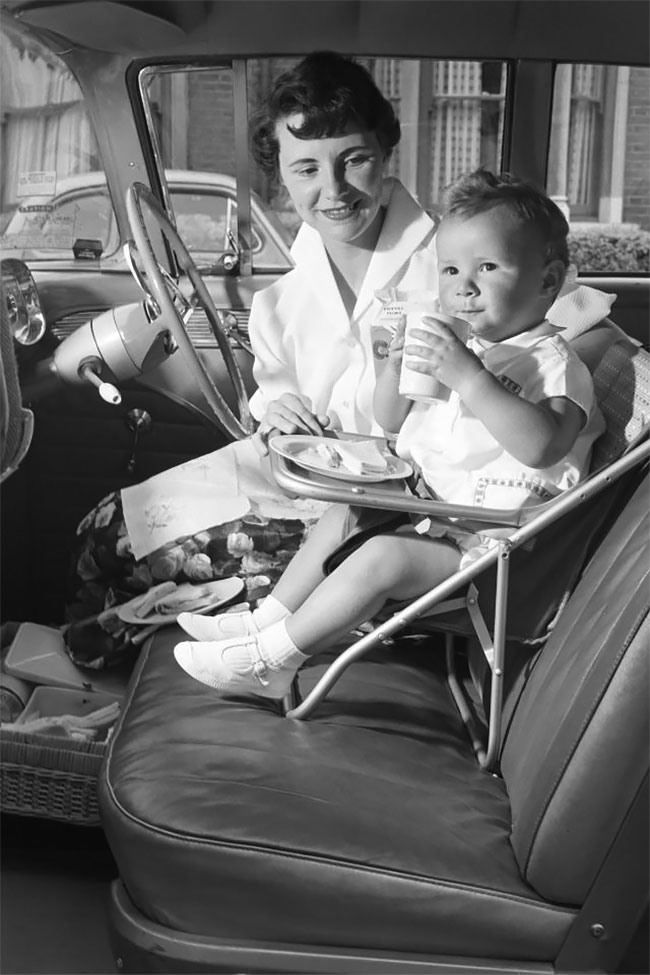 The National Highway Traffic Safety Administration (NHTSA) set the first standards for car seats. In 1971, drivers were required to use child car seats, using the standard seat belts. However, this law was not usually enforced. 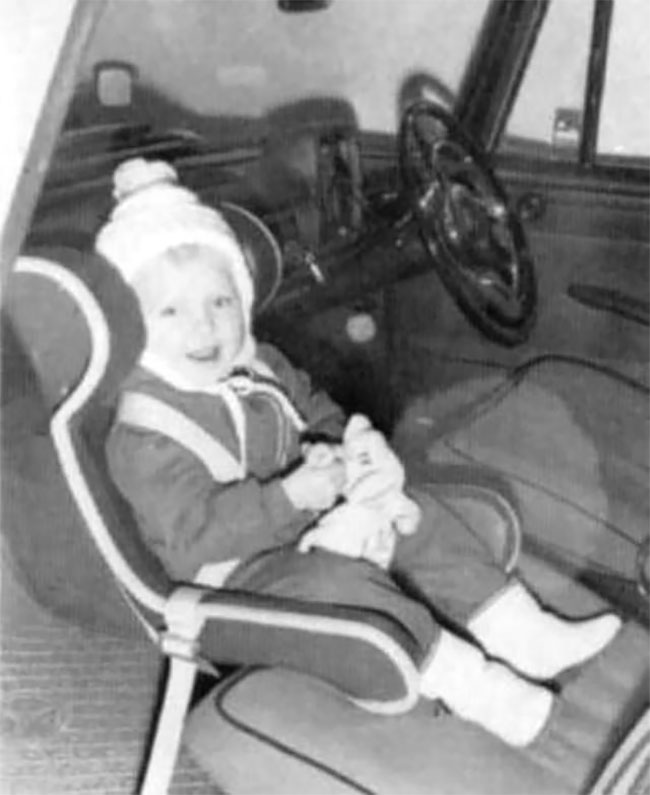 By the 1980s parents and the laws became more sensible and car safety for children was a top concern. All children under certain ages were required to have a proper car seat. Police started enforcing the laws, though inconsistently . 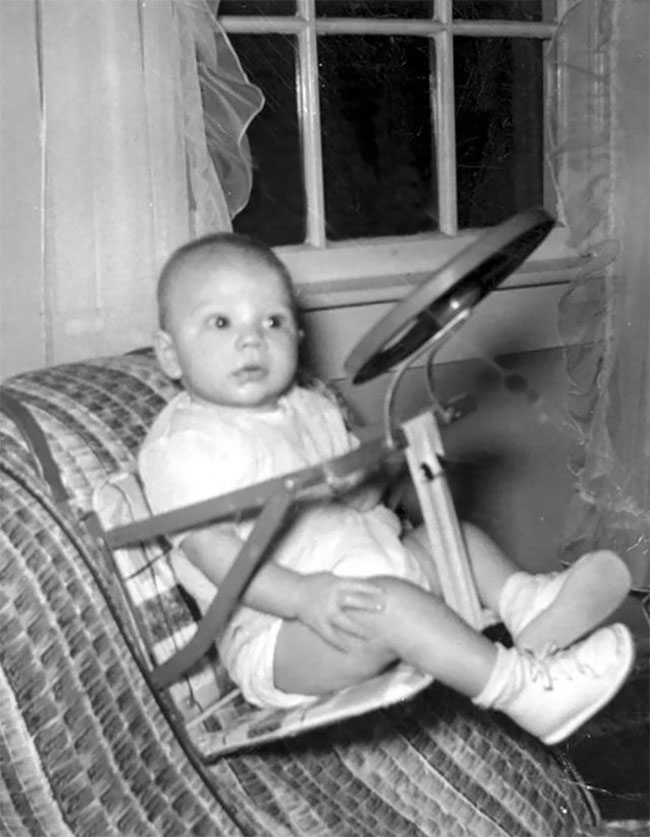 Whether you are a parent, grandparent, bus driver, neighbor or friend keeping our children safe in the car is of utmost importance! 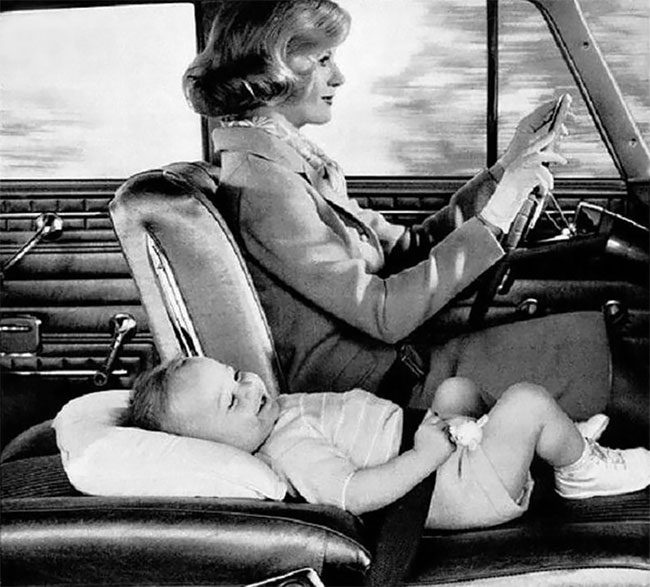 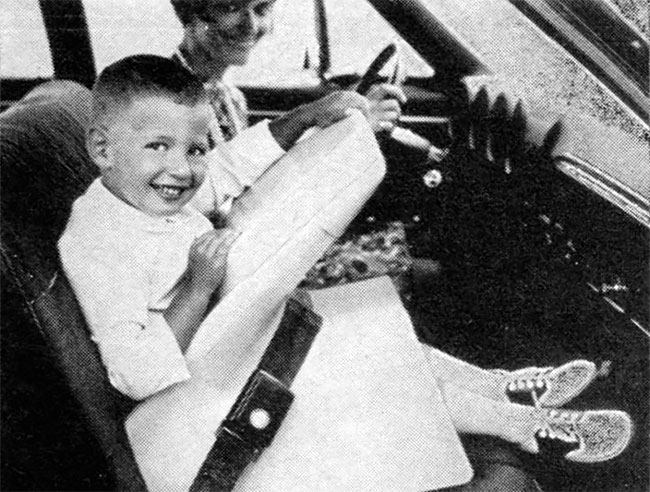 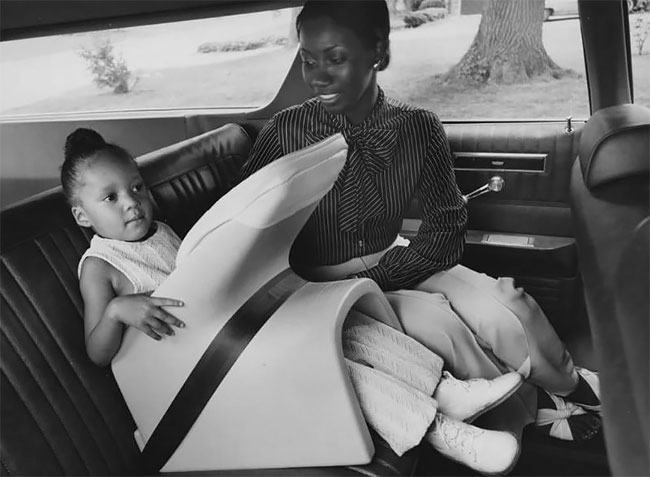 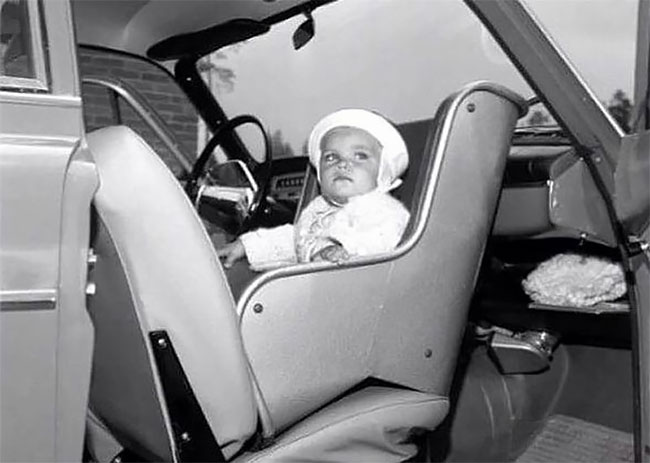 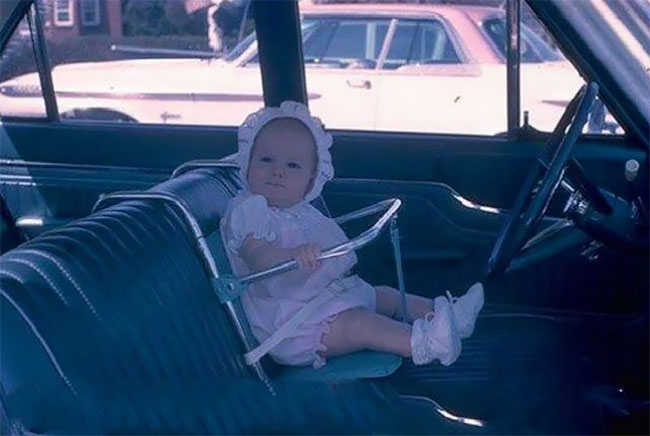 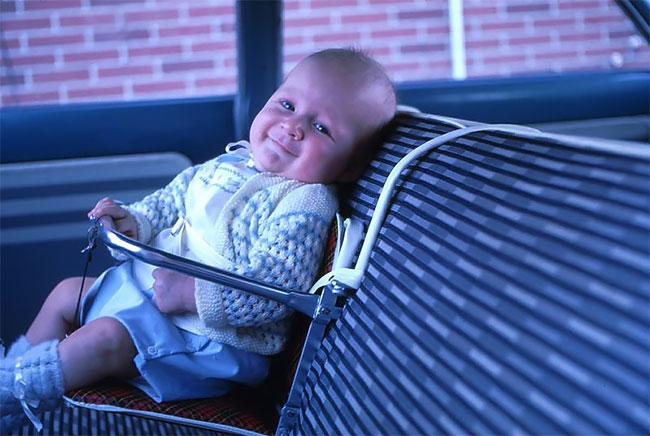 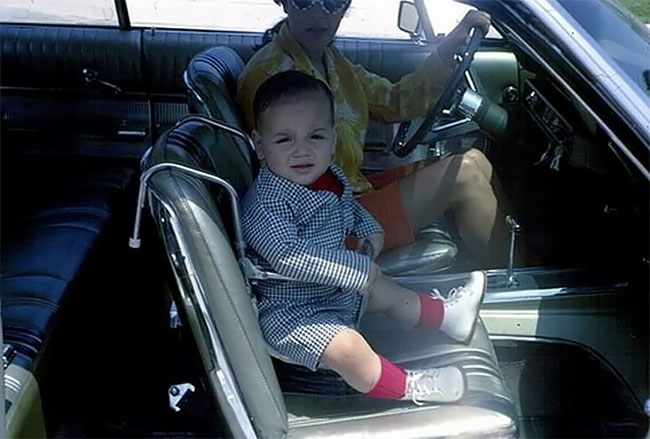 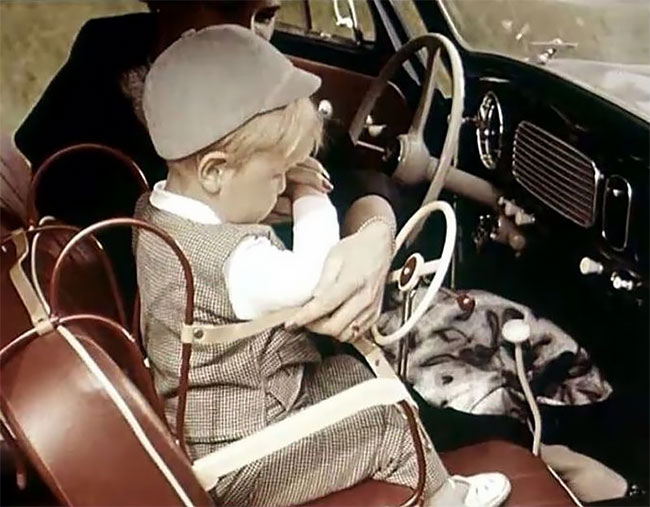 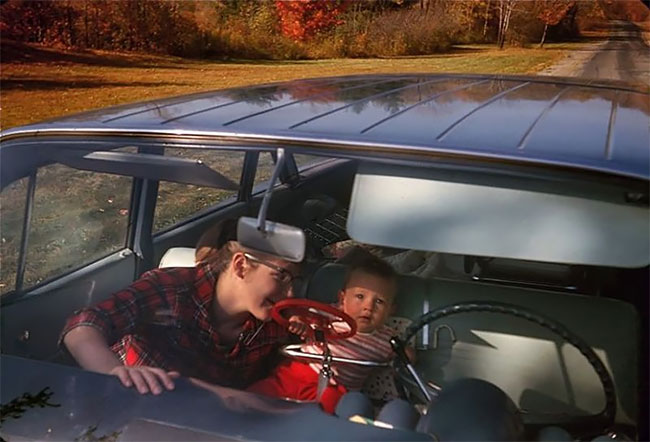 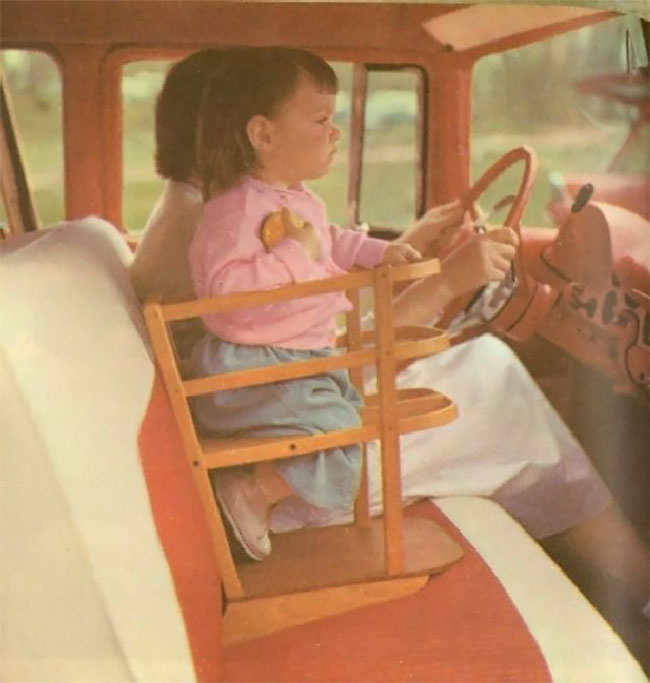 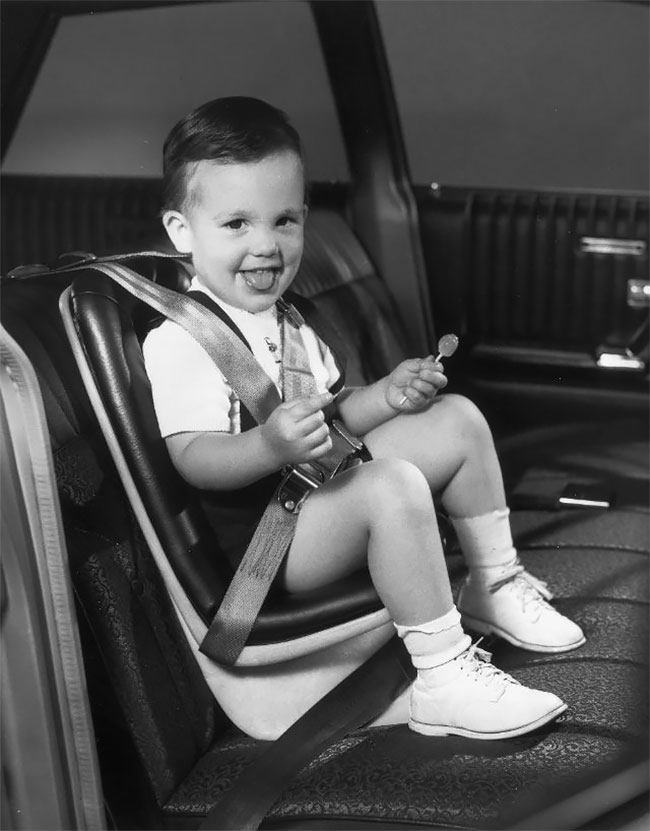 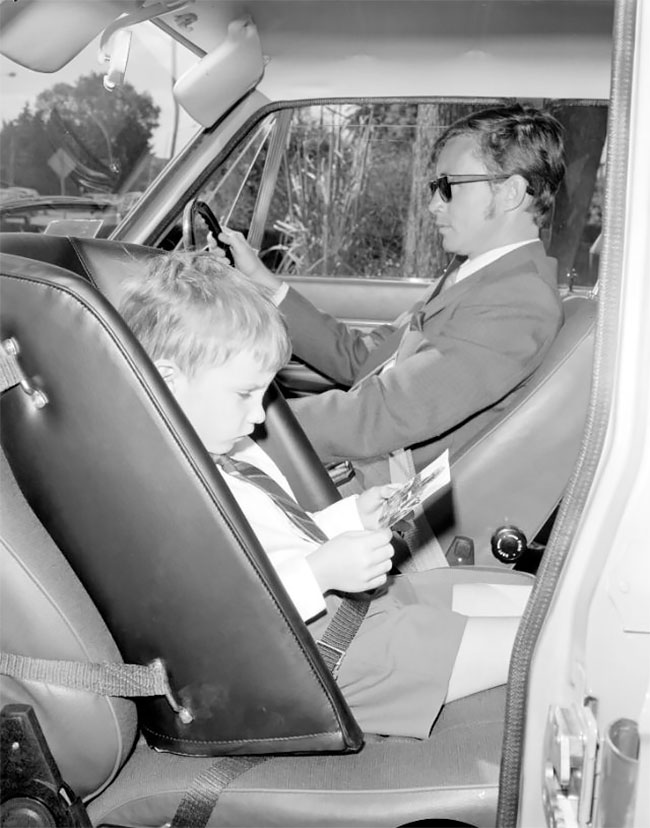 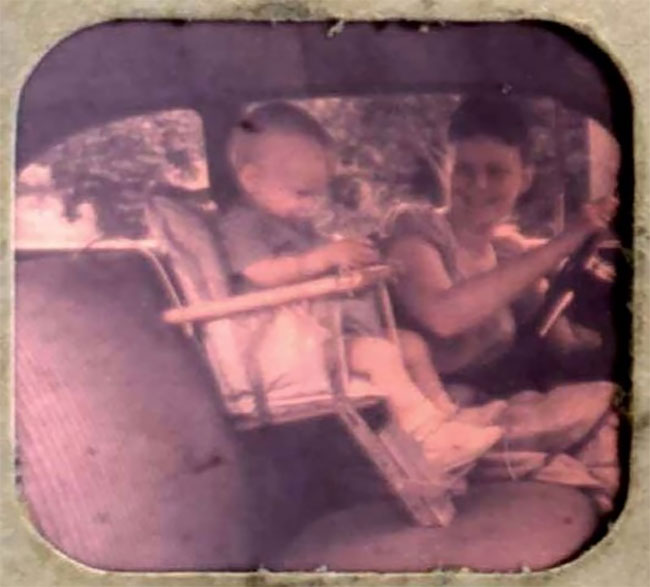 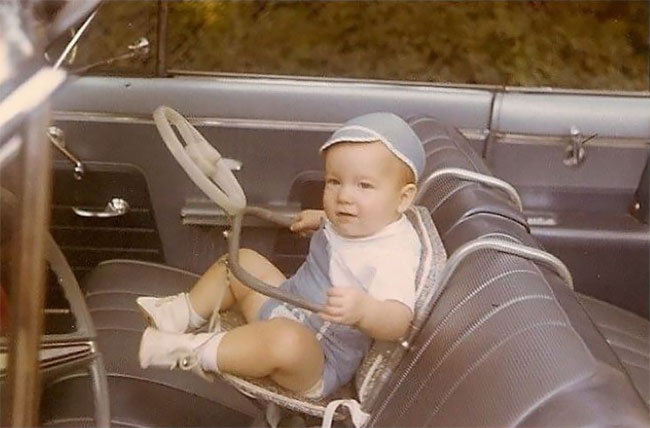 Singaporean Artist Creates Useful Infocomics About COVID-19 And How To Exercise Precaution!
A Shocking Campaign Uses Graphic Images To Point Out The Damage That Plastic Pollution Has On The Ocean’s Wildlife
Thatcher Says: Depressive Photos of Liverpool in the 1980s
Stunning Snapshots of America in Crisis in the 1970s
Creepy and Naughty: The Scary Hotties by The Tragic Girls
Human or Machine? Life-Like Android Robots from Japan Show Glimpses of the Future
Matt Lipps' Carefully Constructed Photographic Tableaus
Baby Face in Famous Paintings
1970s Zingers! Full-Sized Toy Vehicles
Still Life in 1960s New York in Beautiful Memorabilia Photographs by Evelyn Hofer
"The New Past": Artist Makes Vintage Surreal Collages Crafted From Soviet Books
The Supertrain Of 1979 Will Blow Your Mind
Amazing Color Photographs Capture Sun Bathers on the Beach in Cannes, France in 1948
Vintage Nudes Censored with Dot Art
Wonderful Black And White Photos Of Rome In The Post-WWII
This Anesthesiologist Recreates Historical Clothes
"Our Last Summer": The Superb Collages of Maria Luiza Zanelato
BioVYZR: Upgrade Your Mask For Powered Air-Filtration N95 Protective Shield
Bizarre Vintage Photos Of Steam Engines After A Boiler Explosion From The Late 19th And Early 20th Centuries
Old Soviet Ships Transformed Into Yachts for Millionaires
"UAZ Bukhanka": Russia's Most Legendary Off-Road Vechicle for Bizarre Tuning
Epic Stair Design Fails That May Result In Some Serious Injuries
34 Found Photos Capture People Posing With Their Volkswagens In The 1950s And '60s
Divorced Dad Who Gave Up On Real Women Now Lives With 12 Life-Size Dolls… And His Daughter Helps With Their Make-Up And Clothes
baby, cars, retro, safety, seats

Inside Ciccolella, Italy's Leading Producer of Cut Flowers
The New Cruise Ship 'Disney Fantasy' Leaves the Dockyard
Midjourney AI Can Now Conjoin 2 Photos, And Here Are Some Of The Test Results Shared By A Telegram User
Inside Amazon's Very Hot Warehouse
"UAZ Bukhanka": Russia's Most Legendary Off-Road Vechicle for Bizarre Tuning
This Is What Can Happen When You Don't Use Your Computer For A Month
Jack London’s Extraordinary Photos of London’s East End in 1902
Face Depixelizer Neural Network "Brings Back The Sharpness" Of Photos In Low Resolution, And The Results Are Very Unexpected
Photos Of Tokyo In The 1970s Seen Through The Eyes Of A Canadian Who Moved There At The Time
Artist Recreates Old Ceremonial Portraits By Replacing Their Subjects With Cats
2007 ‒ 2022 by Design You Trust. Proudly hosted by WebHostingBuzz.
Privacy Policy · Terms of Service · Content Removal Policy ❤️ 🇺🇦