“Il Gigante”: The Statue Of The Giant Neptune In Italian Village 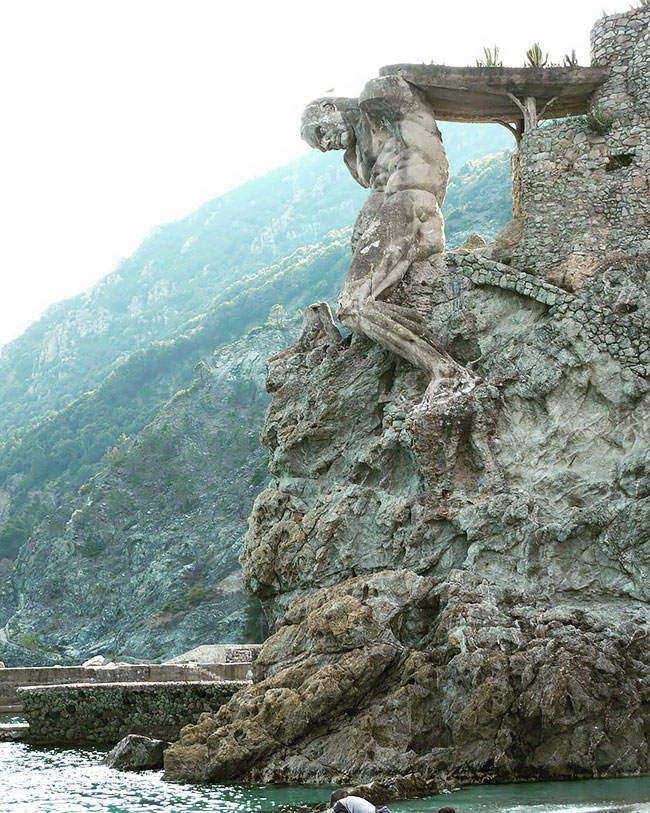 Monterosso del Mare is probably the largest of the Cinque Terre villages in Italy. Since its founding in early 13th century, the village functioned as a cultural and political centre of the region and its status required proper protection. 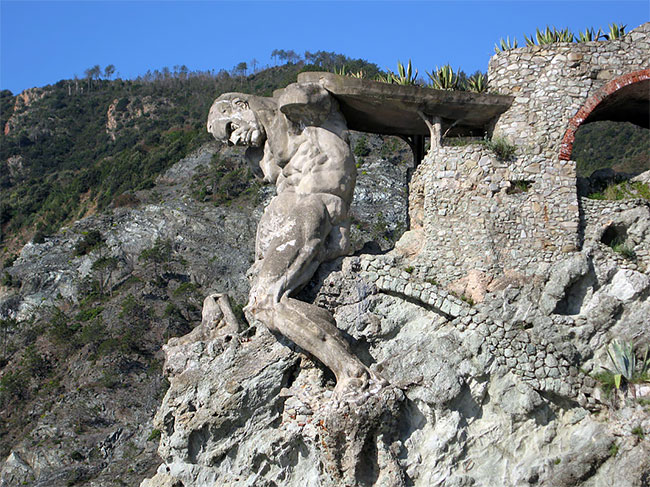 Until today, the intricate and very efficient system of fortifications prevails; these were originally built to ward off pirates. Yet another – more or less symbolic – protector dominates the bay. Il Gigante, as locals call it, is a statue of Neptune, the Sea God, created at the beginning of 20th century as a lavish decoration of Villa Pastine. 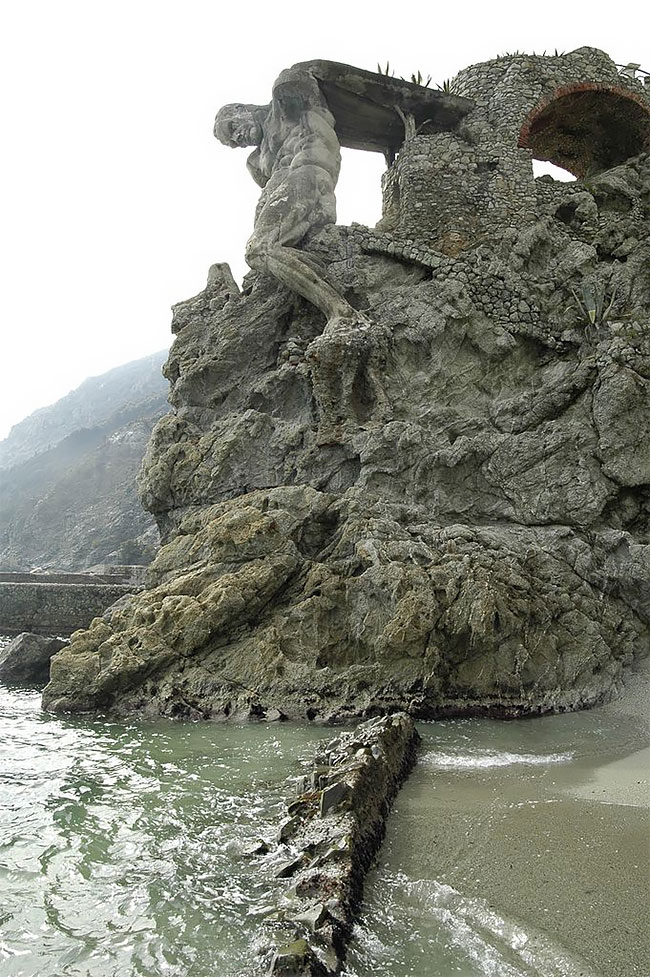 The Neptune was built by a Jewish Italian sculptor, Arrigo Minerbi of Ferrara in 1910. Made from concrete and iron, the giant 14-metre statue has suffered a great deal in its 100-year existence. Monterosso del Mare was bombed during WW II and Il Gigante lost his arms, trident and a giant seashell. 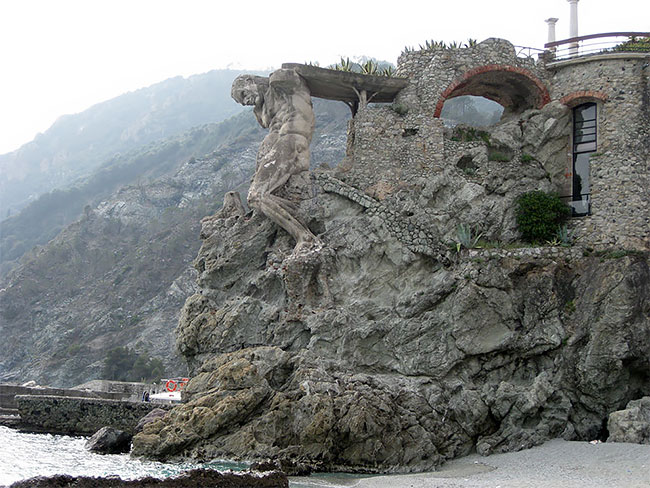 Sadly, nature took its toll as well as the statue suffered further damage in the 1960s due to rough seas and strong winds. Nevertheless, Neptune is still standing strong and visitors to the Fegina Beach cannot help but admire his slightly damaged magnificence. 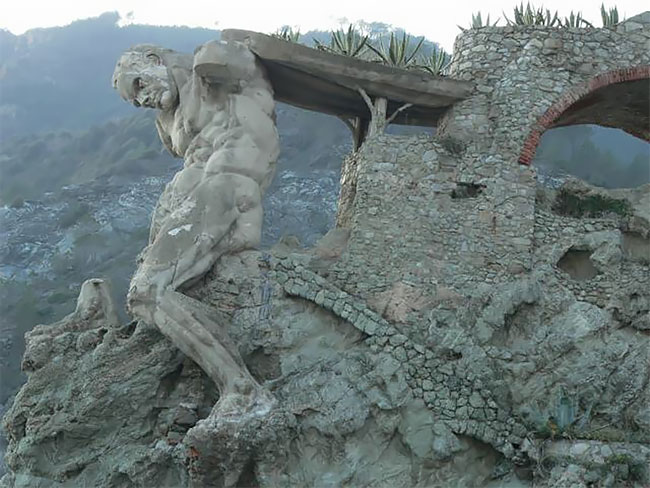 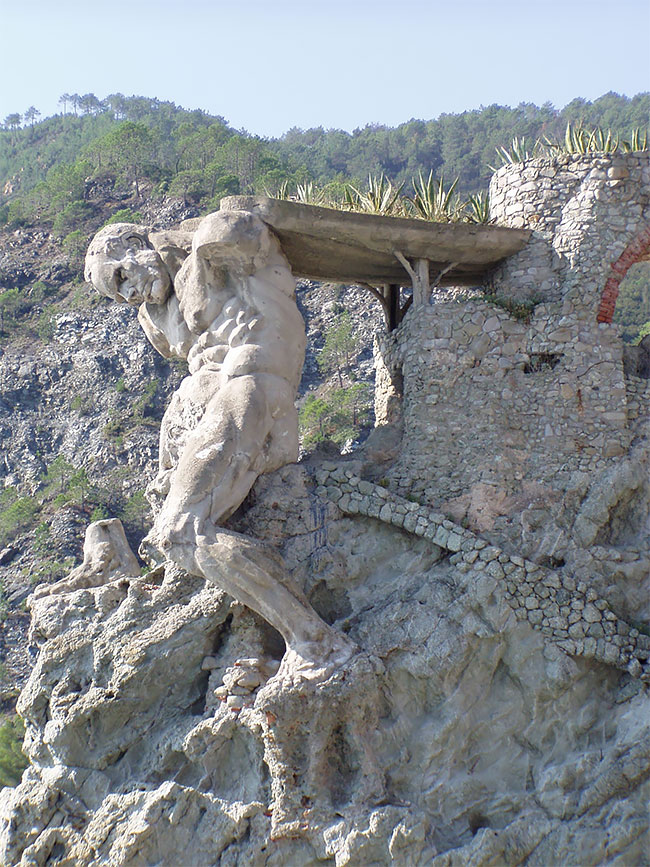 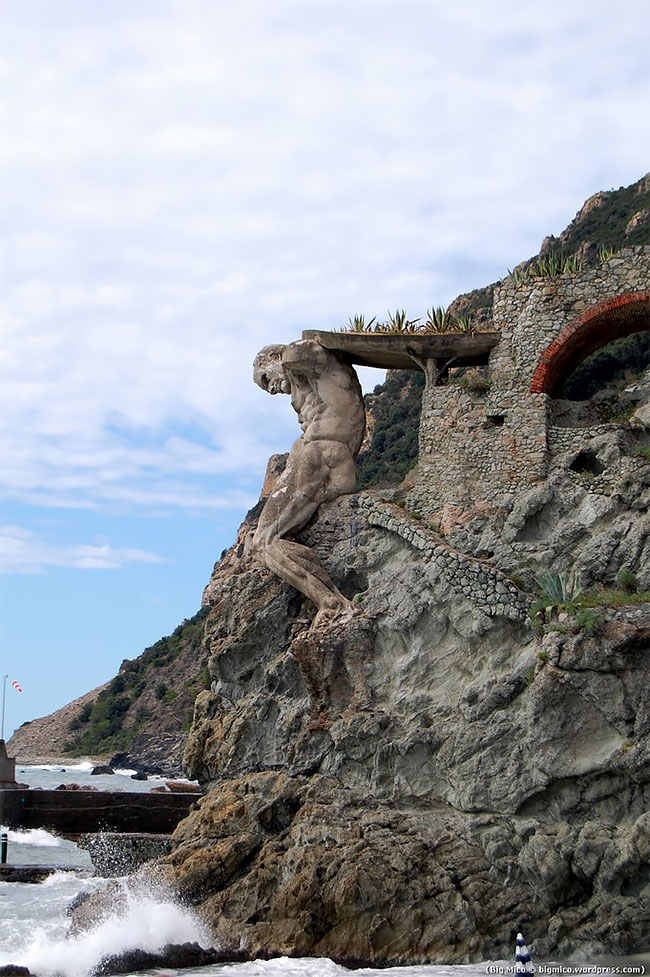 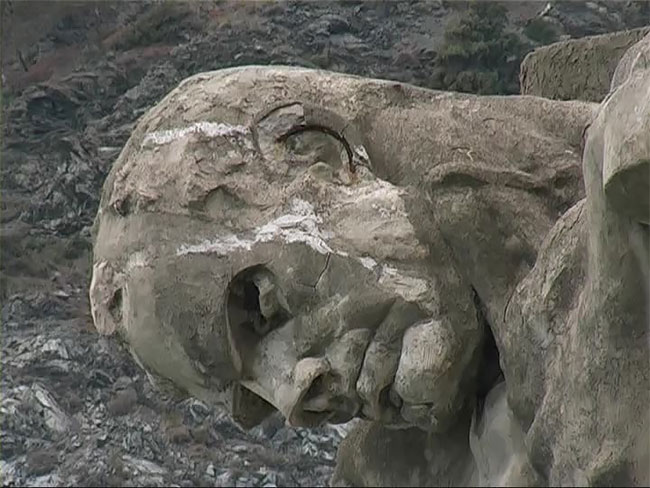 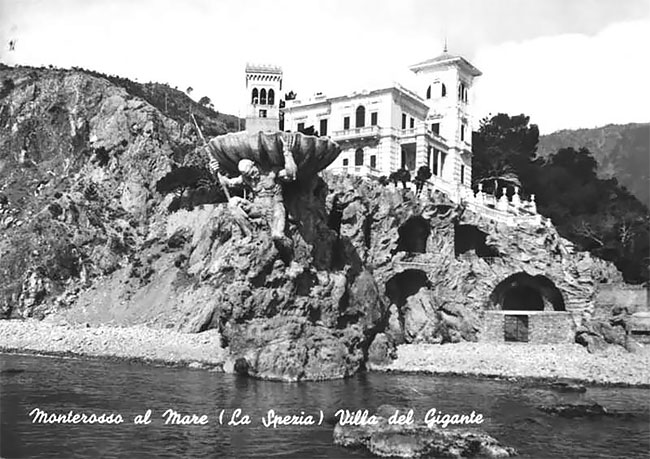 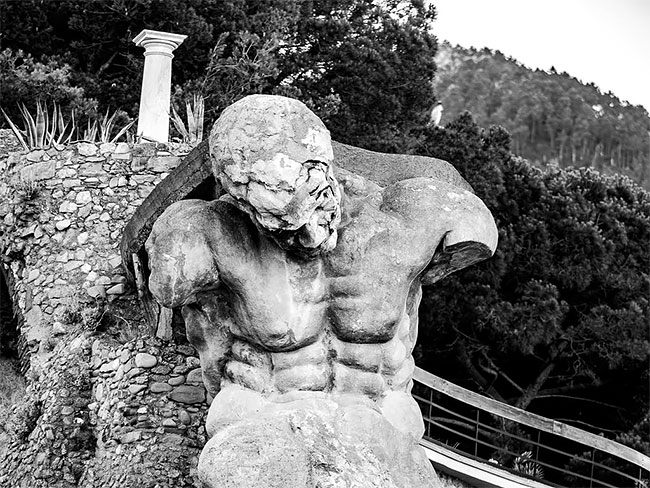 After Their Wedding, This Couple Did What Many Of Us Have Always Dreamed Of Doing
Strteet Artist Jorge Rodriguez-Gerada Honors Doctor Killed By COVID-19
Italian Photographer Started To Take Photos Of Models Remotely With A Webcam During The Quarantine
Silent Hill
This Woman Captures Charming Photos Of Her Lovely Giant Teddy Bear
This Hotel In The Arctic Circle Will Be Unlike Any Other
Riikka Hyvönen Captures The Beauty Of Bruises In Giant Artworks
Inuits from Remote Russia Get Used to being Photographed for the Very First Time
Parts Of Hawaii Are Covered In Snow
World’s Largest Railway Model Is Now On Google “Mini” Street View
Superb Colossal Steampunk Sculptures By Pierre Matter
'The Infinite Green' By Adam Kalinowski, Is A Public Sculpture Covered In Plants
Watch a Plane Take Off from This Runway in the French Alps
Welcome to Iceberg Capital of the World
Maid-Themed Cafe In Chinese City Of Hangzhou
Two Look Books, Two Countries, Two Minds: Akomplice in Brazil Summer Lookbook
Book A Stay On Your Own Robinson Crusoe Island
A Walk In Nanjing’s ‘Love Tunnel’
The World’s Most Unusual Beach Is A Glacier In Russia’s Kingdom Of Permafrost
Stunning Color Pictures Of The Daily Life At The Rio Beaches In The Late 1970s
South African Artist Creates Fantastic Life-Sized Cake Sculptures
Chinese Tourists Cram China's Biggest Pool Named 'The Dead Sea' On Hot Day
Giant Optical Illusion Transforms A Street In Montreal Into Wavy Sand Dunes
Enchanting Photos From Disneyland’s Opening Day
giant, italy, neptune, sculpture, statue