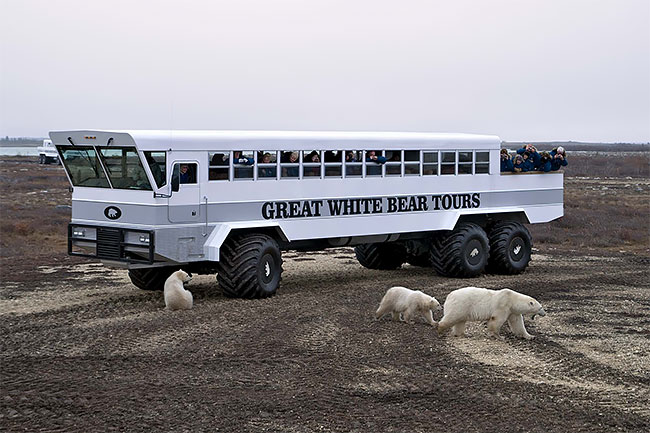 Staying in this rolling hotel is known to be the ultimate polar-bear tour. You leave the hotel each day for excursions with a biologist. And you won’t just get to see the animals, you’ll get to understand them: their behaviour as well as the problems they face with climate change.

You’ll stay at a moving hotel, the Tundra Lodge, so you can spend every minute possible with the polar bears. There are biologists at the lodge, as well as photographers so you can learn all about photography as well as the bears.

Every day, you’ll head out in Polar Rovers, special vehicles built to cross the tundra, which sit high on their wheels. This is because sometimes the polar bears like to lean against the rovers, and they’re bigger than you might think.

It’s not a cheap adventure, but it sure is special. Make sure you book well in advance, because this rolling hotel is very popular. 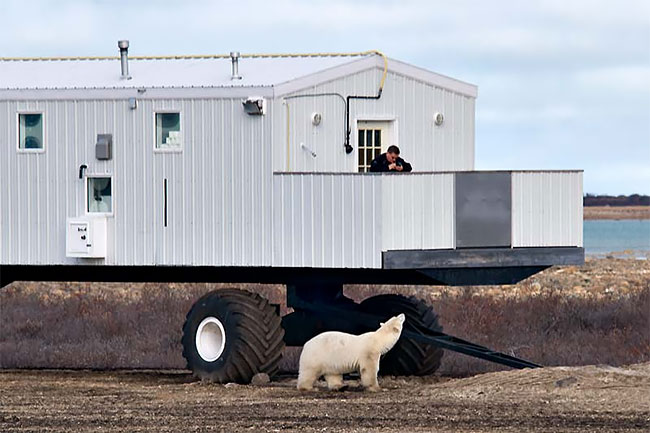 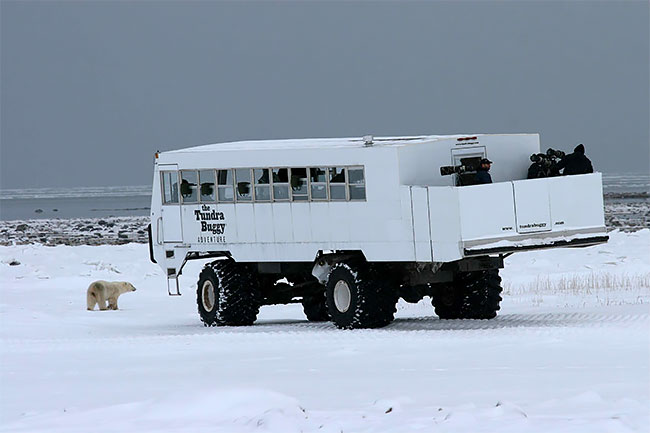 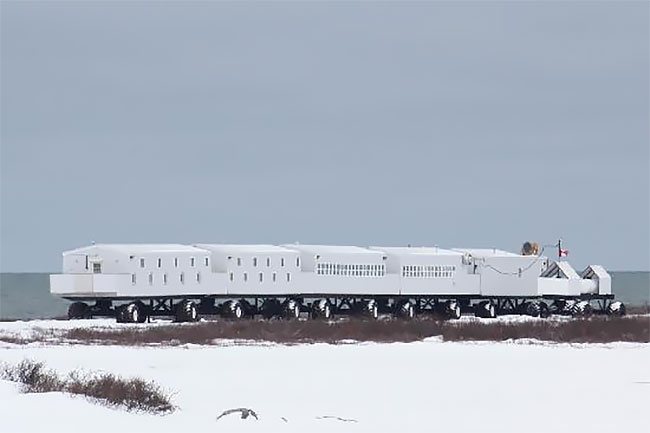 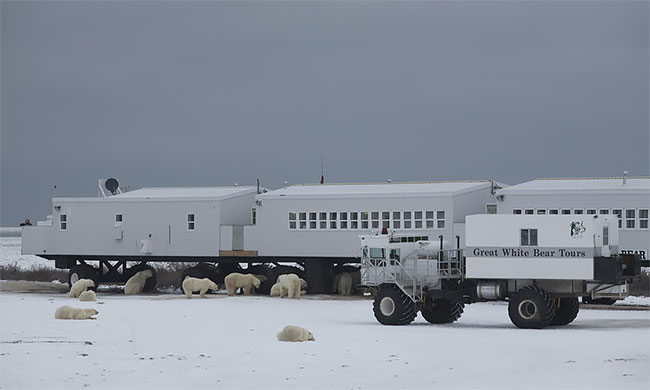 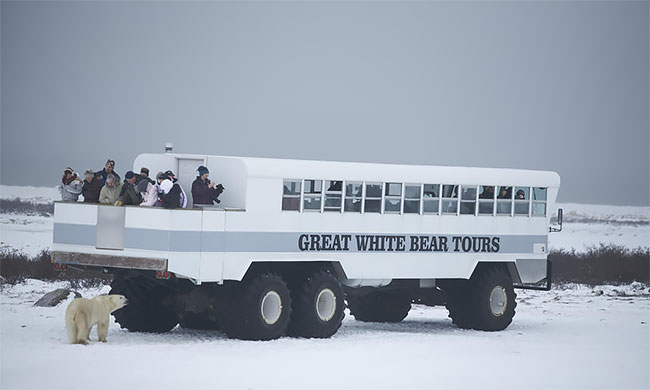 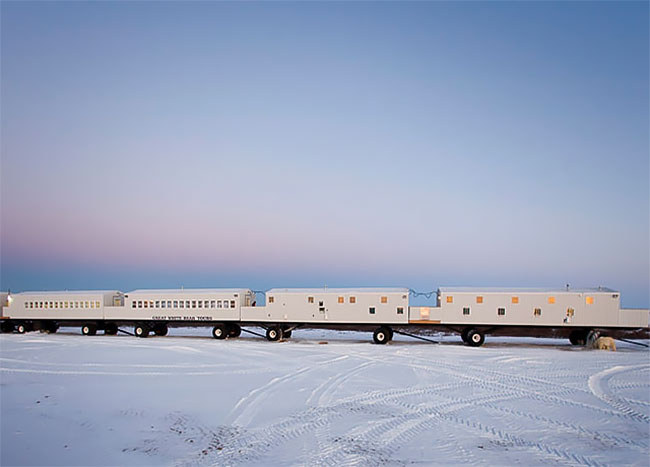 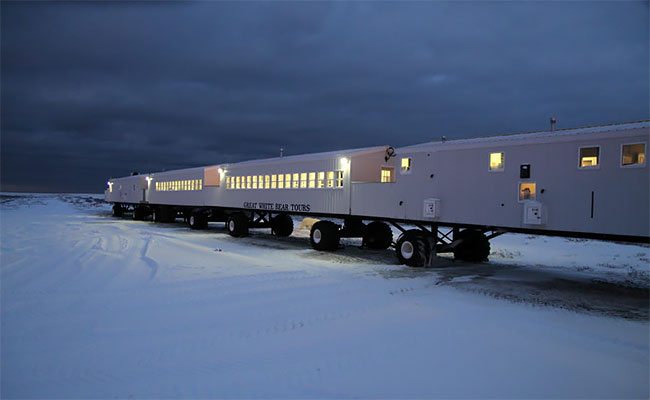 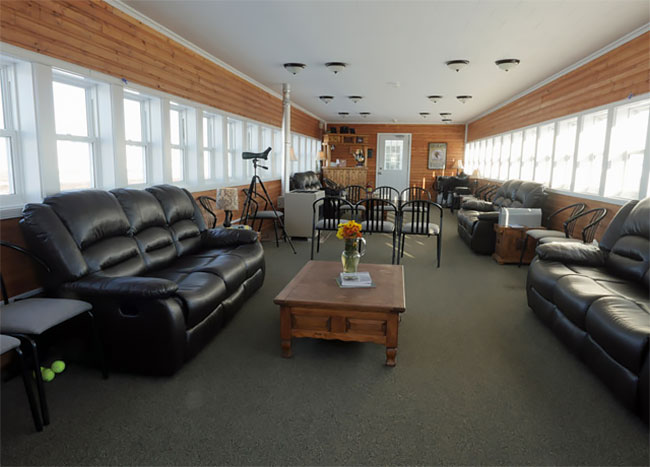 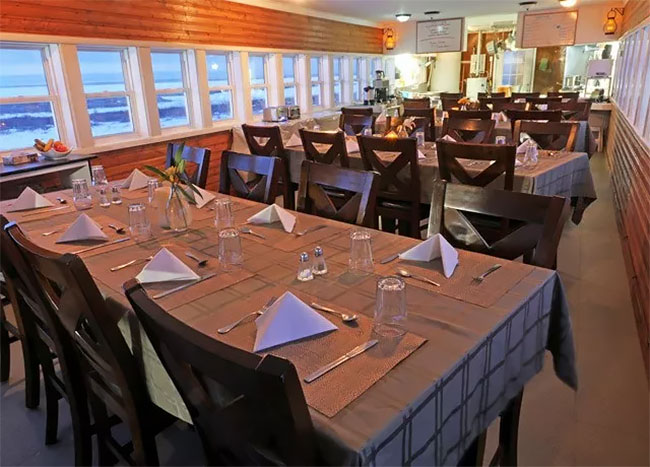 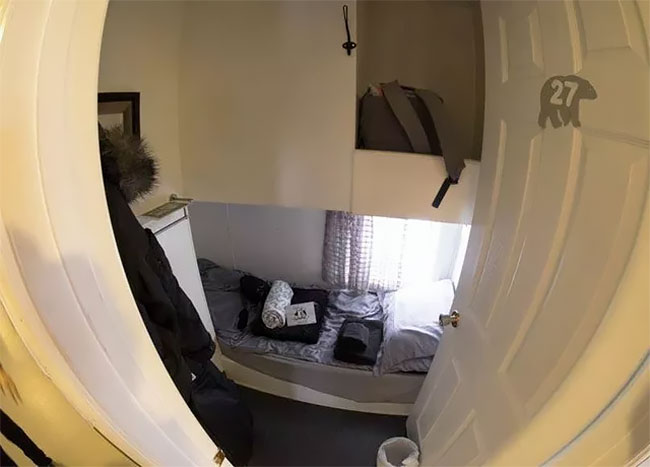 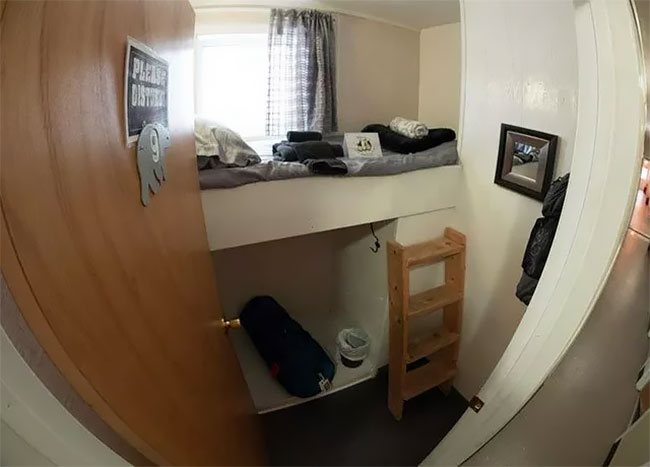 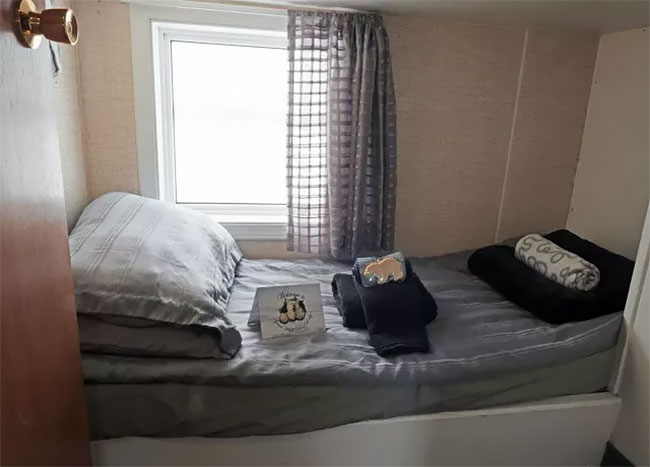 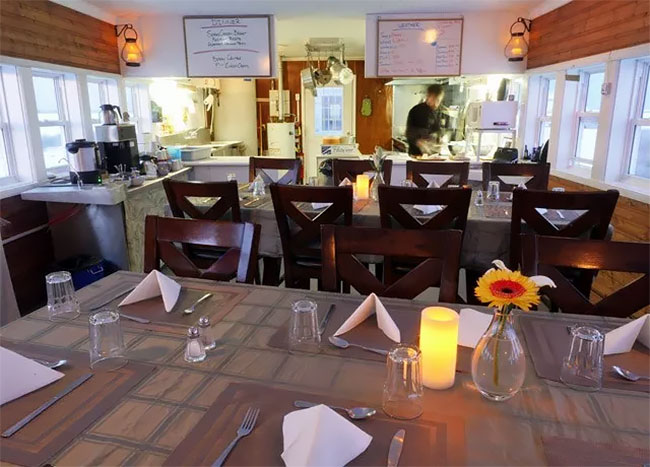 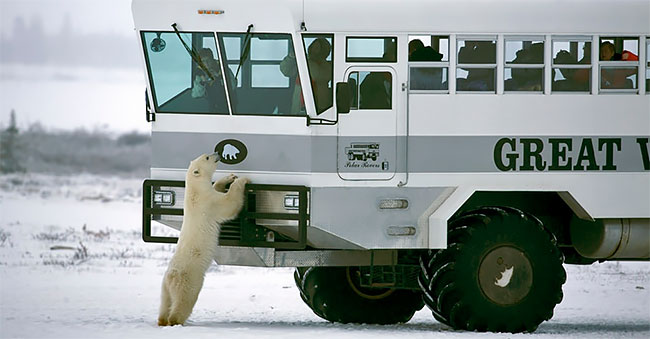 This ‘Swim Reaper’ Instagram Account Is Absolute Gold
Floating Snowflake Hotel in Norway that Offers the Perfect View of the Northern Lights
World Heritage Gassho Zukuri Farmhouses Hold Water-Discharge Exercise
Man Quits Job, Sells Everything To Travel With His Rescue Cat Across Australia
People Of The World: Māori In Stunning Photographs By Jimmy Nelson
Navigate The Snowy Landscapes Of Mongolia With Reindeer Herding Family
Discover The Abandoned Orient Express Train In Belgium
La Maison Du Gouffre - Tiny Old House Between The Rocks
18 Amazing and Rare Color Vintage Photographs of Disneyland in 1955
Dublin’s Hungry Tree: Approach At Your Peril!
Travels: Winners & Merit Awards Of AAP Magazine’s Photo Contest
This Restaurant In Bangkok Uses Cartoon Dragon Dolls As Space Keepers For Social Distancing
"Enfarinats" Festival – The Battle With Flour And Eggs In Spain
A Unique Shelter for Brown Bears in Croatia
Travelling Across Mexico's Baja California Peninsula
2018 National Geographic Travel Photographer Of The Year Winners
“The Last Iceberg” by Camille Seaman
Amazing Travel Photos From Around The World By Travis Bruke
Chinese Village Builds Giant Golden Statue Of Mao Zedong
A Look Inside One Of The World’s Most Isolated Tribes With Incredible Photos You Probably Haven't Seen Before
John & Wolf: A Dude And His Husky Bumbling Around The United States
As the World Plunges Into the Flames of The Pandemic, Thousands of People at The Halloween Parade in Wuhan
Artist Created These Illustrations To Show How An Avid Indoorsman Sees The Great Outdoors
Fountains Of Saint Petersburg The Way They Look Now
adventures, arctic, bears, car, hotel, luxury, polar, travel, tundra

Musical Roads That Play Melodies When Cars Drive Over
Queen Mary 2's Captain Perches On The Bow Of His Vast Ship
My Fucking Restaurant Is Open For Business In Barcelona, Spain
Traditional Cage Fighting in Bali
Colorful Travel And Landscape Photography By Hatice Korkmaz
Rare Photos of Angola's Tribal People
A Walk In Nanjing’s ‘Love Tunnel’
This Small Village In Indonesia Is Literally Made Out Of Rainbows
Yup, We've Found The Most Terrifying Church In The World
There's an Atmospheric Abandoned Jurassic Park Located in the Heart of Russia
Source of inspiration since 2007. Proudly hosted by WebHostingBuzz.
Privacy Policy · Terms of Service · Content Removal Policy 🇺🇦 ❤️