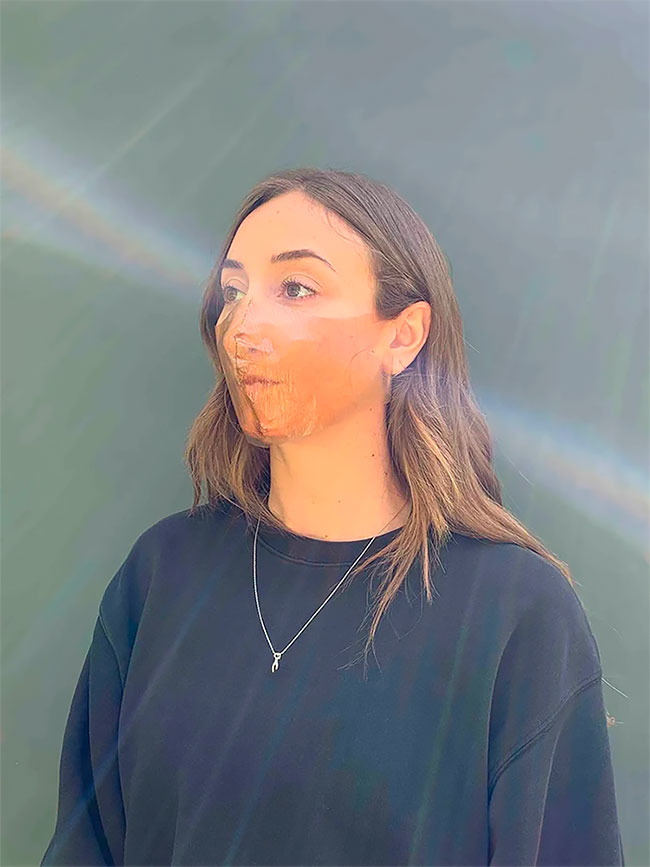 Garrett Benisch and Elizabeth Bridges of Sum Studio have created a microbial cellulose face mask that you can actually… grow in your own kitchen. 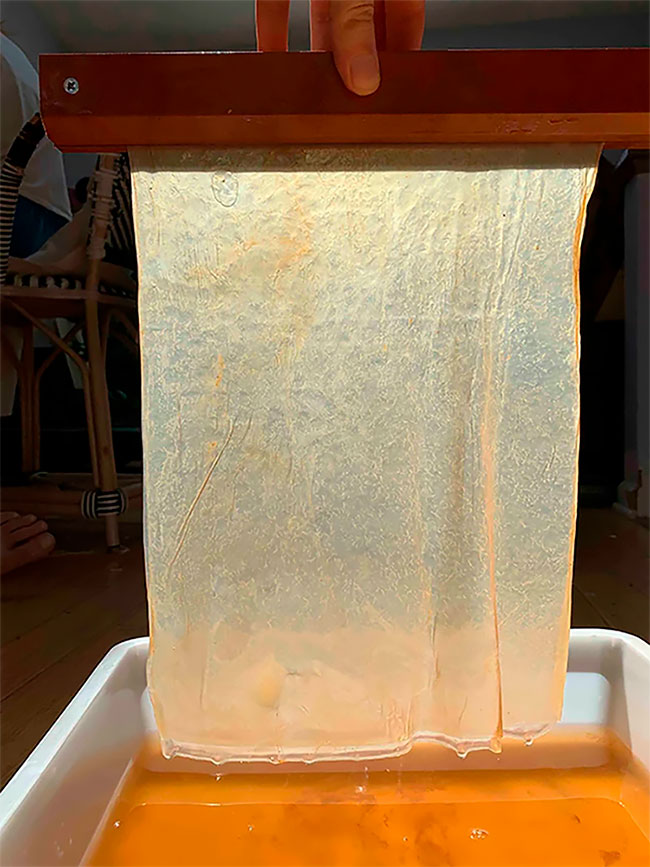 Garrett Benisch and Elizabeth Bridges have designed a prototype for an alternative to the N95 mask, which has a polymer-based filter made of artificial nonwoven plastic fibers—the key materials that are the main culprits of the shortage of PPE. The mask that Sum Studio has created offers a more sustainable approach to personal protective equipment. 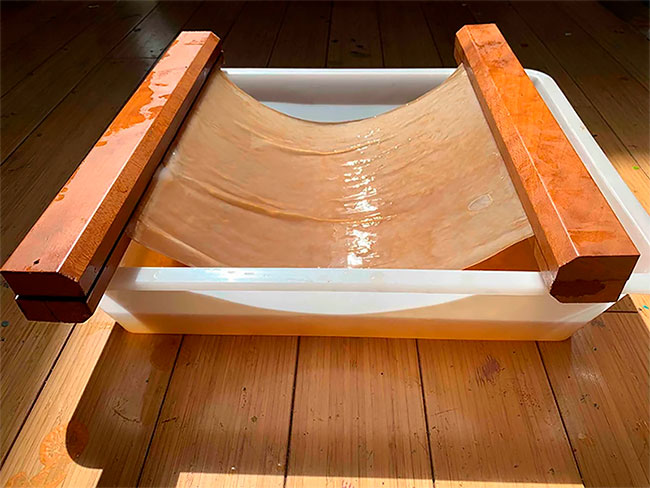 Called a “xylinum mask,” the newly-designed mask is made out of bacterial cellulose, a by-product of a common bacteria called xylinum acetobacter. Designers Garrett and Elizabeth say that you can actually grow the bacteria with a few simple ingredients at your own house. What you’ll need is water, tea, sugar, and a small bacterial sample of xylinum acetobacter, which can be found in unflavored kombucha. 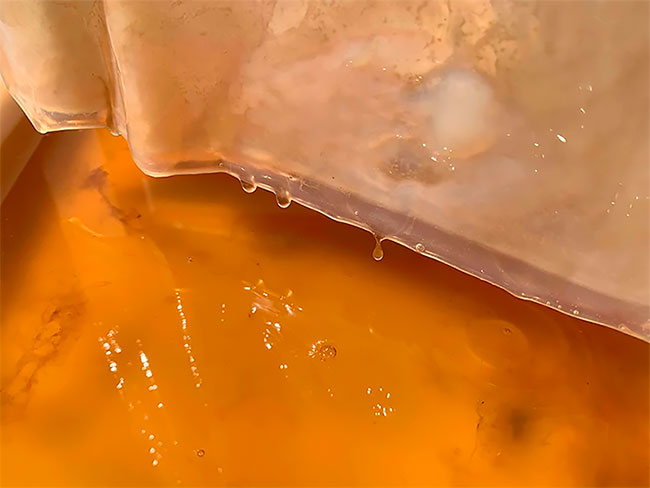 “The prototype mask and the science referenced is coupled together to show that biodesign has real potential for rapid innovation and impact,” said Garrett, one of the designers. With that being said, while a mask made from biomaterials sounds exciting, at this point, it’s only speculative and hasn’t been tested yet. 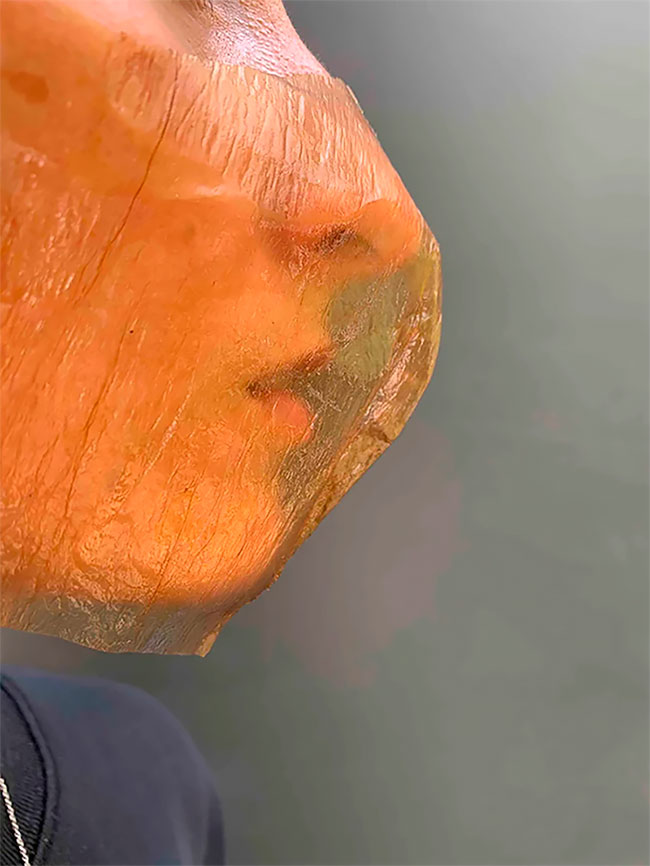 Bacterial cellulose is created by the bacteria called xylinum acetobacter on the surface of a liquid that they inhabit. As they multiply, these bacteria knit cellulose fibers into a single membrane that can be later harvested and dried to use as a material. While the cellulose is see-through to us, microscopic images show the tight web of cellulose fibers that make up this amazing knit. 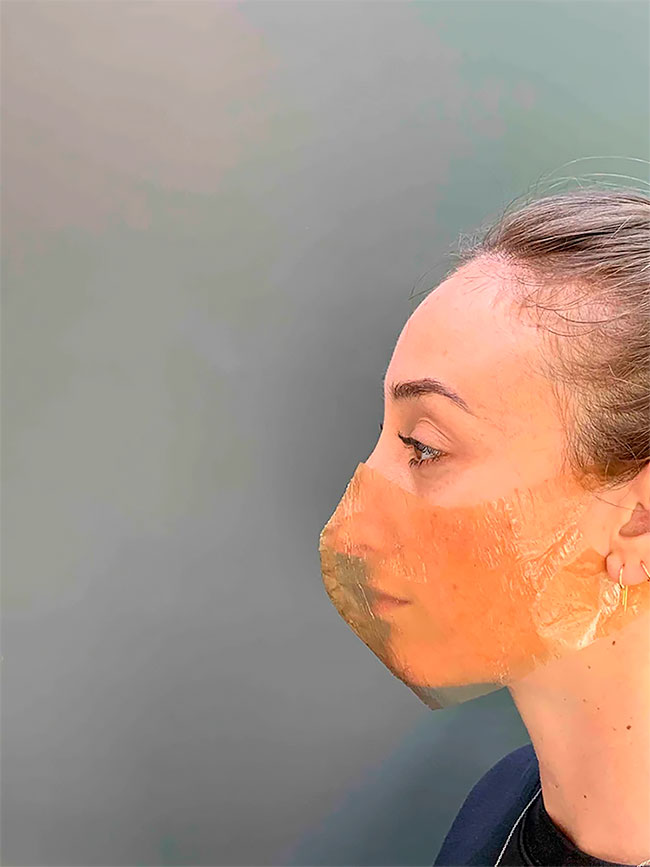 As soon as the material becomes thick enough, it can be removed to be hung and dried. The resulting sheet is as flexible as it is strong, while still easily degrading into the environment. It can be later waterproofed or oiled to provide the softness and strength of thin leather. The whole process takes up around two weeks. 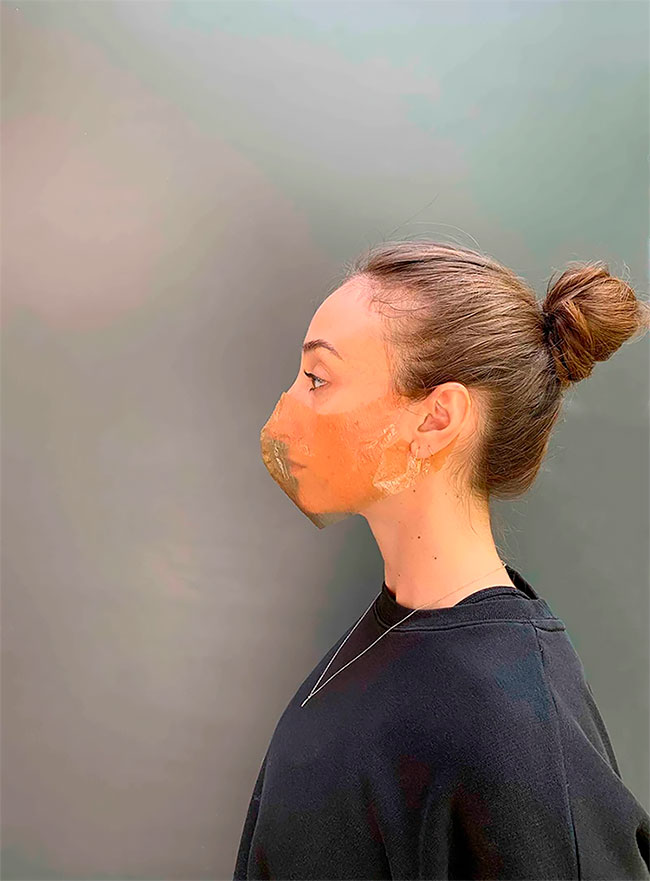 What makes the idea of cellulose face masks so exciting is its availability. The material for it could be grown in people’s homes, local communities, or even in the hospitals themselves that need them. 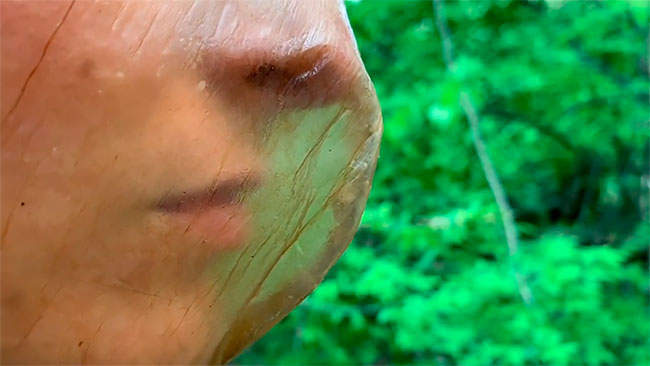 Instead of petroleum plastic masks that don’t degrade in our environment for many years, these cellulose masks would decompose as easily as vegetables or fruit. By bringing this project forward, the designers Garrett and Elizabeth are hoping to bring attention to the possible use of biodesign, which can provide sustainable solutions to many modern problems.

Robotic Exoskeletons Help The Paralyzed Walk Again
Beautiful Photos of the Ferrari 166 S
Abandoned Space Observatory in Puerto Rico
Art of Science 2011 Gallery
1936 Stout Scarab: The World's First Minivan?
This Tiny Prefab Home Inflates Itself With Body Heat
A.I. Helps To Answer What The Kids Of Famous Fictional Couples Would Look Like
Getty Museum Challenges People To Recreate Great Works Of Art With Items And People In Their Homes
The Quiet Of The Coronavirus Lockdown In Israel Has Cleared The Way For Packs Of Jackals To Take Over Park In The Heart Of Tel Aviv
Thai Woman Cosplays As Zombie To Sell Dead People’s Clothes Online
2007 ‒ 2022 by Design You Trust. Proudly hosted by WebHostingBuzz.
Privacy Policy · Terms of Service · Content Removal Policy ❤️ 🇺🇦