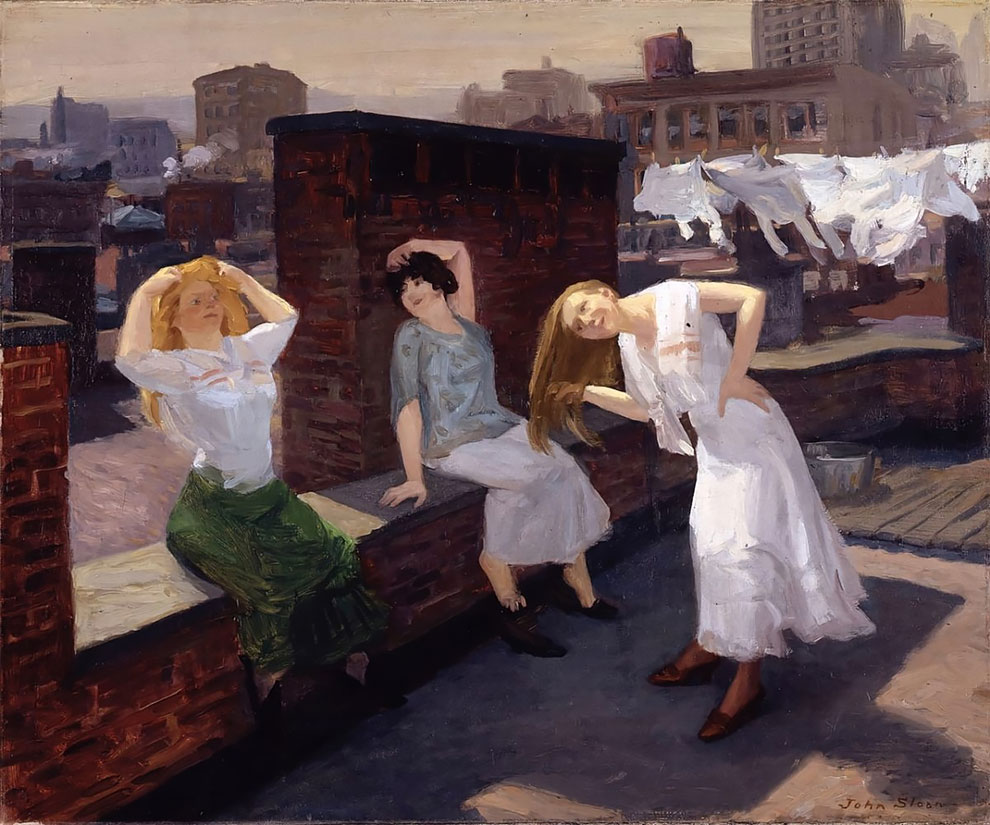 John French Sloan (August 2, 1871 – September 7, 1951) was an American painter and etcher. He is considered to be one of the founders of the Ashcan school of American art.

Documenting city life with an unflinching eye, John Sloan’s realism was part of an early 20th-century revolution in American art. Turning their backs on the refined subjects and styles of traditional art, the members of The Eight, commonly known as the Ashcan School, captured the everyday experiences of modern life.

Sloan was central to the group’s formation, and as an agitator for free artistic expression and new exhibition spaces, he was critical in bringing this new style to the public’s attention. Along with Robert Henri, Sloan brought American art to both national and international acclaim. 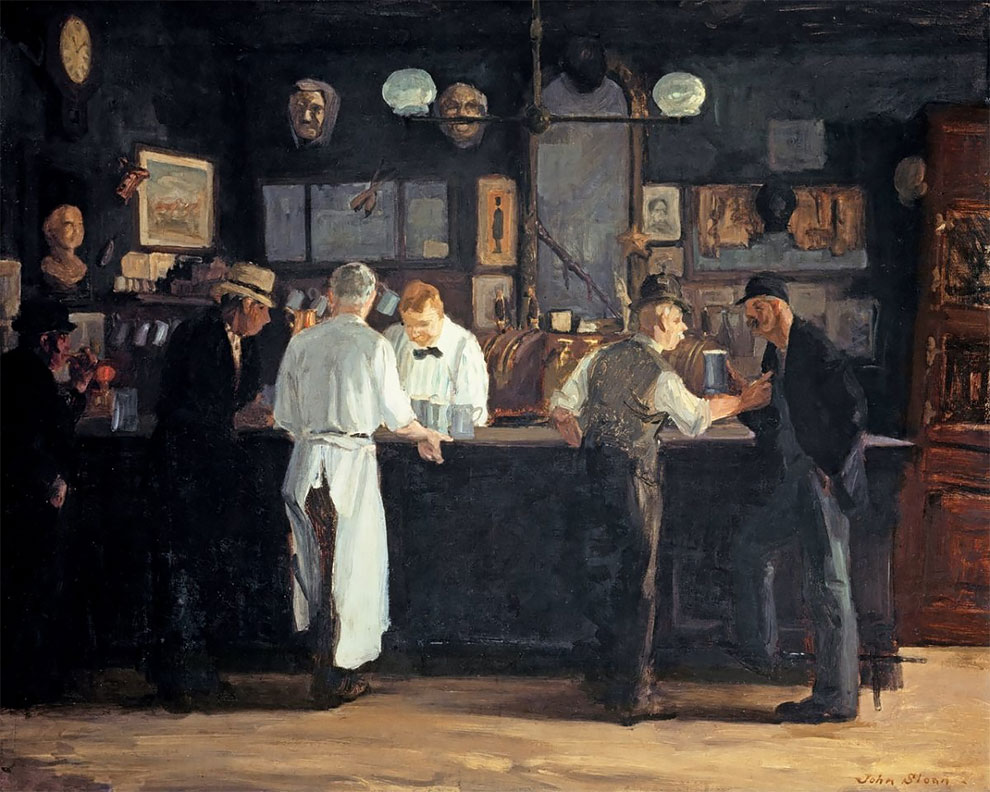 The Lafayette. A favorite haunt for Sloan and his friends was the Hotel Lafayette, located at Ninth Street and University Place in New York’s Greenwich Village. 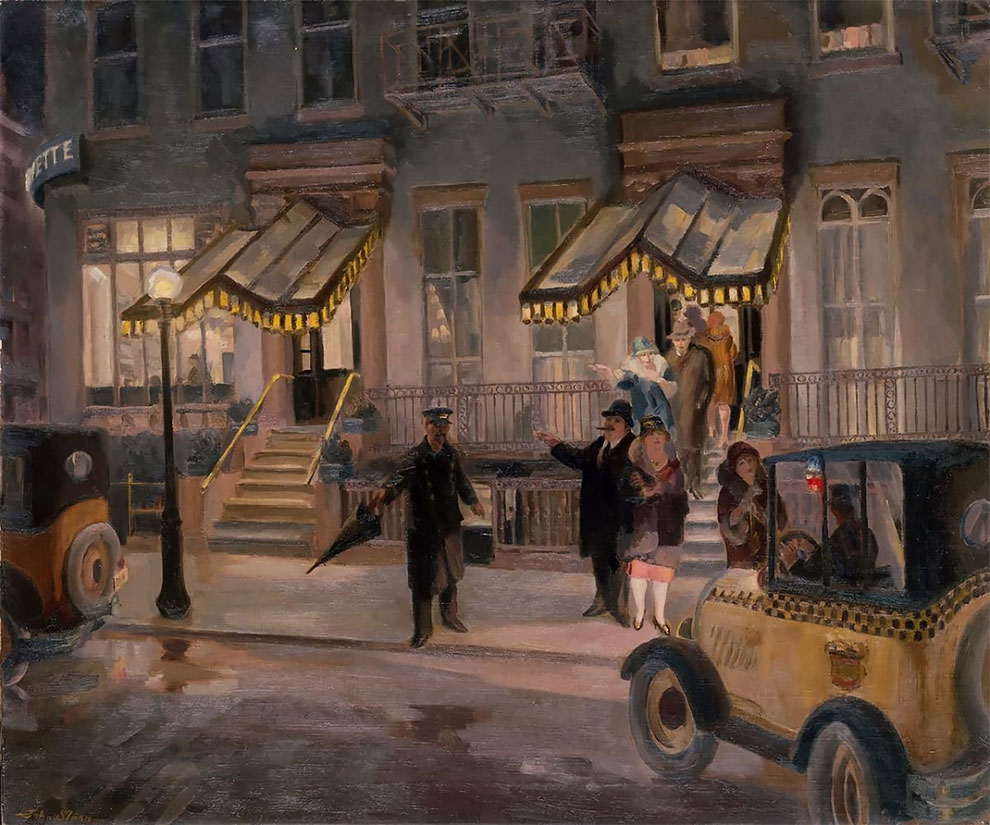 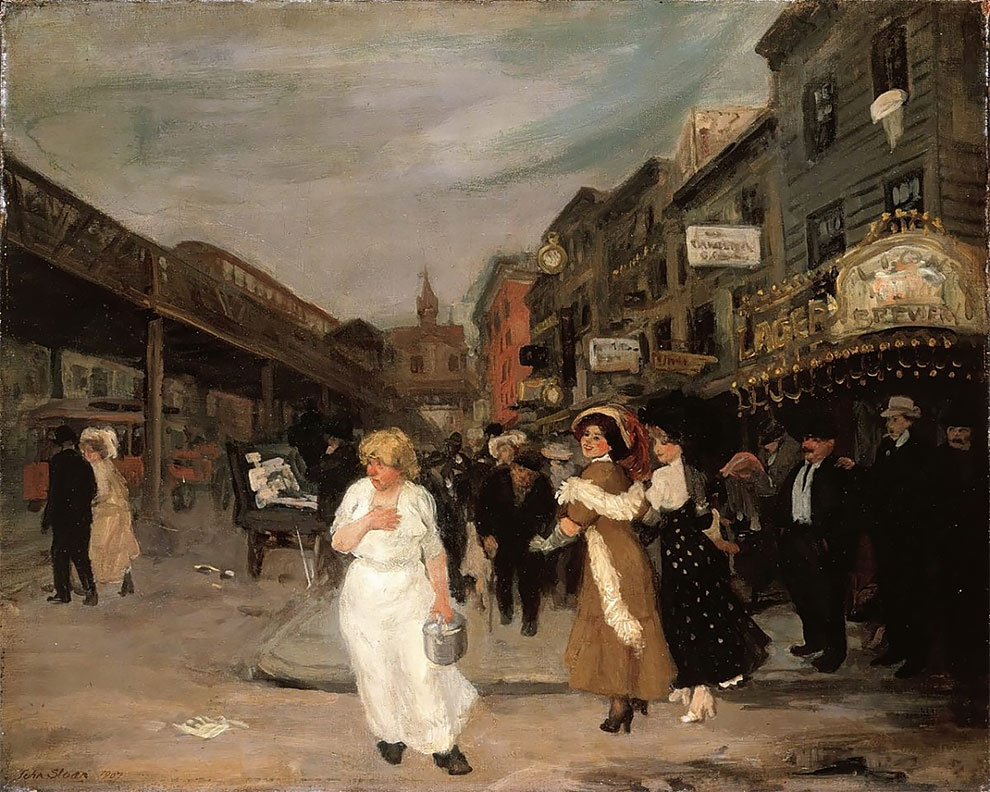 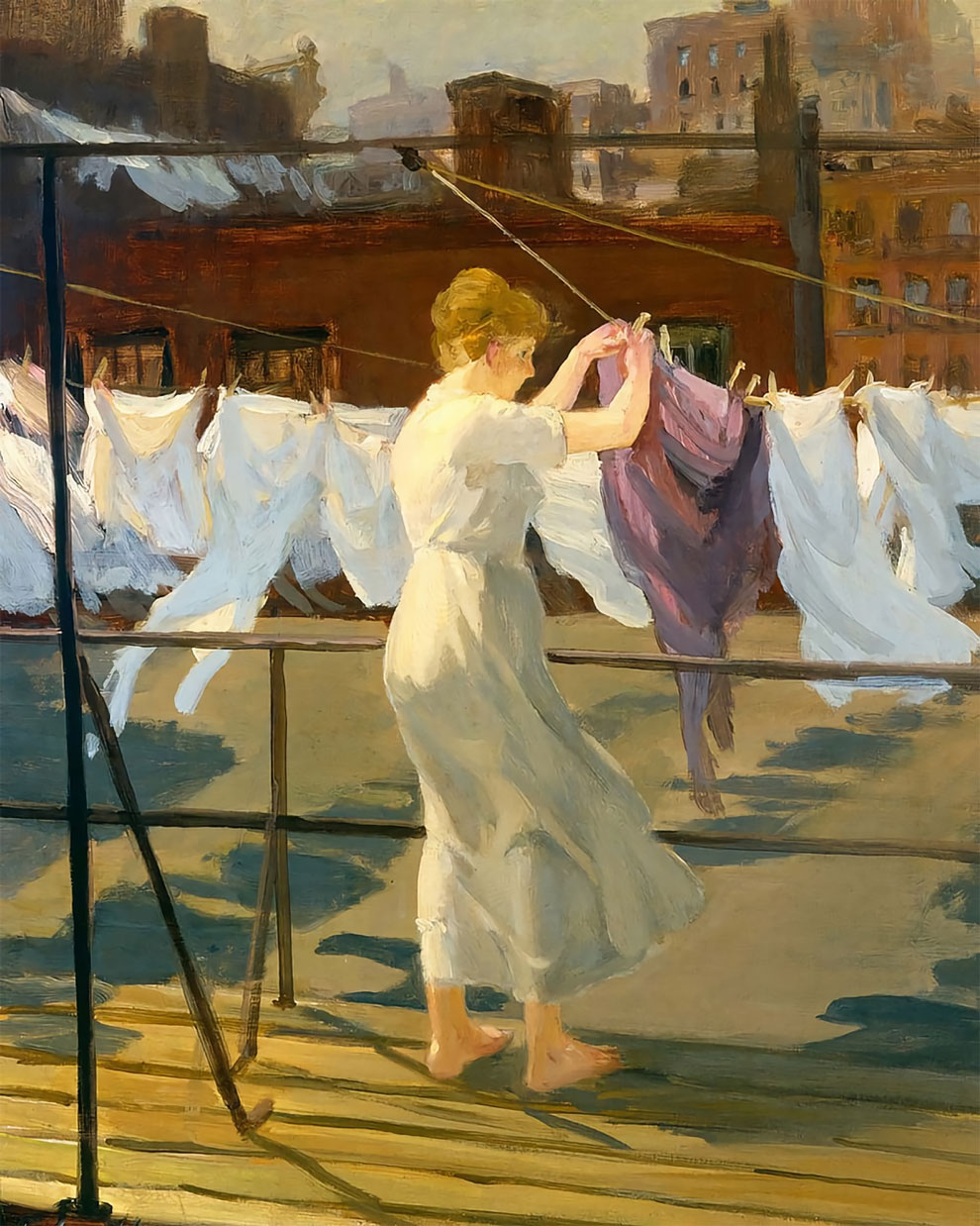 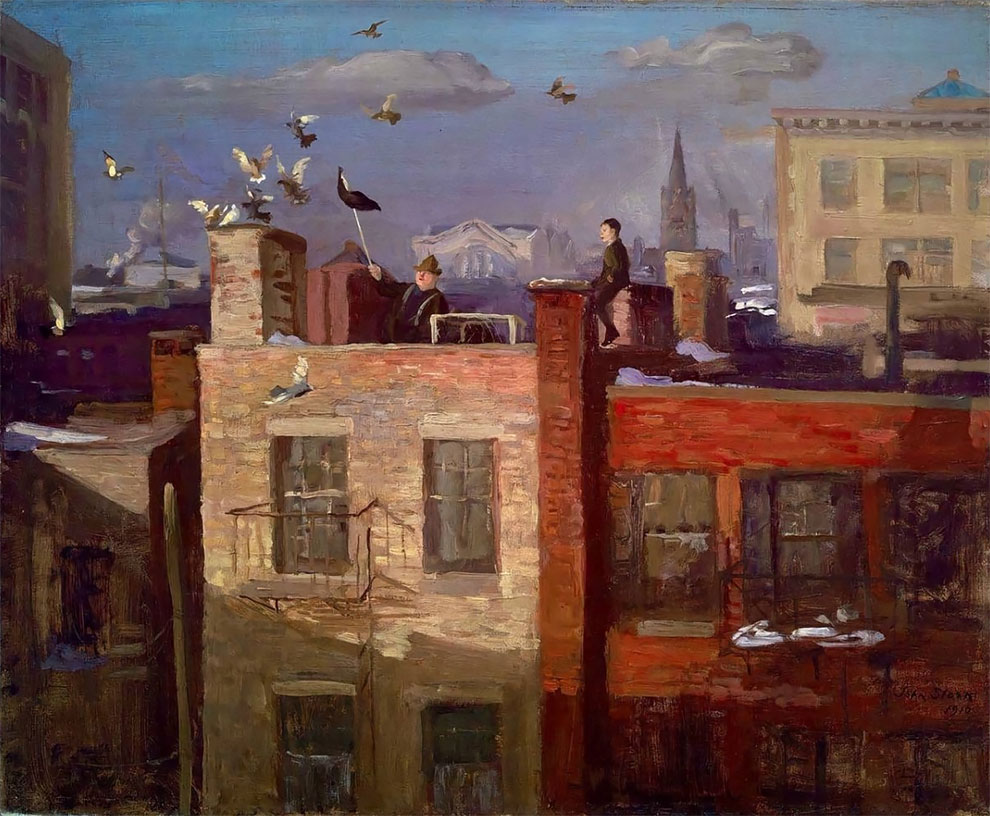 The City from Greenwich Village, 1922 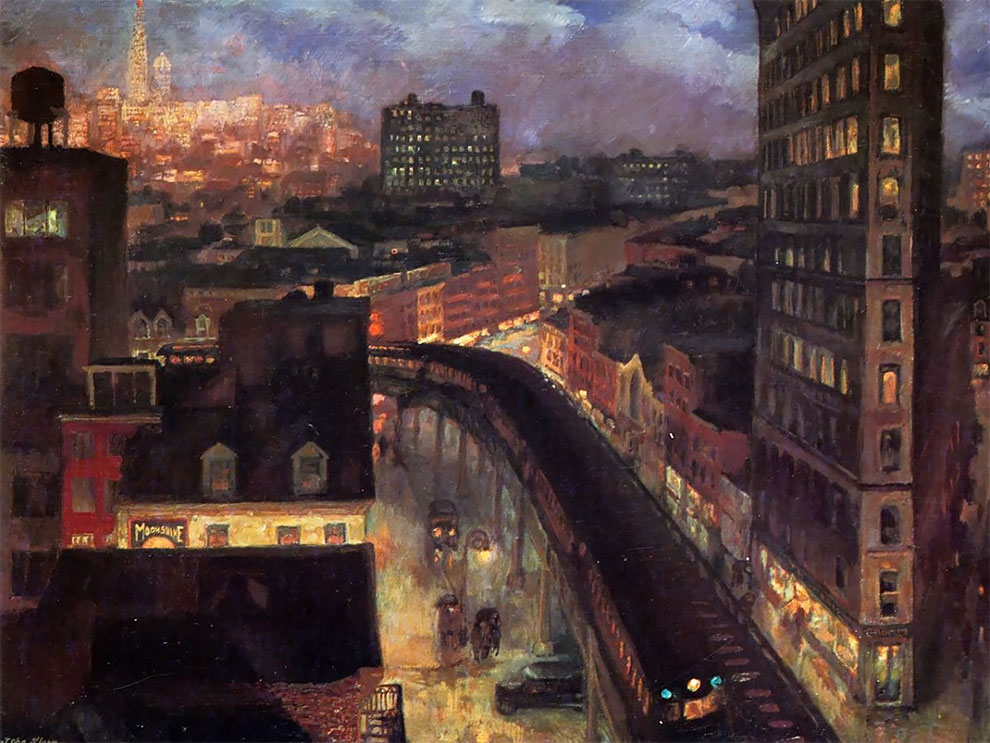 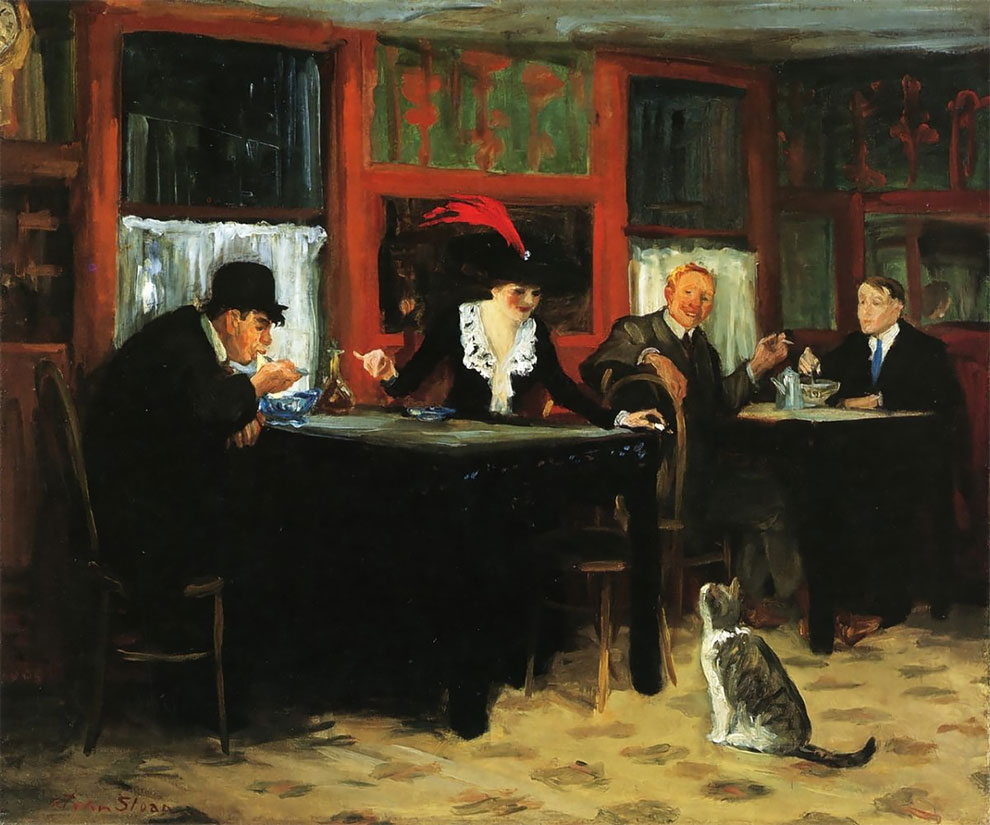 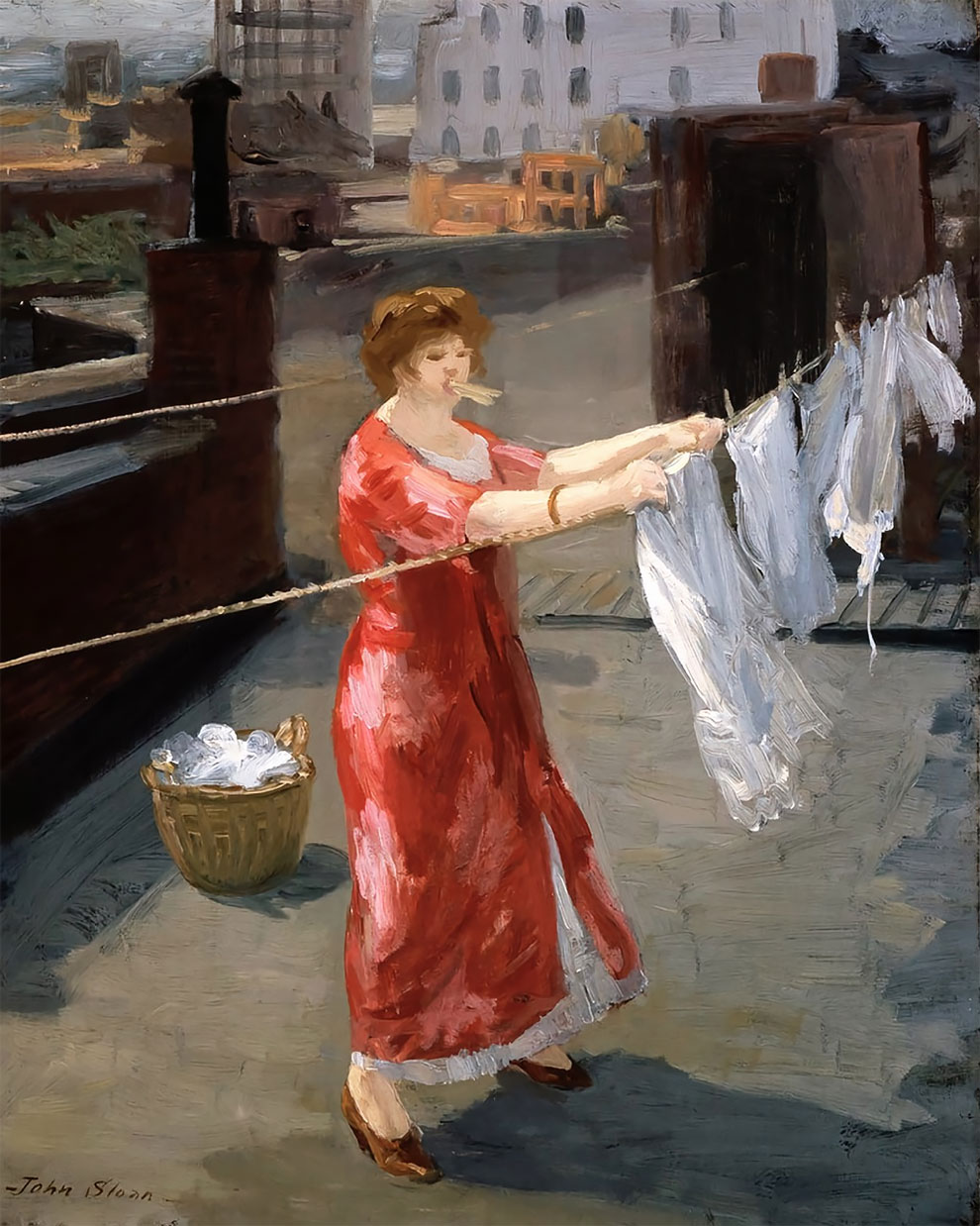 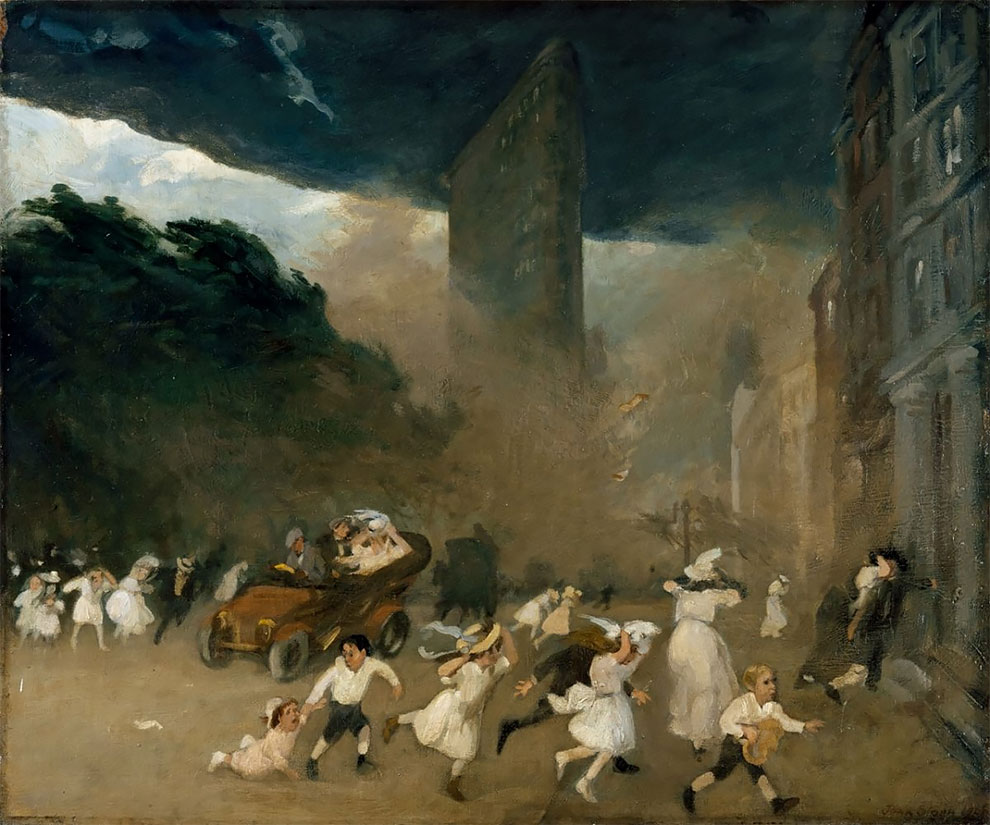 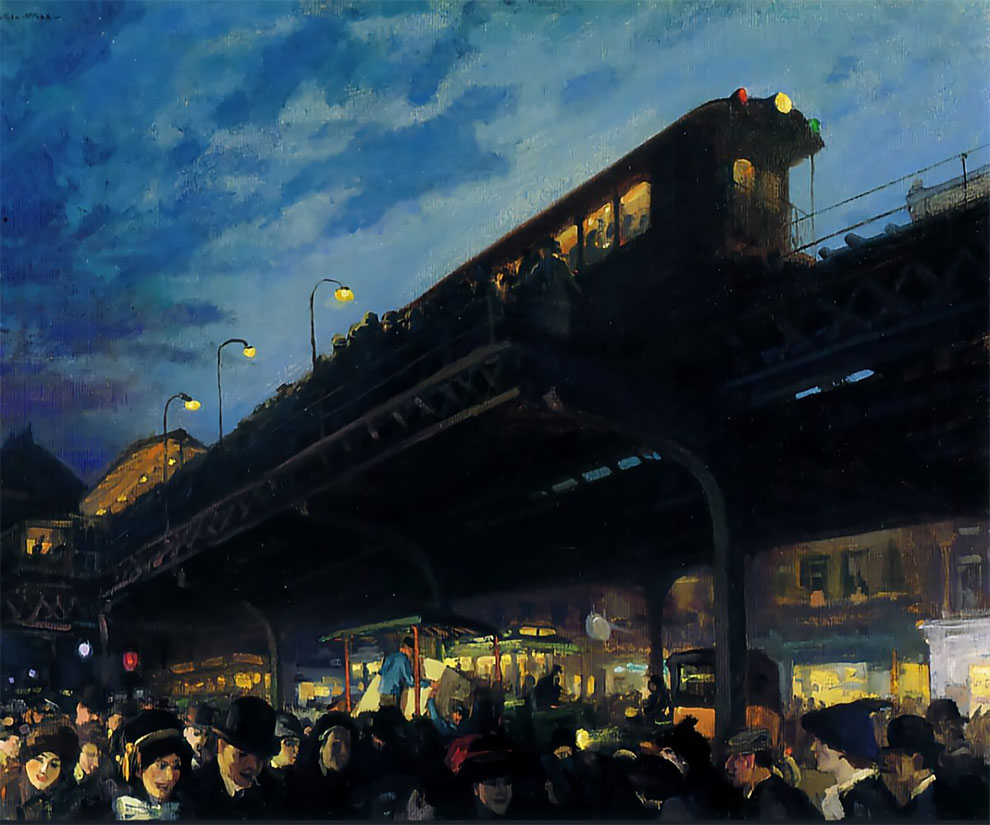 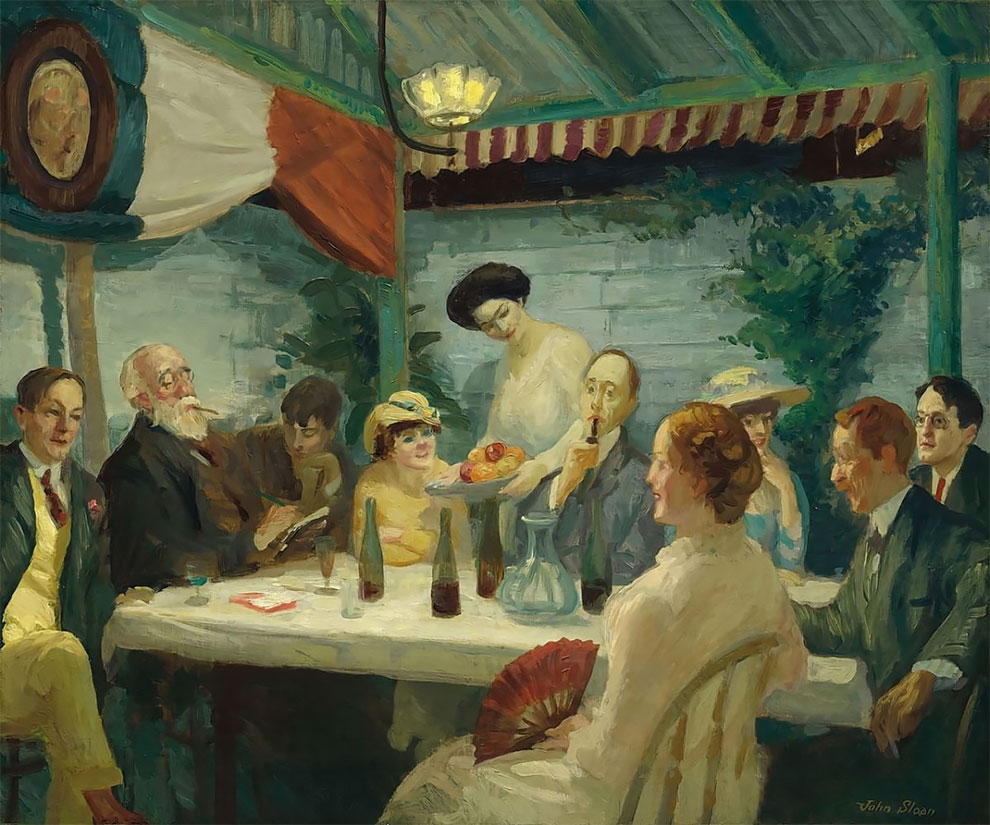 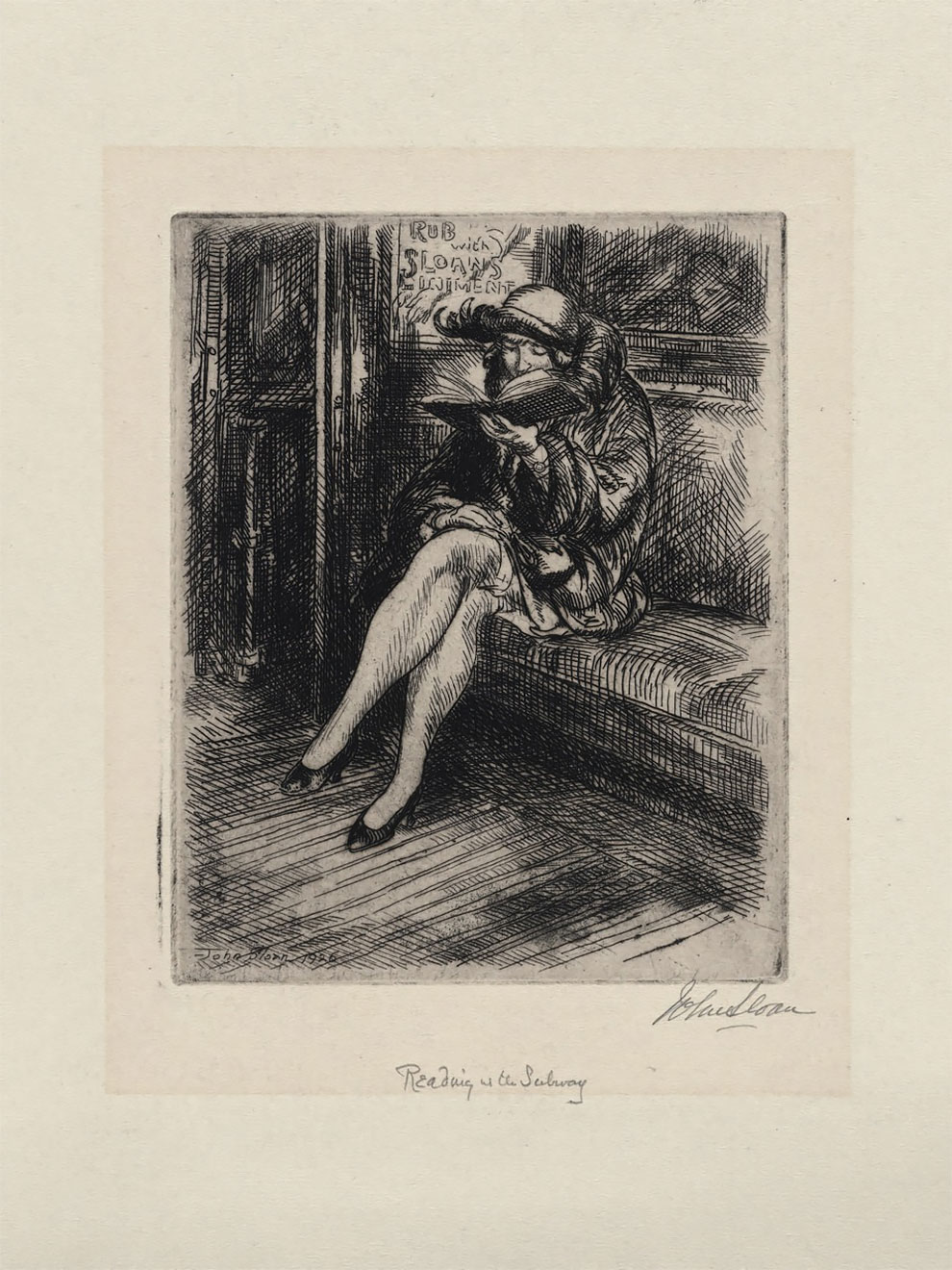 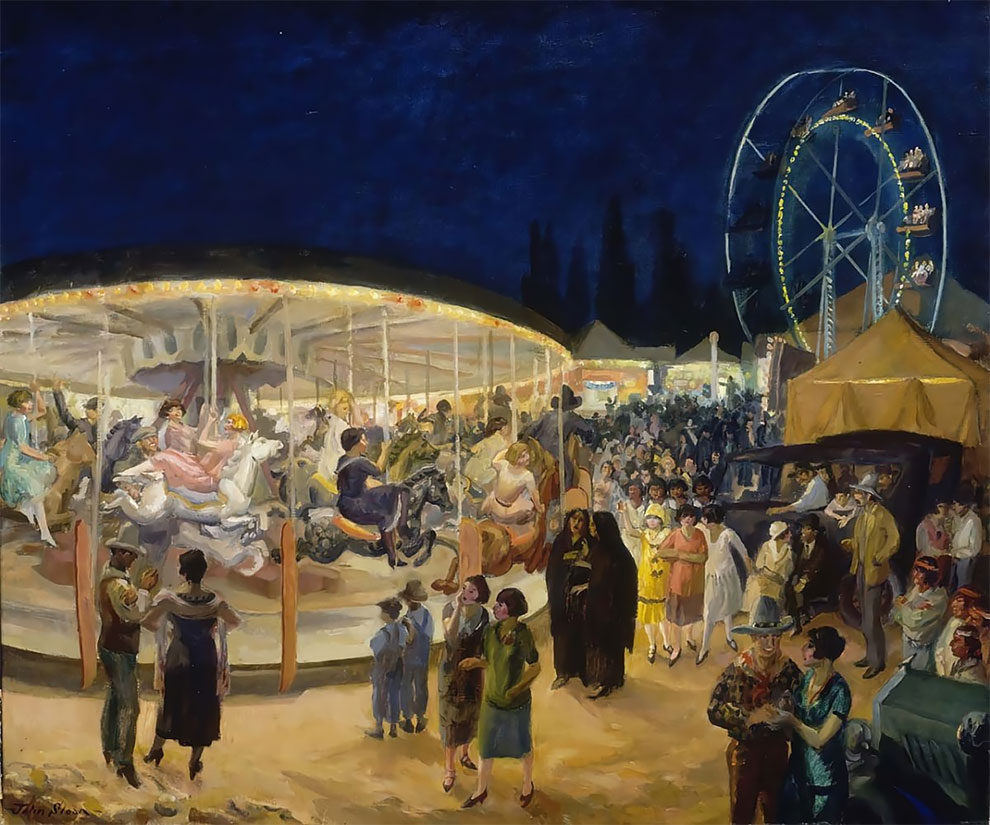 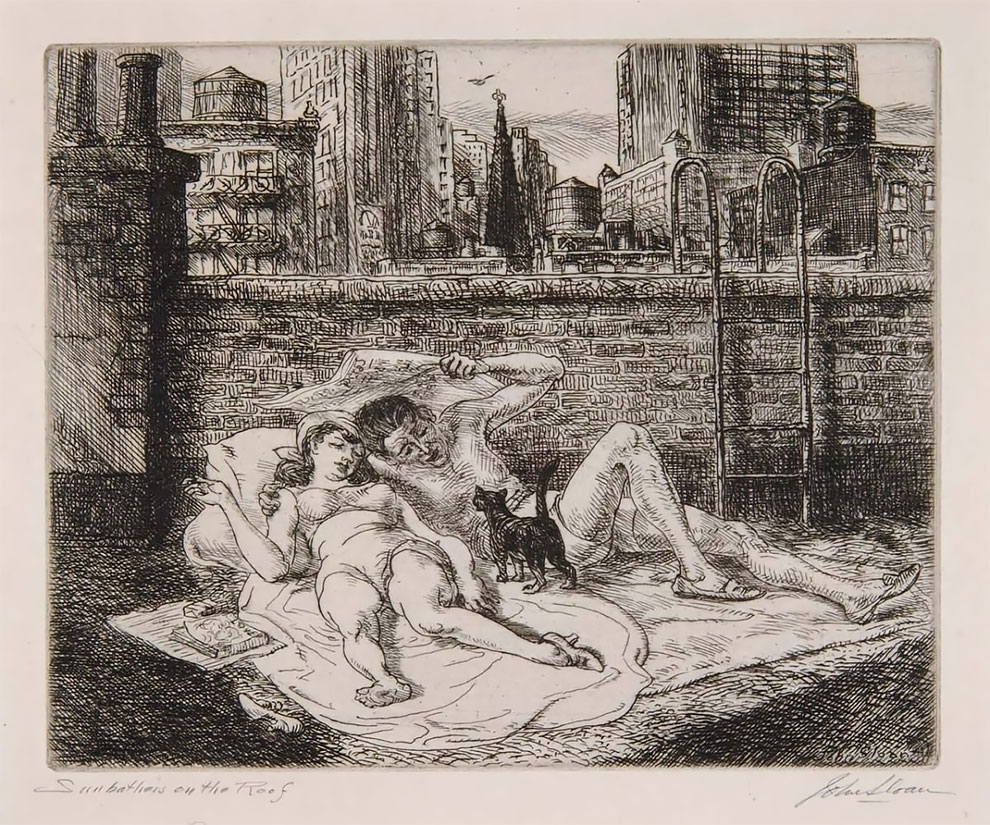 Turning Out the Light, from New York City Life, 1905 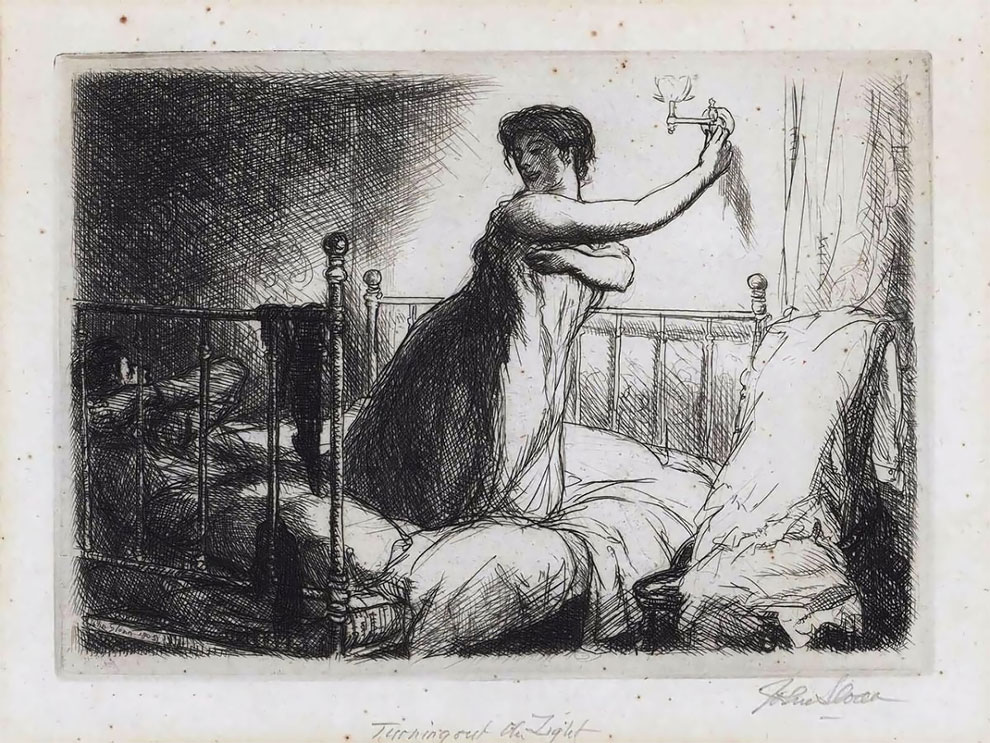 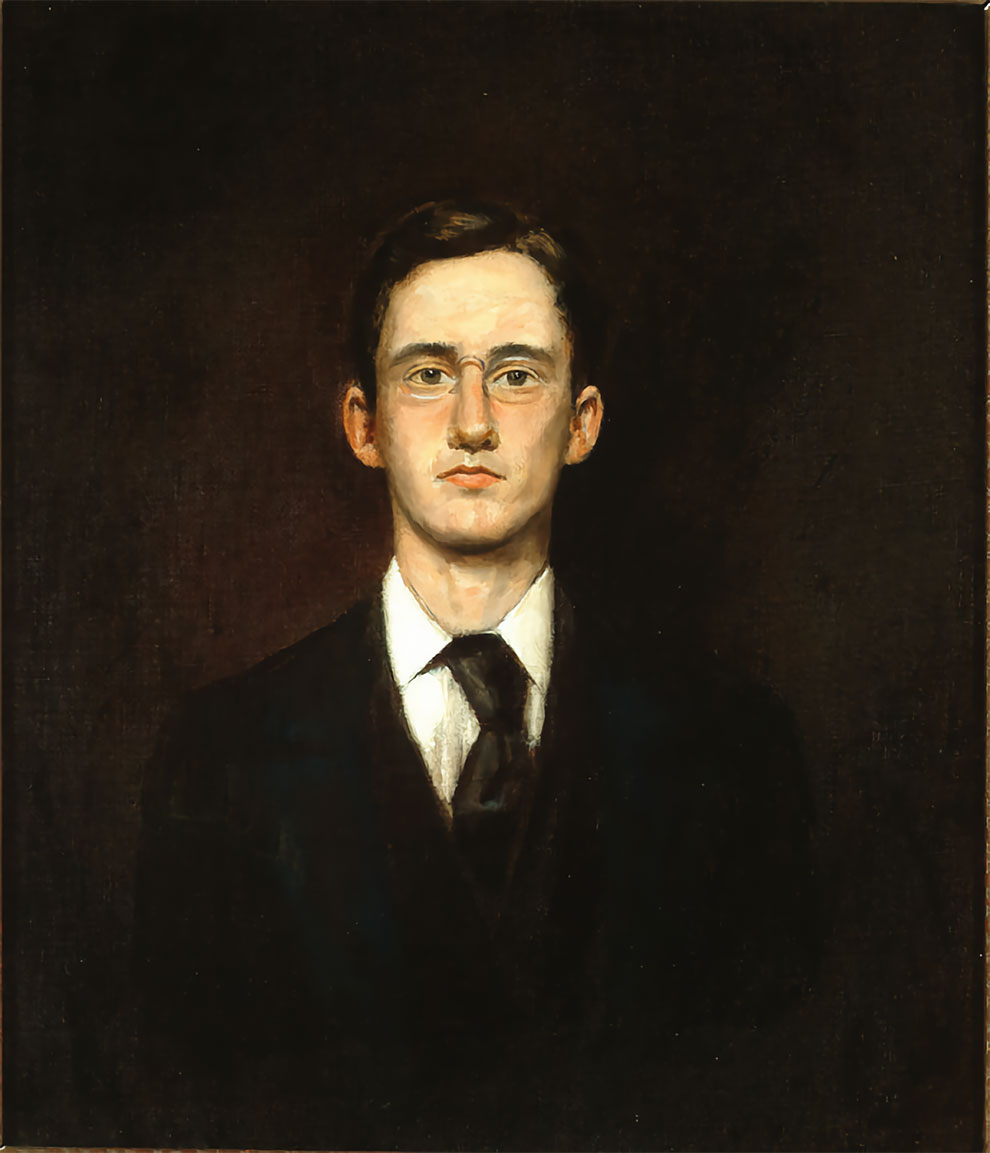