1934 Peugeot 601 Eclipse, the First Automatic Retractable Hardtop for an Automobile 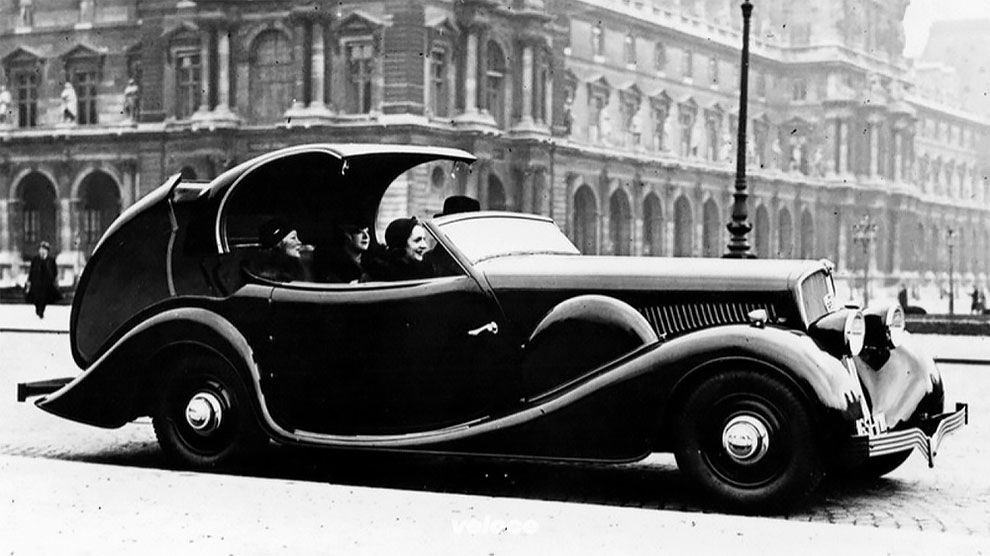 Fixed-roof cars of the early 20th century could feel claustrophobic. But convertibles of the time were often leaky, drafty, noisy, and insecure. The advanced solution came from Peugeot in 1934, with the introduction of the retractable hardtop on its luxurious 601. The self-storing roof structure automatically disappeared behind the passenger’s compartment into a space revealed by the reverse-opening rear deck in lieu of the trunk.

This Georges Paulin design set the general design standard for retractable hardtops. The technology surfaced in an American production car when Ford introduced the 1957–1959 Skyliner, and all modern variants can trace their roots back to prewar France and have evolved from Peugeot’s idea. 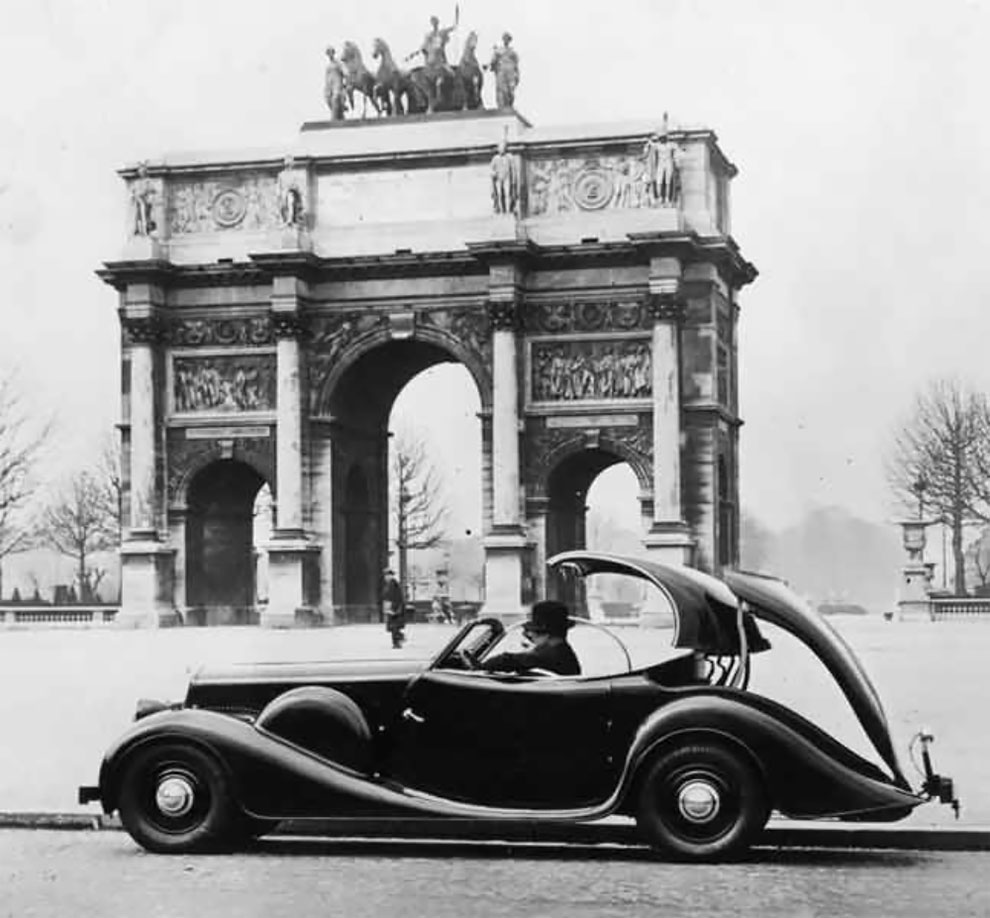 It used an electric to operate the roof mechanism which Peugeot promised would take 15 seconds to erect or lower, but it actually took closer to a minute to fully complete. Furthermore, four such cycles were sufficient to completely drain the car’s battery a situation which meant you had to do it by hand via a manual lever.

In 1935 the 601 was further developed with minor modifications and some new body variants on the C-series of 1934 and these were classified in the series 601D. The long body styles were called 601DL. The D-series are recognizable by the lowered headlights and the elongated handles on the hood instead of the flaps. 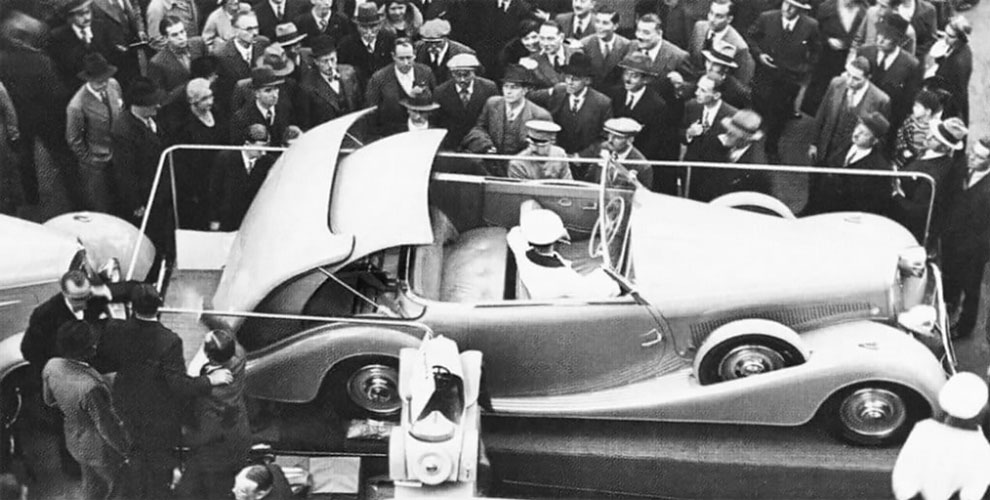 Although the 601 was only in production for 2 years, the 601 was a popular car at concours d’elegances. The body style “transformable electrique” (now known as the CC) in particular appealed to the public’s imagination. 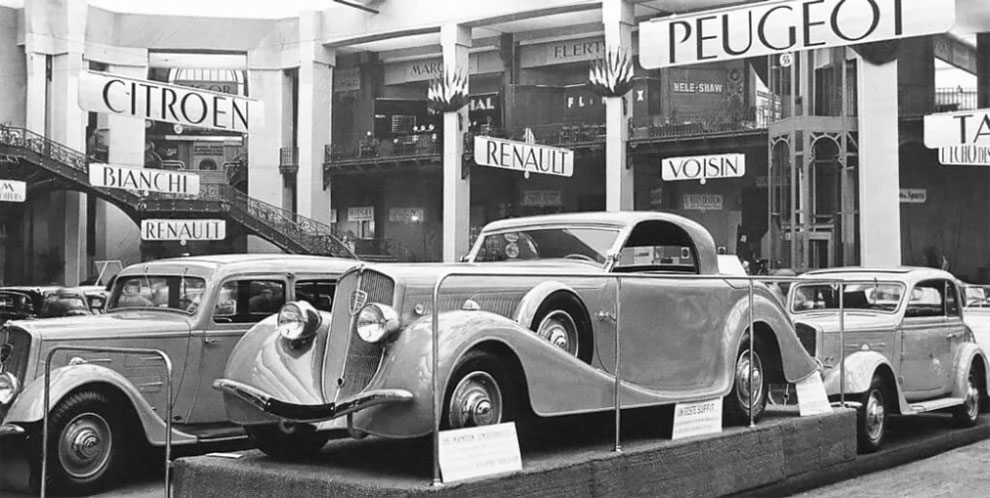 The transformable electrique, or the Peugeot ‘Eclipse’, was born thanks to the meeting of three men: Darl’Mat, one of the most important Peugeot dealers, coachbuilder Marcel Pourtout and Georges Paulin, who was actually a dentist but also found his talent in designing of cars. It was Georges Paulin who entrusted the paper with an idea in 1933 to fold a metal roof completely into the trunk. He patented his invention and then went for coffee with Marcel Pourtout. Eventually, they enlisted their friend Darl’Mat to try out the concept on the new 601. The result was astonishing. The iconic Peugeot Eclipse was born. 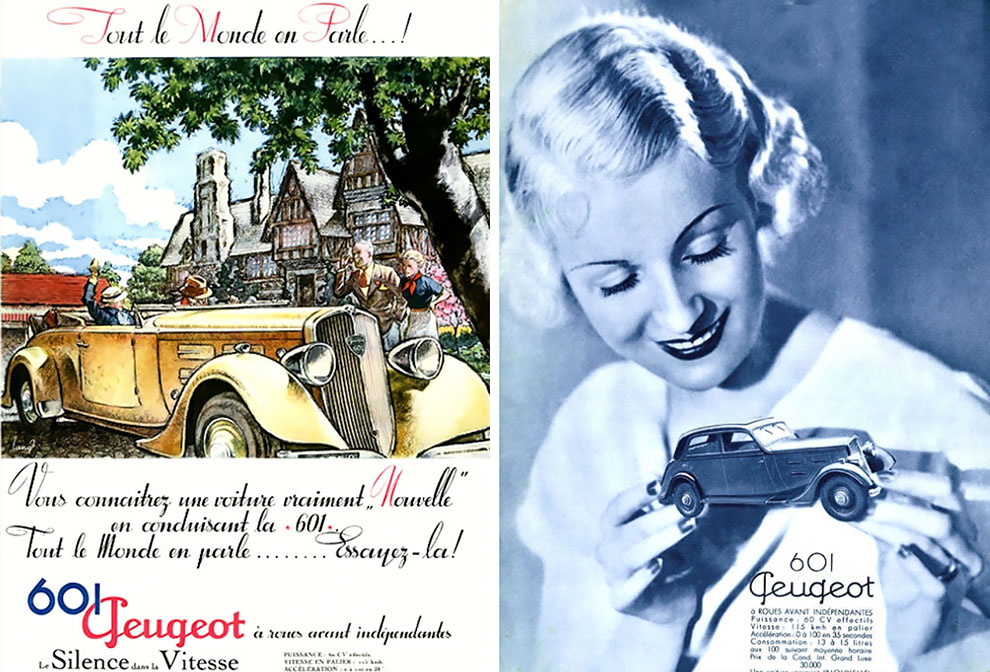