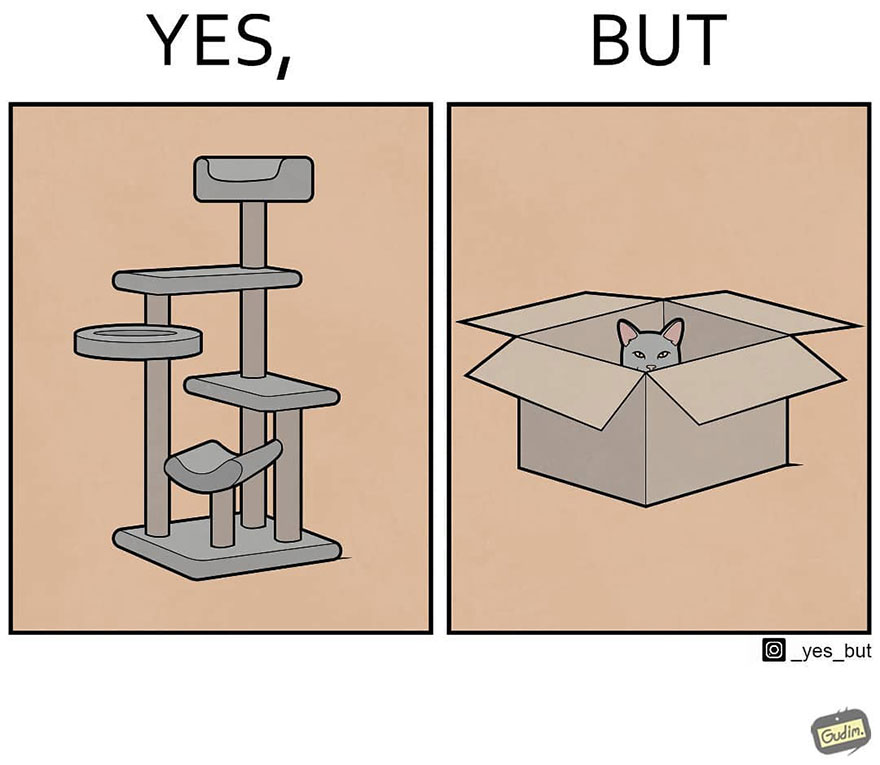 Without exaggeration I would like to say that Design You Trust was the first to write about this Russian artist. Not even a year has passed, and Russian artist Anton Gudim is back! In today’s article, we want to share more of his sarcastic comics from the “YES, BUT” series. Anton is a master of absurdity, irony, and dark humor. His illustrations perfectly capture the ridiculousness of modern society and make fun of something that we have accepted as normal. 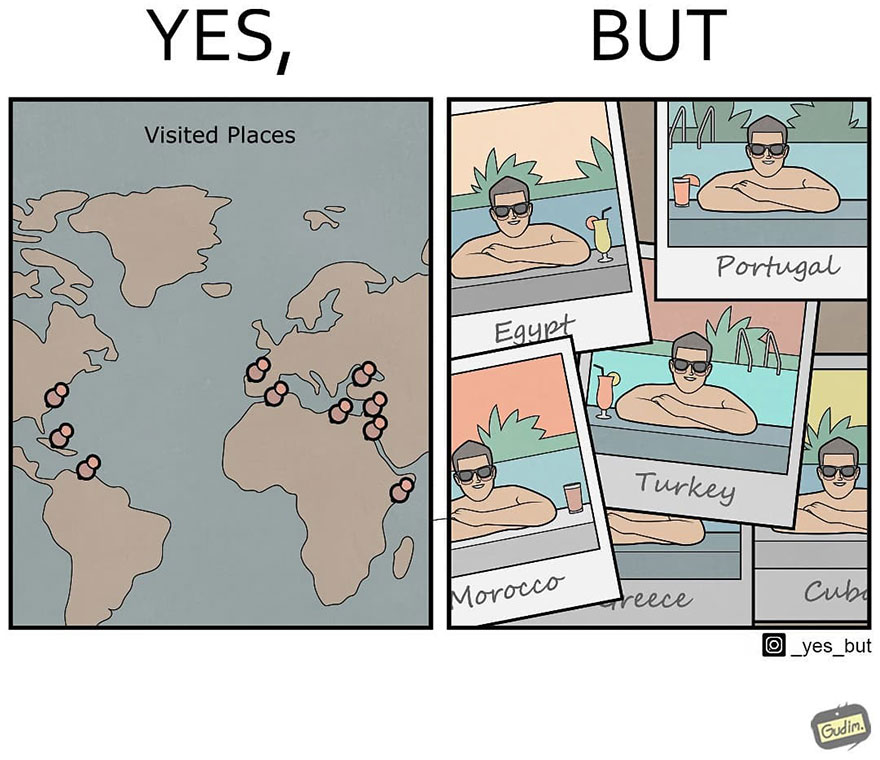 Anton Gudim is mostly known for the quirky short paneled comics he shares on Instagram, which now has more than 1 million followers. His newest project “YES, BUT” is similar in the topics, but is different in style, because here, unlike in his other works, Anton posts only two-panel comics. But don’t get yourselves tricked! Even though they are shorter, these comics are no less influential. The illustrations touch on topics such as consumerism, people’s behavior, ecology and many more. Through the prism of humor and irony, that’s how Anton portrays modern society. 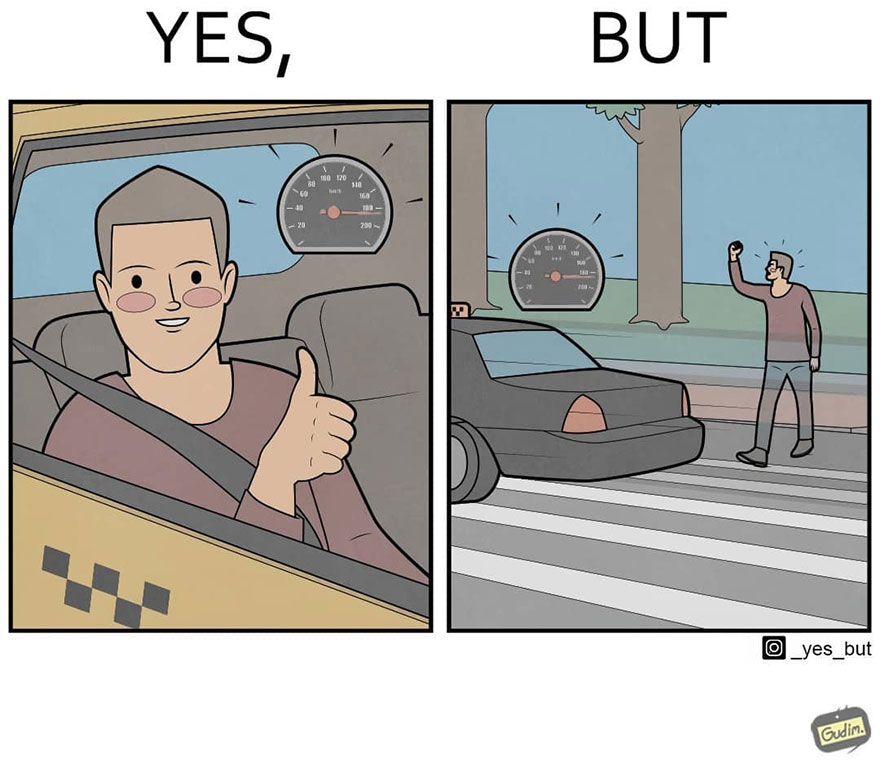 Anton’s ideas come from observing everyday life. As the artist mentioned in previous interviews, over the years he has trained himself to notice something and to be in a constant search for ideas. Since he has formed an absurd surrealistic style, Anton looks at the world through the prism of it. “This is the way to fight the boredom: to see something new in the regular surroundings.” 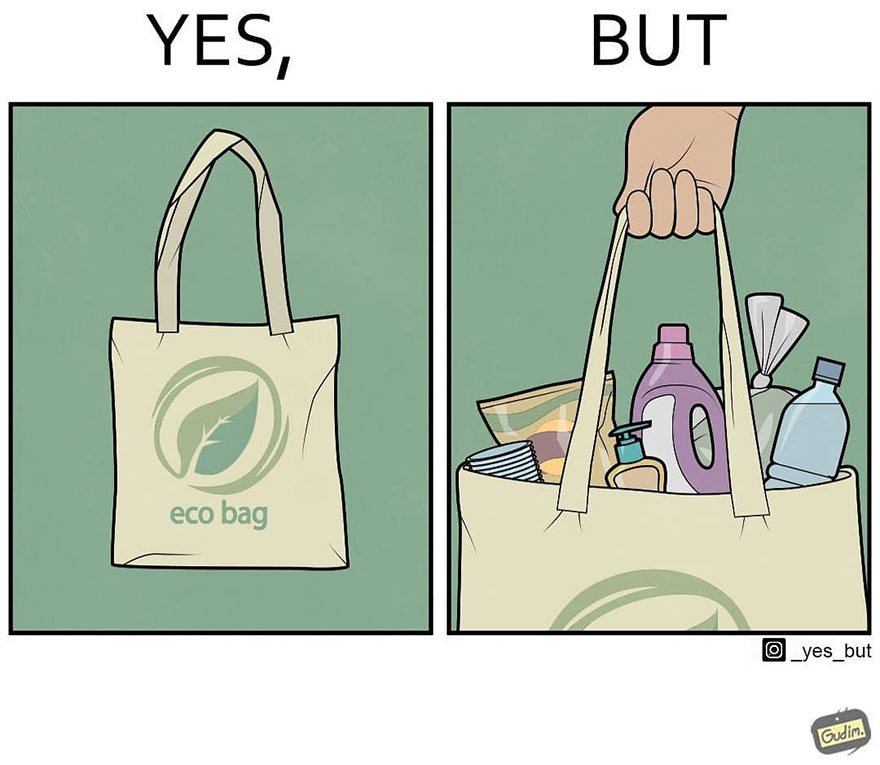 The idea of creating “YES, BUT” comics came to Anton more than 4 years ago after he noticed that a lot of people are acting contradictorily and not noticing it. The comics evolved and now they depict not only people “who are in their individual manifestation”, but they are also about how “contradictory society itself and the structure of the world is.” 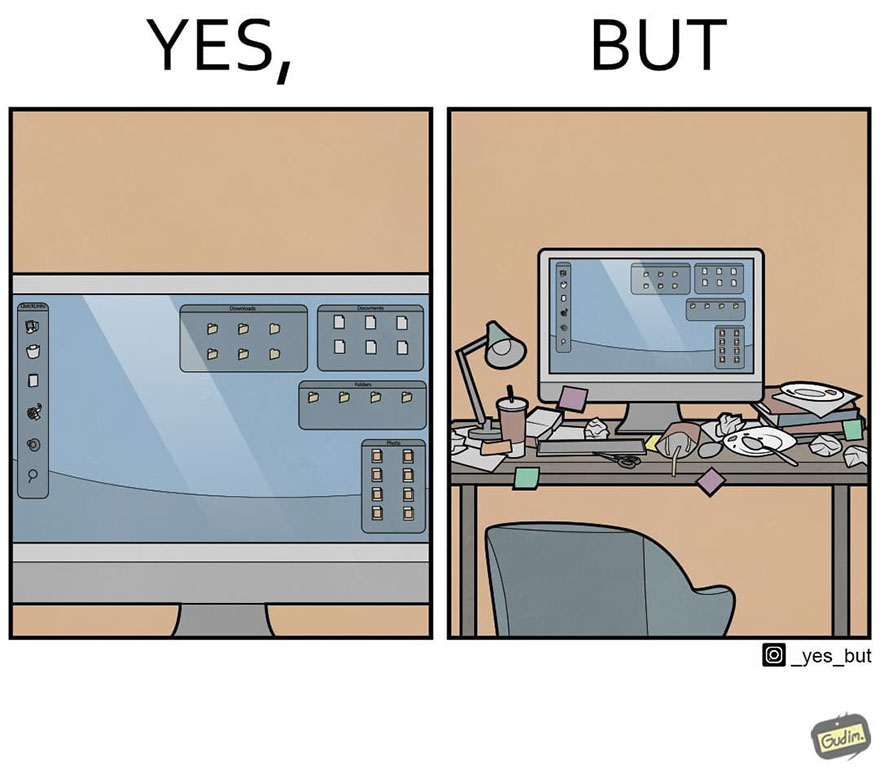 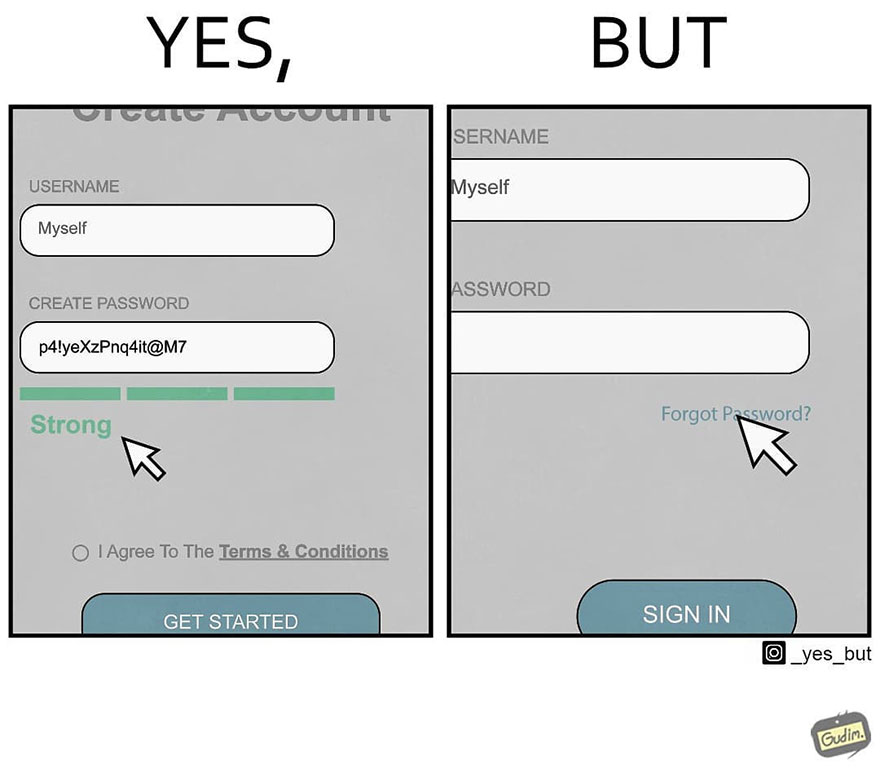 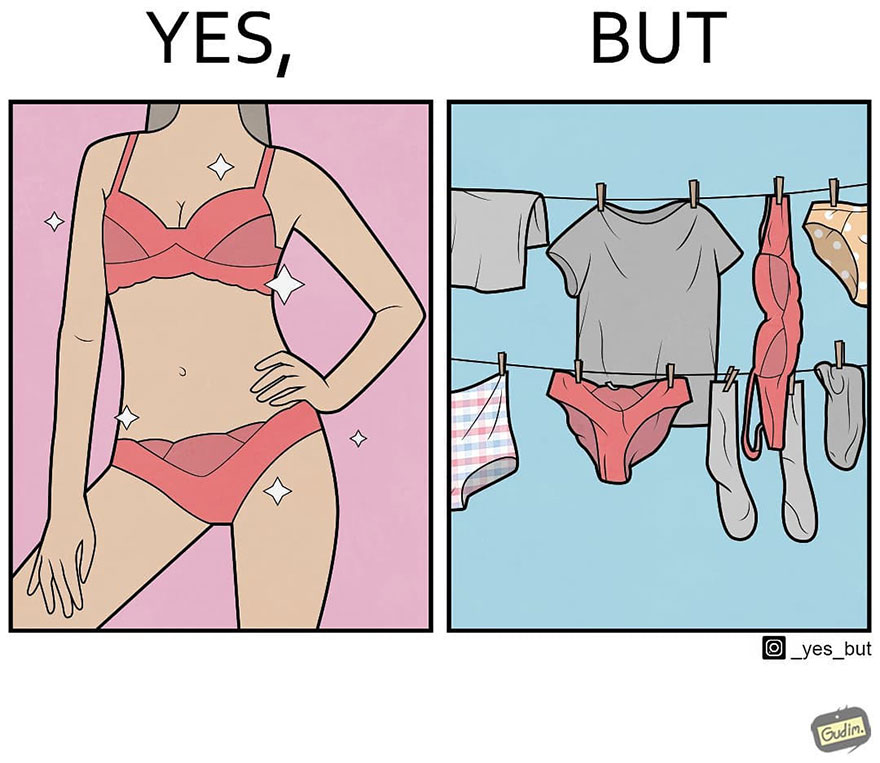 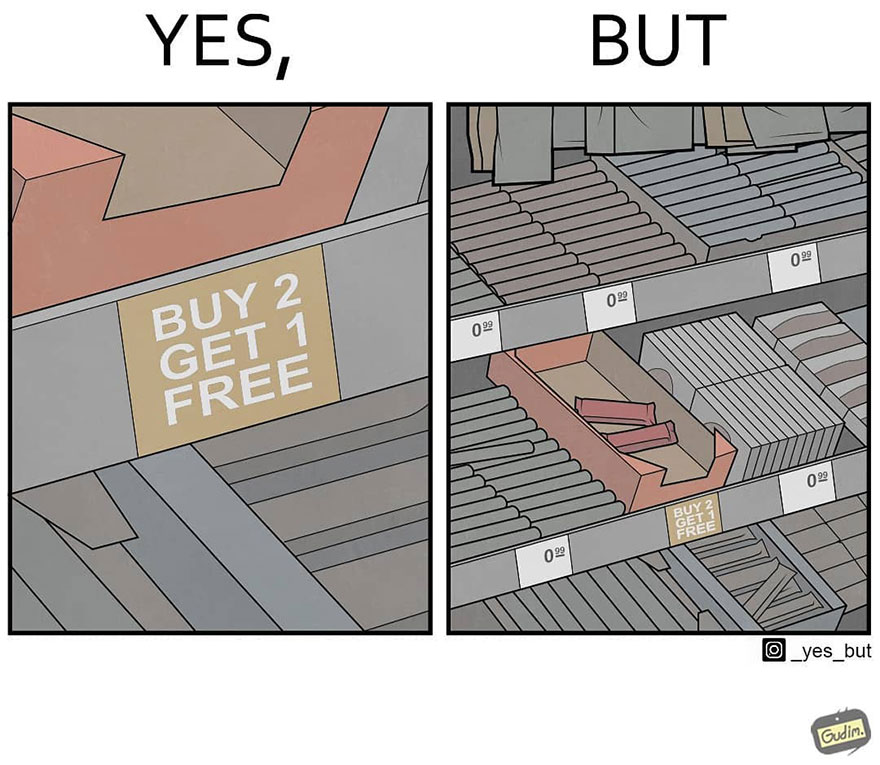 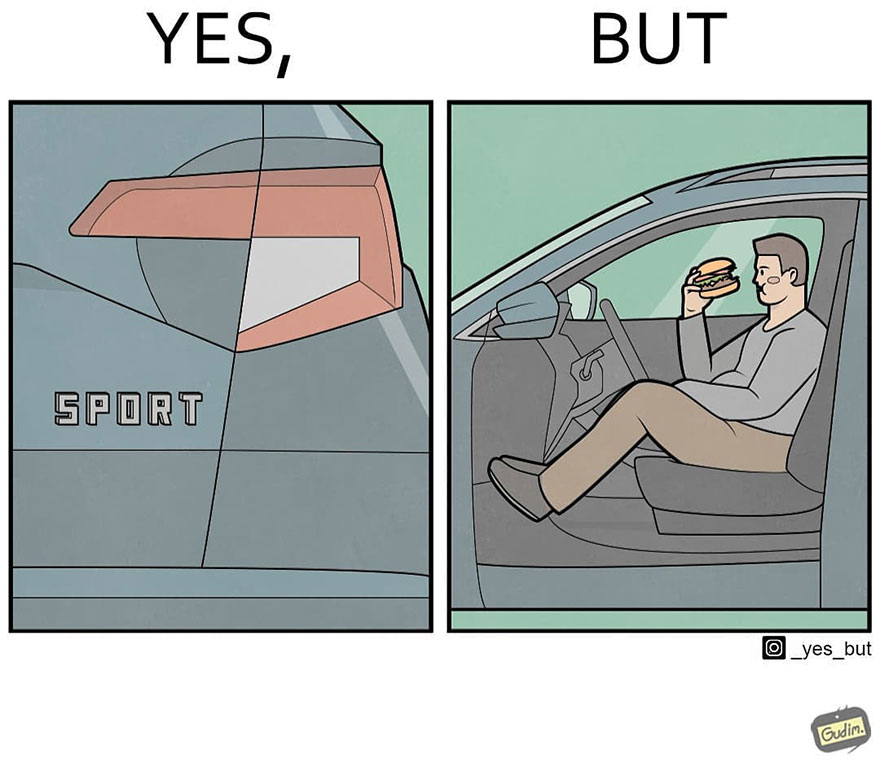 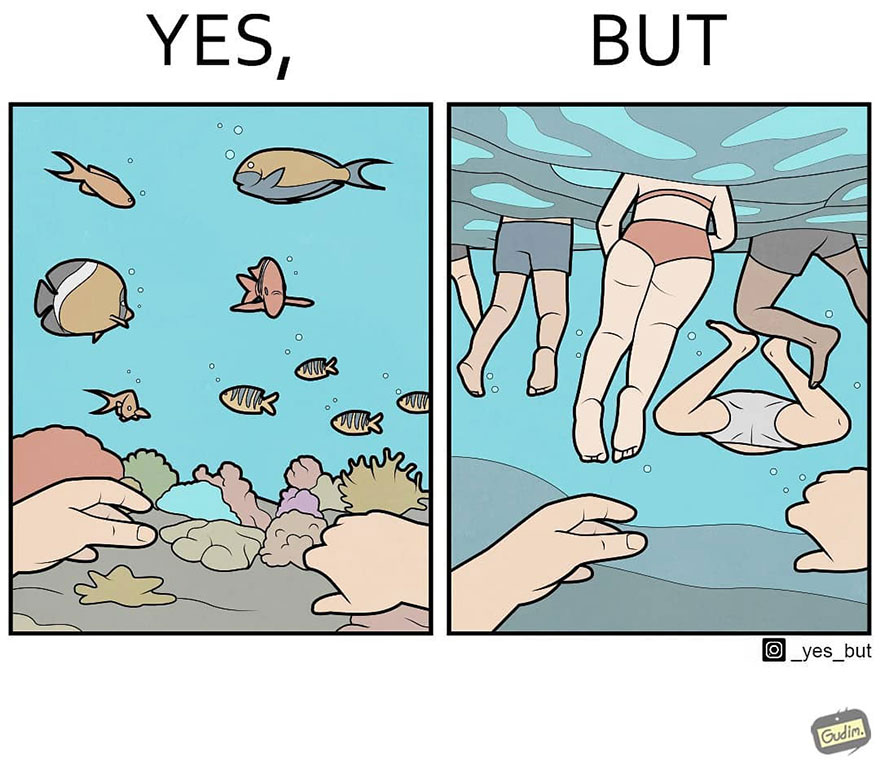 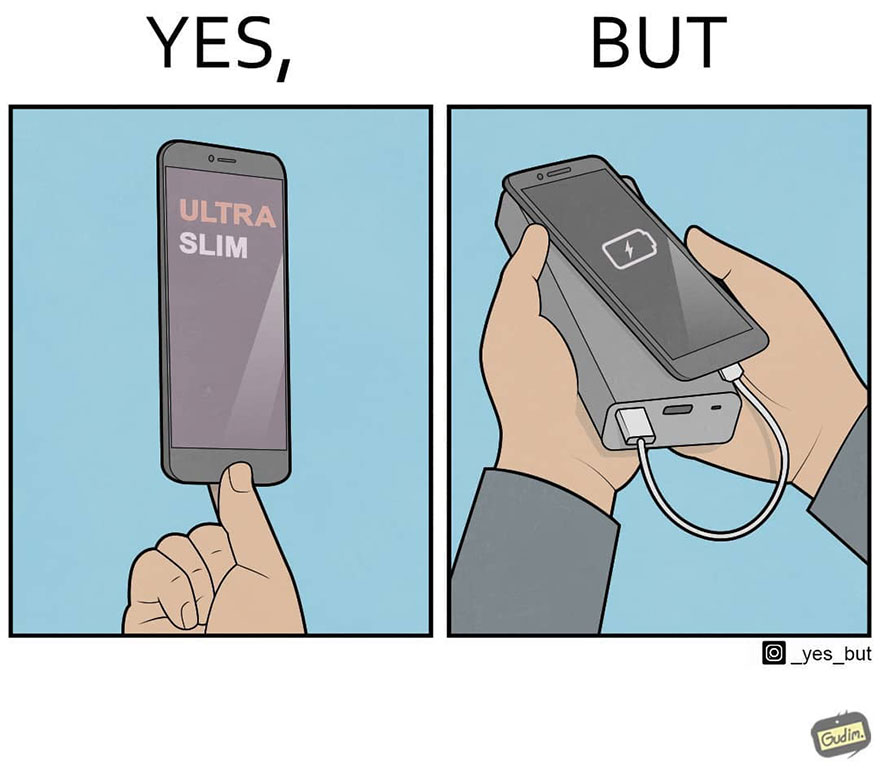 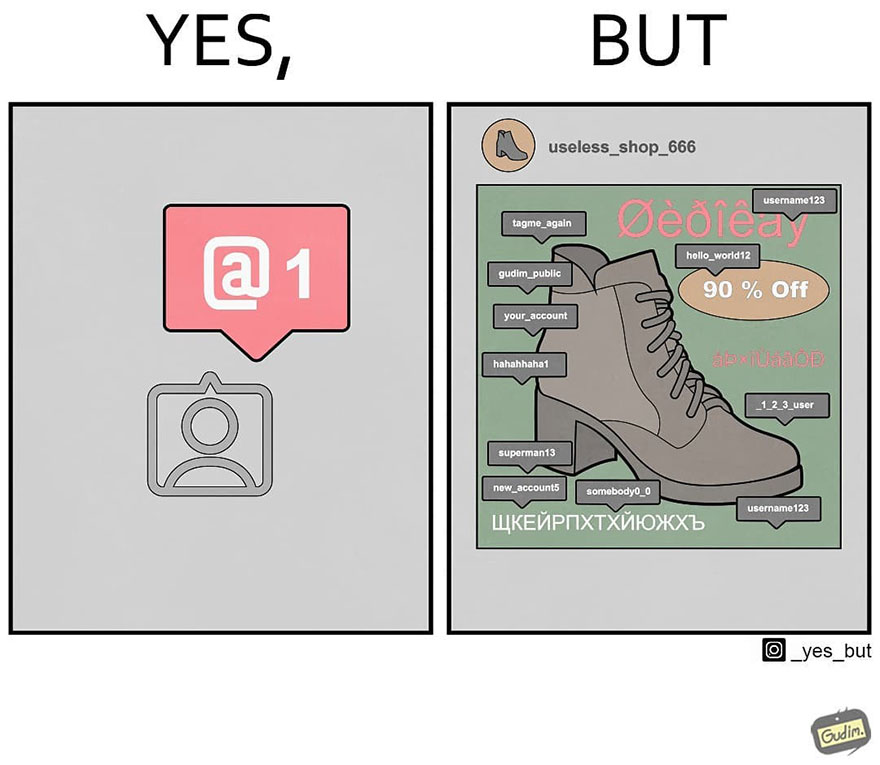 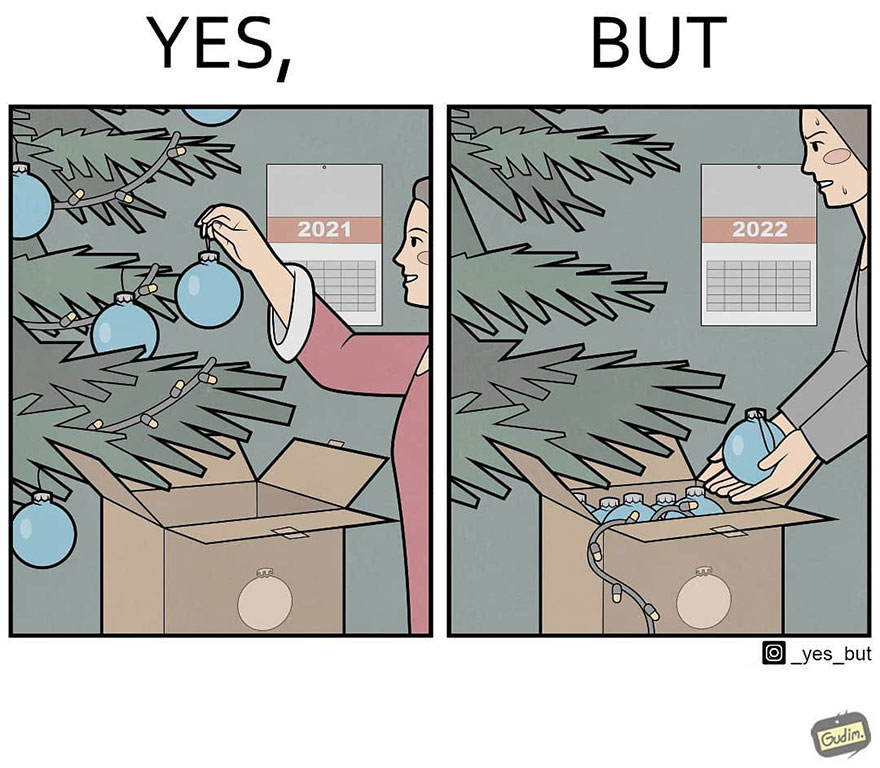 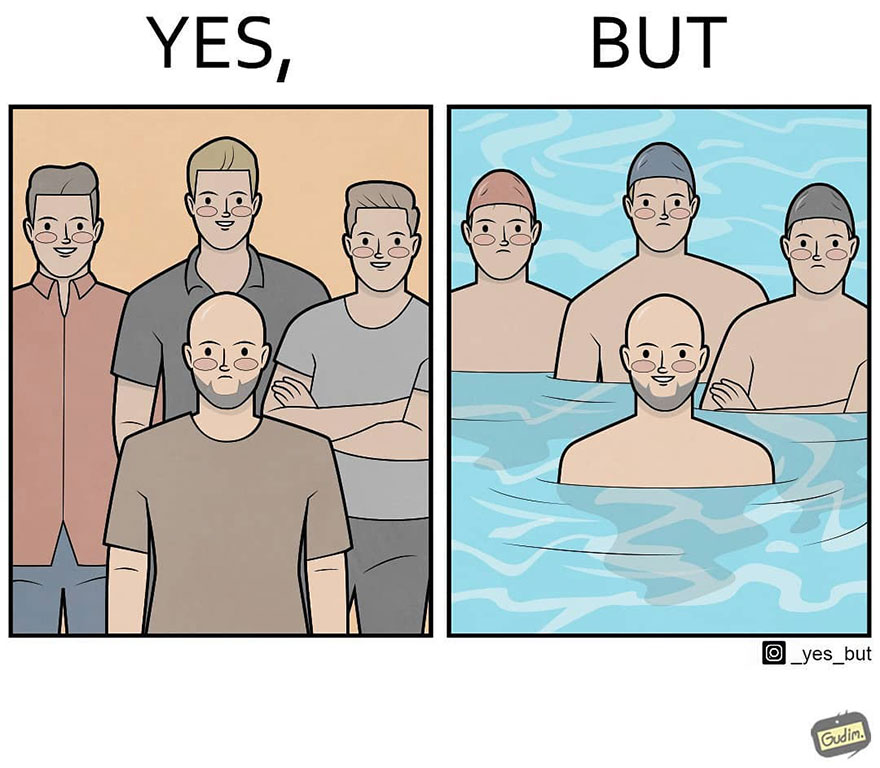 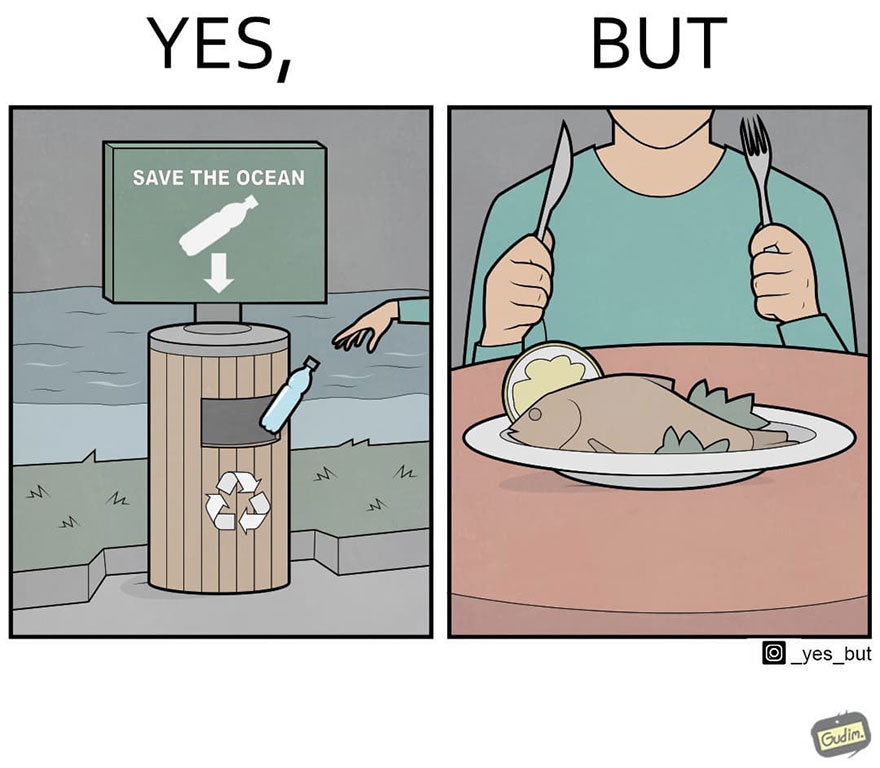 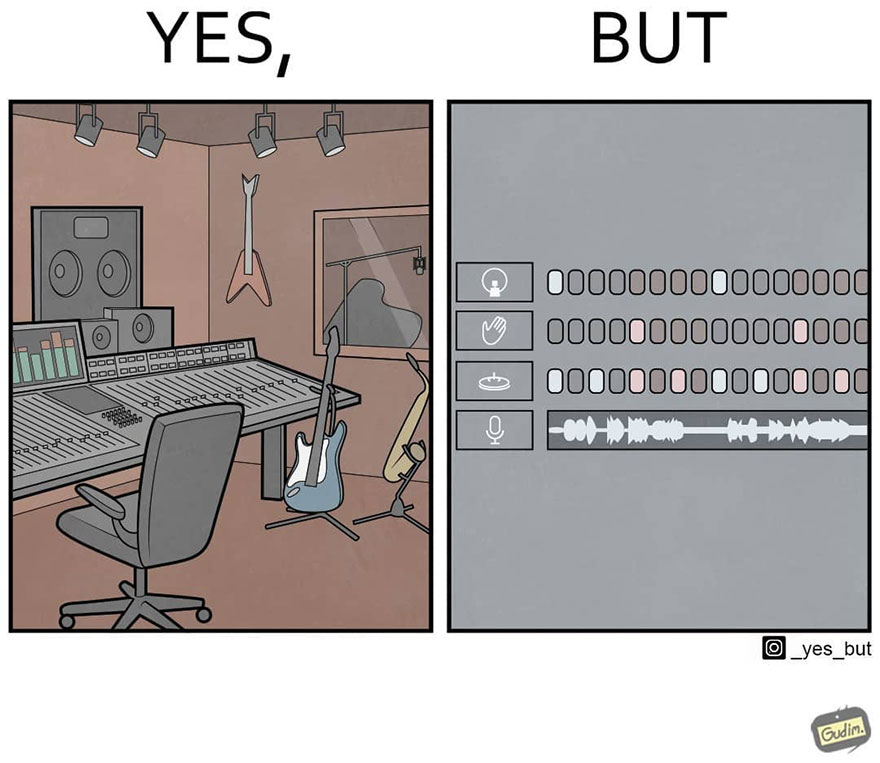 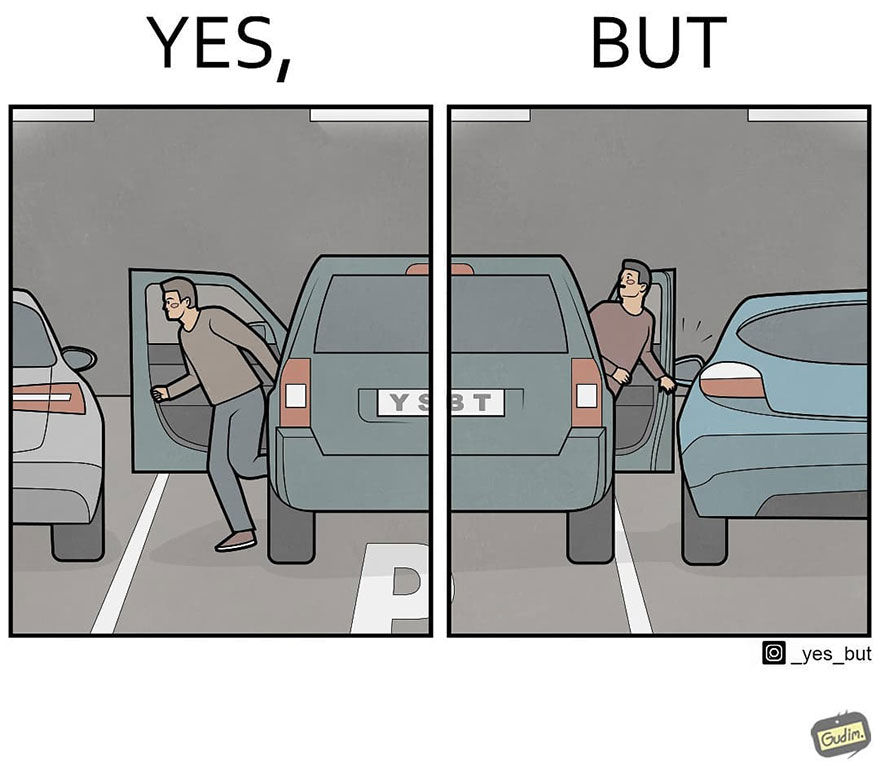 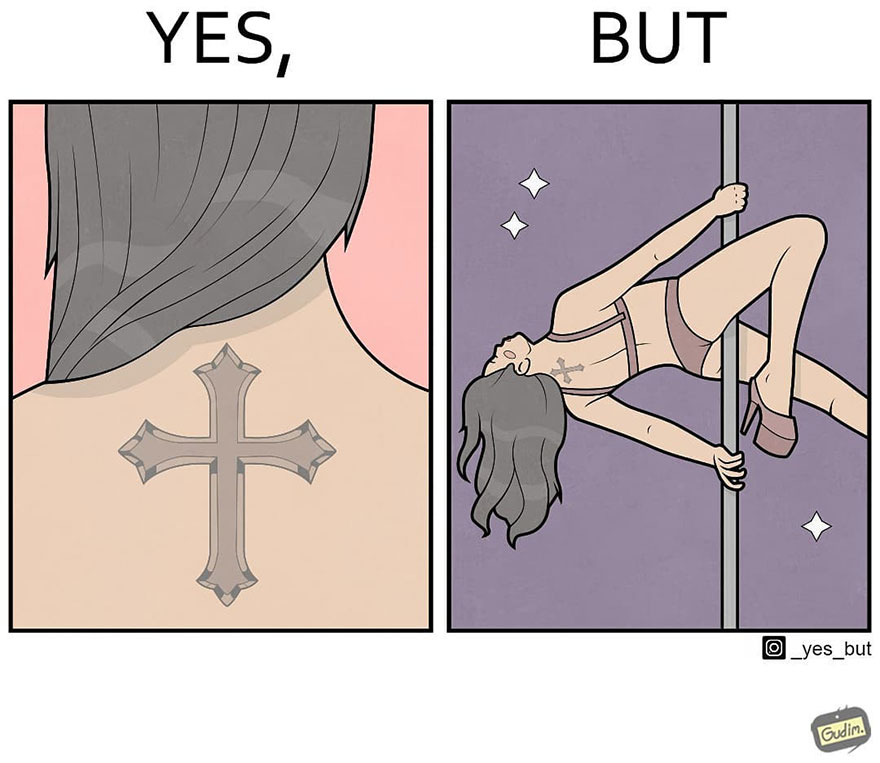 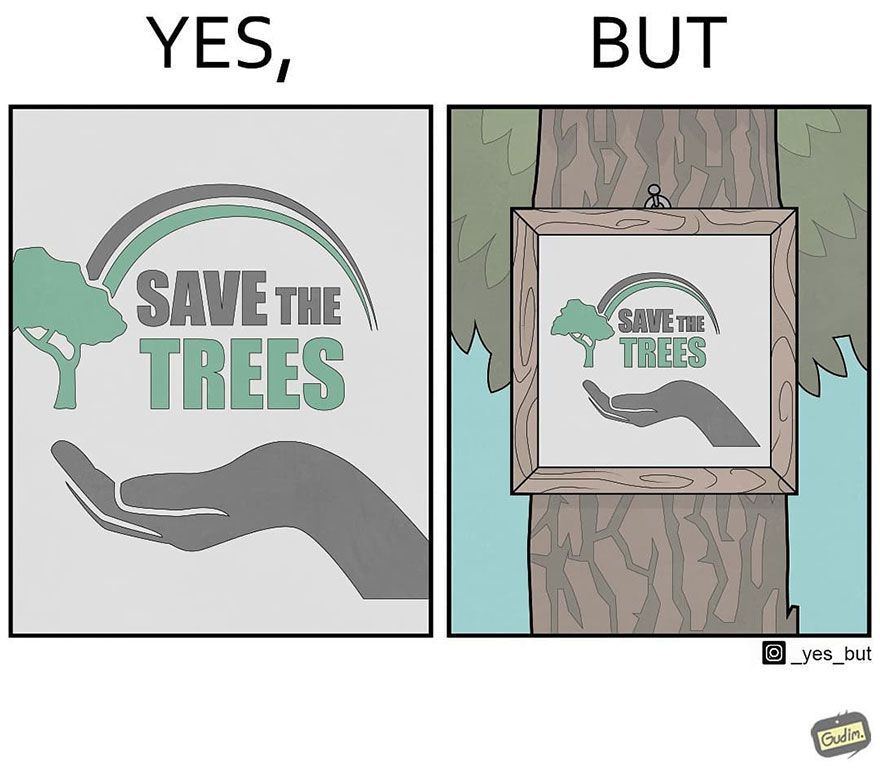 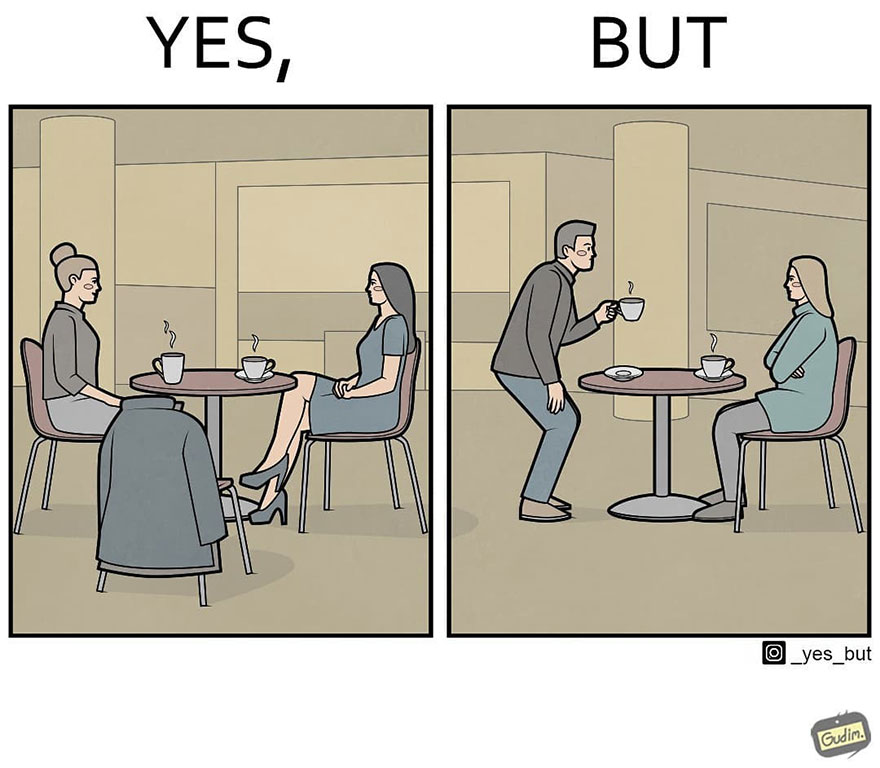 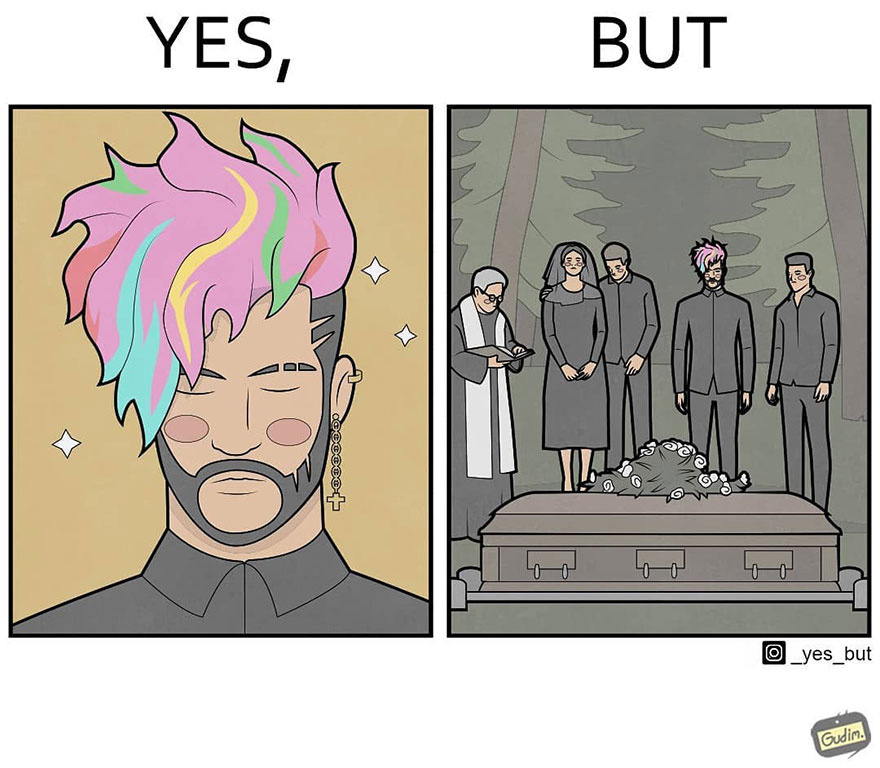 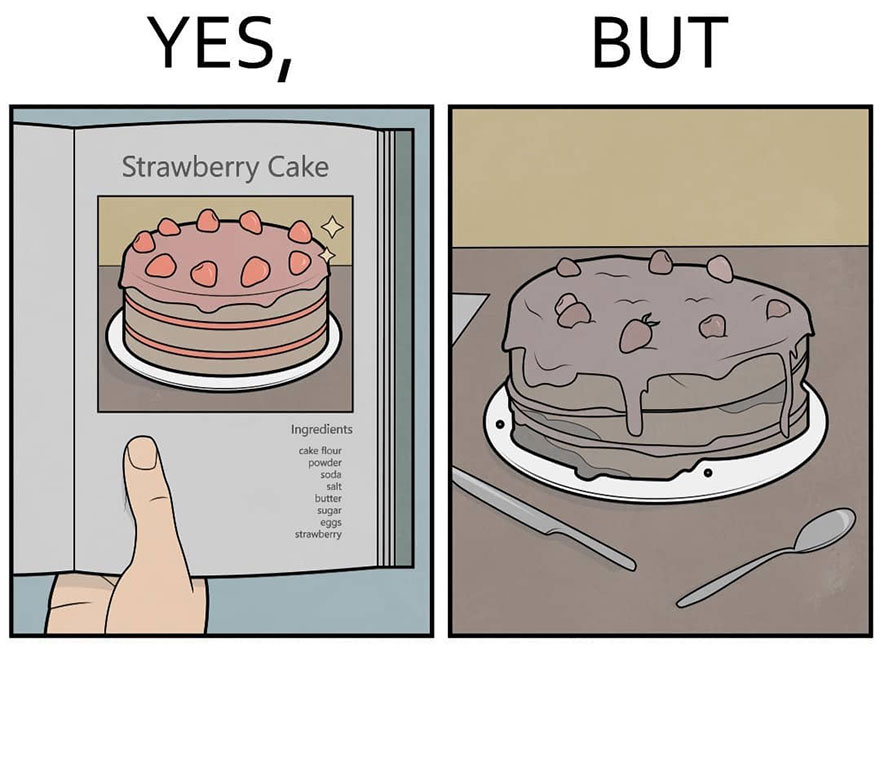 A Strange Night's Dream: Paintings by João Ruas
Polish Artist Designs Shoсking Ads Of Major Companies That Show The Harsh Reality
Creative And Dreamlike Photo Manipulations By Fabien Barrau
The Dark Surrealism of Arturo Rivera
Funny Comics Showing How Women Behave When Nobody’s Looking
Creativity By Natasha Kinaru: Drawn Pictures Of Celebrities
"Phantasmagoric Ecstasy": The Superb Collage Artworks of Michelle Concetta
Japanese Illustrator BerryVerrine Dazzles With Awesome Retrowave Kawaii Art
Artist Made Immature Search And Find Puzzles For Adults, And It’s As Stimulating To Both Your Brain And Your Funny Bone
Narrative Dramas Unfold In Robert Proch’s Multi-Dimensional Glitched Paintings And Murals
Japanese Artist Takes Away The Innocence From Disney Characters And Puts Them Into Wrong Scenarios
"Somewhere On Earth": Mystical And Fascinating Photo Series By Syl Nial
McDonald's Campaign with Cossette Montreal Reminds Movers to Take a Break During Moving Day
Eccentric Vintage Car Ads From the 1960s and 1970s
A Rainbow of Vegetation Consumes a 7-Story Building in a New Mural from ‘Blu’ in Rome
Re-Enactors Prepare For The Battle Of Hastings For 950th Anniversary
The Bow-Tie Sticker by Frenchstickers
This Guy Photoshops Himself Into Movie Posters And The Results Are Hilarious
Kurdish Dandies Start Iraq’s First Fashion Club
"Don't Think About The End At The End": Weird Advertising For An Orthodox Cemetery
The Last Day For Tomorrow Future: Absolutely Amazing Digital Artworks Of Bryn Jones
Cyberpunk, Biomech, and A Pinch of Death: Illustrations by Ching Yeh
This Artist Turns Pop Culture Characters Into Hyper Realistic 3D Models
Cute Illustrations Show How Complicated Love Is Made Simpler With IKEA Products
Anton Gudim, comics, dark, humor, nft, society

Children Were Given A Task To Create Original Heroes And Pros Had To Illustrate Them, Here’s The End Result
"Metamorphosis" by Gunduz Aghayev
Bizarre, Provocative And Imaginative Collages By Naro Pinosa
This Girl Cosplays Unexpected Things And Here Are Hilarious Instagram Pics
12 Easy Ways To Help Your Children Understand Math
Beautifully Designed BMW Ads Show Aerial View Of Roads That Look Like Guitars & Violins
The Giant Polar Bear Puppet Installed Outside The Shell Building In London
Meet Rammehar Punia, A ‘Rubber Man’ From India Who Has No Problem Looking Over His Shoulder
Artist Shows Us What Famous Characters Would Look Like In Real Life
Artist Transforms Famous Paintings Into Realistic 3D Furry Artworks
2007 ‒ 2022 by Design You Trust. Proudly hosted by WebHostingBuzz.
Privacy Policy · Terms of Service · Content Removal Policy ❤️ 🇺🇦