Creative Employees Transform Their Office with ‘Star Wars’ Murals Made of 3,597 Post-Its 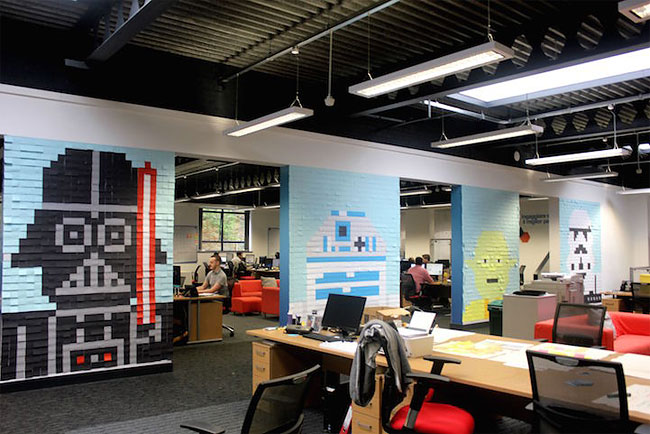 Viking is a company that isn’t afraid to let their employees get creative— especially when a new Star Wars film is soon to be released. Using a total of 3,597 post-it notes, four employees created spectacular murals of four iconic characters: Yoda, R2D2, Darth Vader, and a Stormtrooper. 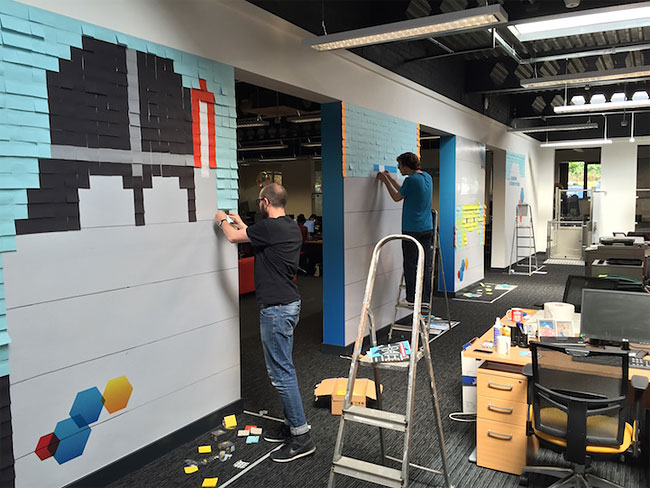 It took them a total of five hours to complete the intergalactic project, which measures an astounding 899 feet across in an office far, far away. 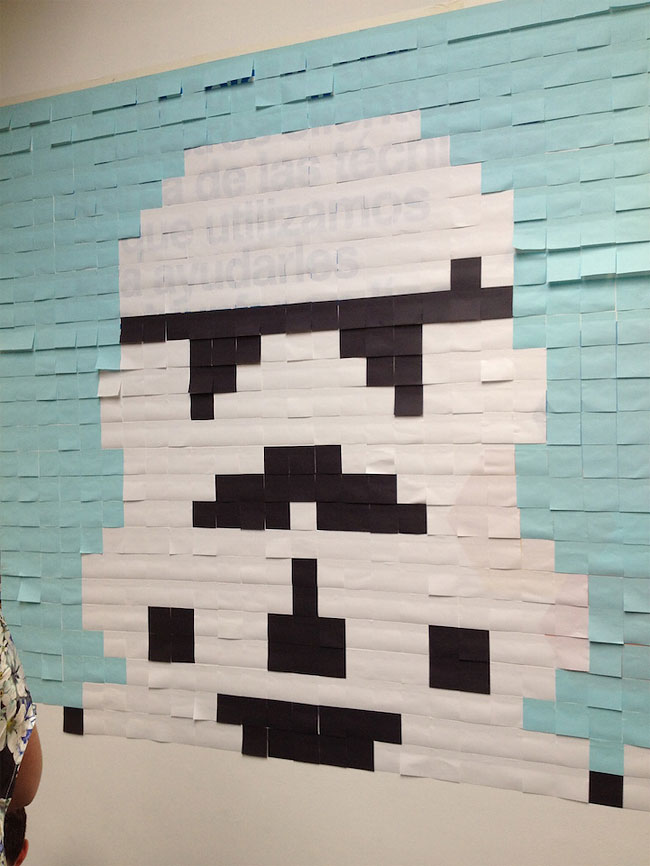 The team was inspired to get working on this impressive internal project after viewing Ben Brucker’s equally impressive superhero murals. 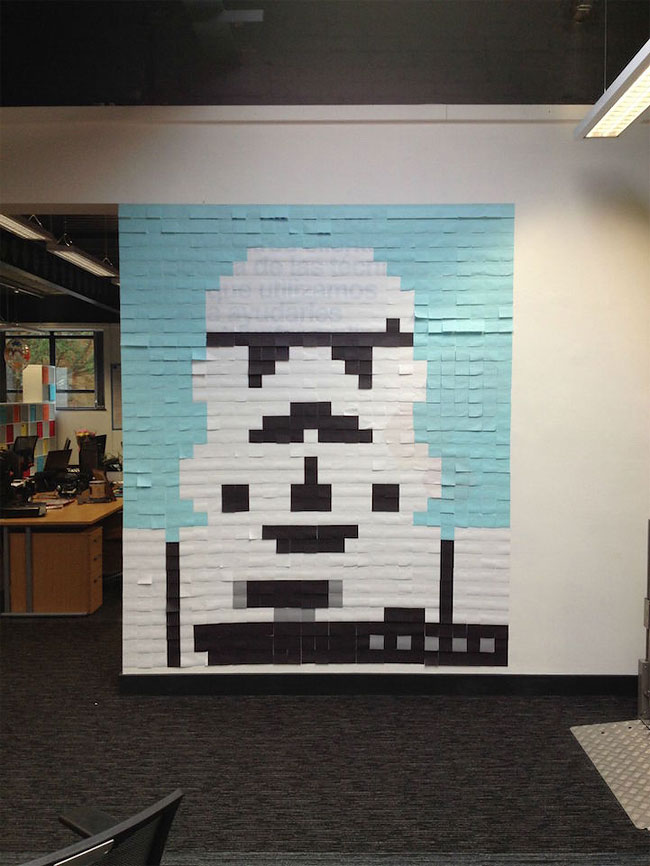 This form of art not only brightens up a simple office space, it also allows employees to get their creative juices flowing. 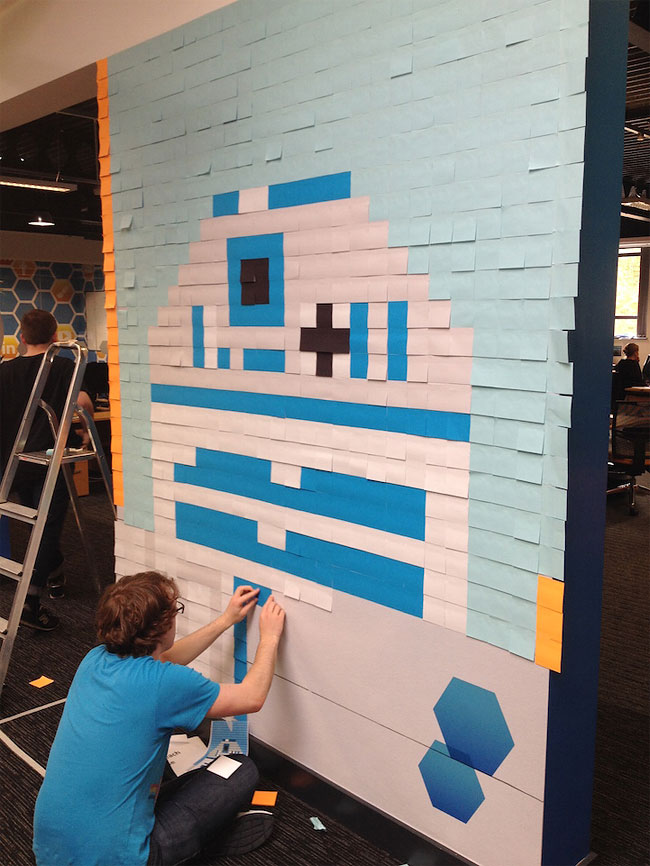 If this project’s taught us one thing, it’s that post-its, a love of Star Wars, and a little bit of imagination can go a long way. 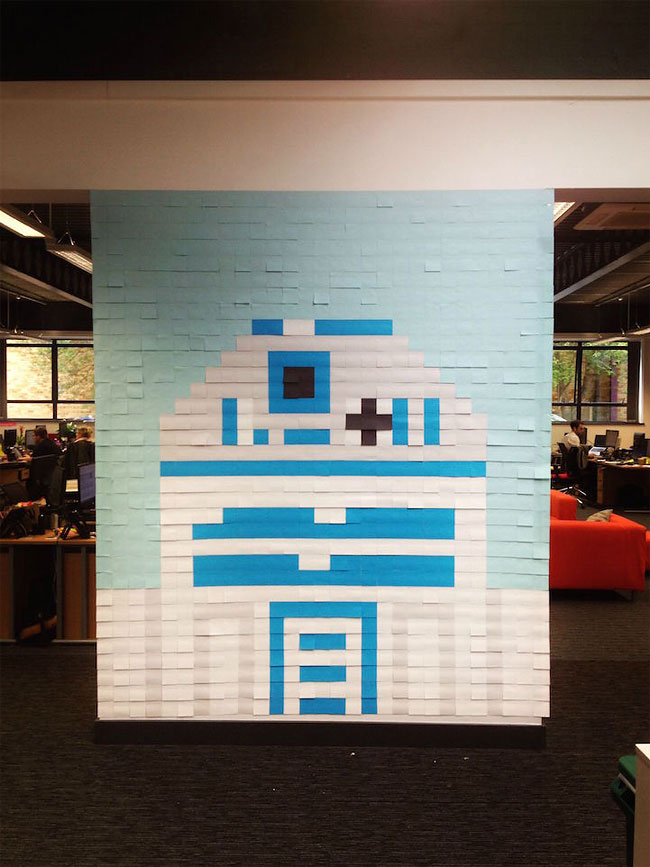 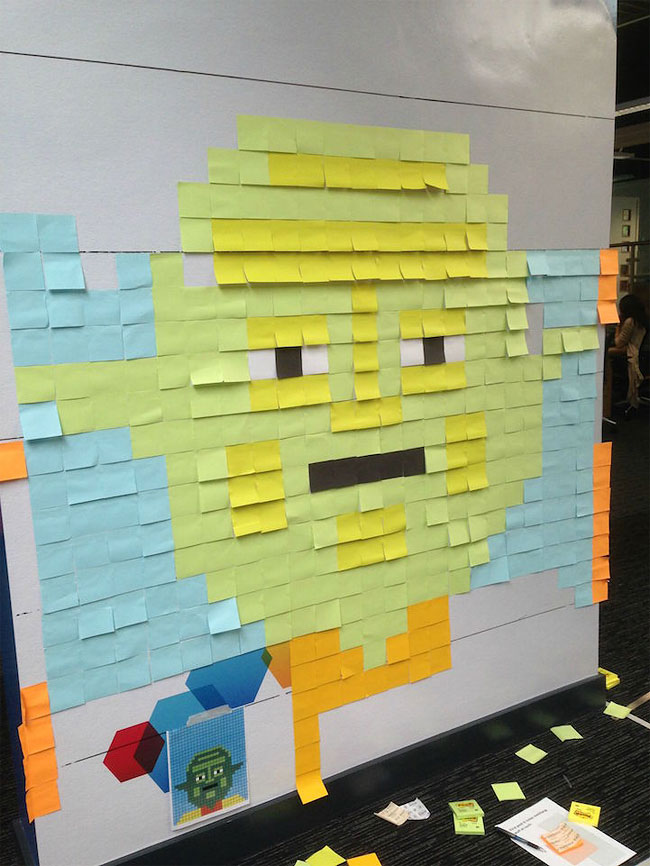 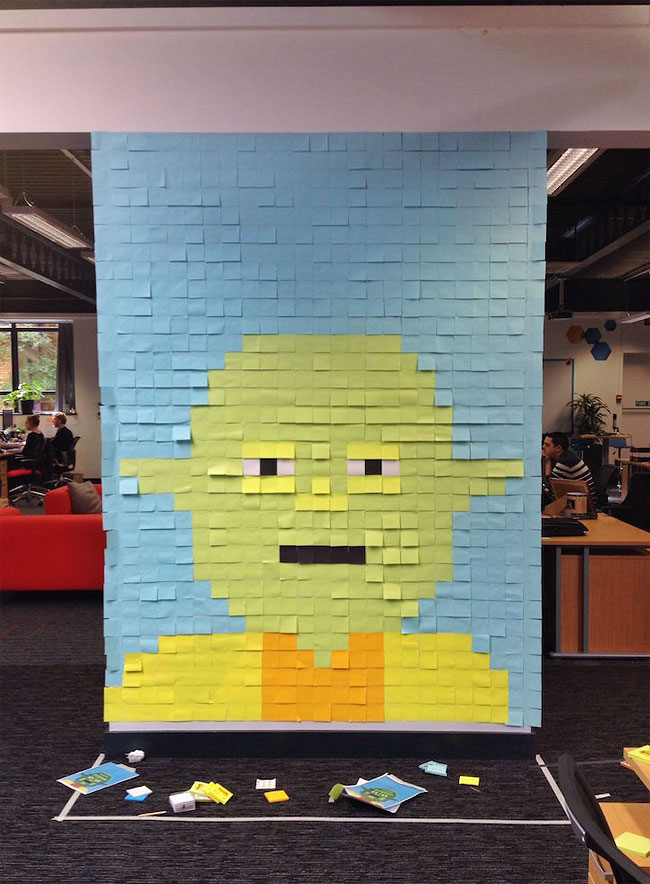 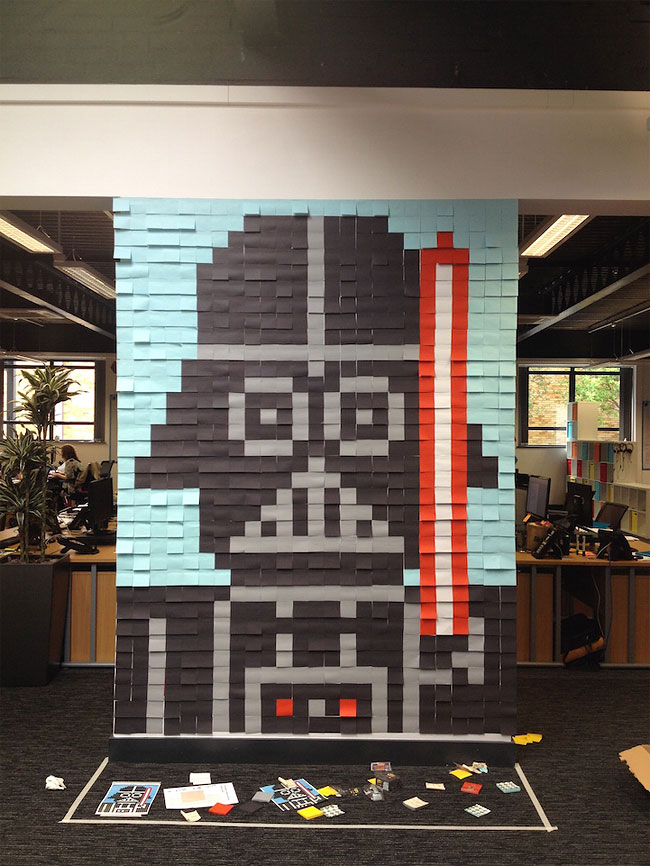 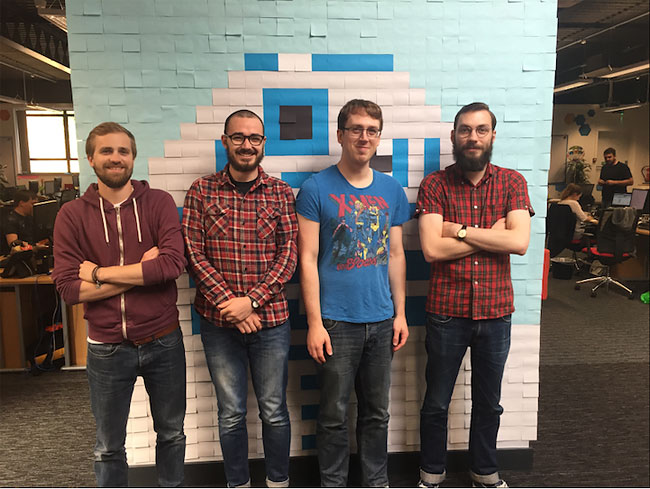 Disney Artist Inserts Beloved Characters Into Old, Traditional Japanese Photos
New Words That You Should Add To Your Vocabulary
Sea Monkeys, X-Ray Specs, and the Twisted Secret Behind Vintage Ads from American Comic Books
"If One Can Anyone Can All You Gotta Do Is Try": Powerful Art Works Of Faith Ringgold, A Painter, Author And Civil Rights Activist
"Rest in Peace": The Dark, Nightmarish and Bizarre Drawings by Dima Khramtsov
"Sculptmojis": Fun Series Of Illustrations By Ben Fearnley
Couple Documents How Fast Their Dog Grows In Just 8 Months
The United Kingdom’s Royal Mail Issues Postage Stamps Celebrating Classic British Video Games
Can You Recognize These Logo Brands? Artist Pedro Almeida Has Got A Challenge For You
Photographer Reveals What Tricks He Uses To Get Interesting Photos In 30 Examples
This Artist Combines Human And Animal Features Into A Single Self-Portrait
Famous Brands Get A Logo Makeover By A Canadian Artist To Better Reflect Their Brand Philosophy
"A Different Point Of View": Ad Campaign Comments On World Leaders With Clever Juxtaposition Of Everyday Objects
This Artist Makes Witty And Funny Cartoons About Science, Literature, Pop Culture, And Many Other Things
This Ingenious Couple Built The House Of Their Dreams — And It’s Amazingly Small!
Thomas Lamadieu Creates Whimsical Art Where The Building Rooftops Frame The Sky
Ghanaians Have A Lot Of Feelings About This Simple Illustration By Poka Arts
An Artist llustrates The Sad Truth Of Modern Life: Thought-Provoking, Clever And Funny Illustrations By Marco Melgrati
"Back To The Future Past": The Superb Digital Art Collages of Dario Darius
The Superb Oldskool Sci-Fi Art Works of Giorgio Comolo
59 Accidentally Brilliant Shots By Edas Wong
17 Hilarious Parenting Comics That Are Your Life
In Astonishingly Realistic Painting, Artist Hiroki Okuma Spent Months Just on His Model’s Hair
Inspired By Graffiti, Superb Illustration Artworks Of Stu Mason
creative, employees, murals, office, their, transform