Clydesdale Horse Dresses As AT-AT from ‘Star Wars’ For Halloween 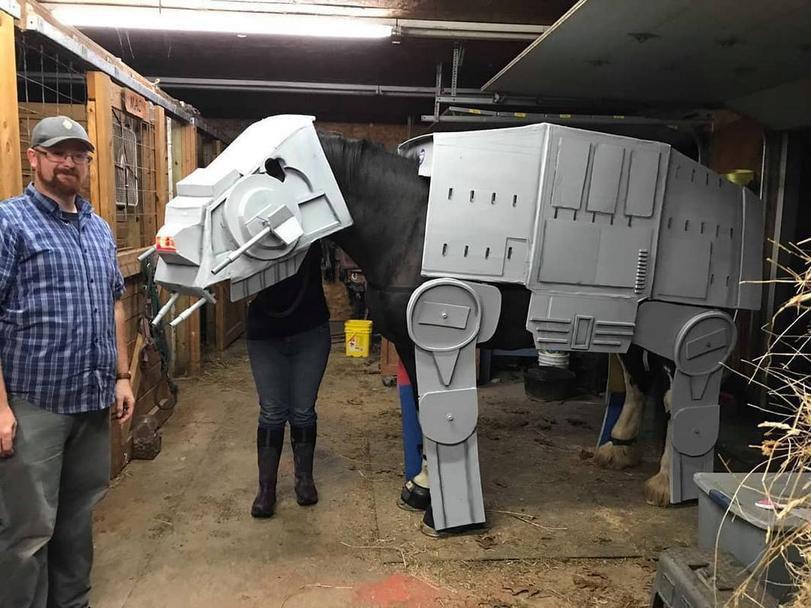 Who doesn’t love dressing up for Halloween? For one night you can be whatever you want, whether that is a superhero, villain, monster, or anything in-between. As much fun as it is to dress up for Halloween yourself, it can be even more fun to dress up animals. It is a common sight as people go out trick-or-treating or walk in parades. But have you ever seen a 2,000 pound horse fully dressed as an AT-AT from Star Wars?

Mike of Mike’s Tiny Shop has been building a costume for Moana the Clydesdale to make her look like the armored ground transport first used by the Galactic Empire in Star Wars: The Empire Strikes Back. She will be competing in the Costume Class at the World’s Clydsedale Show in Madison, WI. 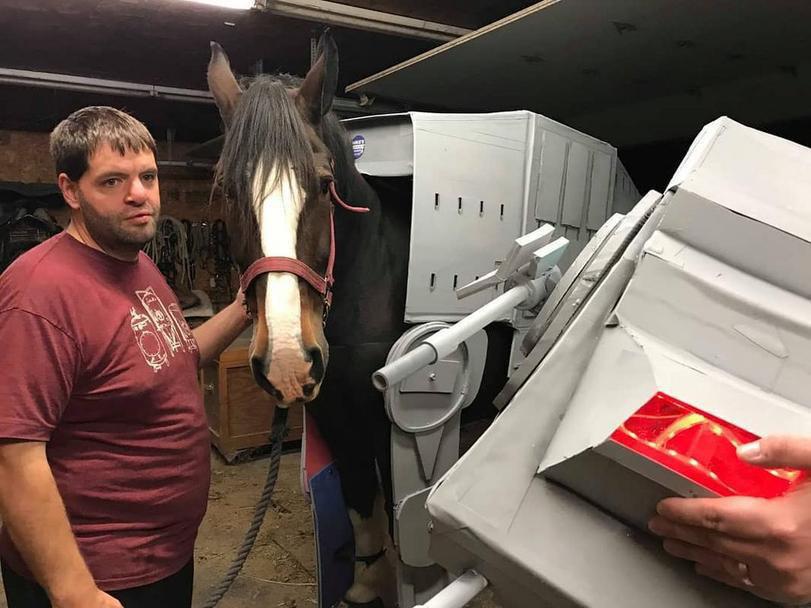 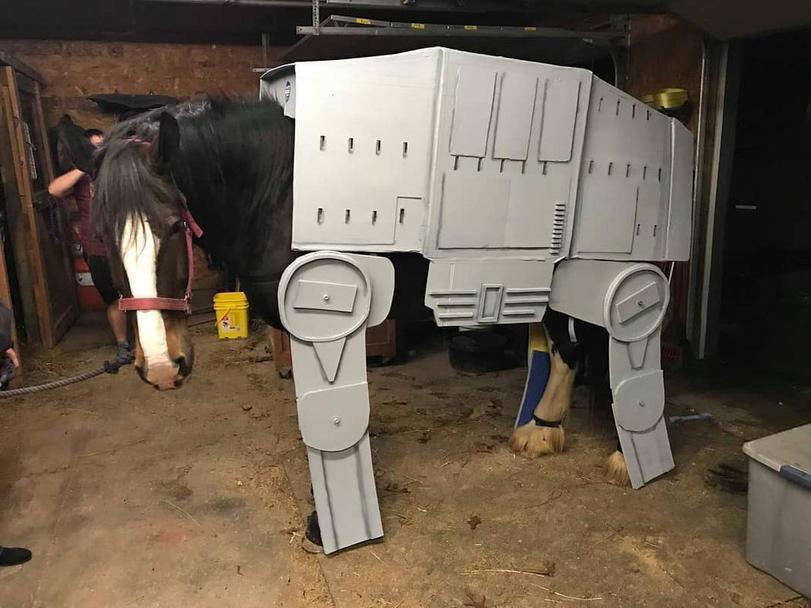 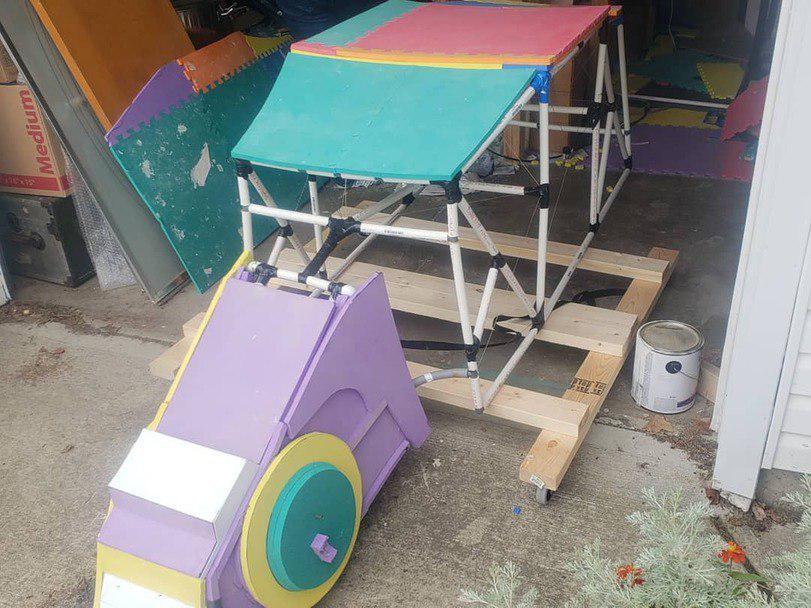 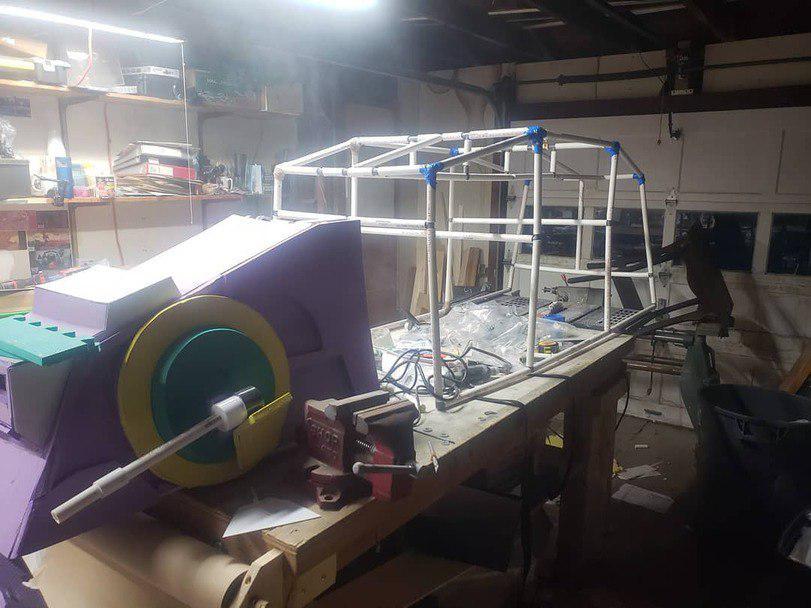 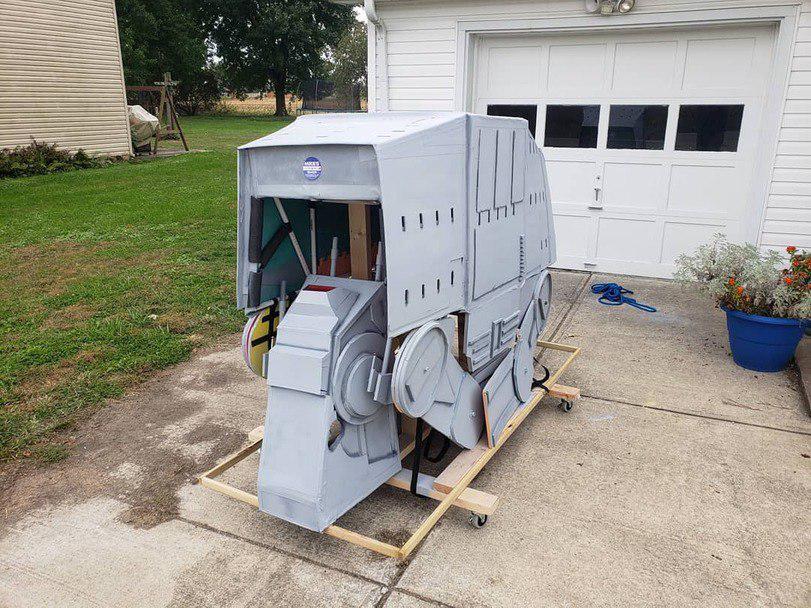 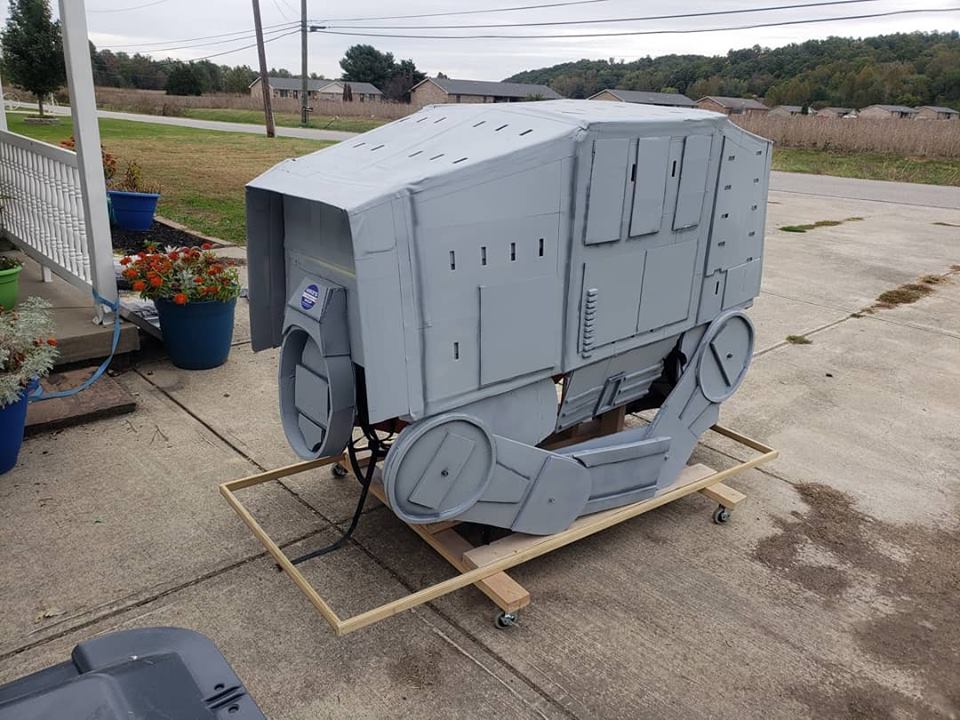 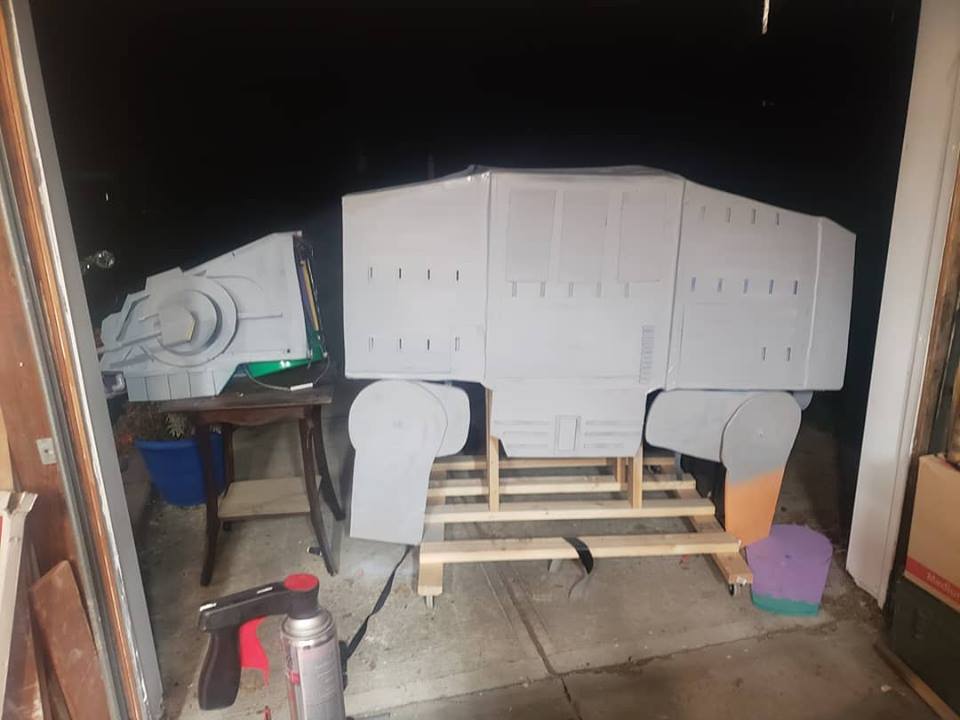 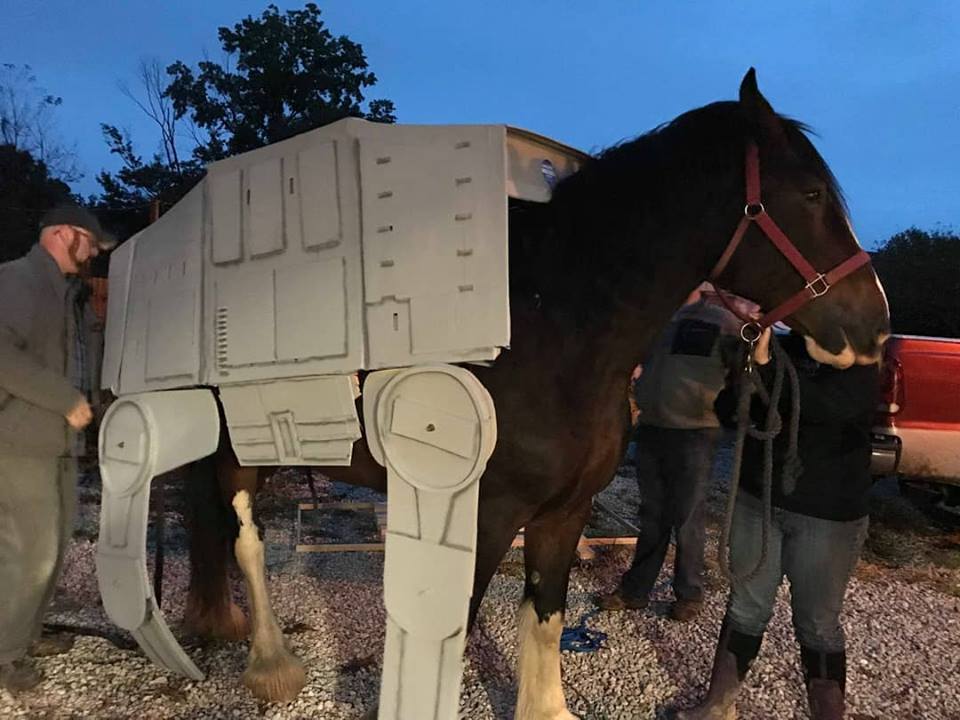 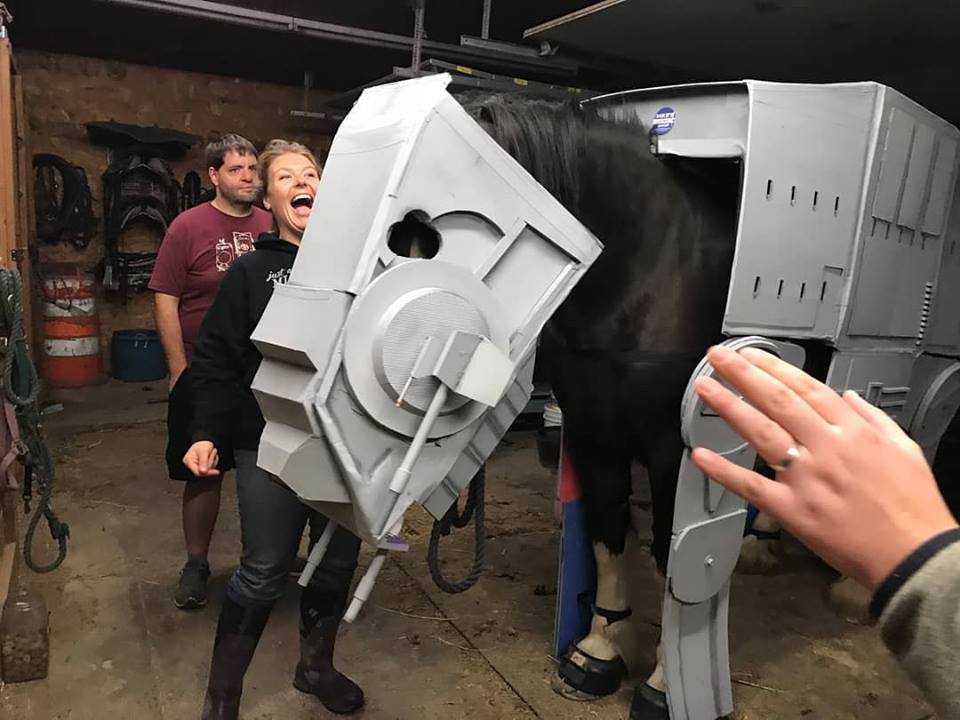