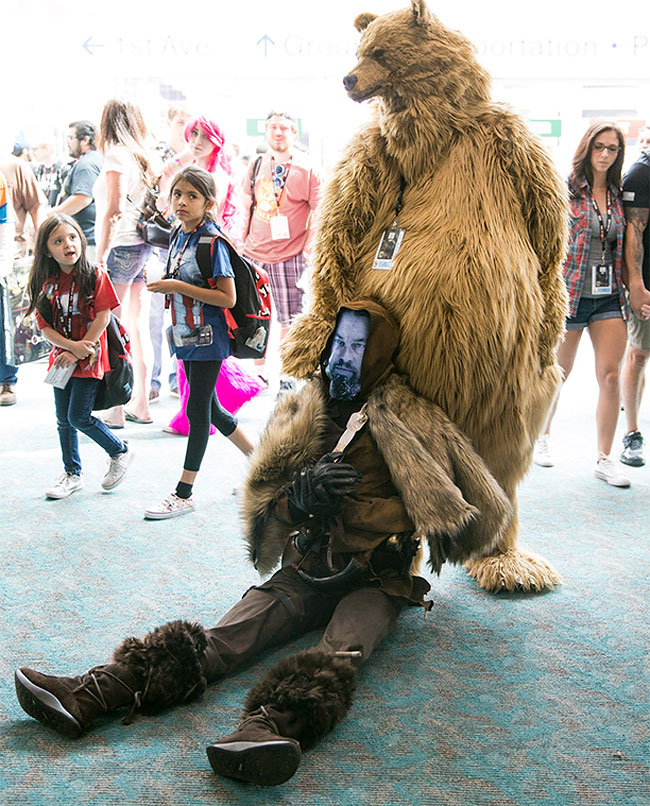 Cosplay master Adam Savage is revealing his annual Comic-Con costume: The former Mythbusters host just stormed the San Diego Convention Center dressed as the vicious bear from The Revenant — complete with a dummy mauled corpse of Leonardo DiCaprio (clutching an Oscar!). It’s might be the most clever costume idea yet from Savage, who recently gave a TedTalk on the subject of cosplay and each year goes incognito at the fan convention dressed in one of his creations. 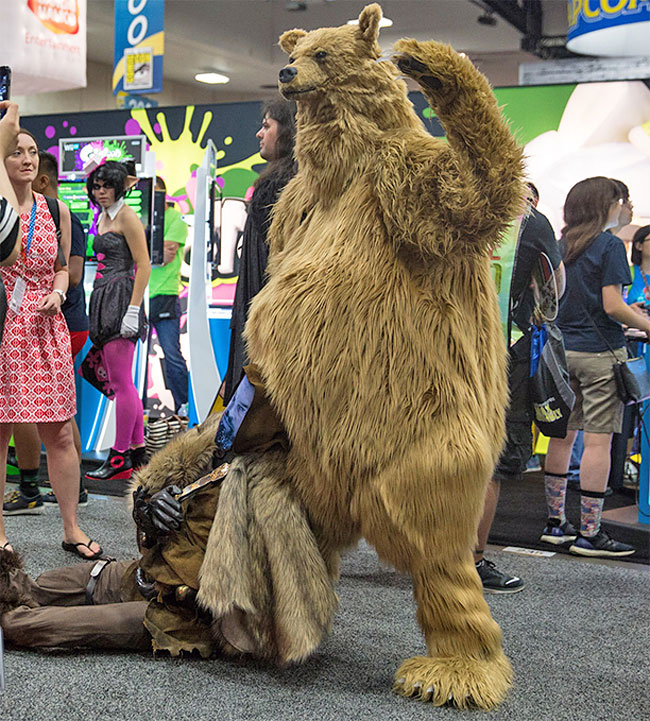 “The inspiration comes from having always wanted to make a big realistic kinda scary bear costume. I couldn’t tell you why, I just like the idea. I’ve thought about it for a few years now, and I was in New Jersey last winter working with Rick Lyon, who’s a master puppeteer, and we were working with fur for puppets and corset boning. And I realized I could make a large costume that was light weight rather than heavy. And I thought the greatest joke would be to be a bear and drag around the carcass of Leonardo DiCaprio.”, Adam told Entertainment Weekly. 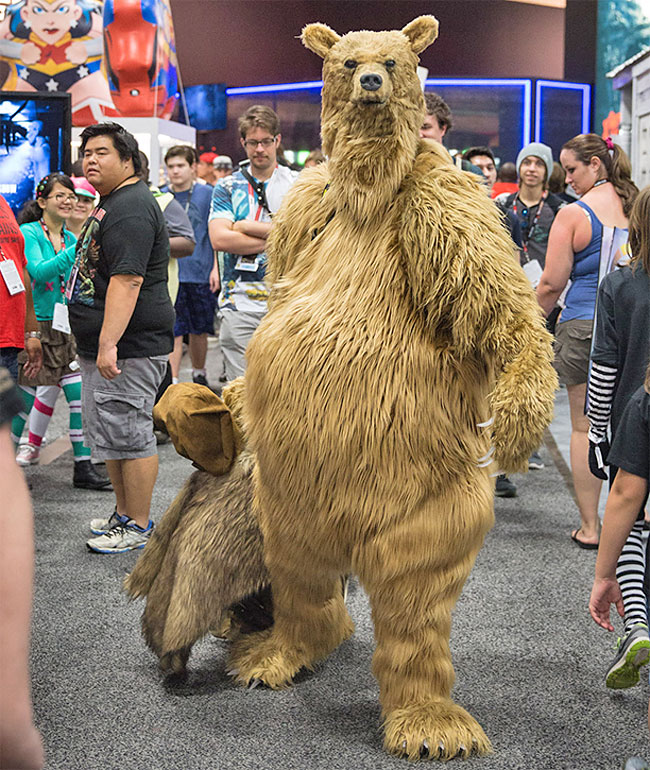 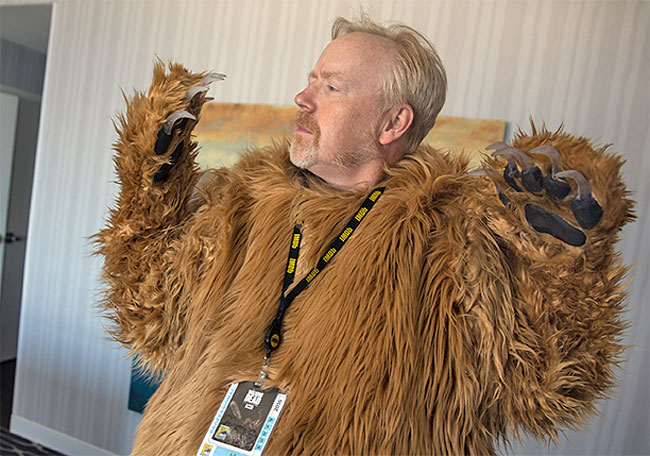 "I Thought They Were Photos!": Japanese Artist’s Exquisite Work Earns Plaudits Online
"Minecraftolution 2017": Cubed Vladimir Lenin Appears In Russian City Of Krasnoyarsk
This Baby Yoda Plush Was Created By A Russian Artist And Is Being Sold For $220
British Designer Liam Hopkins Creates A Full-Sized Cardboard Car For ŠKODA
It Only Takes $100 To Turn Your Yard Into A Parallel Dimension With This 6-Foot-Tall Demogorgon Sprinkler
This Instagrammer Perfectly Matches Her Outfits With Art Masterpieces
This Baker Turns Break-Ups Into Bake-Ups With Her Delicious Instagram Account
The Truth is Out There! Introducing The 2021 Ghana Alien Silver Coins
This Artist Upcycles Textile Waste Into Beautiful And Elegant Resin Stools
The Superb Fantasy, Horror and Comic Art of James Daly
2007 ‒ 2023 by Design You Trust. Proudly hosted by WebHostingBuzz.
Privacy Policy · Terms of Service · Content Removal Policy ❤️ 🇺🇦