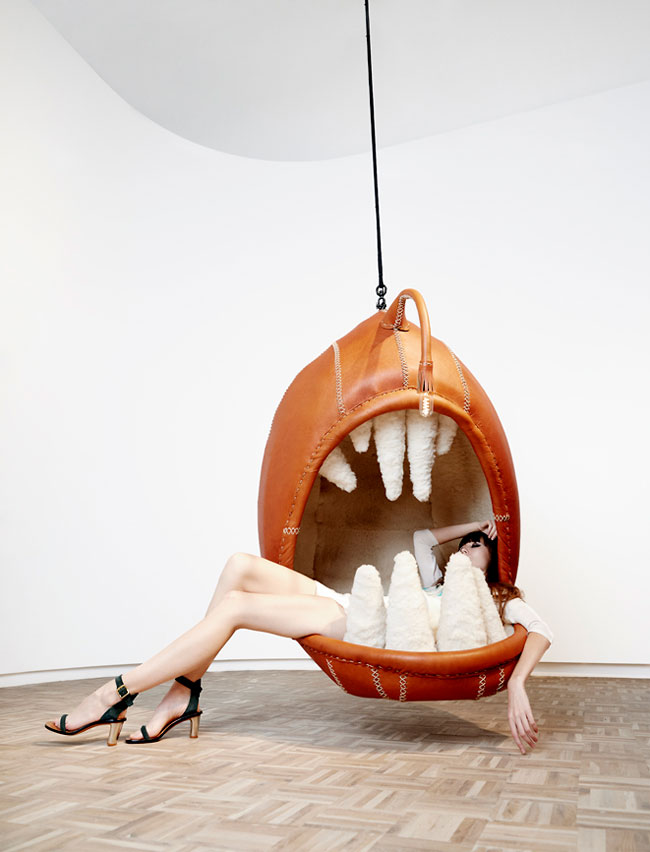 Jonah asked God to rescue him from the belly of a whale probably because it wasn’t very comfortable inside, but Jonah definitely wouldn’t complain about sitting in the mouth of one of these hanging chairs. Designed by Porky Hefer from Cape Town, South Africa, his chairs resemble various creatures. “Monstera Deliciosa” is the name of the project. 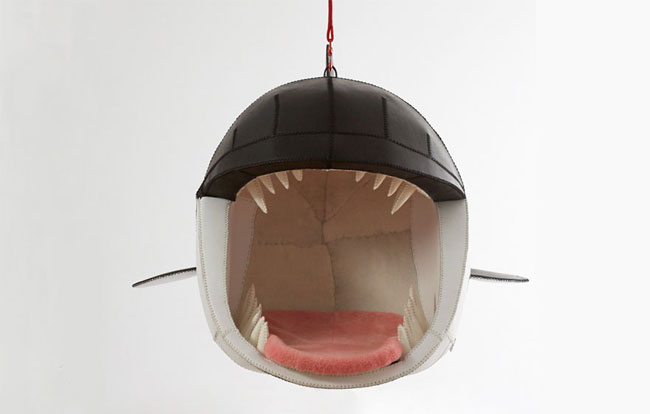 “Ismael has trained weavers at the Cape Town Society for the Blind, where I’ve had a lot of my designs produced,” Hefer writes online. “In this way, I use his traditional knowledge and weaving skills and subvert these into non-traditional forms, making them more relevant.” 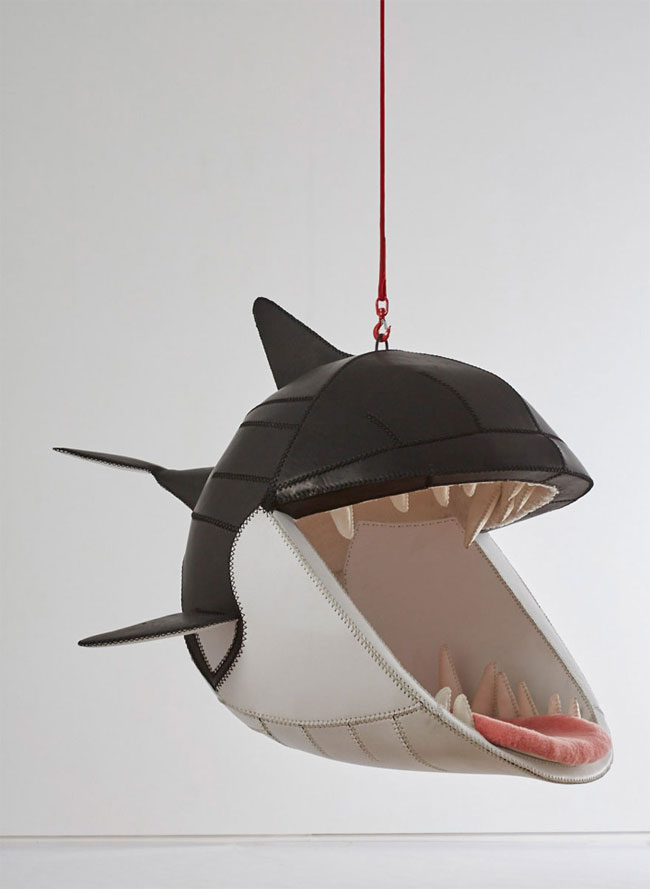 Hefer spent 16 years in advertising, during which time he worked as a Creative Director in Cape Town and New York agencies, and became one of South Africa’s most awarded creatives. Realizing that the higher he climbed, the less he personally created, in 2007 he left advertising to start up a creative consultancy, Animal Farm. Four years later he founded Porky Hefer Design. Hefer focuses on conceptual precepts, which manifest in three dimensional forms in a variety of executions, from public sculpture to product and furniture design. Intrigued by the reactions and energy a piece can generate, he embraces Africa and the skills that are readily available indigenously, rather than trying to emulate foreign processes. Hefer sees beauty in the functional, the ordinary and discarded. He regularly challenges our relationships with everyday objects, inspiring us to look again. 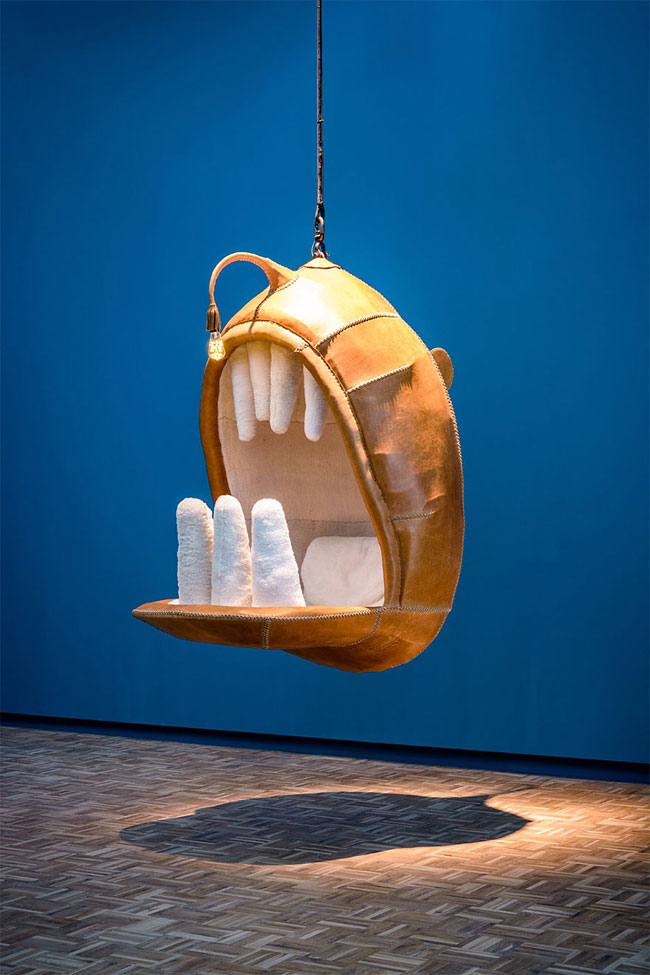 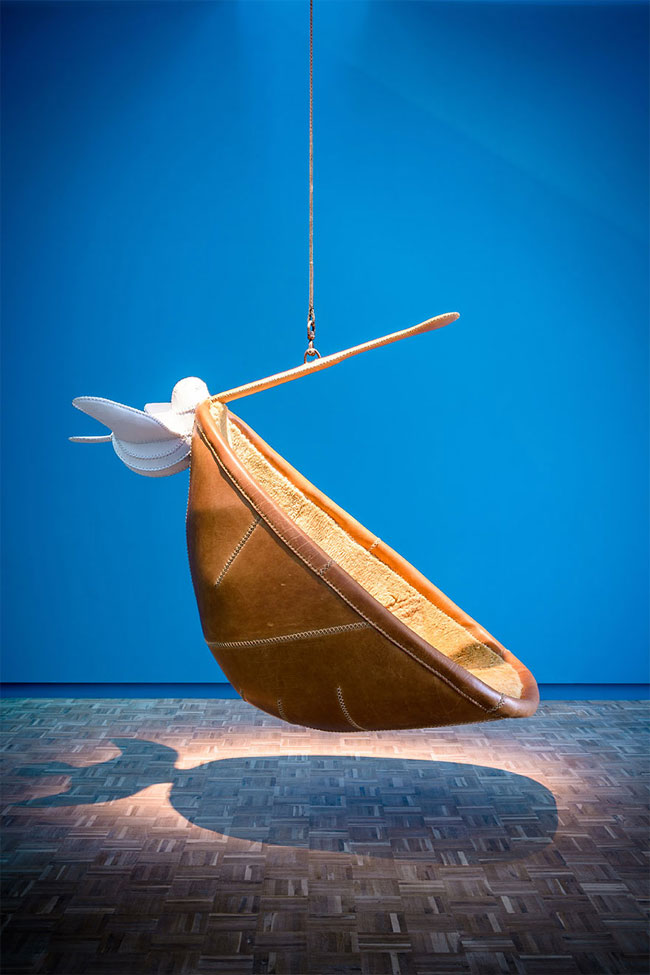 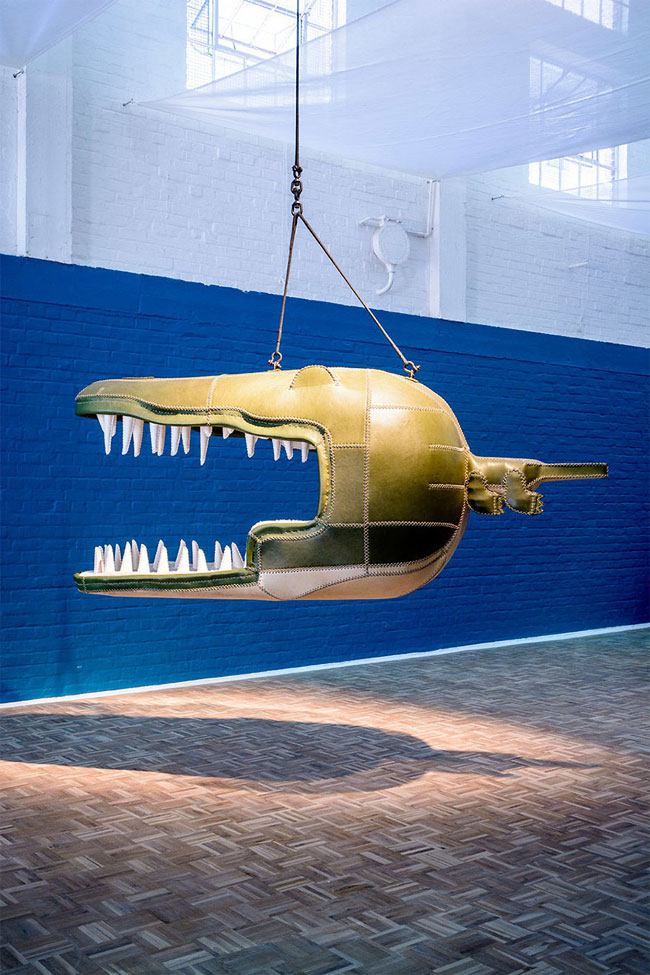 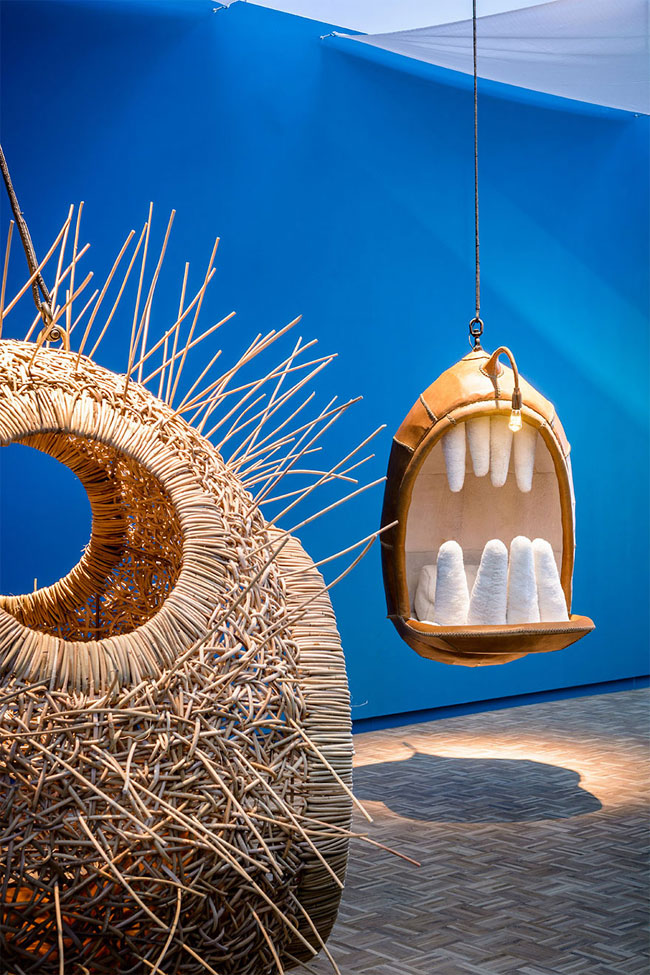 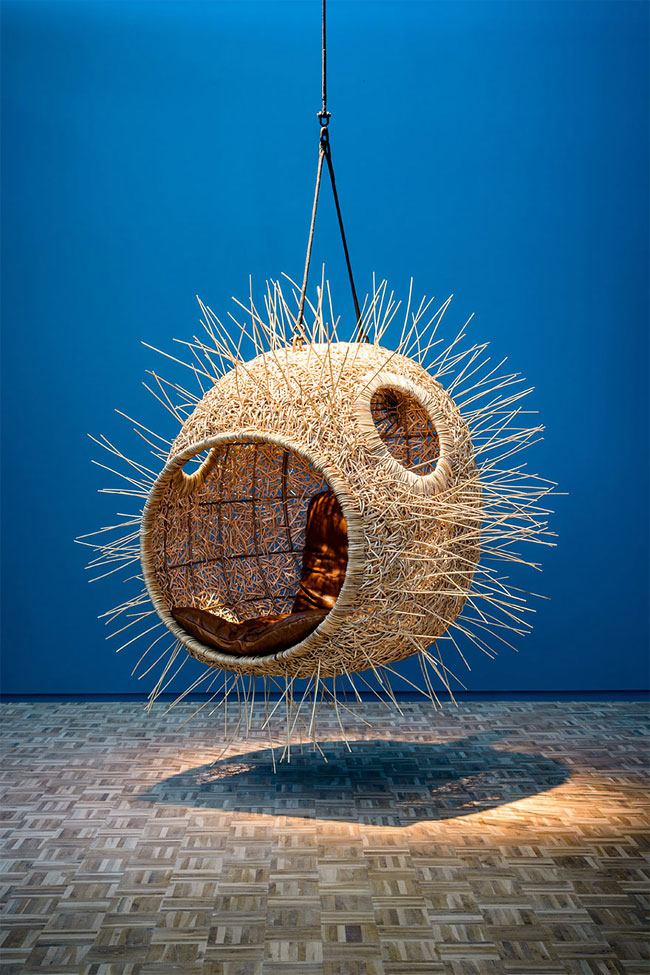 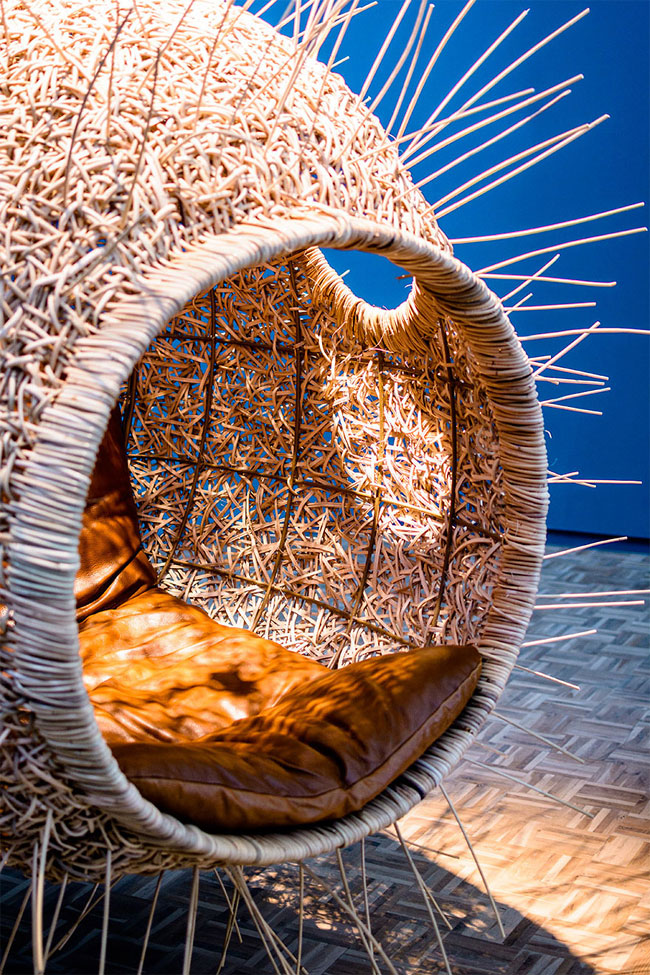 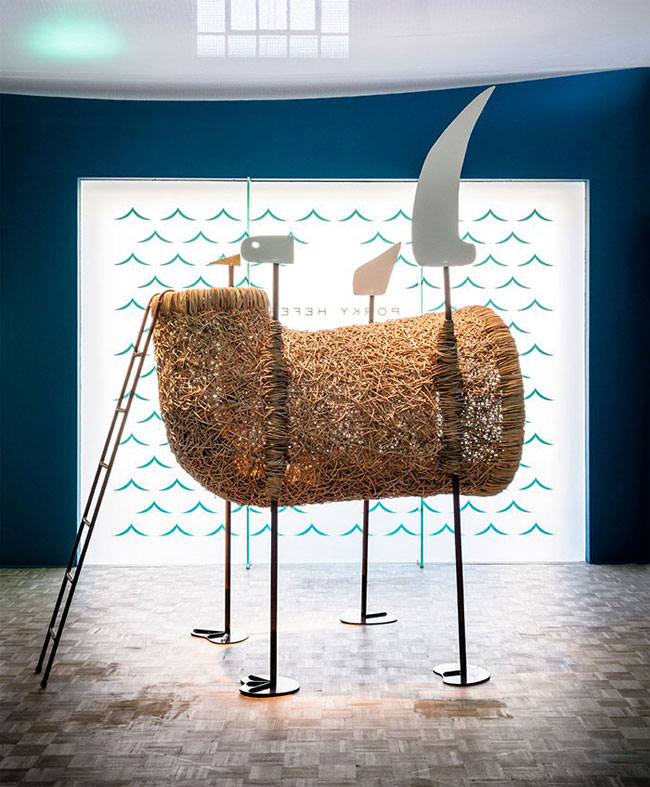 Hong-Kong Artist Chuchu Creates Outrageously Gorgeous Sculptural Hats
These Granny Panties Will Revolutionize Your Life
Everyone Will Love the New and Unusual Folding Beach Hammock
Bizarre Apex Predator Shoes Get A Full Tooth Implant For Soles
This Guy Collected Beijing's Smog And Made It Into A Brick
Vintage Japanese Watercolor Sketches of Toy Designs
Offensive Plates To Insult Your Guests With Class
Surreal Photos Of Japanese Playground Equipment At Night By Kito Fujio
Cyberpunk In St. Petersburg: Historic Statue Gets A Security Camera For A Head
Artist Spent 50 Hour Process of Folding an Origami Samurai from A Single Square Sheet of Paper
2007 ‒ 2022 by Design You Trust. Proudly hosted by WebHostingBuzz.
Privacy Policy · Terms of Service · Content Removal Policy ❤️ 🇺🇦